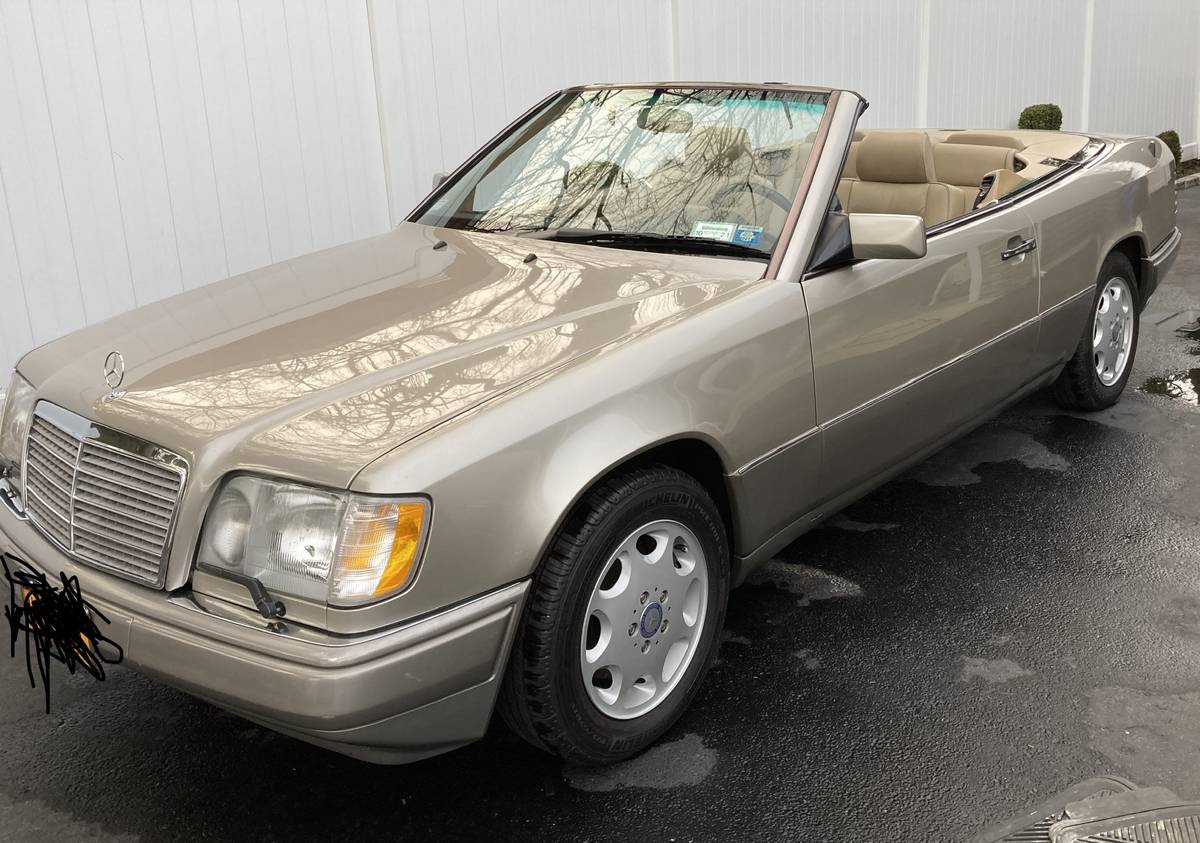 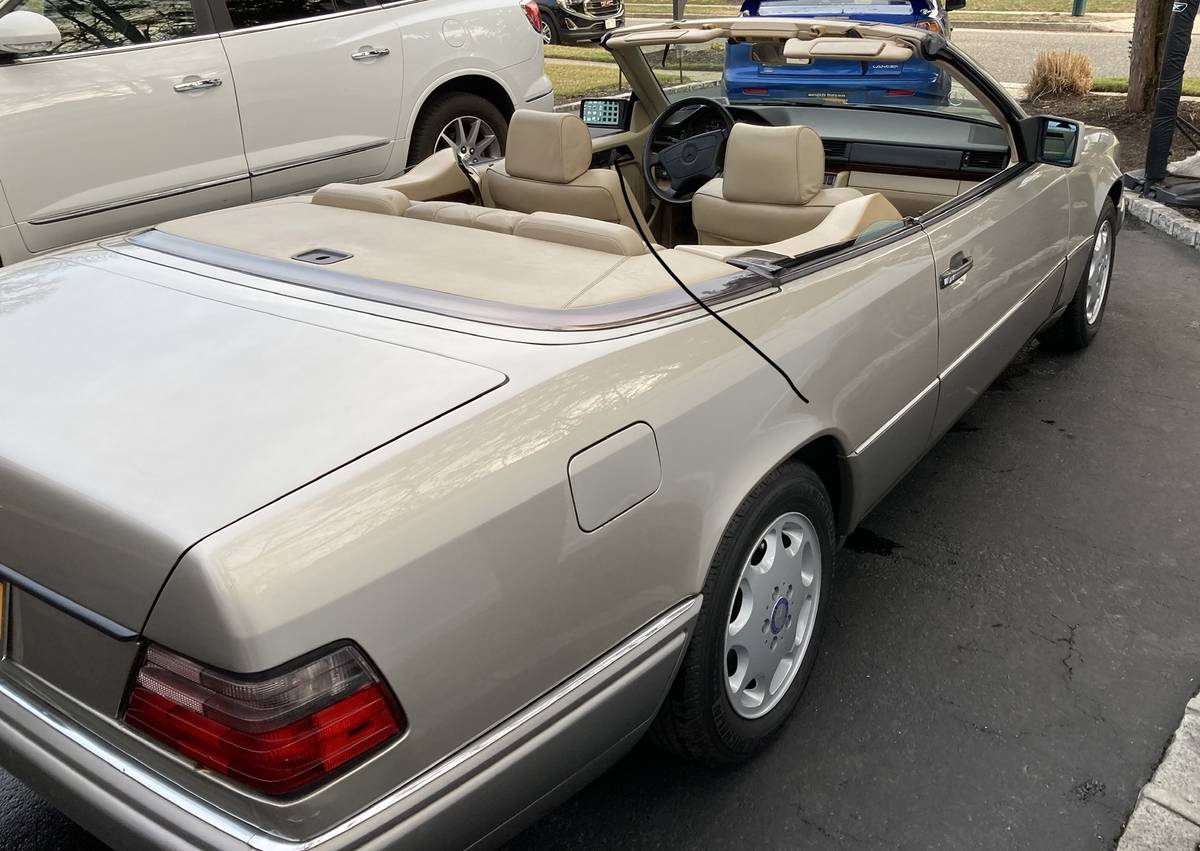 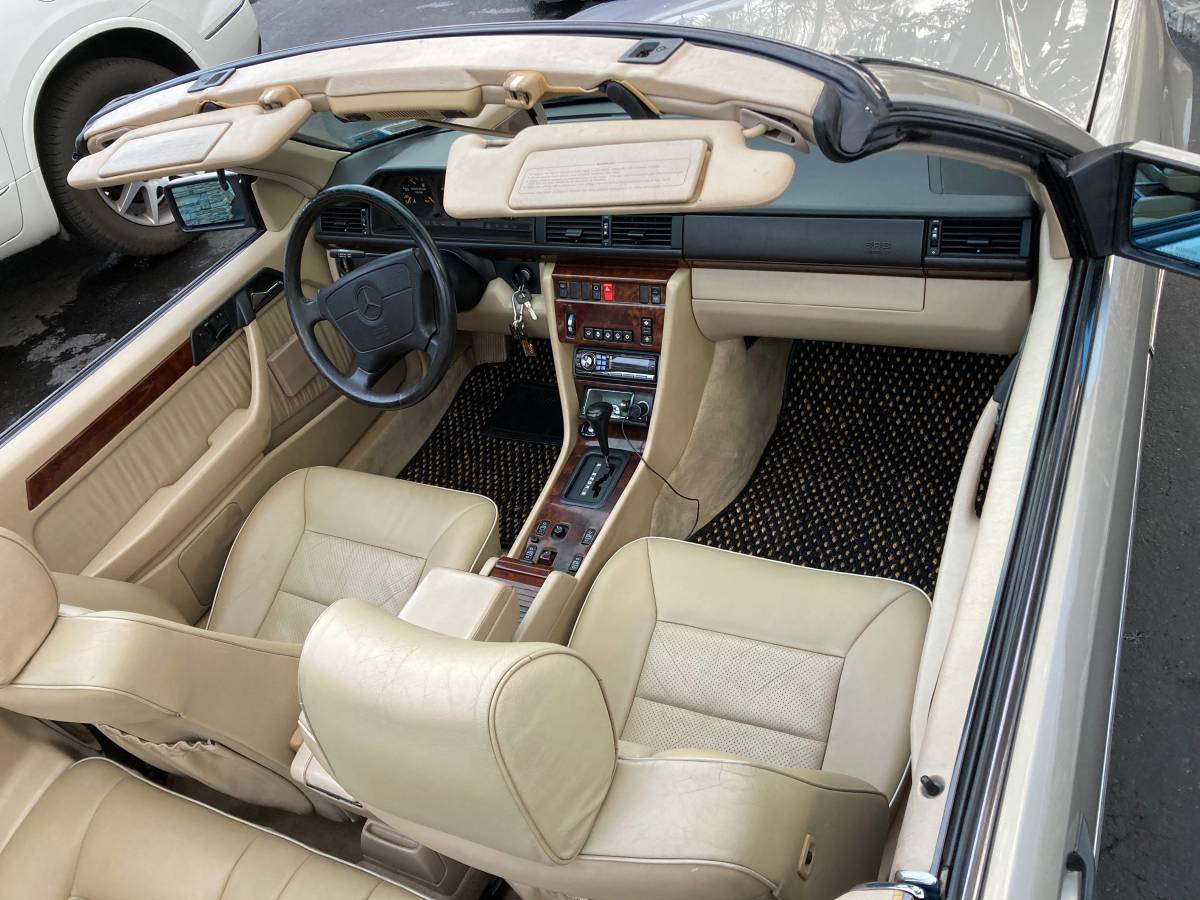 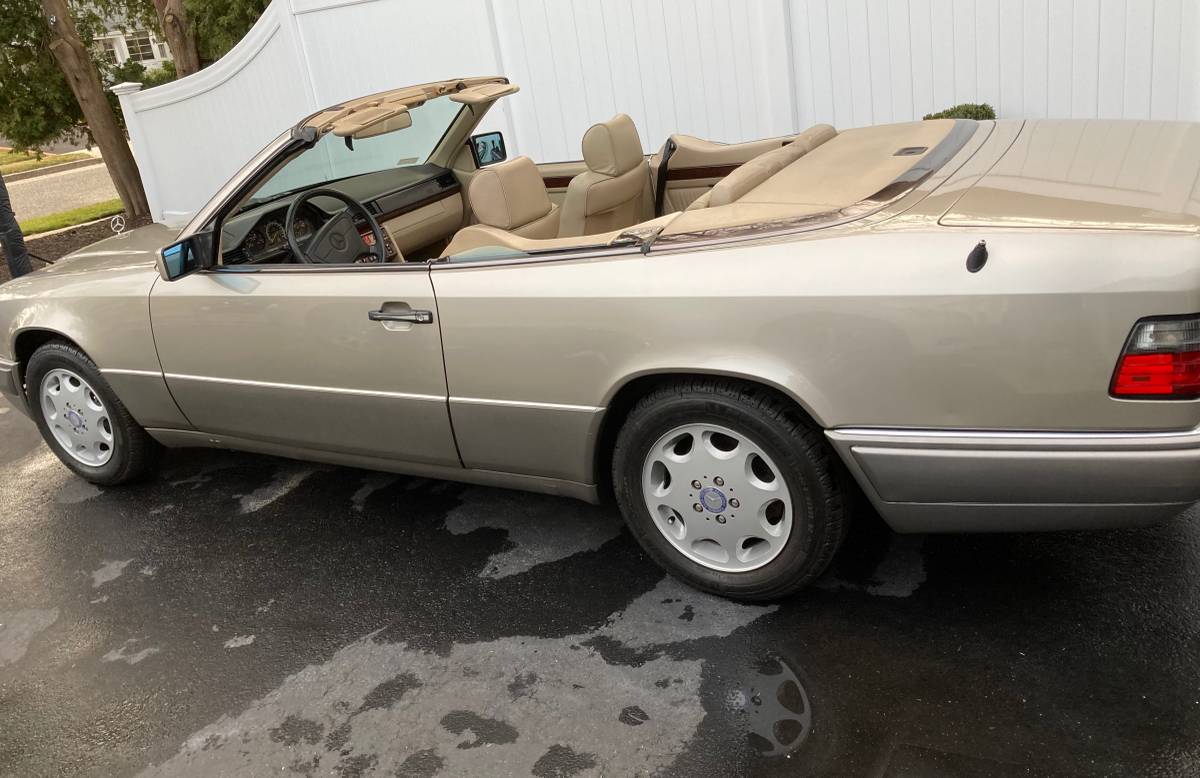 July 22, 2021 Update – We just confirmed the listing for this “Classifind” expired, so with no replacement found we’re assuming this ride “Sold?” While this one got away, please reach out either by email or call us directly if you’d like to be informed when we come across something similar.

With summertime in full swing, it’s hard not to be tempted by an affordable drop-top driver like a Mercedes-Benz E320 Cabriolet. This 1994 example originally listed in June 2021 on Craigslist on Long Island is clad in one of the least exciting colors but this could be to the buyer’s advantage as it is said to run well with some pricey maintenance items recently completed. The seller is asking $12,000, which compares favorably against the Hagerty Insurance Online Valuation Tool that lists an “Excellent” example at $20,800 and a “Good” quality offering at $11,900.

It’s hard to go wrong with any offering from Mercedes’ W124 lineup. The model line is most often associated with the classic sedan offering that combined handsome looks with rugged mechanicals and bank vault-like construction. To this day, you can walk up to any 1980s-era 300E sedan and find the doors still close with an impressive thunk and leave no doubt that it was built in the golden era of Mercedes-Benz engineering. The rectangular shape would give way to a more rounded appearance with the end of the W124 lineup, which featured some of the best cars the company has ever built, especially when equipped with a V8 like the E420 and 500E models. The convertible was immediately blessed with the sort of timelessness of all the greatest cars ever built typically have, as examples in good cosmetic order look like they belong parked in the front row of the country club just like the newest convertible offering from Stuttgart.

This E320 Cabriolet looks to be a decent driver – not the best we’ve seen, but the photos could be working against it. The inoffensive color scheme is bland at best, and potentially a reason for driving the price lower at worst. Tan over tan has never worked well on collector cars, despite being a popular look in the late 80s and early 90s. While the red and black E320 convertibles will likely command a premium over this car, a savvy buyer can use it to their advantage and get a solid driver for less than the usual asking price. The seller reports several big-ticket maintenance items have been addressed while in his care, including a new radiator, refreshed convertible top hydraulics, and the factory alloy wheels refinished. The air conditioning is said to still blow cold, and with under 130,000 miles, there’s plenty of life left in the inline-six powerplant. There’s plenty of warm weather drive time to be had – good luck with the purchase if you take this classic Mercedes convertible home.

“Car runs very well. The convertible top works great. Had all the hydraulics done. New radiator. Had rims refinished. This car is is great shape. The paint and interior is nice. Air conditioner works very well. A very smooth and nice car for the summer.“