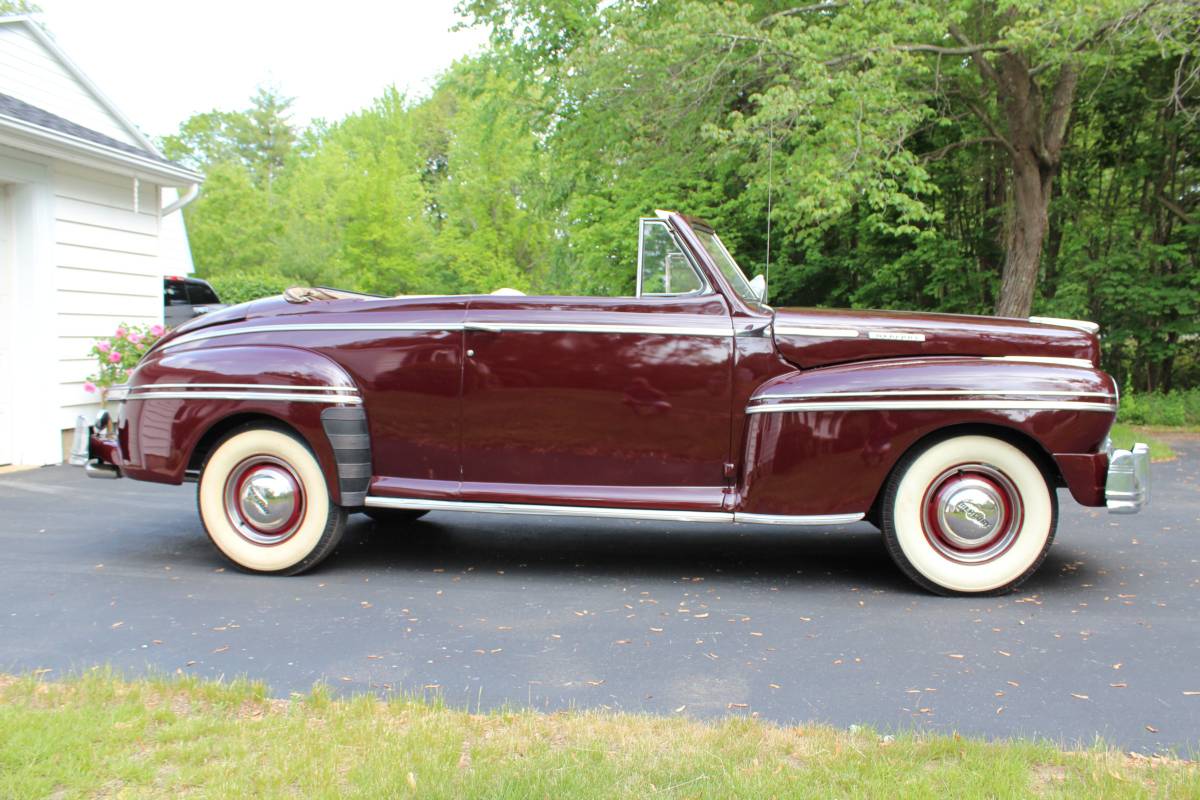 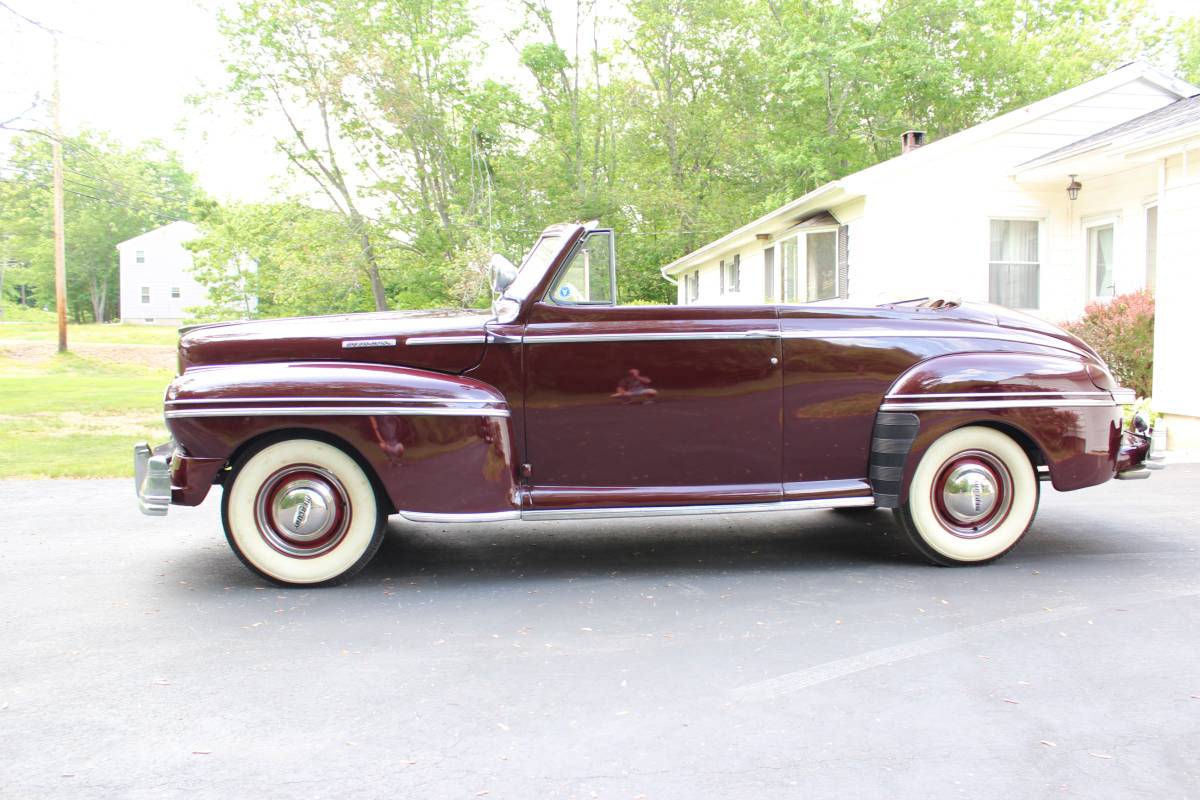 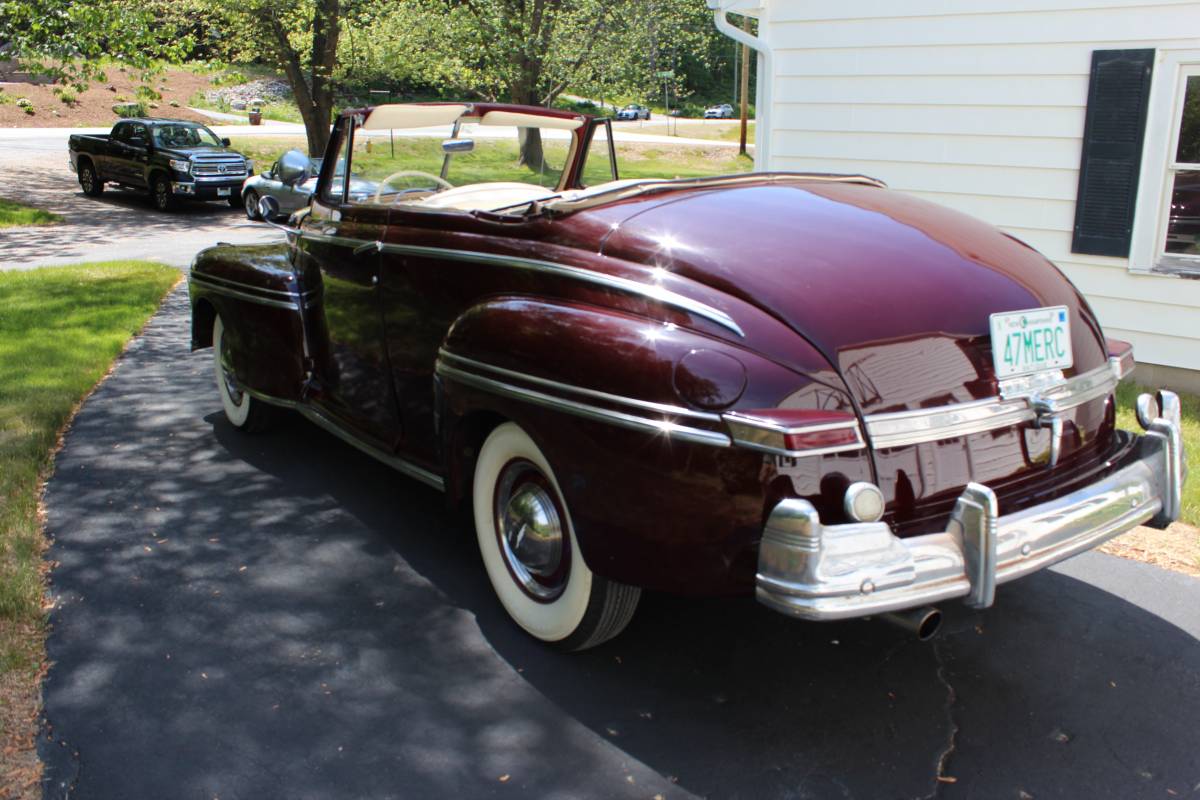 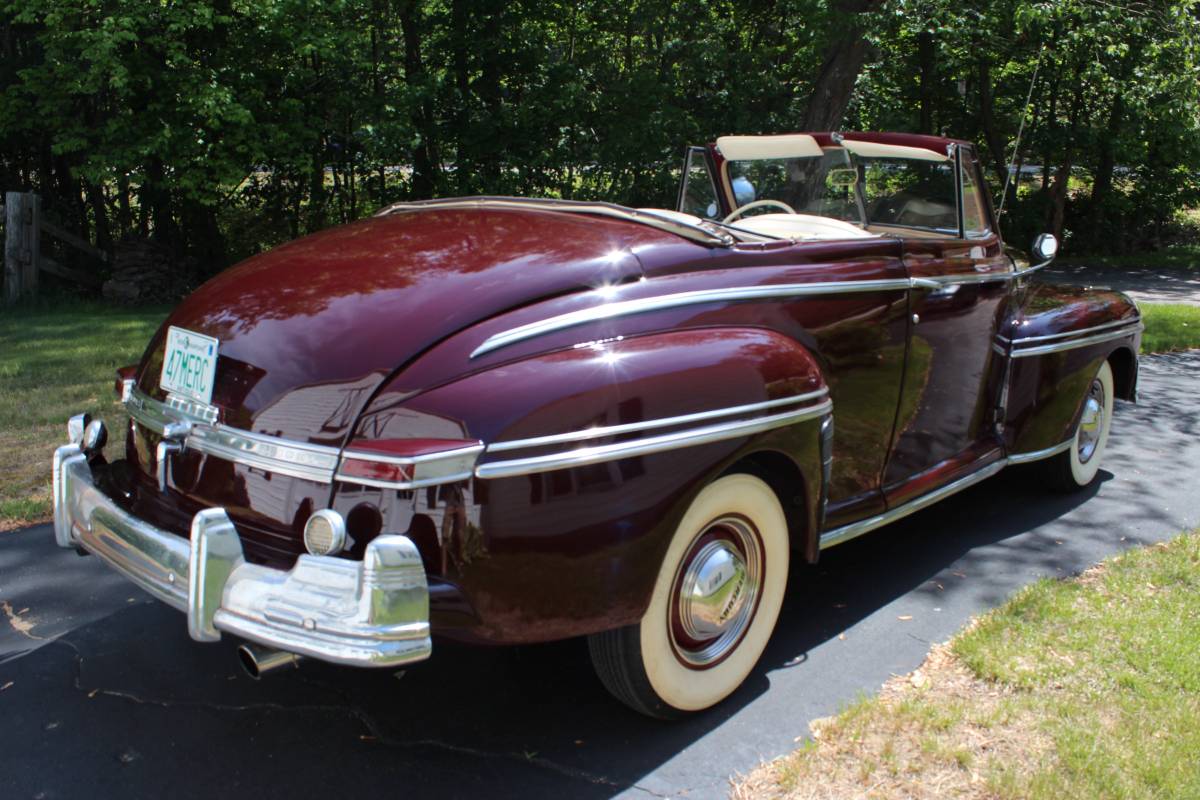 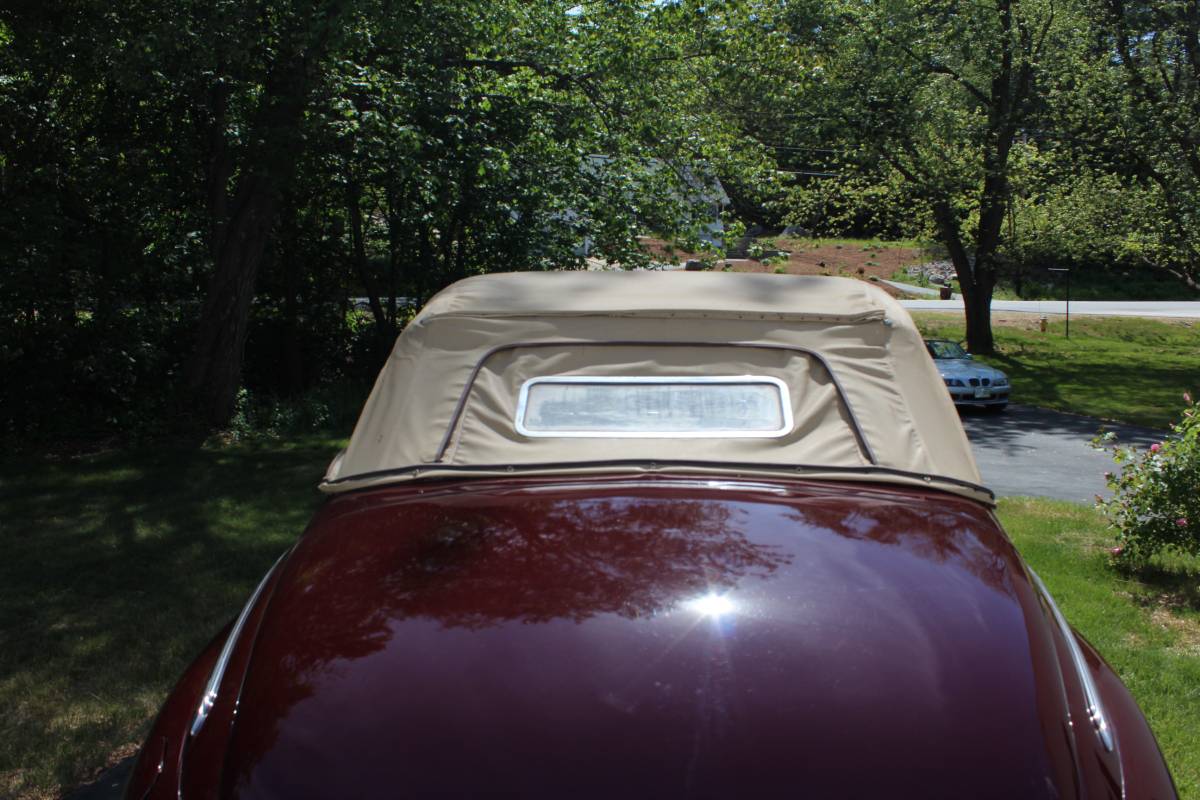 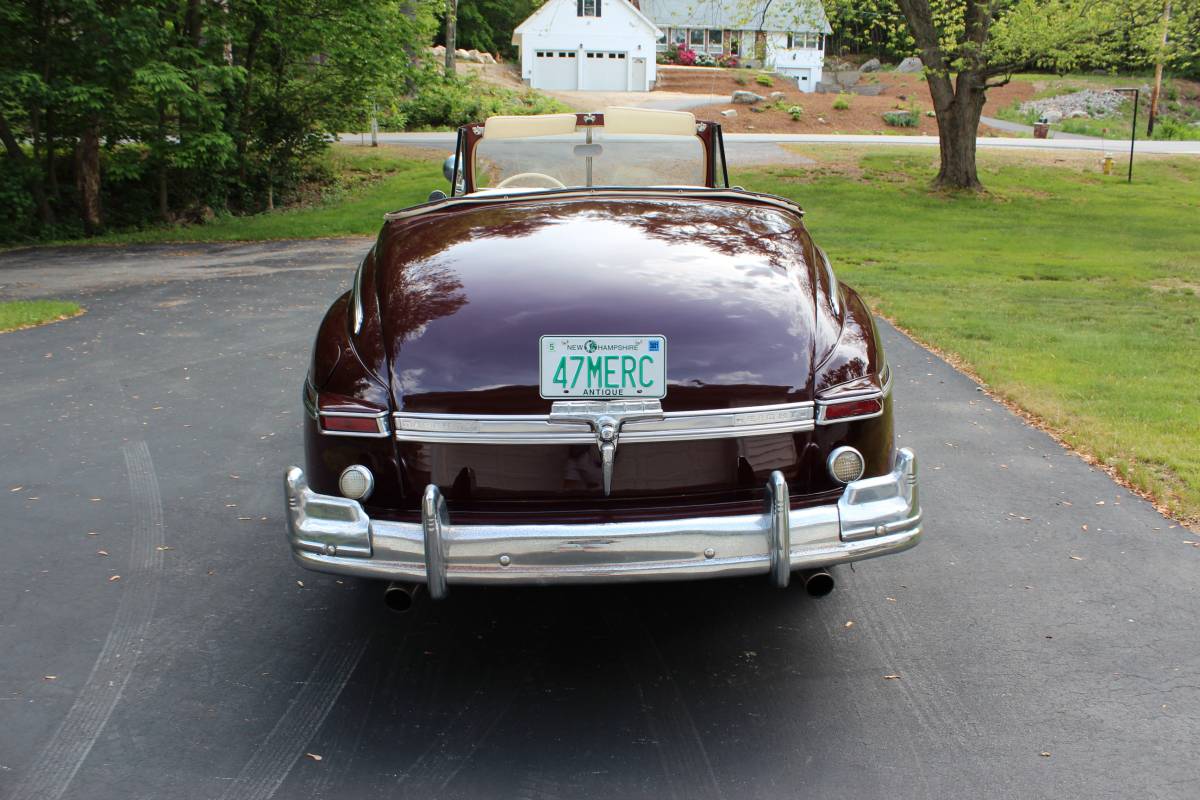 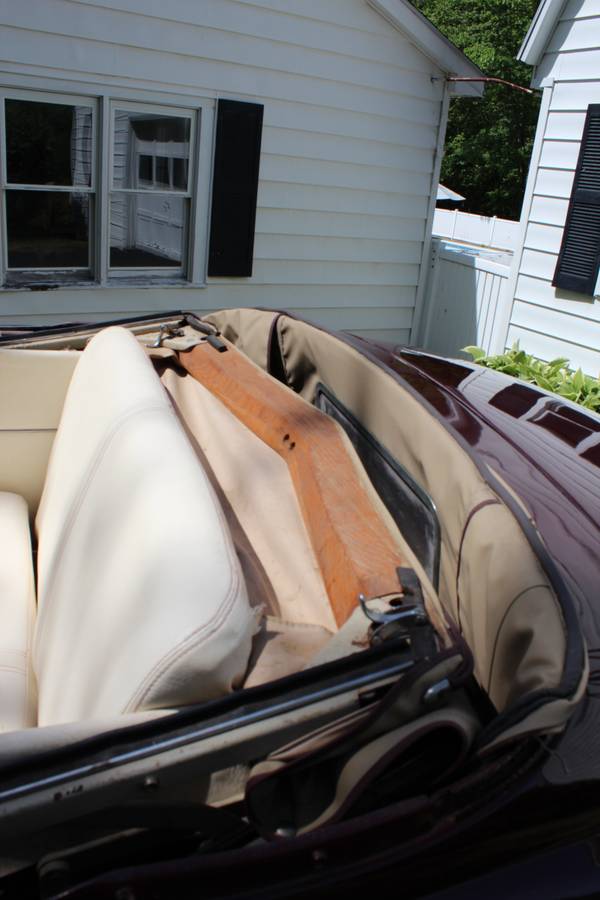 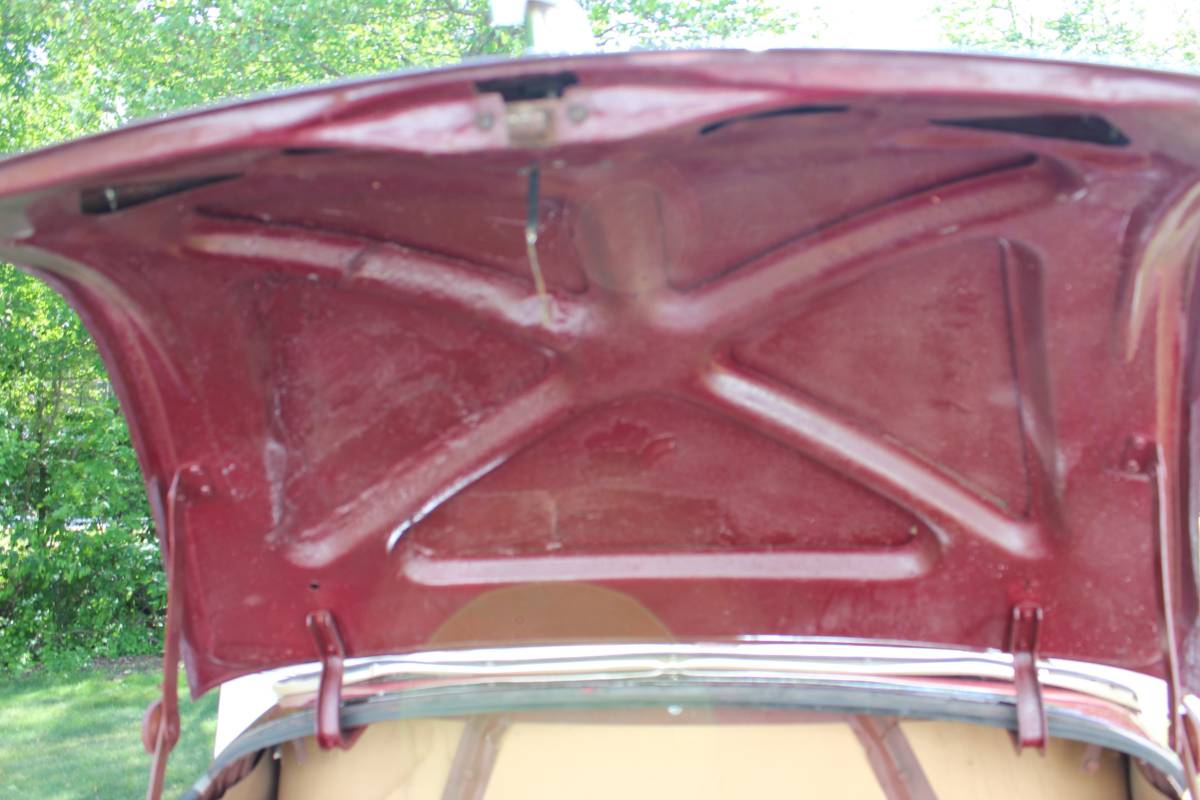 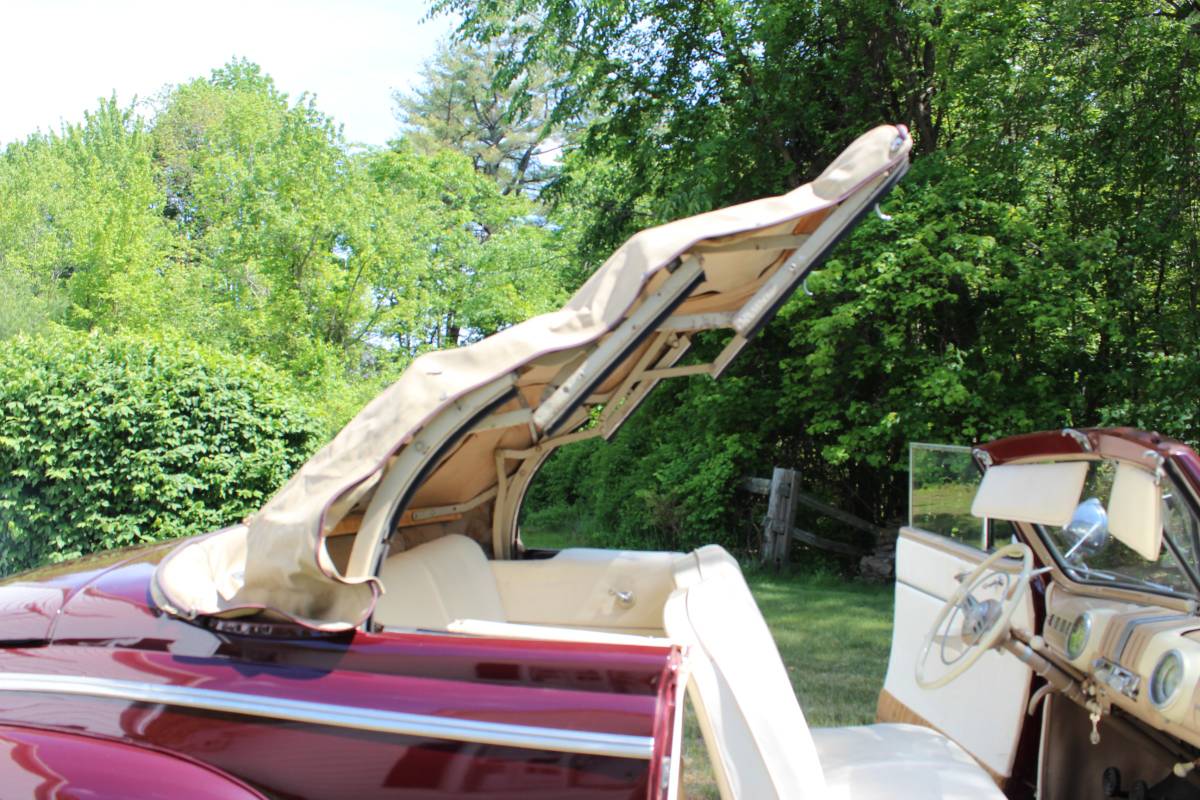 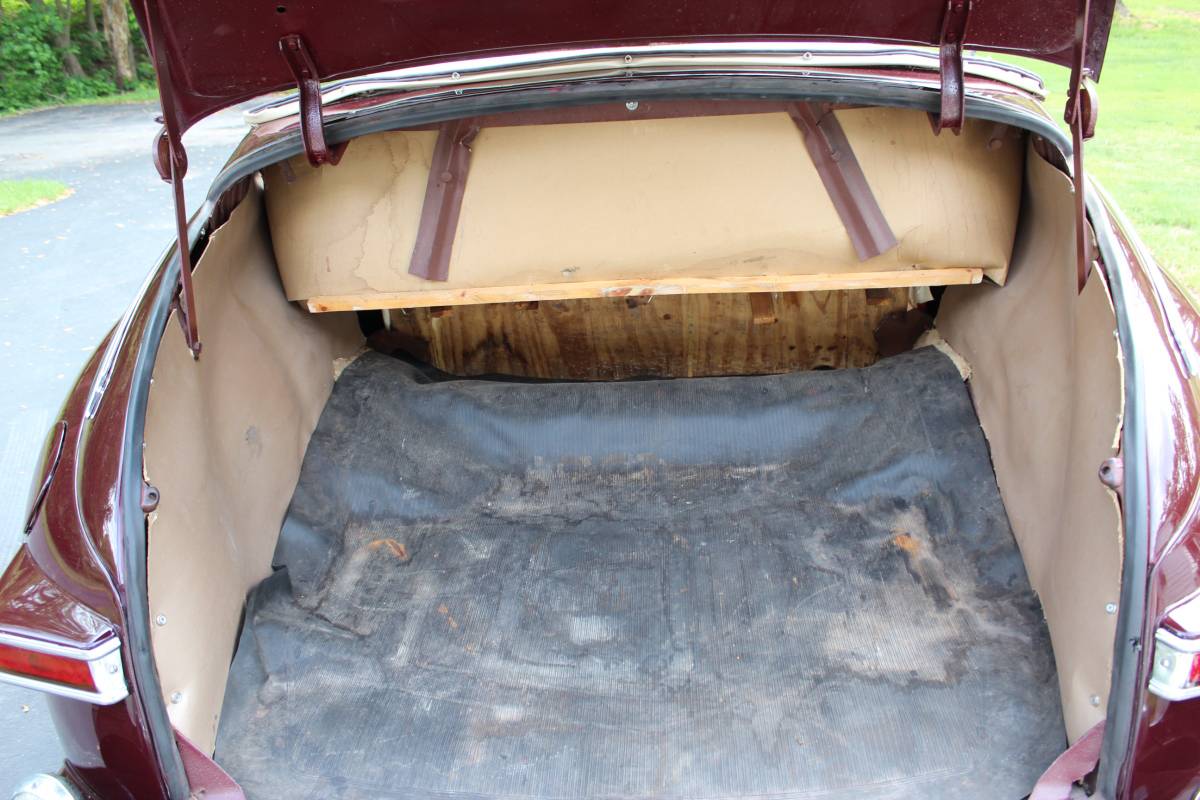 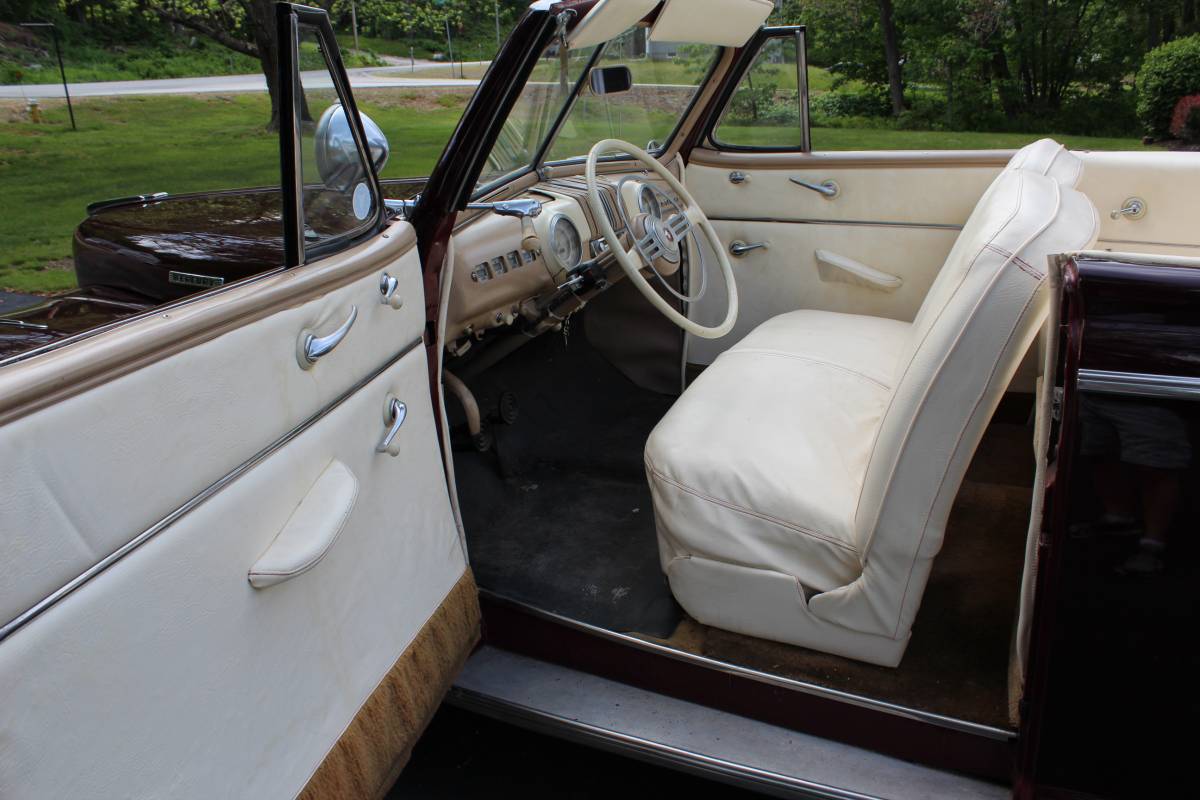 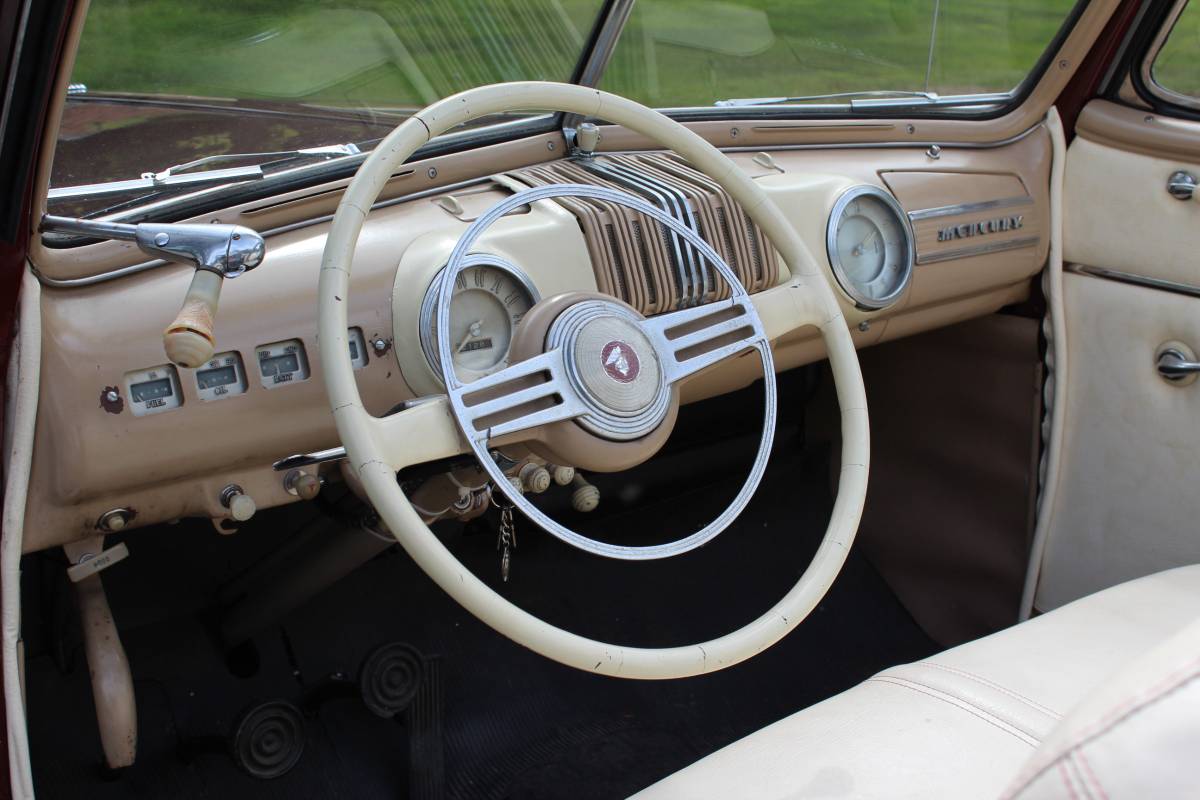 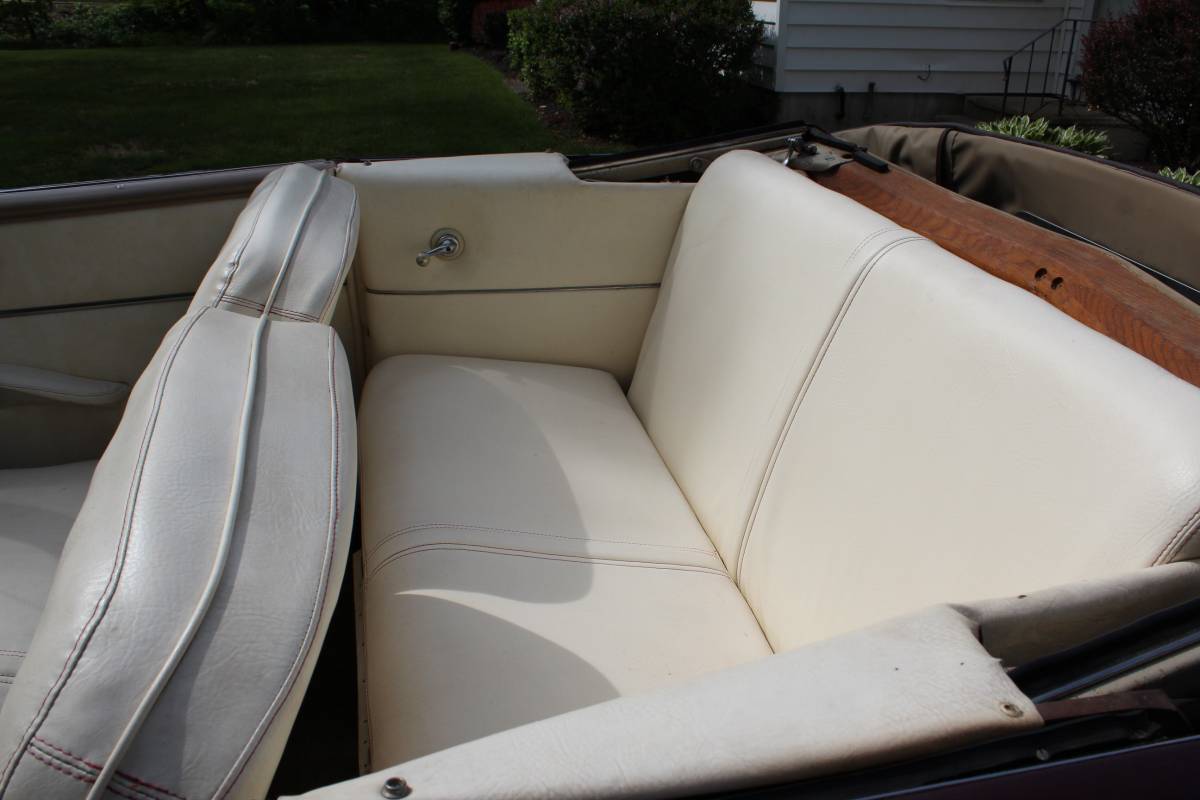 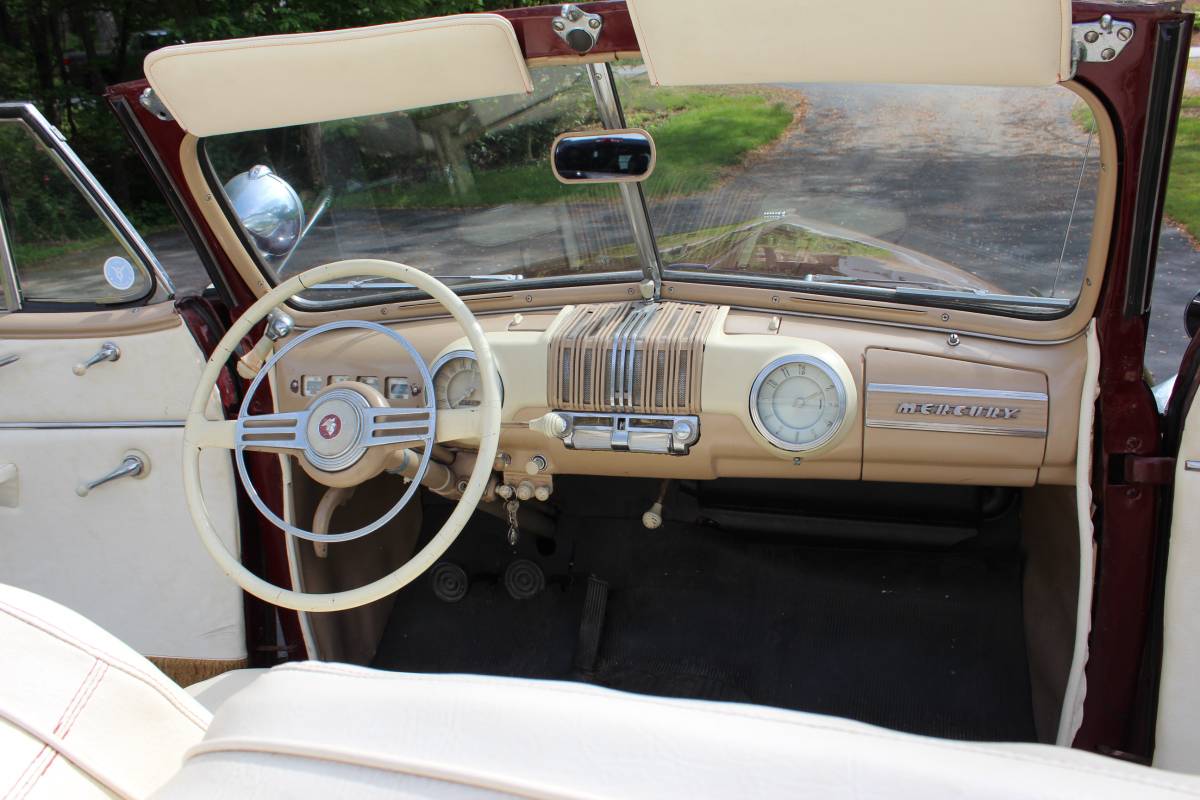 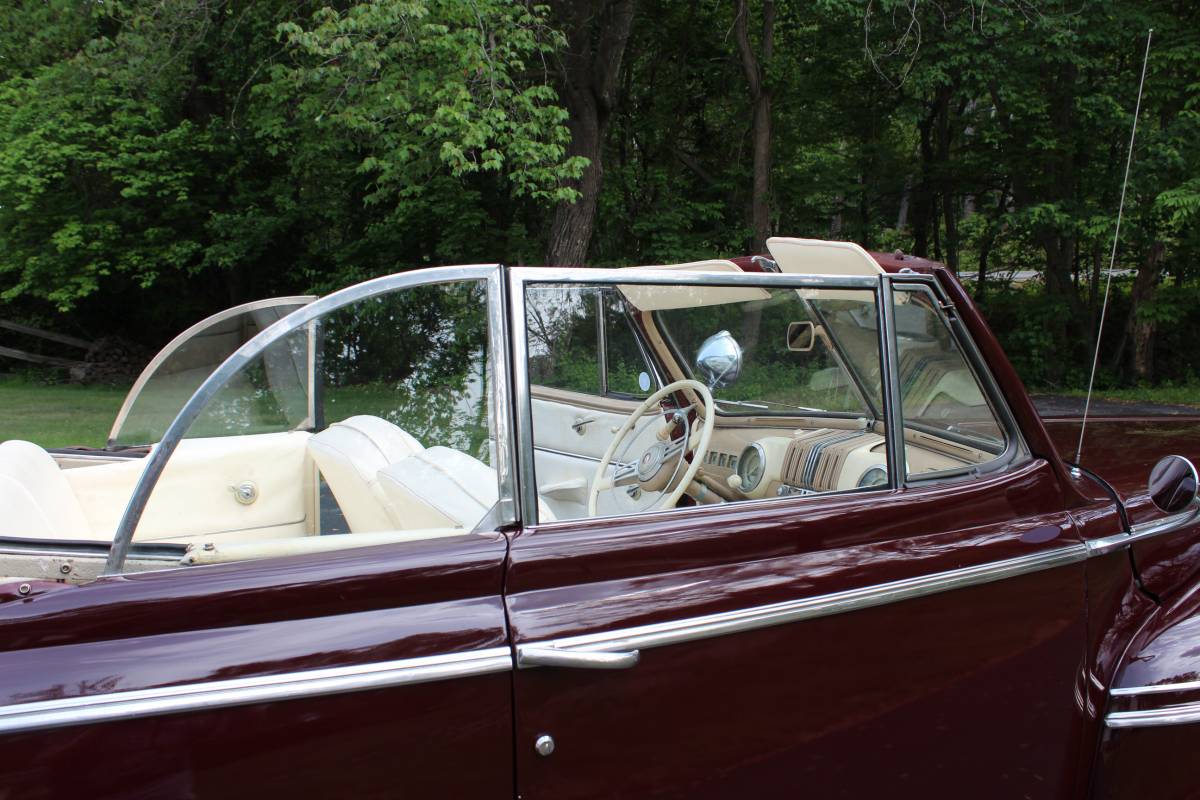 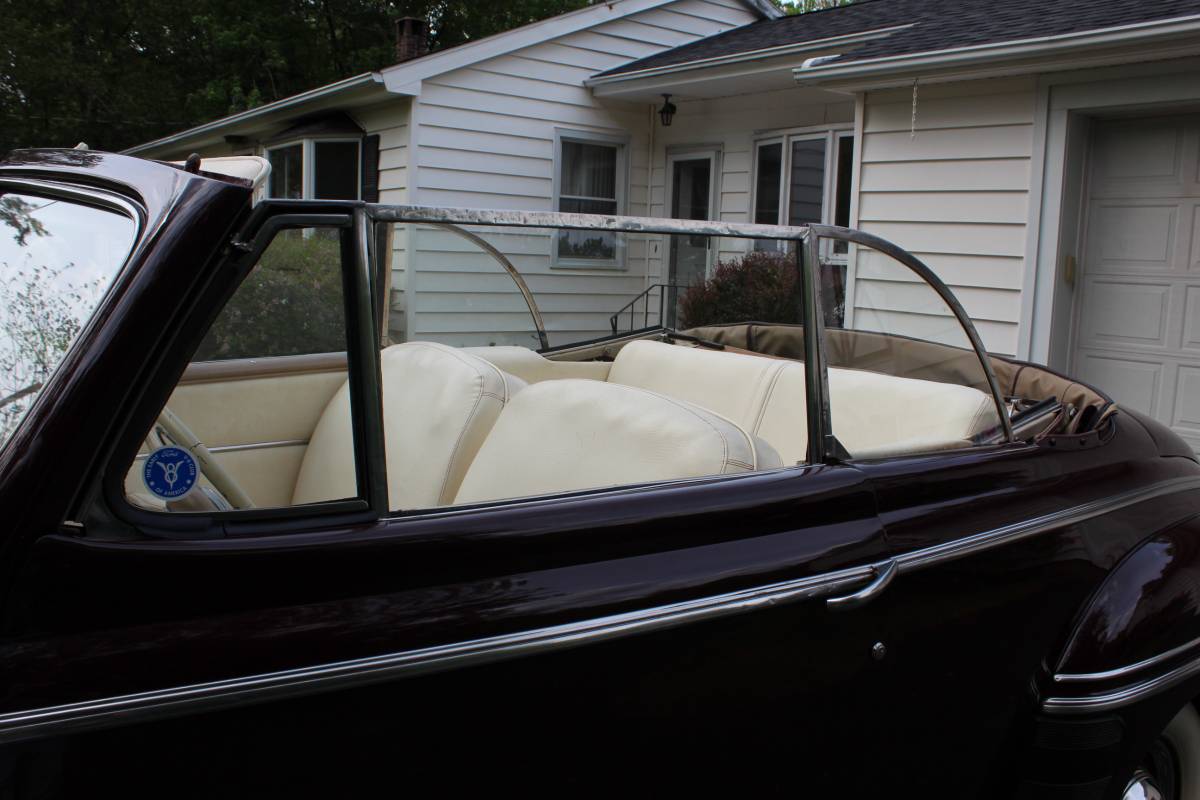 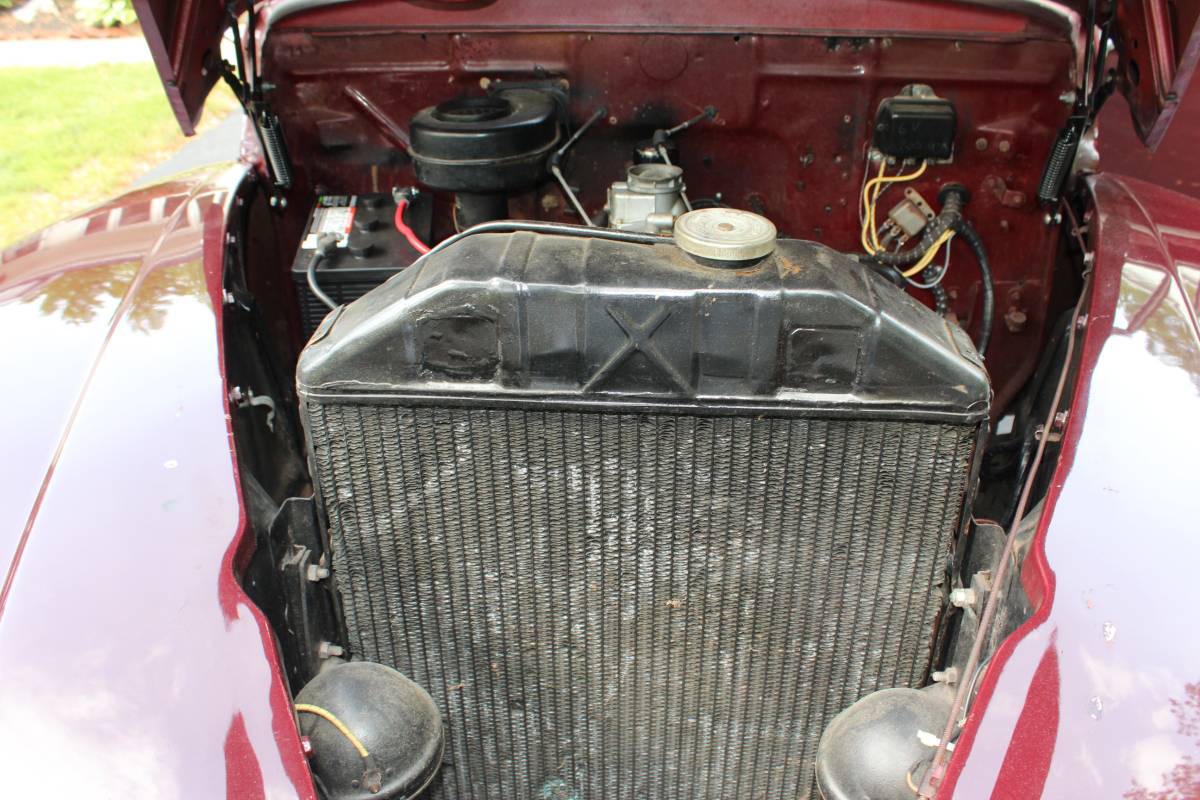 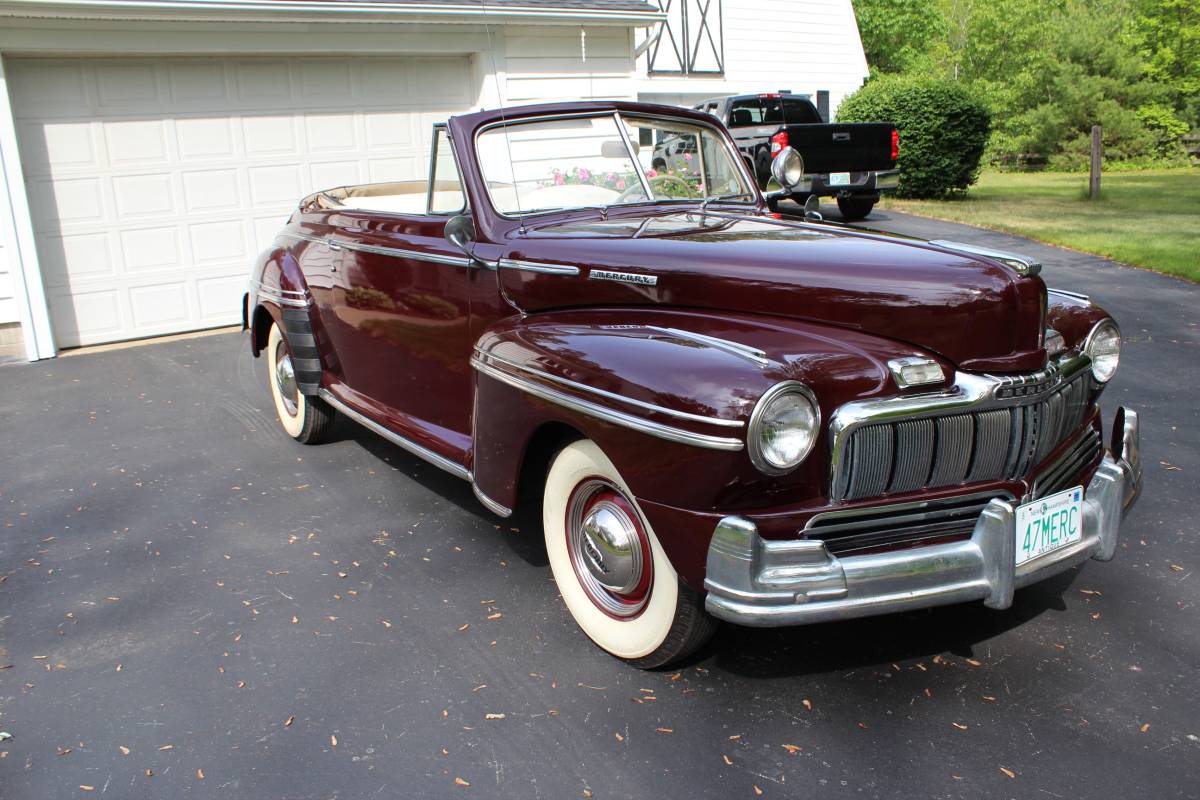 July 14, 2021 Update – We just confirmed the listing for this Ford “Classifind” expired, so with no replacement found we’re assuming this ride “Sold?” While this one got away, please reach out either by email or call us directly if you’d like to be informed when we come across something similar.

In some ways, today’s post-pandemic economy must mimic what it was like following the end of World War II, as pent-up demand for new automobiles forced manufacturers to stick with their early 1940s pre-war designs due to material shortages needed for tooling changes. Surprisingly, Ford took the longest to develop a new post-war line as these cars were not launched until the fall of 1948. Consequently, both Ford and Mercury dealerships made do with cars for the ’46 through ’48 model years that traced their design roots back to the early forties.

A prime example is this 1947 Mercury Eight convertible originally listed in June 2021 on Craigslist in Concord, New Hampshire.  Receiving a refurbishment between 2007 and 2008, this older restoration is now offered by its current caretaker for $42,500 or best offer. Comparing that price against the Hagerty Insurance Online Valuation Tool confirms the private seller has their Mercury priced between this guide’s #3 “Good” estimate of $30,000 and its #2 “Excellent” appraisal of $54,900.  As a second data point, the  Collector Car Market Review Online Tool reveals the seller’s ask falls between this guide’s #3 “Good” estimate of $33,400 and its #2 “Very Good” appraisal of $43,000.

Now sharing the body and chassis components with its Ford stablemates, The Mercury Eight benefitted from a complete redesign in time for the 1941 model year. For 1942 other than some minor styling updates and a horsepower increase to an even one hundred, Mercury’s biggest engineering news for 1942 was “Liquamatic,” Ford’s first semiautomatic transmission. It wasn’t much of a success and Mercury wouldn’t have another automatic transmission until Merc-O-Matic appeared in 1951, which was a true automatic. Mercury production for the short 1942 model year totaled only 1,902. Output was halted in February 1942 as American auto plants were converted to the exclusive production of war material.

Following World War II, Mercury production resumed in time for the 1946 model year. A new grille was the most noticeable difference between the 1942 and 1946 Mercurys.  It had thin vertical bars surrounded by a trim piece painted the same color as the car. An “Eight” script now appeared down its center. Mercury dropped the ill-fated Liquimatic.  Only slight styling changes came for 1947.  The Mercury name was placed on the side of the hood. In addition to new hubcaps, the border around the grille was now chrome plated. The “Eight” script still ran down its center and designers included new trunk trim.  More chrome was used on the interior and the dash dial faces were redesigned. The convertible and station wagon came with leather upholstery while all other body styles relied on fabric.

We’re not sure whether the seller’s description of “Convertible Top needs some attention” refers to the fabric itself or the hydraulics that control it.   Otherwise, this appears to be a nice driver-quality early post-War car you can fully enjoy the summer with.

“1947 Mercury Convertible two-door very unique post-war classic 3-speed manual transmission on the steering column. This car runs well and sounds great. The paintwork is Beautiful shiny and smooth. Exterior color Maroon/ Burgundy with white interior. There are a few minor chips on the driver door easy touch-up. This car is very straight. Glass on the car is safety glass and in good condition. Rebuilt flathead V8 In 2007, Transmission was rebuilt at 30,976 Four Goodyear Whitewall tires 4 1/4”, All new wiring 2008, Radiator repairs 2008, New fuel pump 2019, rebuilt carburetor 2019, New battery 2020. A detailed list of options: Radio does not work, Heater, Bumper guards, Bumper Extensions front and rear, Dual side mirrors, Spotlight on the driver’s side, Convertible top needs some attention, Back up Lights. Total ground-up restoration in 1998 has been parked in a garage. $42,500. or Best Offer”

Show or go: what would you do with this vintage Mercury?  Comment below and let us know!