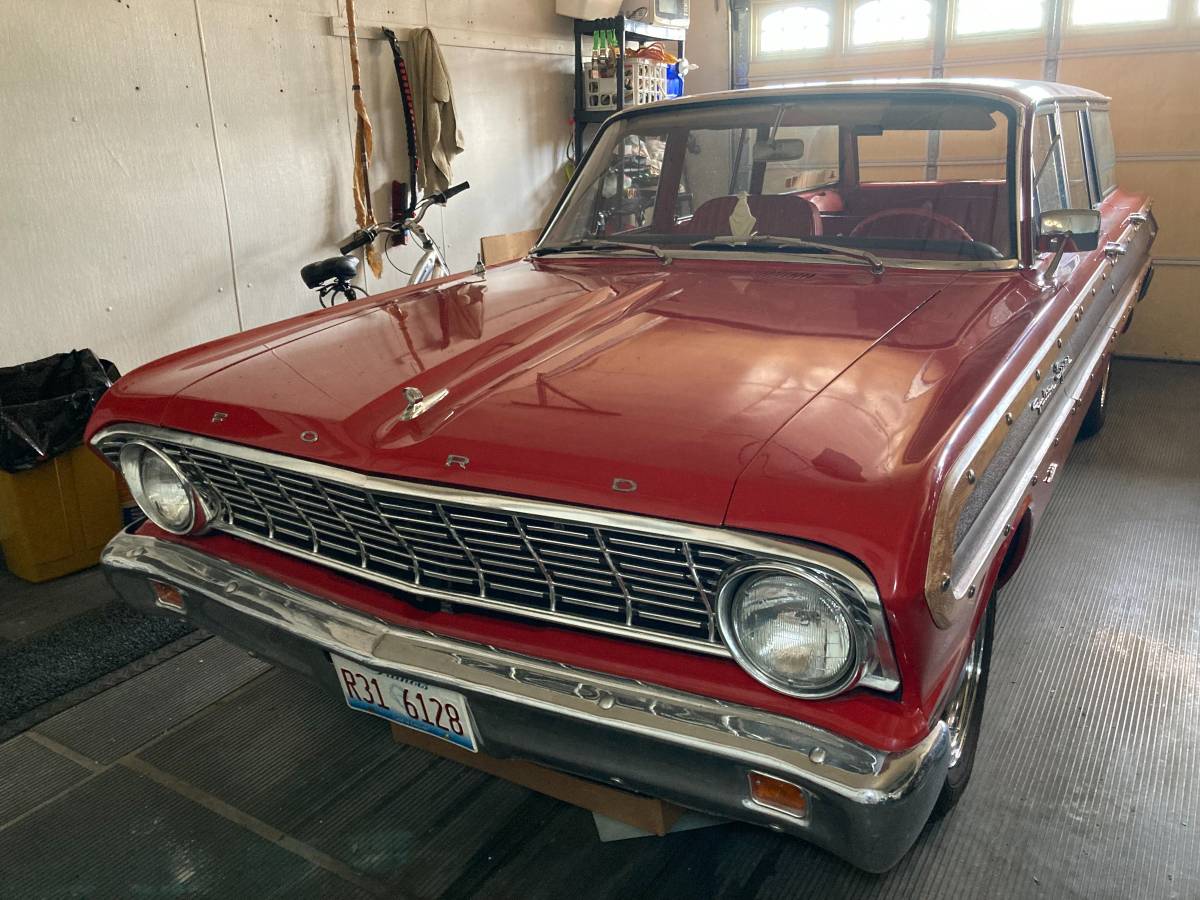 Originally considered a compact car compared to its much larger land yacht contemporaries of the time, 1960s era Ford Falcon station wagons have a fit-in-your-garage size for fun classic car cruising with your family. The best part of owning one is that Ford’s original Mustang relied heavily on Falcon parts, so just about any performance modification you can make to the former will fit the latter.  Our latest example of a Falcon station wagon you can customize to your liking is this driver-quality 1964 example originally listed in June 2021 on Craigslist in Joliet, Illinois for a revised price of $11,000 (down from the original $13,000).

Comparing that asking price against the Hagerty Insurance Online Valuation Tool confirms the private seller has their Falcon priced seven hundred dollars less this guide’s #2 “Excellent” estimate of $13,000.  Conversely, the  Collector Car Market Review Online Tool reveals the asking price is one hundred dollars above this guide’s #2 “Very Good” appraisal of $12,900 before factoring in a ten percent premium for the 260 cubic inch V8.

In the fall of 1963, Ford launched its second-generation 1964 Falcon featuring more squared-off styling. Using a coil spring front suspension and leaf springs in back all supporting unitized body construction, convertibles added a plate running underneath the front seat connecting the rocker panels to regain the structural rigidity lost by removing the steel roof.  1964 was the second year for the Falcon’s V8 option:  early cars that year came equipped with Ford’s 260 cubic inch V8. While Falcon wagons continued to sell well, Ford’s launch of the 1964 1/2 Mustang started to cannibalize sales of two-door Falcon Futura and Sprint models by 1965.

The seller’s indication the powertrain is not original makes us recommend digging into the Falcon’s body tag to confirm what power train this car left the factory with.  It’s a fairly straightforward process to swap out an inline-six for a much more desirable V8 in these cars. The corrugated tray in the one garage picture is a hint this car’s V8 has at least one oil leak. Otherwise, this looks like a fun cruiser in a great color combination.

“1964 Ford Falcon Station Wagon. It has a 260ci V8 with automatic transmission. Powertrain probably not original. I have had 8 years runs well but could use a tune-up. Manual brakes and steering but handles well. Virtually no rust but some minor blemishes. Odometer says 35,000.“

Show or go: what would you do with this Falcon Wagon?  Comment below and let us know!