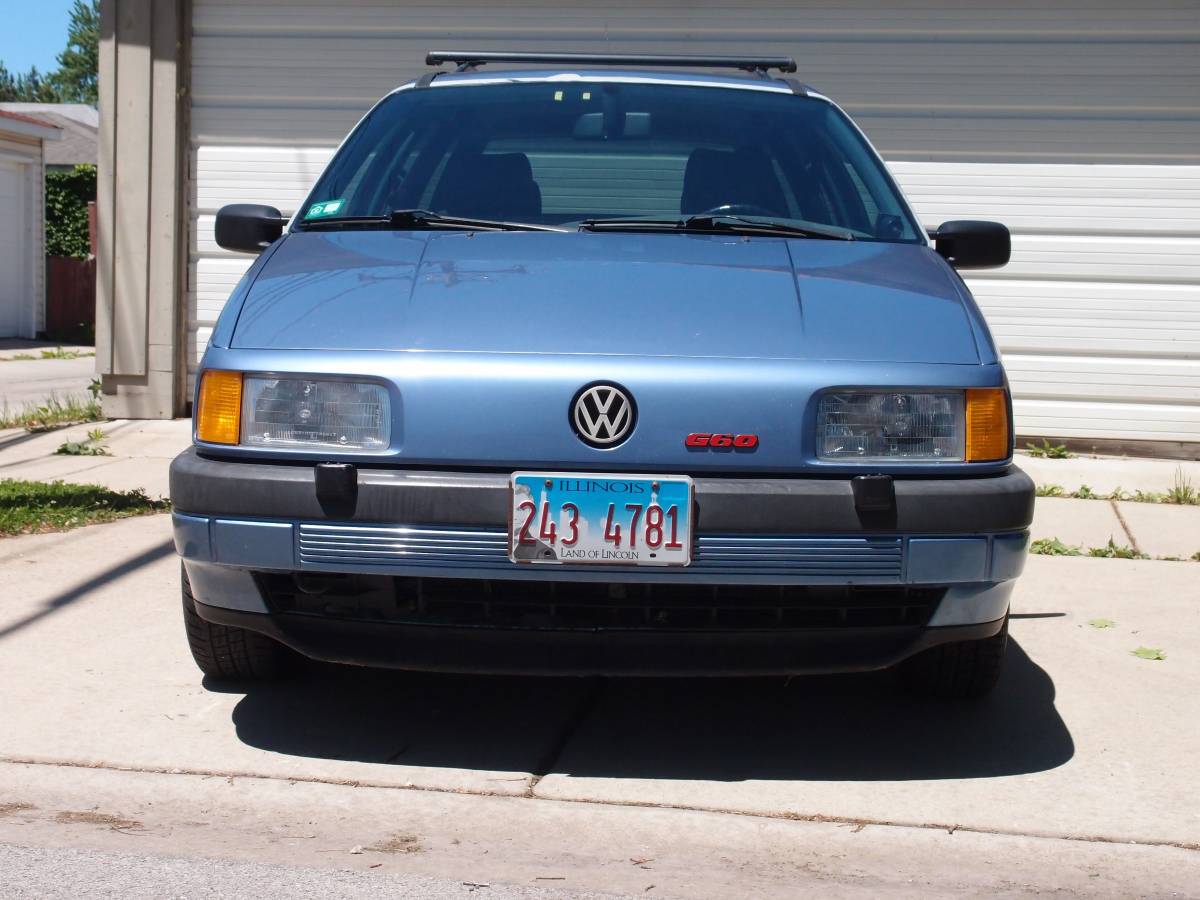 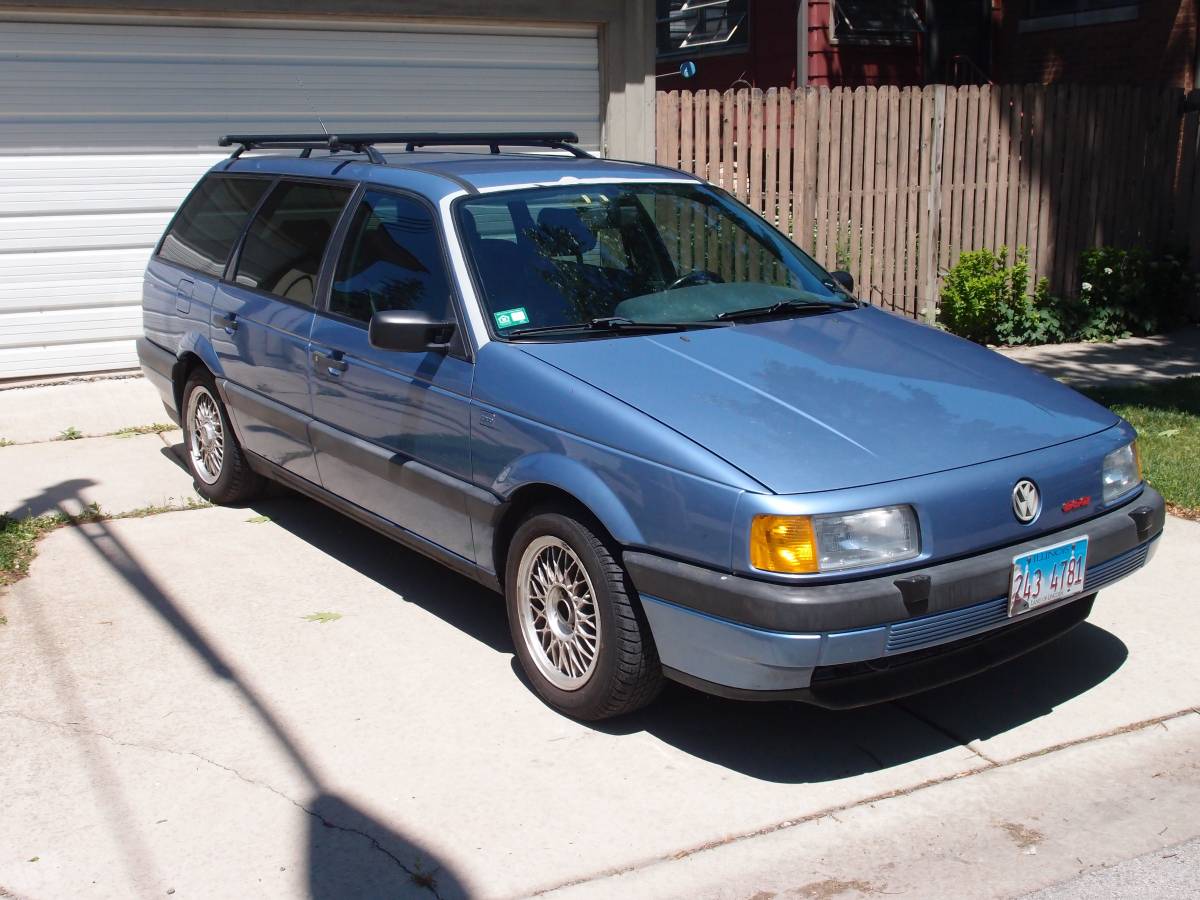 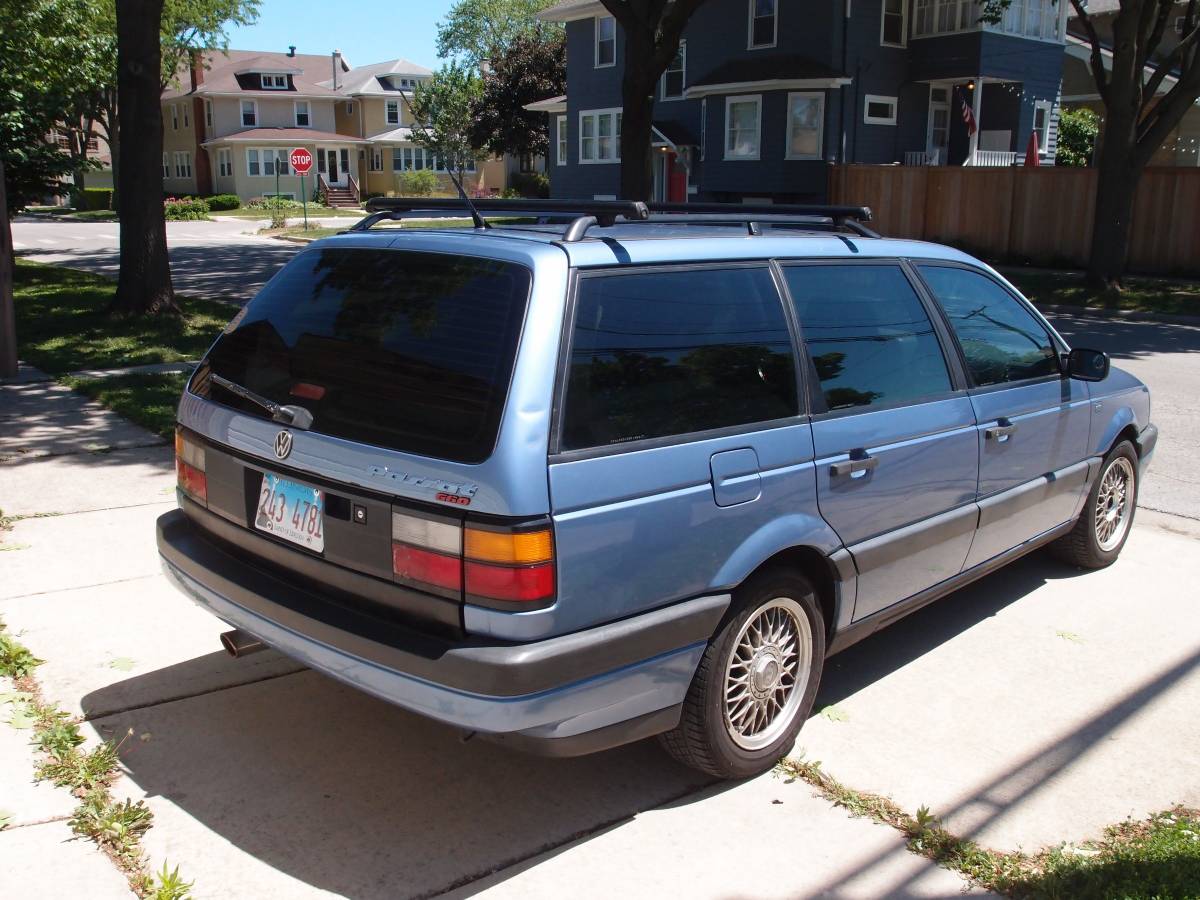 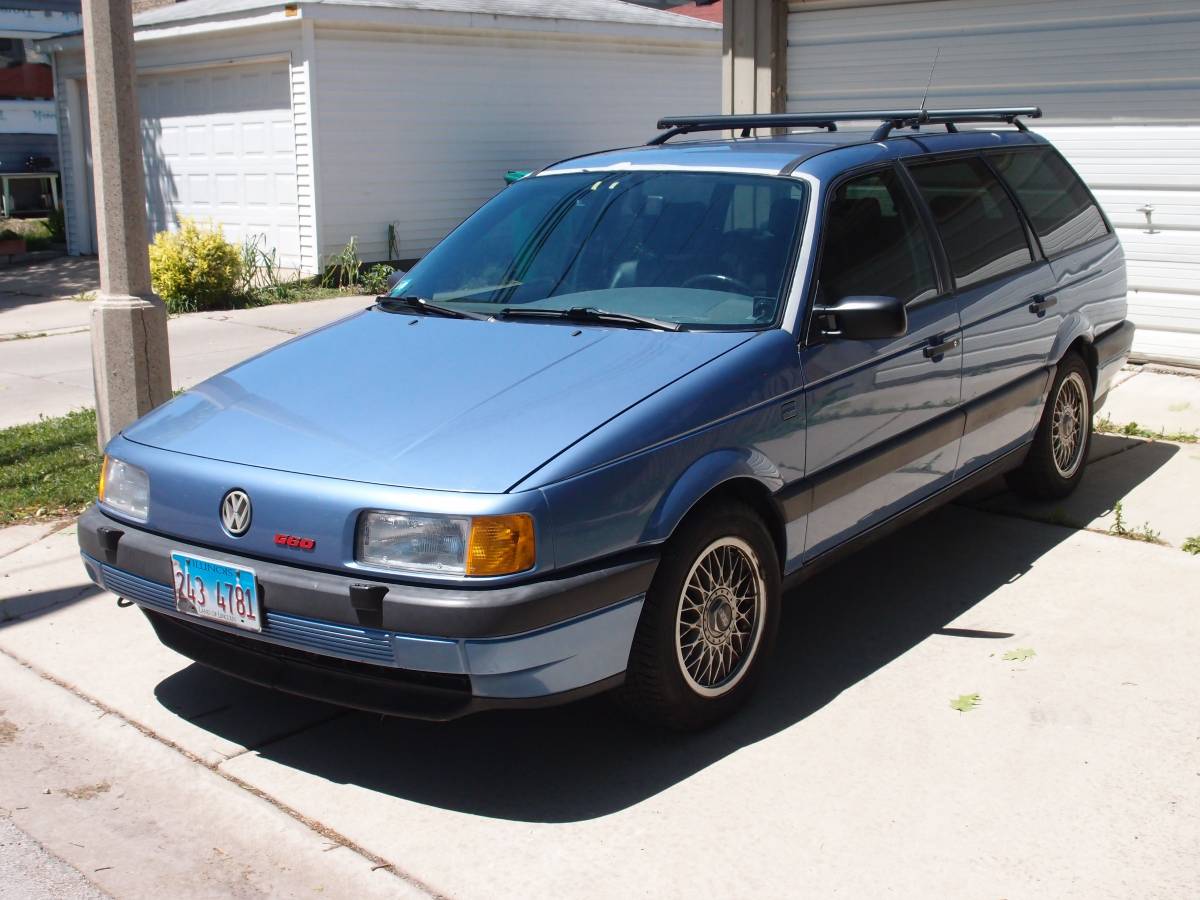 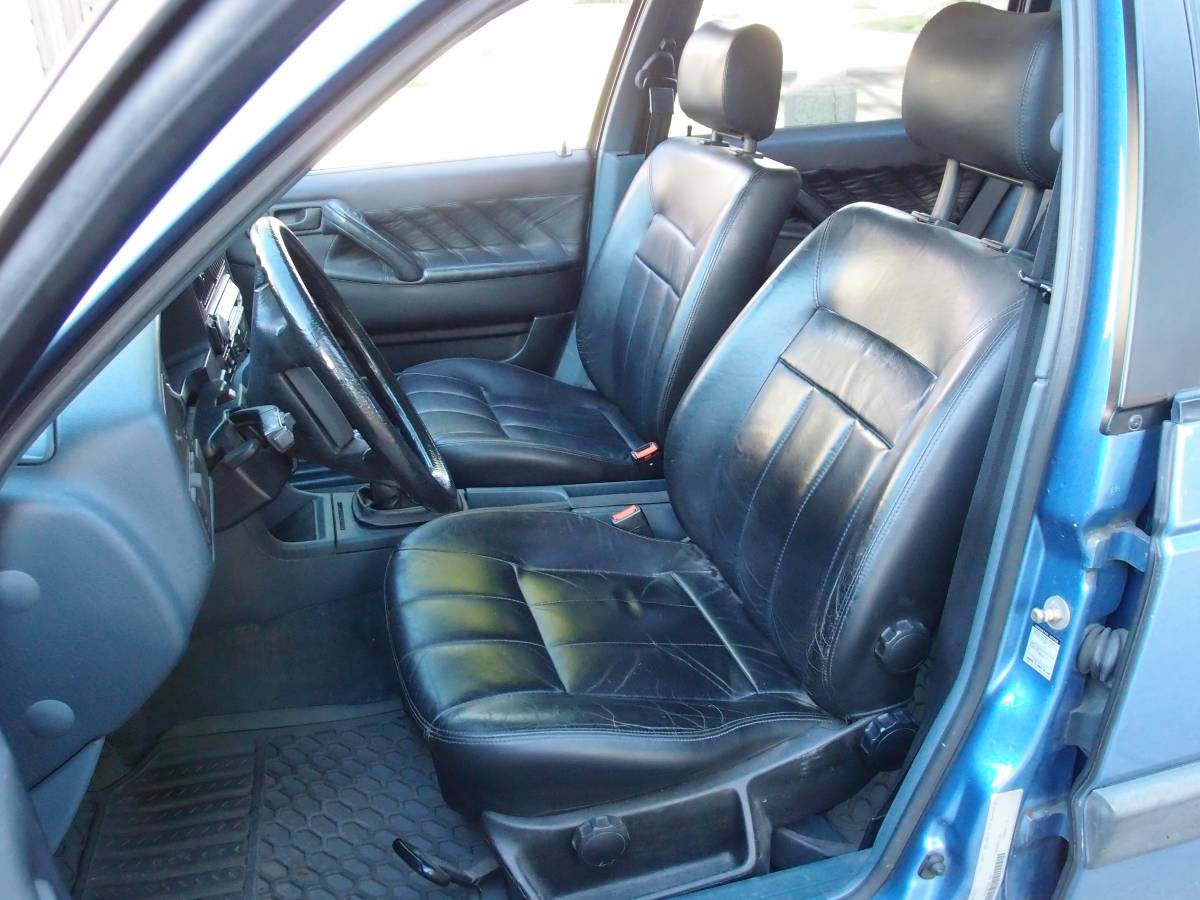 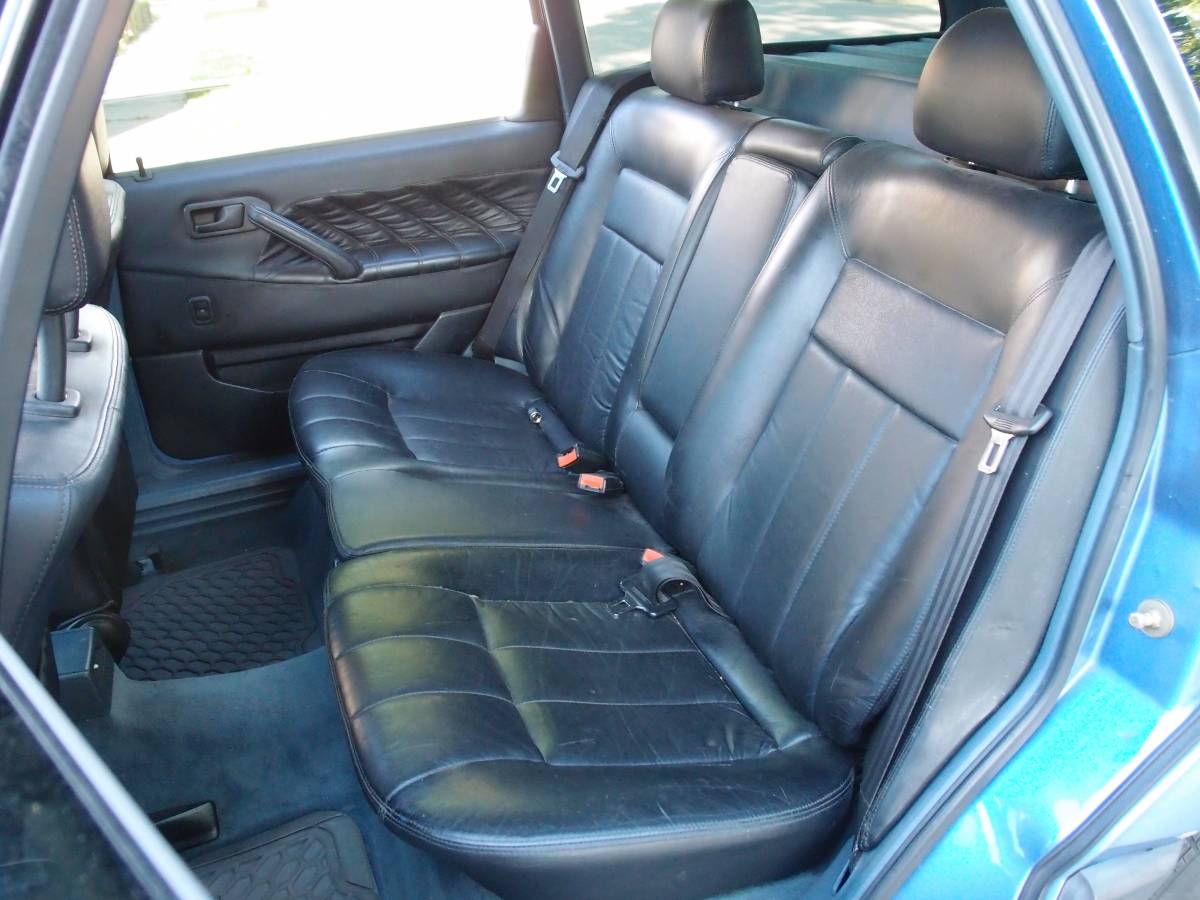 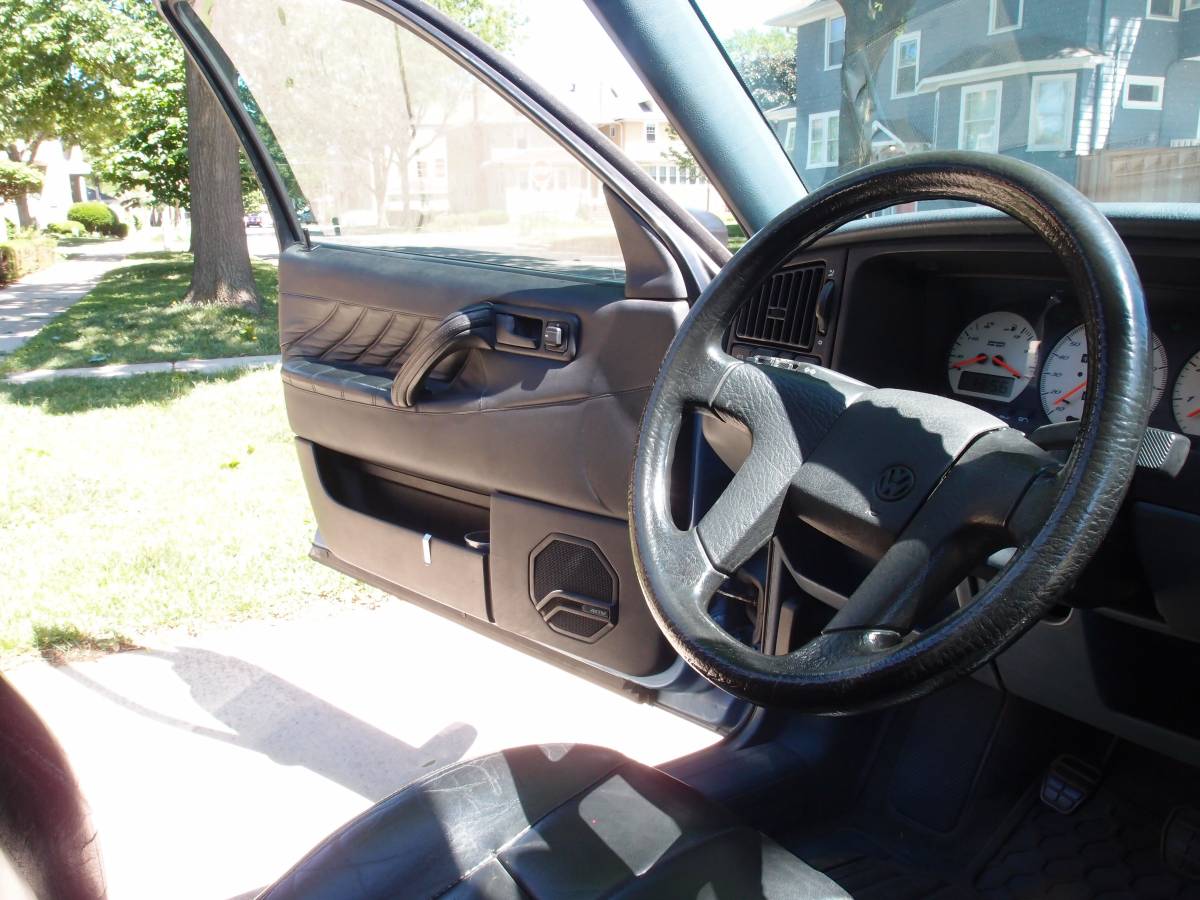 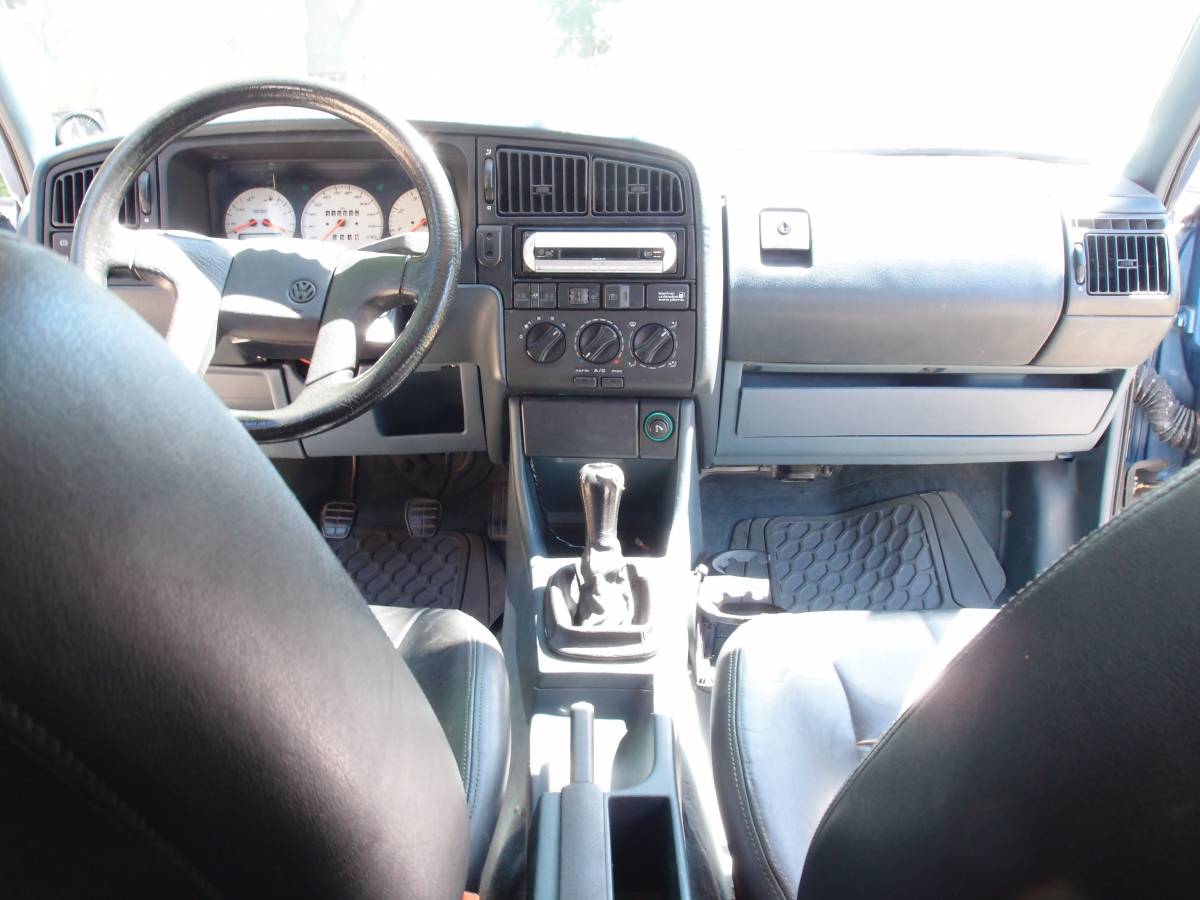 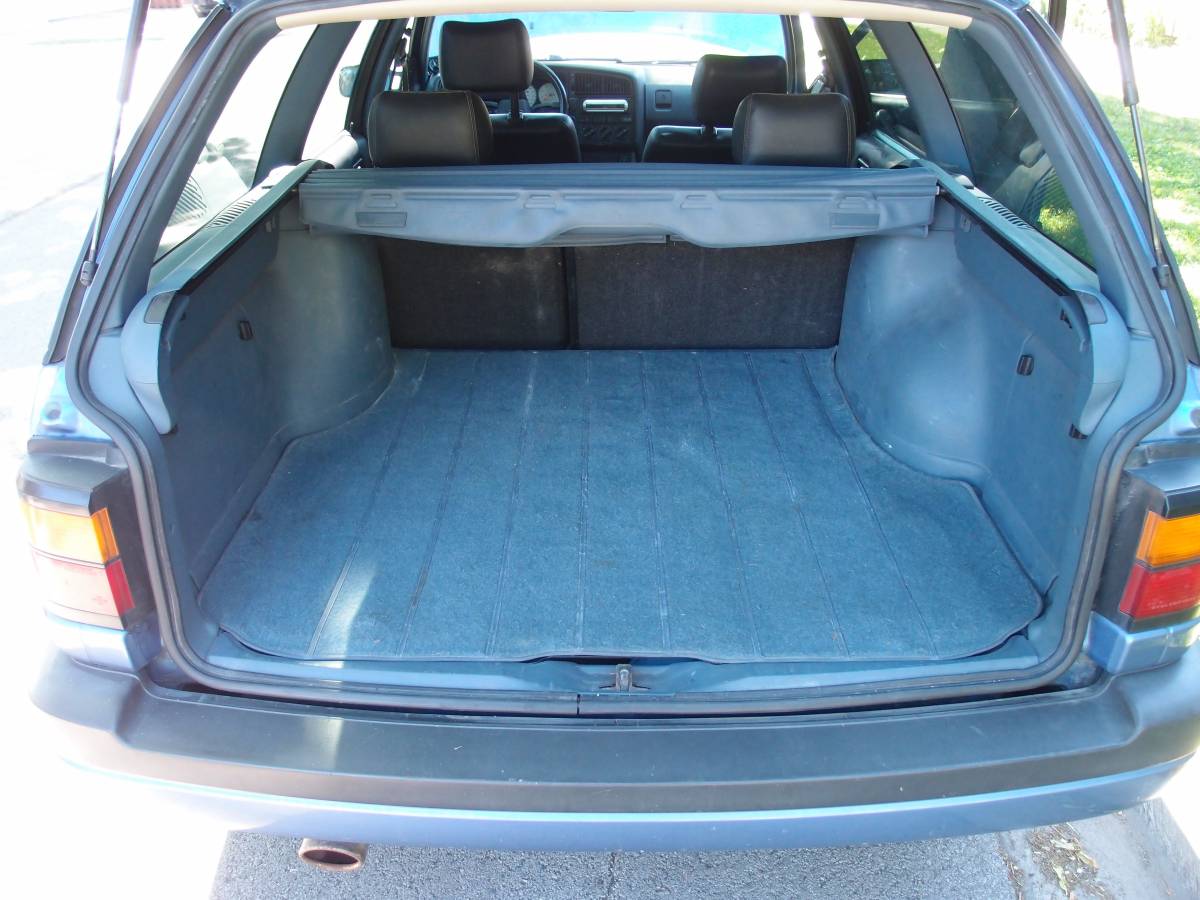 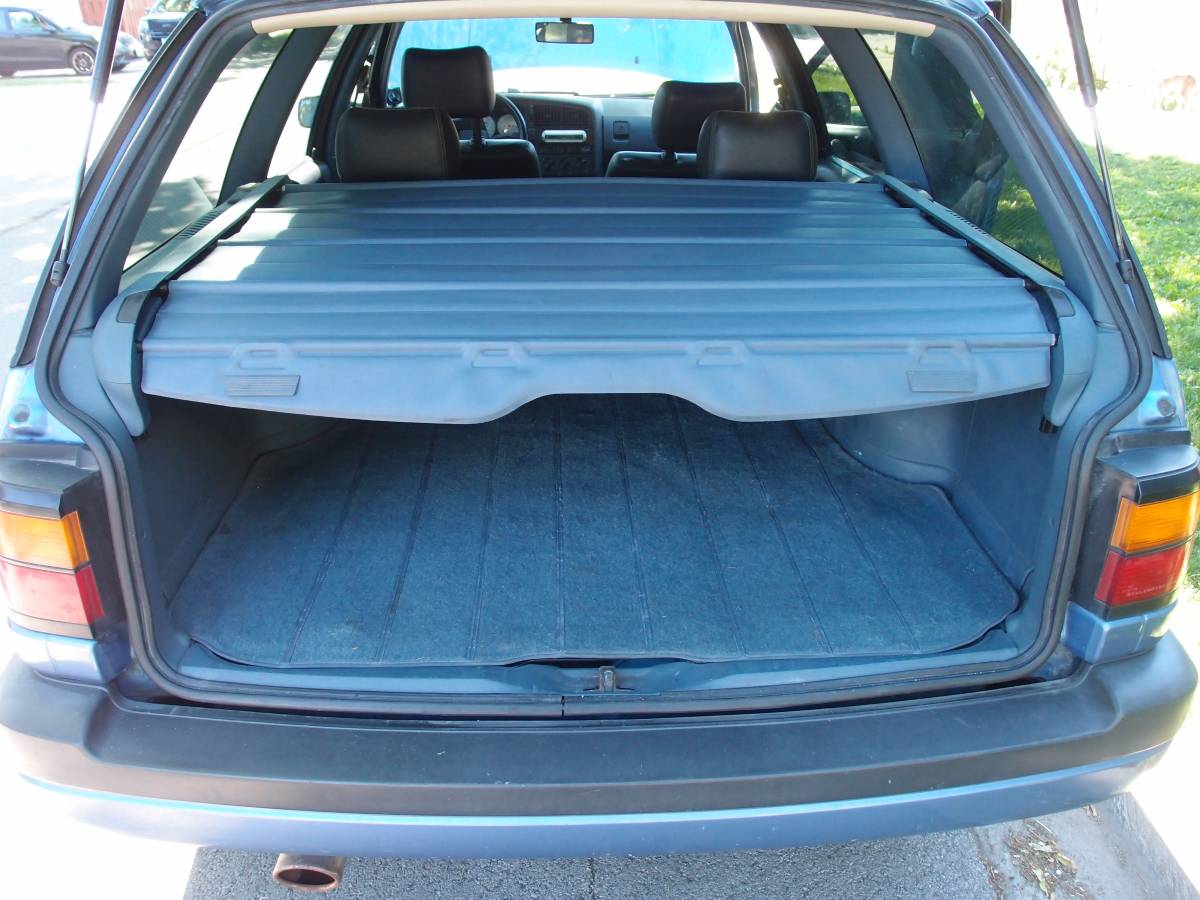 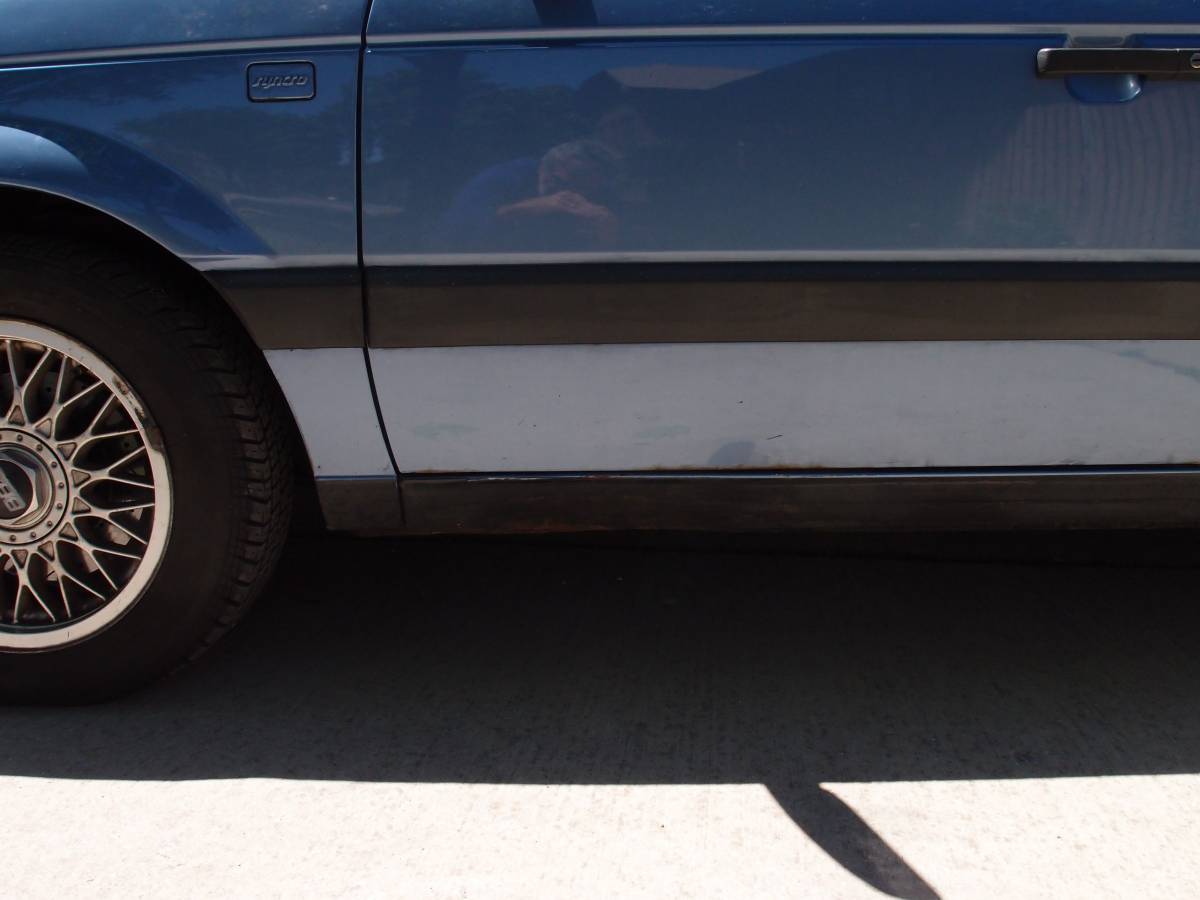 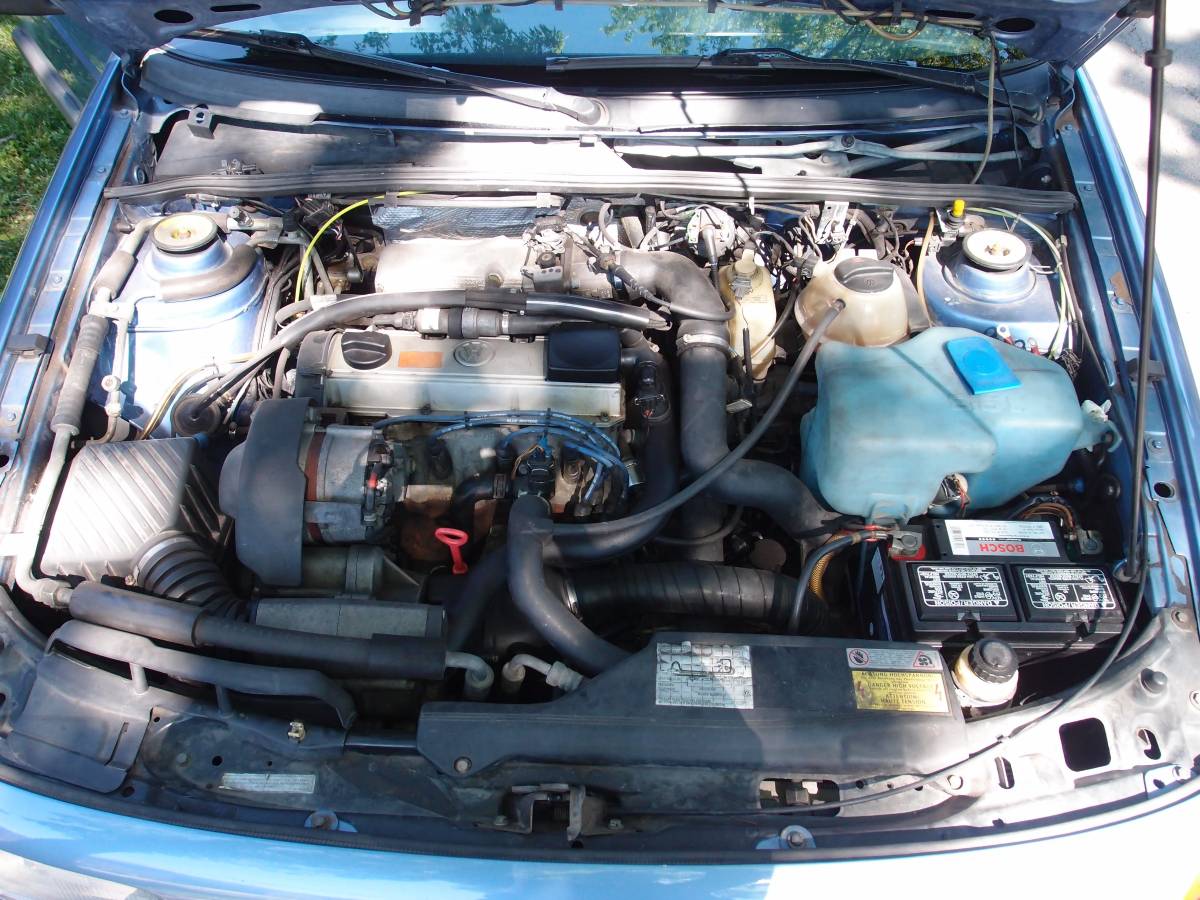 August 3, 2021 Update – We just confirmed the listing for this “Classifind” expired, so with no replacement found we’re assuming this ride “Sold?” While this one got away, please reach out either by email or call us directly if you’d like to be informed when we come across something similar.

July 1, 2021 Update – We just confirmed the original listing we used to first feature this rare VW Passat has been replaced with a fresh listing relying on the same pictures, description, and asking price.

Gray market vehicles are usually on the minds of European car enthusiasts who yearn to own the forbidden fruit not sold stateside by foreign automakers. It typically means acquiring a version of a model sold domestically but with more power, better features, and in some cases, improved styling. In the case of this 1992 Volkswagen Passat G60 Syncro wagon originally listed in June 2021 on Craigslist in Oak Park, Illinois, it’s about as good as it gets for fans of the B3-chassis Passat: all-wheel-drive, a supercharged G60 powerplant, and five-speed manual gearbox. The Passat is listed for $8,400, and there’s really no suitable measuring stick for judging the fairness of the price considering your average B3 Passat, even with the VR6 engine, is a fairly cheap car at this point.

The B3 Passat wasn’t exactly a sales success in the U.S. Its styling was very European, but given it arrived in the early days of VW’s efforts to become a more upmarket brand, the B3 Passat was flanked by budget-minded Golfs and Jettas, along with the occasional Fox. You weren’t skipping your appointment with the Mercedes-Benz salesman to eyeball a new Passat sedan or wagon, especially considering it wasn’t even offered in its first model year with the powerful VR6 engine. The subsequent years saw VW tighten up the offering with a five-speed manual and VR6 combo, which came with a nicely integrated rear spoiler, leather buckets, and BBS wheels. Still, the cost of ownership was high for what it was, and U.S. shoppers didn’t get the optional Syncro all-wheel-drive system that our northern neighbors did; in fact, if I had to guess, this Passat G60 Syncro wagon likely came from Canada originally.

The Passat has been with the seller for quite some time, so this isn’t a case of a flipper who got the hots to import a car from overseas in the hopes of a quick buck. The listing notes he purchased the Passat 19 years ago, and based on the rest of the description, this is exactly the kind of person you want to buy such an oddball car from. The Passat features a supercharged four-cylinder engine that was shared with the first-year Corrado G60, an engine not exactly known for its longevity. But the seller has put those fears to bed, as the supercharger has already been rebuilt under his stewardship. The seller notes he has done work himself and a full list of improvements is available should you reach out to him. Other repairs include Koni front shocks and all front suspension bushings. The tires are noted as needing replacement, and while the A/C was converted to R134A, refrigerant was never added so the system’s health is unknown. Overall, this is fairly unrepeatable if you’re either a Passat or a wagon enthusiast. Good luck with the purchase if you decide to bring this rare snow machine home!

Syncro (viscous coupling) all wheel drive in perfect operating condition. G60 supercharger was rebuilt shortly after I purchased the car (~19 years ago) and will supply full boost. Engine, transmission, and drivetrain are all in excellent operating condition. Front suspension bushings and all 4 shock absorbers were replaced ~ 800 miles ago; front shocks upgraded to Koni Sport. Lots of new parts; contact me for a complete list. I have done all of the work on this car myself so if you have any questions please feel free to ask.

Also included is an Autotech Sport 260 camshaft and lots of parts (clutch, CV boots, seals, etc). Cam is said to provide gains of ~10 horsepower; nice on the open road but possibly not best for city driving (there is a chance it will reduce torque at very low RPM).

Tires will likely need to be replaced; lots of thread but >19 years old. One of the rims is bent; if placed on front axle, that will cause steering to shimmy. Muffler is getting loud; not unbearably so, but louder than I like (quieter than some performance exhausts though)! A/C has not worked since I purchased the car, I had all the work done to replace R-12 with R-134 (new seals, oil, A/C dryer, etc.); system was vacuum tested but R-134 refrigerant was never added to the system. Coolant completely drained and replaced by G12 (from G11).

Notice a slight amount of rust at the bottom edge of the driver side door; I am quite sure there was no rust present when I was driving car regularly. Car is kept garaged; driven no more than 800 miles in the last 6 years, and less than 100 miles for the last 3 years..”