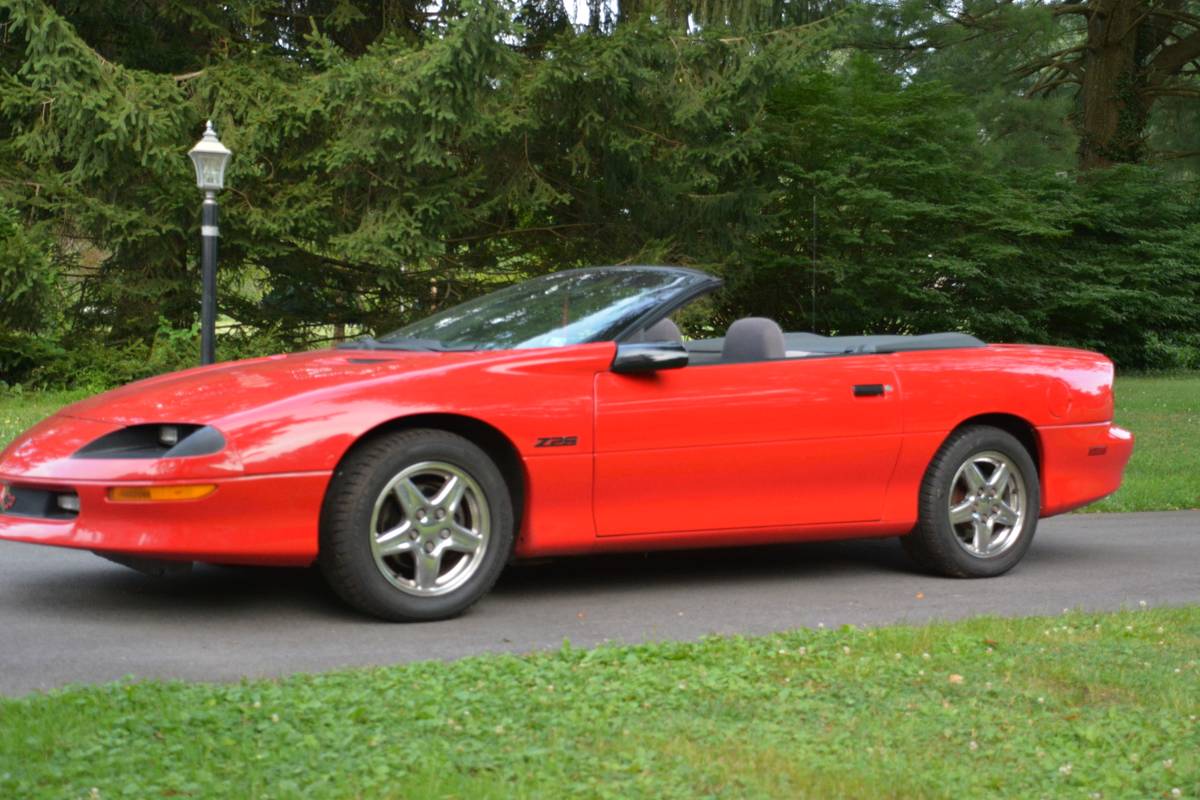 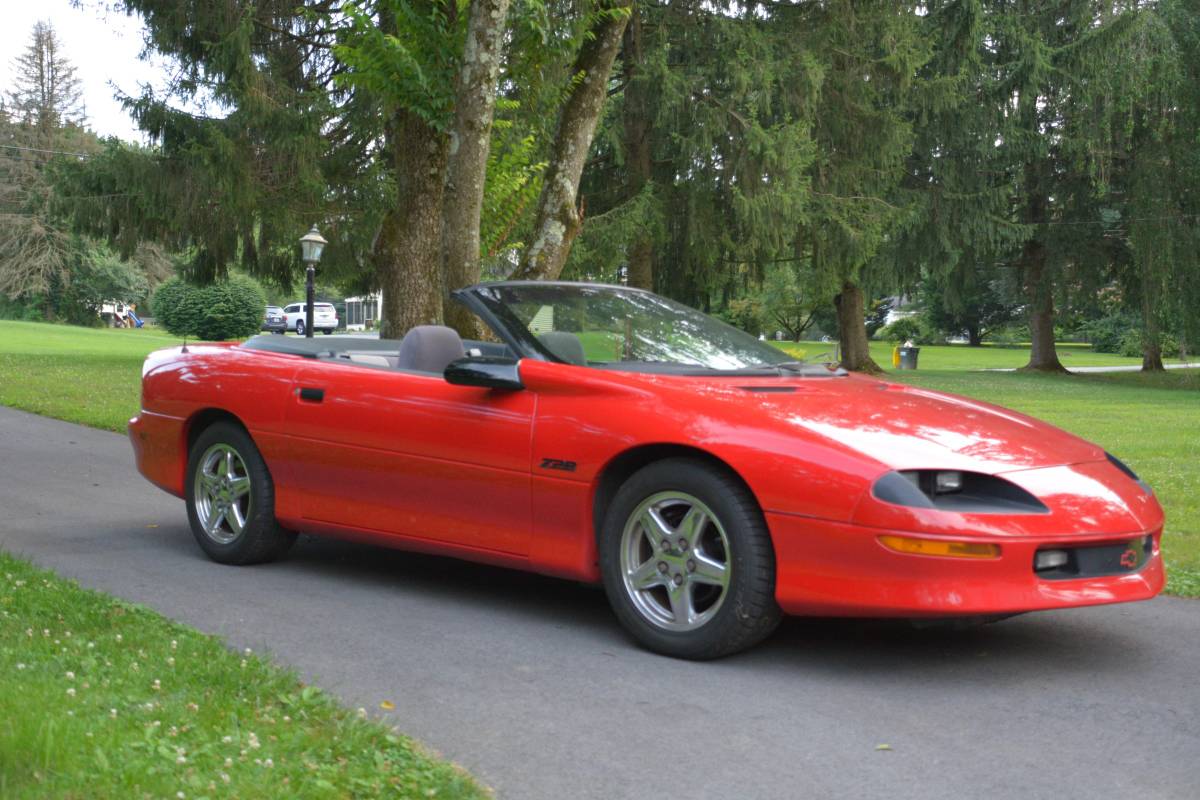 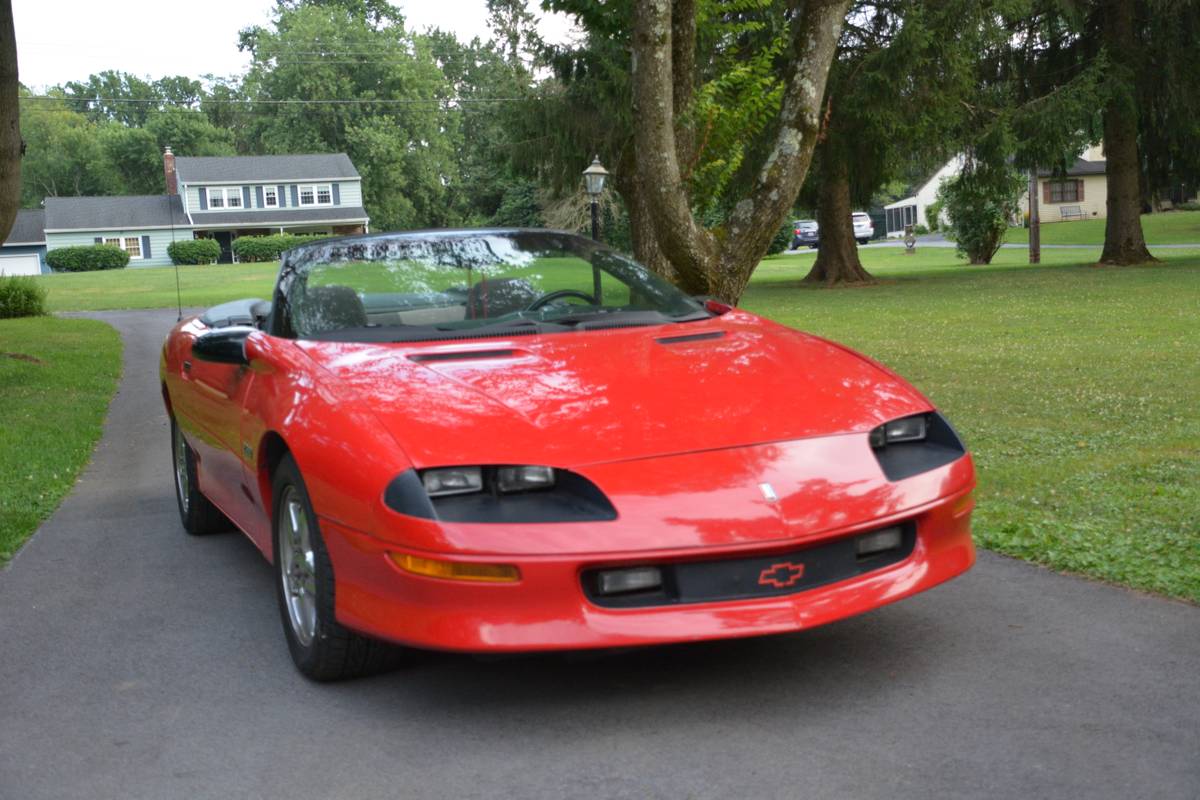 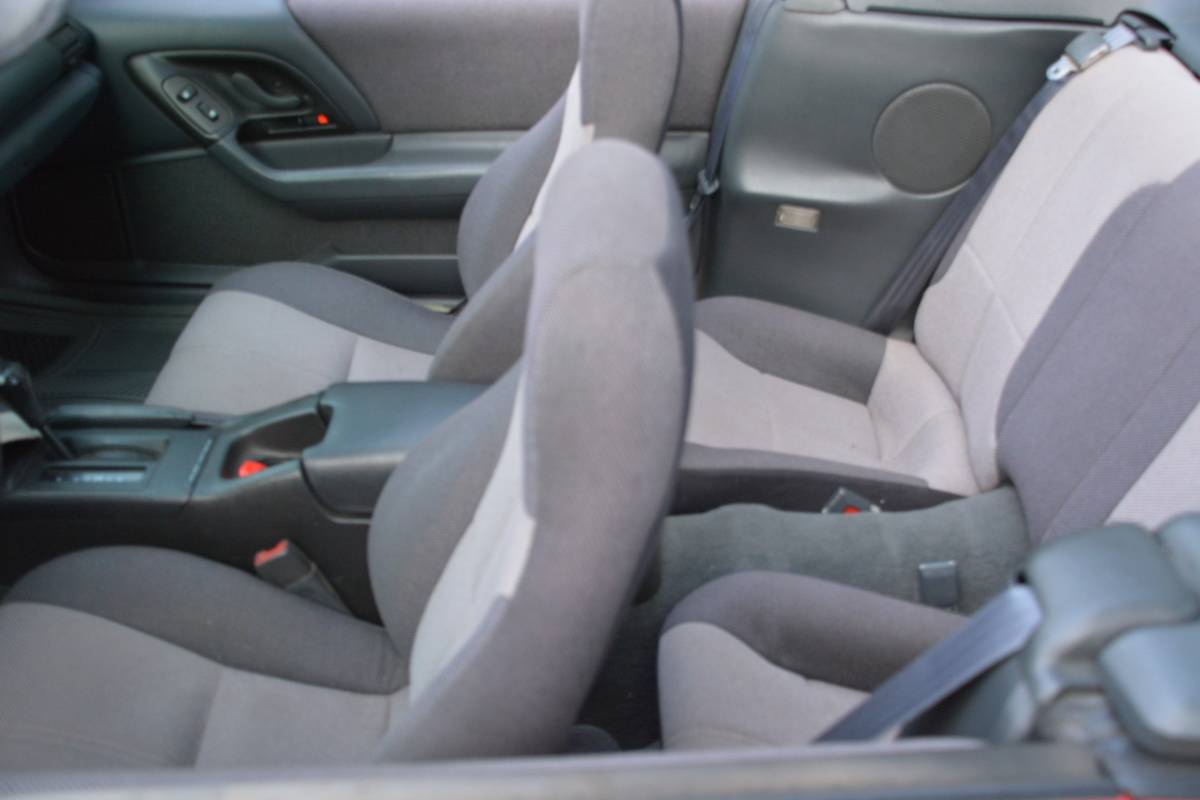 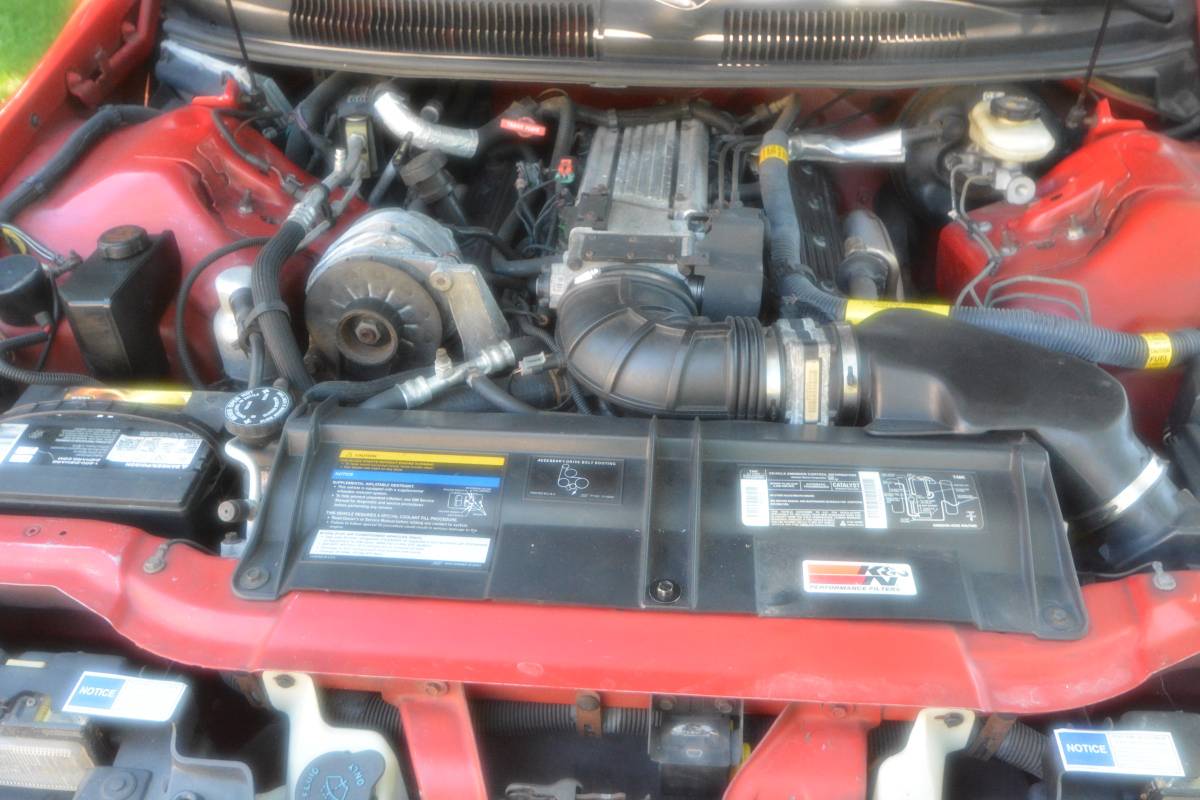 August 11, 2021 Update – while this “Classifind” expired recently, given the seller’s past history we suspect may not actually be sold yet.  For now, we’re labeling this ride “Sold?” However, we will keep an eye out for an updated listing. In the interim, please reach out either by email or call Rudy directly if you’d like to be informed when we come across something similar.

July 4, 2021 Update – Both the Internet and Guys With Rides never forget.  While preparing for our latest Topless Thursday feature, we spotted a new listing for a late-model LT1-powered Z/28 we first featured in April 2020.  Fast forward 15 months and the same seller relies on the same set of pictures, a very similar description, and the same asking price of $10,500.  However, we note that before letting their last listing expire, the seller lowered their asking price to $9,200.

September 9, 2020 Update – While updating our database we confirmed the Craigslist post for this Camaro expired.  With no replacement listing found, for now, we’re assuming this Z/28 sold until we come across a new listing.

July 27, 2020 Update – Another five weeks have passed and we just came across a fresh listing for this Camaro we first featured in April.  The private seller appears to have finally backed down a bit as he’s lowered the formally firm $10,500 to $9,200 or best offer.  These Z/28s remain the unloved generation approaching the bottom of their depreciation curve despite offering superior performance and handling over more popular second-generation models.

June 11, 2020 Update –  scouring the internet every day we’re amazed to see how cheap mid-nineties F-Bodies such as this 1994 Camaro Z/28 Convertible can be had, especially when both the performance and handling easily surpass more expensive second and third-generation examples.  Despite another two months passing and a fresh listing, the private seller remains firm on asking $10,500.

While there’s no denying a first-generation V8-powered Camaro convertible is a car many of us would like to have tucked away in our garage, the current market realities continue to keep it out of the reach of many.  As a more comfortable yet just as potent alternative for about one-third the money, we believe this 1994 Camaro Z/28 convertible in Kennett Square, Pennsylvania makes a compelling and affordable alternative with an asking price back to $10,500 or best offer.  Checking the Hagerty Insurance Online Valuation Tool confirms this private seller has his Z/28 priced $2,200 less than the current #3 “Good” estimate of $11,400.

While base Camaros made do with a 160 horsepower V-6, the Z28 came equipped with a detuned 275 horsepower LT1 350 cubic inch small block LT1 V-8 topped with sequential fuel injection borrowed from the Corvette.  While a six-speed manual was available, nearly 90,000 buyers, including the original owner of the example featured here paid $750 for the 4-speed automatic overdrive transmission, whose electronics now managed both engine and transmission for smoother shifting.

Both RADwood and AACA eligible, this 26-year-old Z/28 continues to age very well and we agree with the seller’s assessment his car is clean enough already to show at either event.

“1994 Camaro Z28 convertible with the LT1 V8 Corvette engine “limited edition” with only 133k original miles. The interior and exterior are in great condition. The exterior color is red. The interior is light and dark gray “two-tone”. With a new black convertible top, new tires, brakes ect…

You can enter this Camaro in any car show. “Yes, it’s that nice”. All original. I’ve had the car for many years and it’s a very reliable car. “Garage kept”Clean, shiny red, and runs great as it should. FYI In Pennsylvania, When a collector car reaches 25 years of age you can get a lifetime license plate and no inspection required. This Camaro is 26 years old. If you are interested in this Camaro? The price is $10,500 O.B.O. You can call or text me at” 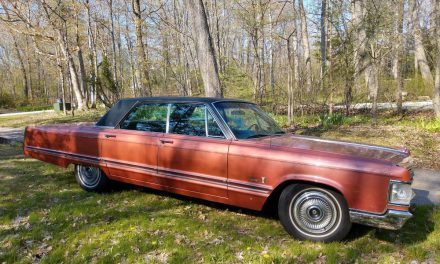 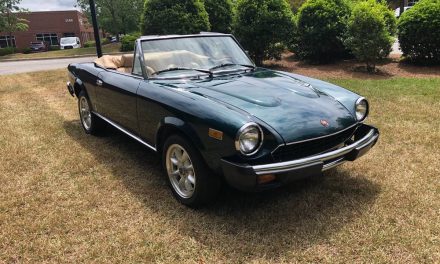 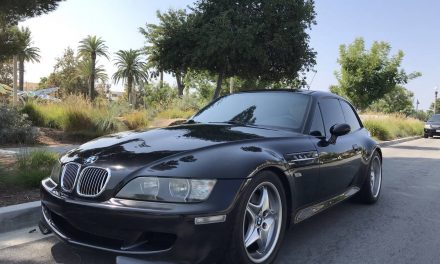 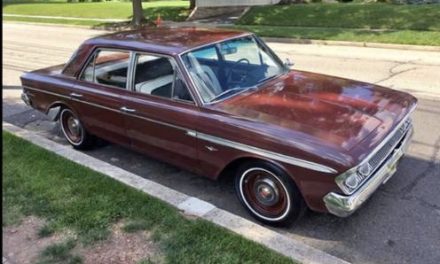