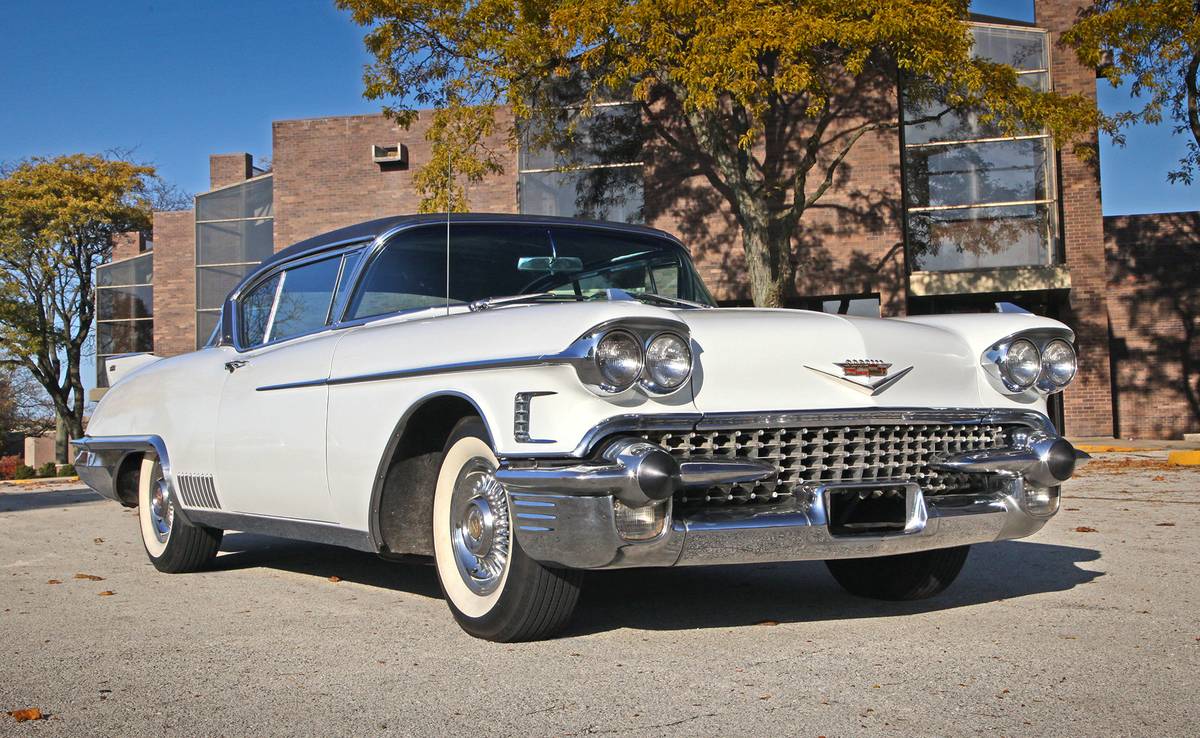 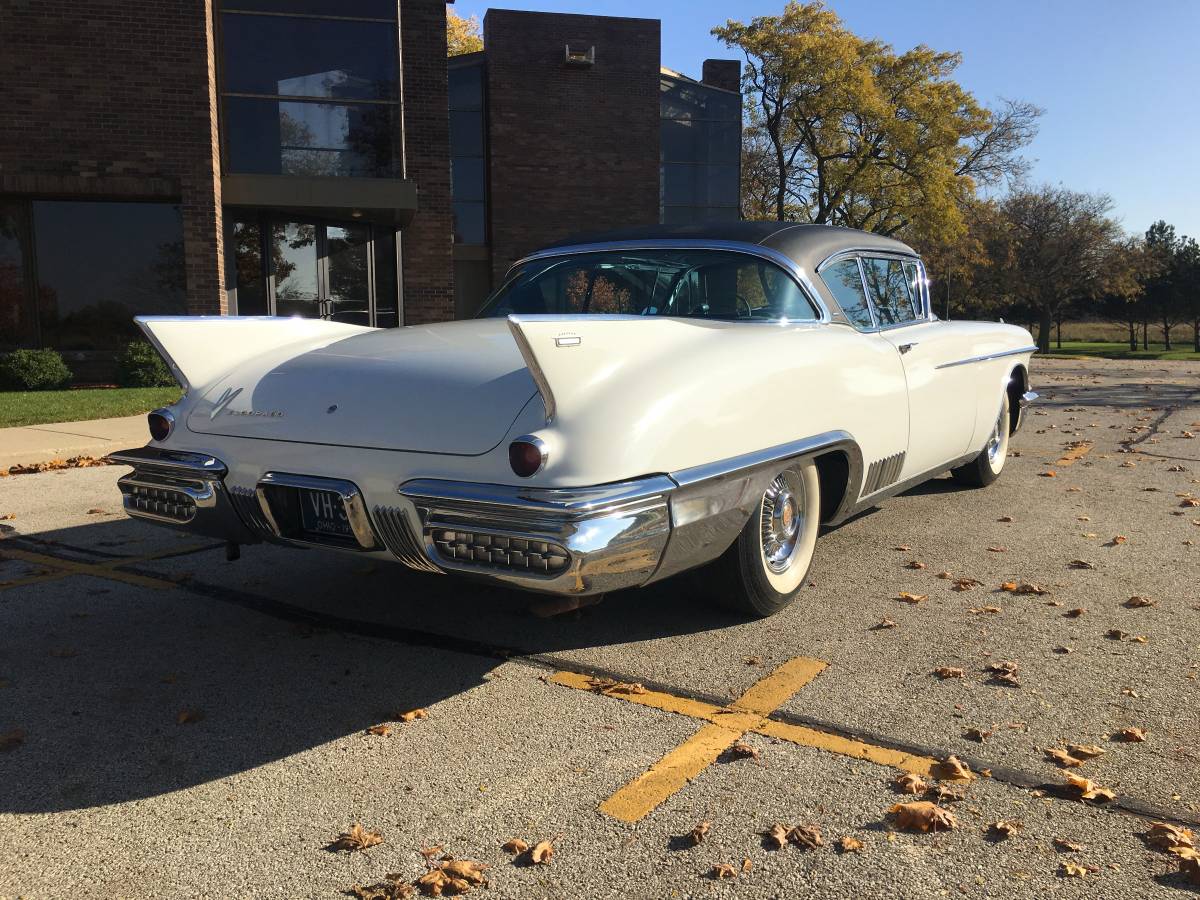 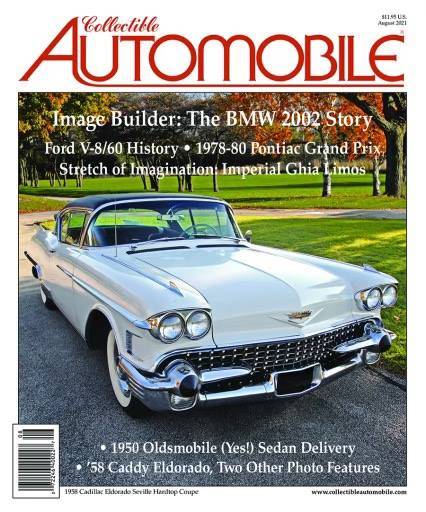 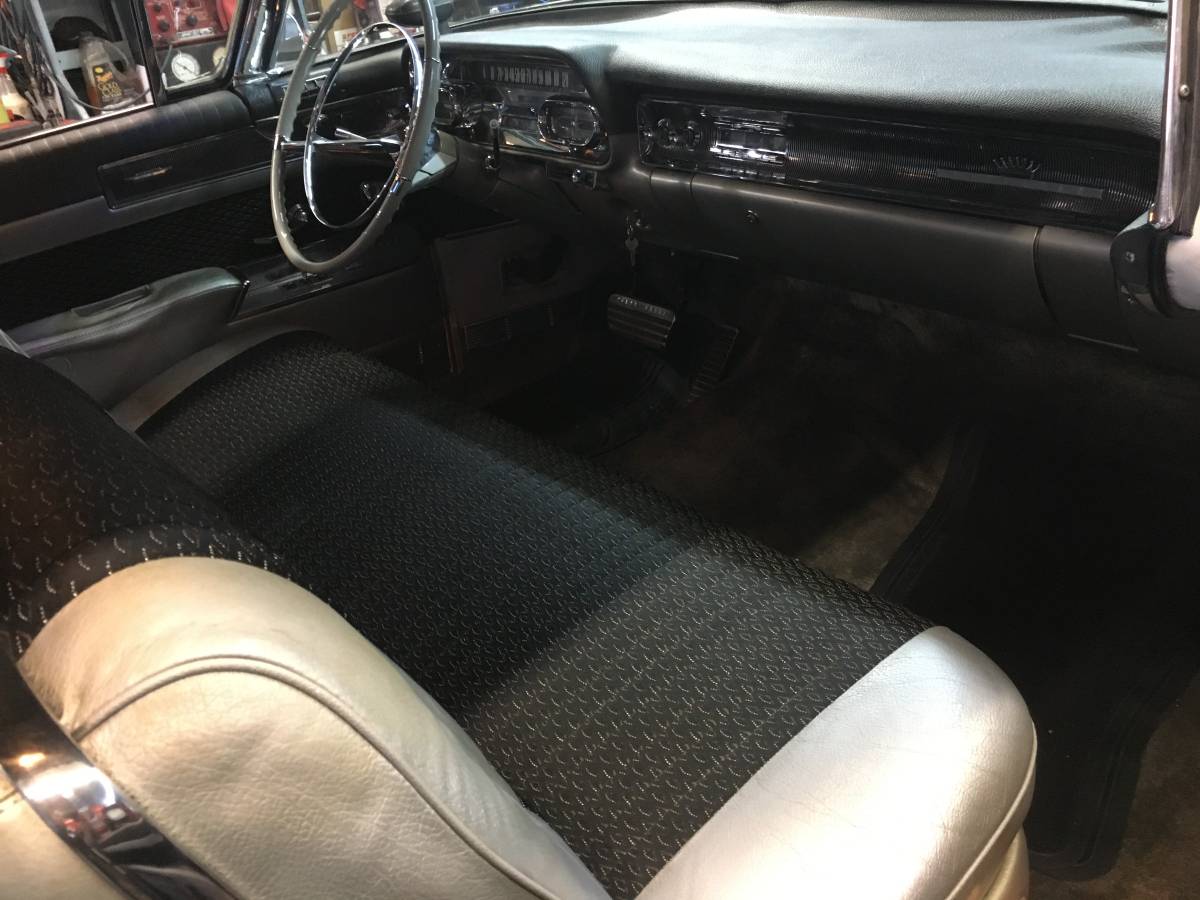 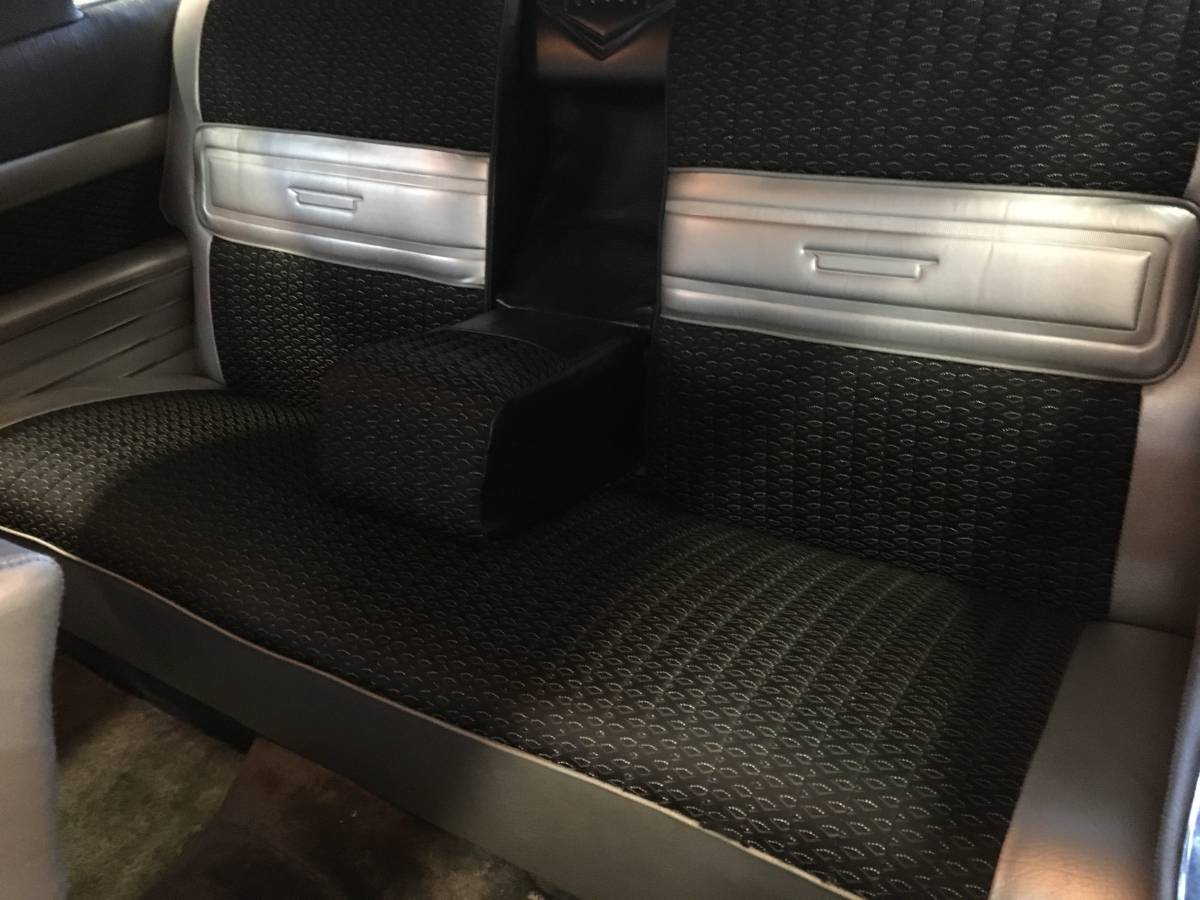 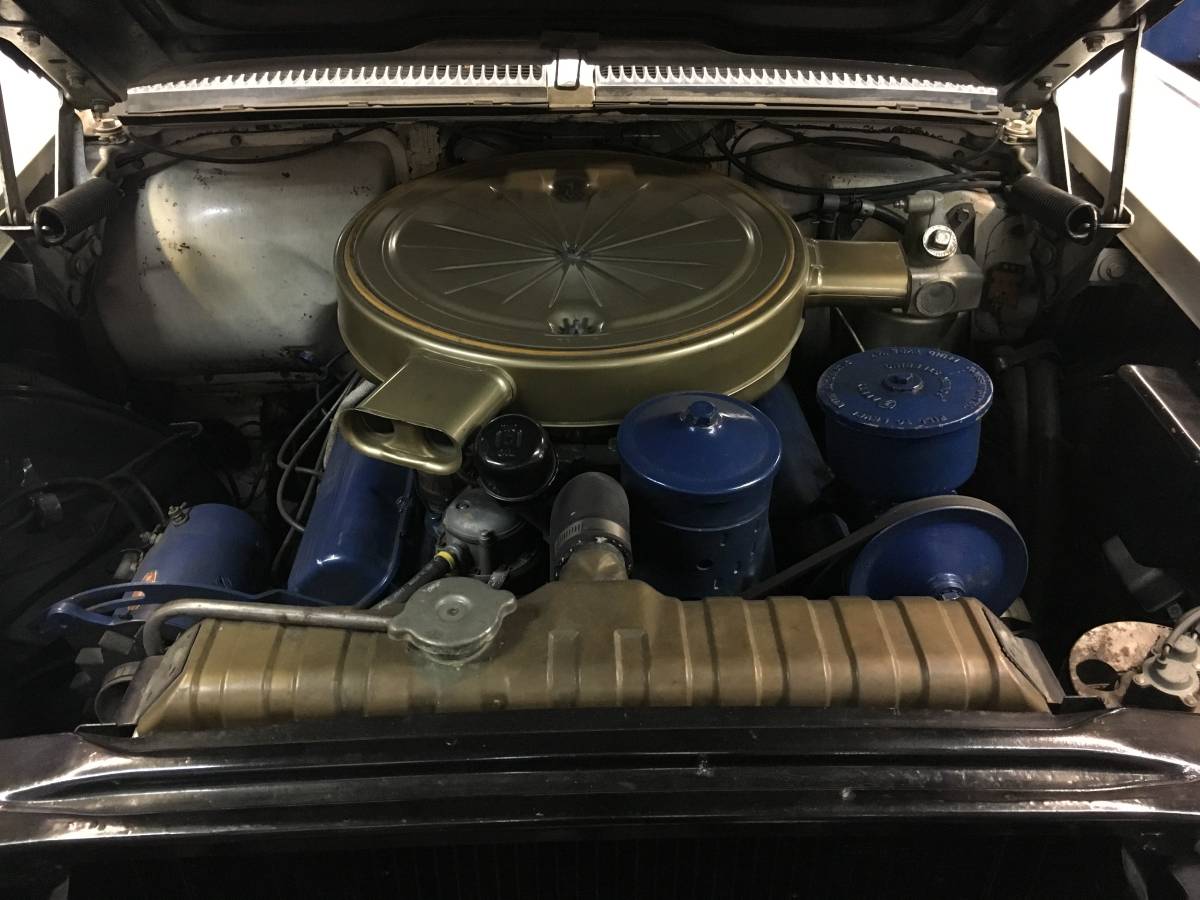 July 6, 2021 Update – One week after posting their listing for this ’58 Cadillac, the private seller lowered their asking price by seven thousand dollars to land at $42,000.

Malaise Era (1972 through 1984) car enthusiasts remember when Cadillac produced distinctly different Eldorados and Sevilles. However, long before Cadillac used the iconic names on two separate cars, the brand combined both in the late 1950s as distinct trim and body styles. Specifically, Cadillac applied the name “Seville” to its hardtop models.  One of the lowest mileage 1958 examples known in existence was originally listed in July 2021 on Craigslist in Niles, Illinois (Chicago) offered at $42,000 currently (which is down from the original ask of $49,000). Comparing that price against the  Collector Car Market Review Online Tool confirms the seller’s ask falls between this guide’s #2 “Very Good” estimate of $36,400 and its #1 “Excellent” appraisal of $55,200.

For 1958, the car received quad headlights as the front clip was again shared with this year’s updated standard Cadillacs.  This year’s revised front clip incorporated a new hood, a new front bumper with “dagmars” mounted lower and further apart combined with a full-width jeweled grille. On the Biarritz and Seville, a V-shaped ornament and model identification script was asymmetrically mounted to the deck lid. Other styling updates included the addition of ten vertical chrome slashes ahead of the open rear wheel housings and crest medallions on the flank of the tailfins. The split rear bumper assemblies were each updated with a low-profile combined reverse light/grille unit that replaced the previous year’s separate, round exhaust exits and reverse lights; the round brake/tail light units at the base of the fins remained unchanged. The rear license plate housing was now flanked on each side by five vertical hash marks.

The King Rose Archives YouTube Channel sports this 1958 Cadillac Dealer Promo film reviewing all of the styling features of the brand’s line that year:

Unfortunately, a recession hit the U.S. economy in 1958. Consequently, luxury brand sales took a nosedive that year and sales of Cadillacs fell with it, making this Seville a very rare survivor example. If you like the styling of the 1958 Cadillacs but can’t afford the hand-built Biarritz, this Eldorado Seville survivor makes a fine alternative.

“Really clean and rare Cadillac. GM only made about 742 of these in 1958, and this is one of the lowest mileage ones that exist. It is very original and unmolested aside from paint, right down to the headlight bulbs. Was just photographed and documented in this month’s Collectible Automobile Magazine.

Brakes were completely gone through last year, including the power brake master, and I just replaced the steering rag joint since the old one was disintegrating. The factory-equipped 3 x 2 barrel carbs underwent a full rebuild and restoration and function as they should.

She drives as flawlessly as you’d expect with 14,000 miles on the clock. Many more pictures are available upon request.

This is a very solid car with no rust and no filler that I have found.

The Interior is in unbelievable condition and is all original. All the power windows, including power front wing windows, work perfectly; fast and smooth. The soft top, which I believe to be original, is in fantastic condition.

Clear IL title in hand. The car is available for inspection at any time. Thank you.”

Show or go: what would you do with this Survivor Cadillac?  Comment below and let us know!