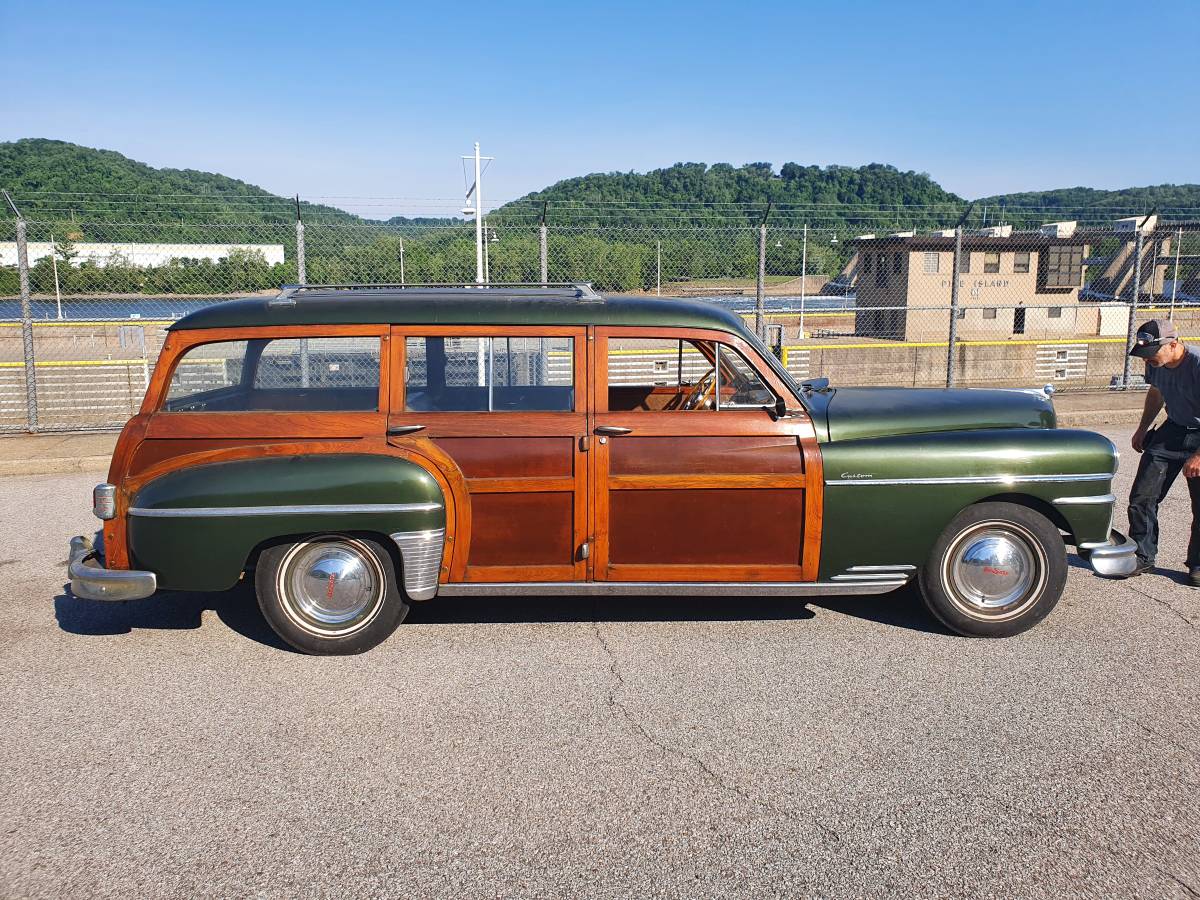 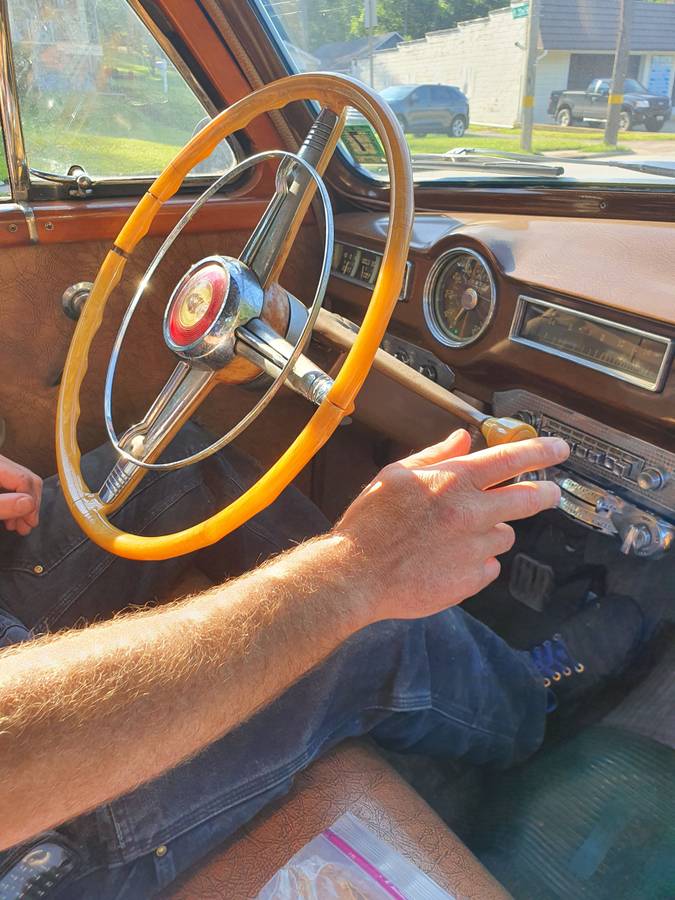 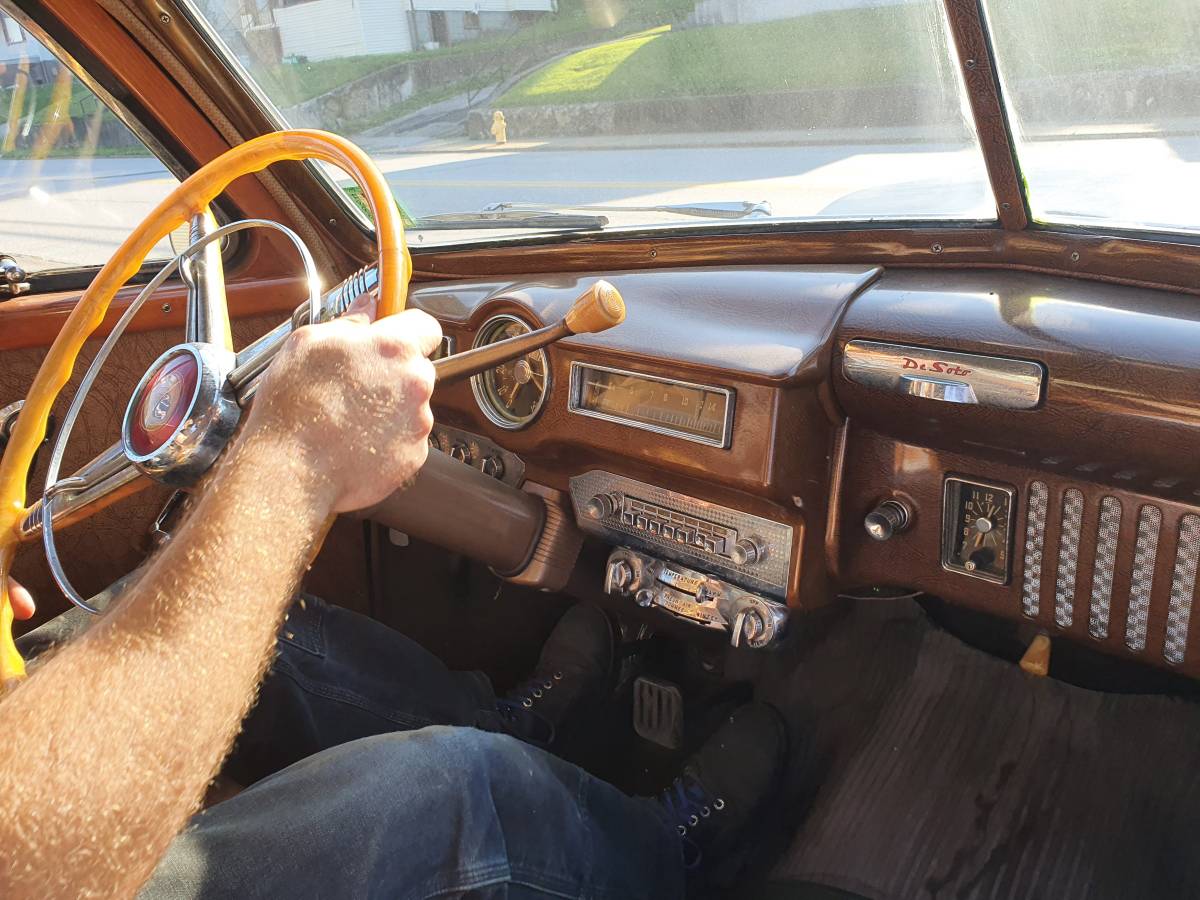 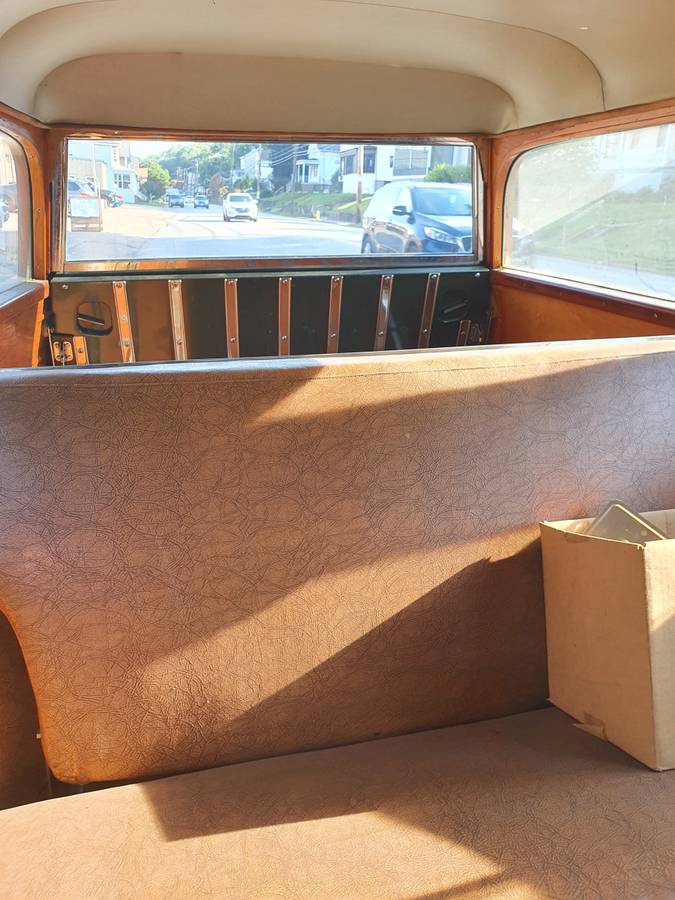 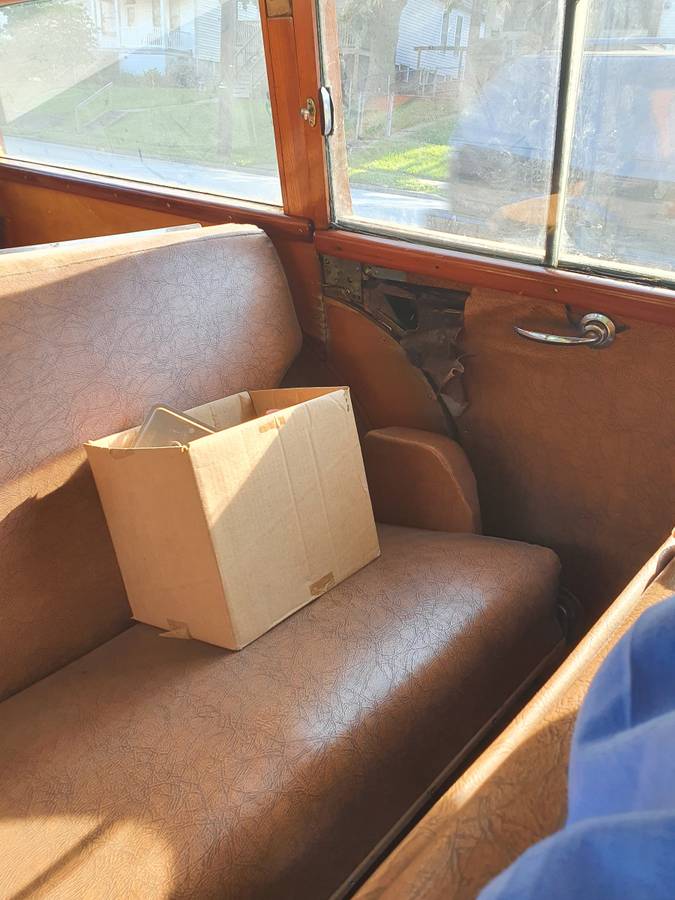 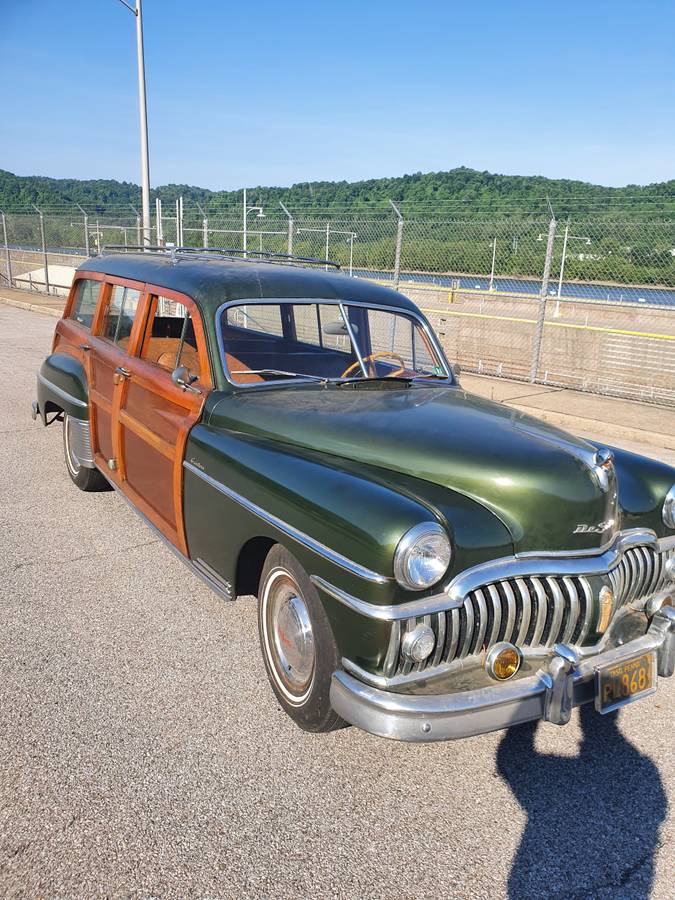 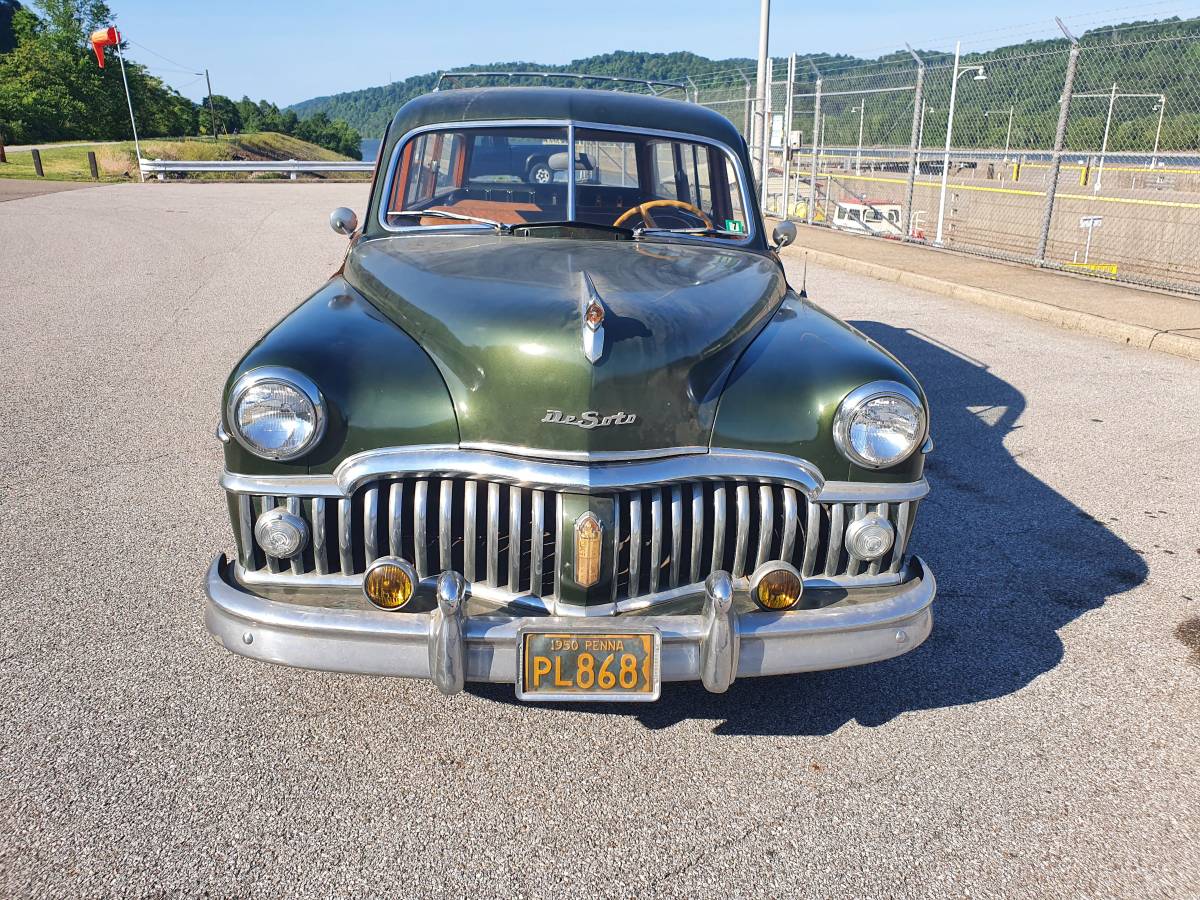 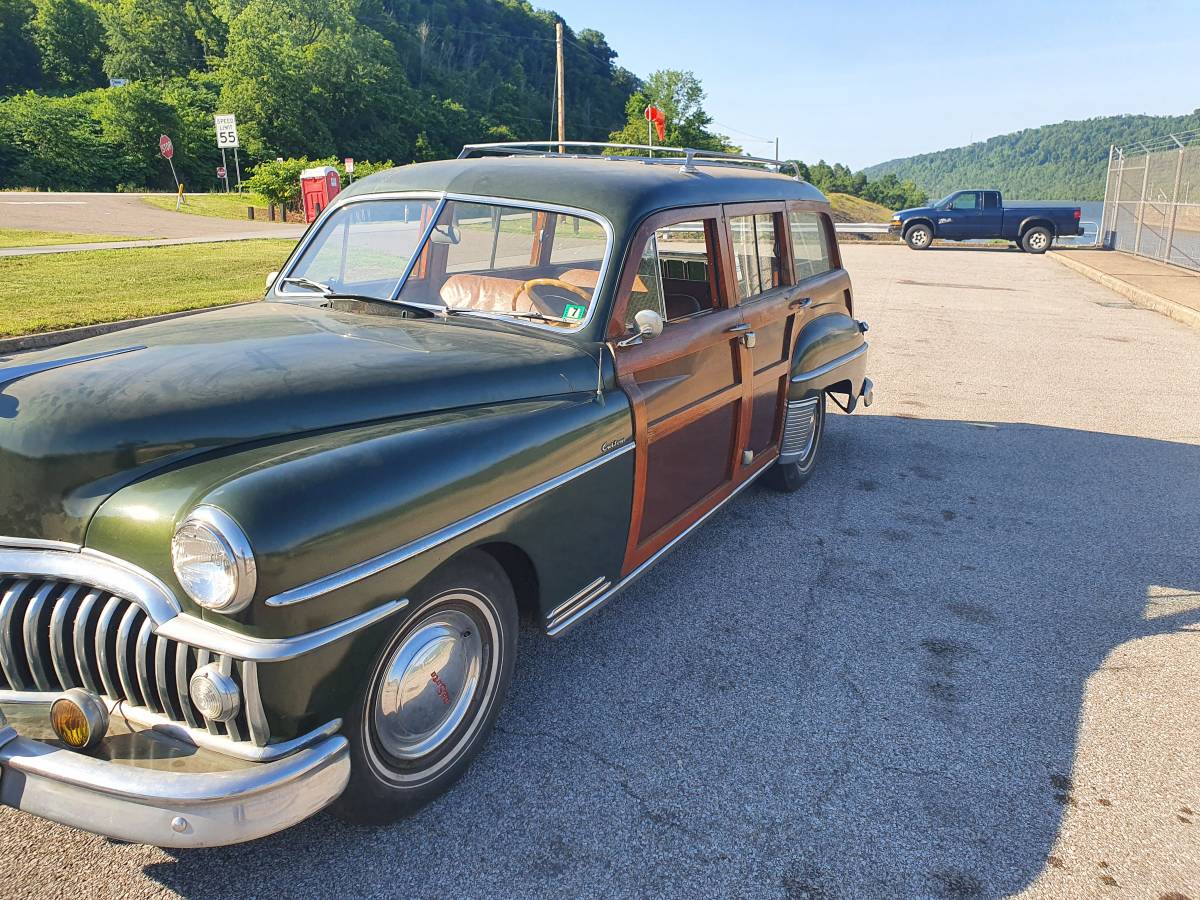 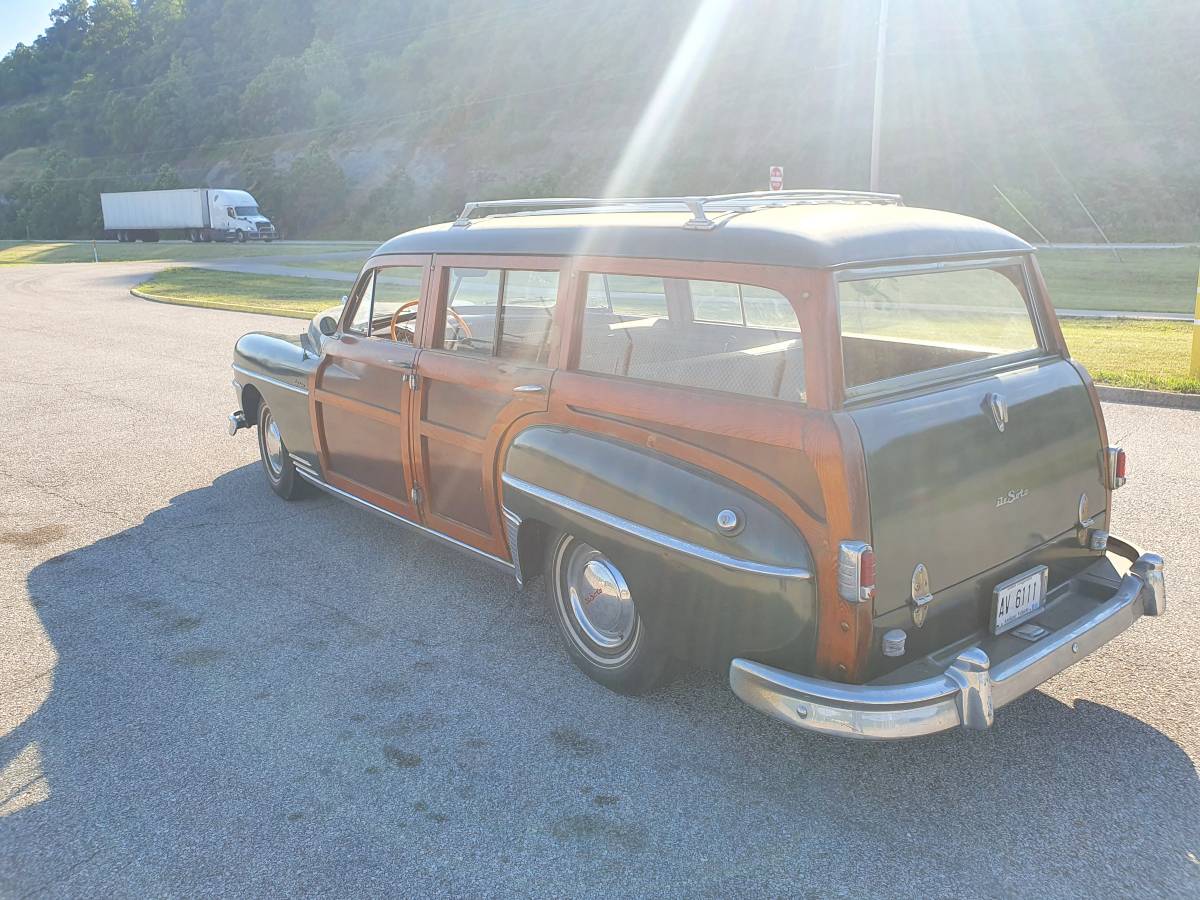 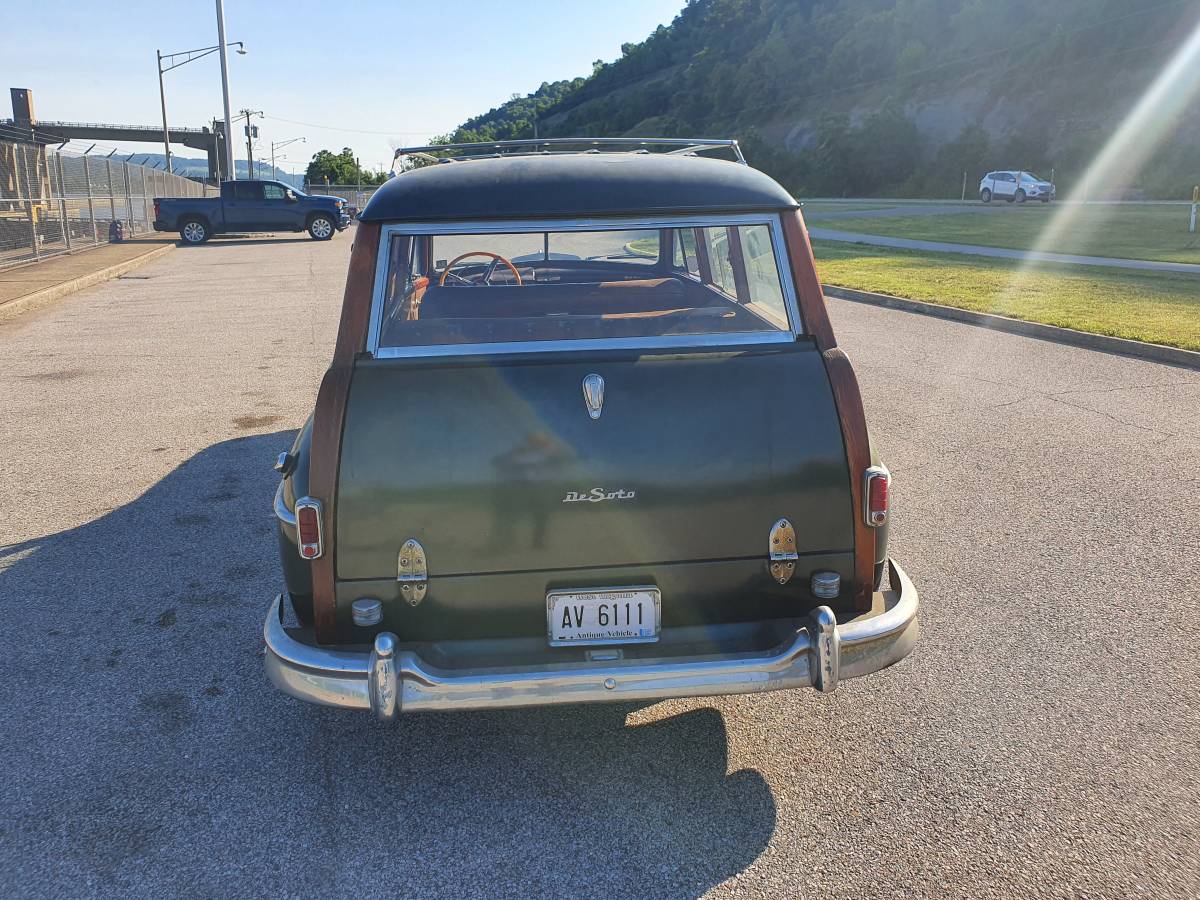 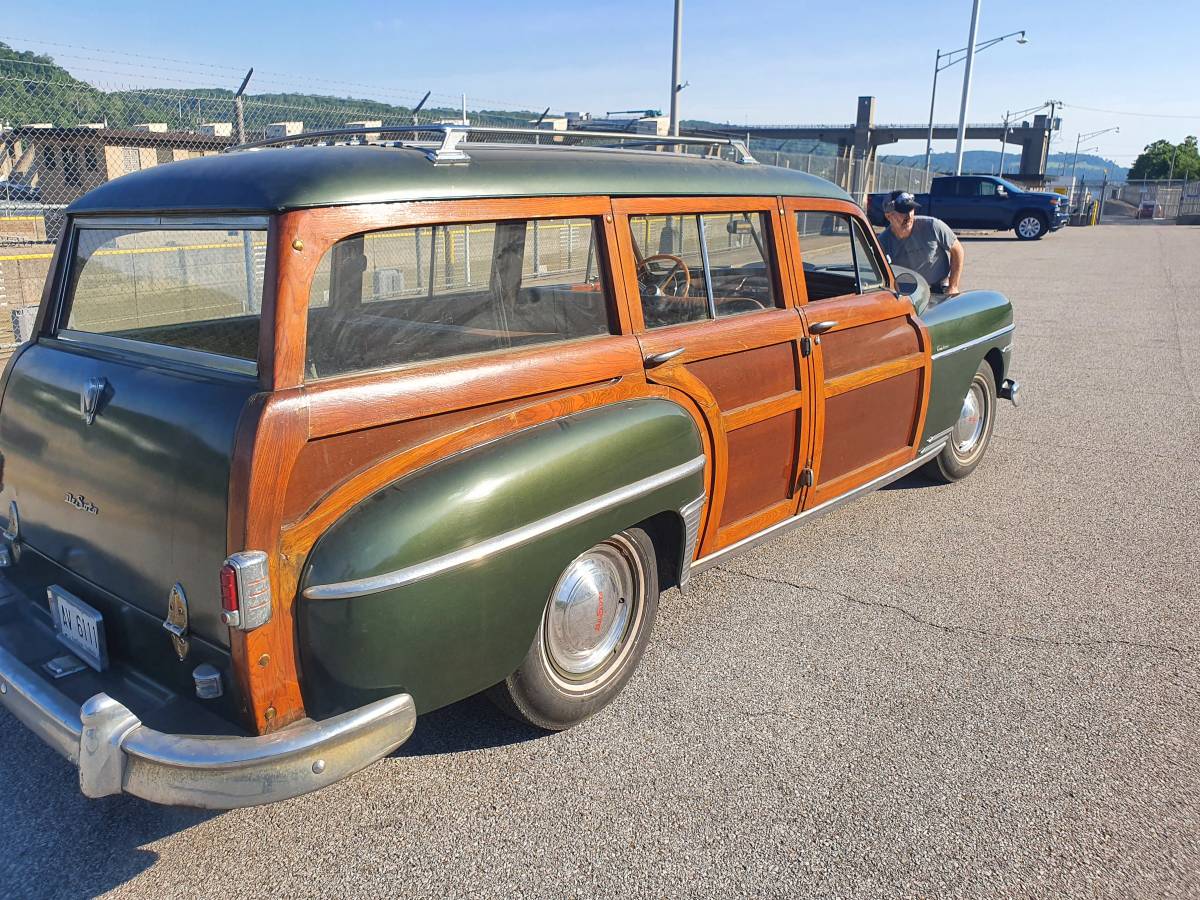 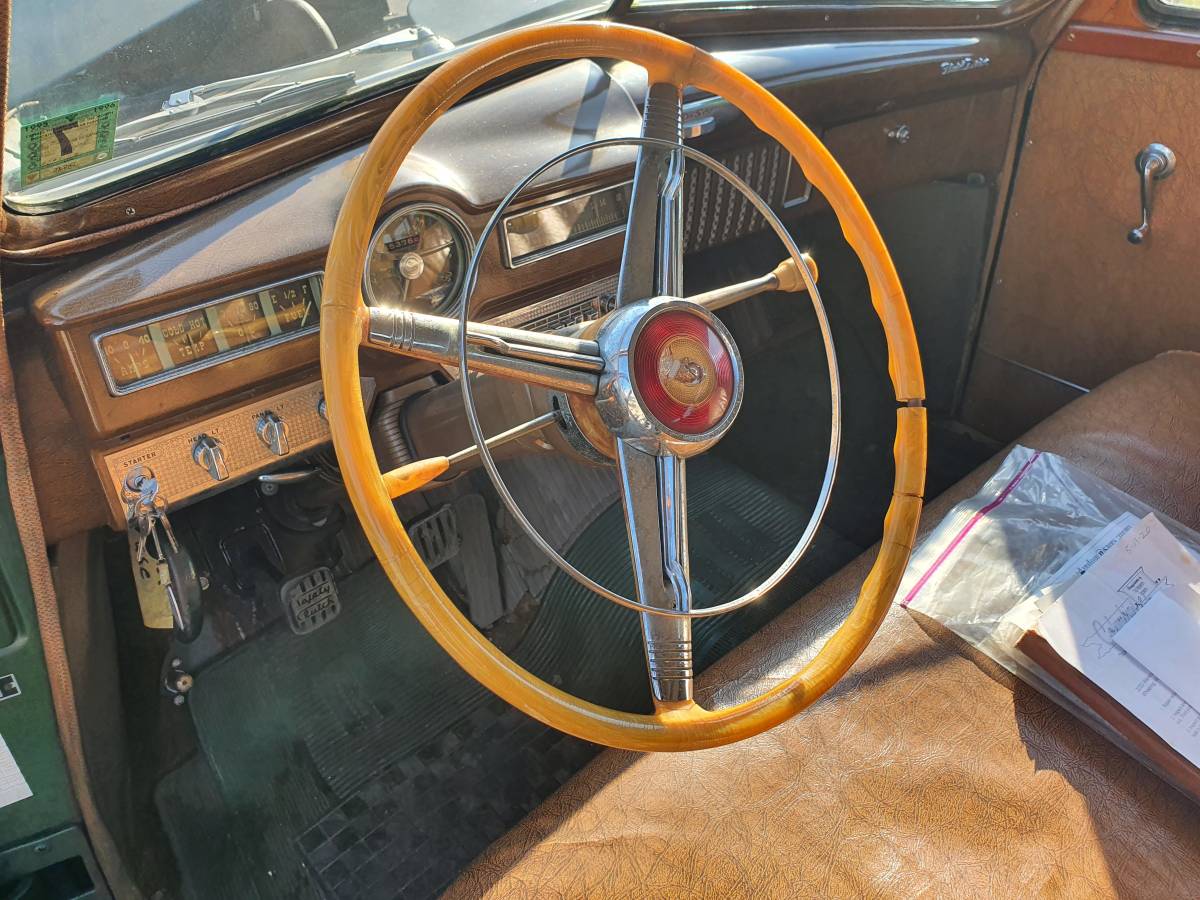 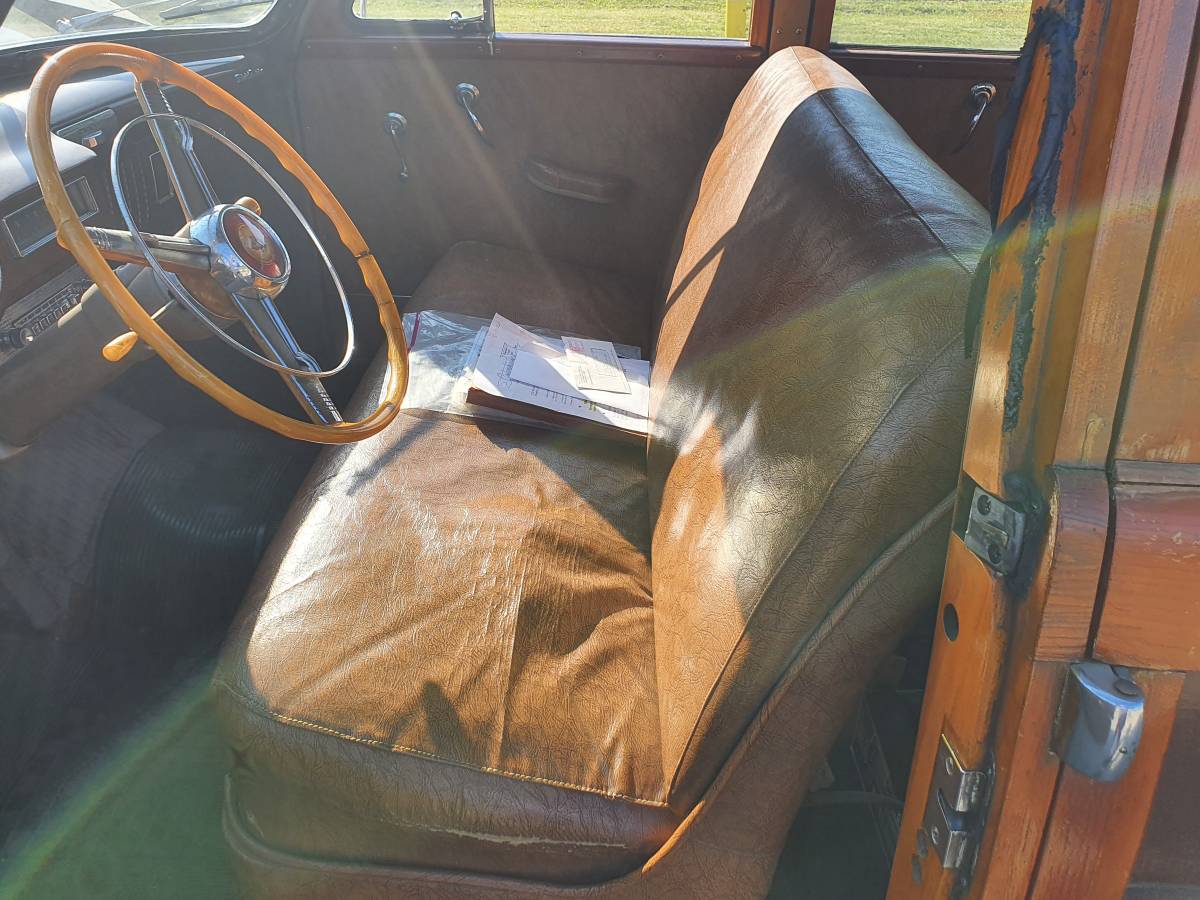 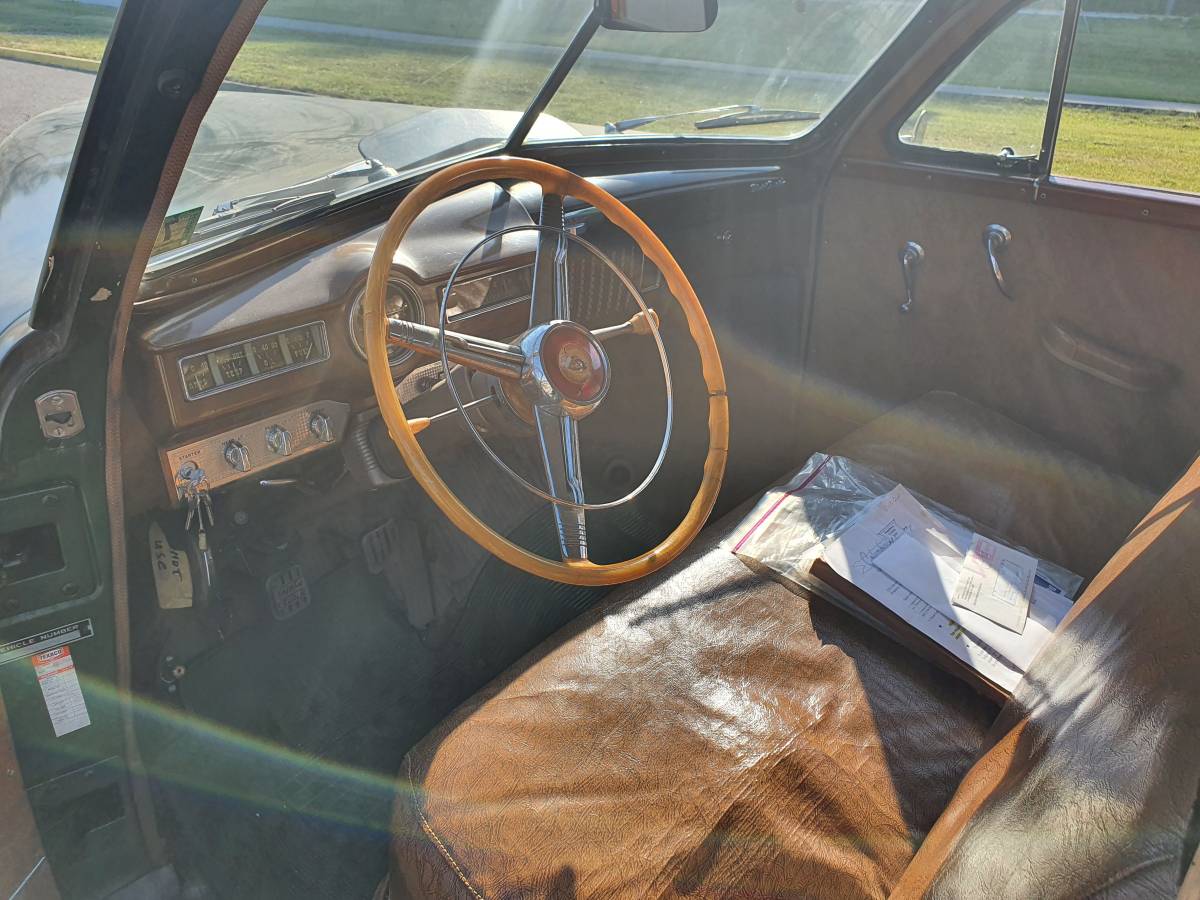 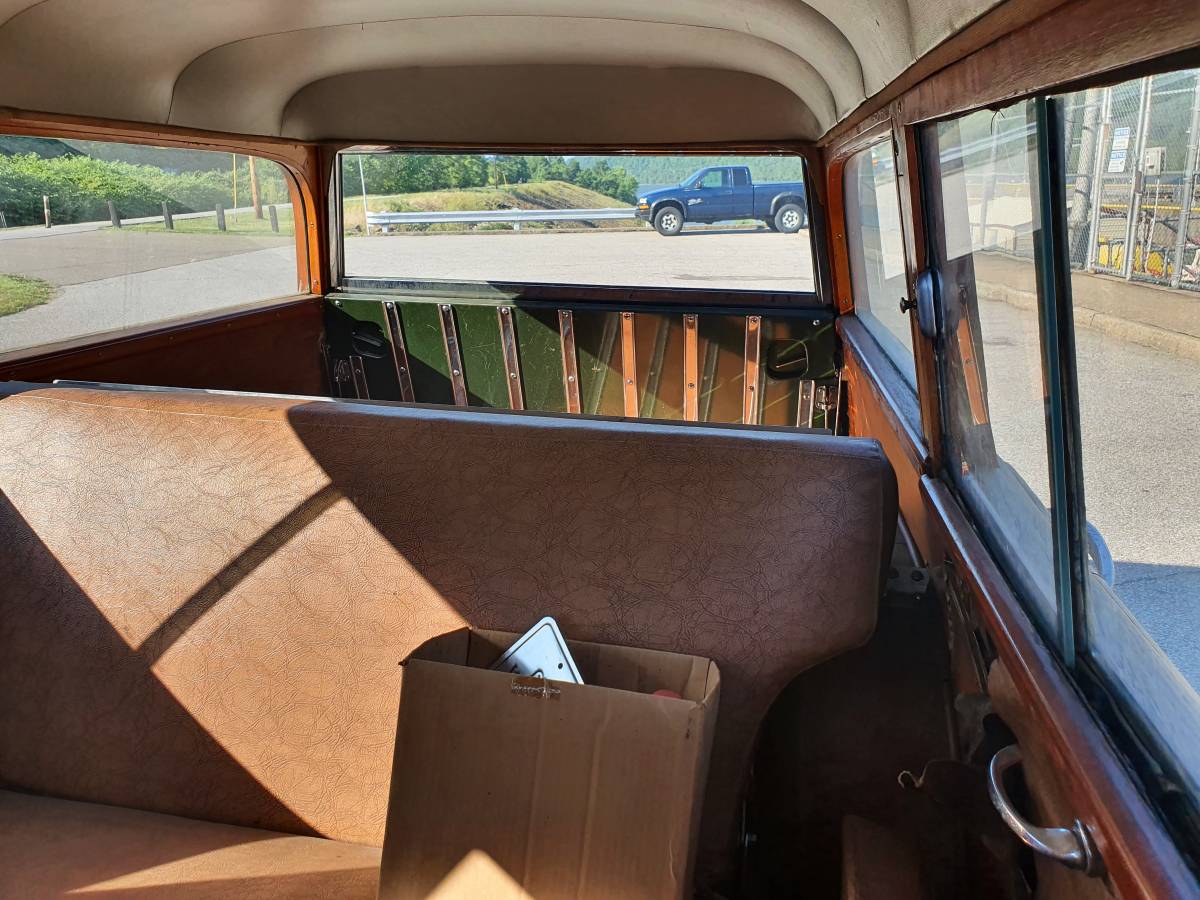 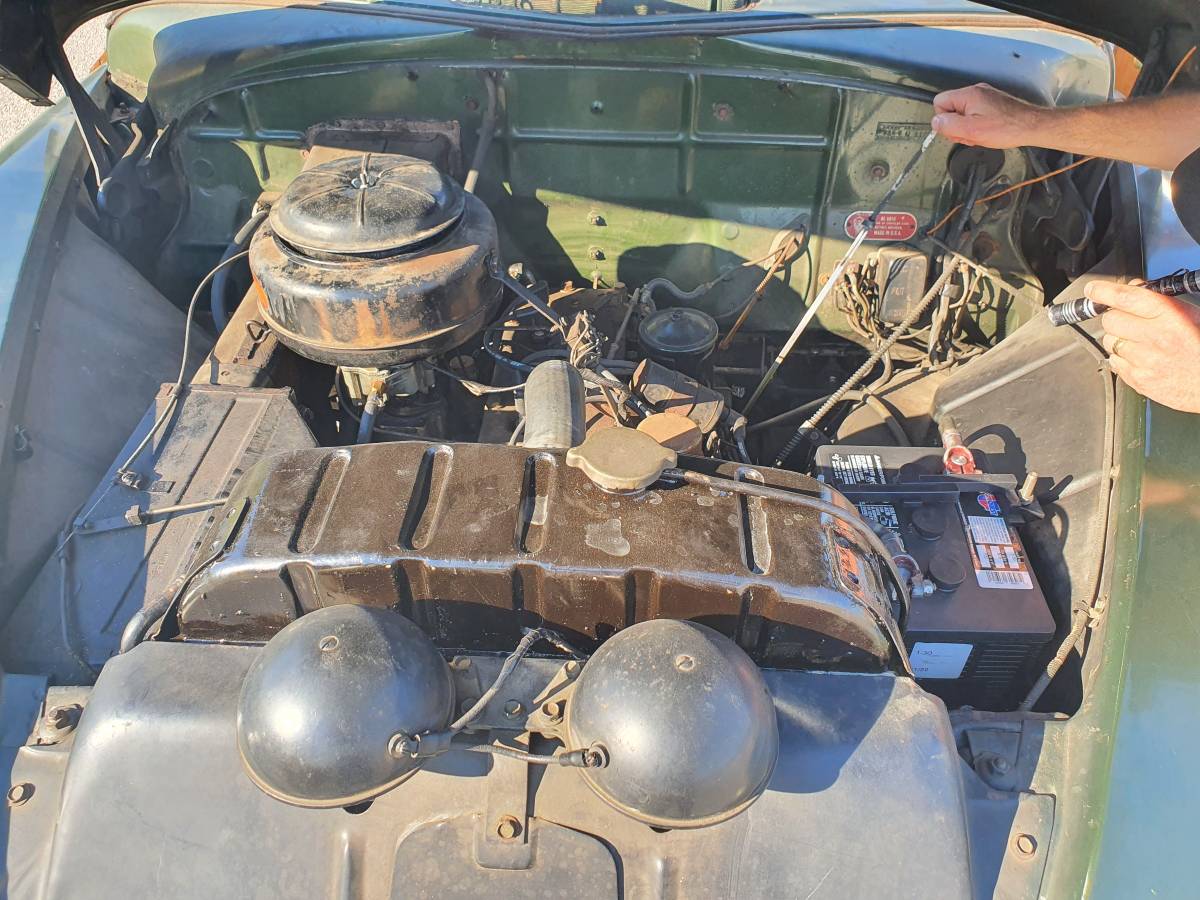 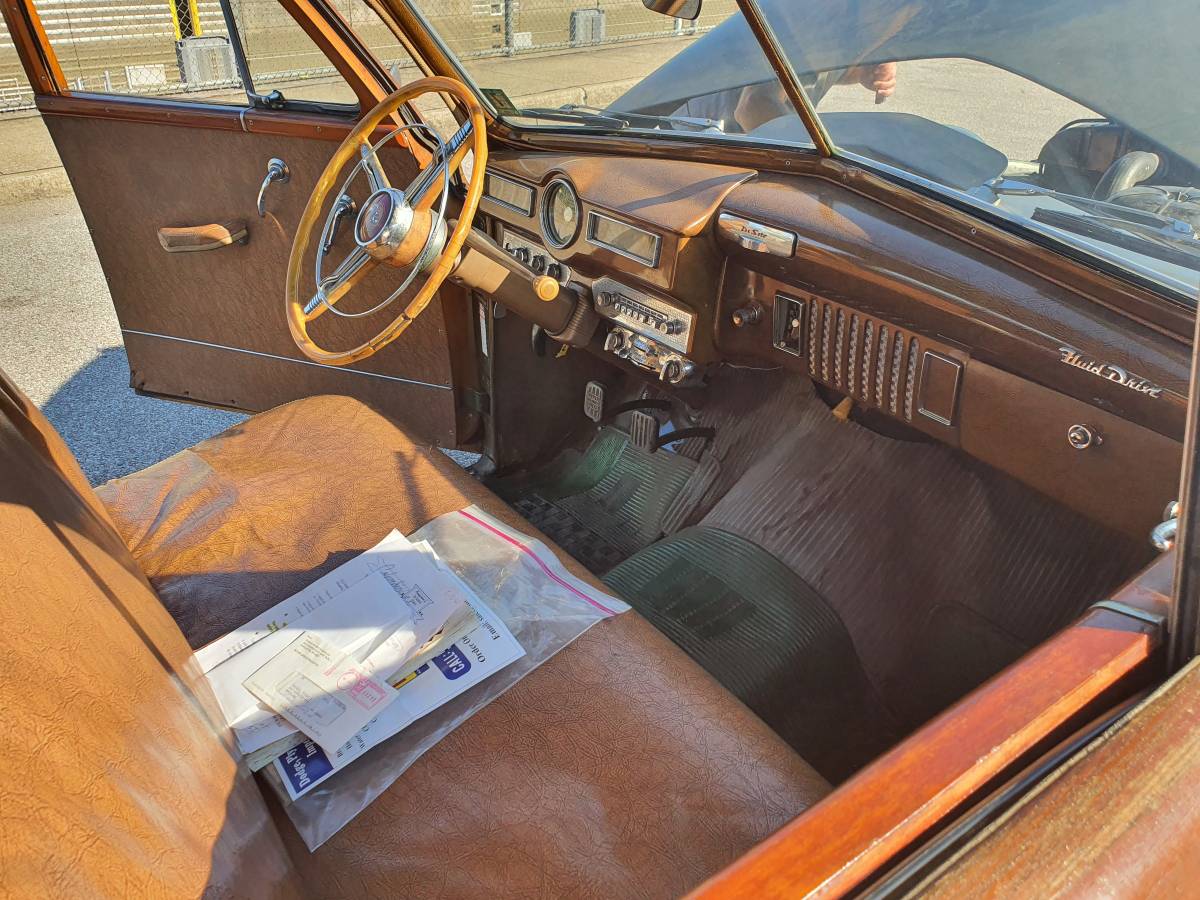 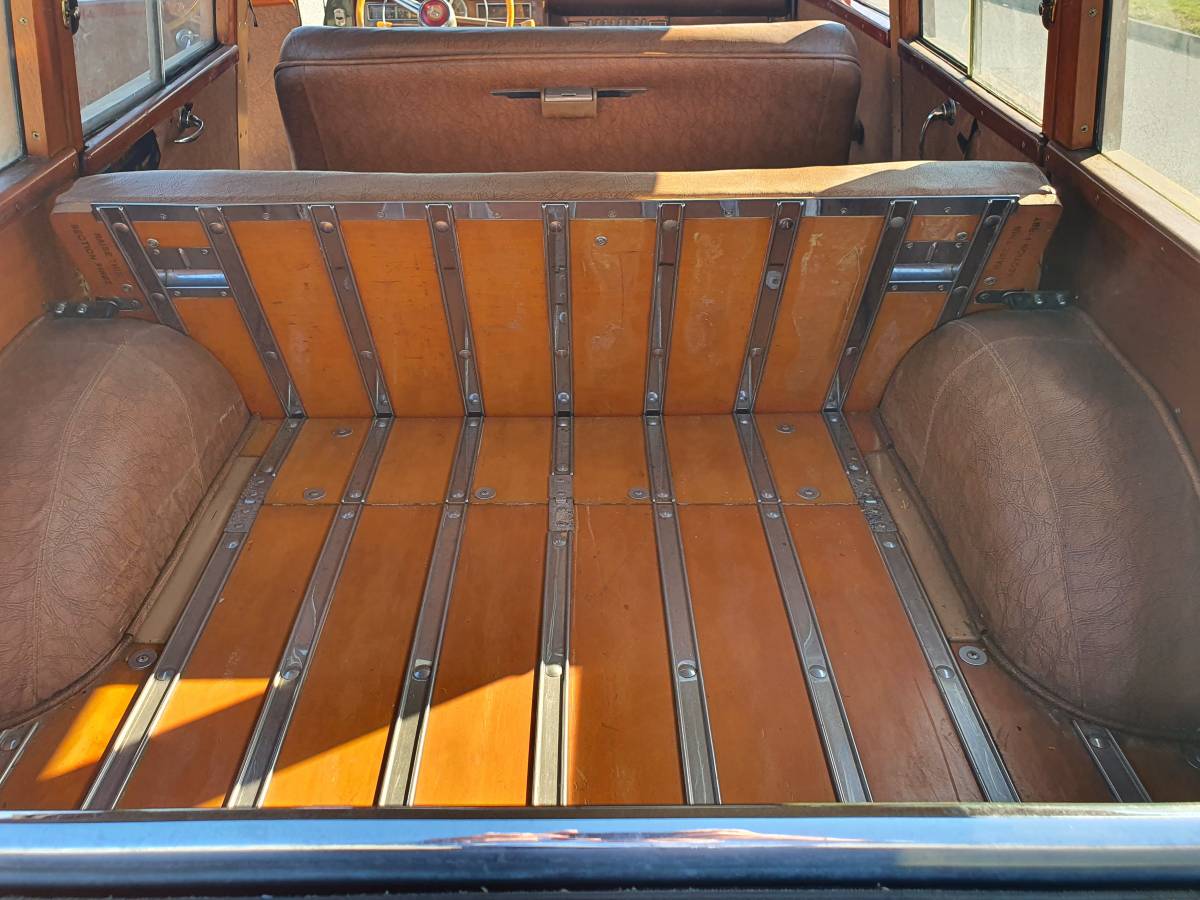 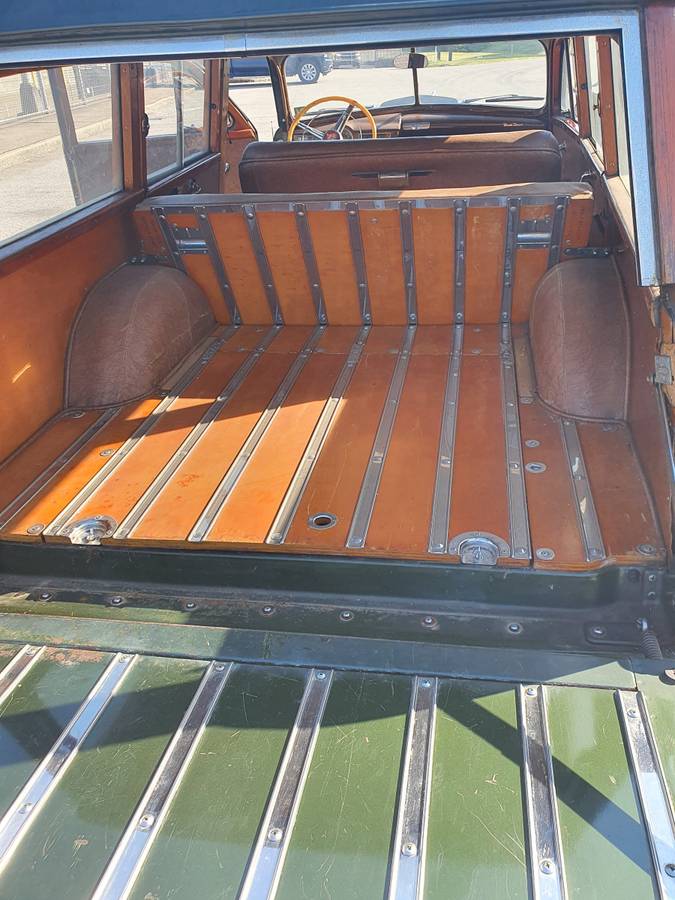 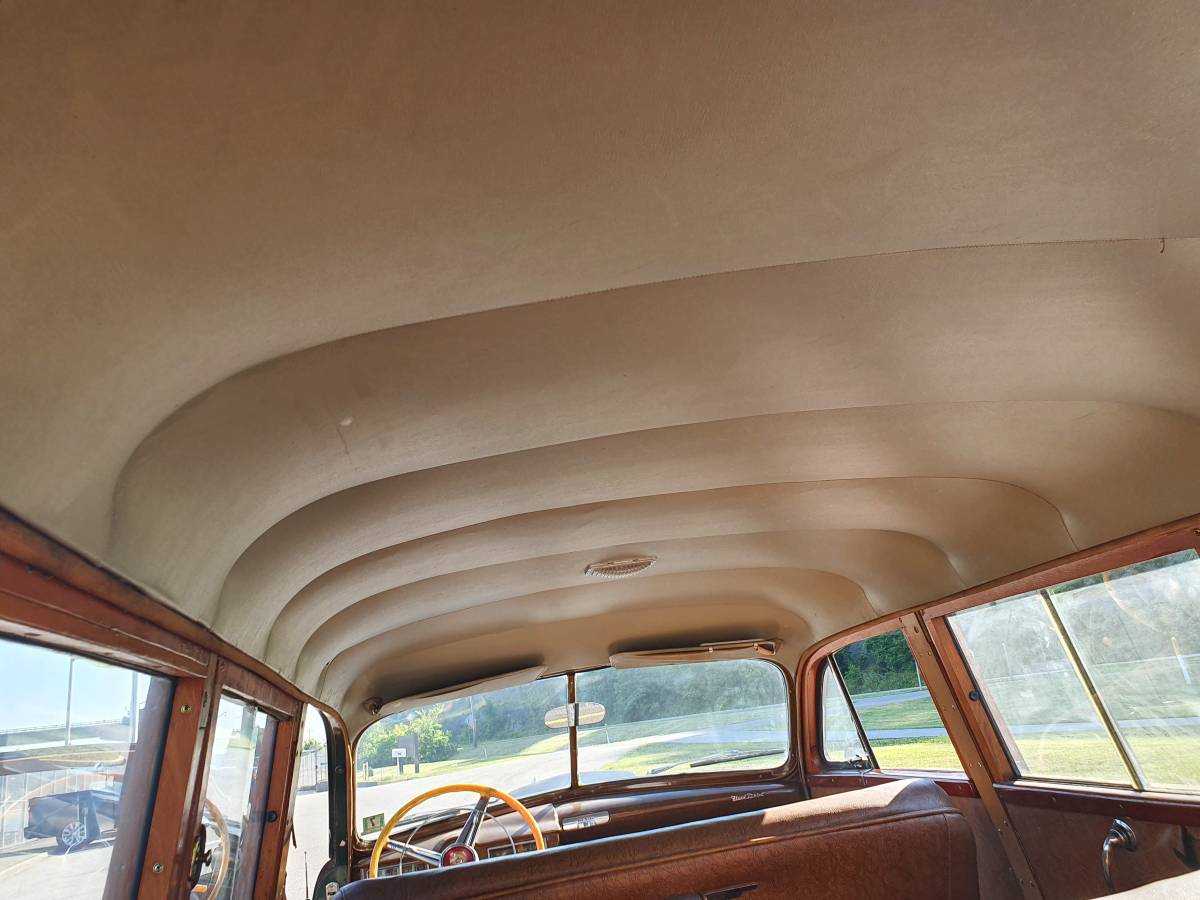 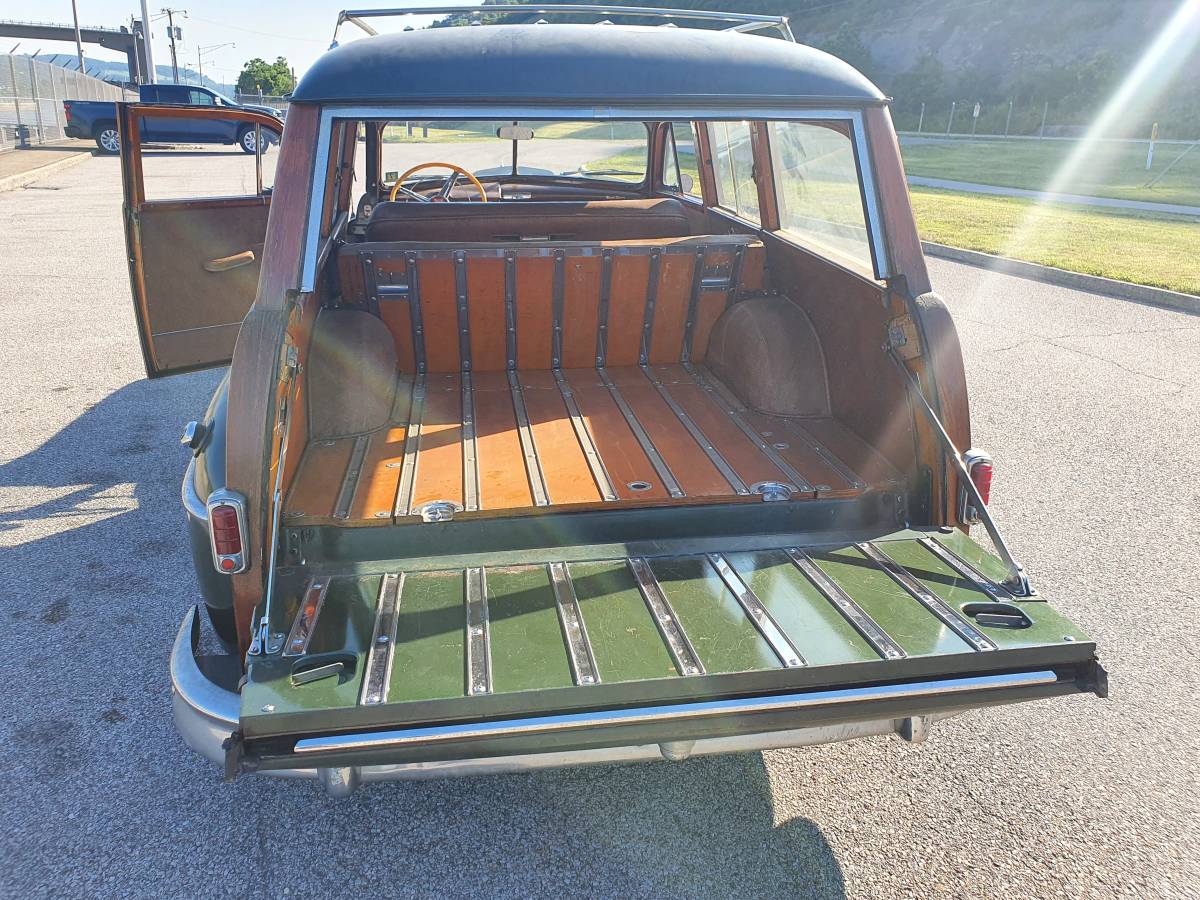 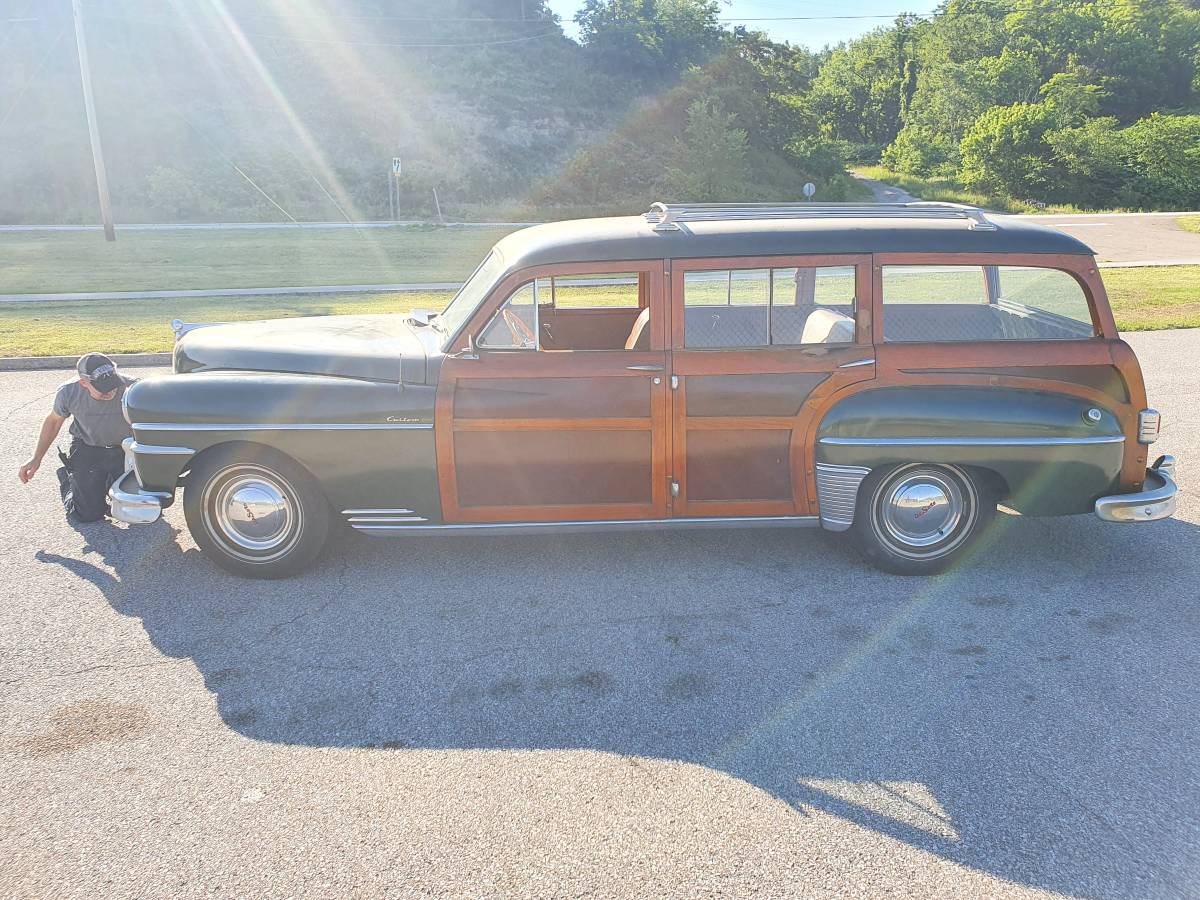 July 27, 2021 Update – We just confirmed the listing for this DeSoto “Classifind” expired, so with no replacement found we’re assuming this ride “Sold?” While this one got away, please reach out either by email or call us directly if you’d like to be informed when we come across something similar.

A contrast in new versus old technology, this 1950 DeSoto Custom Wagon originally listed in July 2021 on Craigslist in Wheeling, West Virginia was one of the first American cars to feature a fully automatic transmission while being one of the last to feature wood body construction.  This apparent survivor example owned by the same family since 1969 is currently being offered for $50,000. Comparing that price against the  Collector Car Market Review Online Tool reveals the seller’s asking price currently falls between this guide’s #2 “Very Good” estimate of $33,500 and its #1 “Excellent” appraisal of $54,600.

A very bland period in DeSoto’s history was the Standard and Deluxe models produced immediately after World War II. A fully redesigned DeSoto was launched in the second half of 1949, and these cars are referred to as “1949 Second Series” models.  The upscale Custom differed from Deluxe differed from the entry-level Custom line by featuring more trim, more standard features, and fancier interiors with more color choices. A six-tube and an eight-tube radio were optional.  The Deluxe shared its engine with the Custom and was powered by Chrysler’s L-head 237 cu in inline six-cylinder engine, delivering 109 brake horsepower at 3600 rpm. The DeSoto had full instrumentation and was one of the first cars to feature an automatic transmission, then labeled as “Fluid Drive.” While automakers restarted woody wagon production immediately after World War II to meet pent-up demand, this expensive-to-manufacture body style would soon be replaced in the early 1950s by all-steel versions.

In 1950, Chrysler offered both steel- and wood-bodied wagons, before phasing out the latter for 1951. Consequently, this car is likely one of the last Woody wagons produced.  Based upon the pictures provided and the brief description, it appears this car was nicely preserved rather than being restored at any point, however, you’ll need to confirm that with the seller.

Show or go: what would you do with this DeSoto survivor?  Comment below and let us know!