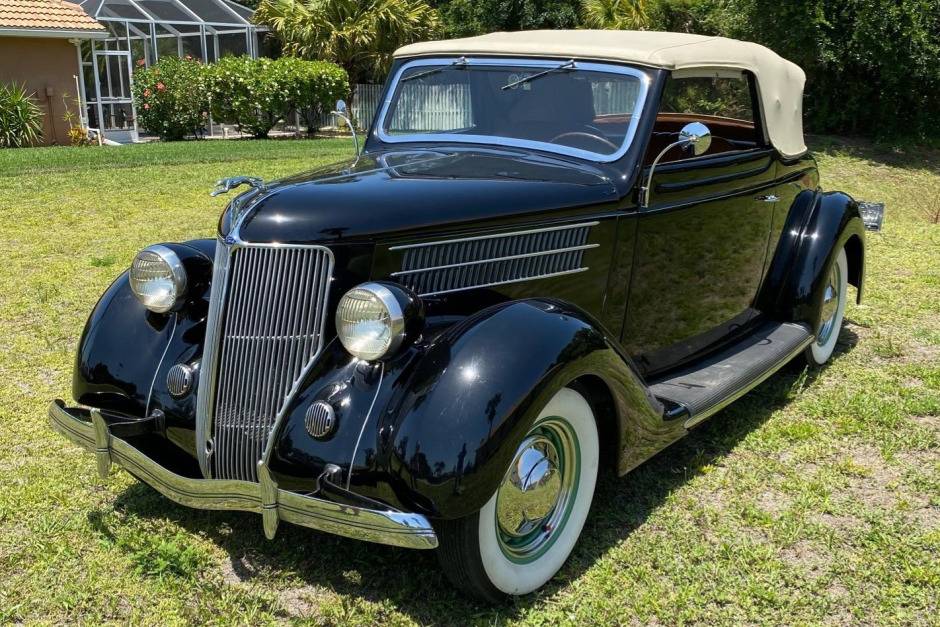 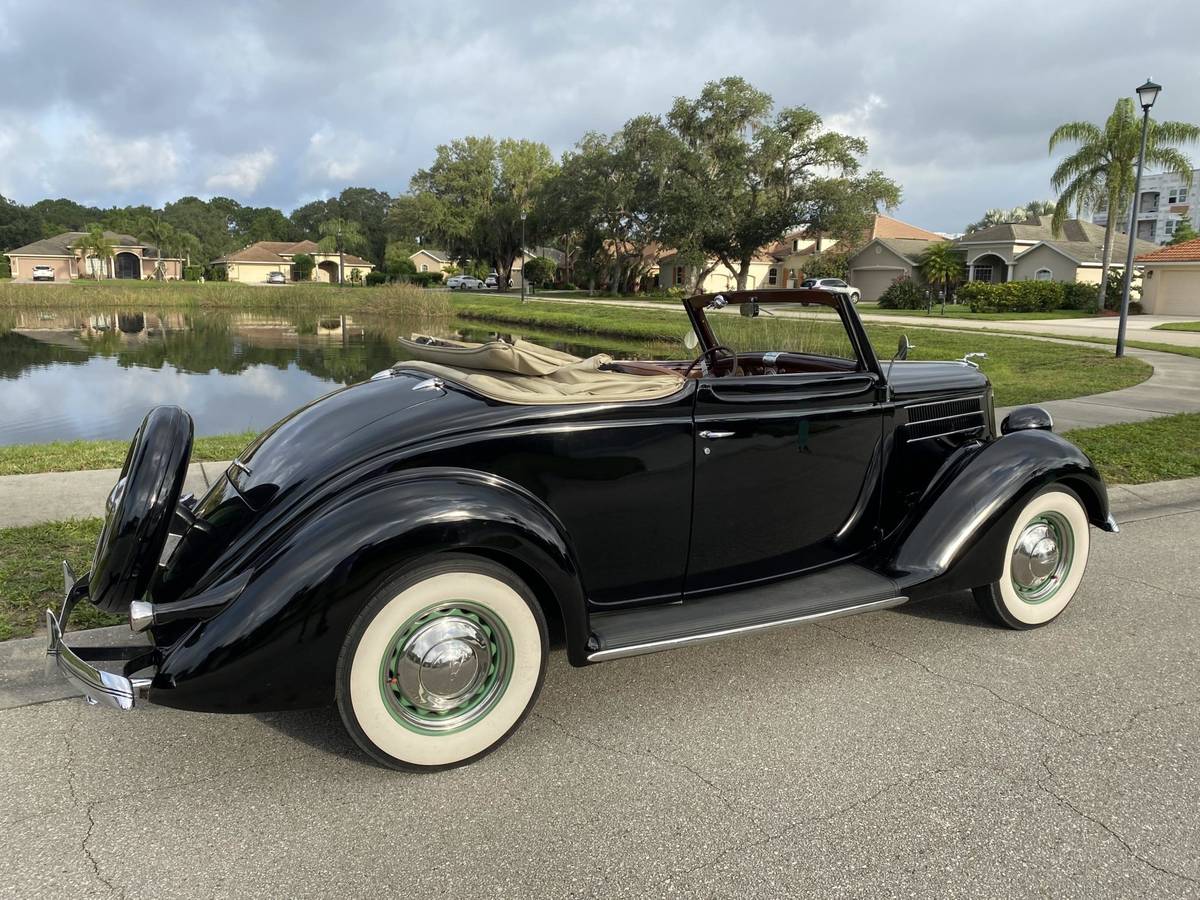 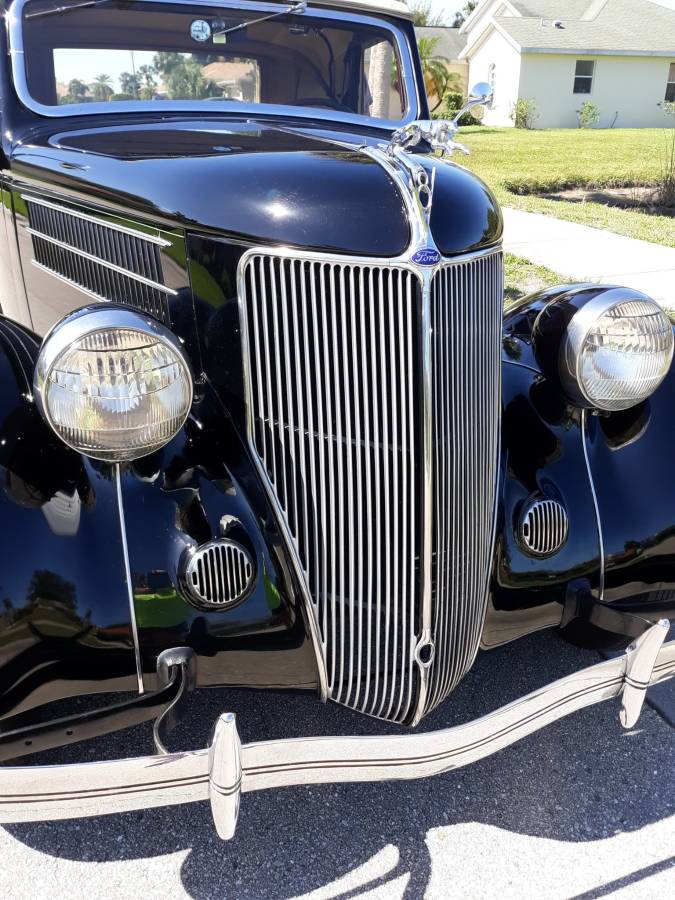 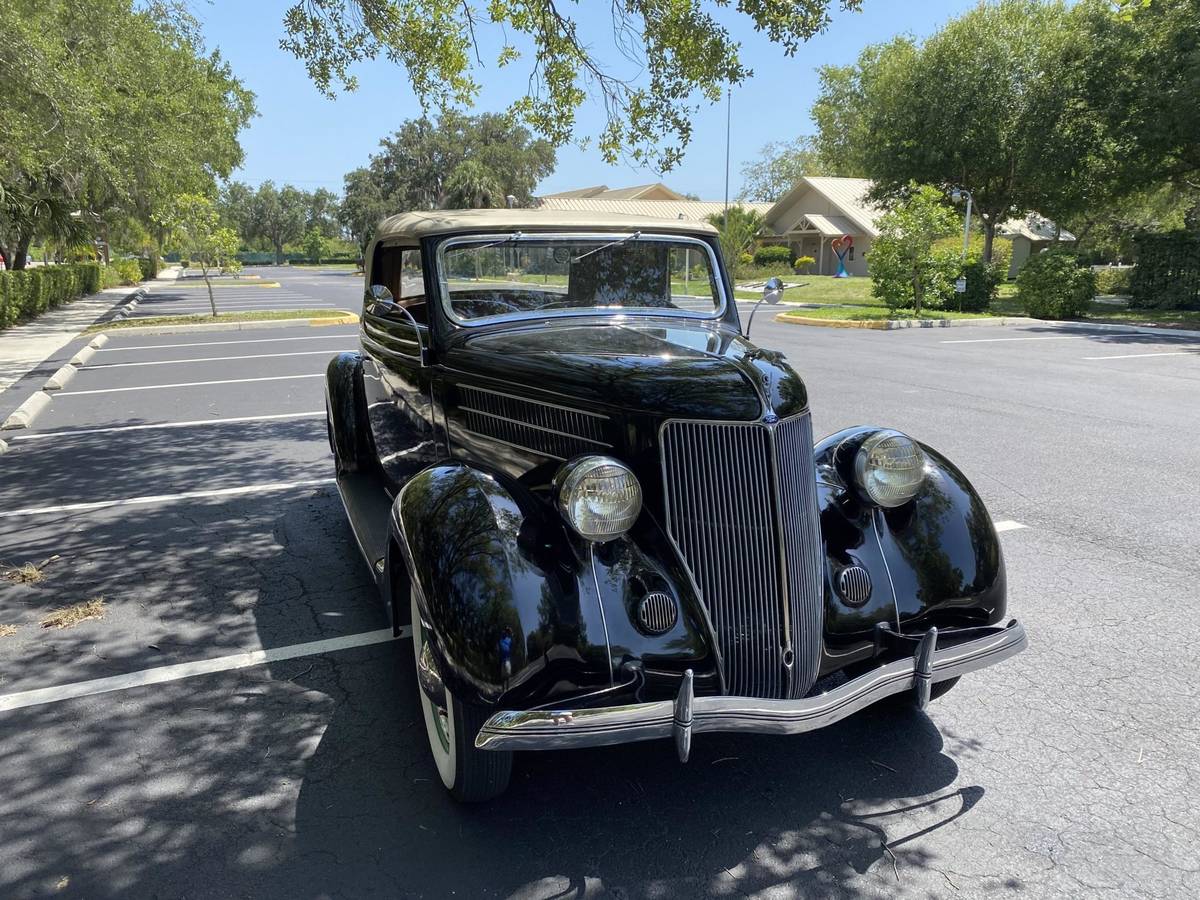 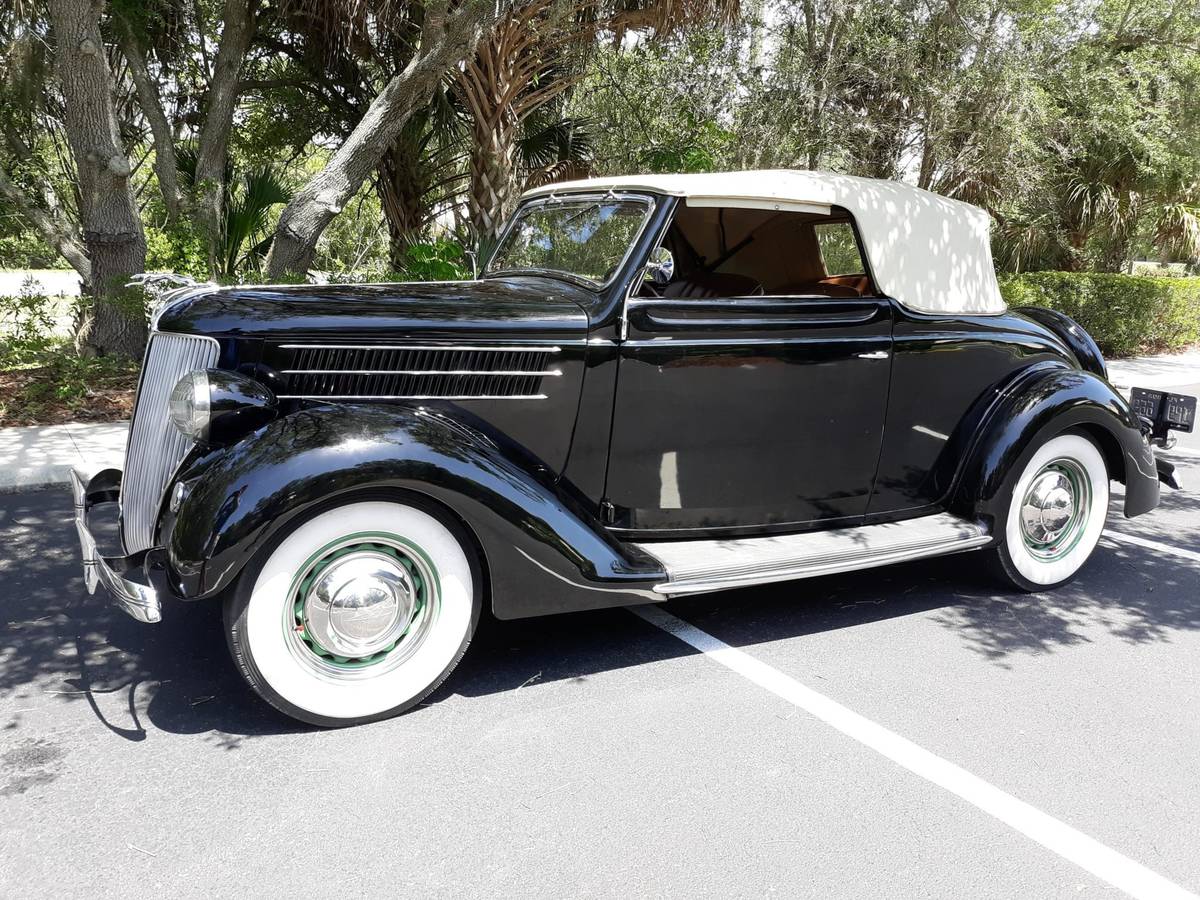 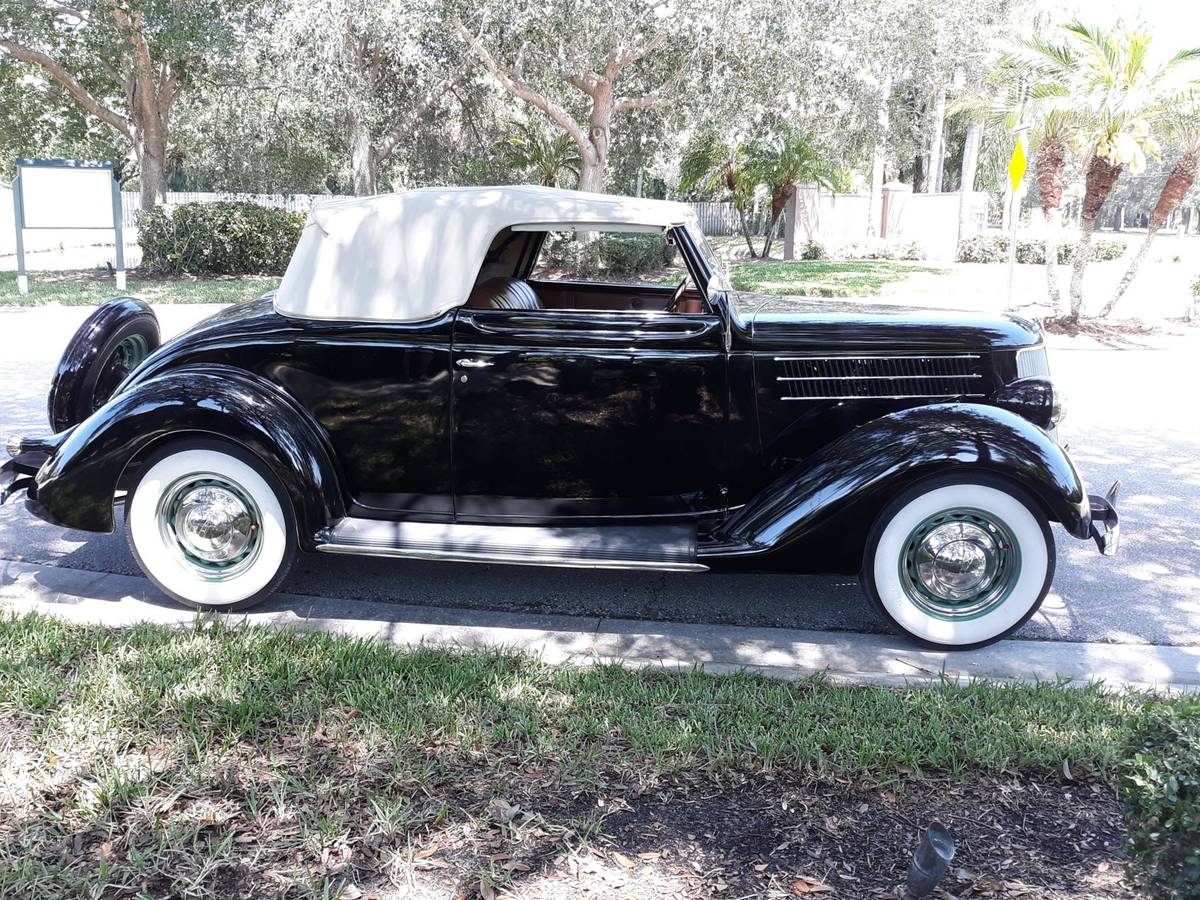 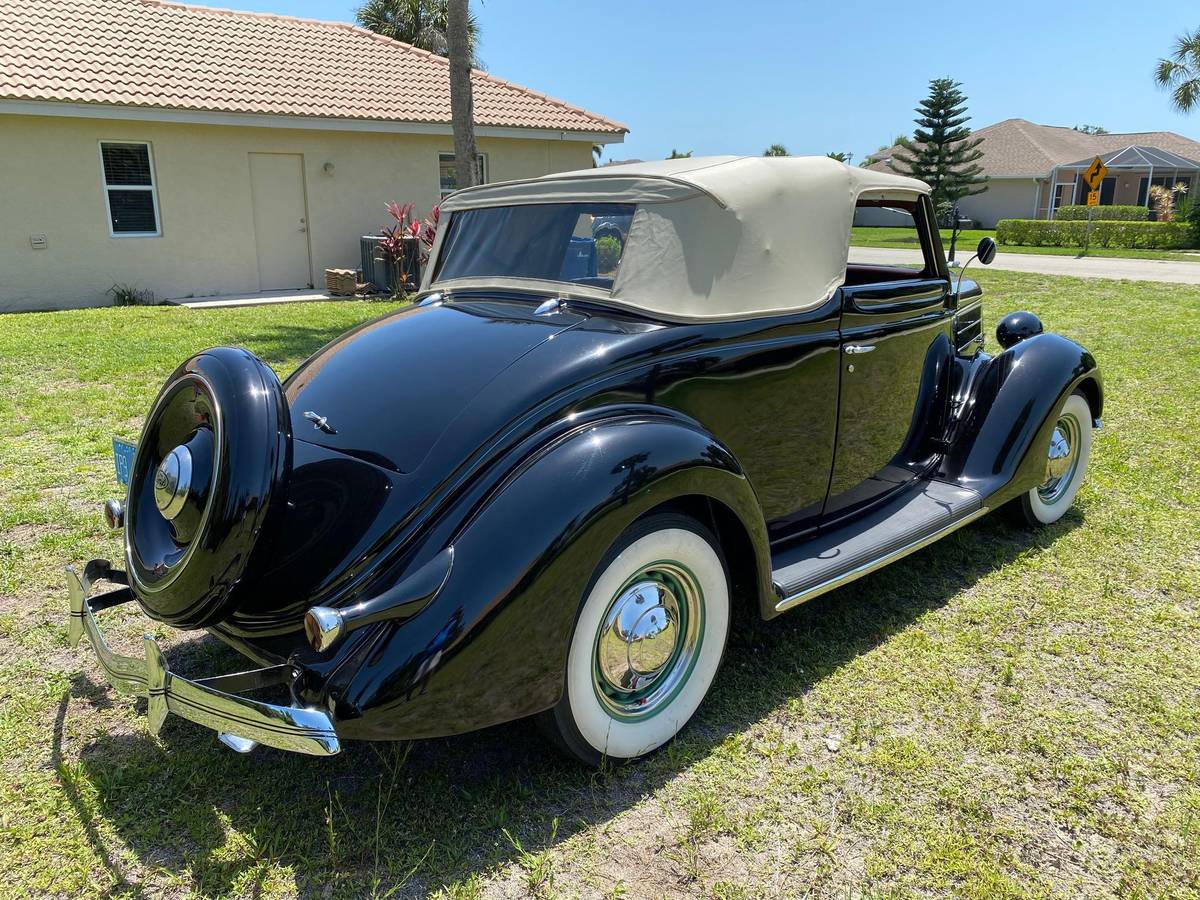 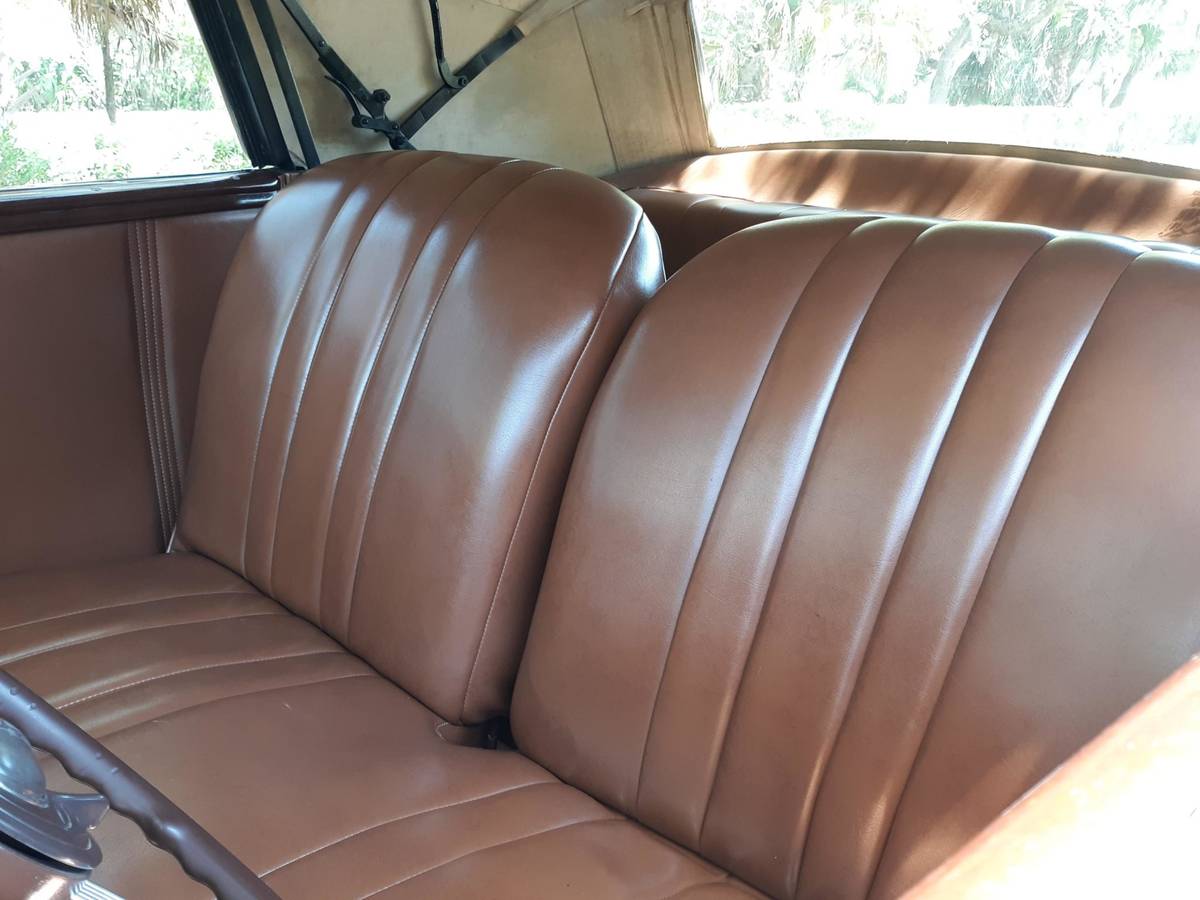 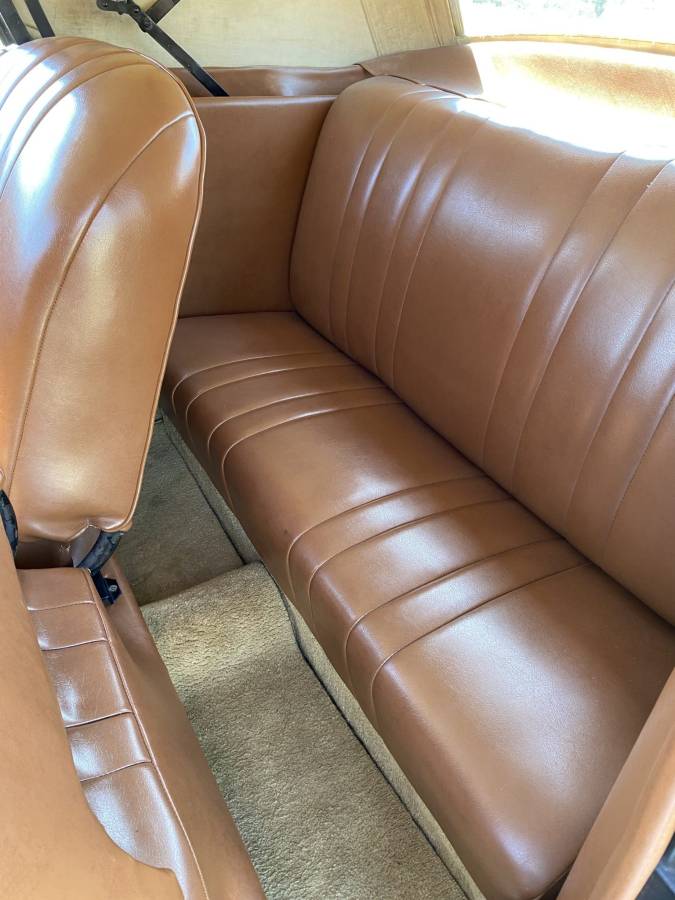 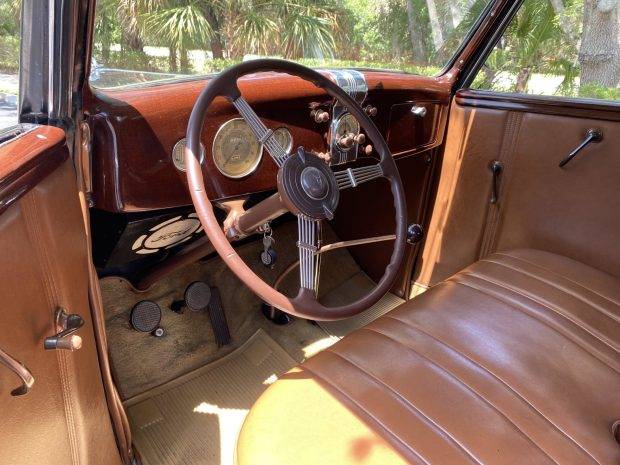 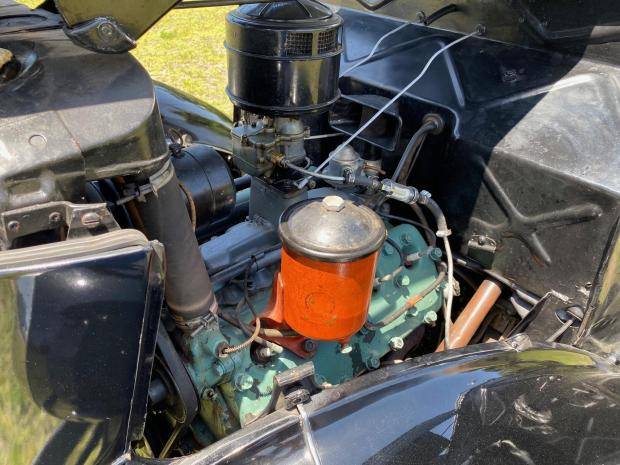 August 26, 2021 Update – We just confirmed the listing for this “Classifind” expired, so with no replacement found we’re assuming this ride “Sold?” While this one got away, please reach out either by email or call us directly if you’d like to be informed when we come across something similar.

July 8, 2021 Update – When we came across a fresh listing for this ’36 Ford we first featured in June, we were surprised to see the revised price actually increase by four thousand dollars to $34,000. We’ll see how that works out over the coming month.

There are a select few cars built in the 1930s that appeal to me. The most attainable of these classics is the 1936 Ford Model 68 in Club Cabriolet form such as this black over dark tan example currently originally listed in June 2o21 on Craigslist in Haverstraw, New York (NYC). Reported to have spent most of its life in California and benefiting from an older restoration, this Cabriolet appears to be a fine example offered at $30,000 currently. Comparing that price against the Hagerty Insurance Online Valuation Tool confirms the private seller has their TR250 priced between this guide’s #4 “Fair” estimate of $25,000 and its #3 “Good” appraisal of $39,500.

The Model 68 was an update on Ford’s V8-powered Model 40A, the company’s main product. Introduced in 1935, Ford gave the Model 68 a cosmetic refresh annually, begetting the 1937 Ford before being thoroughly redesigned for 1941. The 1935 Ford’s combination of price, practicality, and looks vaulted the company ahead of rival Chevrolet for the sales crown that year, with 820,000 sold.

Chevrolet regained the sales lead at the end of 1936, but the Ford still sold well. A new club cabriolet model was introduced with a fully framed windshield and weatherproof top, and the convertible sedan gained the popular integrated trunkback design.  Ford updated the look with an inverted pentagonal grille with all-vertical bars beneath a prominent hood and three horizontal chrome side strips (on DeLuxe models). The V8 DeLuxe was called Model 68. A concealed horn, long a prominent part of Ford’s design, also brought the car into modern times.

We love the driver quality presentation and pricing of this ’36, although the fact the current caretaker’s decision to sell after only a few months of ownership has us wondering why and hope it’s not for health reasons.  This is a great-looking vintage Ford that will likely get you compliments and more awards every time you drive it on a top-down quality day.

“This 1936 Ford Club Cabriolet reportedly spent much of its life in California with its long-term second owner before it was brought to Michigan in 2019 and acquired by the seller in Florida earlier this year. Finished in black with a cream-colored soft top over a tan interior, the car is powered by a 221ci Flathead V8 paired with a floor-shifted three-speed manual transmission and reportedly underwent a refurbishment approximately 15 years ago. Features include a rear bench seat, chrome side mirrors and bumpers, and a rear-mounted spare wheel. This Club Cabriolet is now being offered with transferable NY registration.
Approximately 4,600 Cabriolets were produced by Ford in 1936, a portion of which were Club Cabriolets. The model was offered solely in Deluxe trim and featured a trunk and a full-size rear bench seat. This example is finished in black and equipped with chrome front and rear bumpers with overriders, polished side mirrors, a Ford greyhound hood ornament, and a paint-matched spare tire carrier. Noted flaws include pitting on the chrome trim around the windshield as well as chips and scratches in the paintwork.“

Show or go: what would you do with this ’36 Ford Cabriolet?  Comment below and let us know!