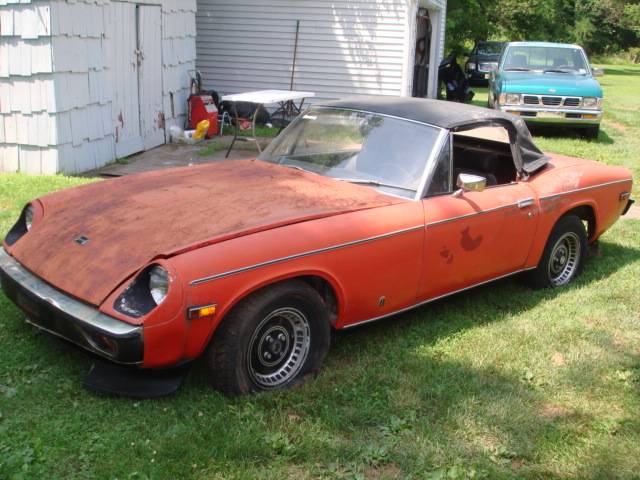 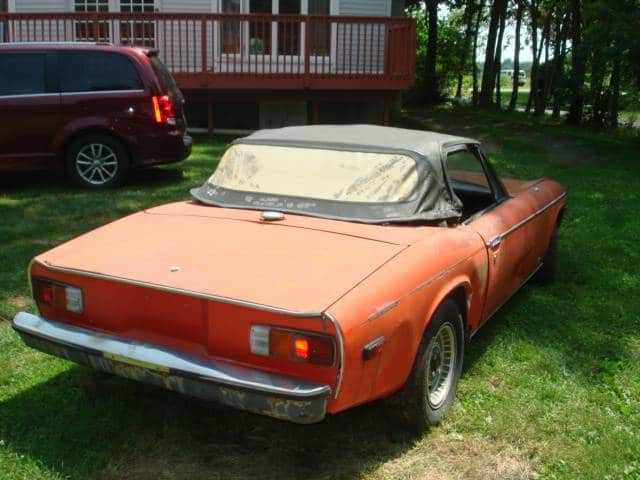 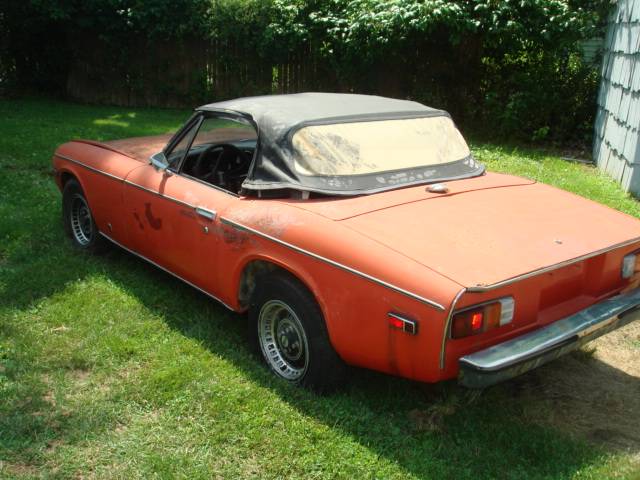 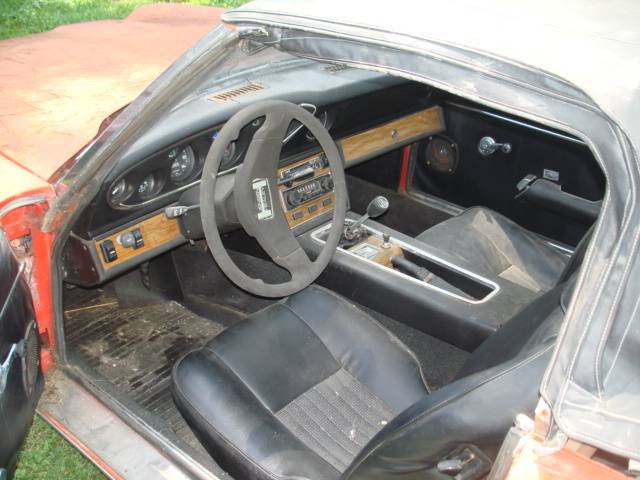 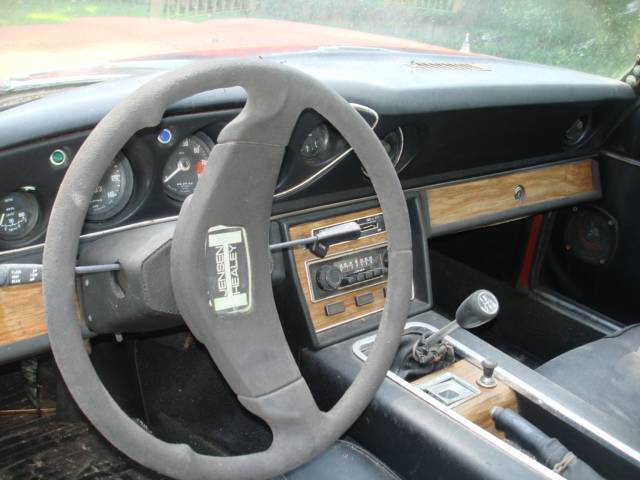 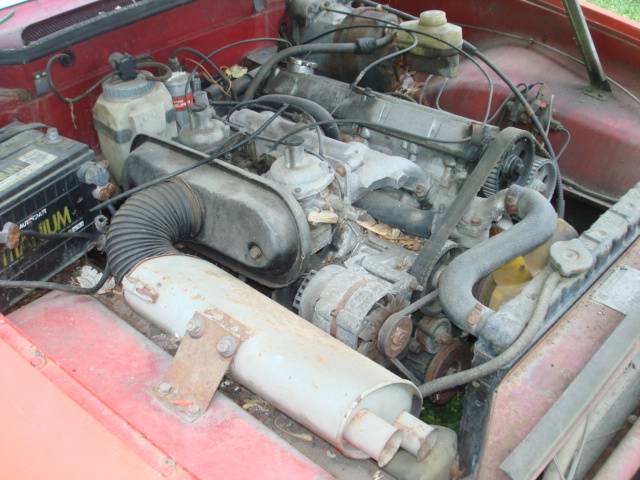 August 20, 2021 Update – Just before this Jensen-Healey Craigslist ad expired, we noticed the seller reduced their asking price to $1,399. So with no replacement found we’re assuming this ride “Sold?” While this one got away, please reach out either by email or call us directly if you’d like to be informed when we come across something similar.

July 26, 2021 – Be afraid. Be very afraid. The seller of this Jensen Healey barn find just lowered their asking price to $1,500.  This kind of money will likely lure someone into trying to bring this car back from the brink. Stay tuned!

Don’t let what appears to be a rust-free body fool you, underneath the dirty yet sexy fiberglass shell of this 1974 Jensen Healey originally listed in July 2021 on Craigslist in Pennington, New Jersey lurks Lucas, the Prince of Darkness.  He’s waiting to crush your soul and thin your wallet of what appears to a be tempting barn find waiting to be brought back to life for only $1,500 (down from the original ask of $2,500).  Comparing that price against the Hagerty Insurance Online Valuation Tool confirms the private seller has their Mk II priced nine hundred less than this guide’s #4 “Fair” (Daily Driver) estimate of $3,400. Similarly, the  Collector Car Market Review Online Tool provides a consistent assessment as in this case the asking price falls below this guide’s #4 “Fair” appraisal of $3,550.

Designed by famed sports car builder Donald Healey and built by Jensen, their combined creation ended up with 10,503 produced between 1972 and 1975.  The 1974 example featured here is known as a MkII, of which 7,146 were produced.  Launched in 1972 as a fast, luxurious, and competent convertible sports car, it was positioned in the market between the Triumph TR6 and the Jaguar E-Type. The 50/50 weight balance achieved by the use of the all-alloy Lotus 907 engine led to universal praise for having excellent handling.

When production of the Austin-Healey 3000 ended in 1967, Donald Healey opened discussions with Jensen Motors, who had built the bodies for Healey’s Austin-Healey cars. The largest Austin-Healey dealer in the U.S., San Francisco-based Kjell Qvale, was also keen to find a replacement to the 3000; Qvale would become a major shareholder of Jensen, making Donald Healey the chairman. The Jensen-Healey was developed in a joint venture by Donald Healey, his son Geoffrey, and Jensen Motors. Hugo Poole did the styling of the body, the front, and back of which were later modified by William Towns to take advantage of the low profile engine and to allow cars for the U.S. market to be fitted with bumpers to meet increasingly strict U.S. safety regulations. The unitary body understructure was designed by Barry Bilbie, who had been responsible for the Austin-Healey 100, 100-6, and 3000 as well as the Sprite. It was designed to be easy to repair, with bolt-on panels, to keep insurance premiums down.

Early cars (1973-1974.5) such as the example featured here came fitted with two-piece steel and chrome bumpers originally designed for the Jensen-Healey.  The suspension was simple but effective with double wishbone and coil springs at the front, and a live rear axle with trailing arms and coils at the rear. Brakes consisted of discs at the front and drums at the rear. The suspension, steering gear, brakes, and rear axle were adapted from the Vauxhall Firenza with the exception of the front brakes, which were then widely used Girling Type 14 Calipers.  after experimenting with a variety of engines, Healey selected the new Lotus 907 engine to power his new car.  Not only did this new engine meet U.S. emissions of the period, but this engine was also the first modern dual overhead cam four-valve per cylinder engine to be mass-produced on an assembly line. North American versions came equipped with dual single throat Zenith Strombergs.

In this Wheeler Dealers video, Ed China elected to remove the engine to completely service it in their Jensen Healey project car they had at the time:

We’re not sure the extent to which the seller means by “will need some TLC to get running again.” but if you’re looking for what could become a very challenging project, don’t say we didn’t warn you.

“1974 Jensen Healey, Original Condition Barn Find. Very Rare!! Will need some TLC to get running again. Have Title and can have it towed to your location for a fee. Selling AS-IS“ 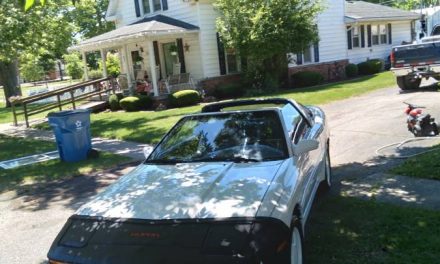 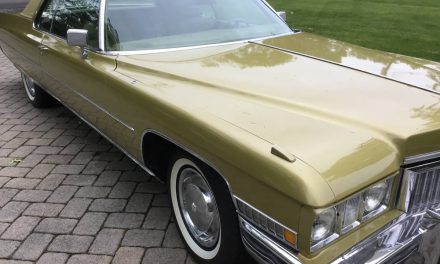 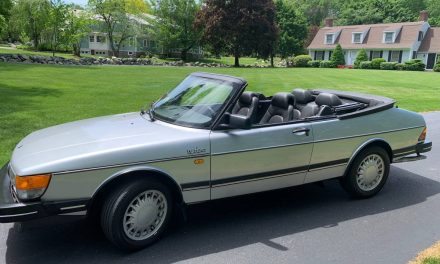