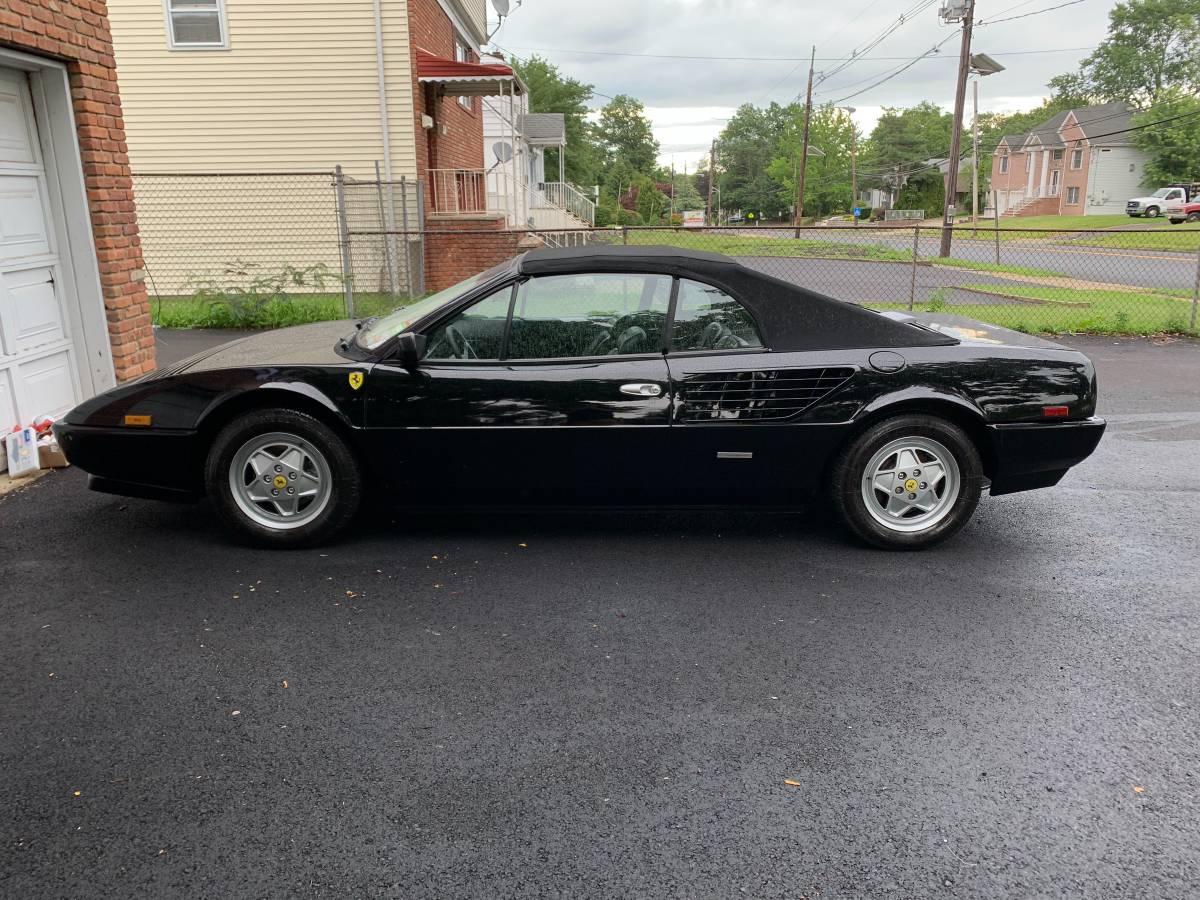 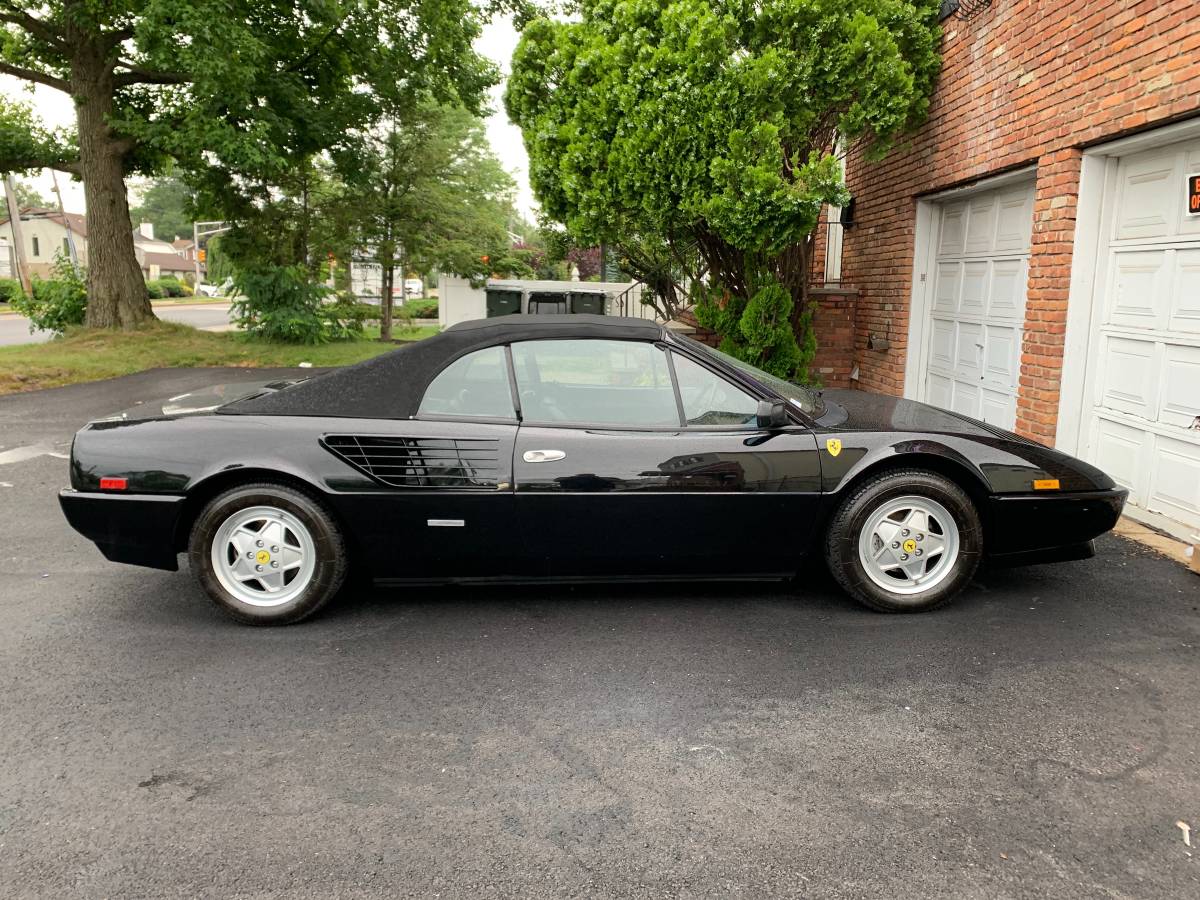 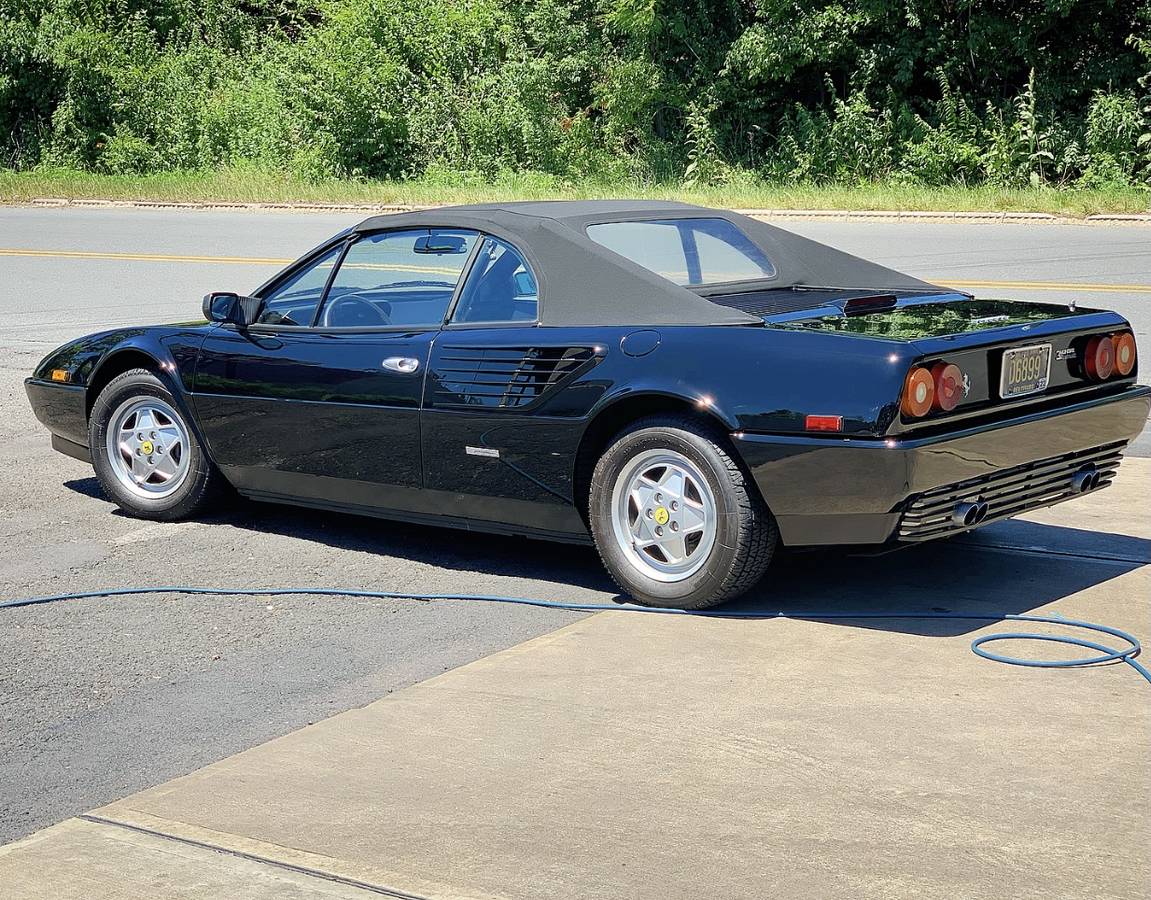 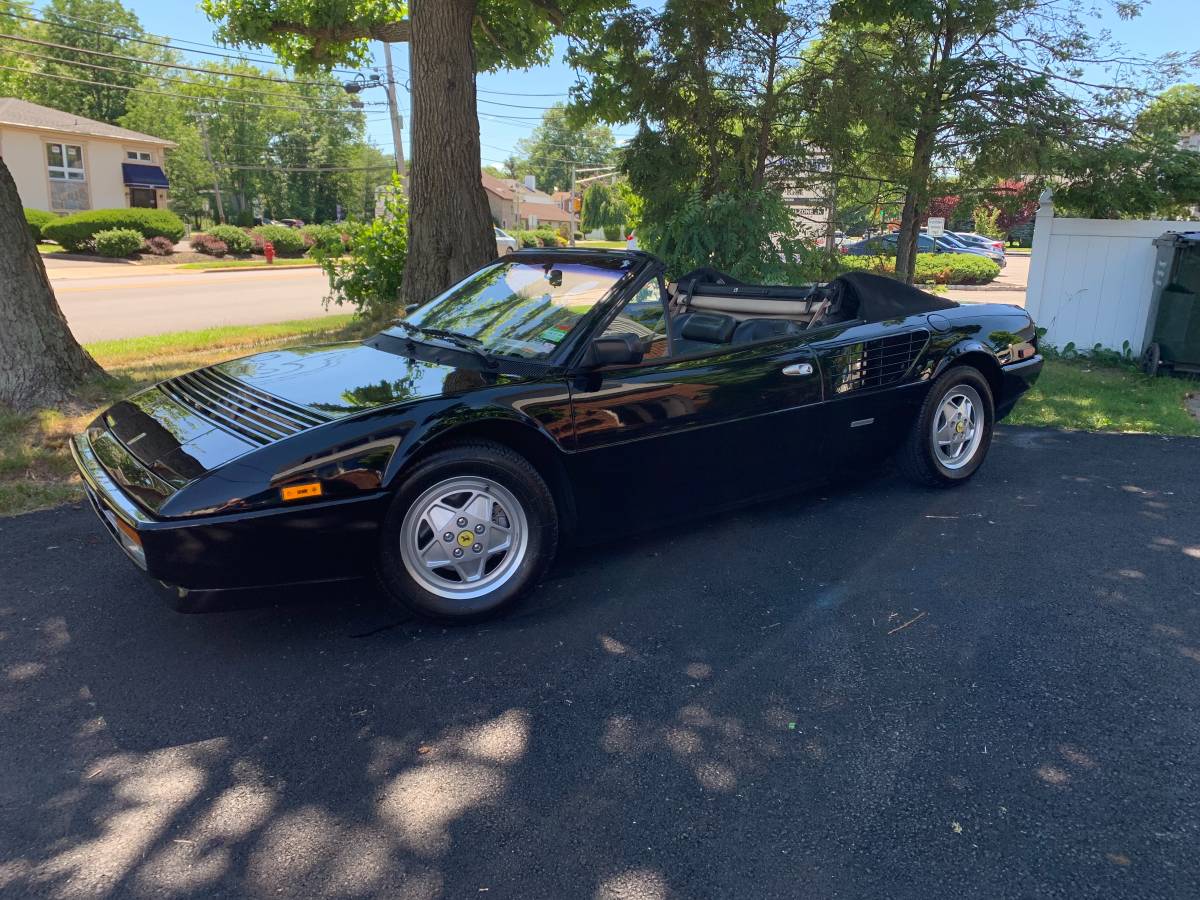 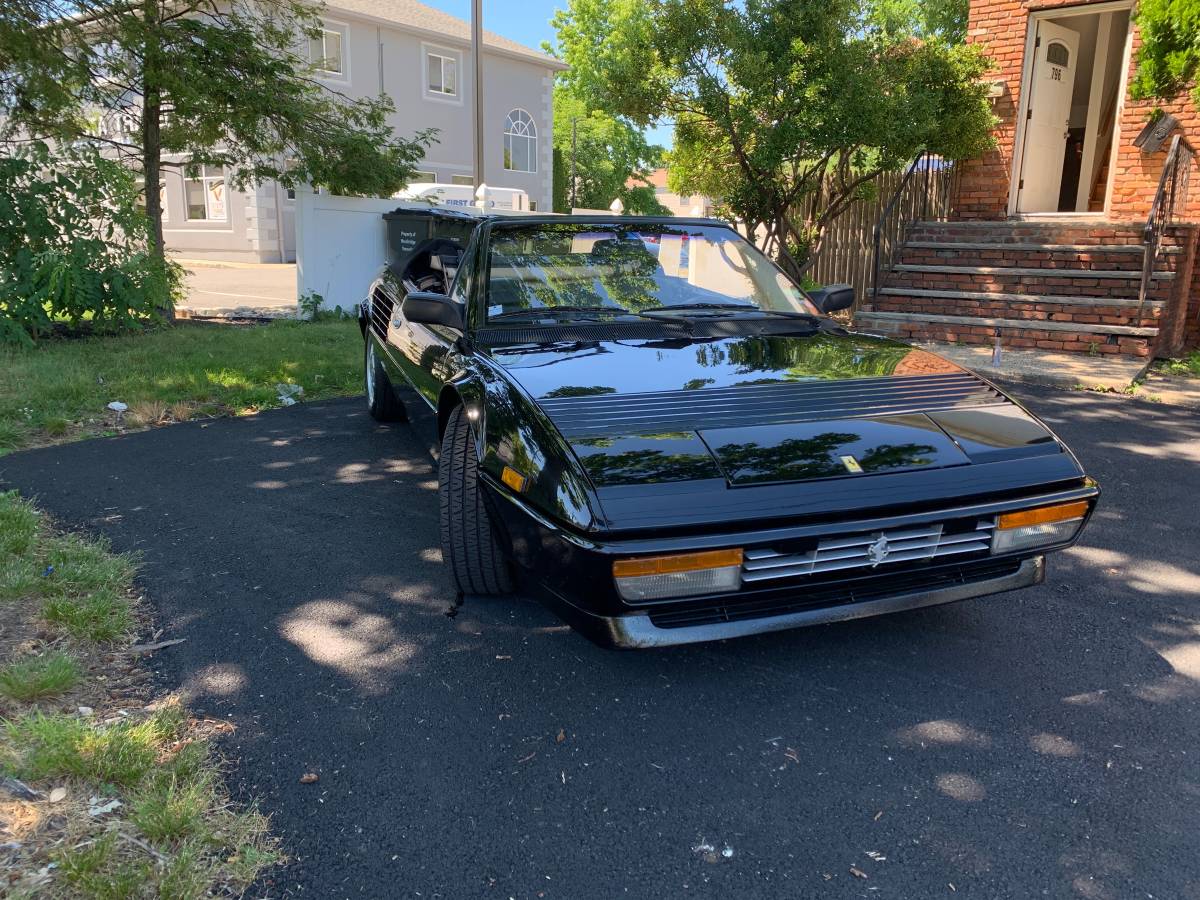 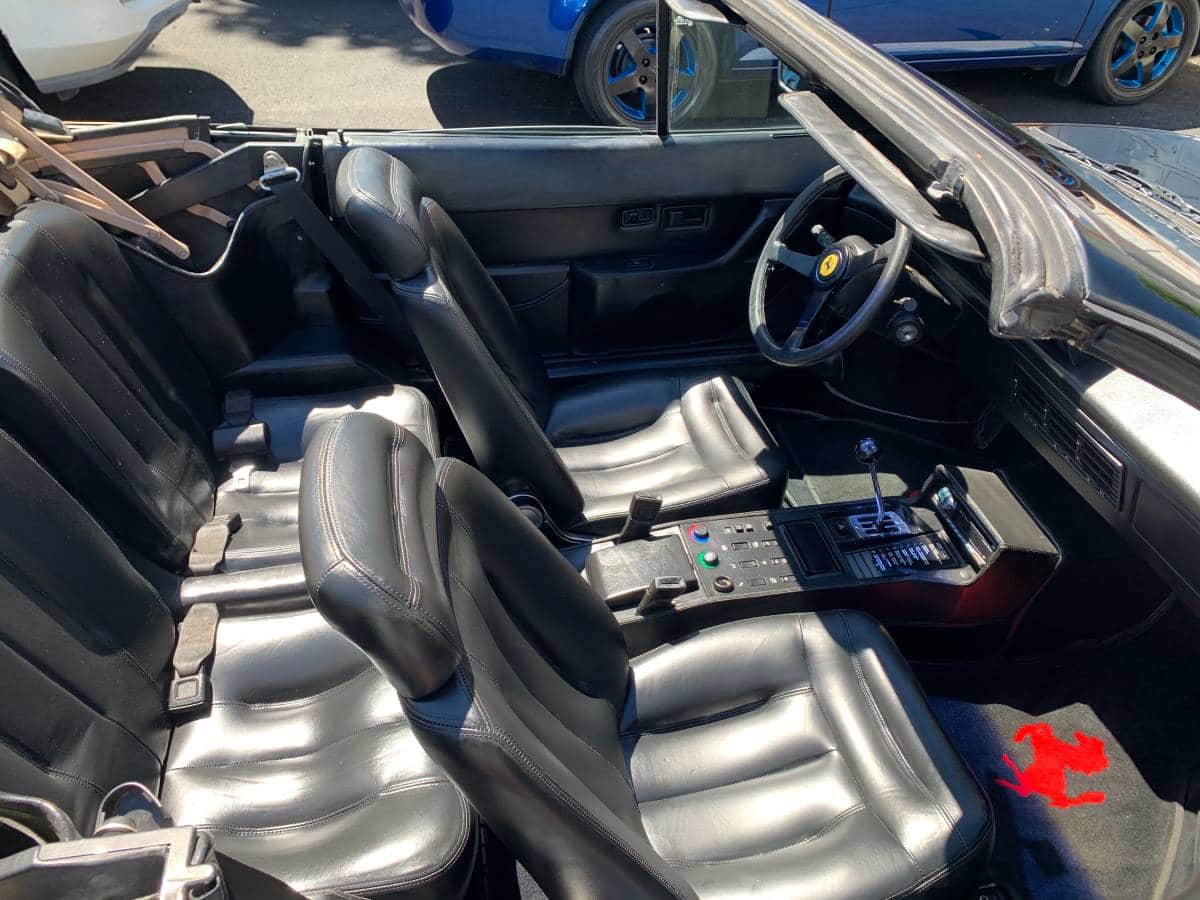 August 18, 2021 Update – We just confirmed the listing for this “Classifind” expired, so with no replacement found we’re assuming this ride “Sold?” While this one got away, please reach out either by email or call us directly if you’d like to be informed when we come across something similar.

The Ferrari Mondial spent years in Purgatory, assigned the unfortunate title of being the least desirable Ferrari. As rad-era vehicles came into fashion, however, the Mondial took its seat at the table as yet another Ferrari model deserving of our respect. This 1986 Mondial Cabriolet was originally listed in July 2021 on Craigslist in Colonia, New Jersey with 73,000 miles and wearing a rarely seen color combo of black over black with an asking price of $32,500.   Comparing this price against the Hagerty Insurance Online Valuation Tool confirms this private seller has his Mondial droptop priced fairly, with a model in “Excellent” condition valued at $31,000.

The Mondial’s bumpy ride in the United States was hardly of its own doing. Coming up against recent superstars in the Ferrari lineup like the 512BBI and 308, while being sandwiched between the 328GTS and jaw-dropping F40, it’s not hard to see why the Mondial felt like a disappointment to the Ferrari faithful. This didn’t stop it from becoming a sales success, but its first few years were tumultuous, marred by ugly federal safety bumpers and reduced power outputs thanks to malaise era emissions regulations. Still, as its looks improved and the company worked to address performance shortcomings by updating the DOHC mid-engine V8 to a four-valve head design – giving birth to the Quattrovalvole designation – the Mondial’s star began to rise. While it has historically been one of the more affordable Ferraris to buy, it likely won’t stay that way as younger collectors start snatching up one of the last affordable 1980s supercars.

This example bucks the typical trend of a red Ferrari with a caramel-colored leather interior, decked out in a striking and rarely seen black-on-black combination. The interior is in excellent nick with leather seating surfaces in good order and no obvious signs of sun damage from the top being left down for prolonged periods. The listing claims it has been well maintained, but more specific details will be needed to make an informed decision, as even an affordable Ferrari has significant maintenance costs. The mileage seems reasonable for the year, and it’s encouraging to see the owner put some actual driving time in given it doesn’t have some obscenely low odometer reading. There’s no such thing as a cheap Ferrari, but if you buy the right one, it can be surprisingly affordable to live with. Could this be one of them? There’s only one way to find out – good luck with the purchase if you bring this rad-era Ferrari home.