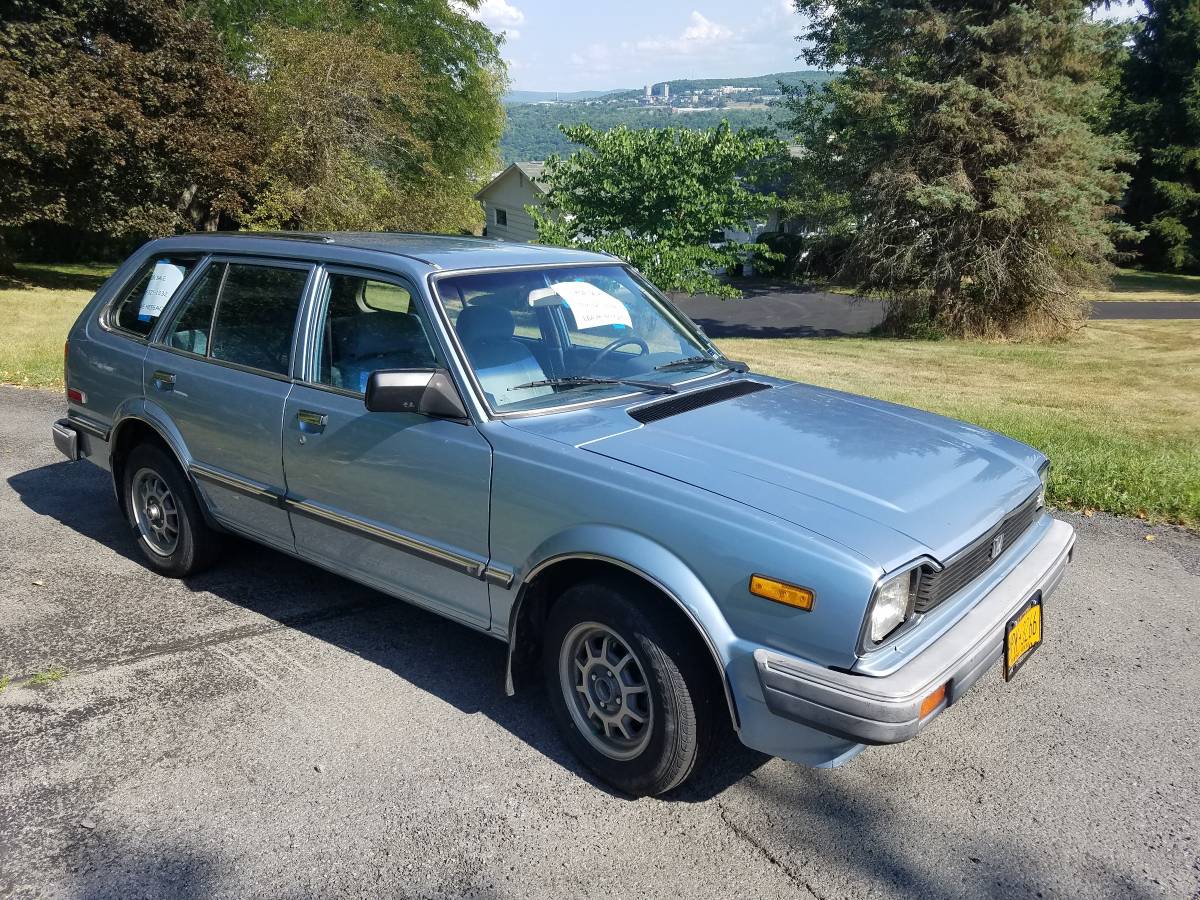 August 17, 2021 Update – we confirmed the seller of this “Classifind” deleted their listing, so we’re now able to call this one “SOLD!” While this one got away, please reach out either by email or call us directly if you’d like to be informed when we come across something similar.

July 22, 2021 Update – Frankly we’re shocked this vintage Honda Civic wagon, offered at $5,000, remains unsold for another month.  We just came a new listing for this Civic and the seller seems to remain firm on the asking price.

June 20, 2021 Update – Much to our surprise, this hard-to-find Honda Civic wagon remains for sale as the private seller just posted a fresh Craigslist ad. The pictures, description, and asking price all remain the same.

Throughout most of the 1970s, International Scouts sat in the driveway of my parent’s home. A second gas crisis and longer commutes forced a second-generation Honda Civic to take over that space by the early 1980s. Consequently, this vintage of Civic such as this 1983 Wagon originally listed in July 2021 on Craigslist in Ithaca, New York holds a special place in my heart. Offered at $5,000 by who we believe might be the original owner, comparing that price against the  Collector Car Market Review Online Tool confirms the asking price falls between this guide’s #2 “Very Good” estimate of $4,450 and it’s #1 “Excellent” appraisal of $6,000.

Honda introduced the larger second-generation Civic line in the summer of 1979 as a 1980 model. All Civic engines now used Honda’s CVCC cylinder head design, which added a third valve per cylinder that facilitated lean-burn swirl technology. This generation was available with a 1335 cc (“1300”) engine and with an optional 1488 cc (“1500″) version; power outputs varied considerably between Japan, Europe, North America, and other markets. Honda offered the second-generation Civic in the U.S. as either a three-door hatchback, a four-door sedan, or a five-door wagon.  For the 1981 model year, Honda replaced its outdated, two-speed, semi-automatic”Hondamatic” transmission with a more modern three-speed unit which helped broaden the car’s appeal among U.S. consumers.

Who can forget actor Burgess Meredith (the original Penguin in the Batman TV series) narrating U.S. Honda commercials from the early eighties? We found this compilation currently posted on YouTube.

With only one picture and the odometer reading written as 555,555, the exterior condition belies that kind of mileage, especially for a car located in Central New York.  However, with a rebuilt engine installed 7K miles ago, it could be true.

Show or go: what would you do with this 38-year-old Honda Civic?  Comment below and let us know!