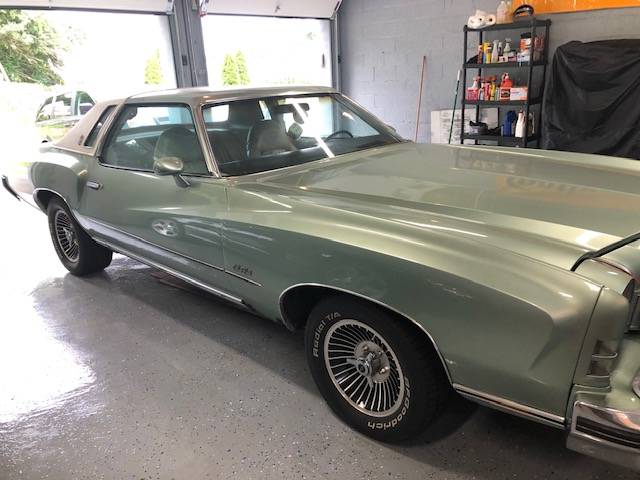 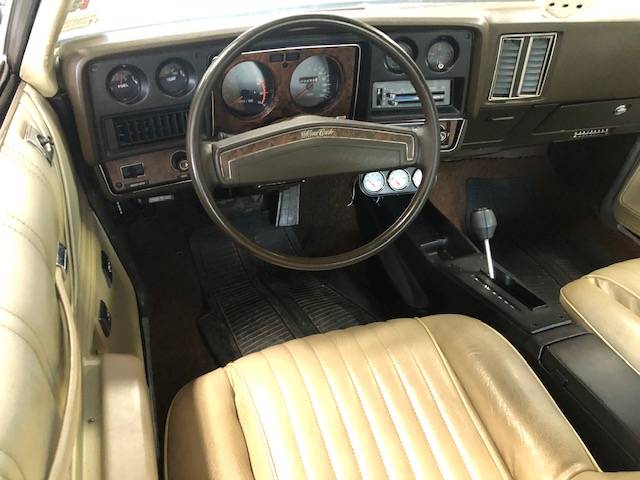 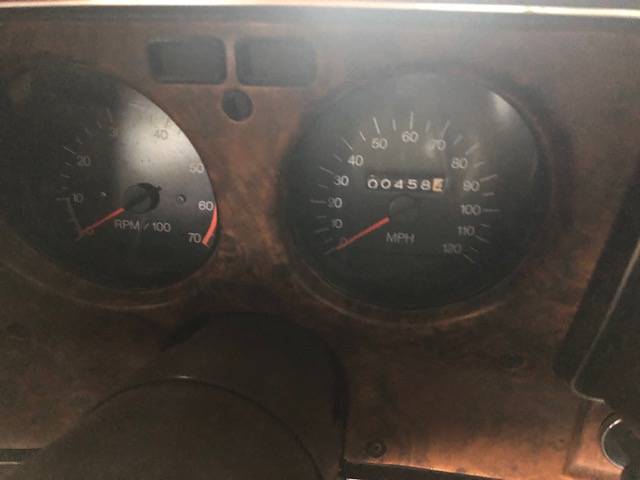 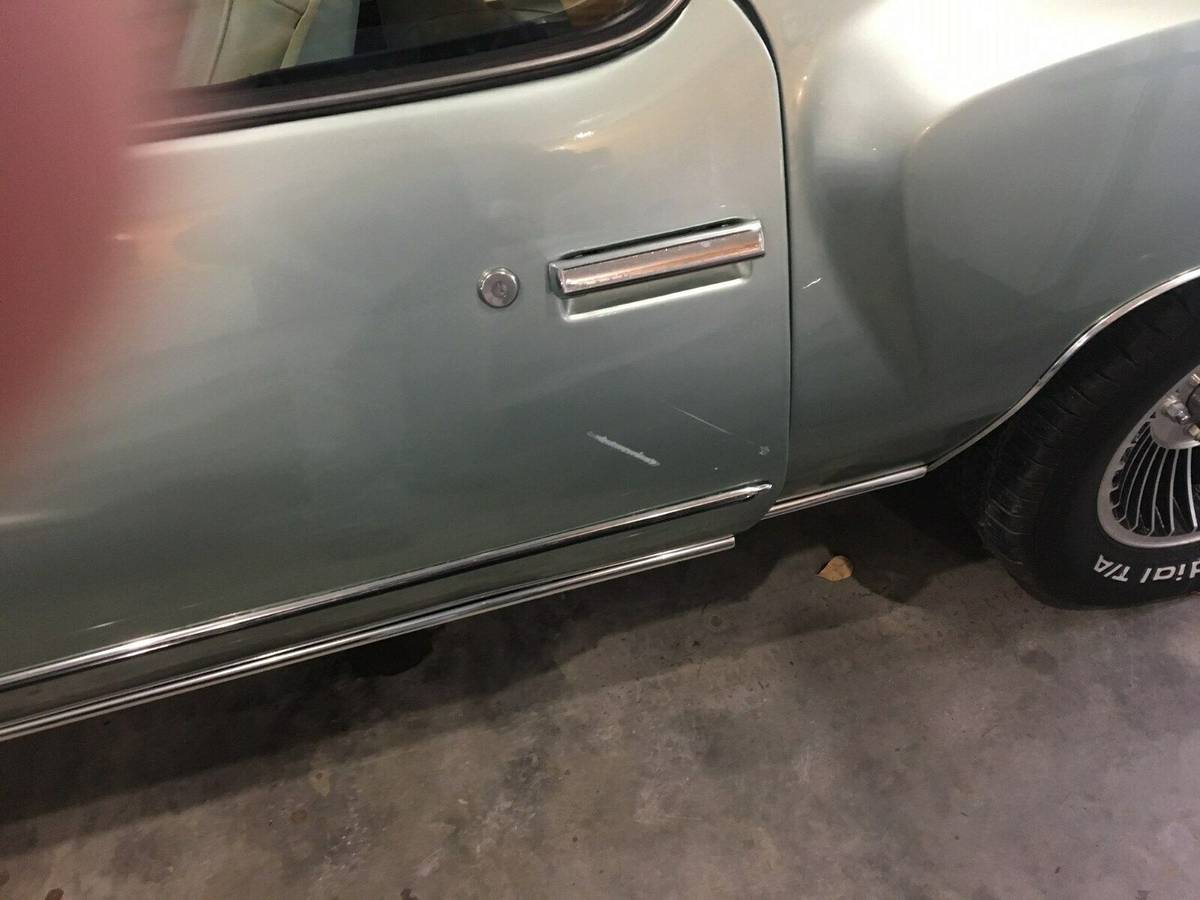 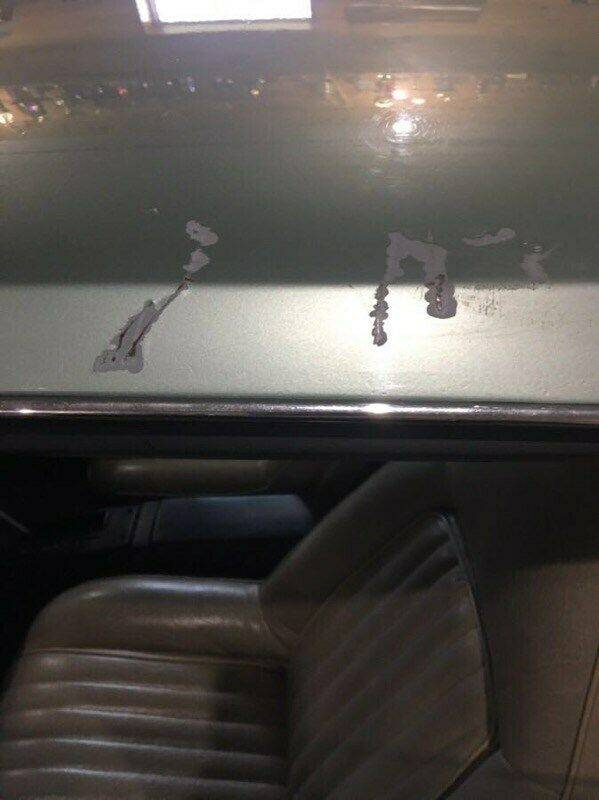 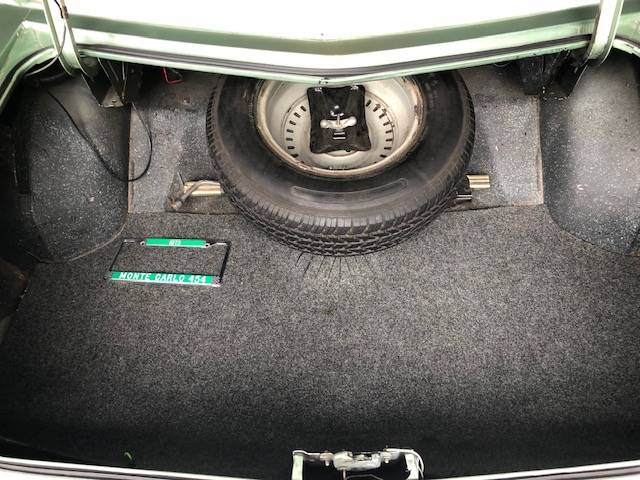 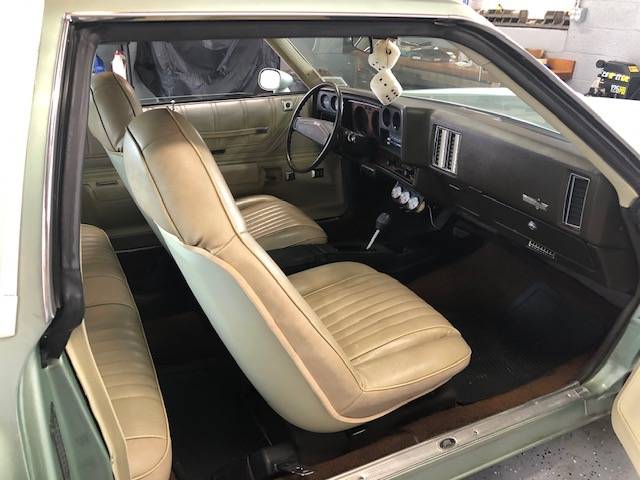 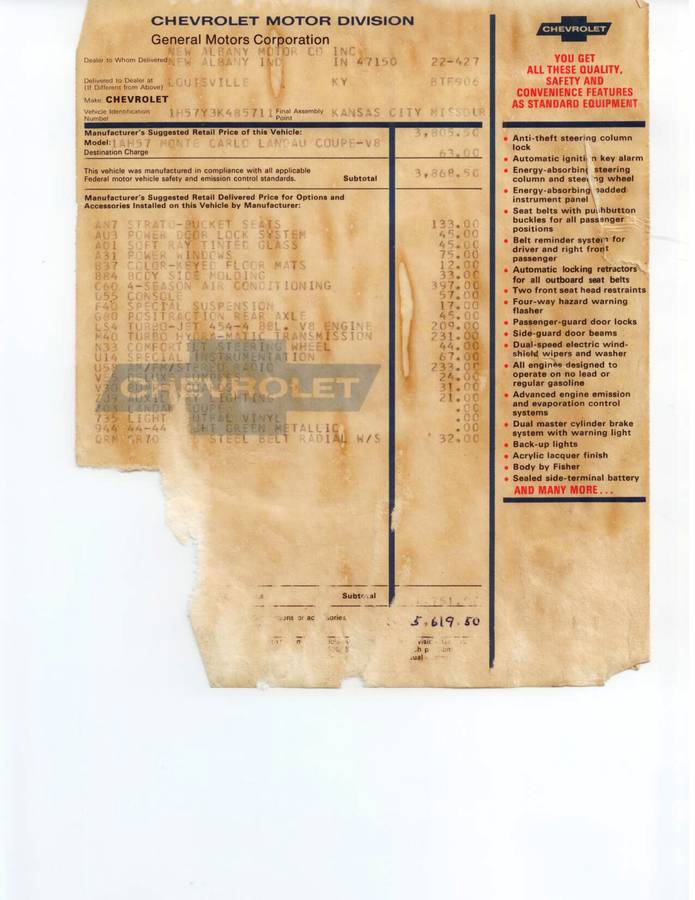 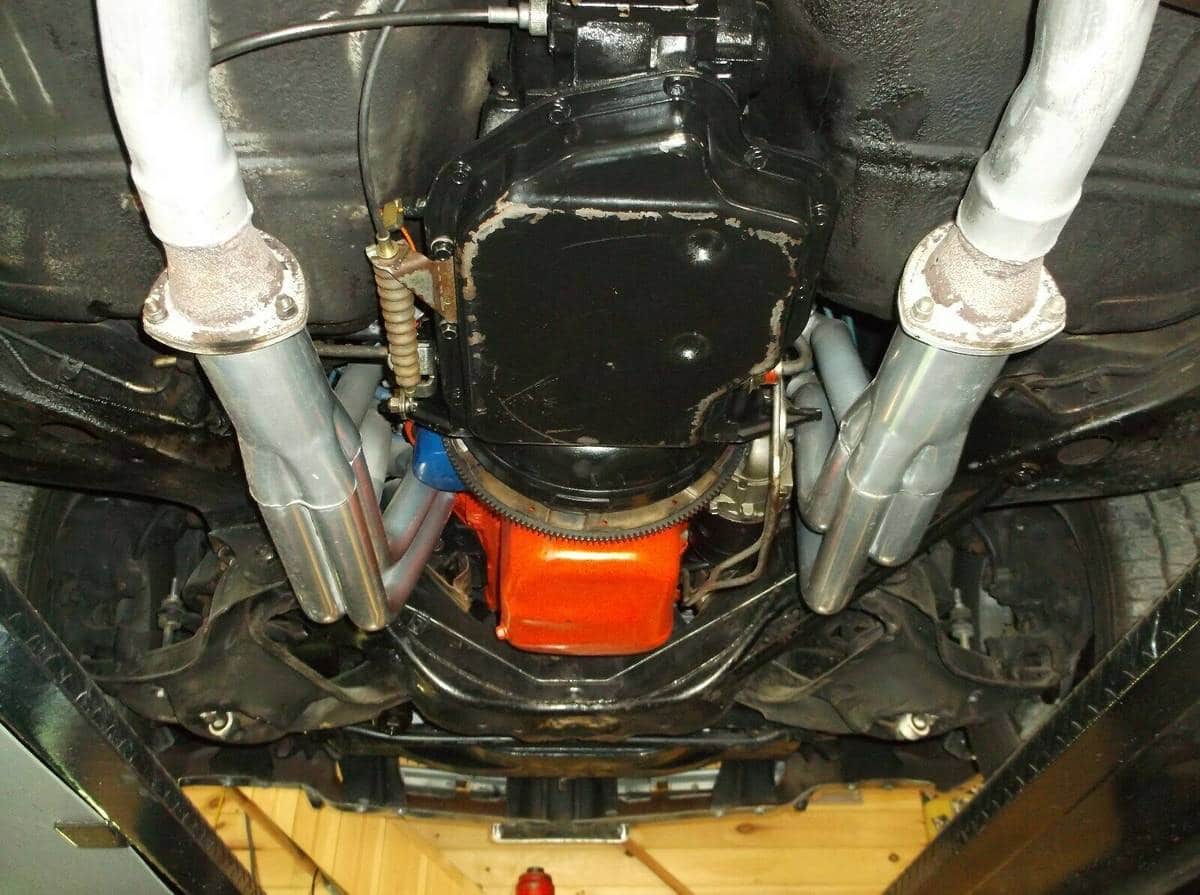 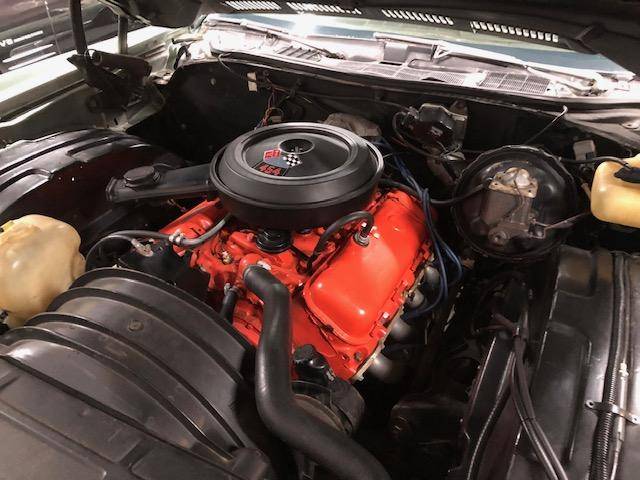 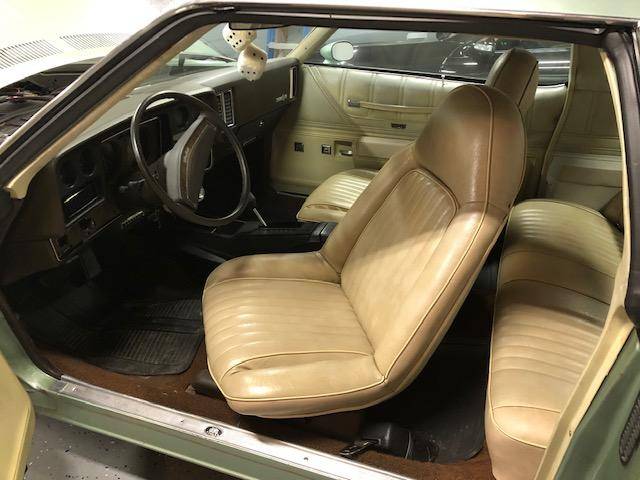 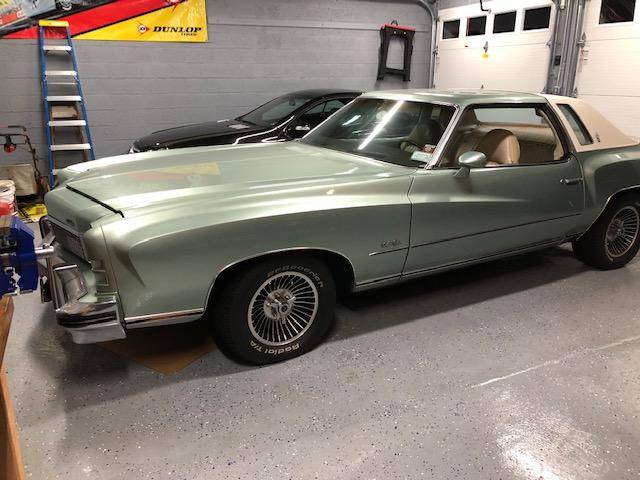 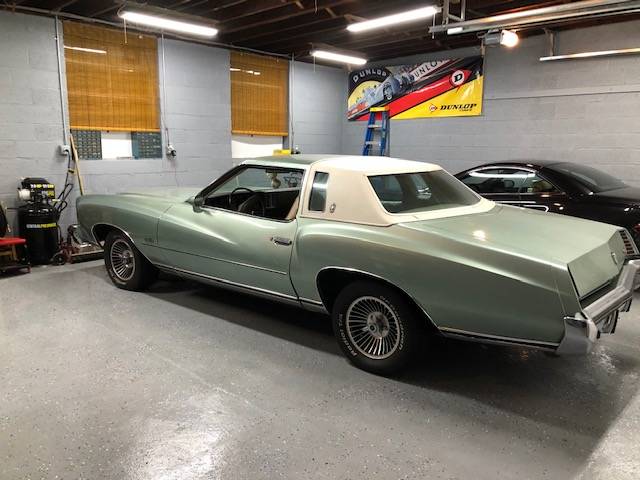 August 16, 2021 Update – we confirmed the seller of this Monte Carlo “Classifind” deleted their listing, so we’re now able to call this one “SOLD!” While this one got away, please reach out either by email or call us directly if you’d like to be informed when we come across something similar.

When General Motors launched its new “Colonnade” Hardtops for 1973, Chevrolet’s Monte Carlo version was the more stylized of all the offerings.  Motor Trend magazine noted that by giving the Monte Carlo its coveted Car of the Year for 1973. The 1973 Monte Carlo achieved a sales record of 250,000 units sold and while the vast majority of those cars came equipped with small-block V8 power, this mint green over parchment example originally listed in July 2021 on Craigslist in Shelton, Connecticut (New Haven) is a rare factory 454 cubic inch V8 example. Reported to be a solid driver quality example with a rebuilt drivetrain, the current caretaker is now offering their Monte Carlo for $9,600. Comparing that price against the Hagerty Insurance Online Valuation Tool confirms the private seller has their Monte priced between this guide’s #4 “Fair” (Daily Driver) estimate of $7,000 and its #3 “Good” appraisal of $10,800.  Similarly, the  Collector Car Market Review Online Tool reveals the seller’s ask falls between this guide’s #3 “Good” estimate of $7,150 and its #2 “Very Good” appraisal of $10,300 before factoring in premiums for the big block motor and other options.

Following the first-generation production run from 1970 through 1972, Chevrolet introduced a redesigned Monte Carlo alongside other GM intermediates for 1973.  Like other GM mid-size cars, the 1973 Monte Carlo was no longer a hardtop, but a pillared coupe with rear side opera windows and frameless door glass. Prominent styling features included an egg-crate grille with a Monte Carlo emblem in front and vertical taillights above the bumper. The front bumper was a large federally mandated 5 mph unit required to meet 1973 federal safety standards for all passenger cars sold in the U.S. Also new was a double-shell roof for improved noise reduction and rollover protection along with the flush-mounted pull-up exterior door handles first introduced on the 1970½ Camaro and 1971 full-sized Chevrolets and Vegas.

The separate body-on-frame construction carried over for 1973, as was the basic all-coil suspension. For improved ride and handling, the 1973 Monte Carlo featured a number of innovations (for a large American car) such as standard radial-ply tires, Pliacell shock absorbers, high-caster steering, and front and rear anti-roll bars (previously offered only with the SS package). The standard Monte Carlo with manual transmission retained “traditional” steering and bias-ply tires, but the radial-tuned system was included when the automatic transmission was ordered, earning the Monte Carlo S label.

A new model for 1973 was the Monte Carlo Landau, which was basically an “S” with a rear quarter Landau vinyl roof, Turbine II wheels as well as driver and passenger-side sport mirrors. The interior of the 1973 Monte Carlo featured an all-new, wraparound cockpit-style instrument panel, similar to that found in some contemporary Pontiacs, Oldsmobiles, and Buicks, in which gauges and various instruments were centered within easy reach of the driver. While a split-bench front seat was standard, “Strato Bucket” seats were optional, along with a floor console featuring an equally new shifter with knob and button similar to Pontiac’s Rally Sports Shifter replacing the Buick-like horseshoe shifter of previous years. and storage compartment. The bucket seats featured a new one-piece high-back design with built-in headrests that swiveled nearly 90 degrees to permit the driver and front passenger easier entry and exit. Cloth and vinyl trims were offered with both the bench and bucket seats.

The Bionic Disco YouTube Channel features this 1974 Monte Carlo commercial that takes a stretch of thinking Leonardo Da Vincho would have designed the Monte Carlo if he had invented the automobile:

While this Monte Carlo has a lot of potential, two items disappoint. The first is the current set of aftermarket turbine-style aluminum wheels we would change out with correct factory wheels to match the original spare tire unit. Second, the seller indicates the previous owner removed the underhood factory air conditioning components and replaced the factory exhaust manifolds with aftermarket headers during the drivetrain rebuild. Those will be expensive parts to source the proper replacement components again if you plan to restore this Monte Carlo.

“73 Monte Carlo Landau: Here’s a chance to own a rare luxury muscle car from the 70’s, loaded with options. Rebuilt 454 engine and Turbo-400 transmission, approx. 5k miles ago. Options include 454 Cu. in. Big Block, Turbo 400 tranny, Power Windows, Power Brakes, Power Steering, Swivel Bucket Seats, Console and Floor Shifter, Posi-traction Rear. The car was equipped with AC, but underhood components were removed during engine rebuild. It has its original jack and spare in place. I have the window sticker showing that the car was originally from KY, and it then spent most of its time in GA before being purchased by a collector in upstate NY who did the rebuild of the drive train. It also received a new Starter, Alternator and Heavy Duty Radiator and headers with full factory style crossover exhaust.. It has a clean no rust body but has paint scratches when a portable garage fell on it (see pics). I bought just before covid hit with the intention of continuing the restoration, but it has been sitting in my garage ever since and priorities have changed. If you are looking for something different to take to the next level or just to cruise in this may be it. The previous owner also changed the gear ratio for highway cruising, but I have the original ring and pinion. I also have some new 15” rally wheels for it (no trim rings or centers) in addition to the turbine wheels that are on it. It also has decent BF Goodrich T/As. I do not NEED to sell it, but hate seeing it sit. Car is currently in CT. Sold As Is. I do not need help selling this car. No lowball telephone offers. Call with questions. $9,600. Steve“

Show or go: what would you do with this Monte Carlo?  Comment below and let us know!