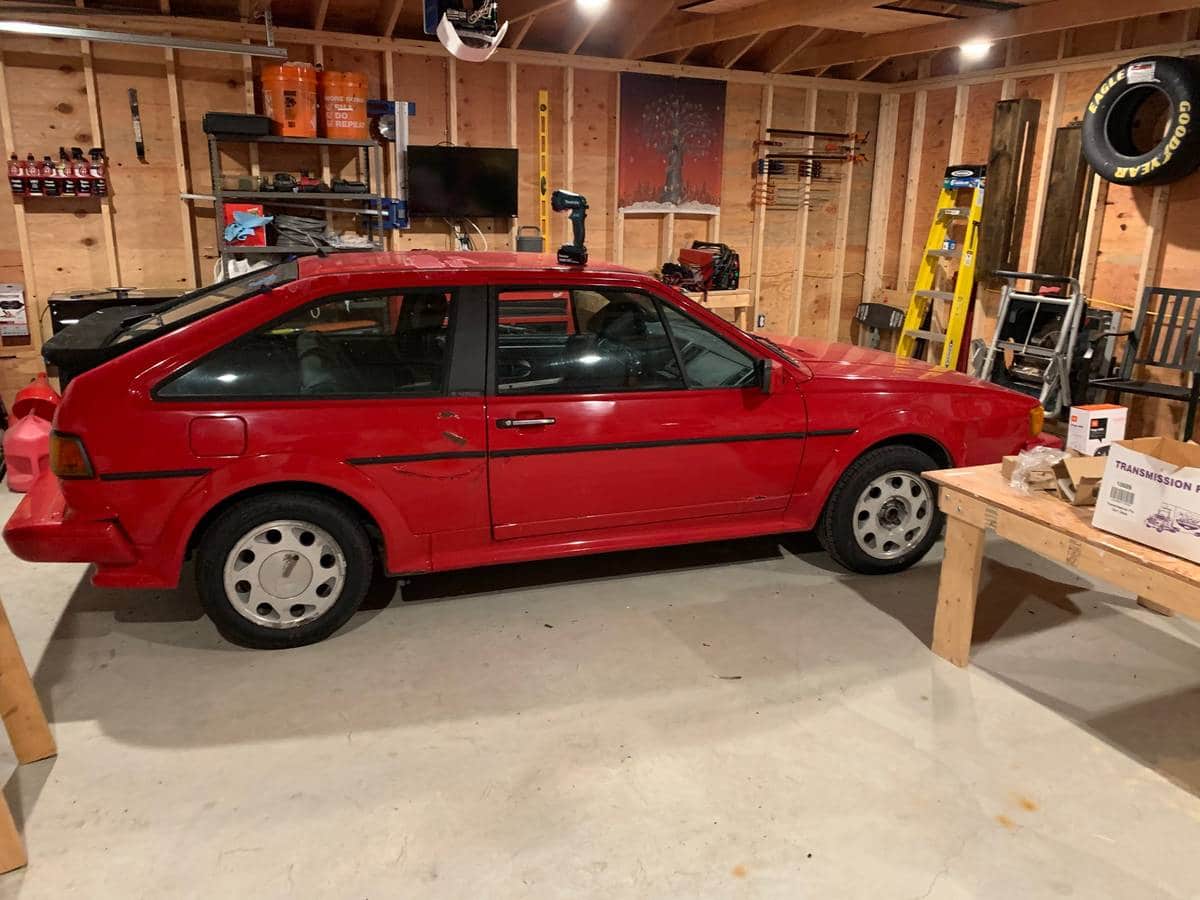 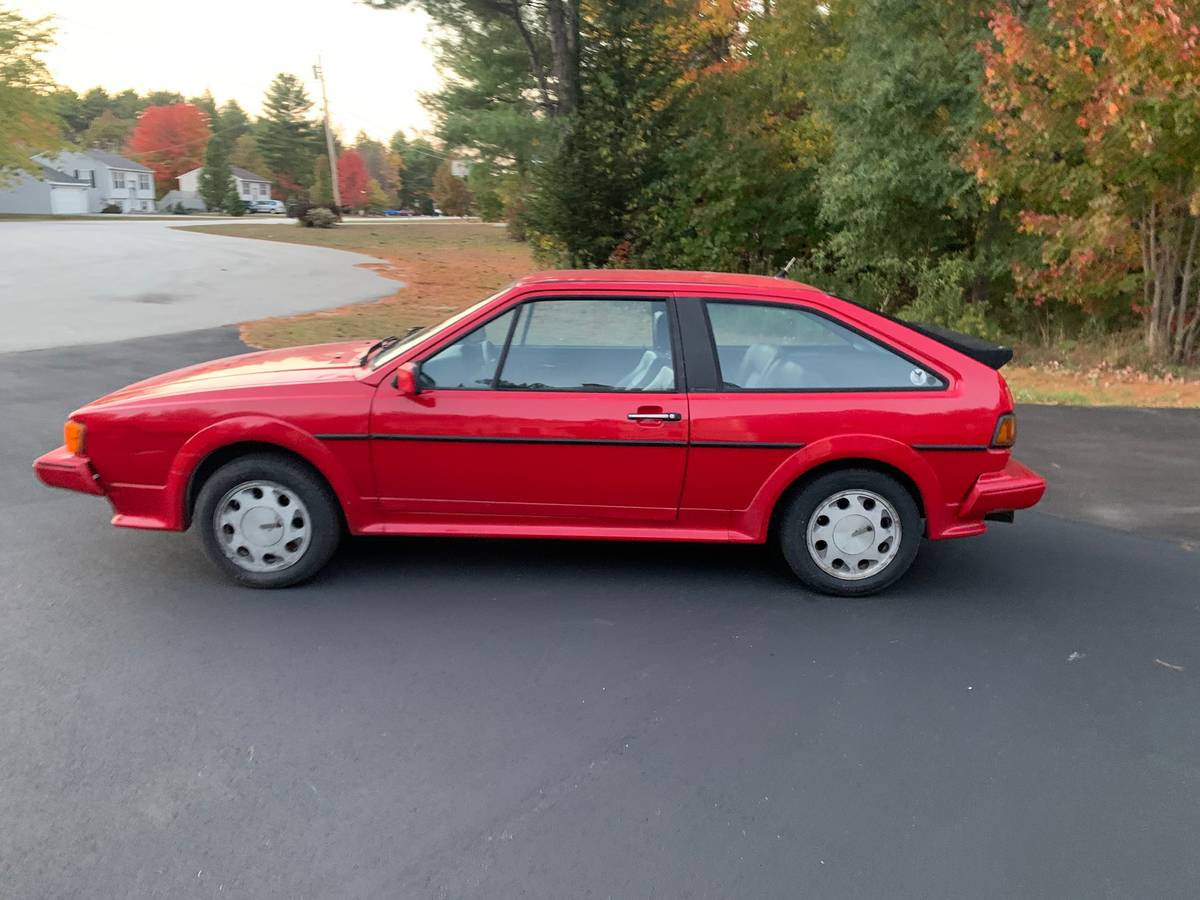 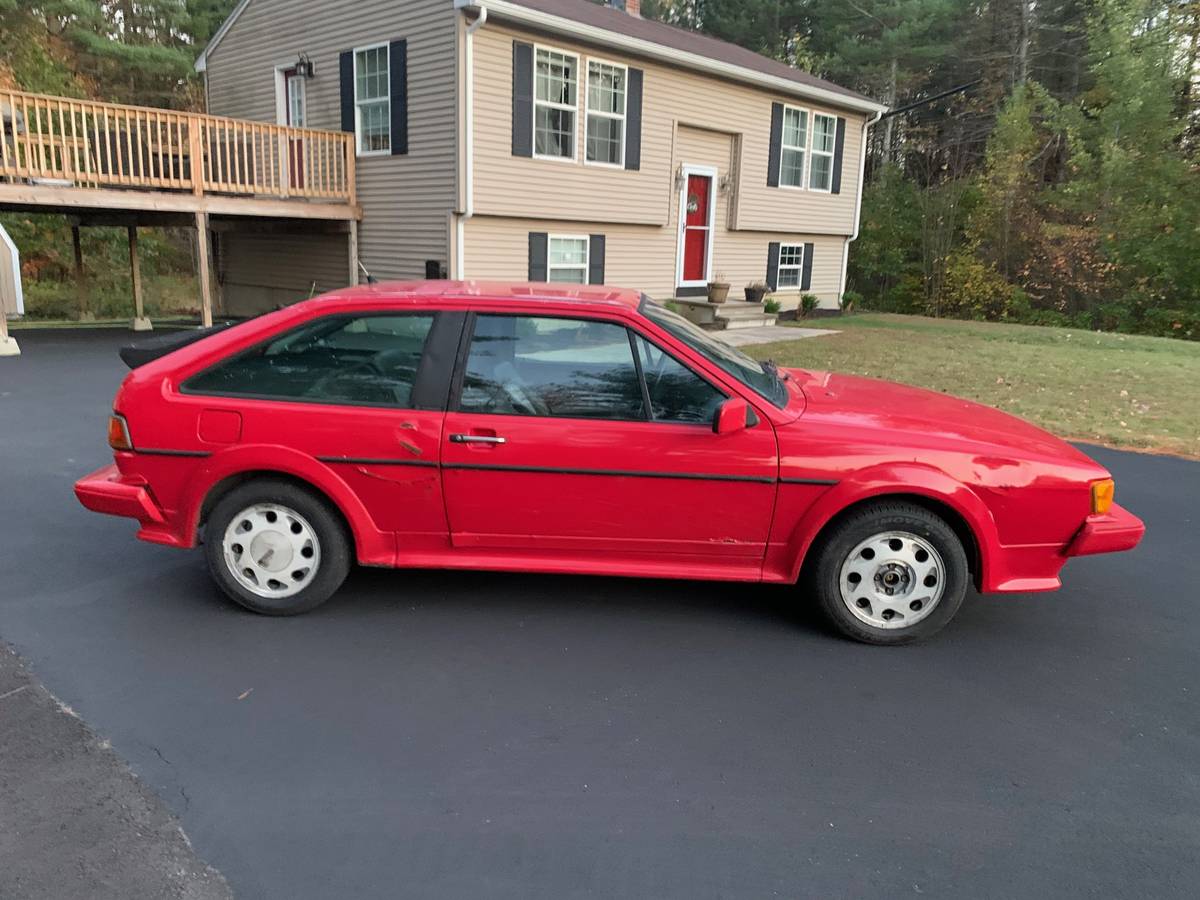 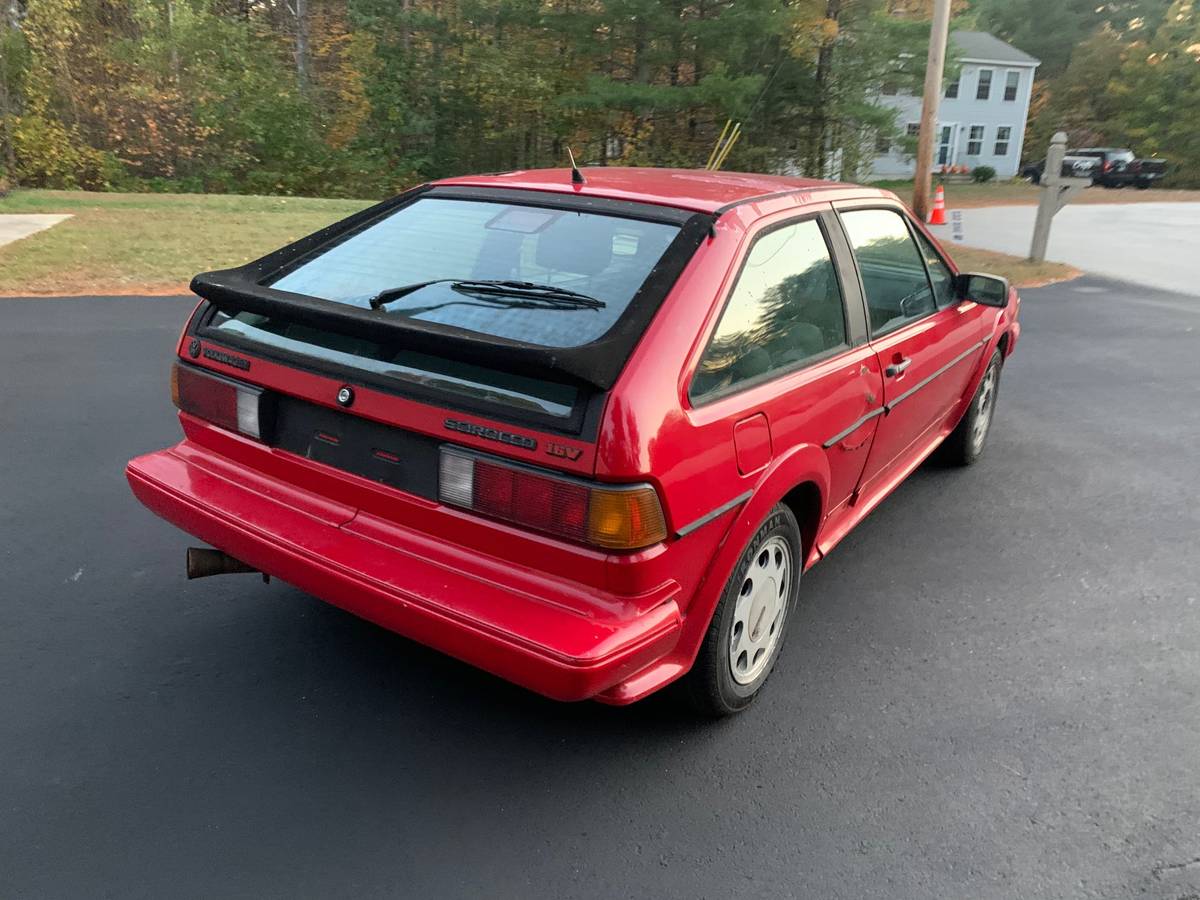 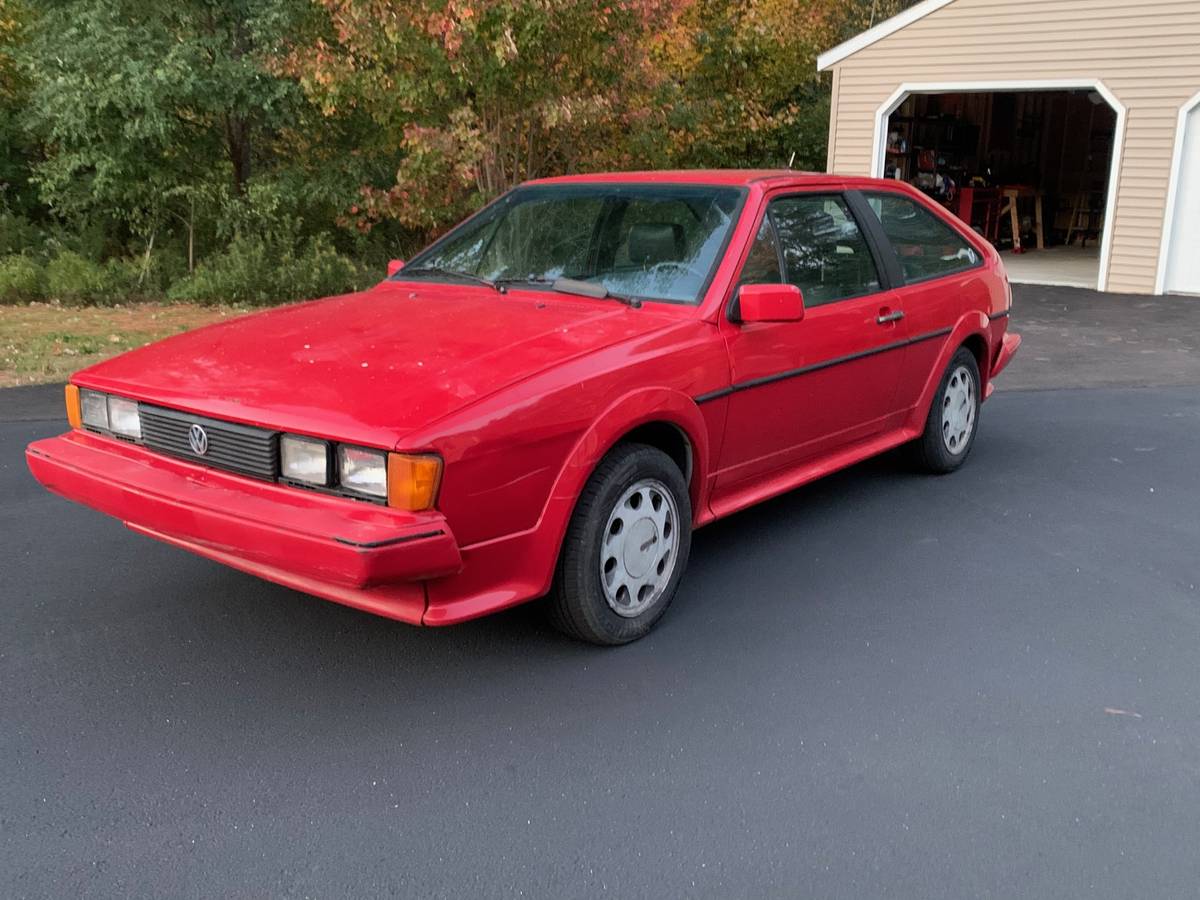 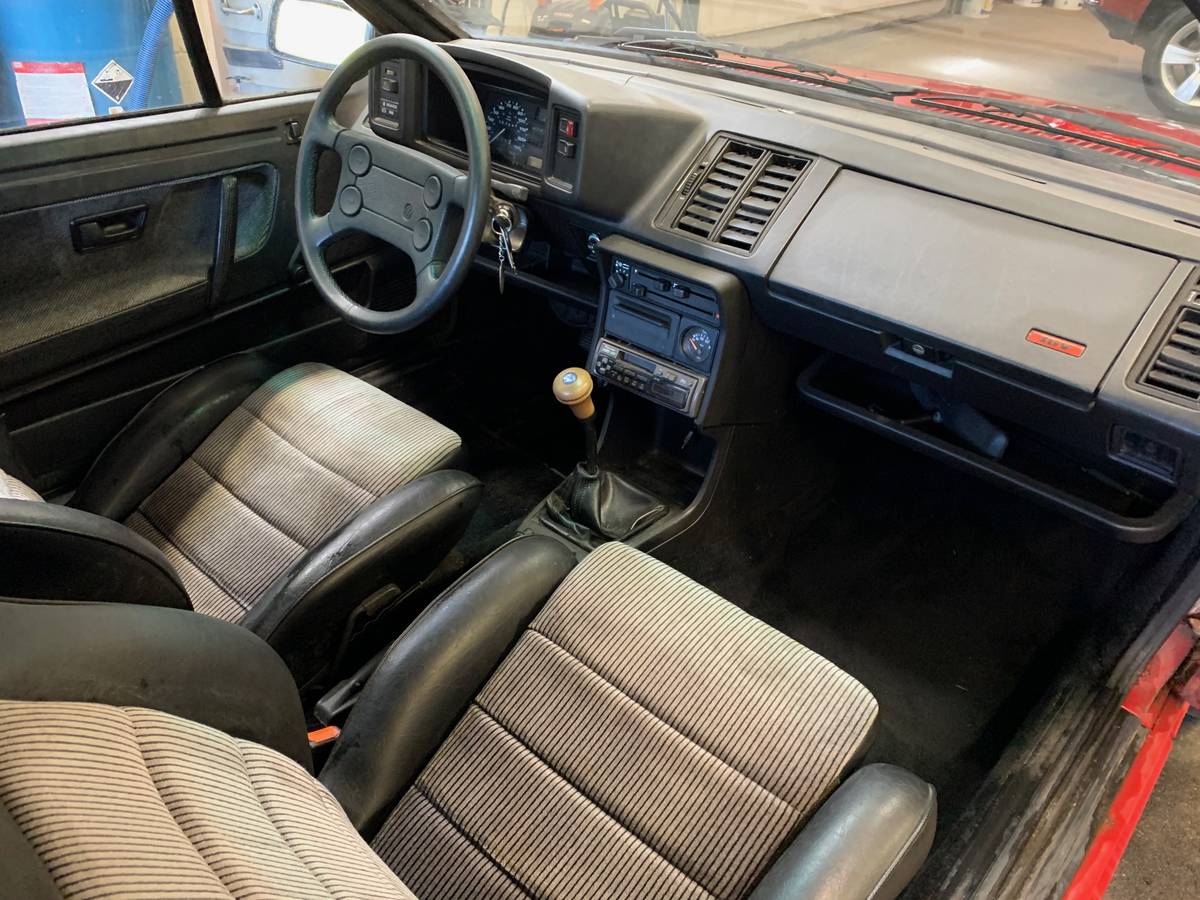 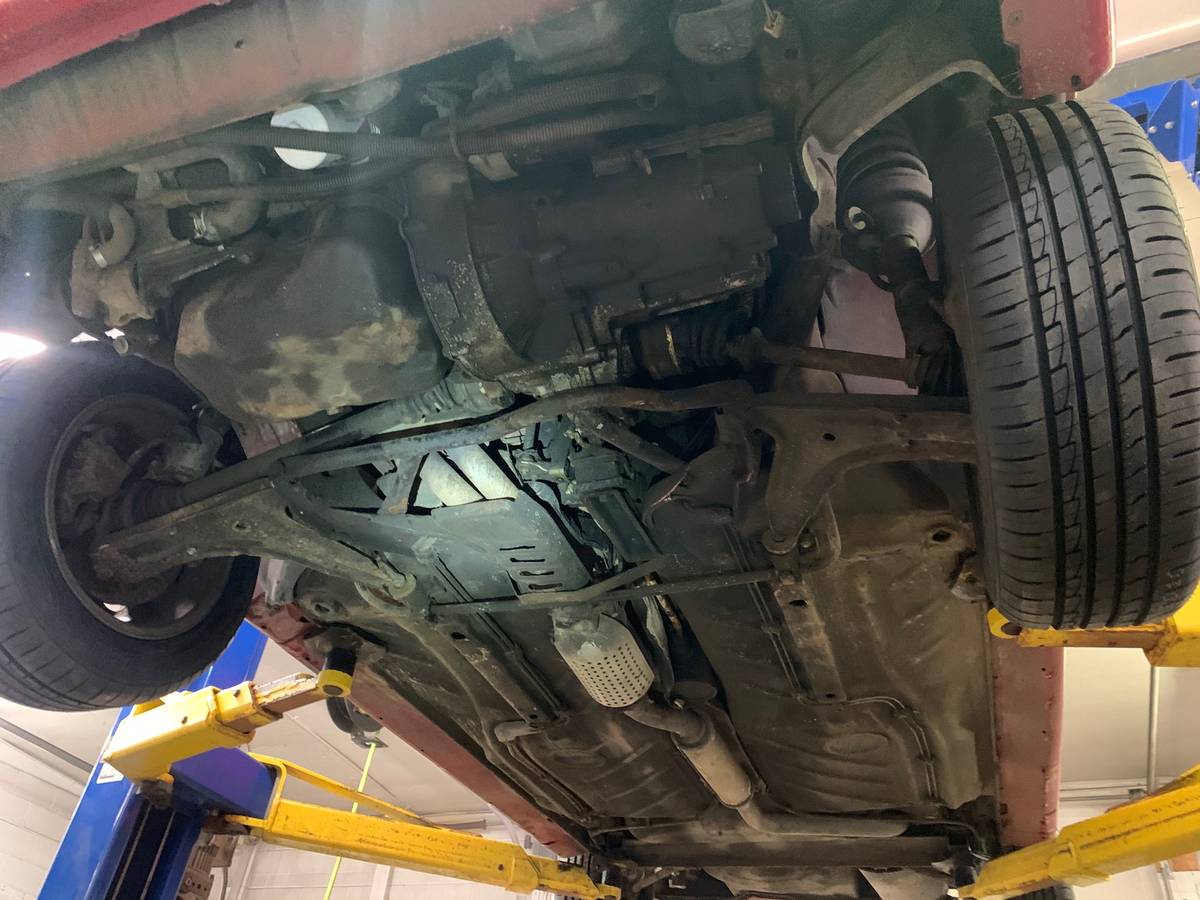 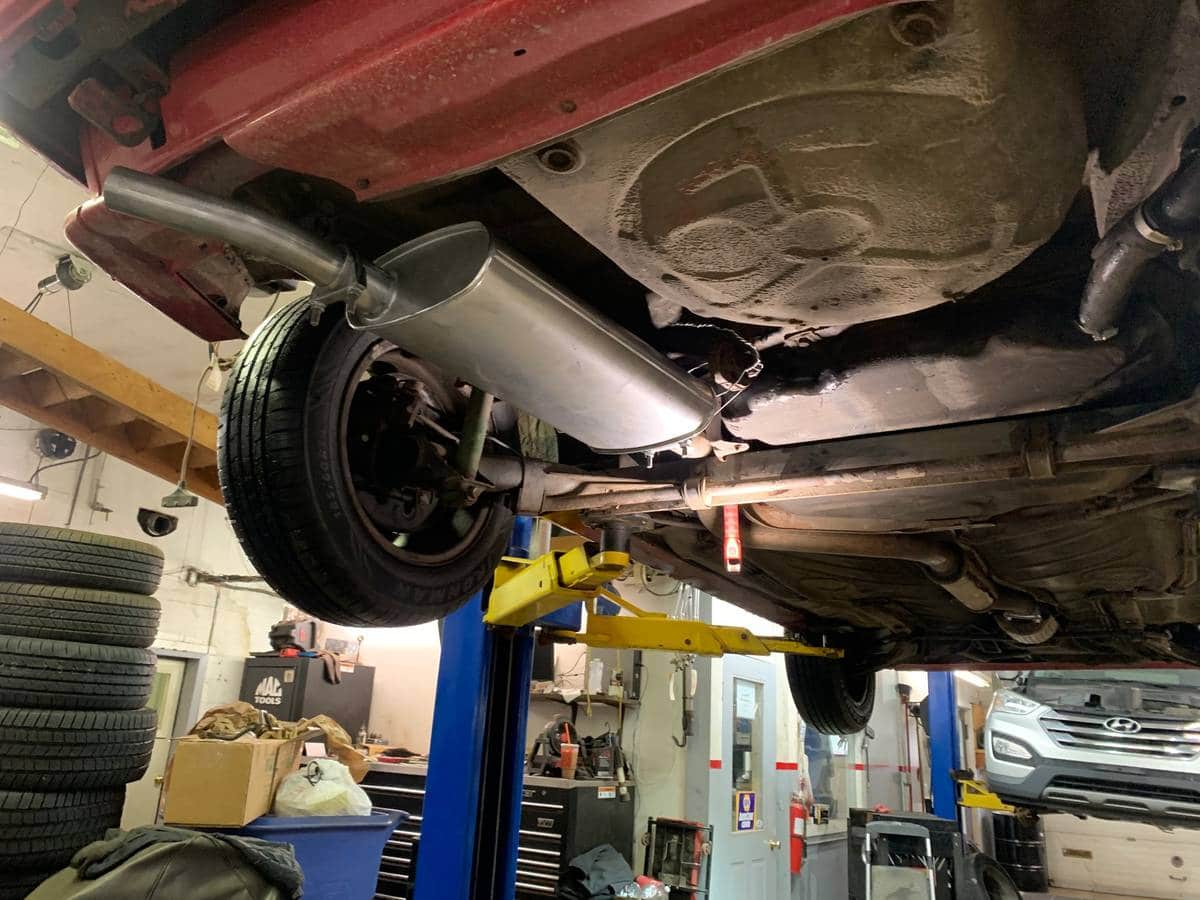 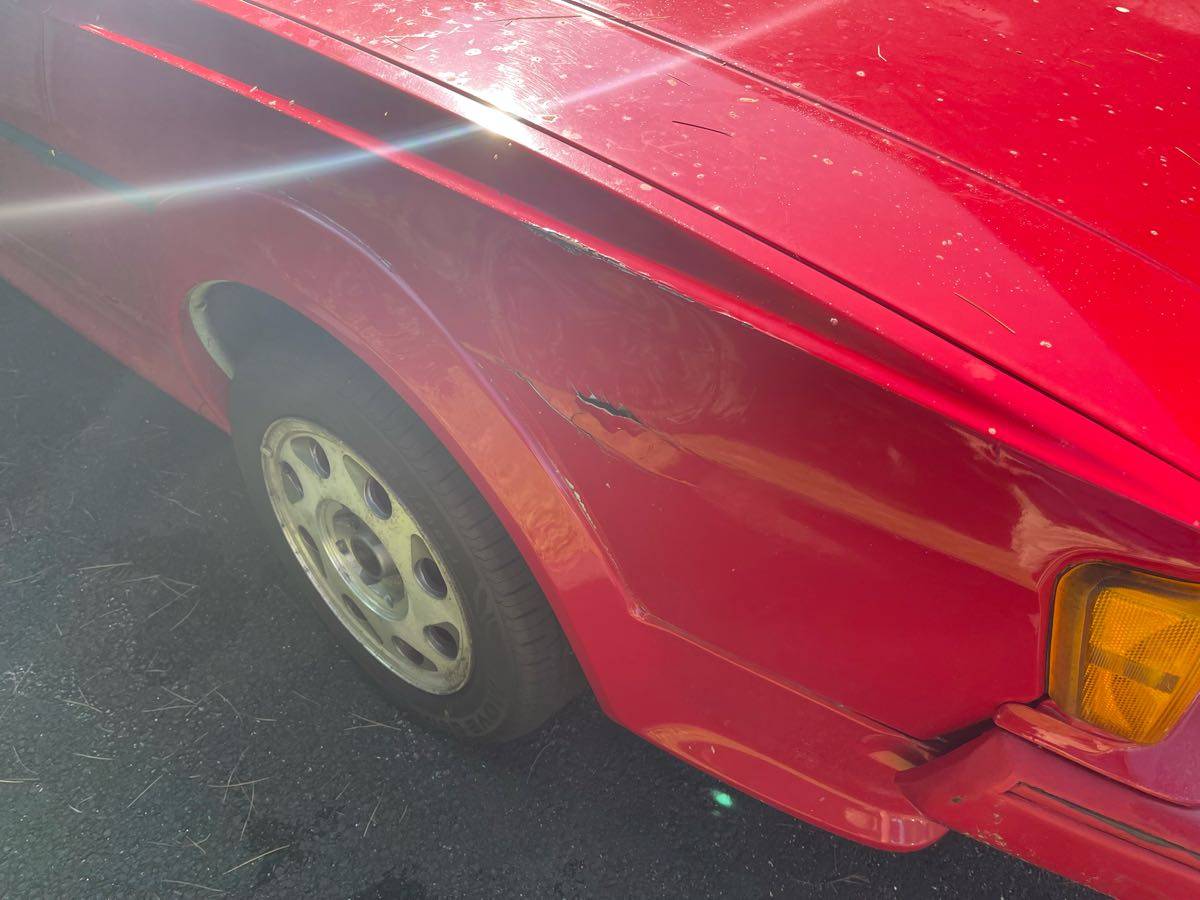 August 6, 2021 – A rare 16V-spec second-gen VW Scirocco offered at only $2,500 is almost a guaranteed sale in just a matter of days.  Not surprisingly, the private seller of this example deleted their ad just days after we featured the car.  So we’re now able to call this Scirocco “Sold!”  While this one got away, please reach out either by email or call us directly if you’d like to be informed when we come across something similar.

The 1980s were rife with hot hatches, and some of the most sought after among them were the 16-valve powered Volkswagens. Offered in a variety of different flavors, the 1988 Volkswagen Scirocco originally offered in July 2021 in Lisbon, Maine is a recently revived example that still has plenty of sorting left to do but could be a fun project to drive while it’s restored. It’s offered for sale with an asking price of just $2,500, which compares favorably with the Hagerty Insurance Online Valuation Tool that projects a Scirocco in “Good” condition as being worth $13,700.

If you’ve been scoping out second-generation GTIs and Jettas, you’ve likely noticed that prices have been ticking upwards. The first generation GTI is now a $20,000 car if in preserved or restored condition, and the next iteration of VW’s most popular hot hatch isn’t far behind. The trouble is finding one that hasn’t been modified or used as a track car, as the MK2s were commonly used for autocross applications. The Scirocco was an unusual entry in a crowded field, as there was a first-generation model that didn’t exactly light up the sales charts, and even a later car like this one faced competition in its own lineup, with both the GTI and Jetta available with the powerful dual overhead cam four-cylinder engine. Fortunately, the Scirocco did stand out in one way: it was designed by none other than Giorgetto Giugiaro.

We uncovered this MotorWeek Retro Review of an essentially identical 1986 1/2 VW Scirocco:

The seller notes he has been in the process of reviving this 1988 example, which would make it a final year model of the classic wedgy coupe. Most impressive about this car is that it resides in Maine and the undersides are solid; you can’t say that about many Volkswagens from this era living up in the snow belt. The seller has tackled some deferred maintenance but acknowledges that there’s more to do; on his list of finished projects, you’ll find a new battery, tires, spark plugs, plug wires, air, and fuel filter, and other basic tune-up parts. The seller notes you can hop in and go, but that the Scirocco will need more work to be returned to peak form after a hiatus from the open road. If this classic 16-valve-powered coupe is for you, the seller is open to trades if his dirt-cheap asking price is still out of reach. Good luck with the purchase!

Recently brought back on the road after sitting for several years. Roadsteration!

Fires right up, runs, brakes, and shifts decent. It’s definitely a project car, but you can take right off and drive it now as you go.

Body is not the greatest, a lot of clear coat peeling along with some decent dents all over. *UNDERNEATH IS SOLID* as you can see from the photos.

Will need some mechanical work to get it dialed in, but nothing major. Remember, it had been sitting for several years.