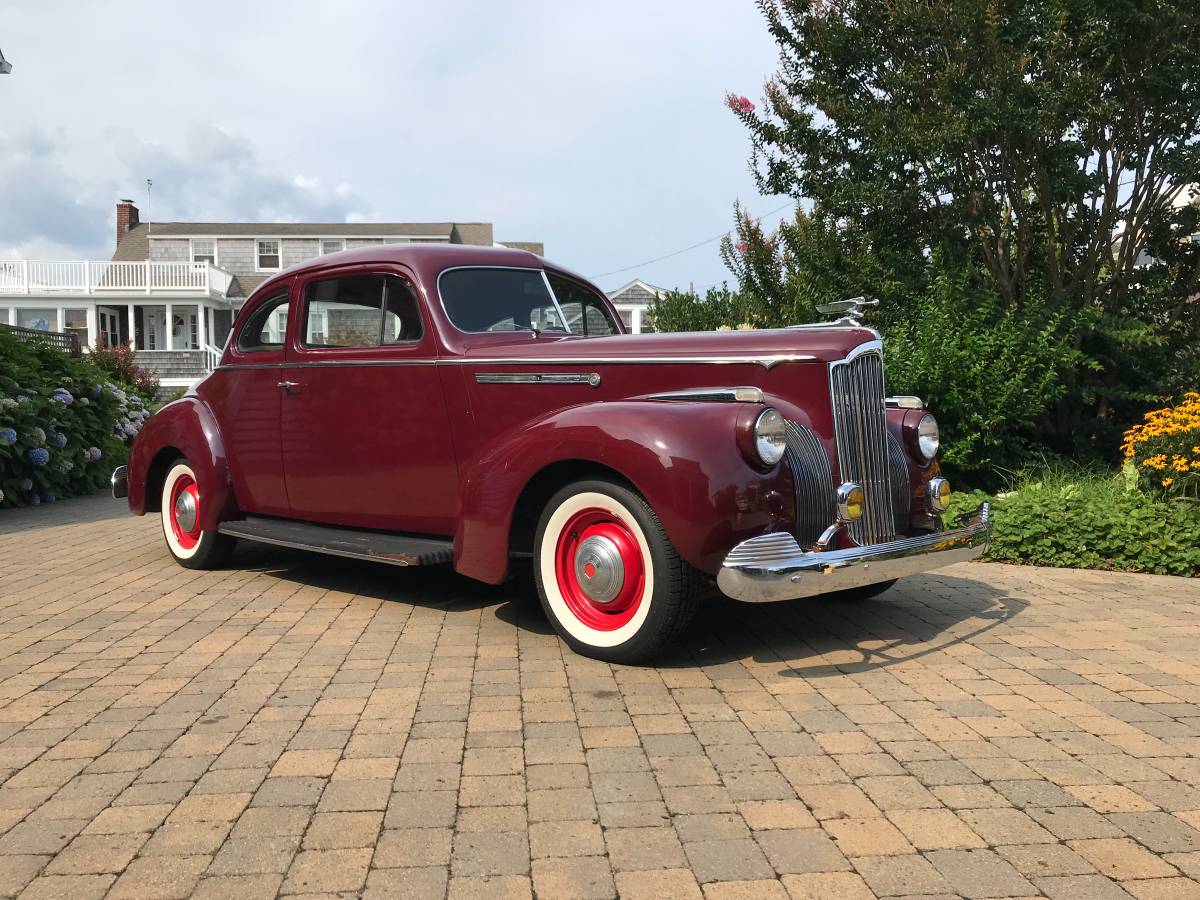 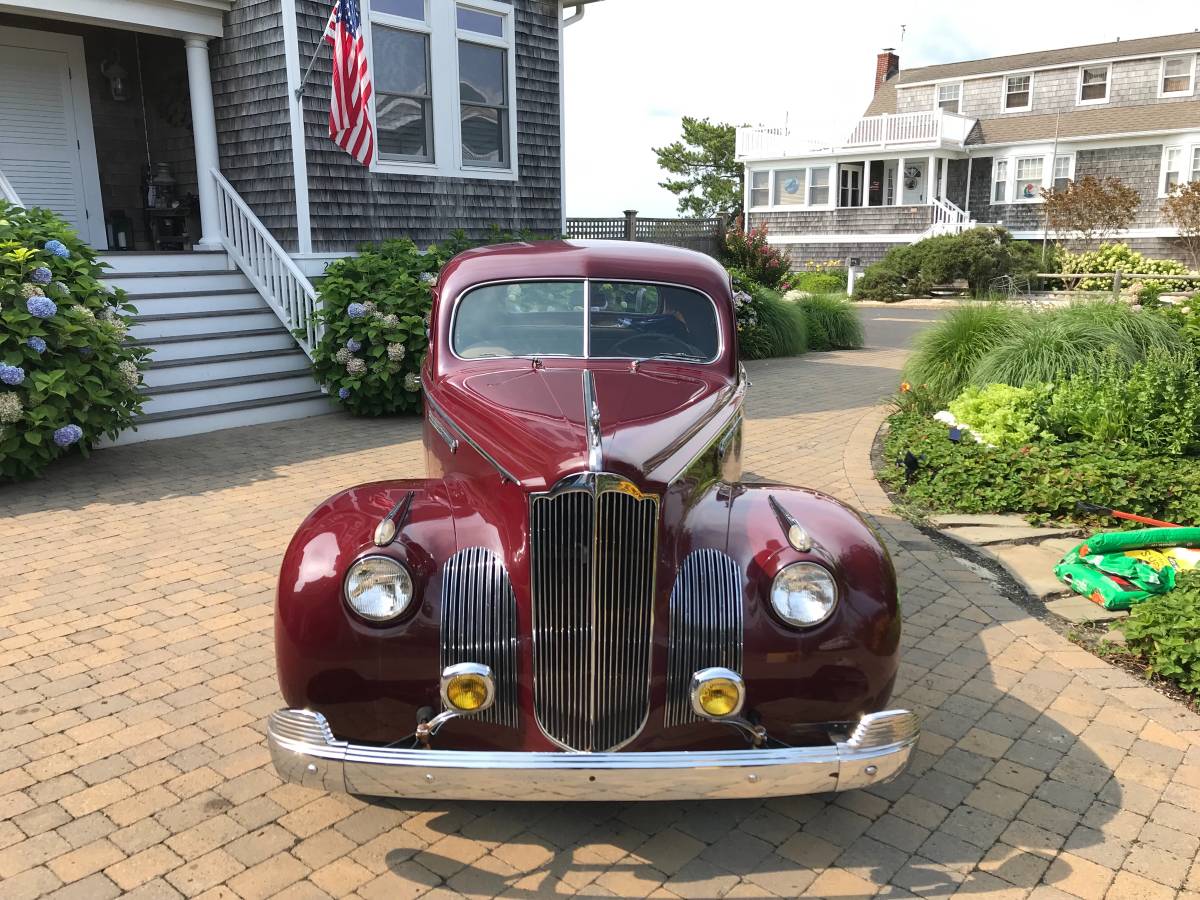 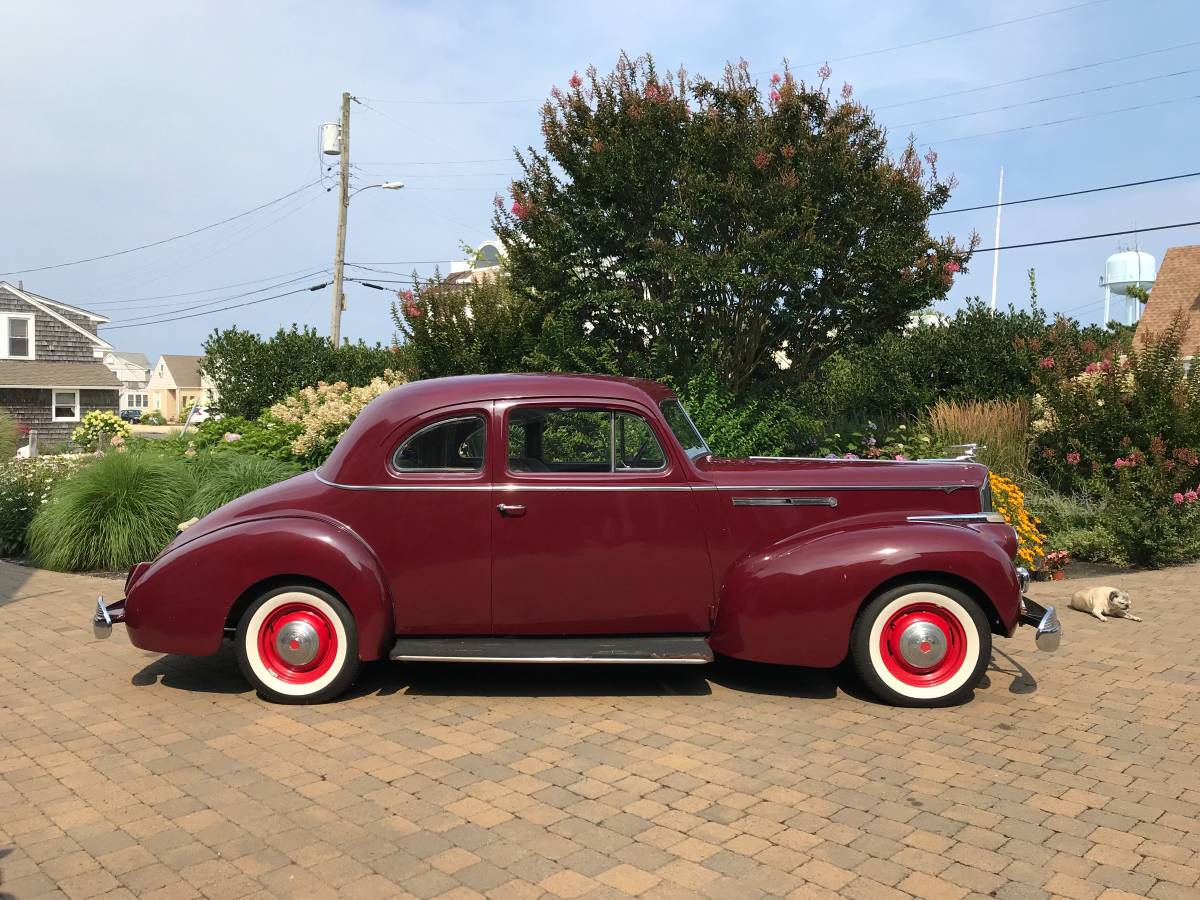 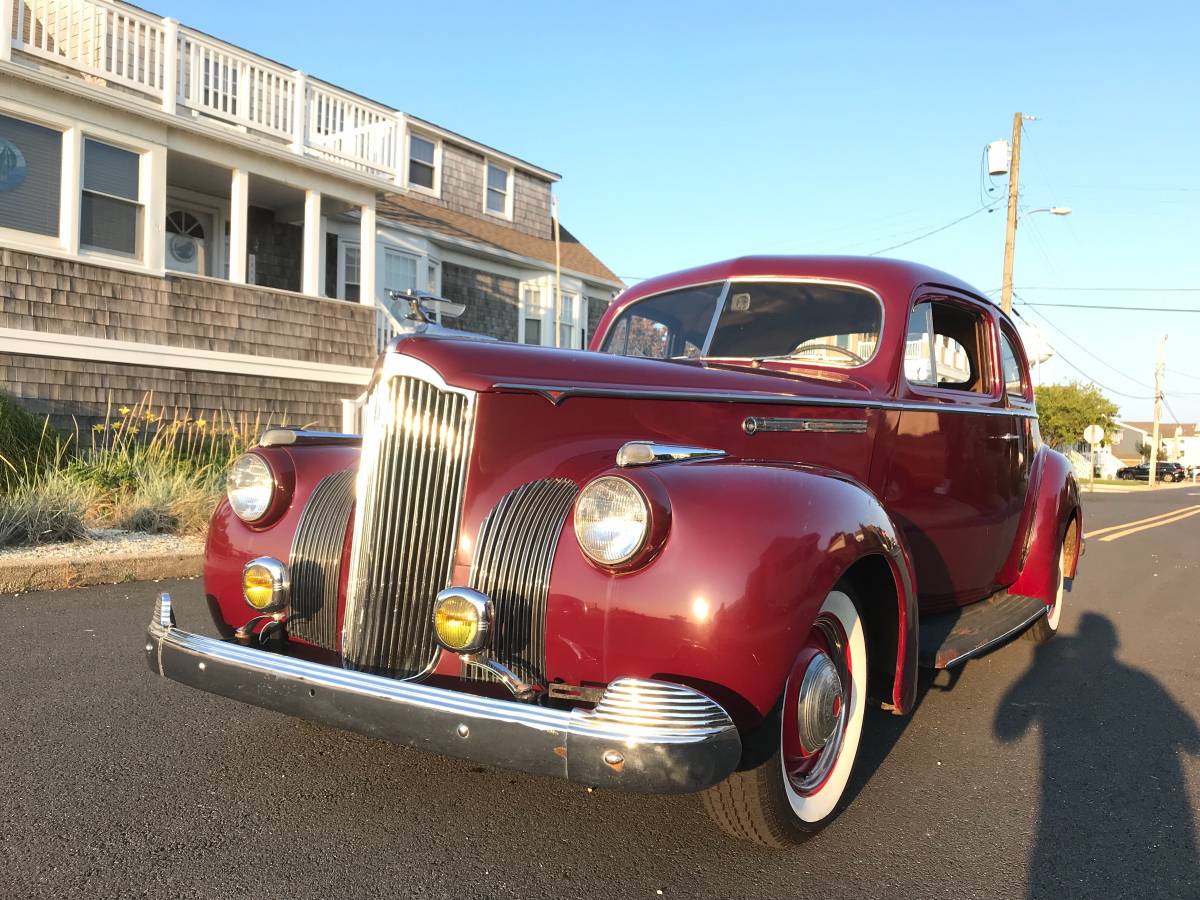 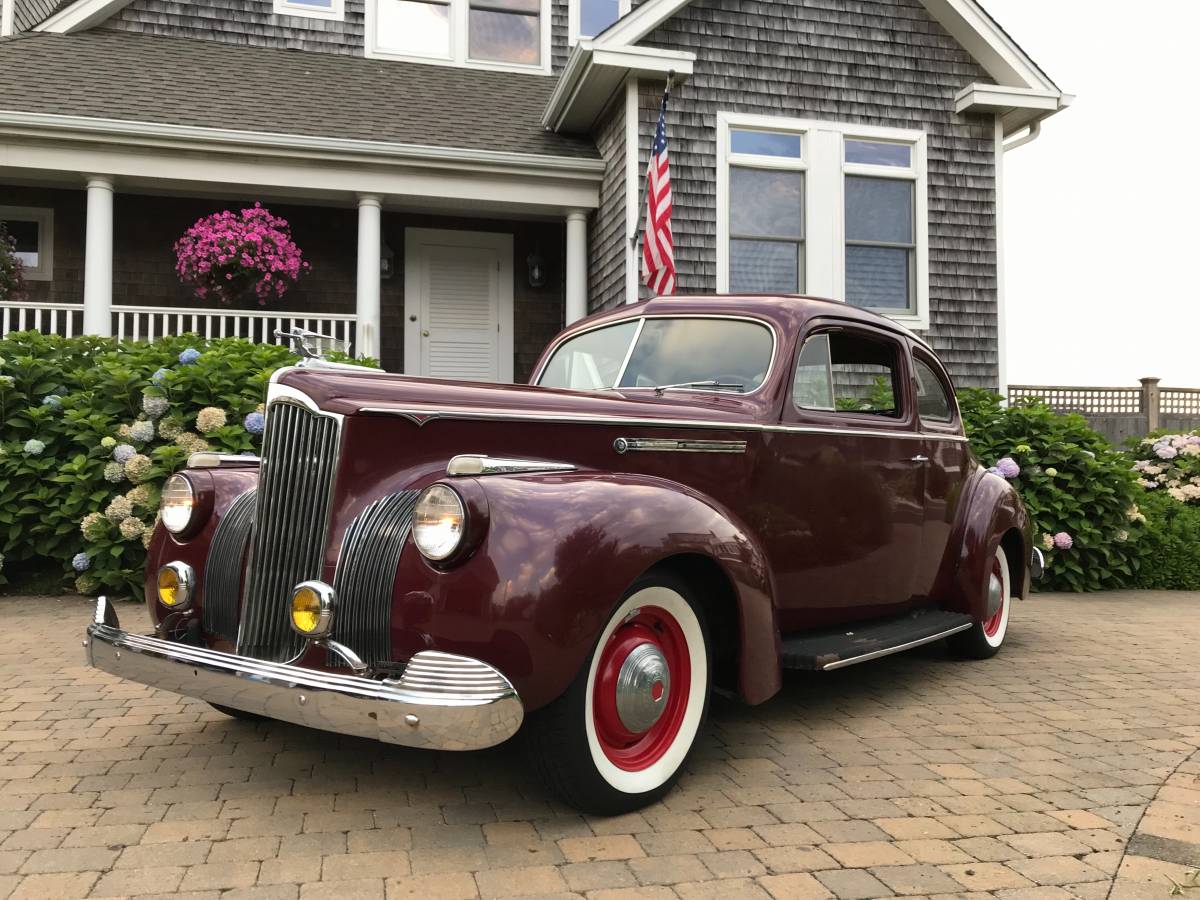 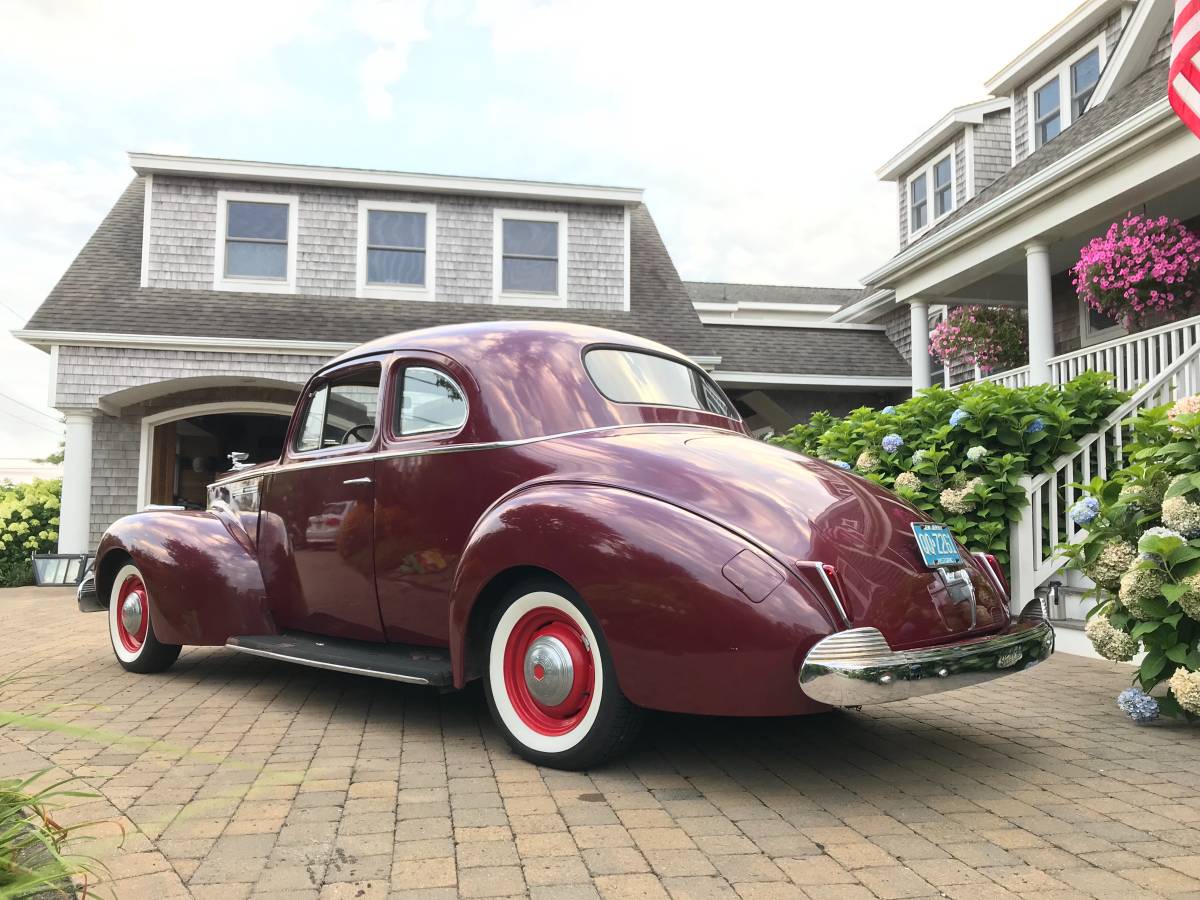 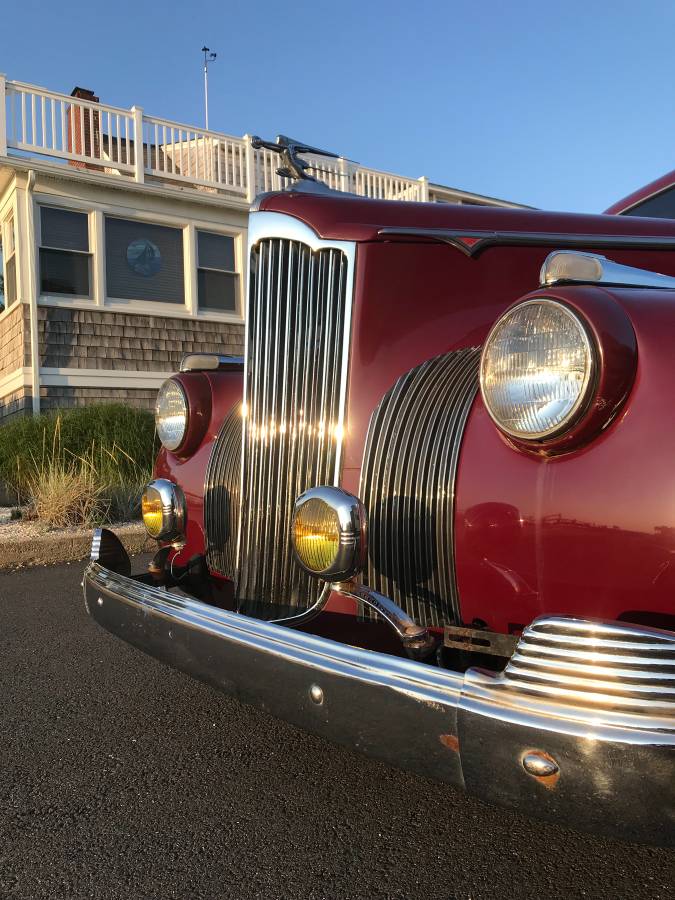 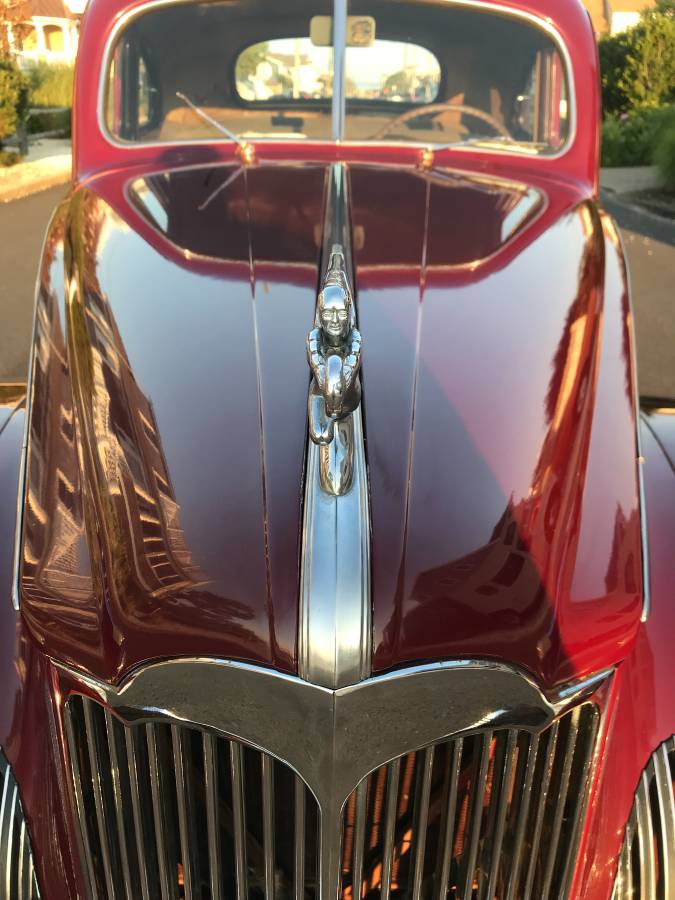 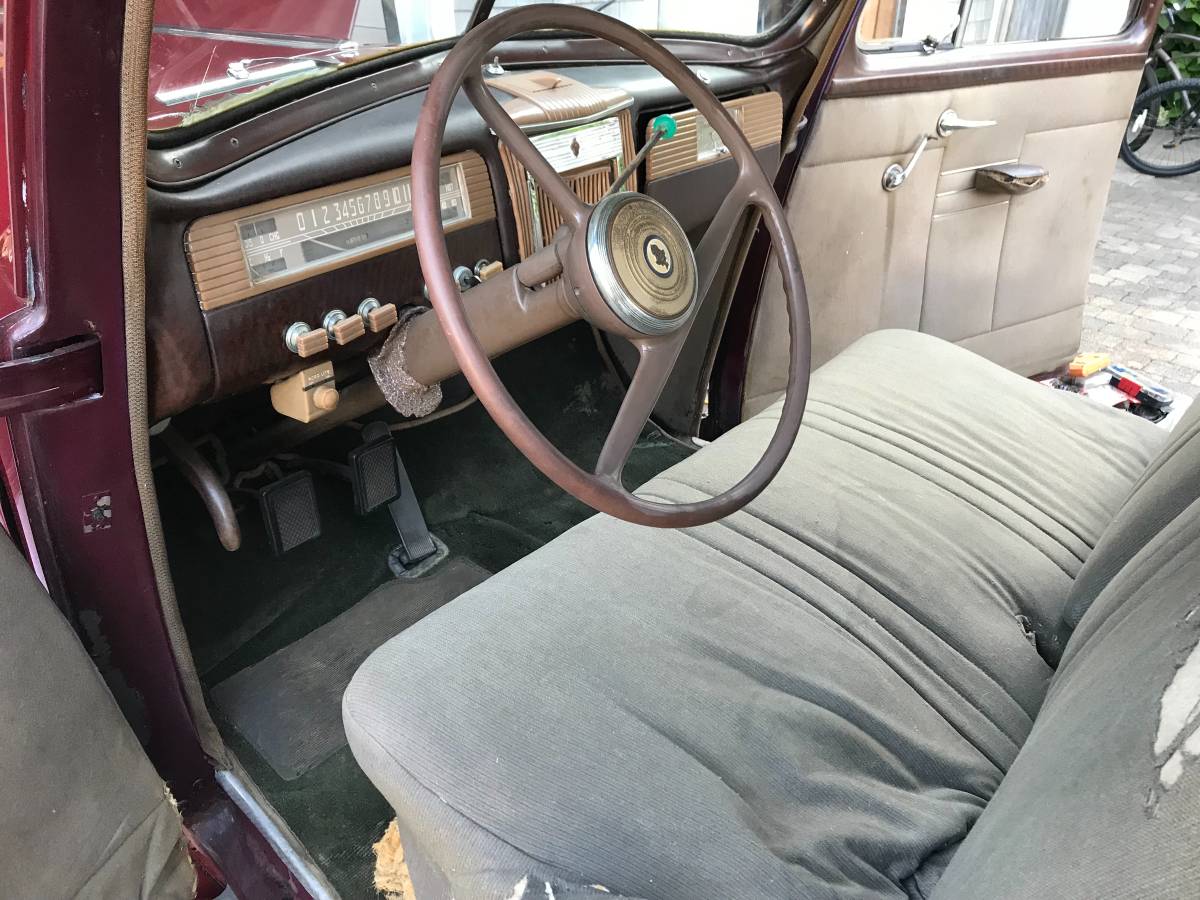 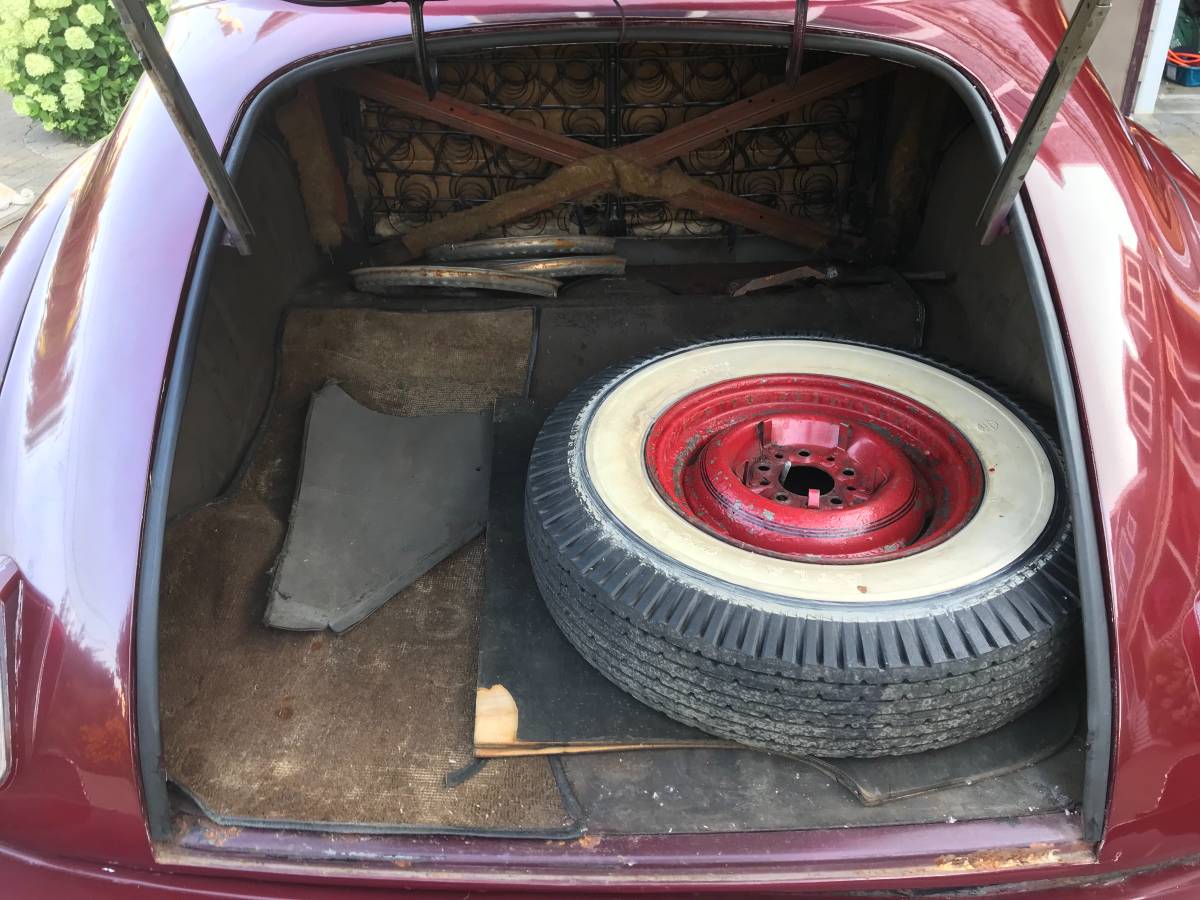 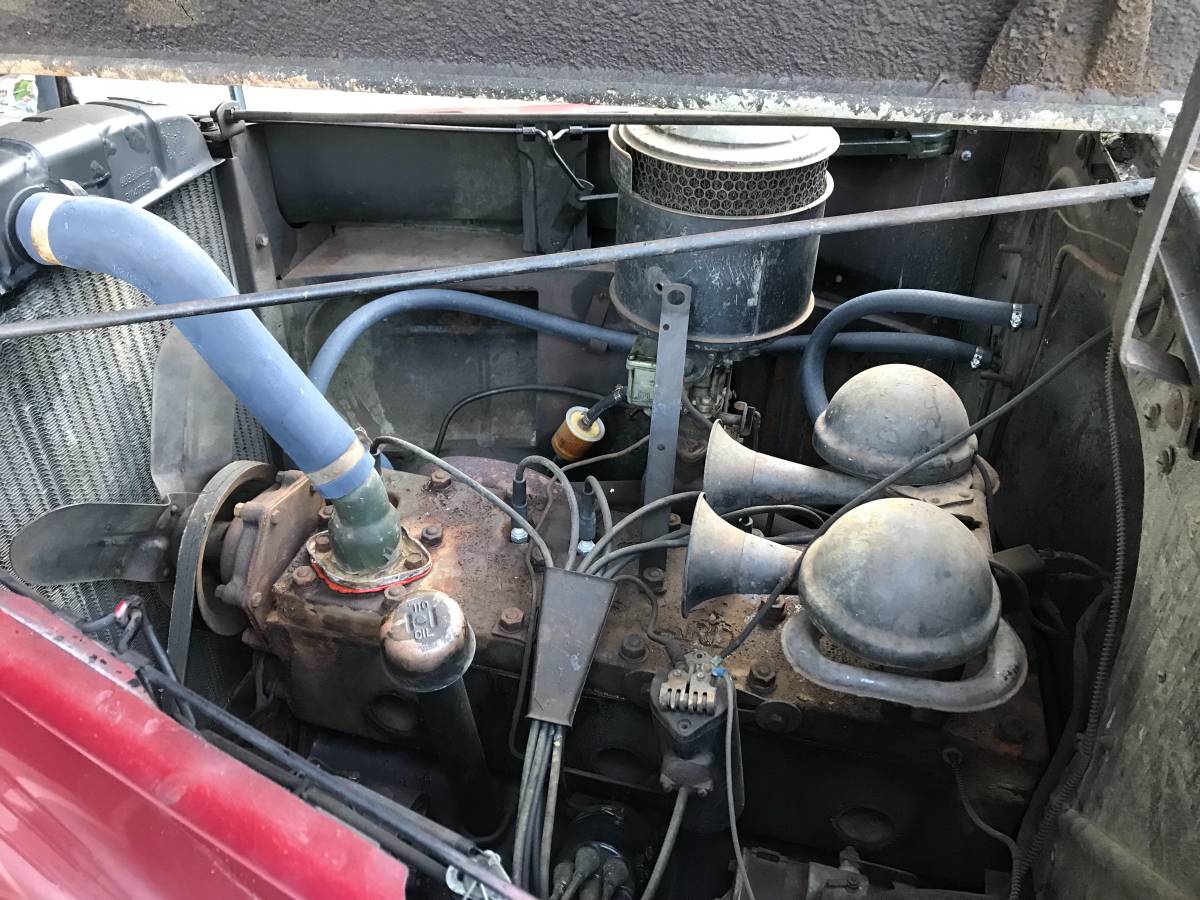 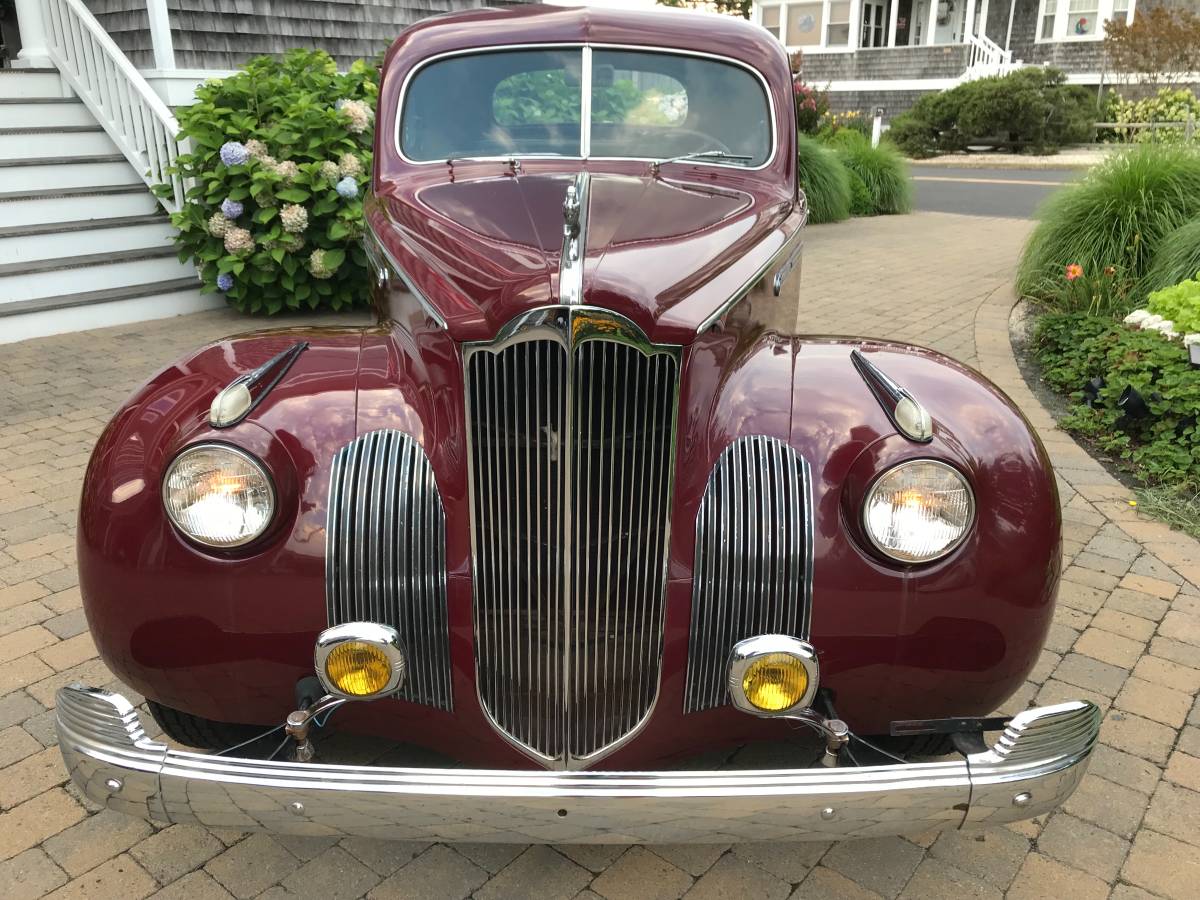 August 26, 2021 Update – We just confirmed the listing for this vintage Packard “Classifind” expired, so with no replacement found we’re assuming this ride “Sold?” While this one got away, please reach out either by email or call us directly if you’d like to be informed when we come across something similar.

Packard was once a stately brand that competed closely with Cadillac and Lincoln in the American luxury market.  Before World War II, it was a safe assumption anyone seen driving a Packard had “made it.”  Coming across this 1940 Packard 110 Two Door Club Coupe originally listed in August on Craigslist “Down the Shore” in the Beach Haven section of Long Beach Island, New Jersey, makes us wonder whether this driver quality car has spent its entire life there. With only 37,000 miles reported, it’s quite possible this Packard has only seen limited summer duty.  Currently offered at $20,000, our usual online pricing sources do not list these cars currently.  The printed NADA Classic, Collectible, Exotic, and Muscle Car Directory currently list their “Low”, “Average”, and “High” retail values as $9,750, $18,700, and $33,600, respectively.

Before World War II, Packard Motor Company of Detroit, Michigan earned a reputation as a luxury automaker. Packard reintroduced a line of six-cylinder cars in 1937 after a ten-year absence as a response to the economic depression and ongoing recovery cycle in the United States. As an independent automaker, Packard could not look to other internal divisions to support its luxury models, so the inclusion of the Six, and the later One-Ten, was necessary to aid in supporting the firm’s bottom line until better times returned.

The Eighteenth Series One-Ten was a range of six-cylinder automobiles Packard produced during the 1940 and 1941 model years. The One-Ten designation was renamed from the previous Packard Fifteenth Series Six (115-C). The One-Ten shared the wheelbase of the One-Twenty but was given the One-Ten designation to indicate it was the entry-level product.  Built on a shorter wheelbase than the senior Packards, the One-Ten was introduced in August 1939. The One-Ten was available in a broad range of Body styles, including both two and four-door sedans, station wagon, and convertible. The total output for the 1940 model year was 62,300 units.

“Big Packard” enthusiasts traditionally look down upon the entry-level Packard Six and One-Ten as they believe they ultimately started the brand’s decline.  However, like it or not, these cars could not have come at a better time.  By offering the less expensive model, the company was able to attract buyers who would otherwise be unable to purchase more expensive cars. Prices ranged from USD$867 for the Business Coupe to USD$1,200 for the Station Wagon.

Surprisingly, we were able to come across a vintage 1941 Packard promotional film highlighting the entire 110 line that year:

We love how this Packard stands out from the regular crowd of products from the “Big Three” that survive to this day.

“1941 Packard 110. This is a complete, running, driving car. Features Packard 6cyl engine and 3-speed manual transmission. It is not a show car but some TLC will make it an excellent, classy driver. Looking to sell the car but an interesting classic car, high performance or muscle car era trades will be considered.“

Restore or dive As-Is: what would you do with this low mileagePackard?  Comment below and let us know! 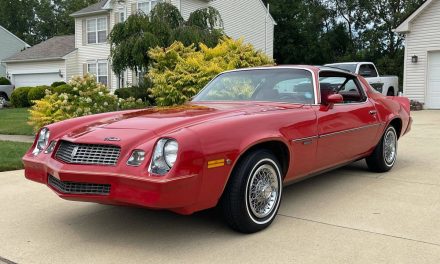 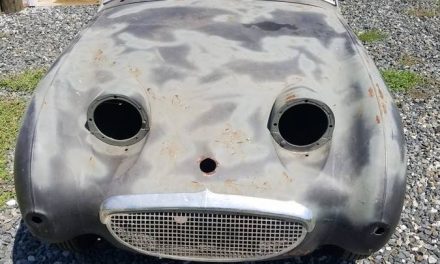 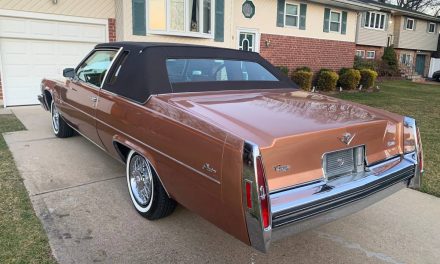 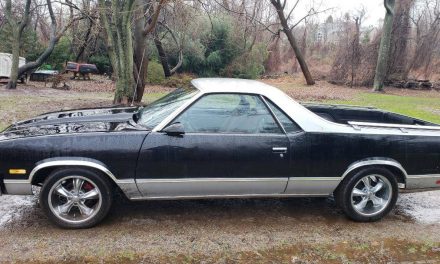