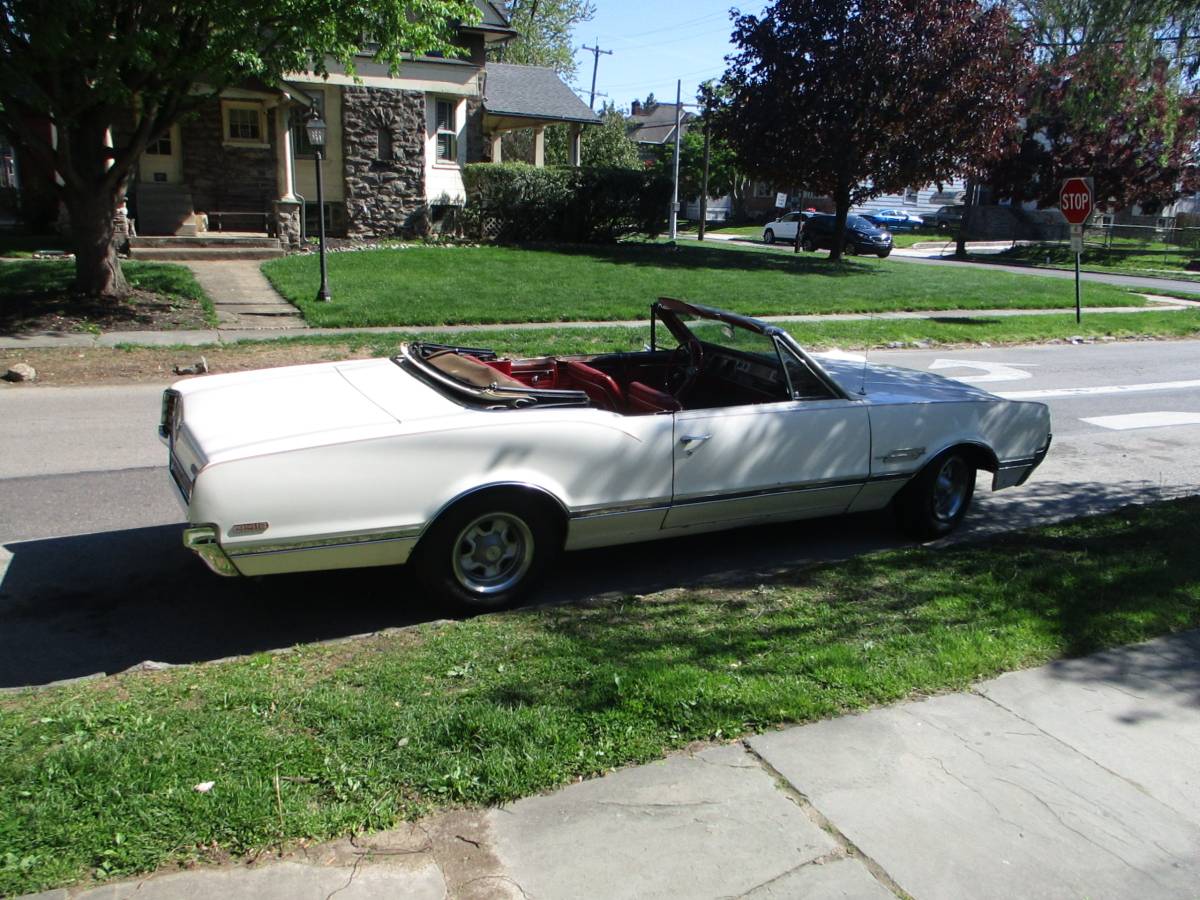 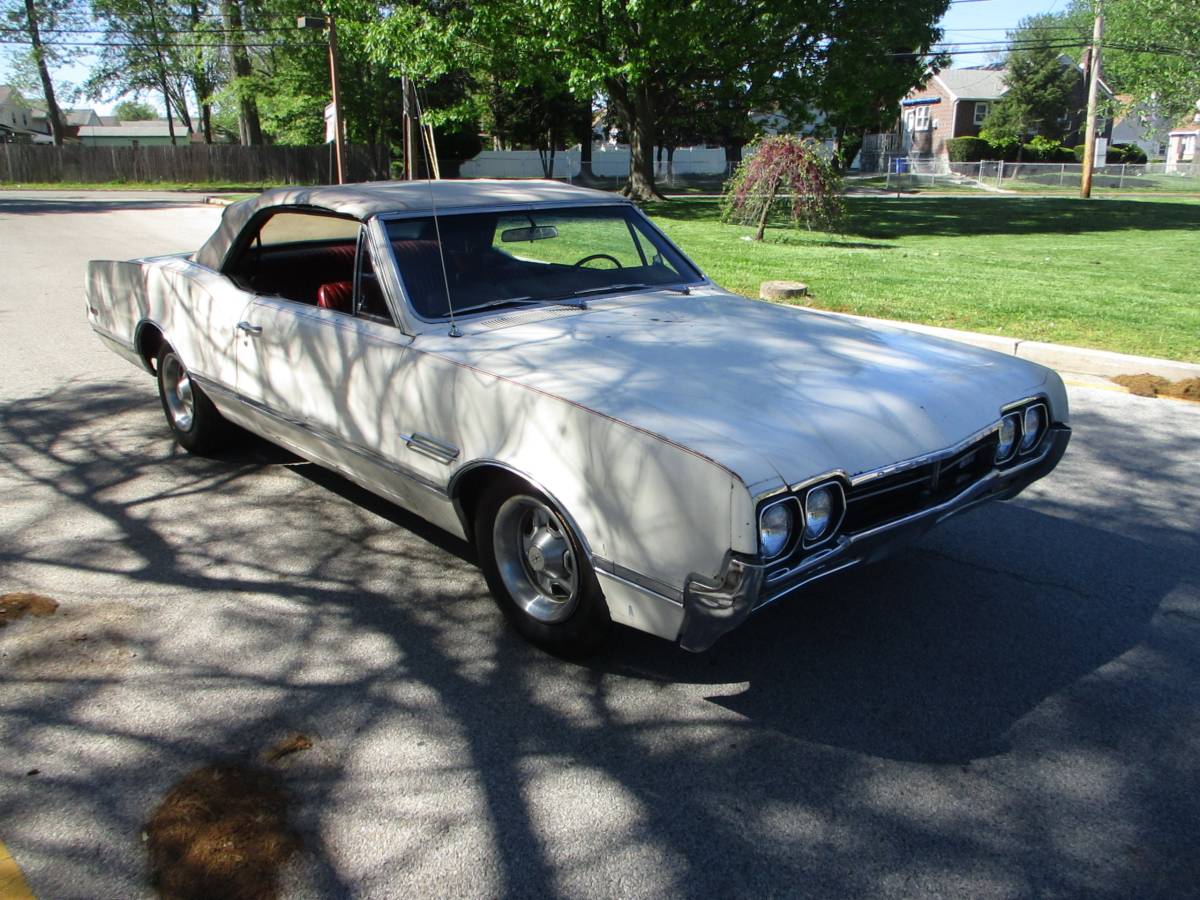 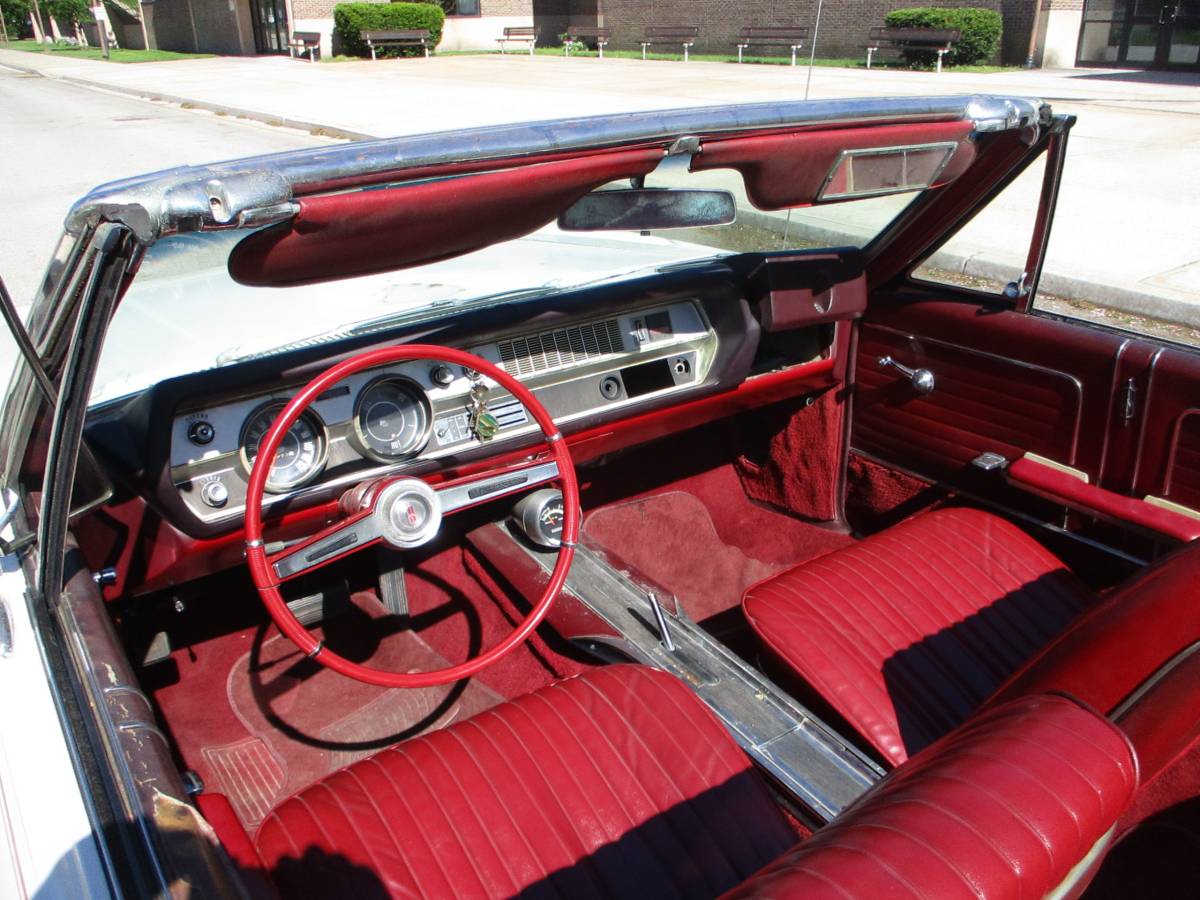 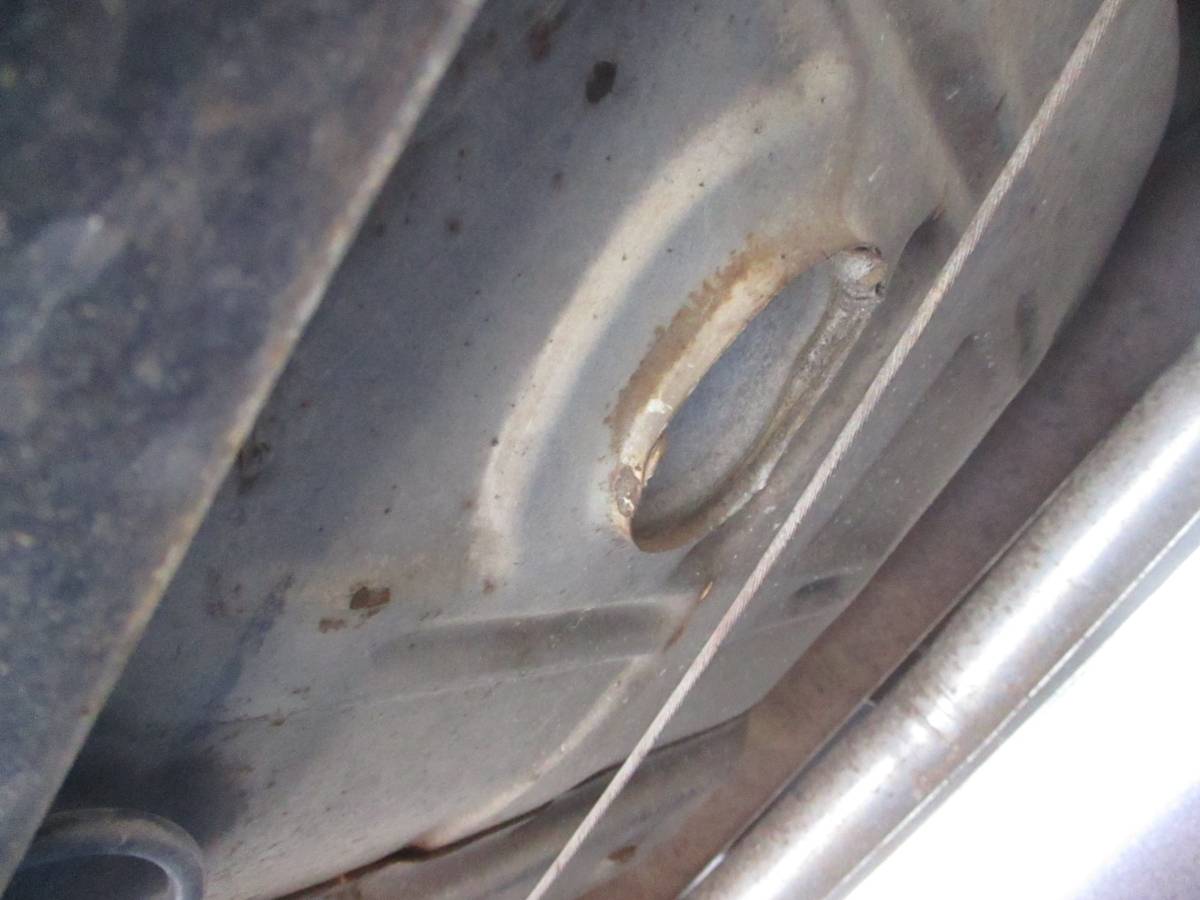 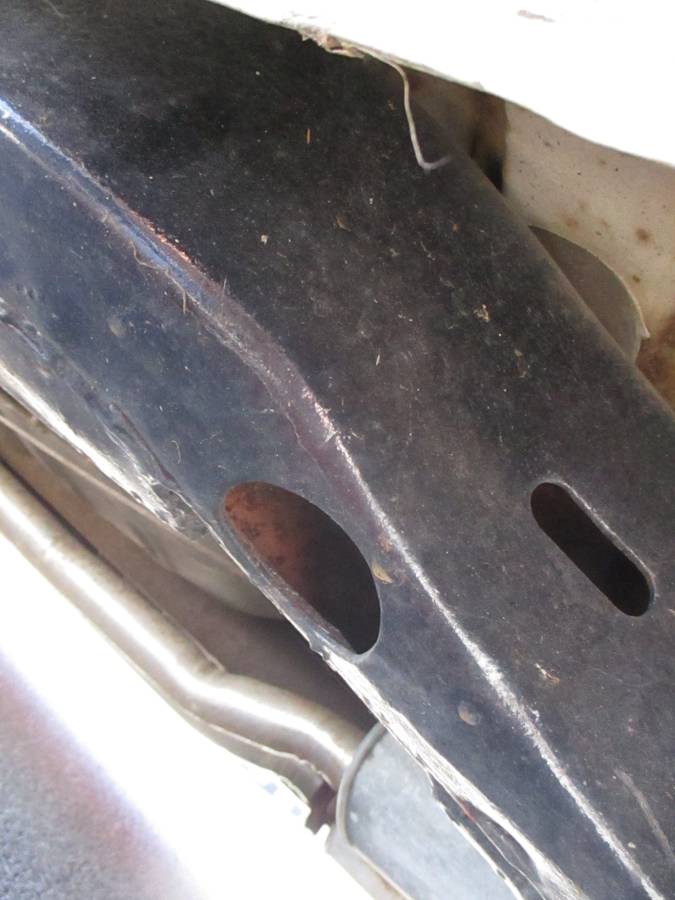 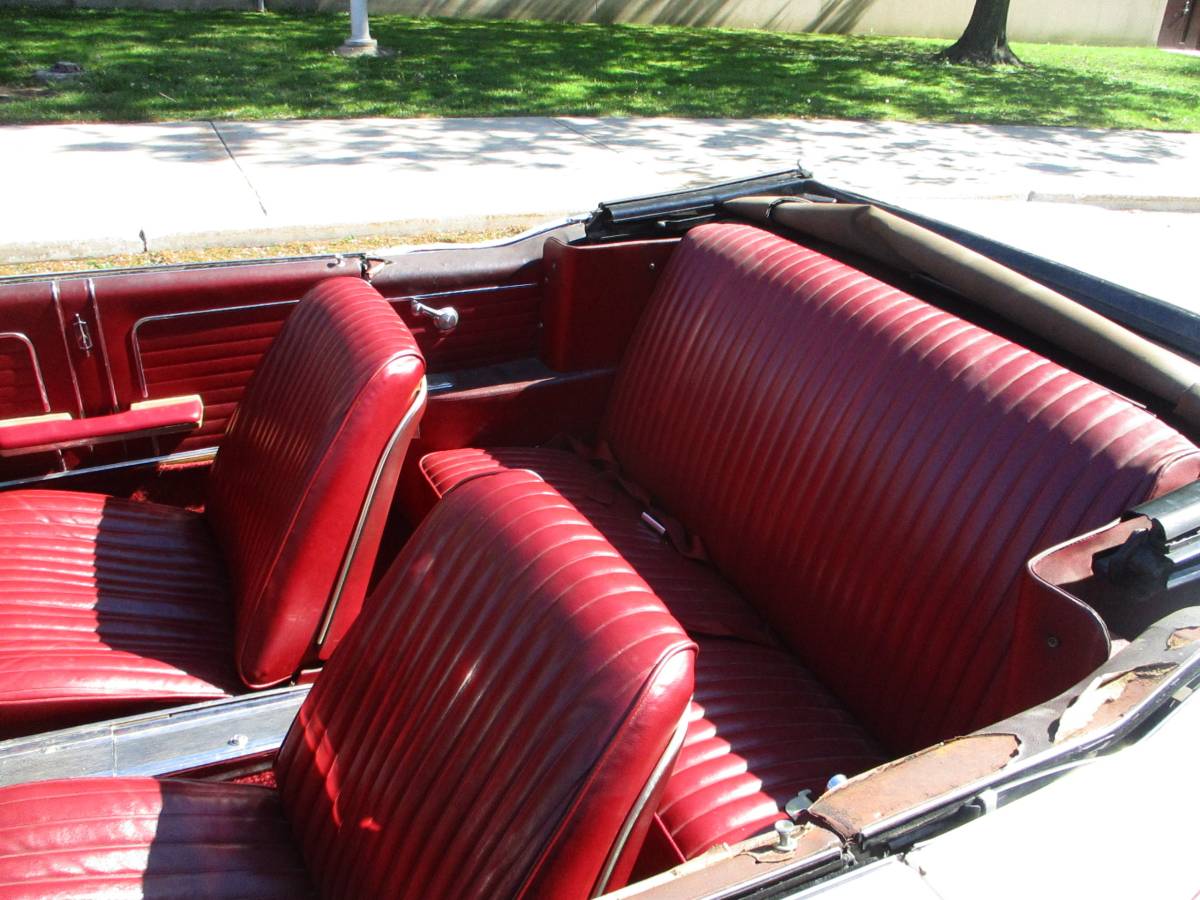 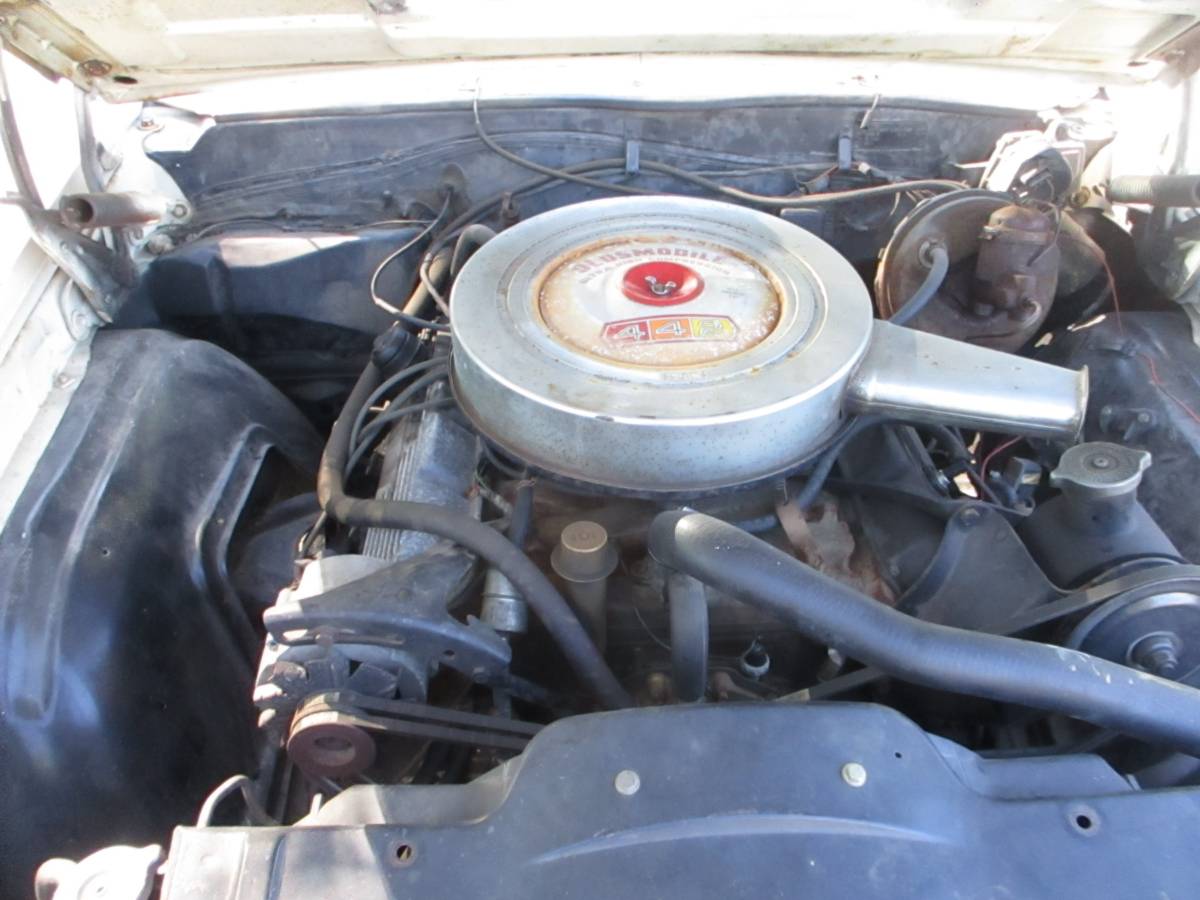 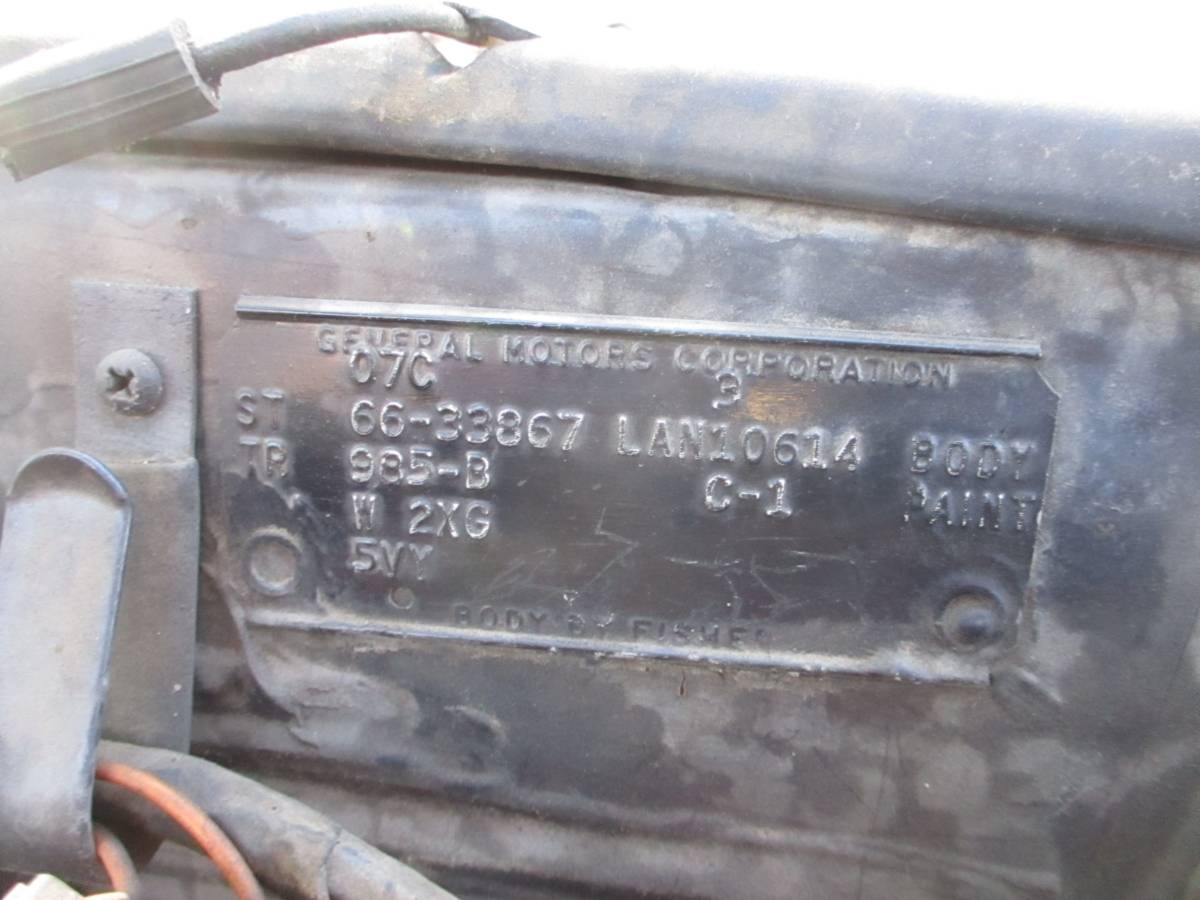 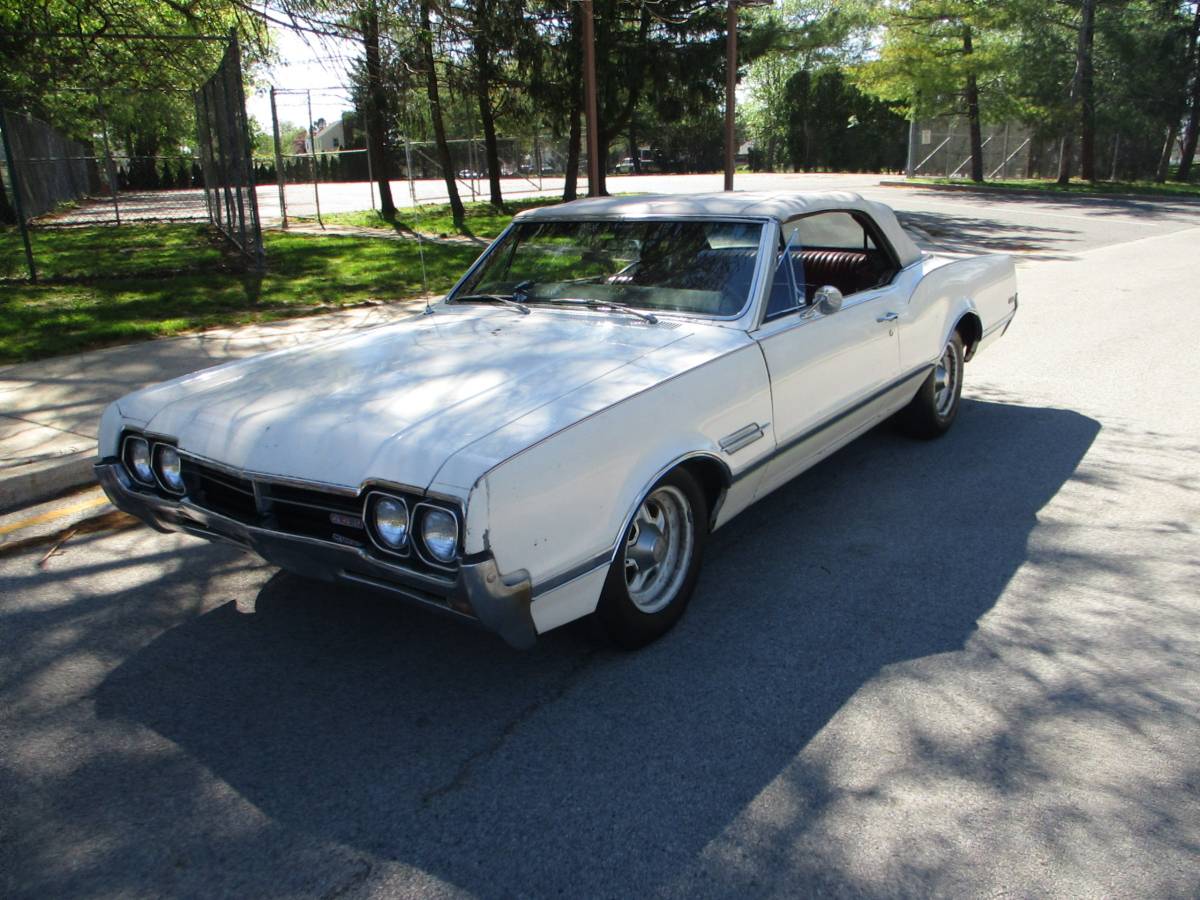 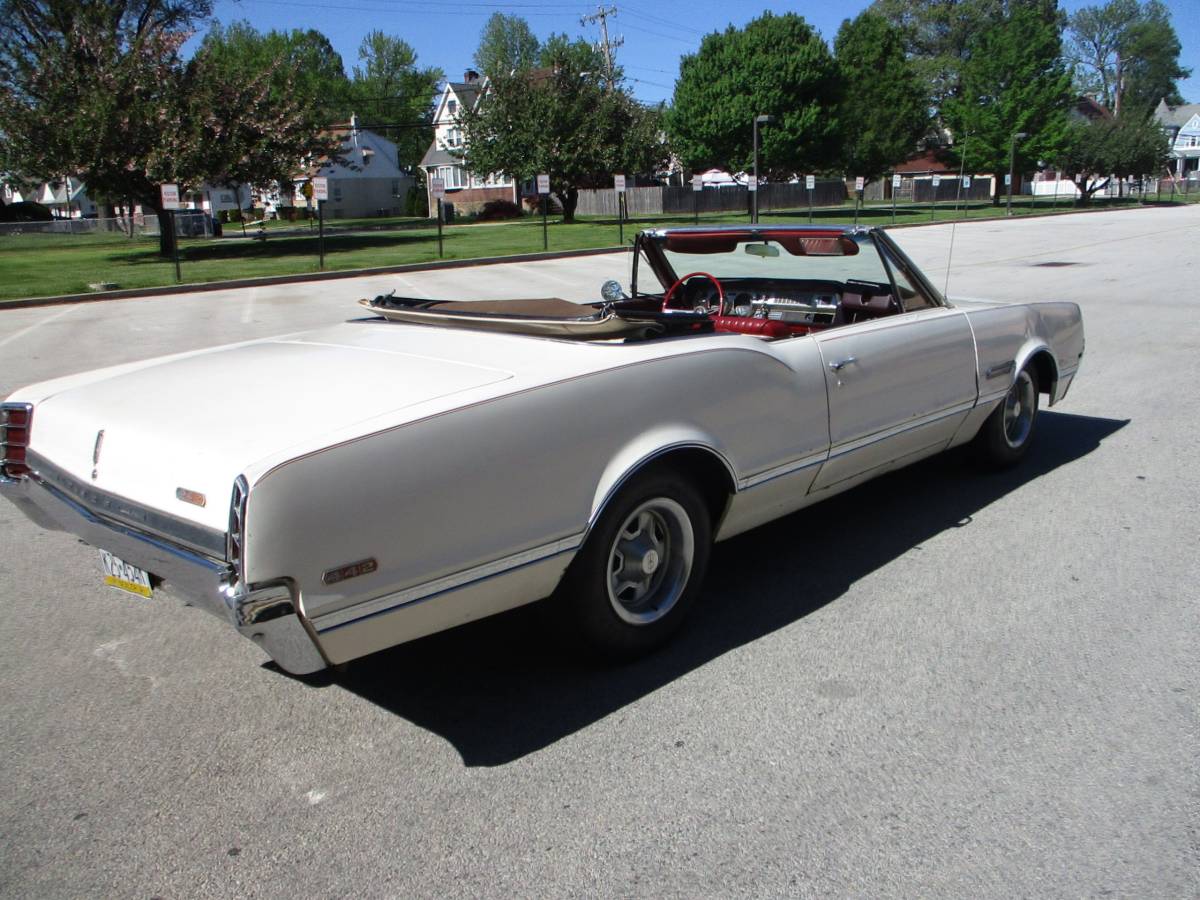 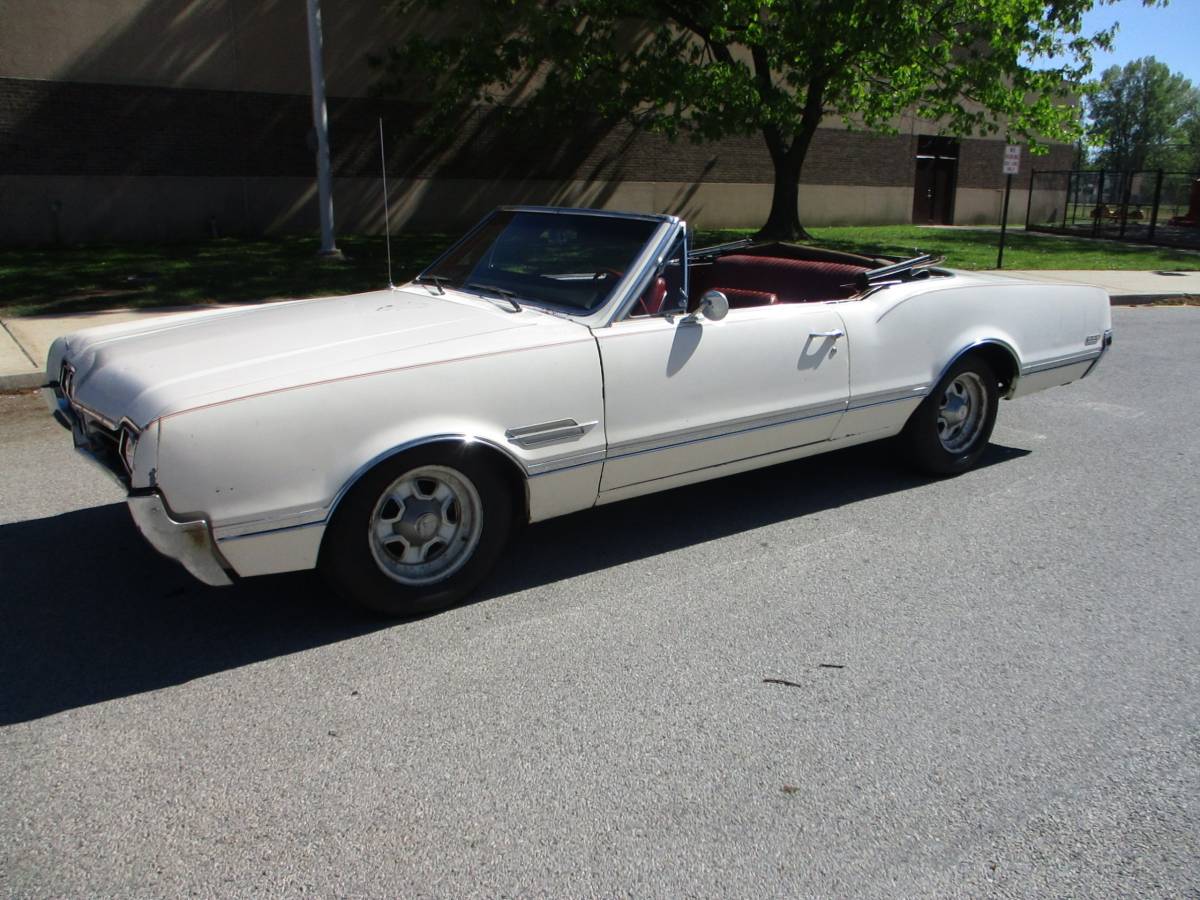 August 18, 2021 Update – we confirmed the seller of this Oldsmobile 442 “Classifind” deleted their listing, so we’re now able to call this one “SOLD!” While this one got away, please reach out either by email or call us directly if you’d like to be informed when we come across something similar.

August 8, 2021 Update – After a nearly one month pause, the private seller posted a fresh listing for their 4-4-2 convertible we first came across in May of this year.  In their latest listing, the seller reduced their asking price by another $1,500 to land at $15,000.

June 3, 2021 Update – We just noticed the private seller lowered the asking price listed in their existing Craigslist ad by another $500 to $17,000.

When Oldsmobile launched its new 4-4-2 package in 1964, the numbers stood for: four-barrel carburetor, four-speed manual transmission, and dual exhausts. By 1965, to rationalize the availability of the package for buyers opting for an automatic transmission, the numbers now stood for 400 cubic inch V8, four-barrel carburetor, and dual exhausts. This white-over-red 1966 Cutlass 4-4-2 convertible originally listed in May 2021 on Craigslist just outside of Philadelphia, Pennsylvania falls into the latter rationalized category.

That nuance aside, the 4-4-2 was one of the better handling muscle cars, relatively speaking, as it was the first to include a rear stabilizer (“sway”) bar as part of the package.  In the car featured here, we’re taken aback by the rust-free, survivor quality of this well-optioned 4-4-2 that includes Power Steering, Power Brakes, and a desirable Posi-traction rear end.  The seller’s brief description does not provide the details of where this car is originally from, but we suspect it likely spent much of its life somewhere in a very dry climate before making its way east.

The US Auto Industry YouTube Channel has this vintage 1966 Oldsmobile 442 Commerical posted:

Offered at $18,000 currently, the Collector Car Market Review indicates the current asking price falls between this guide’s #4 “Fair” estimate of $16,450 and its #3 “Good” appraisal of $28,800.  Interestingly, the Hagerty Insurance Online Valuation Tool reveals the asking price is actually much less than this guide’s #4 “Fair” (Daily Driver) estimate of $26,900. We predict this appropriately-priced survivor will sell quickly.