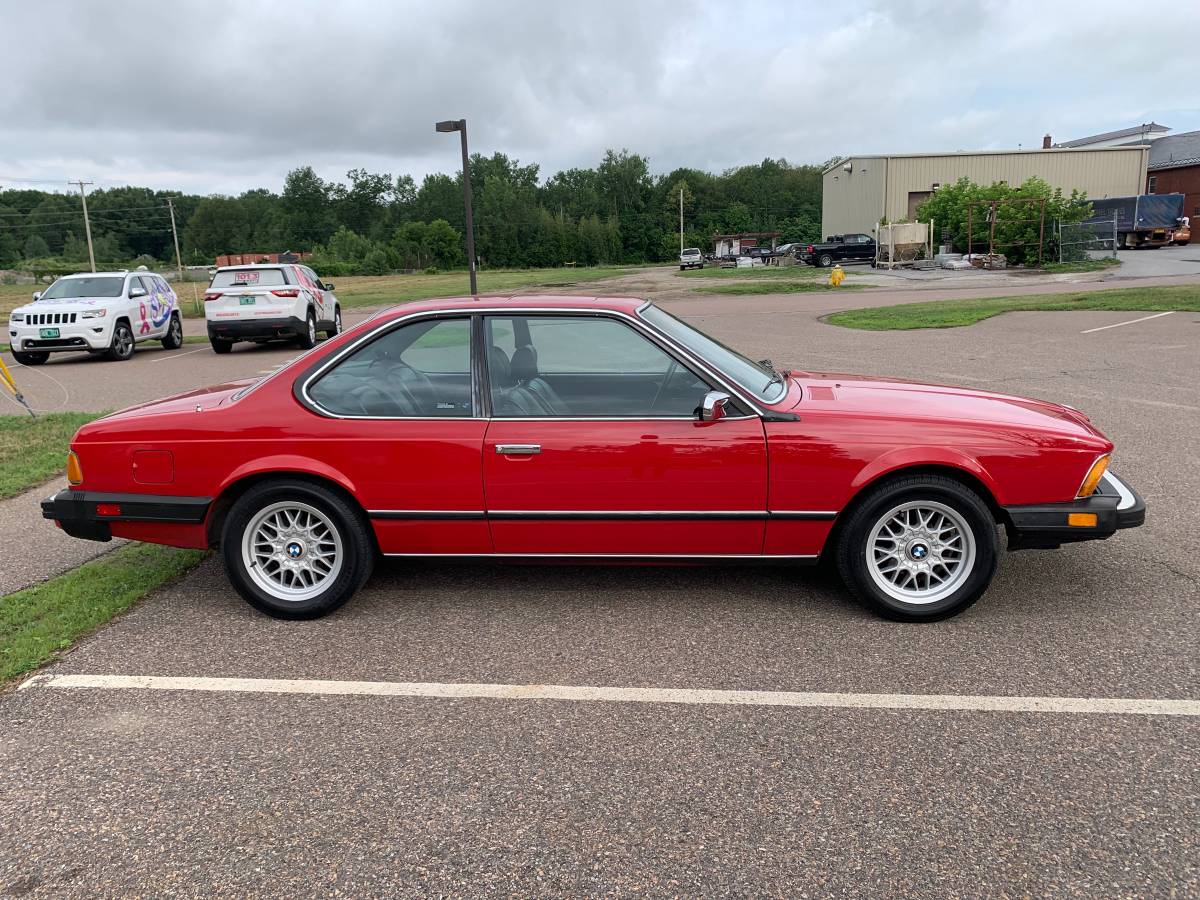 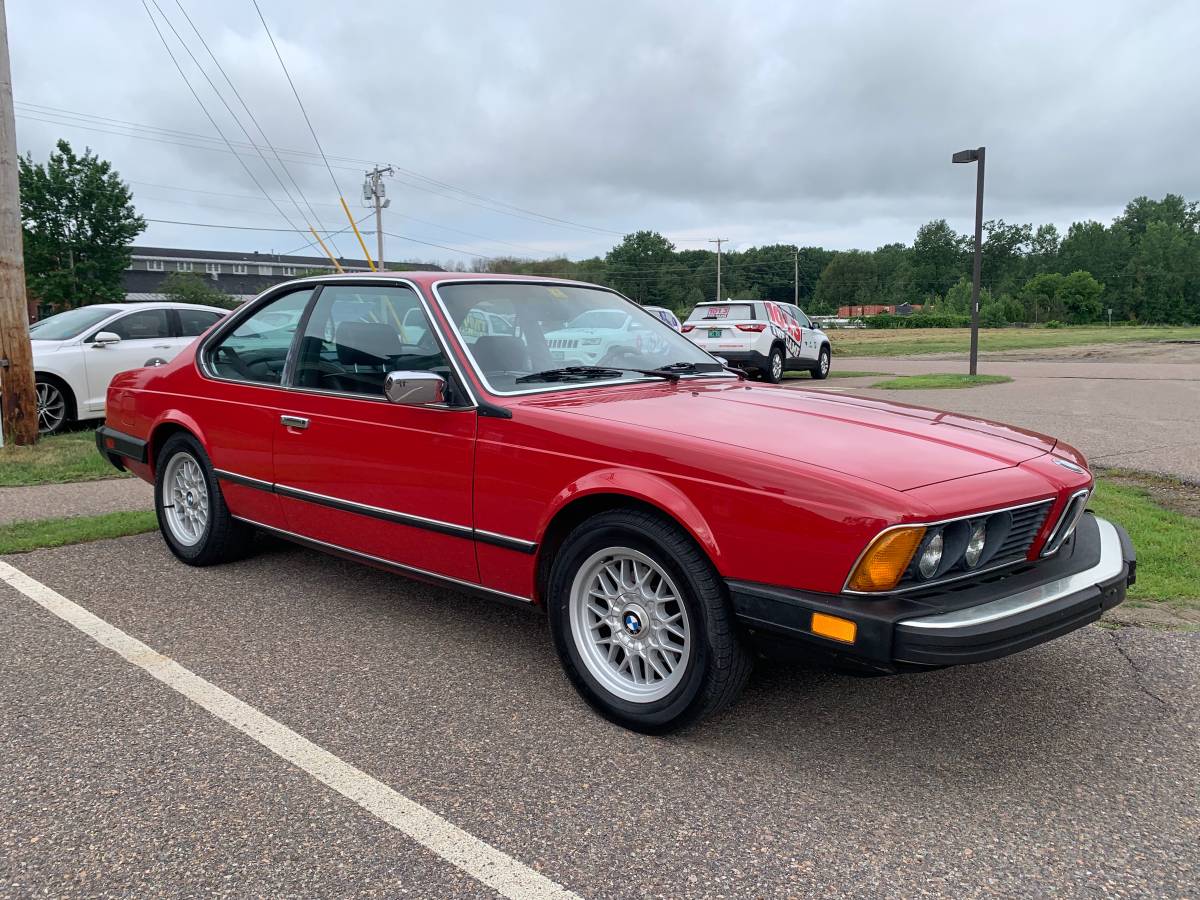 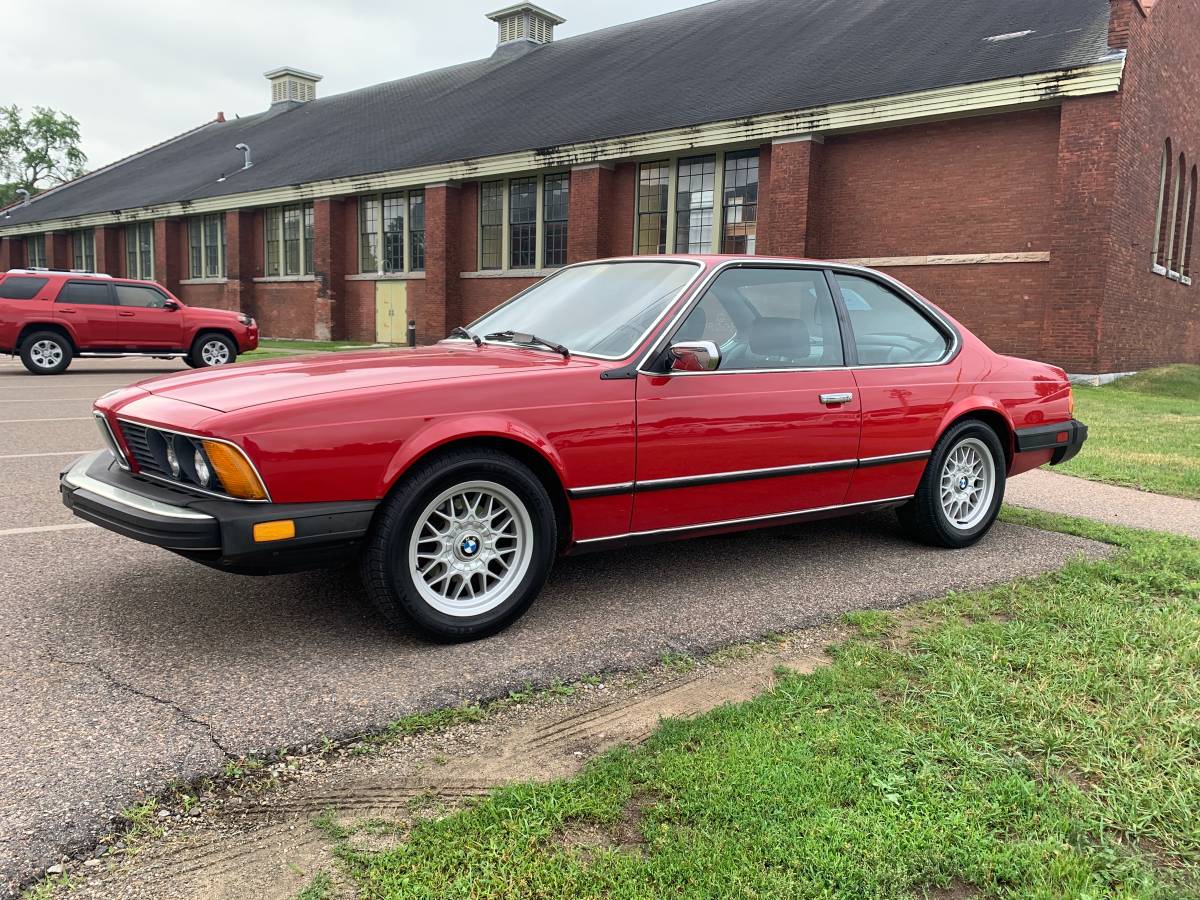 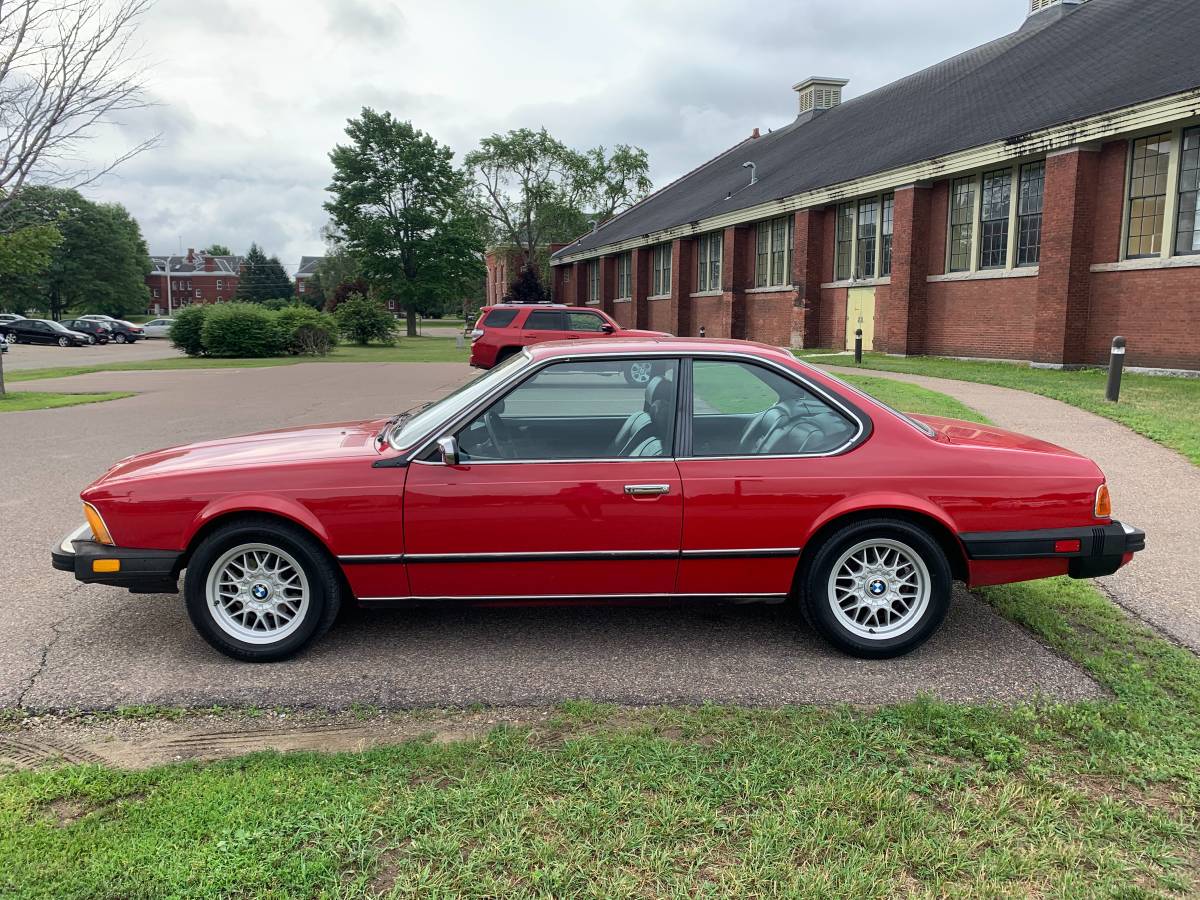 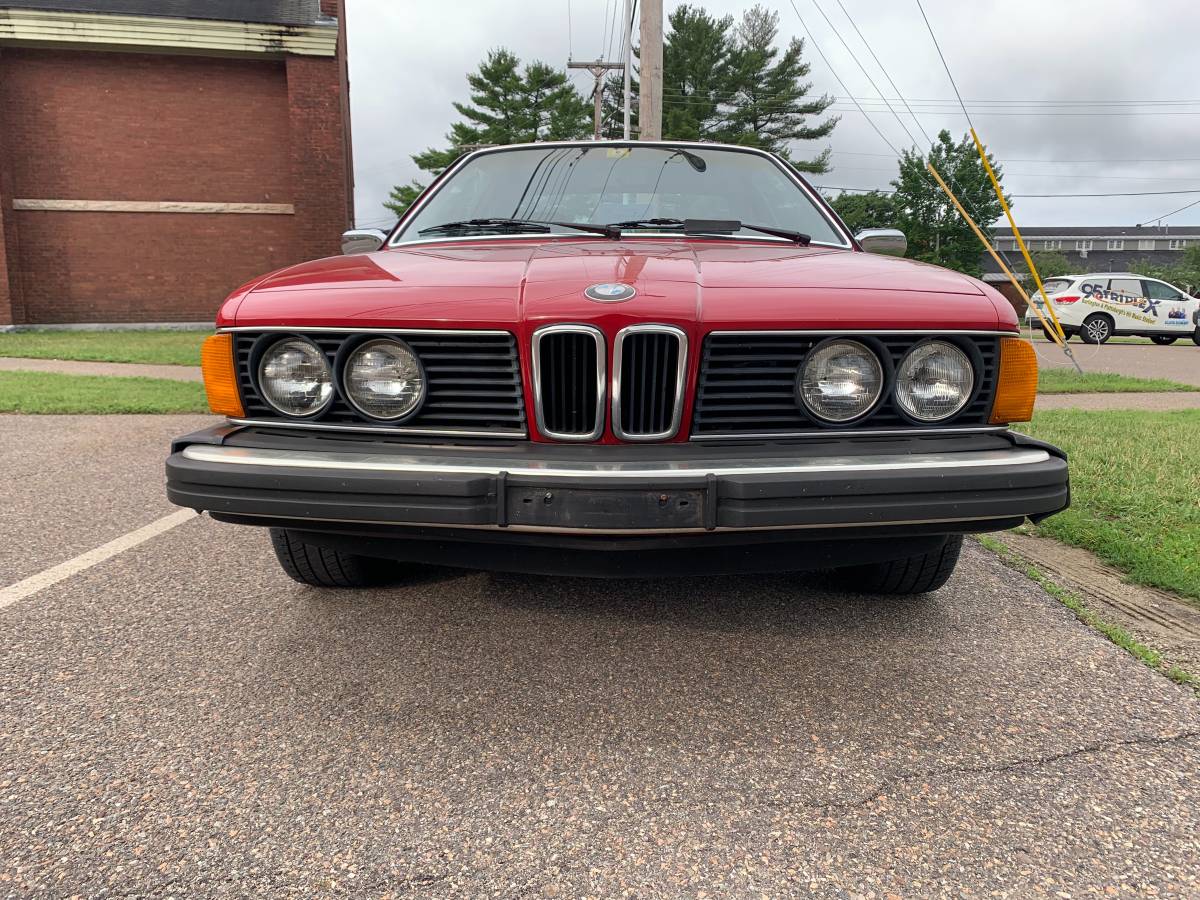 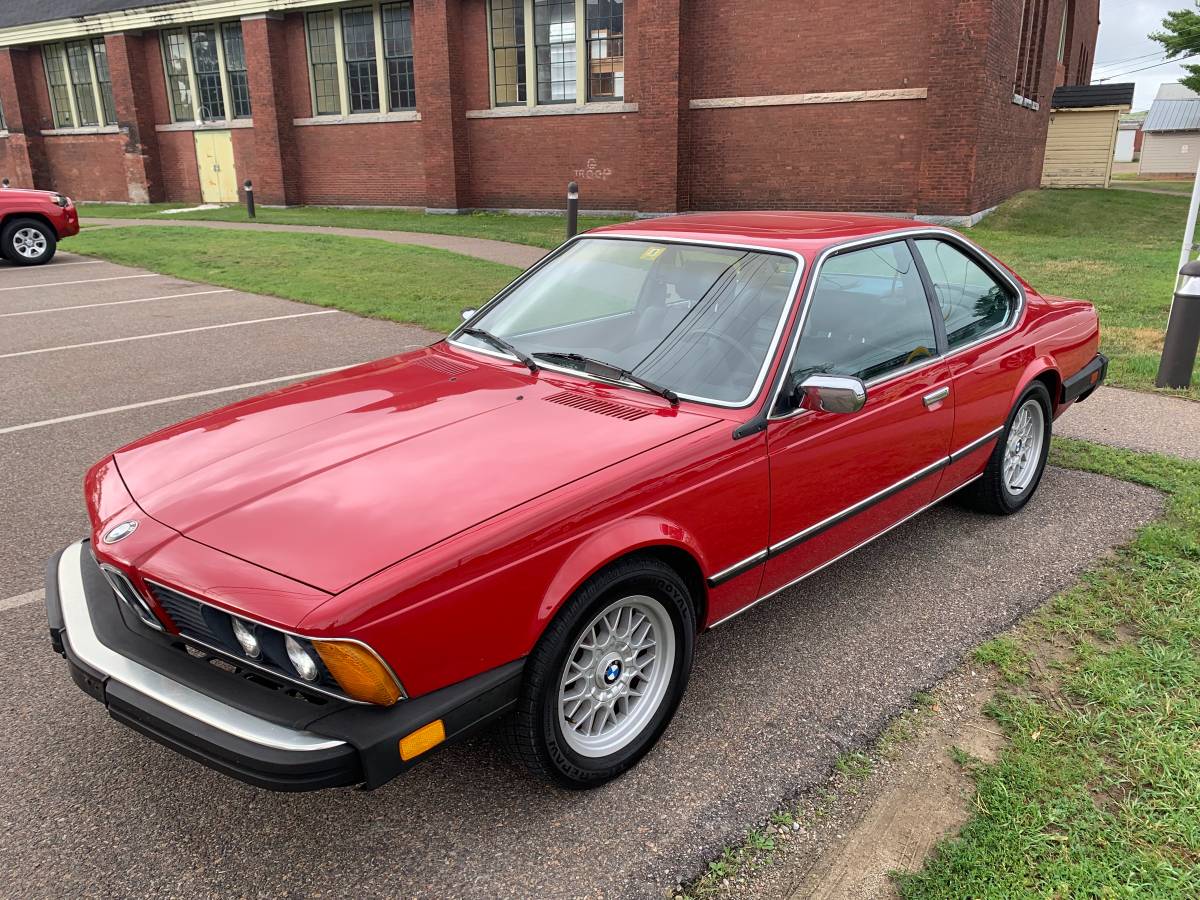 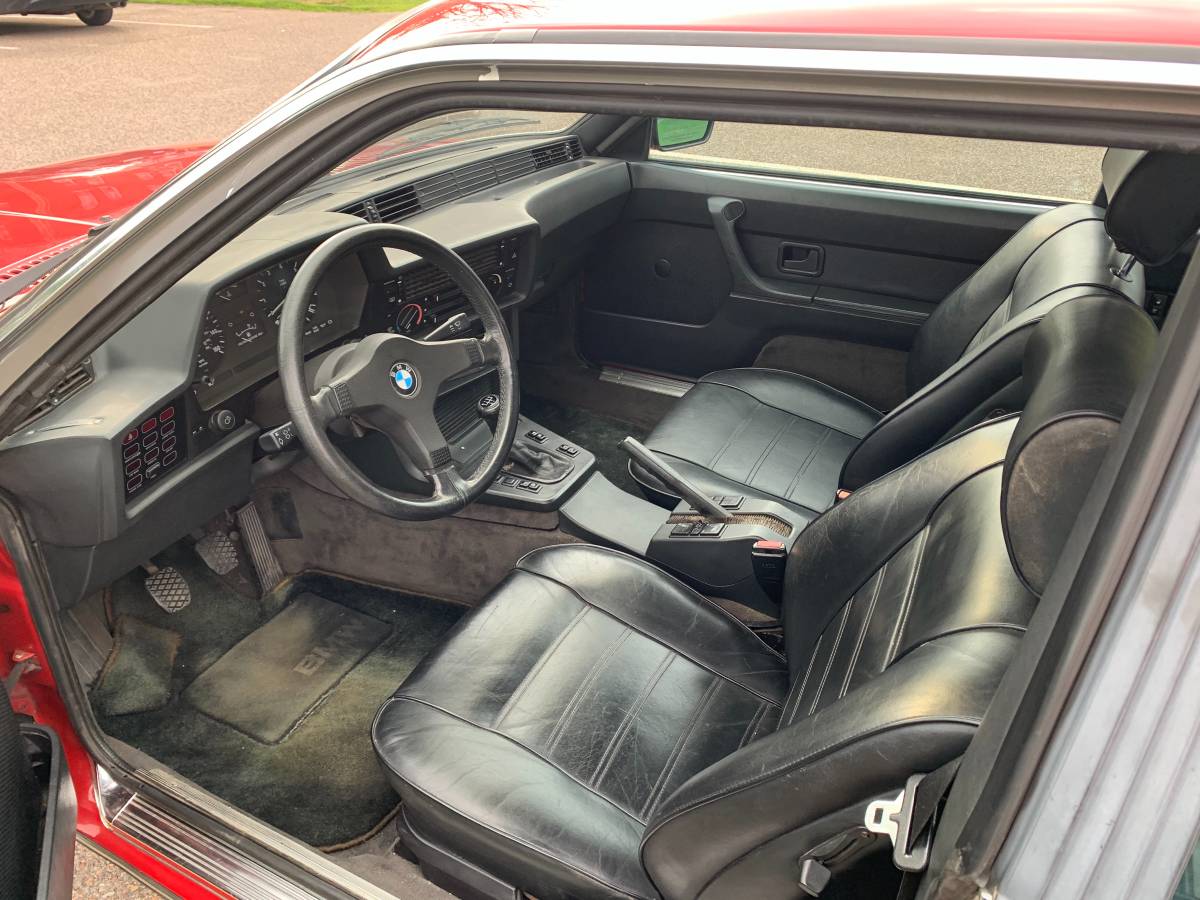 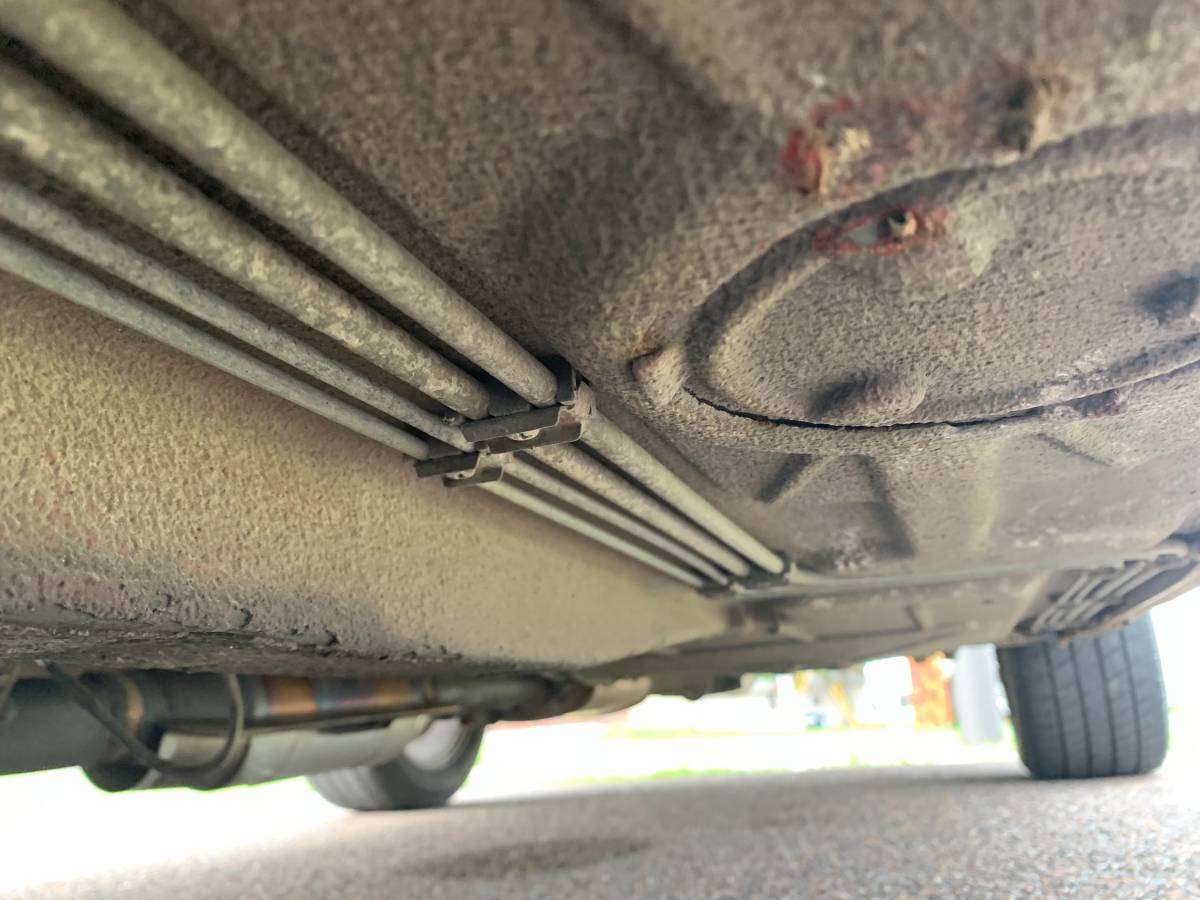 August 16, 2021 Update – We just noticed this private seller of this BMW 633CSi we first featured less than one week ago just lowered their asking price by nine hundred dollars to $11,000.

Colors can make or break certain cars. When it comes to 1980s BMWs, many of them left the factory wearing conservative tones like Bronzit Beige Metallic and Delphin Metallic, which are somewhat timeless (and certainly inoffensive) but also quite staid. Finding one like this 1985 635CSI originally listed in August 2021 on Craigslist in Colchester, Vermont wearing a beautiful shade of Cinnabar Red is a standout, and the seller is asking $11,900. Comparing this price against the Hagerty Insurance Online Valuation Tool confirms this private seller has his clean E24 priced fairly, as a “Good” condition model is valued at $12,300, going up to $22,600 for one in “Excellent” condition.

The E24 chassis 6-Series is an excellent choice for an entry-level classic, even if you’re not much of a BMW fan. It’s hard to deny the good looks, but even if it falls short on eyeball appeal, the robust inline-six engine and smooth-shifting manual gearbox should win you over. While most collectors get hot and bothered for the granddaddy M6 and the later 635CSI with its additional spoilers and aero enhancements, the earlier cars are a better buy given the mechanical bits remained the same and you can add all of those parts should you feel the cosmetics are lacking. While the M6 may deliver more exhilarating performance, it’s also far costlier to own over the long haul, with engine rebuilds easily into the deep four-figure range and values currently trending at a level where you may start to question taking it out for a late-night ice cream run.

The 635CSI shown here has tons of eyeball appeal just for its paint job alone, and while I think I’m right in my guess that this is a factory color known as Cinnabar, it could be a respray in a similar shade like Mercedes-Benz Signal Red. Still, it presents very well, and you just cannot go wrong with red over black as a color combo. The leather seats don’t look particularly lustrous, but they’re not torn up, either. While the sport seats found in the M6 and as optional equipment in the later E24s are preferred, you can retrofit those at a later date. The lack of front and rear spoilers reminds you how graceful the original 6-Series was, and I’d be sorely tempted to convert this one to Euro bumpers and call it a day, aside from a modest lowering kit. Go get one now while they’re still (relatively) affordable.

“Selling my 1985 BMW 635csi. The car has just under 150k on it. Great combo with the red exterior and the black interior. Also a great find with the 5-speed manual. Just went through the car, tune-up, belts, oil change, re-balanced all tires, and gave it a full detail. Runs and drives great. I love the car but I have way too many toys. I’m not in some big rush to sell it. Asking $11,900.“