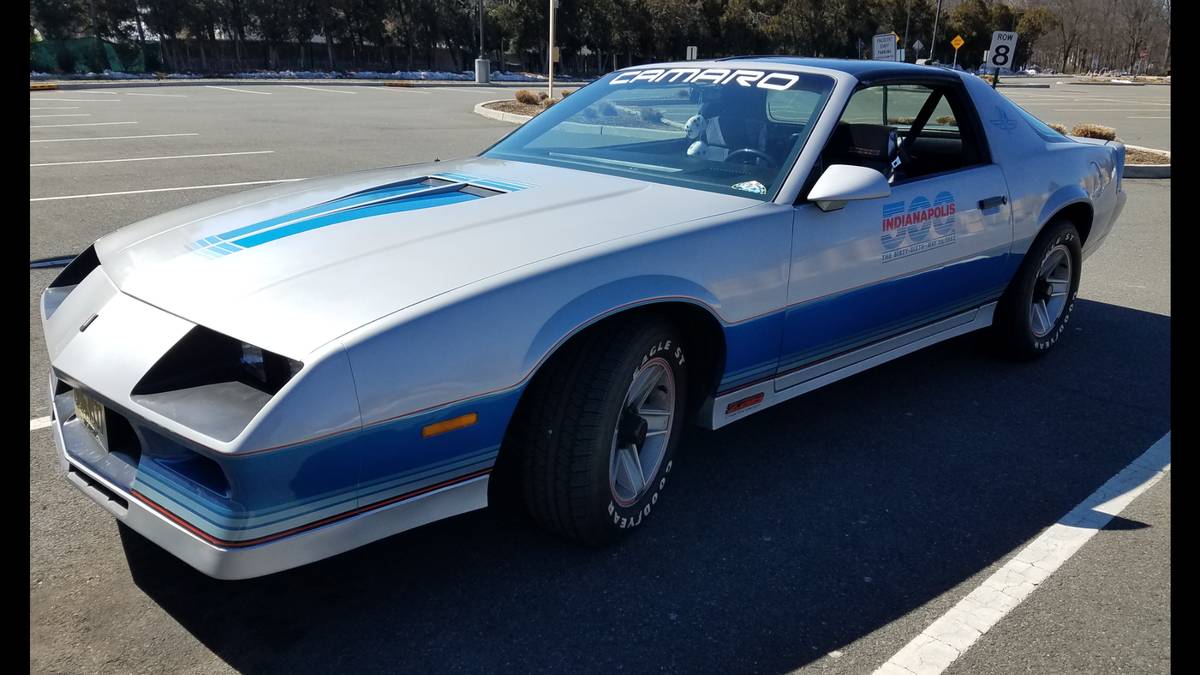 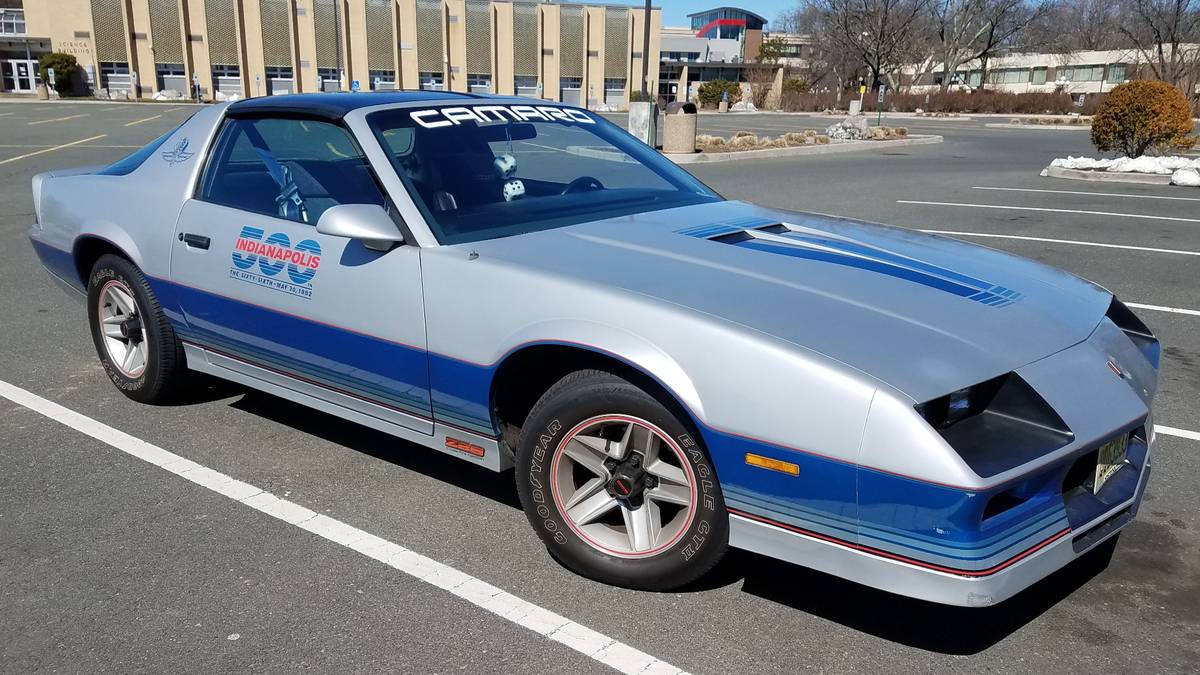 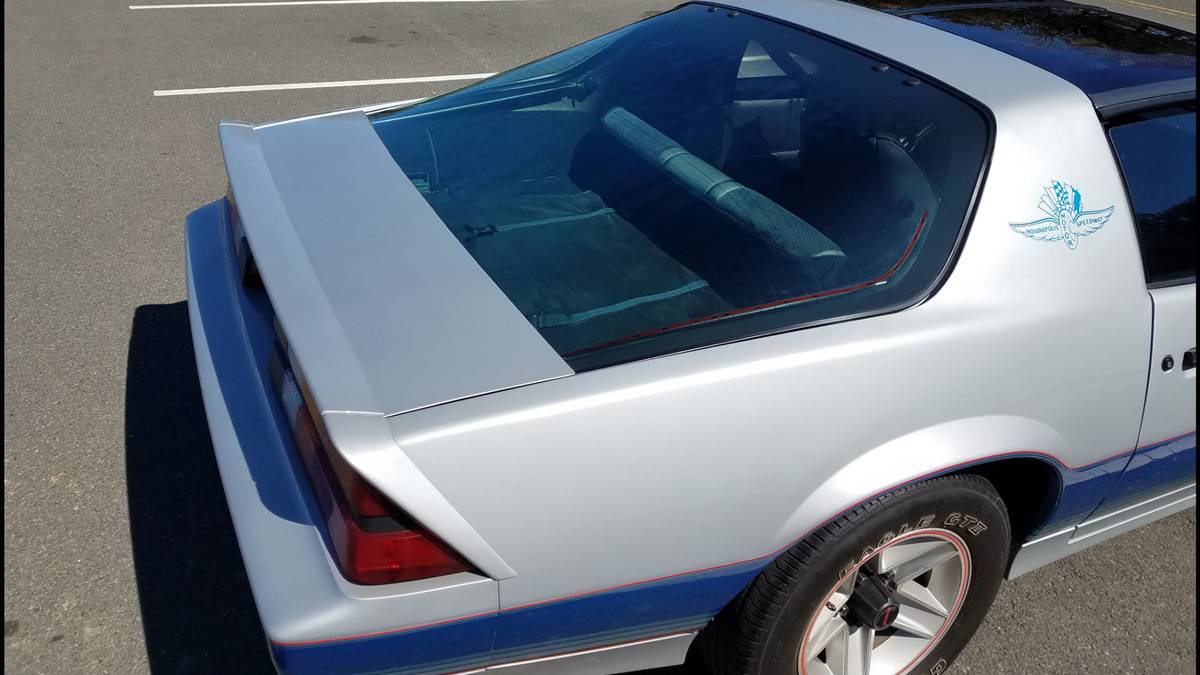 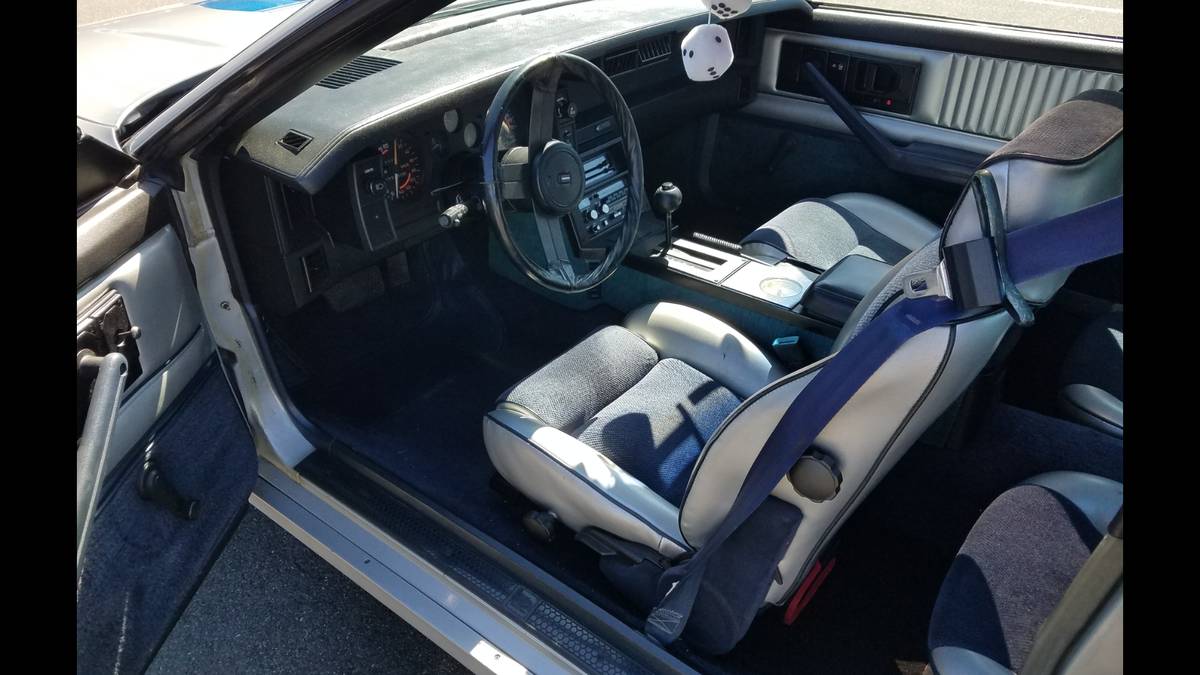 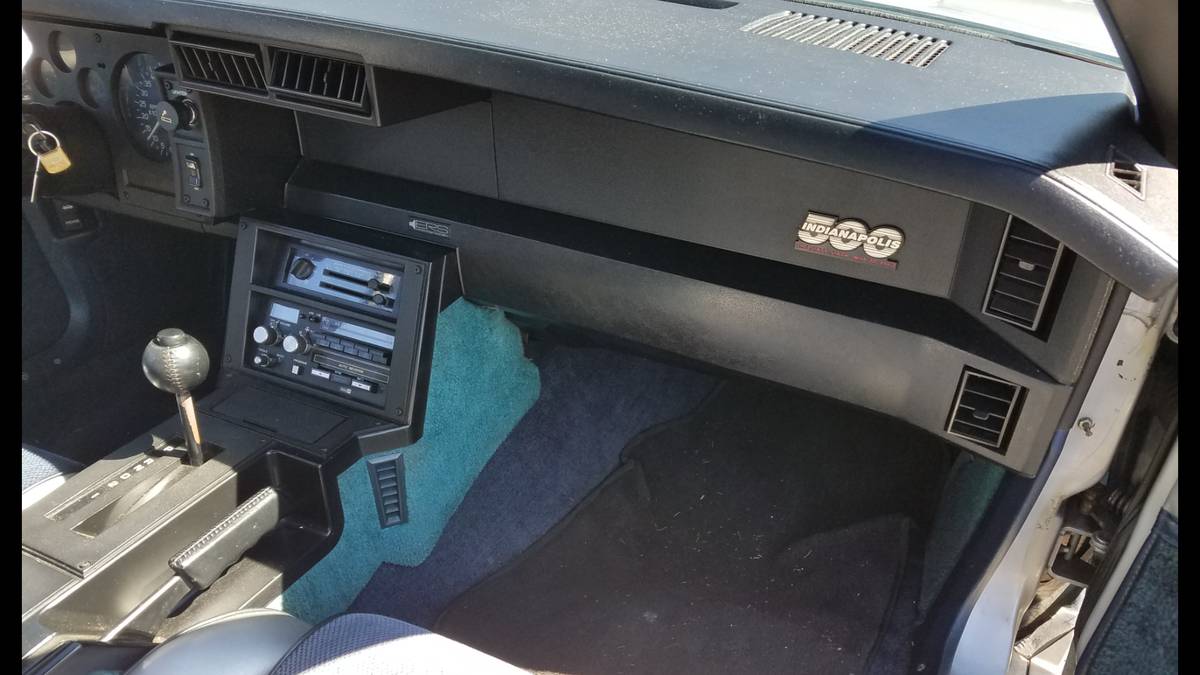 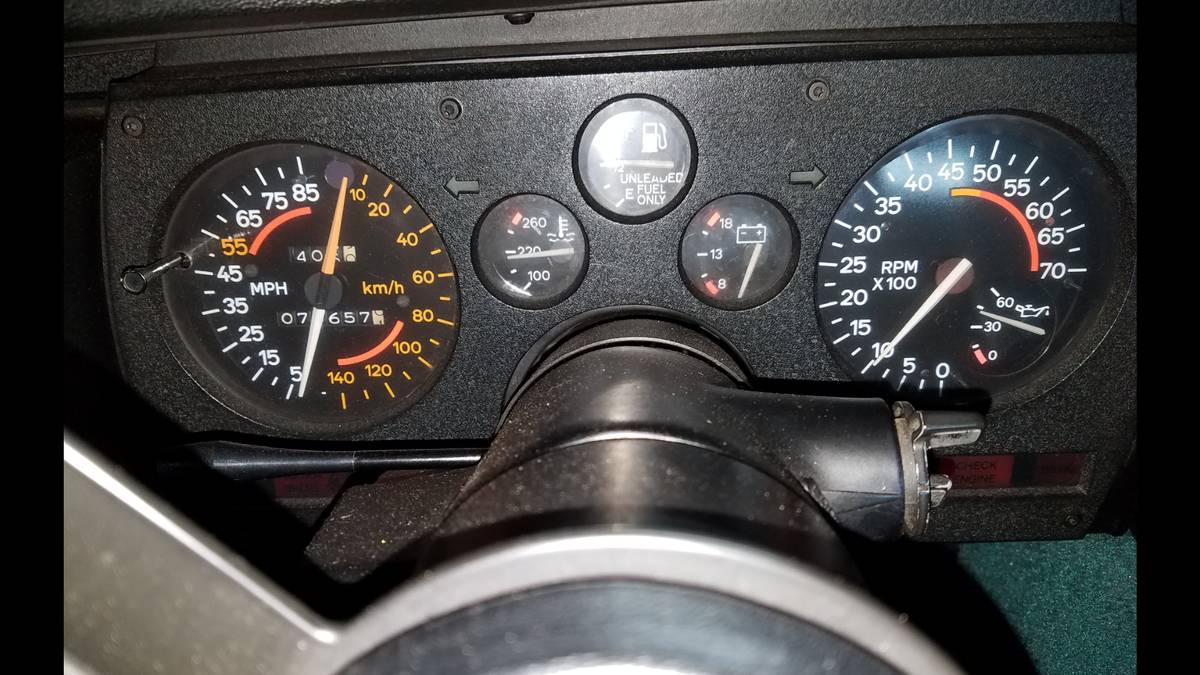 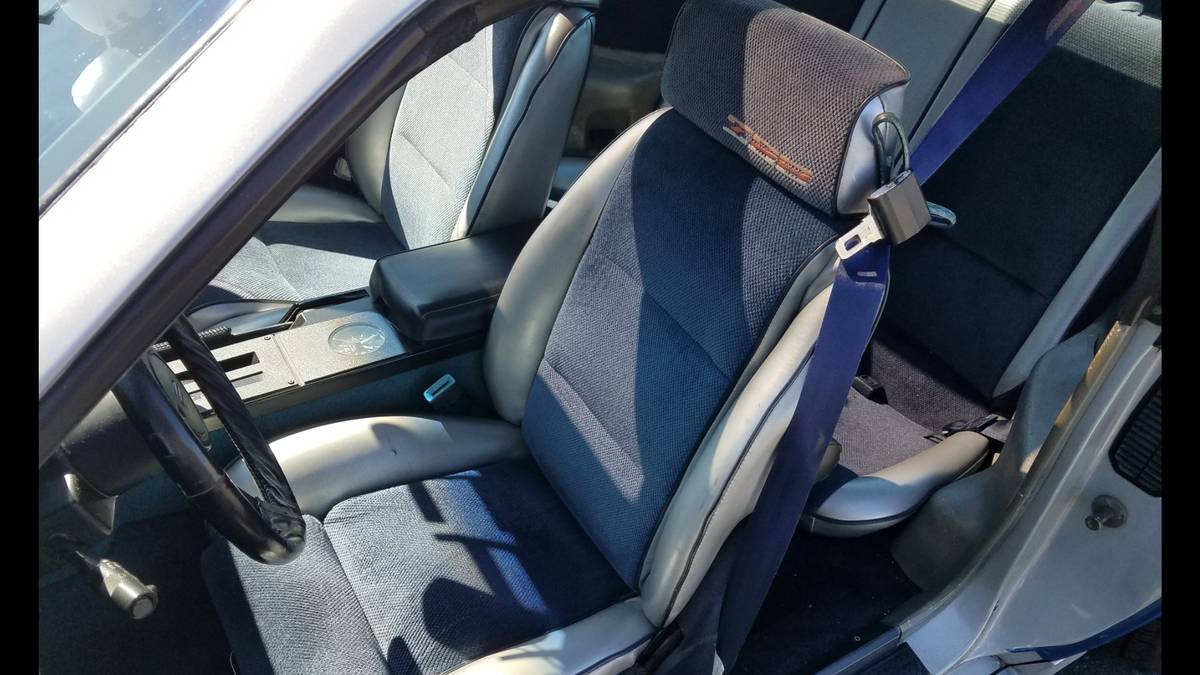 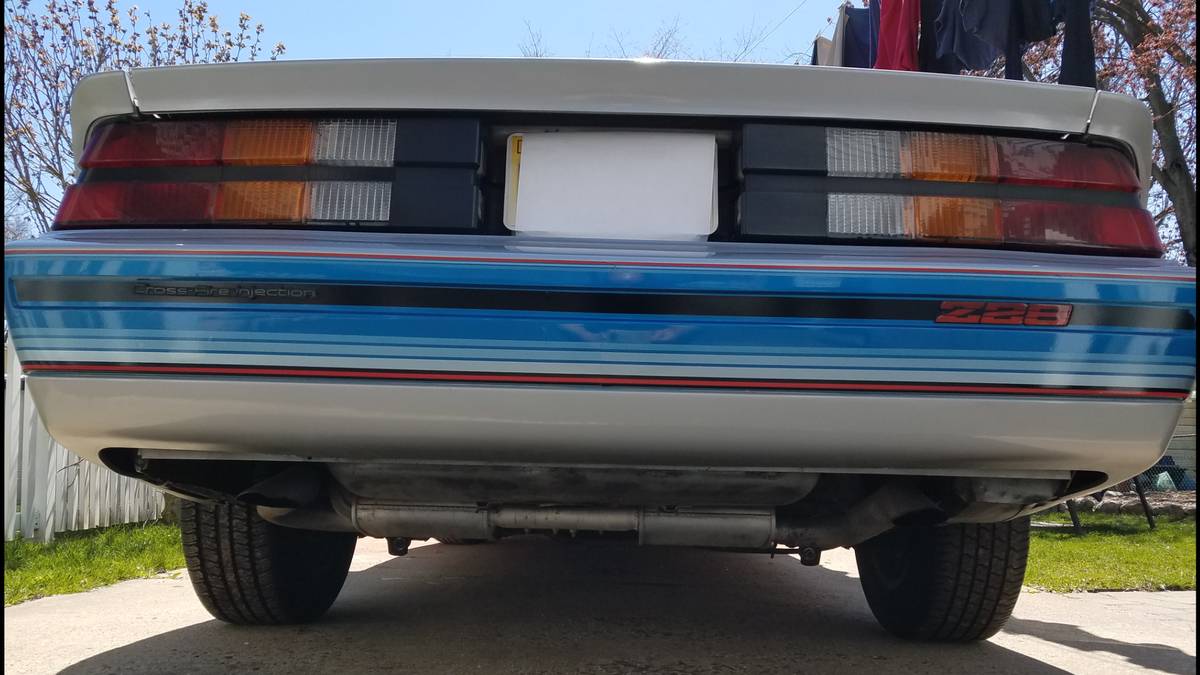 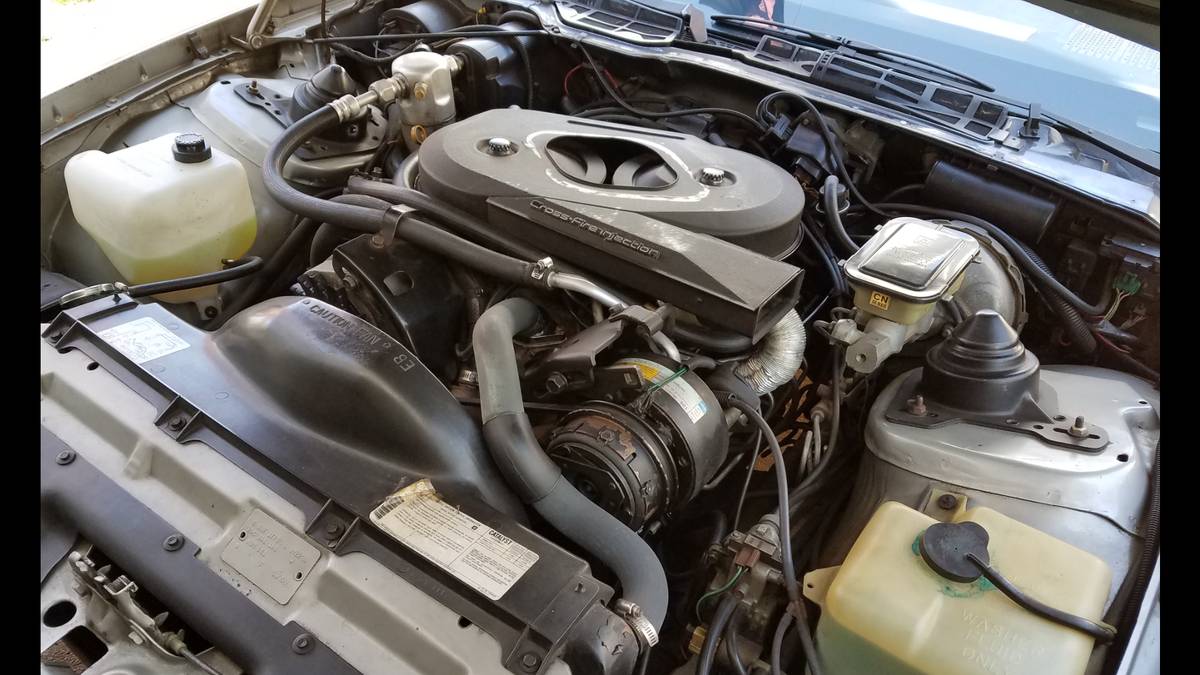 August 22, 2021 Update – we confirmed the latest seller of this ’82 Camaro Pace Car “Classifind” deleted their listing, so we’re now able to call this one “SOLD!” While this one got away, please reach out either by email or call us directly if you’d like to be informed when we come across something similar.

August 9, 2021 Update – The Internet and Guys With Rides never forget. In this case, this 1982 Chevrolet Camaro Pace Car we first featured in the summer of 2020 appeared to have sold by October of that year.  Fast forward to now and when we first came across a fresh listing for the same car, we thought perhaps the seller (who had owned the car at that point for eighteen years) from last year had simply relisted the car again.  Upon closer inspection, however, the change in locations combined with the change out of the factory radio point towards a new seller deciding to sell their Camaro after one year of ownership. Asking $12,000 after likely paying $10,000 just one year ago seems fair as this new owner rebuilt the front suspension and

October 18, 2020 Update – While updating our Malaise Monday database, we confirmed the private seller of this ’82 Camaro Z/28 Pace Car deleted their Craigslist ad, so we’re now able to call this one “Sold!”

September 3, 2020 Update – We just came across a fresh Craigslist post for this 1982 Camaro Pace Car with the asking price remaining at $10,425. We’ve updated the link for the actual ad.

August 14, 2020 Update – While updating our database we discovered the private seller of this 1982 Camaro Pace Car lowered his asking price slightly to $10,425 in the original listing.

If you’re a life-long car enthusiast, chances are good you remember what the “it” new car you wanted to have was when you were a senior in high school.  For me, it was a 1982 Chevrolet Camaro Z28 Indy 500 Pace Car replica such as the well-preserved example originally listed in August 2020 and then relisted by another seller in August 2021 in Milford, New Jersey by the owner of only one year with an asking price of $12,000.   Checking the Hagerty Insurance Online Valuation Tool confirms this private seller has his Z28 priced between this guide’s #3 “Good” estimate of $11,100 and its #2 “Excellent” appraisal of $15,300.

Chevrolet replaced the long-in-the-tooth, twelve-year-old second-generation Camaro with the hatchback third-Generation in December 1981, beginning production on October 12, 1981. The then-modern design Camaro Z28 easily became Motor Trend magazine’s Car of the Year for 1982. Available in either base Sport Coupe, luxury-themed Berlinetta, or the high-performance Z28, 173,000 Camaros were sold in n 1982.  Despite coming standard with a 2.5 Liter “Iron Duke” inline-four and having optional V6 power, over half still opted for the optional 305 cubic inch V8.  The Z28 came standard with the LG4 four-barrel-carburetor topped mill rated at 145 horsepower available with either a four-speed manual or the Turbo Hydra-Matic 200C automatic. While the optional LU5 twin TBI ‘CrossFire Injection’ (305 cu in) with functioning hood scoops bumped the horsepower 165, it was only available with the automatic.  The new Camaro received positive reviews for its styling and handling. While criticized for the low power ratings for the Camaro Z28 at the time, keep in mind the lone engine in the Corvette only produced 200 horsepower.

Z28s included lightweight fiberglass SMC hoods with functional hood air induction flaps on RPO LU5 cars. Z28s also came equipped with a unique nose, a three-piece rear spoiler, and front, side, and rear lower body valances in silver or gold. Just above the valance was a three-color lower body stripe that encircled the car. Headlamp pockets on the Z28 were black. Standard were new 15×7-inch cast-aluminum five-spoke wheels accented with silver or gold. Z28 badges appeared on the right rear bumper and on the side valances. In early models, if the “Conteur” sport seats were selected as an option, the passenger seat was purposefully a mismatched high-back bucket seat design, due to production shortages of the passenger seat.

Here’s Chevrolet’s Sales overview for dealers when they launched the third generation Camaro for the 1982 model year:

The Camaro Z28 was the pace car for the 1982 Indianapolis 500 race, and over 6,000 appearance replicas were sold through Chevrolet dealers. The edition featured special two-tone silver/blue paint and special striping, orange pin-striping on 15-inch Z28 wheels, and a silver/blue interior with six-way Lear-Seigler manually adjustable seating. Engine choices in the pace cars were the same as the regular production Z28. The car that actually paced the event was equipped with a highly modified, all-aluminum 5.7 L V8 that was not available on the replica cars.

We absolutely love how original this first year, third generation Z/28 Pace Car remains.  Yes, there are some signs of minor “Patina” but overall this would be the example I’d pick if I wanted to relive my youth.  If only I could regrow my mullet to go with the car…Good luck with the purchase!

“Up for sale is a 1982 Camaro pace car, turn-key, needs nothing, T TOPS, all original except stereo and the original one is included. new front suspension, rear shocks, AC system, 305 TPI, 350 automatic transmission, a true survivor! 12000 or best offer, Scammers not needed, NO TRADES.”

While this is the seller from last year’s description. This caretaker had owned the car for eighteen years at the time of listing it for sale:

“Always garaged kept and covered. The car has been very well maintained and taken care of. Has never been raced, beat, nor neglected. The TH350 automatic transmission shifts crisp and smooth. Has never been driven in the rain or snow. Only driven occasionally on the weekends or to car shows.
Car has tinted T-tops, roll down windows, cold A/C converted to 134A, AM/FM cassette radio, tilt steering wheel, power steering, power brakes, cruise control, and period-correct radial tires in great shape.
Car has the optional dual throttle body fuel-injected V8, 5.0 liter, LU5 engine which adds 20 additional horsepower.
These cars will only continue to climb in value!
All stock an original, no rust, or dents. I have owned this car since 2002 and won several awards for originality.
Sale includes, original window sticker, $14,545 – owners manual, Indy500 official program catalog from May 30th 1982 and first owners original license plate.

What was the “It” car to have during your senior year of high school?  Comment below and let us know! 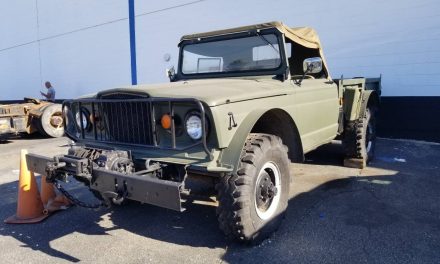 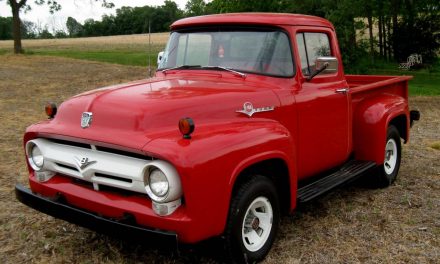 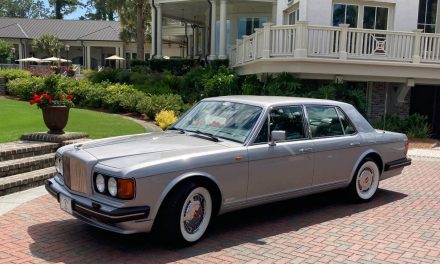 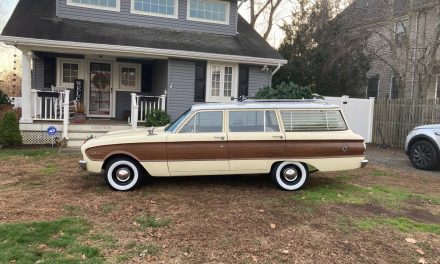