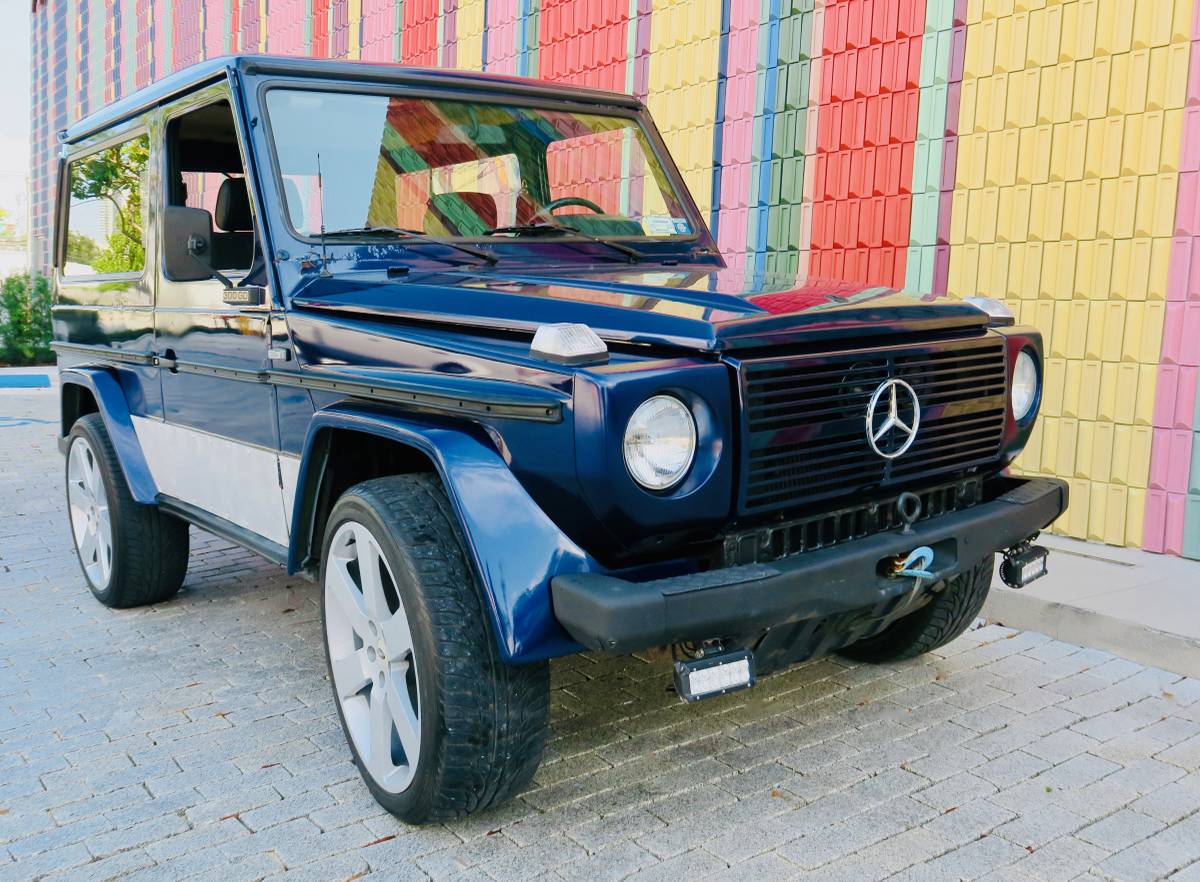 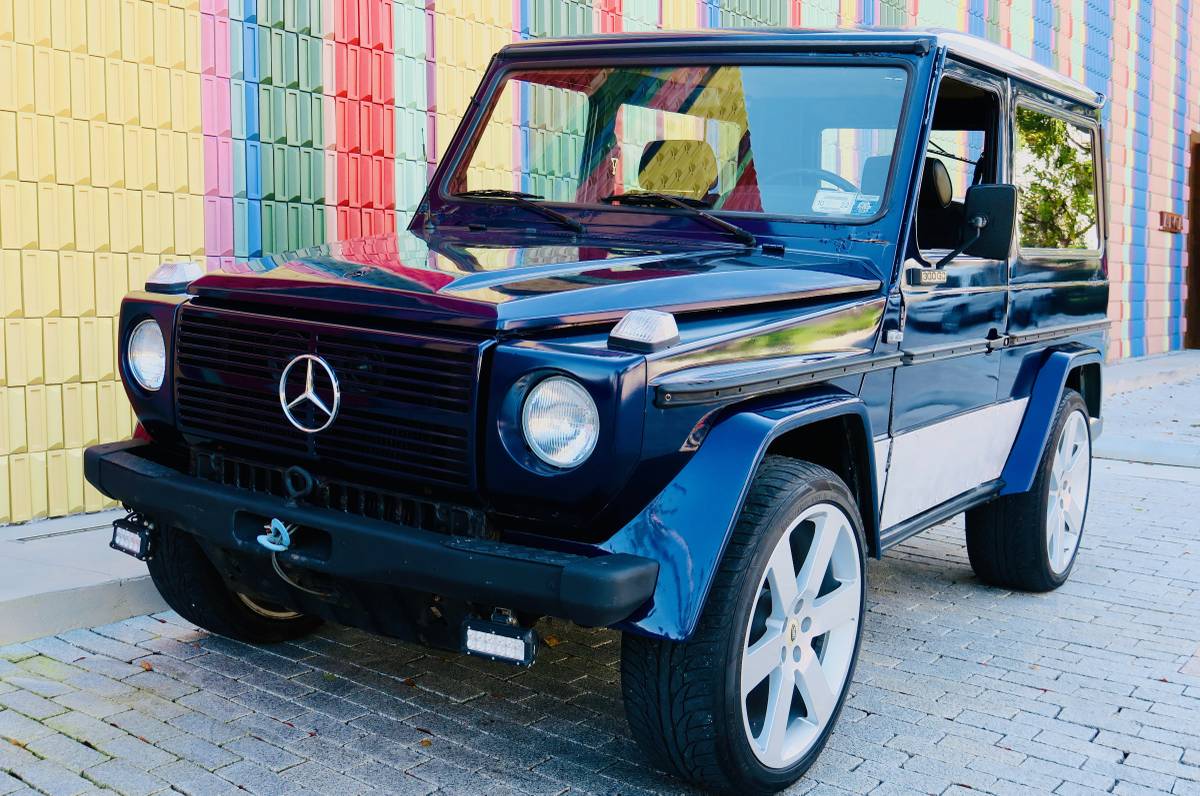 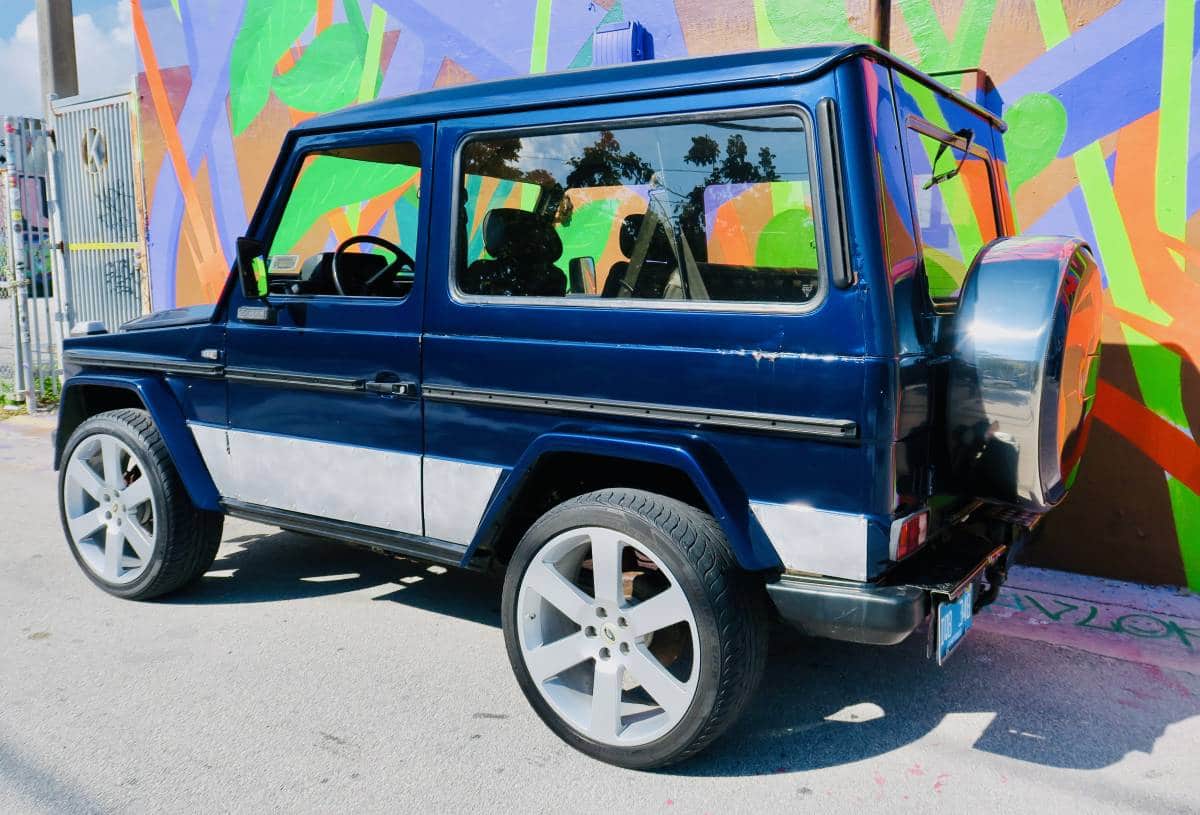 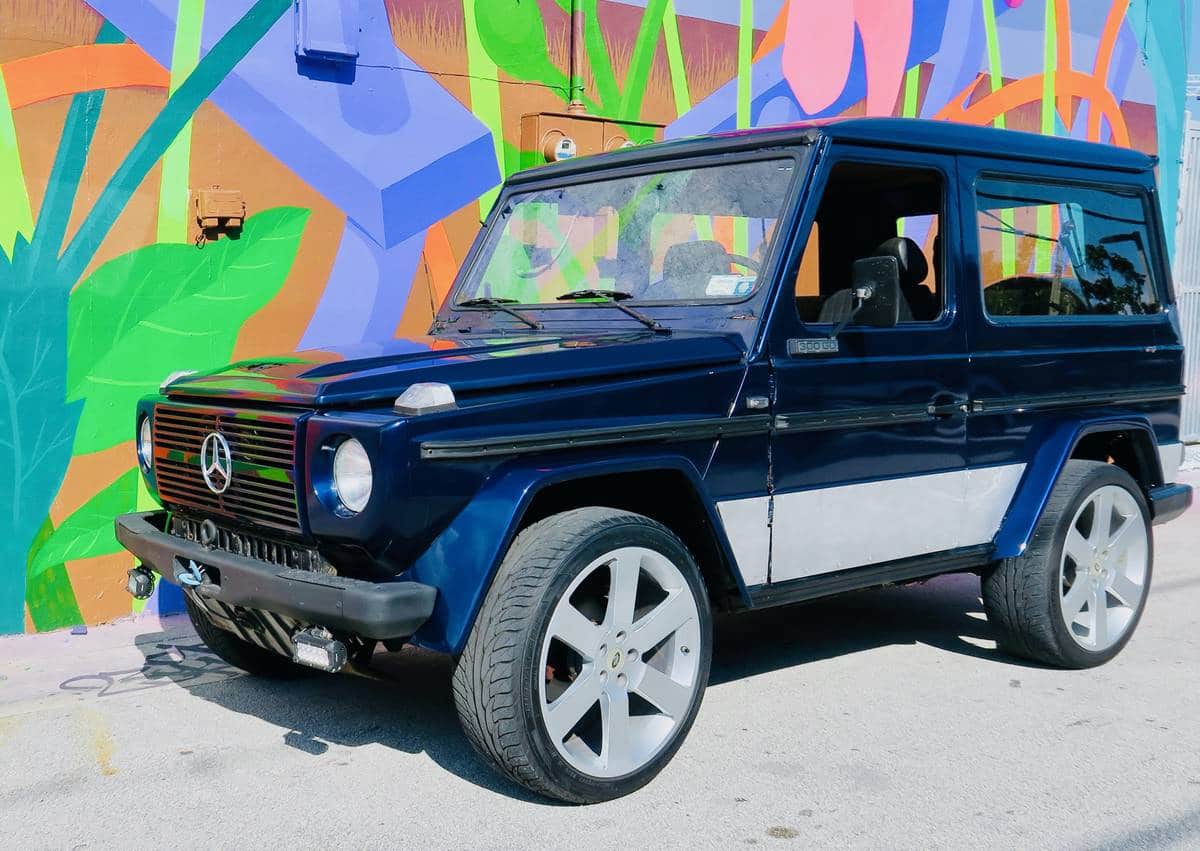 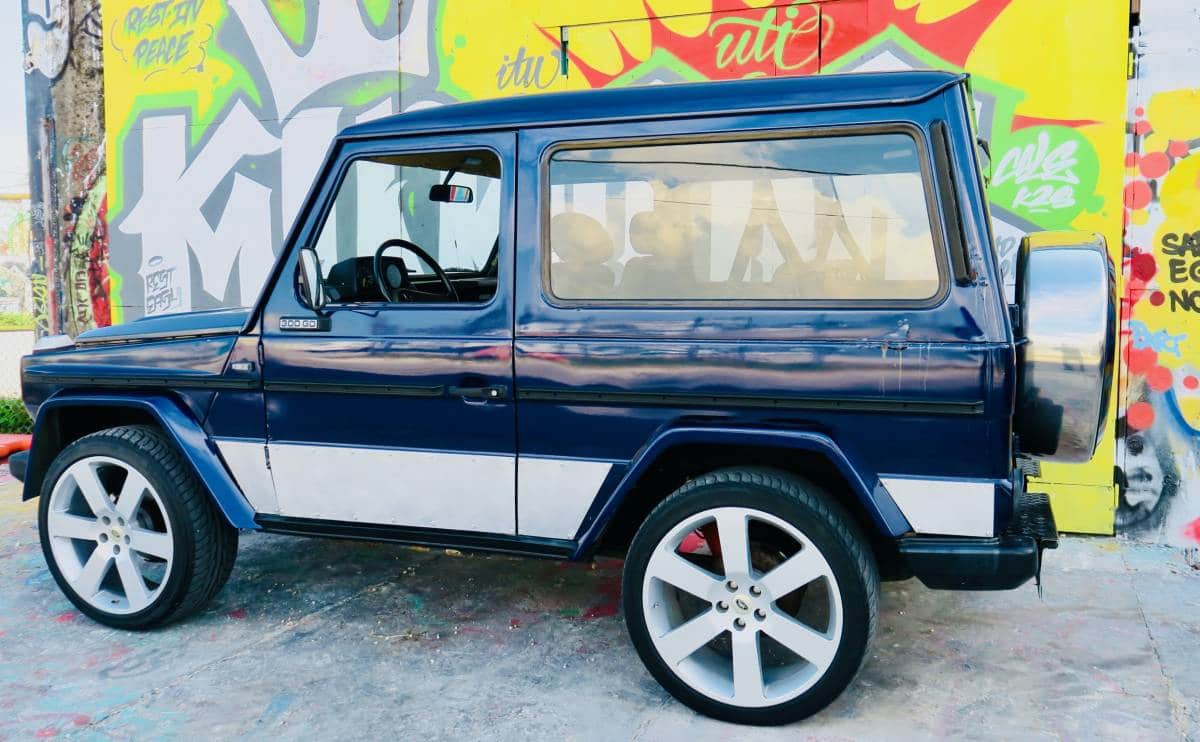 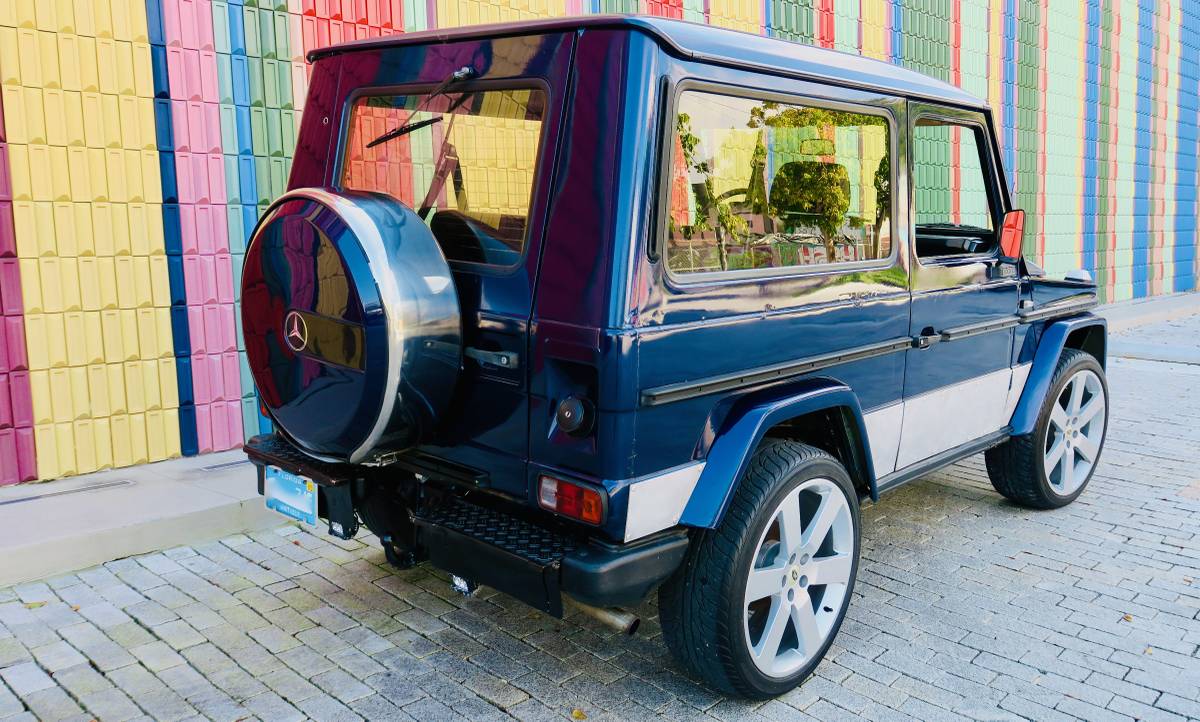 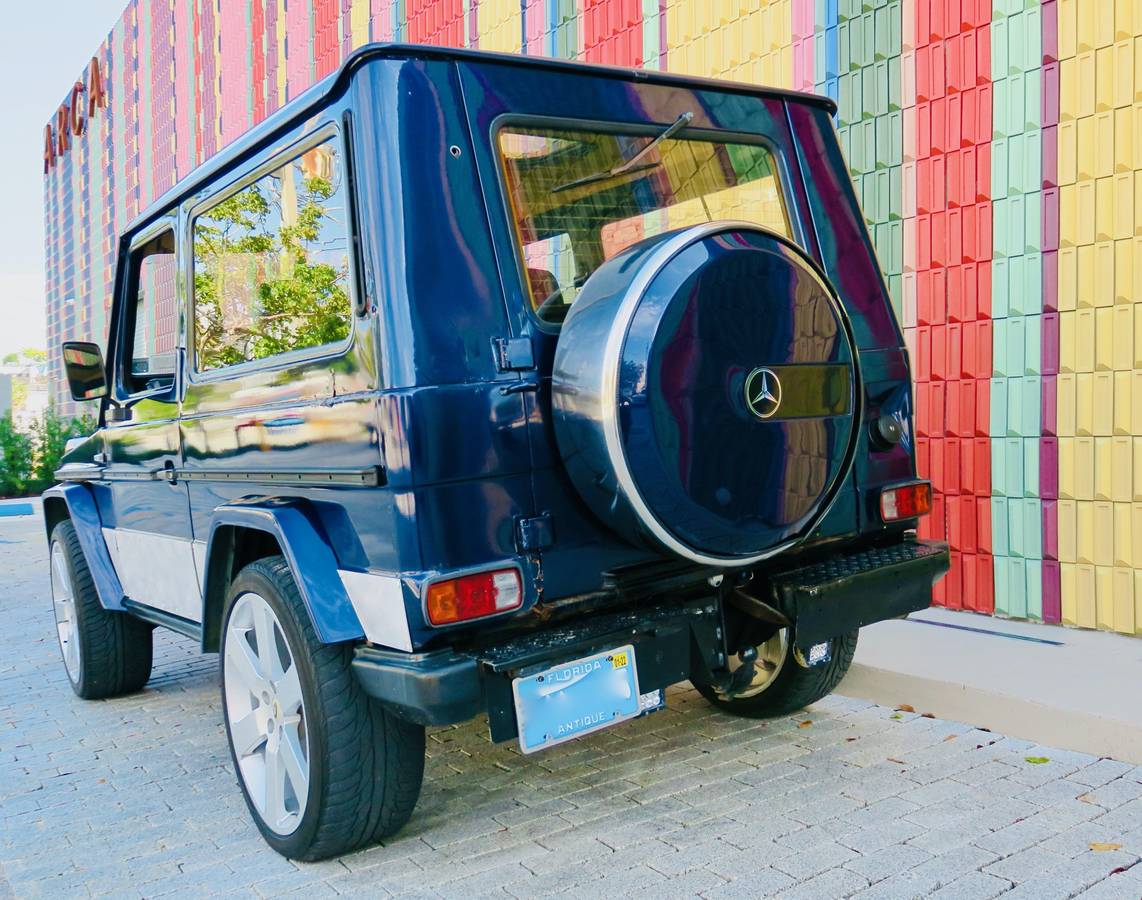 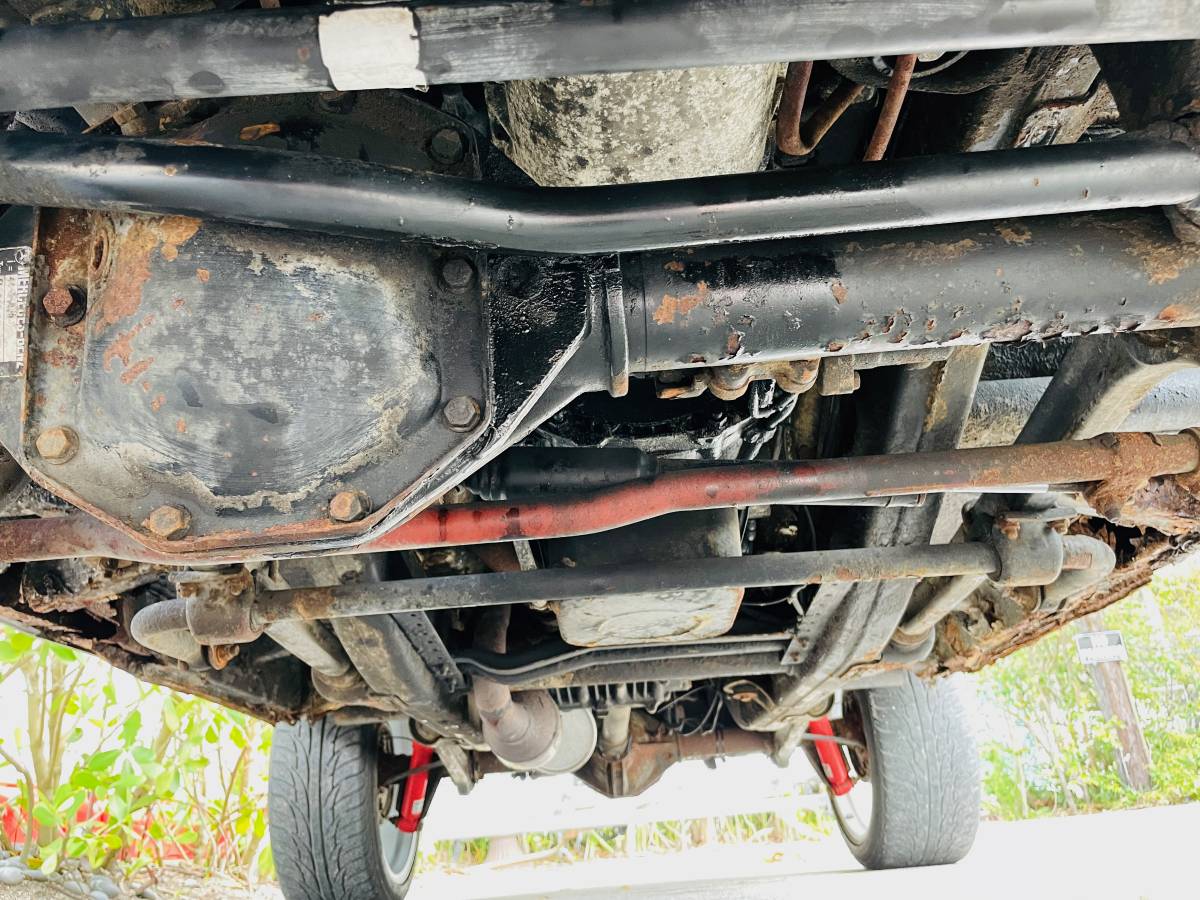 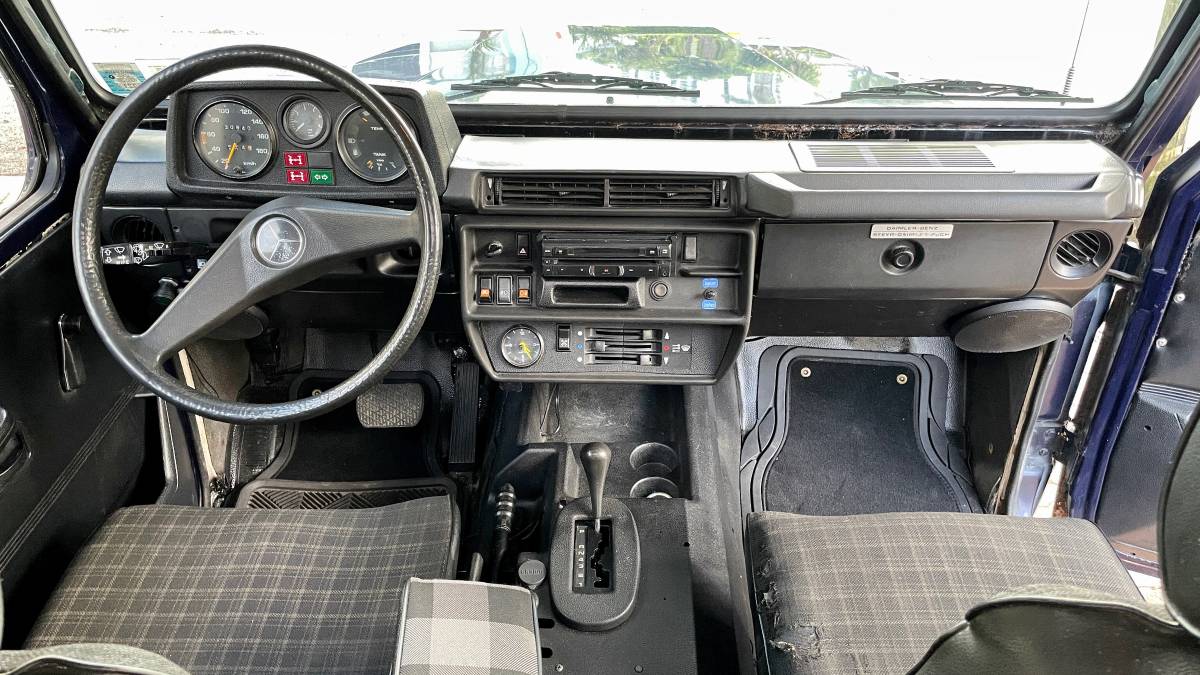 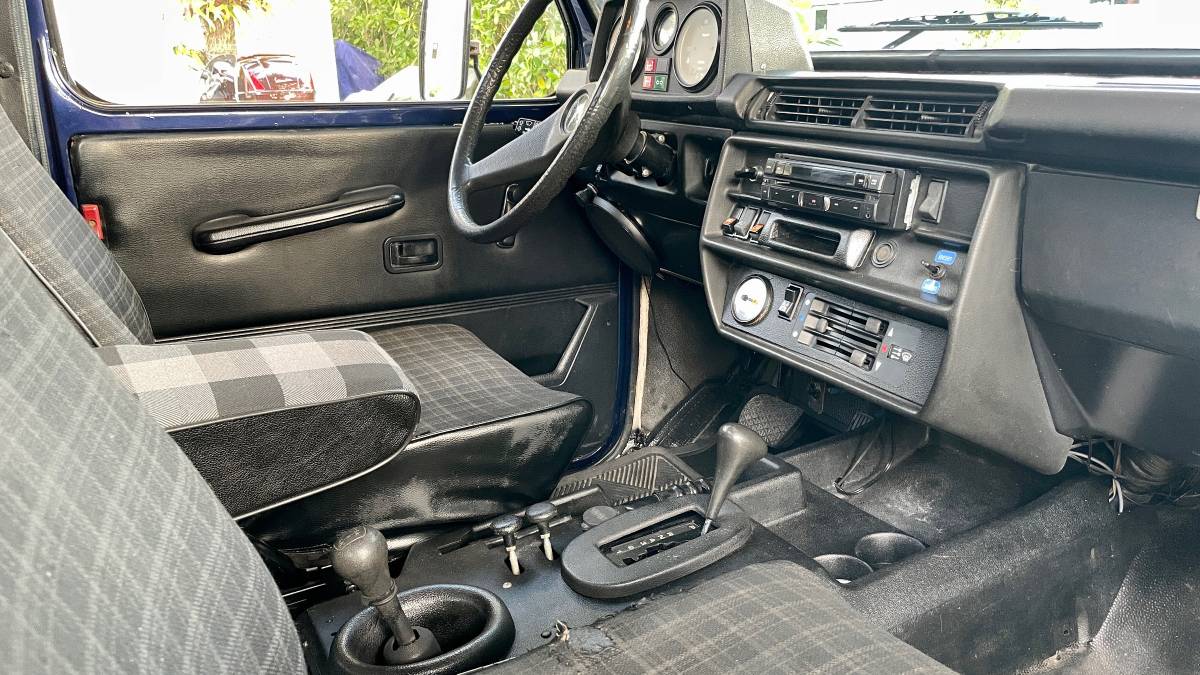 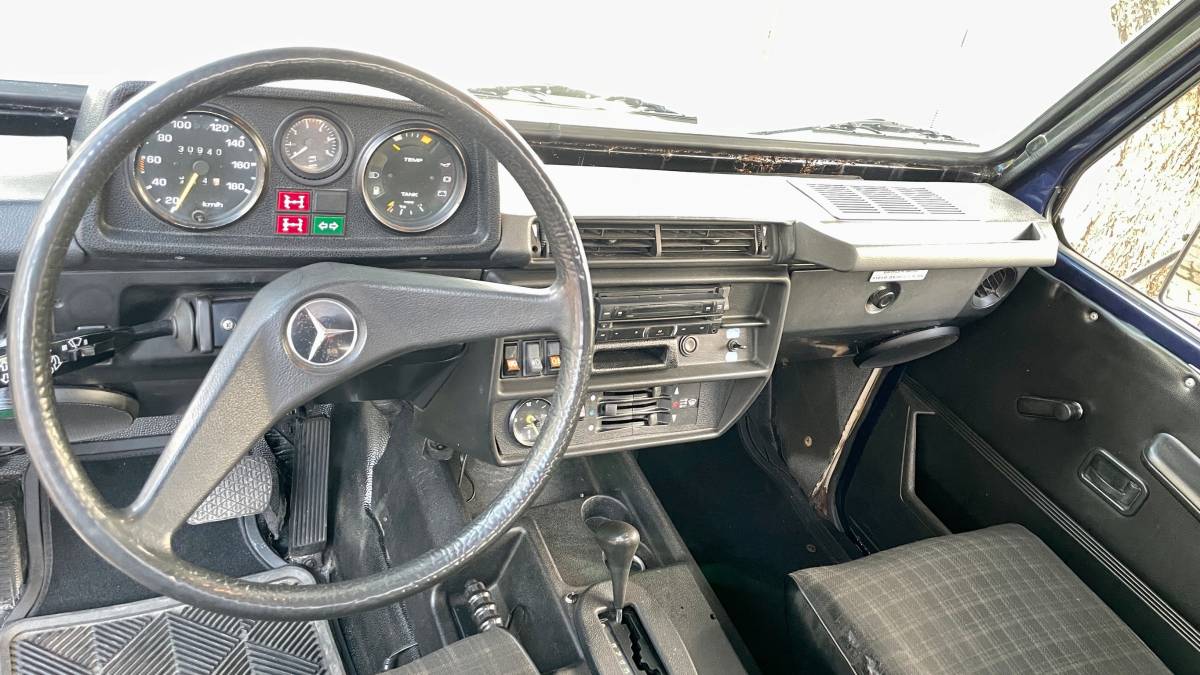 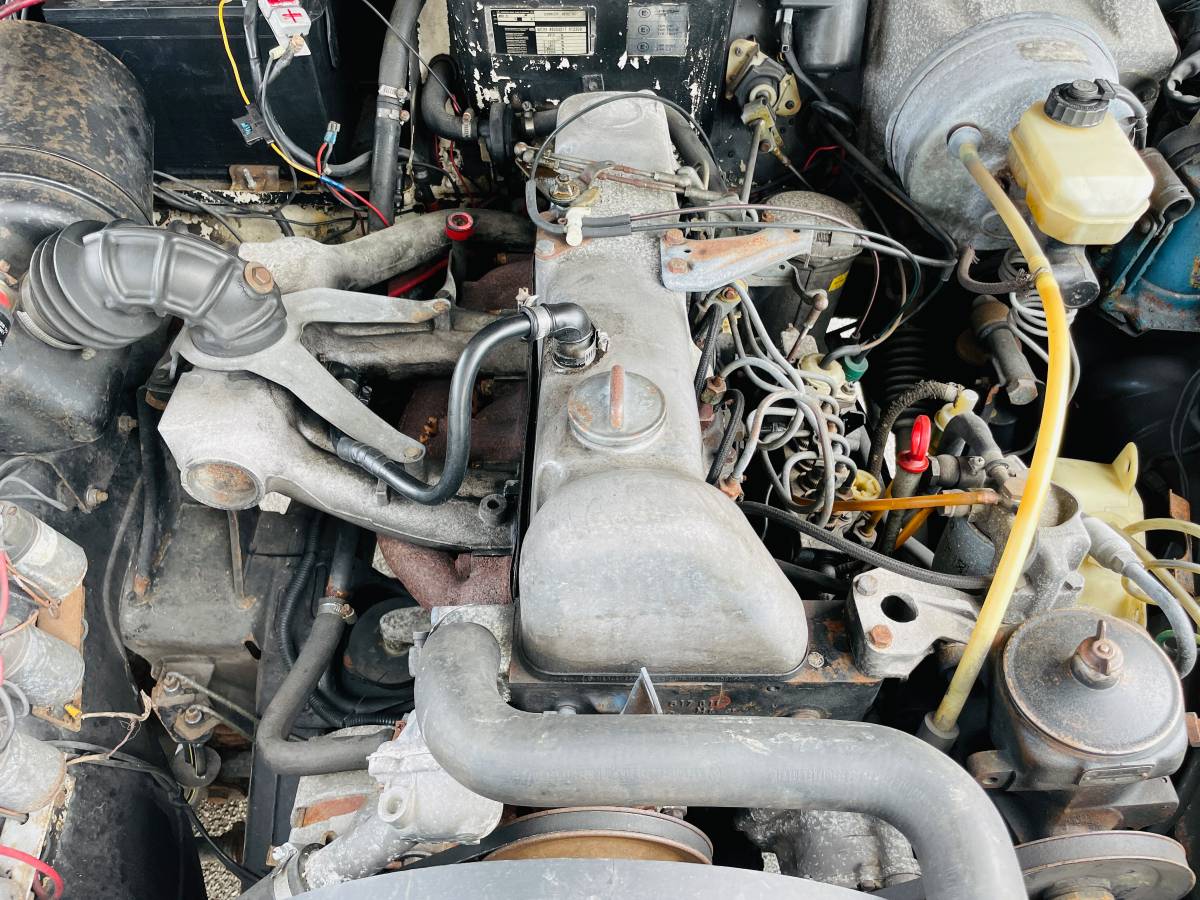 September 20, 2021 Update – We just confirmed the listing for this G-Wagon “Classifind” expired, so with no replacement found we’re assuming this ride “Sold?” While this one got away, please reach out either by email or call us directly if you’d like to be informed when we come across something similar.

The Mercedes-Benz G-Class was once a mystery to U.S. shoppers, a European-only market vehicle not sold stateside. These days, however, Mercedes will happily sell you its incredibly expensive SUV right off the dealer lot, loaded with luxury and horsepower. To save a few bucks, many enthusiasts have resorted to importing gray market examples like this 1981 Mercedes-Benz 300GD originally listed in August 2021 on Craigslist in Miami Beach, Florida with just over 81,000 miles and an asking price of $18,590. Comparing this price against the Hagerty Insurance Online Valuation Tool confirms this private seller has his short wheelbase G-Wagen priced fairly, with an “Excellent” model valued at $35,200 and a “Good” model worth a respectable $18,400. What’s ironic about the flagship Mercedes-Benz SUV is that it’s essentially a warmed-over military vehicle that has about as much sophistication as a rubber mallet. Still, that doesn’t stop A-listers and loaded housewives from making the leap from the pedestrian M-Class to the ultimate in boardwalk bravado, especially when ordered in AMG guise and wearing the G55 badge. But while the perception of the model in the U.S. may be that it’s simply the most expensive SUV in Mercedes’ lineup, the full spectrum of the model range reveals that the original premise of the vehicle is much different than what it morphed into. Barebones and utilitarian, the G class – much like the Unimog before – was an apparatus, a tool of war, with the primary goal of surviving inhospitable terrain – not for strutting in the valet line.

The Old Benz Club YouTube Channel provides great vintage footage of a ’79 GWagen being put through it paces:

The seller’s vehicle is one of the more unusual versions of the classic German 4×4, especially since it was never offered in this configuration stateside. It’s a short wheelbase, two-door hardtop, and is equipped with the enormously reliable and overbuilt 3.0-liter OM617 inline-five diesel engine. Now, like so many other G-Class vehicles, the seller has converted its rugged military-grade specs into something more fashionable, with oversized wheels (that should be removed immediately) and an unusual two-tone paint job featuring navy blue over gray. The seller notes that recent maintenance work has included new rear shocks and mounts, all new brake lines, an oil and filter change and replacement of the gear oil. I’d throw on some OEM steel wheels and knobbier tires but otherwise leave it alone. Would you convert it back to stock condition or leave it as-is with its custom wheels?

“This 1981 Mercedes-Benz 300GD is a European-market two-door example that was imported to the United States by the previous owner to New York and now has a clean Florida registration. During prior ownership the truck was refinished in its factory blue over patterned cloth, and power is supplied by a 3.0-liter diesel inline-five mated to a four-speed (smooth) Automatic transmission and equipped with a two-speed transfer case and a locking rear differential. Equipment includes a heater, a new stereo, a trailer hitch, and 22″ custom wheels. This W460 is now offered by the seller with a clean Florida title.VDO instrumentation including a 160-km/h speedometer and a combination gauge with fuel level and coolant-temperature readouts. 130,922k kilometers (~81,351 miles) are shown on the five-digit odometer, with total mileage unknown. The diesel 3.0-liter OM617 inline-five sends power to all four wheels through a four-speed Automatic transmission and a dual-range transfer case with a rear locking differential. The seller states that maintenance performed in 2019-2020 included new rear shocks and mounts, all new brake lines, an oil and filter change and replacement of the gear oil. This 300GD is so much fun to run around and go to the beach but will out climb my Range Rover all day. It looks good but has plenty of rust under the surface.“