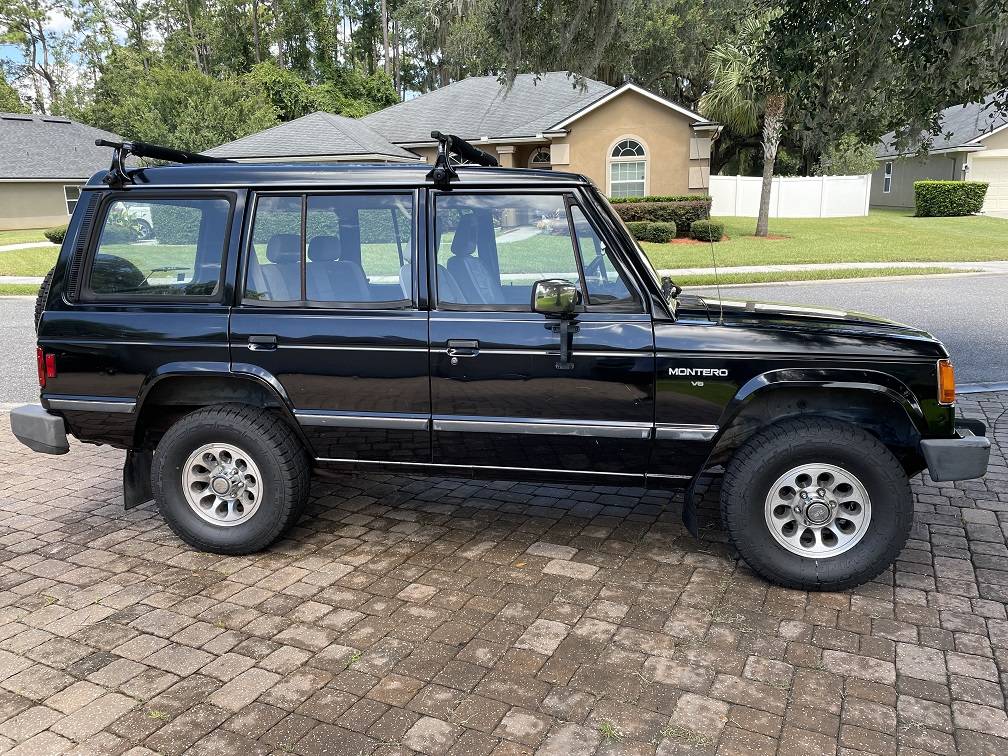 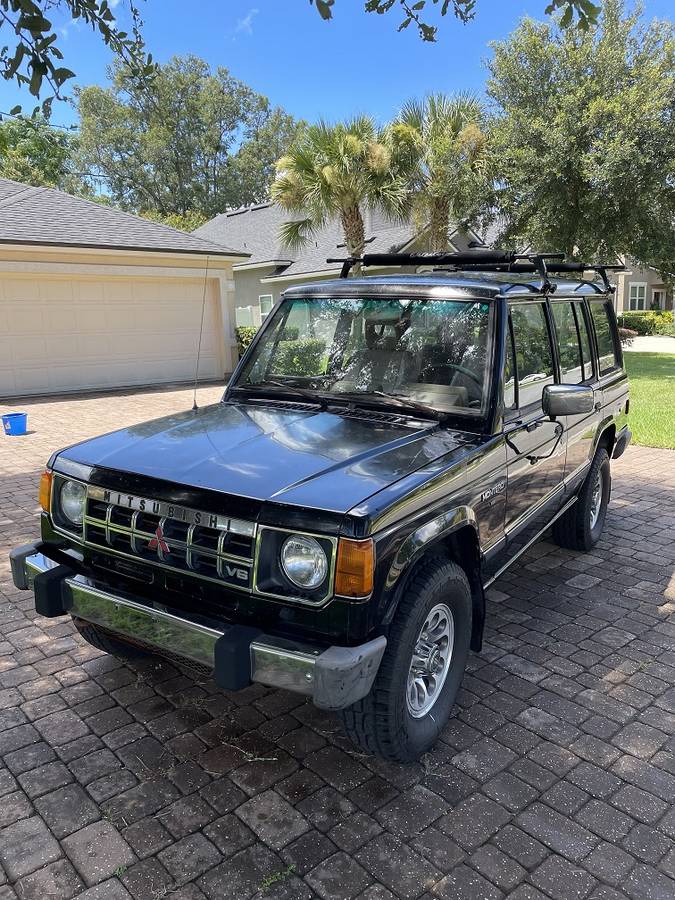 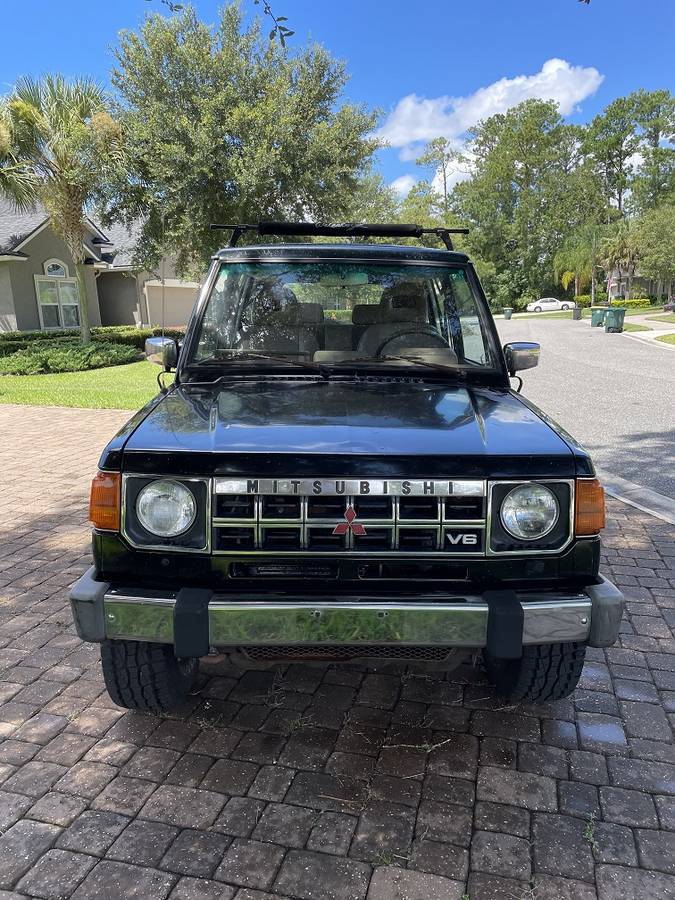 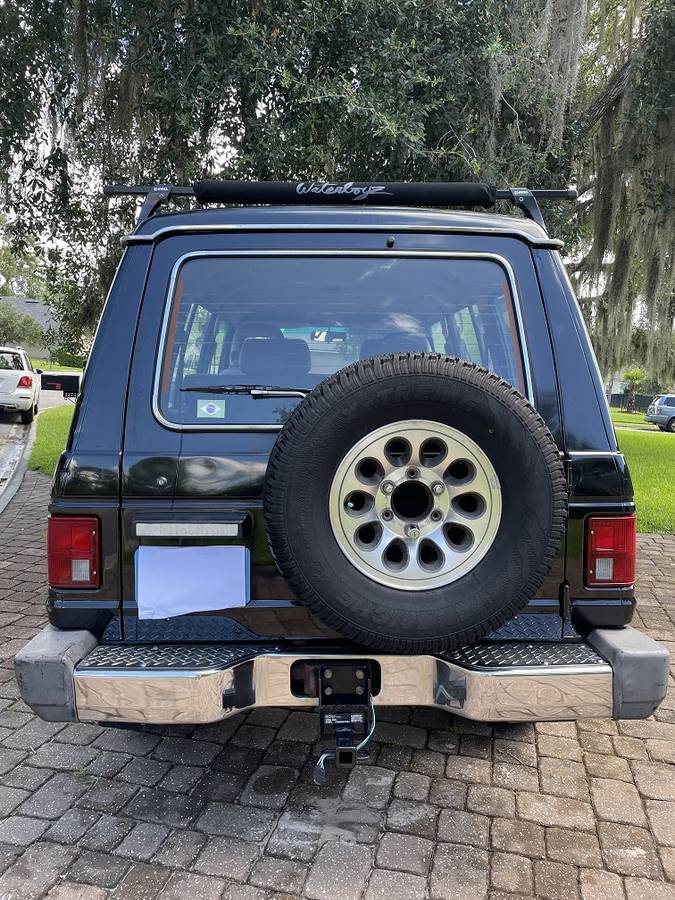 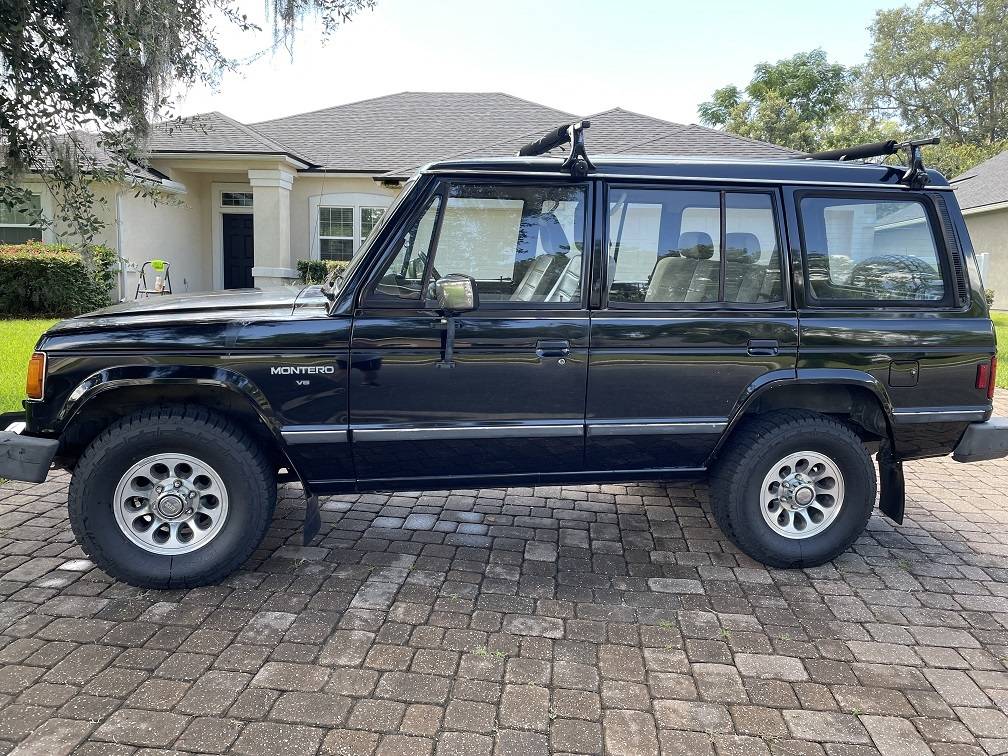 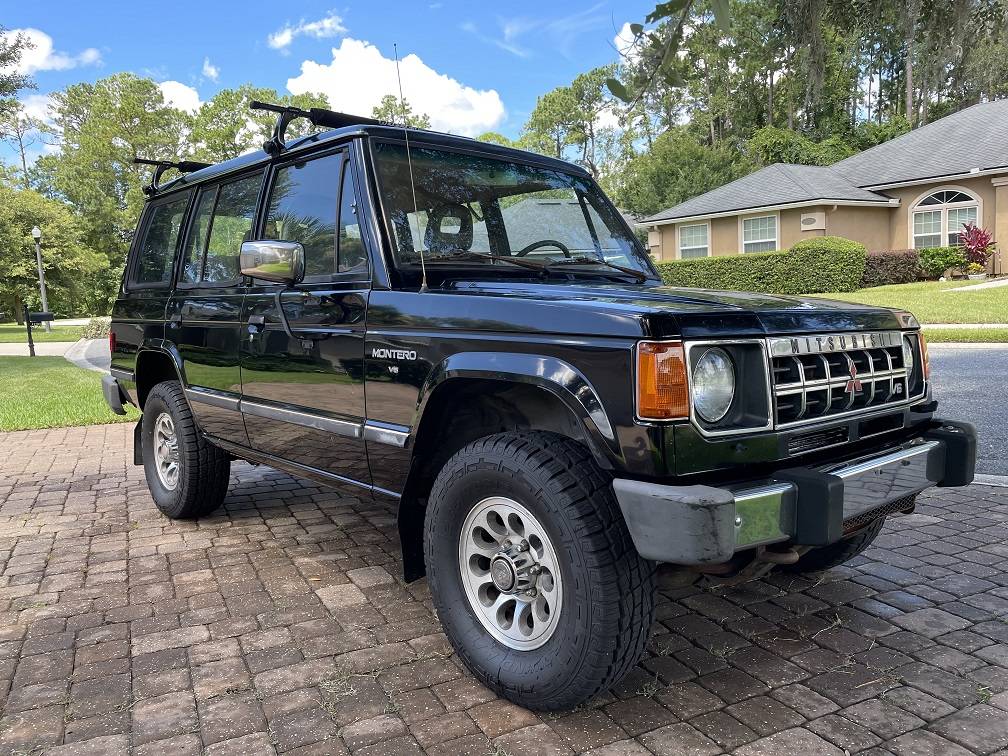 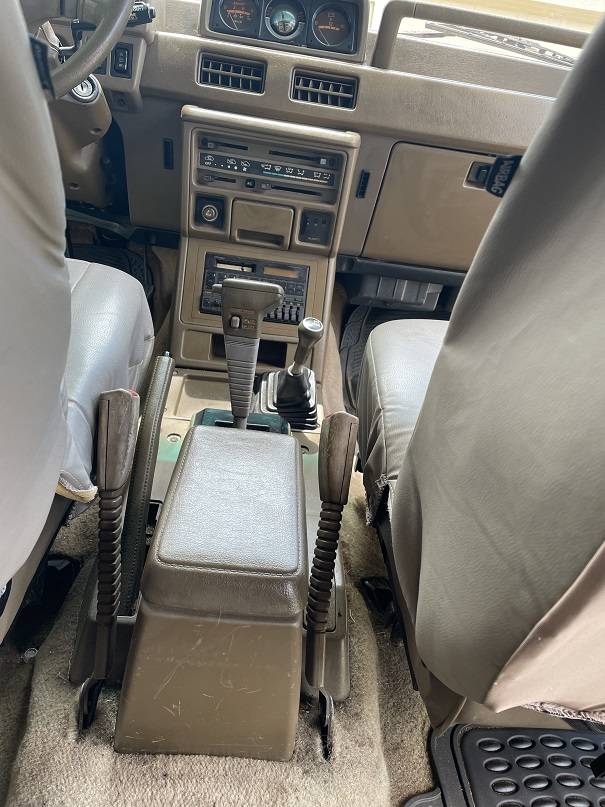 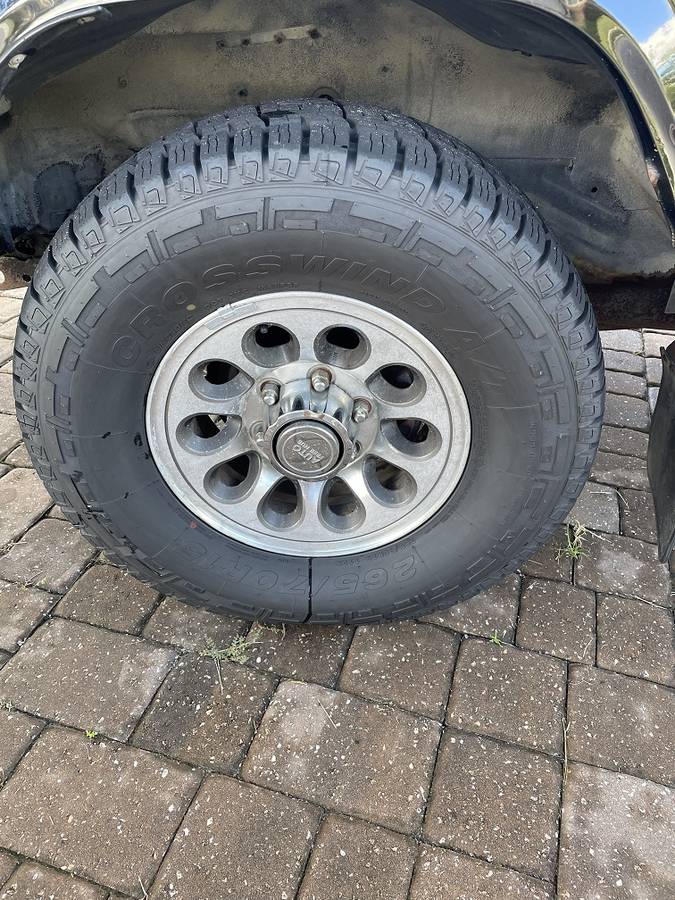 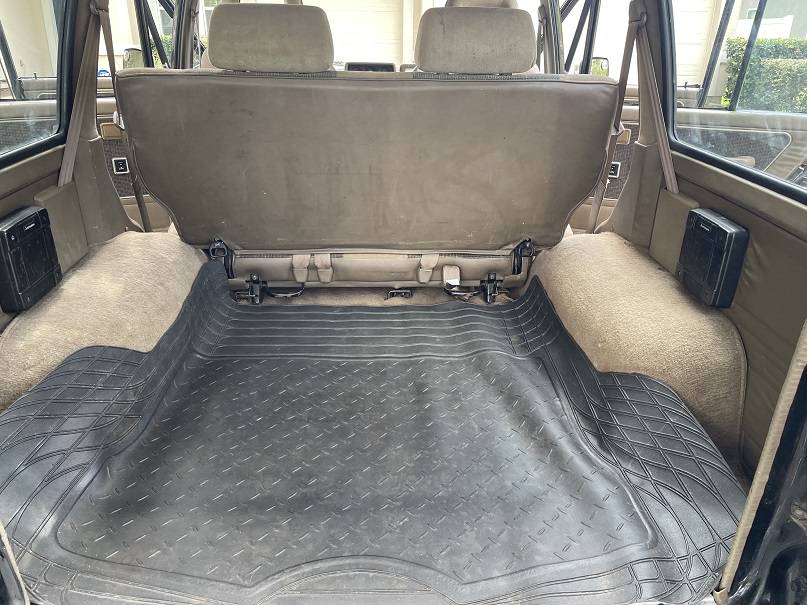 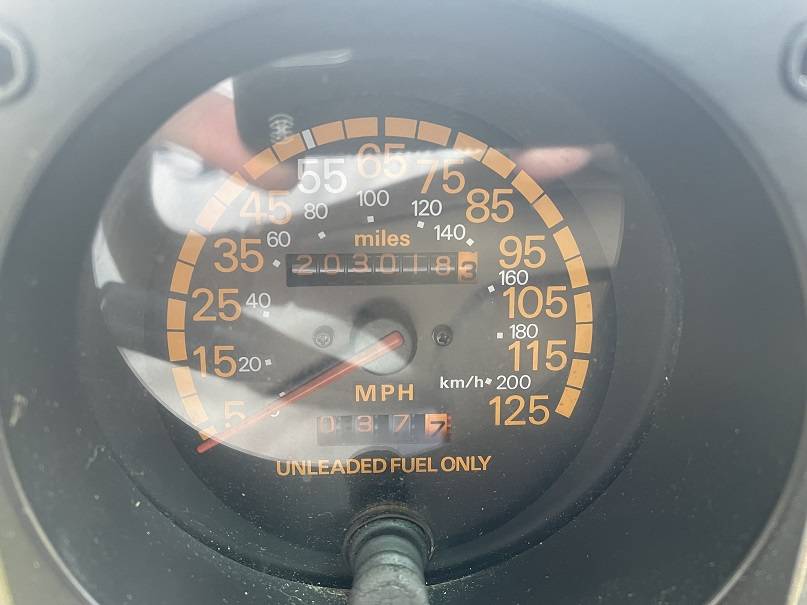 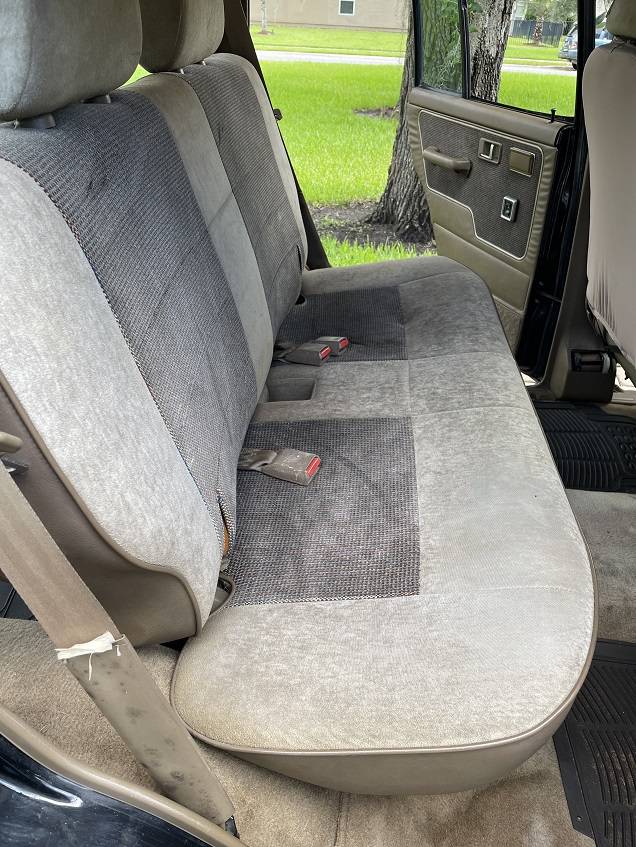 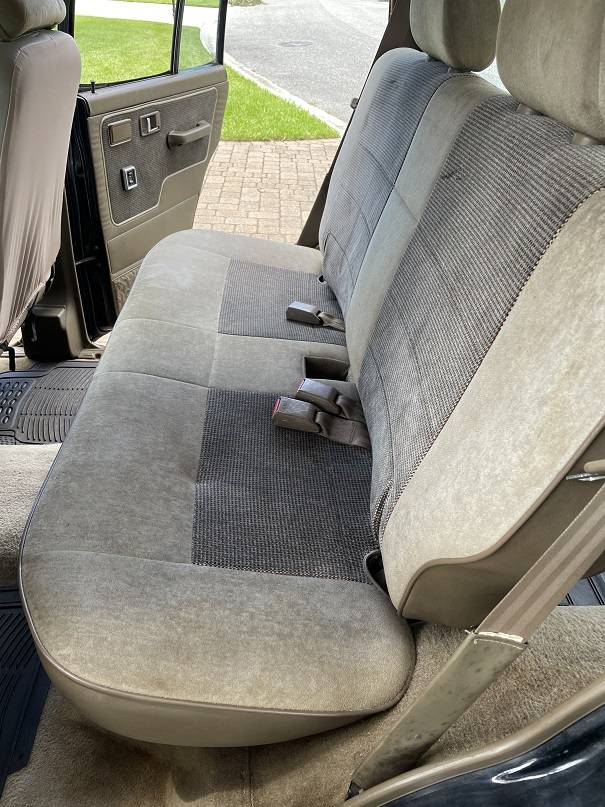 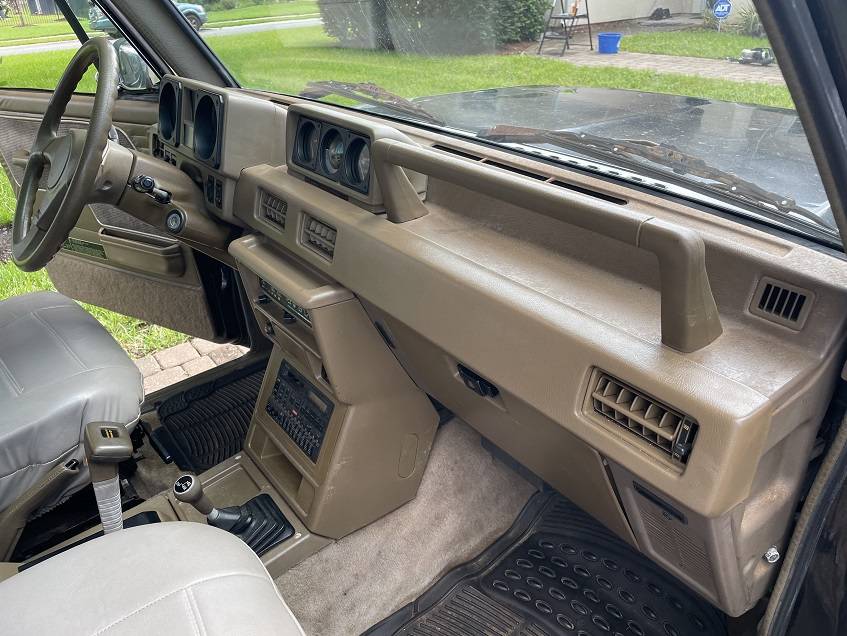 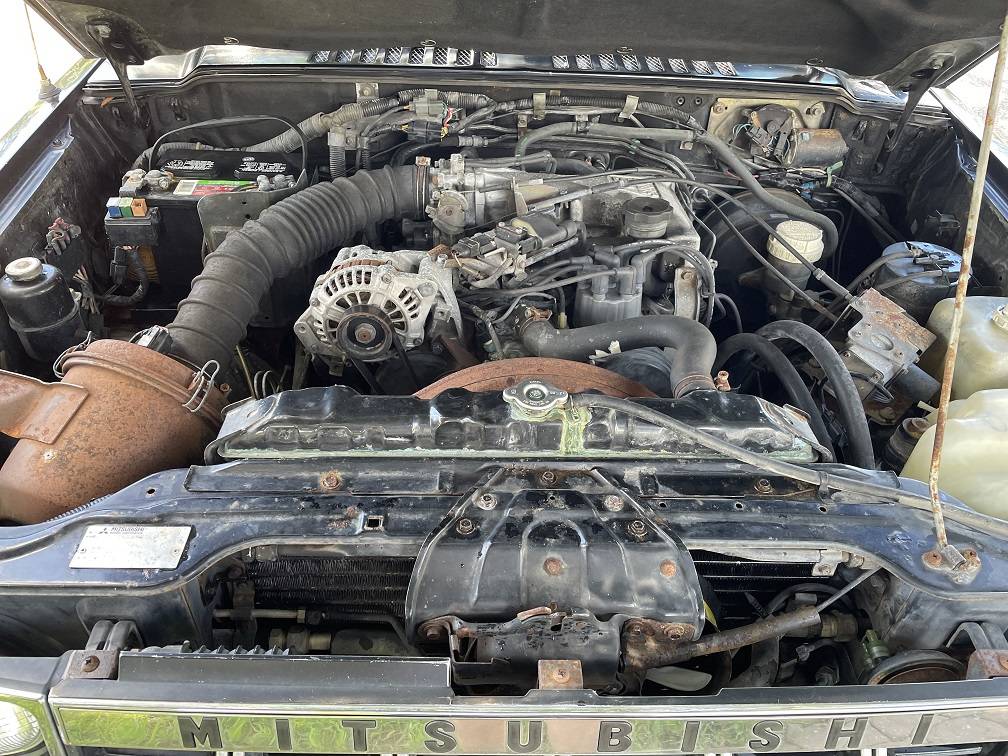 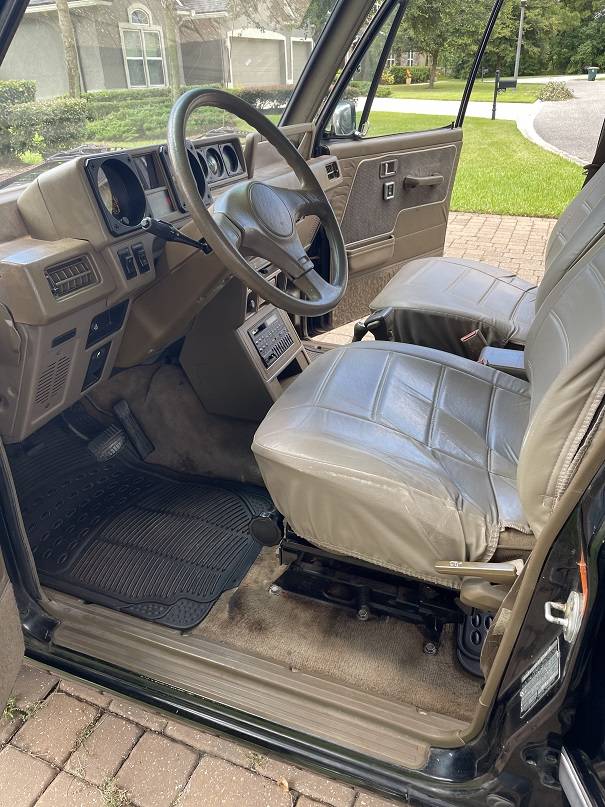 August 23, 2021 Update – We confirmed the seller of this “Classifind” deleted their listing, so we’re now able to call this one “SOLD!” While this one got away, please reach out either by email or call us directly if you’d like to be informed when we come across something similar.

Today, Mitsubishi barely exists in the domestic marketplace aside from some cross-over vehicles and hybrids. The shame of it is the company actually did produce some home runs at its peak but never found a way to bottle up that magic from one generation to the next. In addition to turbocharged hot hatches, the company was also known for supremely capable four-wheel-drives, like this 1989 Montero four-door listed in August 2021 on Craigslist in Jacksonville, Florida with lots of recent maintenance and mileage of just over 203,000 and an asking price of $7,000. Comparing this price against the NADA Price Guide shows us some pricing models haven’t caught up to the rarity of these early SUVs, as the “High” retail is listed as $3,500; the seller maybe a touch high, but it’s certainly worth more than the NADA listing.

The Montero is otherwise known as the Pajero overseas, and the beauty of the model is that Mitsubishi didn’t change the recipe when it was brought stateside – aside from the range of configurations. Not unlike other forbidden fruit like the Mercedes-Benz G-Wagen, the Pajero could be had in a variety of wheelbases and drivetrains across Europe and Asia. The Montero was shrunk down to a compact two-door model in the states in the late 1980s, known by the same name in Mitsubishi guise and as the Dodge Raider in the Mopar-owned version, but that was it aside from the full-size SUV like the seller’s vehicle. You could also get a diesel engine option overseas, but only the gasoline-powered engines came stateside. Still, the Montero has impressive off-road chops out of the box, and nifty features like a set of auxiliary gauges on the dash that included an altimeter.

These days, it’s incredibly rare to find a first-generation Montero on your local classifieds pages, especially in four-door form. Like its competitor the Isuzu Trooper, these early models have all but disappeared from the marketplace. The second-generation model is still reasonably easy to find, but for how much longer? While the mileage is high on the seller’s truck, it’s a good sign that someone has been reliably using it for some time. Recent maintenance parts and projects include a new windshield, brakes, Skyjacker Hydro 7000 shocks all around, tires and spare, as well as a new A/C compressor and clutch, all new belts, fan blade, ball joints, and battery. While the price is a touch high for even a rare survivor like this, I doubt it will last long given how few of these are still on the road.

“1989 Mitsubishi Montero 4×4 3.0l V-6. This Montero is in excellent condition for a 32-year-old vehicle. These are getting harder to find, especially in this condition. I purchased the vehicle in 2017 and the only reason I am selling is that I need money to put down on a new house. Everything works. 4×4 shifts smooth and works excellent in low and high. The body has a few dings here and there but no rust. There is one spot on the hood, driver’s side where something was spilled on the paint (Had this spot when I bought the vehicle). Since I purchased it I have spent well over $4000 in new parts/labor and making sure it is in good condition. There are no oil leaks with this vehicle. Some of the things I have had done are: New windshield, new brakes, new Skyjacker Hydro 7000 shocks all around, new tires & spare (less than 500 miles), new A/C compressor and clutch, all new belts, new timing belt, new fan blade, new ball joints, new battery, new roof rack (for surfboards). This is a true survivor and not many like this are still around. I get a lot of compliments everywhere I go in it. If you are familiar with these first-generation Monteros you know these are some of the toughest 4x4s to come out of Japan. This won’t last long!“