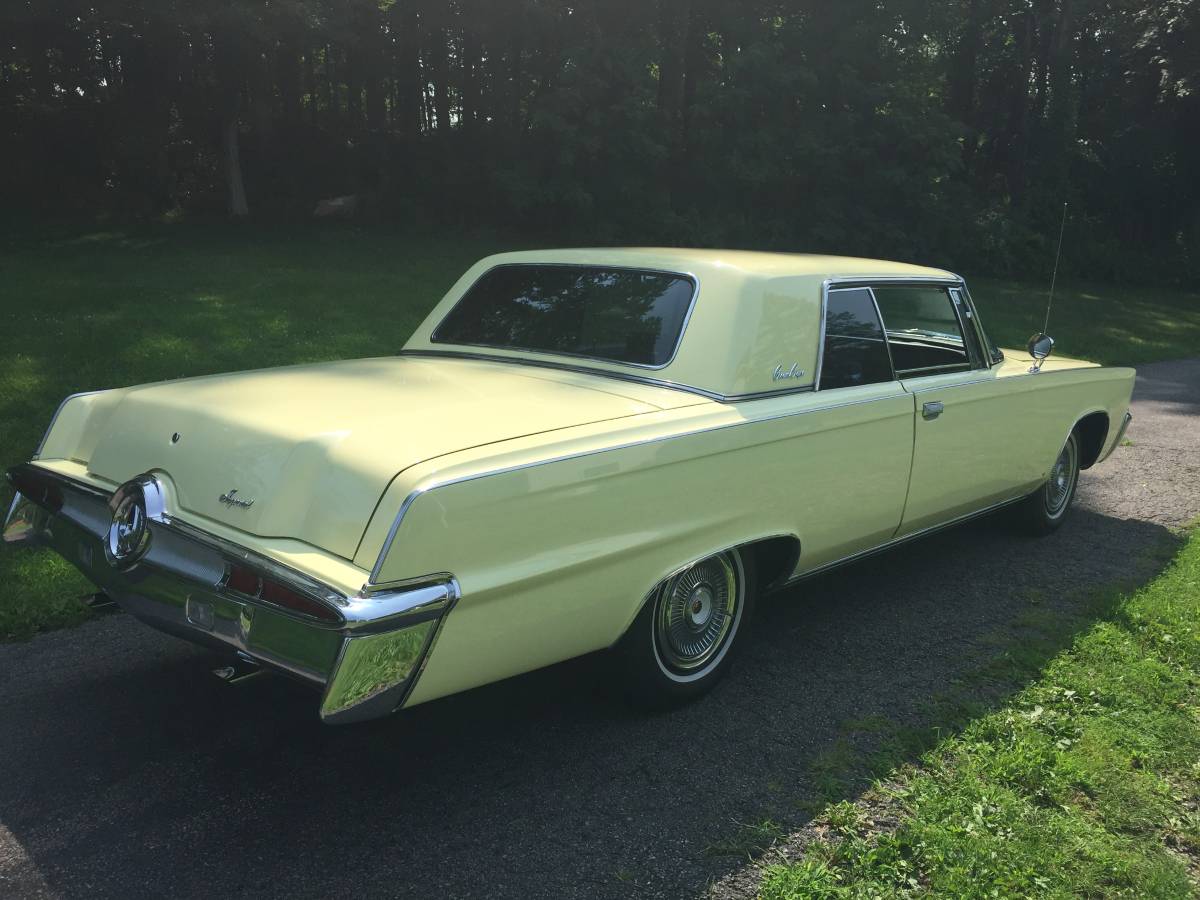 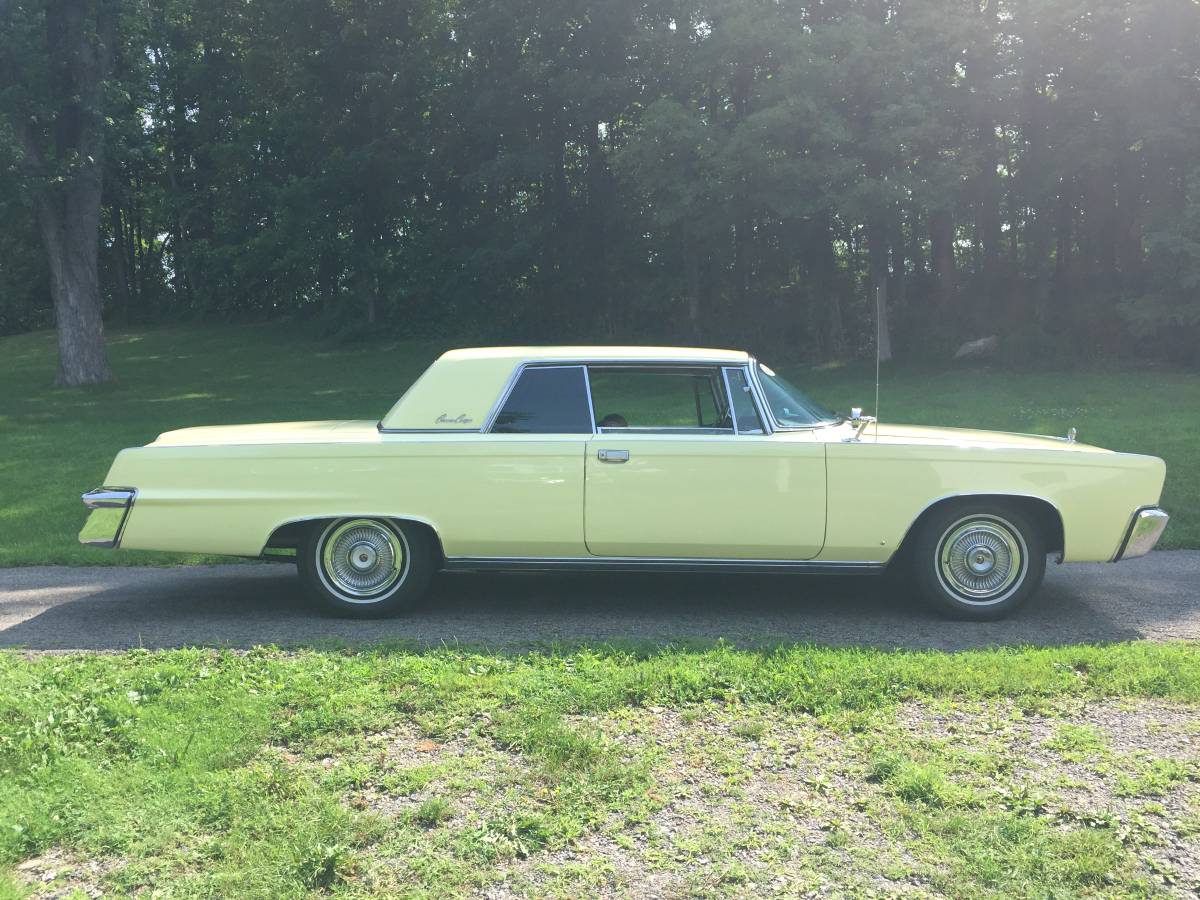 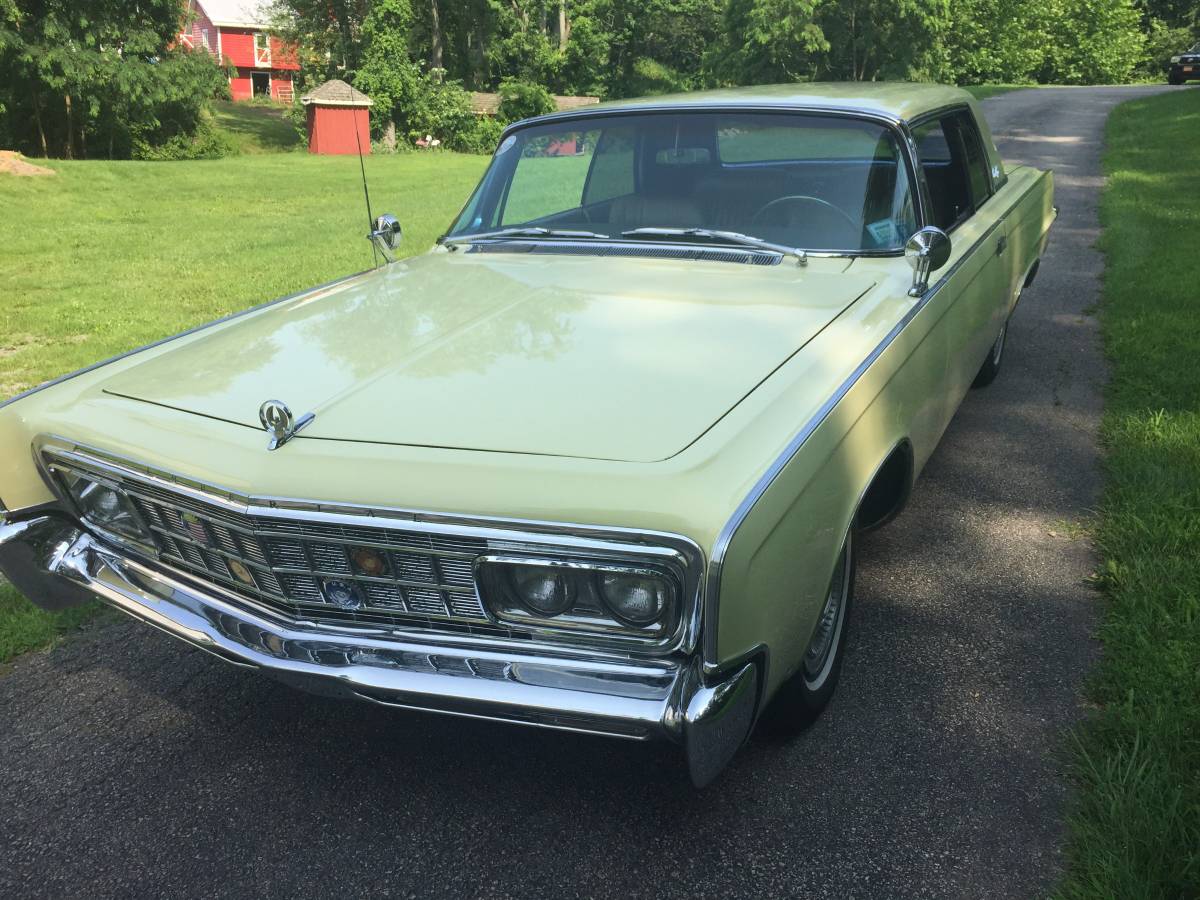 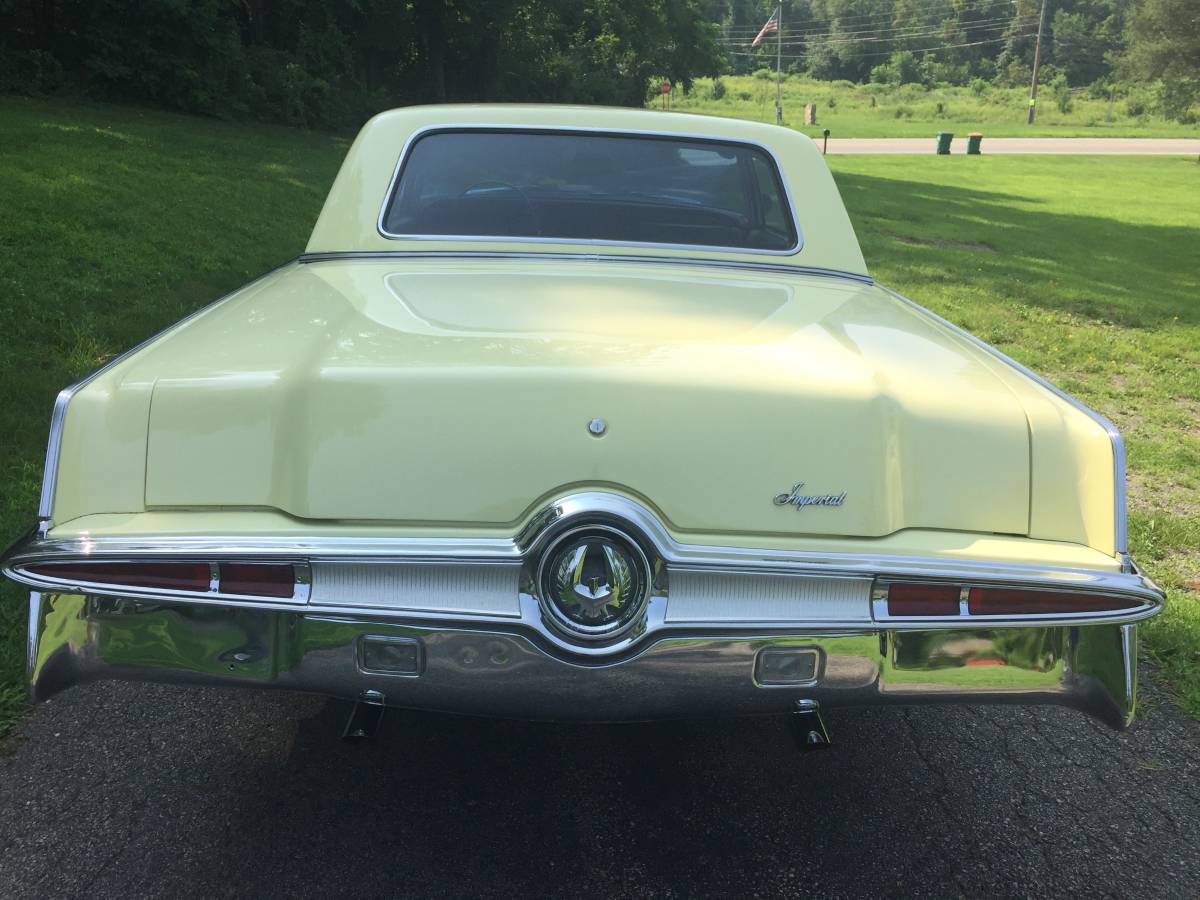 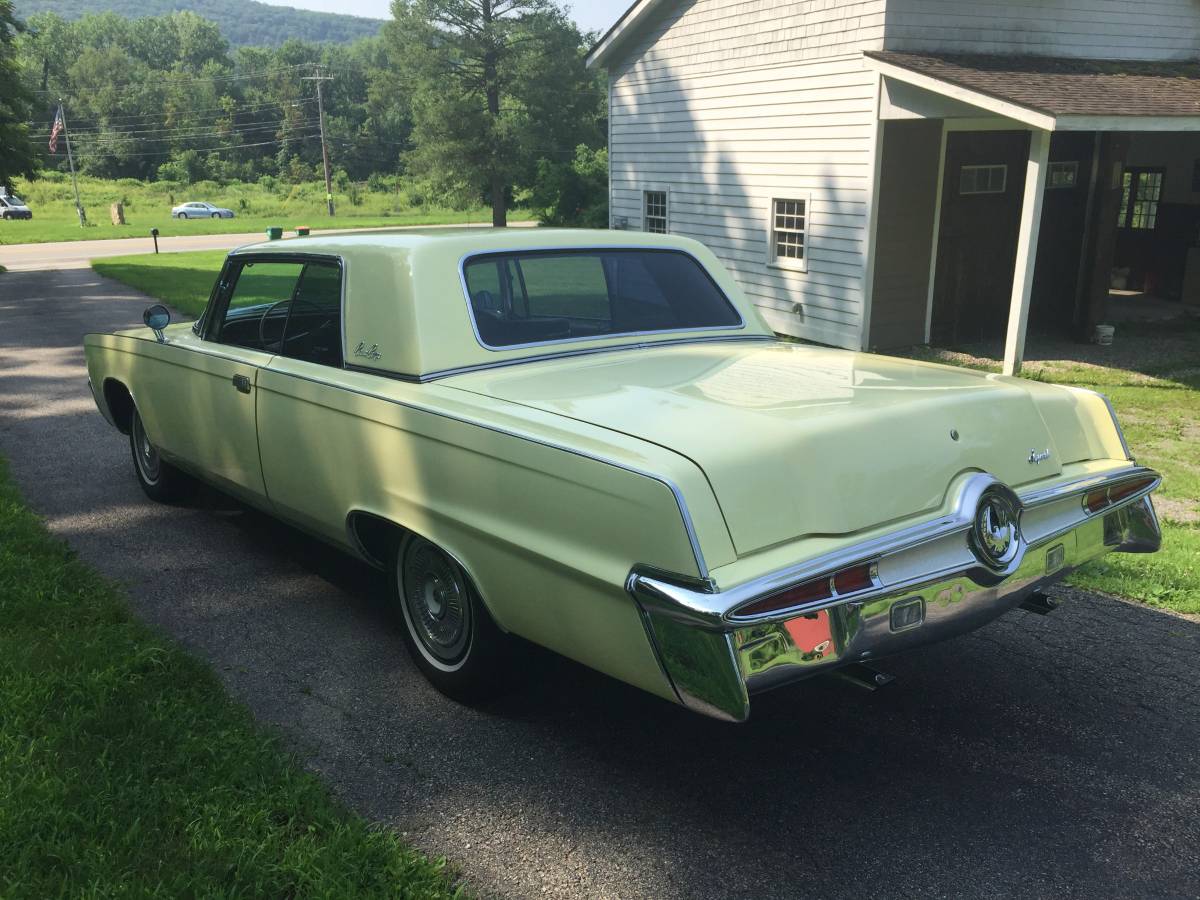 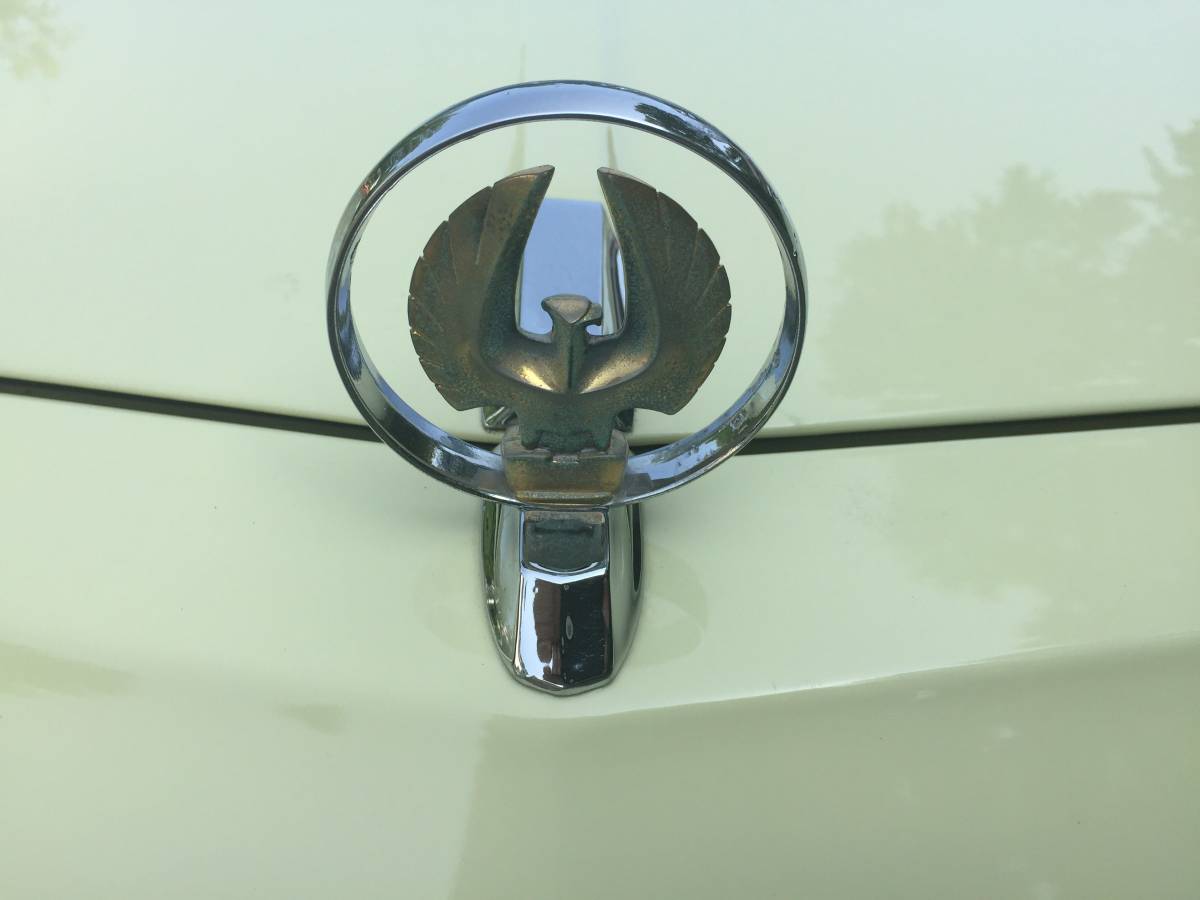 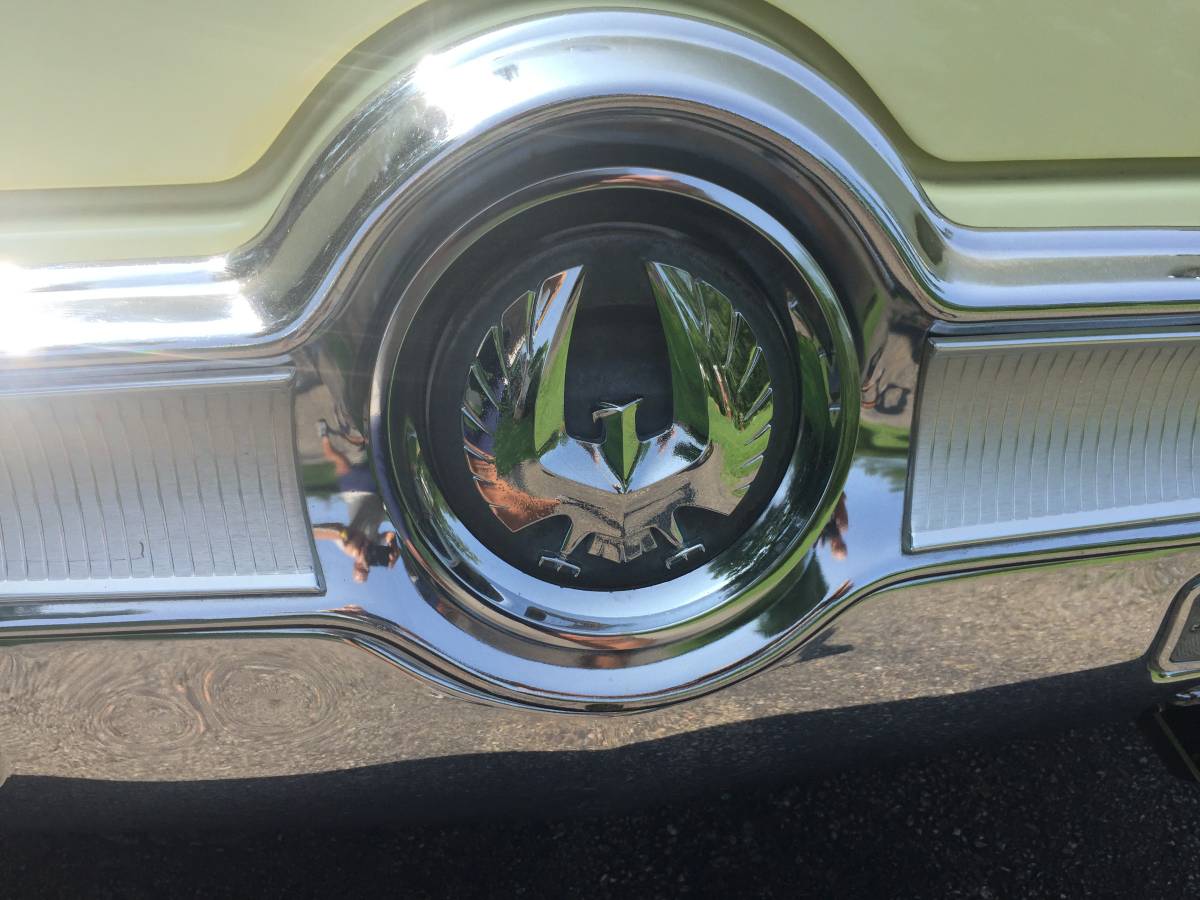 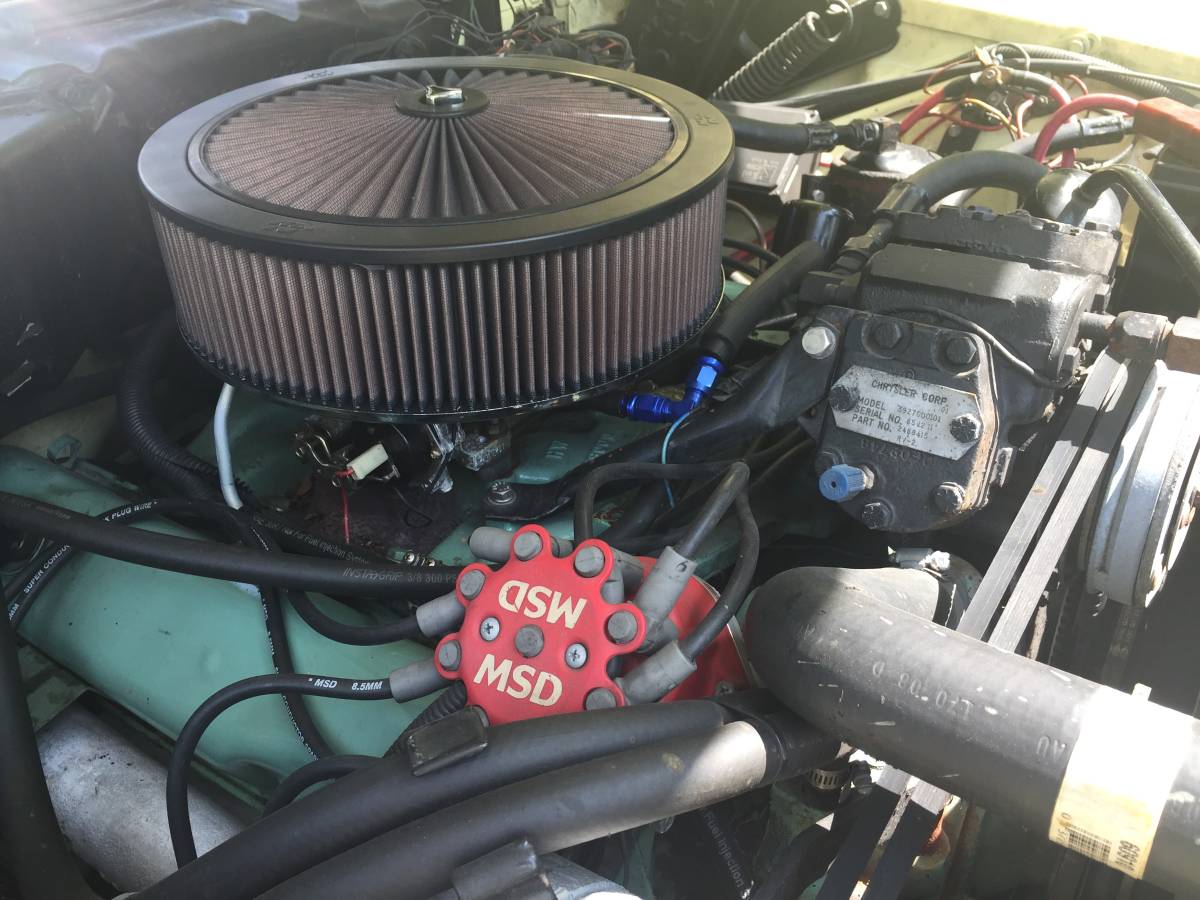 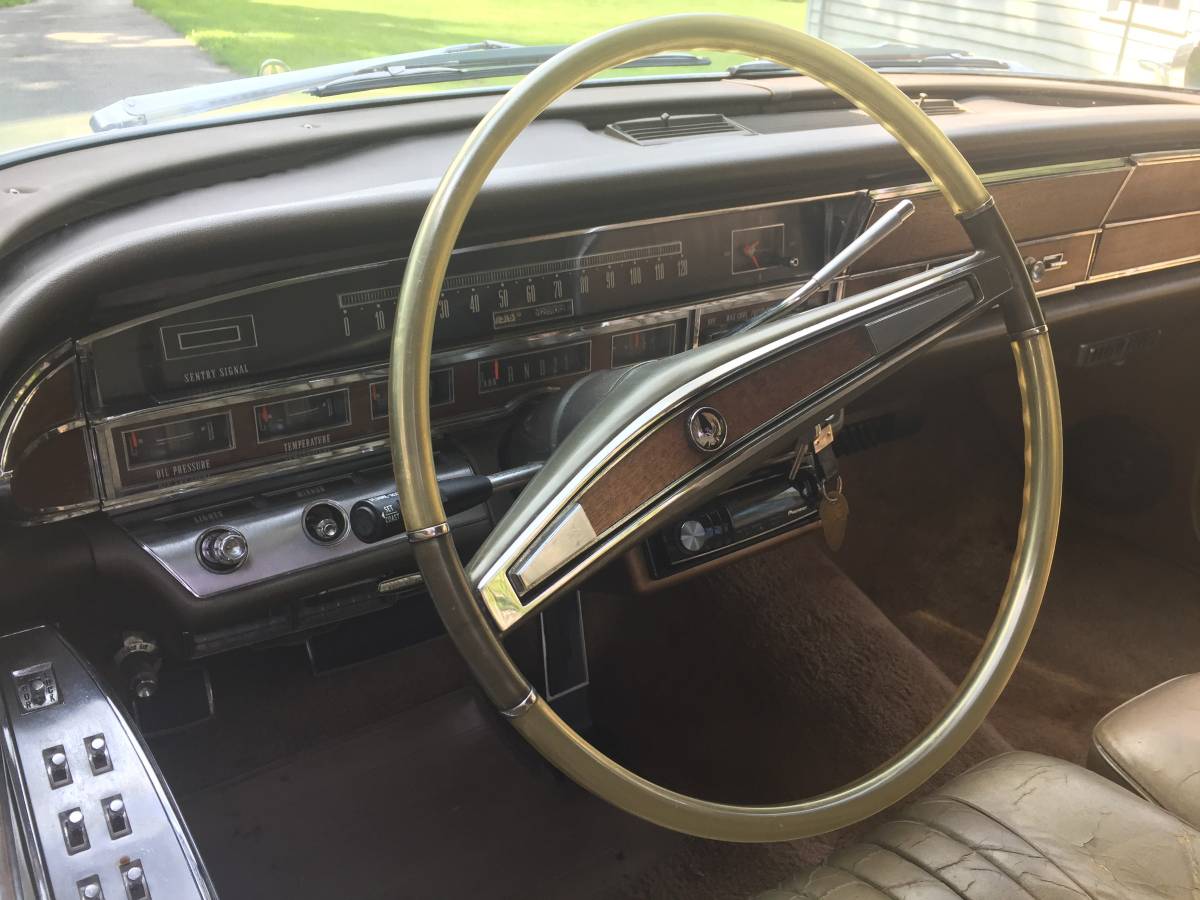 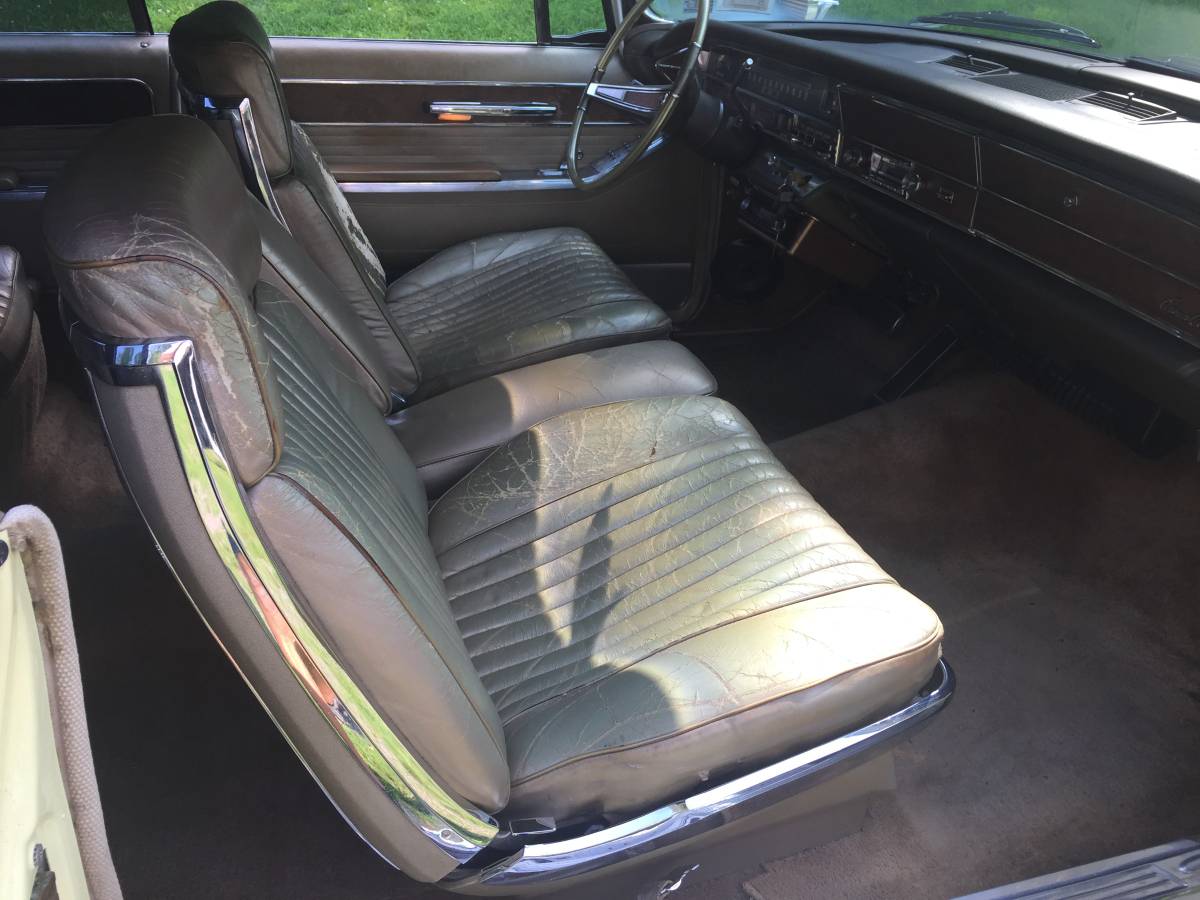 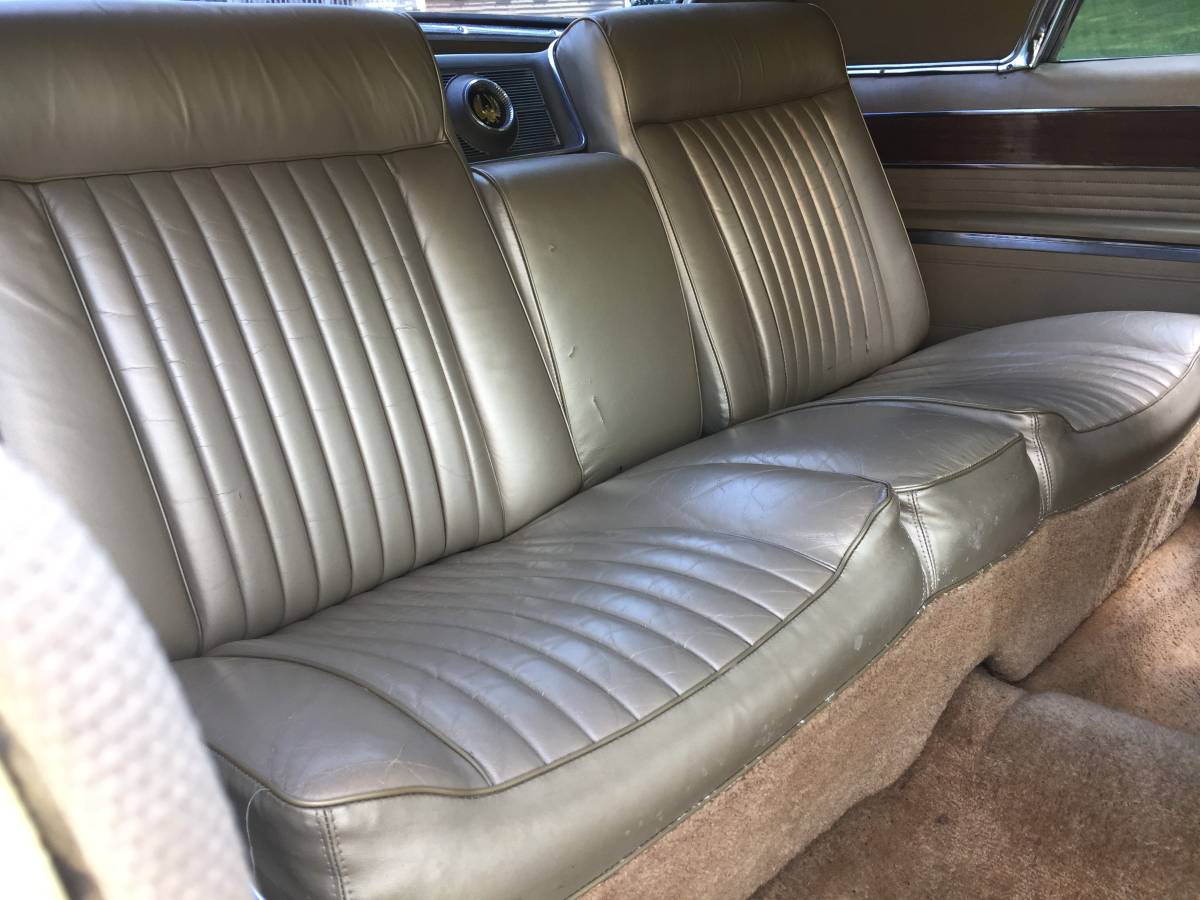 September 16, 2021 Update – We just confirmed the listing for this “Classifind” expired, so with no replacement found we’re assuming this ride “Sold?” While this one got away, please reach out either by email or call us directly if you’d like to be informed when we come across something similar.

We are continually drawn by the rarity and essentially hand-built cachet of Chrysler’s top-of-the-line Imperial brand.  To put the brand’s rarity in perspective, Imperial’s 1966 production totaled just under 14,000 units which was only seven percent of Cadillac’s total production that year. One of those rare examples happens to be this 1966 Imperial Crown Coupe originally listed in August 2021 on Craigslist in Fishkill, New York (Poughkeepsie) appears to be a finely restored example offered at only $10,500 currently. Comparing that price against the Hagerty Insurance Online Valuation Tool confirms the private seller has their Imperial priced one hundred dollars above this guide’s #3 “Good” estimate of $10,400.  Interestingly, the  Collector Car Market Review Online Tool provides a slightly different assessment as in this case the asking price falls between this guide’s #3 “Good” estimate of $7,750 and its #2 “Very Good” appraisal of $12,600.

1966 proved to be the final year for the Imperial platform first introduced one decade earlier. All subsequent years through 1966 used this same basic platform with annual changes to the body sheet metal. Consequently, the Imperial was the last hold out for the wrap-around windshield design popularized in the 1950s that had been dropped by most other makes for entry and exit room by 1961.

The 1966 model year saw a change to an egg-crate grille. The glass headlight covers lost the etched lines but gained twin 24k gold bands around the perimeter. The trunk lid bulge became more squared off with a smaller Imperial script off to the side. The backup lights were moved to the lower bumper, nearly doubling taillight size. The Claro Walnut trim that had been introduced the previous year was used more extensively and would be replaced the following year. The 413 cubic inch V8 engine that had been standard since 1959 was replaced with a 350 horsepower 440 cubic inch big block.

The MyMopar.com YouTube Channel features this 1965 Imperial film strip model overall that pretty much applies to 1966 as well:

Unlike when it was new, there is a lot of value in this Imperial for only $10,500.  Featuring a rebuilt 440 V8 with only 23K miles and a ten-year-old repaint in the original color, this Imperial represents a great way to get into the collector car hobby with a model you will rarely run into anywhere.

“1966 Chrysler Imperial 2 Door Crown Coupe (1 of only 2,373 produced)
22,900 miles on a rebuilt 440c.i.d. V8
Painted in factory color, Daffodil Yellow, in 2010. All new weather stripping and all stainless trim polished.
Stainless steel exhaust with Magna Flow mufflers.
New head liner
Pioneer AM/FM CD player, with bluetooth, under dash along with 12 disc CD player in trunk with stereo amplifier.
If interested, or have any questions, please send an email with your phone number so I can call you. Thank you!“

Show or go: what would you do with this Imperial Crown?  Comment below and let us know! 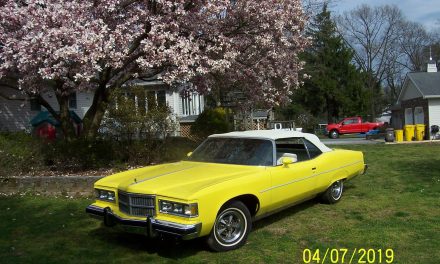 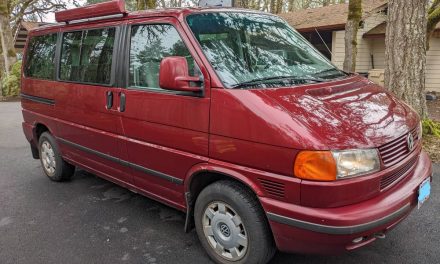 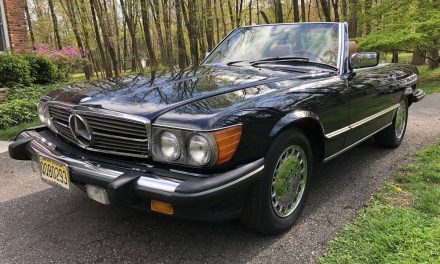 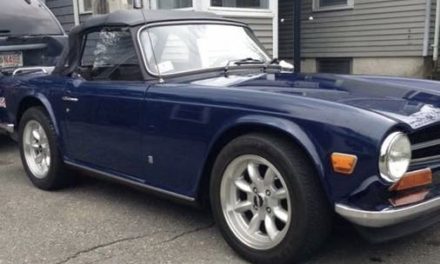