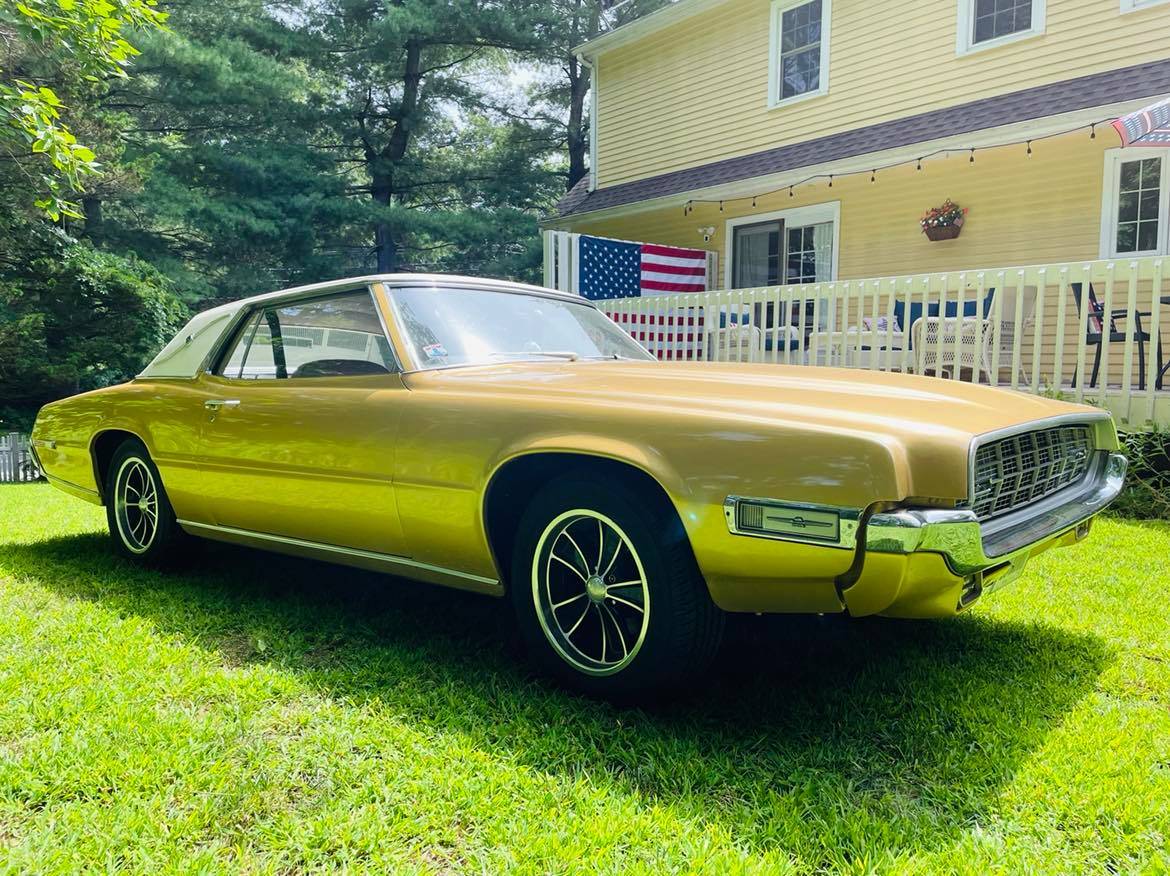 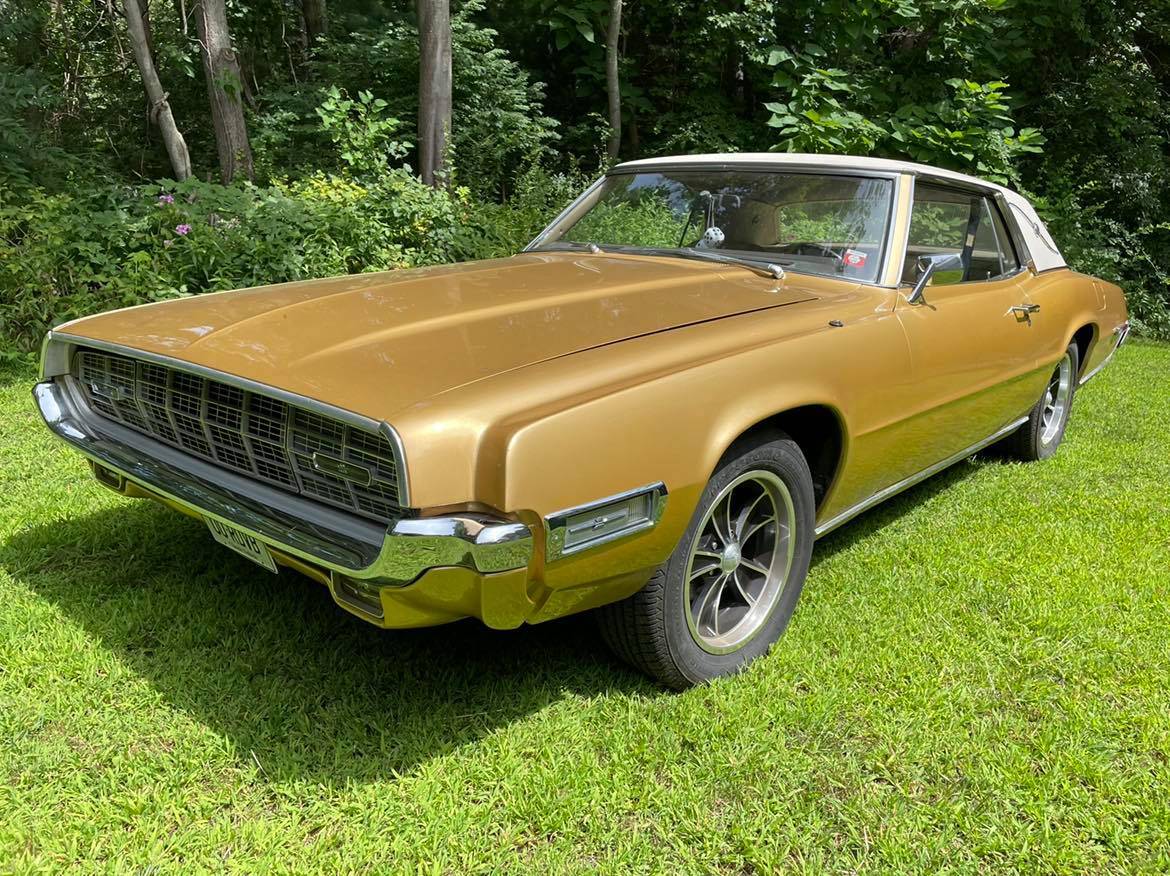 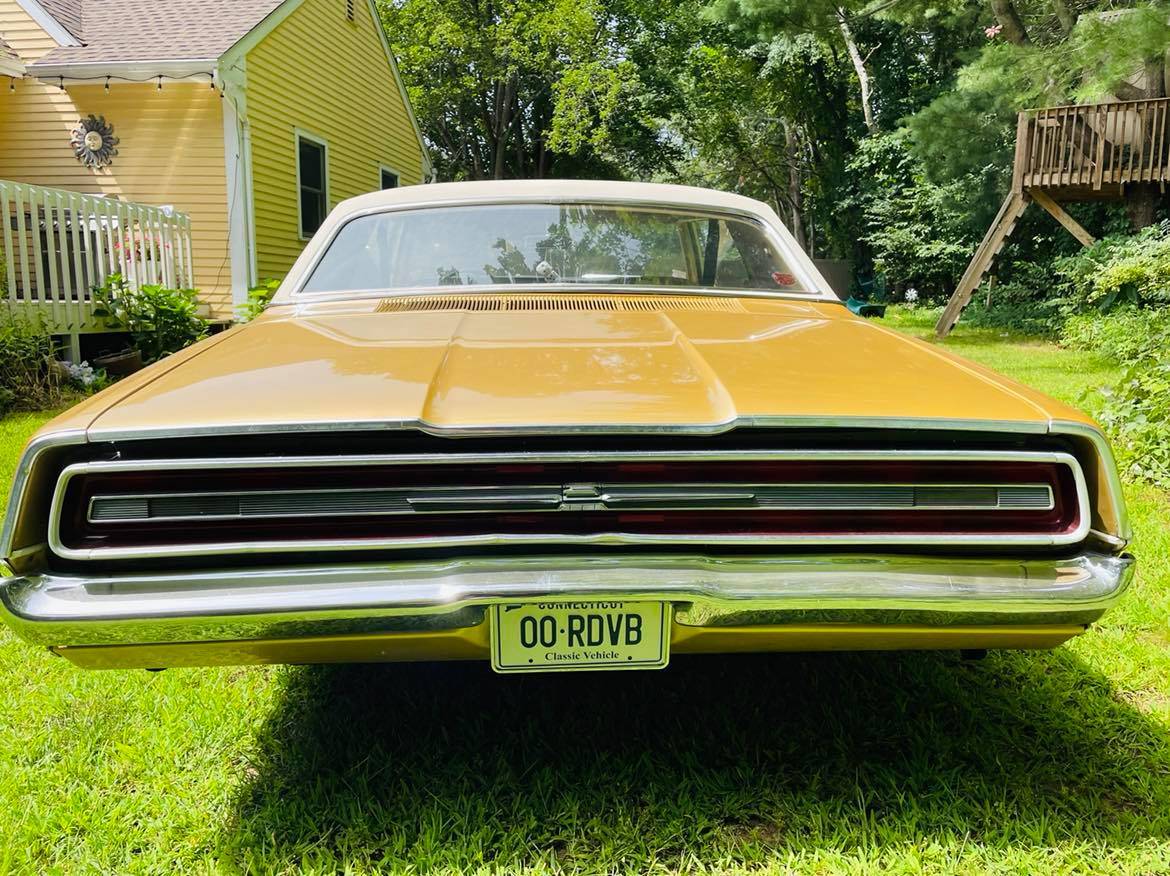 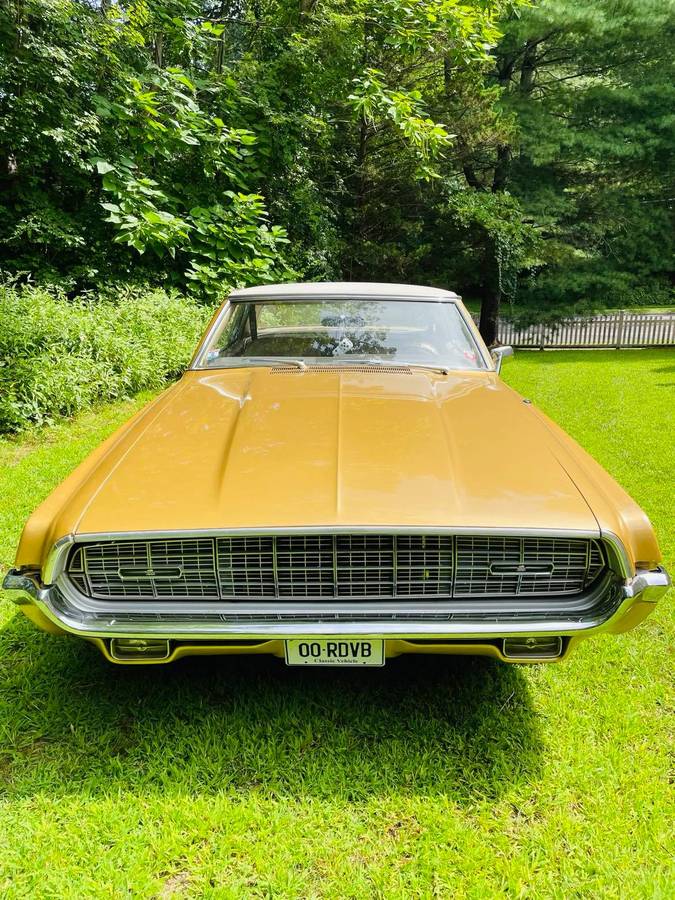 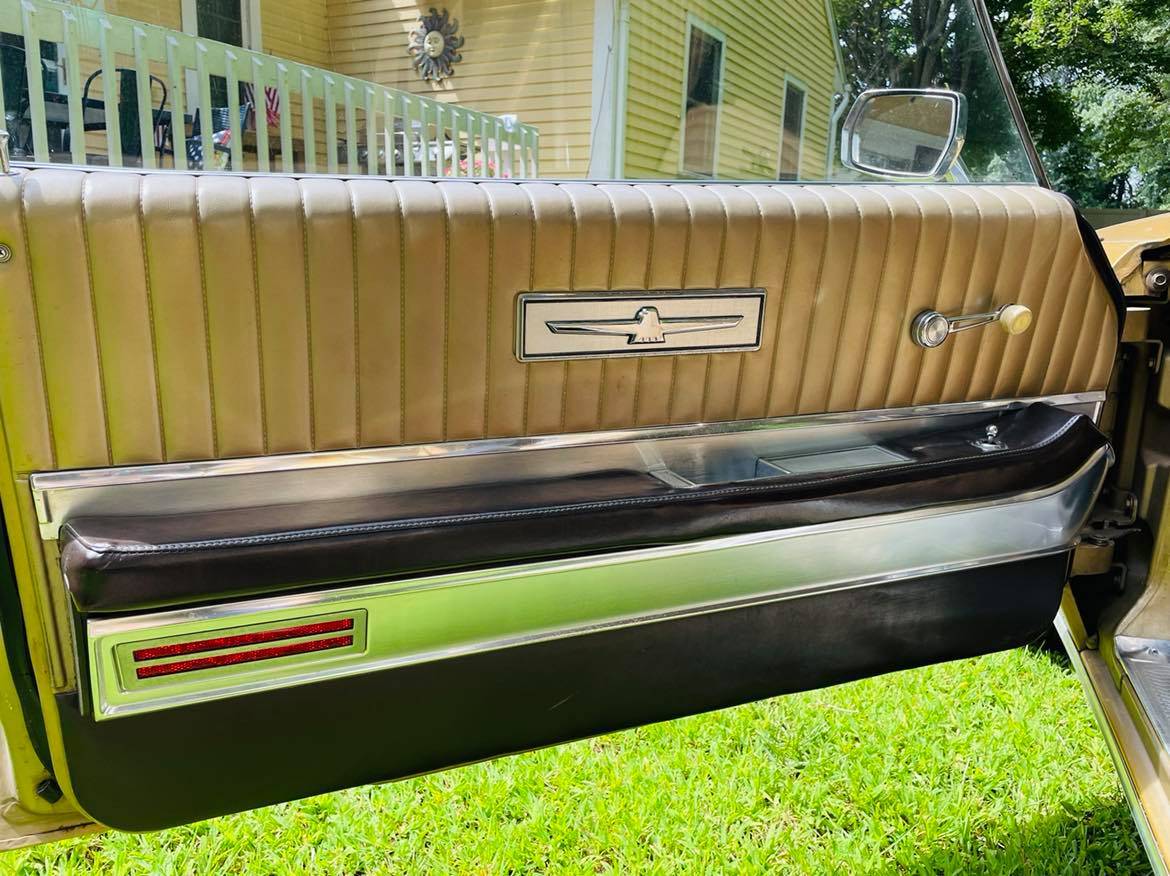 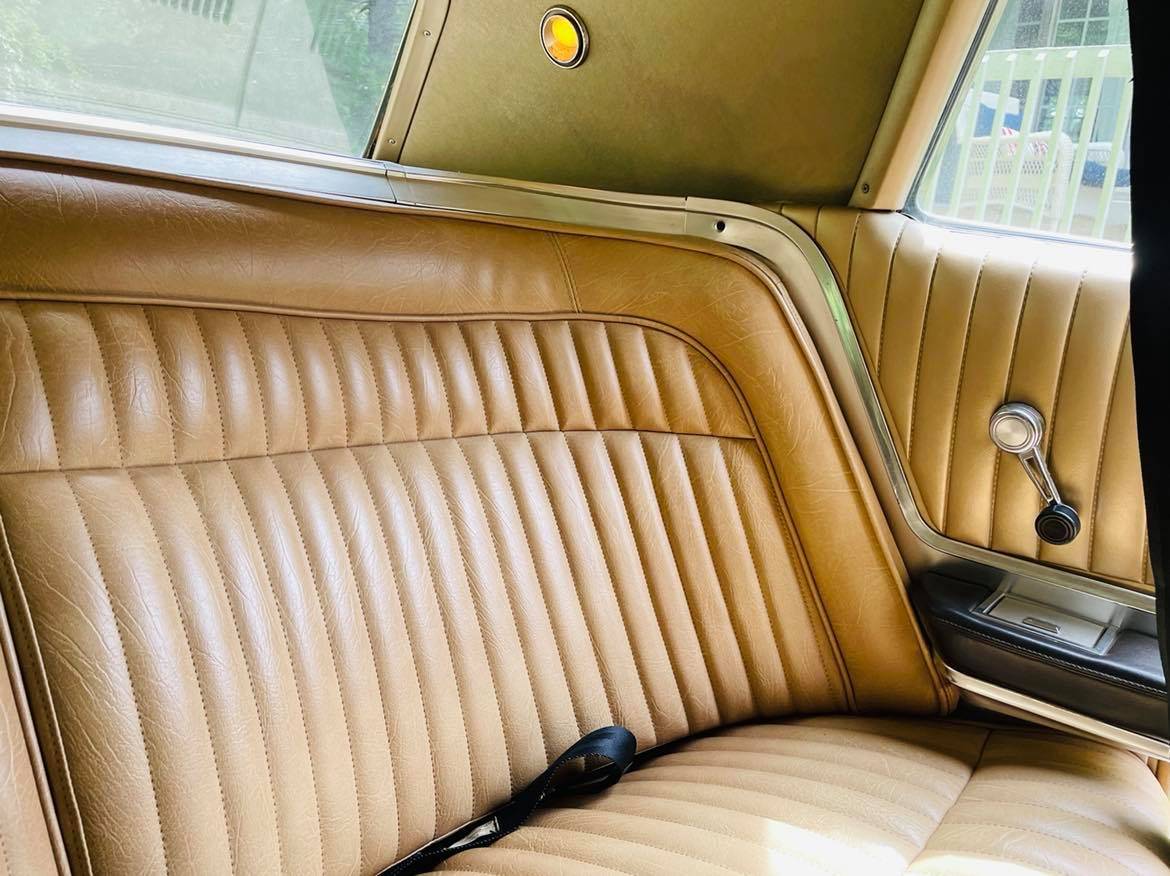 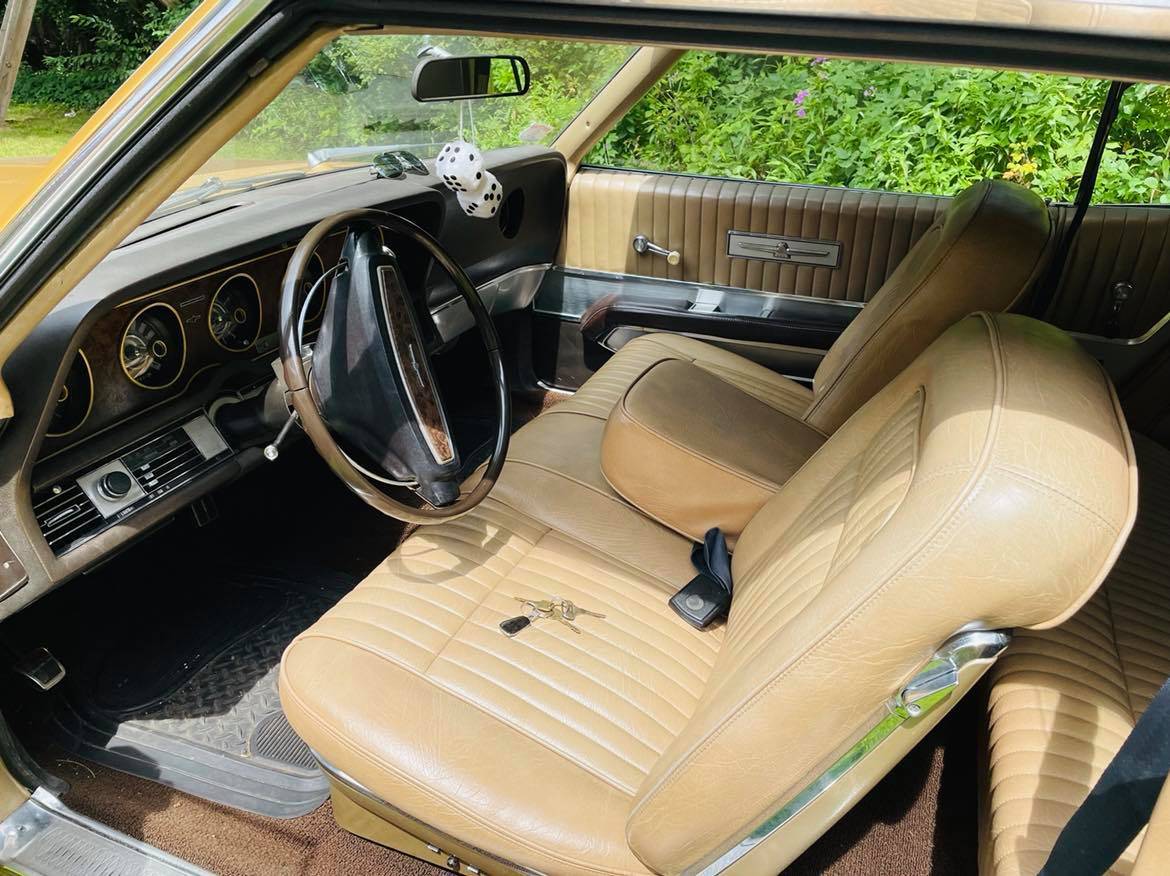 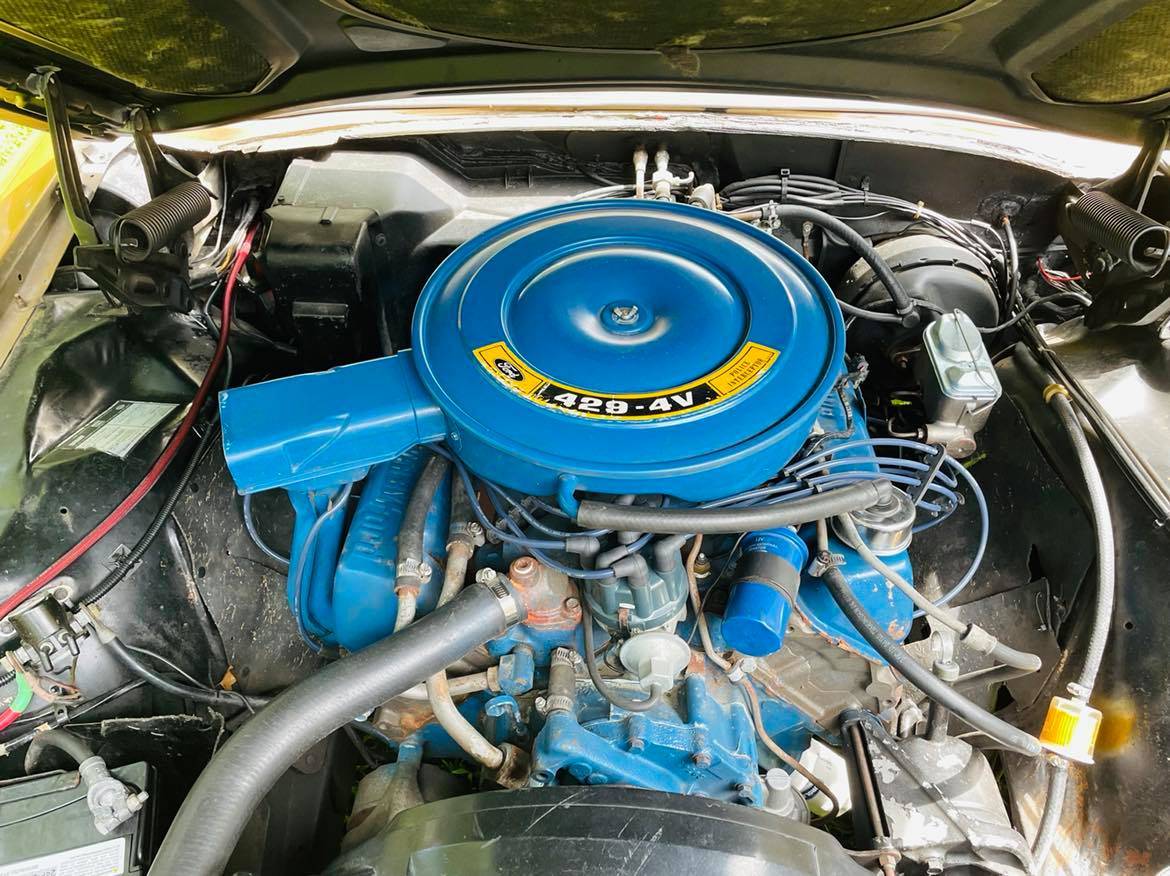 September 23, 2021 Update – We just confirmed the listing for this Thunderbird “Classifind” expired, so with no replacement found we’re assuming this ride “Sold?” While this one got away, please reach out either by email or call us directly if you’d like to be informed when we come across something similar.

The outstanding sales success of the Mustang did cause collateral damage to Ford’s lineup by the mid-sixties. Specifically, Ford marketers confirmed higher-optioned, luxury-themed Mustangs were often cannibalized Thunderbird sales. This combined with knowing Mercury would launch the Cougar in 1967, Ford Marketers had to take the fifth-generation upmarket for its launch that year. The result was a new bigger body-on-frame design car (the prior generation was a unibody design) that would share its underpinnings with Lincoln’s Continental. A great example of the fifth-generation “Glamour Bird” is this 1968 Thunderbird Hardtop originally listed in August 2021 on Craigslist in East Hartford, Connecticut now offered at $11,500 or best offer currently (the original ask was $12,500). Comparing that price against the Hagerty Insurance Online Valuation Tool confirms the private seller has their T-Bird priced between this guide’s #3 “Good” estimate of $9,100 and its #2 “Excellent” appraisal of $13,800.  Similarly, the  Collector Car Market Review Online Tool reveals the seller’s ask falls between this guide’s #2 “Very Good” estimate of $9,800 and its #1 “Excellent” appraisal of $15,300.

When Ford launched its fifth generation Thunderbird in 1967, the company took the car upmarket even further by increasing the car’s size as well as offering a four-door model. For 1967 the Thunderbird would be a larger car, moving it closer to Lincoln as the company chose to emphasize the “luxury” part of the “personal luxury car” designation. Ford decided to abandon the Thunderbird’s traditional unibody construction for this larger car, turning to a body-on-frame method with sophisticated rubber mountings between the two to improve noise/vibration characteristics and reduce weight by a small margin. An overhead console (that first appeared on the previous year’s Town Landau) containing illuminated indicators for emergency flasher use, low-fuel warning, door-ajar, and seat-belt reminder light returned in a revised format. The convertible, increasingly a slow seller, was dropped in favor of a four-door model featuring suicide doors. It remained in the lineup through 1971 but never generated substantial sales.

The 1967 design was radically different from what came before. Ford’s stylists delivered a radical shape that in many ways anticipated the styling trends of the next five years. A gaping wide “fishmouth” front grille that incorporated hidden headlights was the most obvious new feature. The look was clearly influenced by the air intakes on jet fighters such as the F-100 Super Sabre, and was enhanced by the flush-fitting front bumper incorporating the bottom “lip” of the “mouth”. The sides were the barrel-like “fuselage” style that was very popular during this period. The beltline kicked up “coke-bottle” style after the rear windows, again a styling trait that would prove ubiquitous. Large C-pillars (and a small “formal” rear window on the 4-door) meant poor rear visibility but this was in line with the fashion of the time. The taillights spanned the full width of the car, and featured, as in previous Thunderbird models, sequential turn signals.

In contrast to the radically different exterior the new interior carried over nearly all of the themes established by the previous generation; most notably a dash panel with separately housed instruments along with a downward sweeping/integrated center console and a wraparound rear seat “lounge”.

The 1968 Thunderbird saw the introduction of the new 385 series big-block “Thunder Jet” four-barrel topped 429 cubic inch V8 engine. Ford conservatively rated the power of its new engine at 360 gross horsepower. The new engine made the cars some of the quickest and fastest Thunderbirds ever produced, despite their larger size and increased curb weight.

Based upon the seller’s description, this driver-quality, butterscotch beauty likely spent most of its life pampered in North Carolina before relocating to Connecticut. In addition to featuring the more desirable 429 big block, the seller notes the car has a modern hidden stereo system.

Show or go: what would you do with this Thunderbird?  Comment below and let us know! 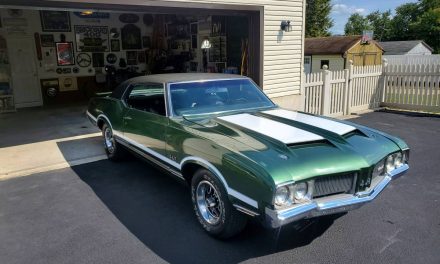 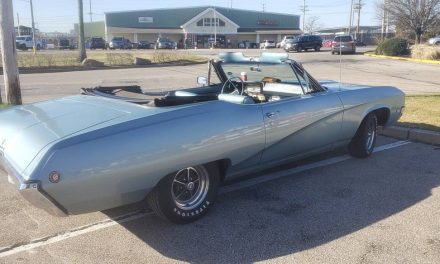 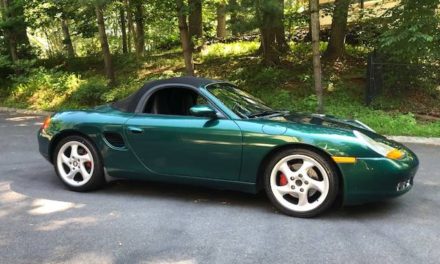 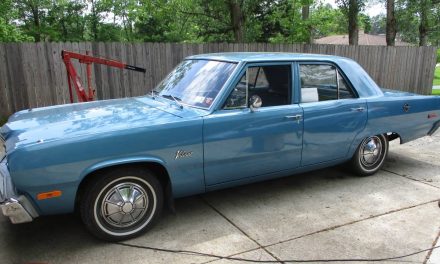