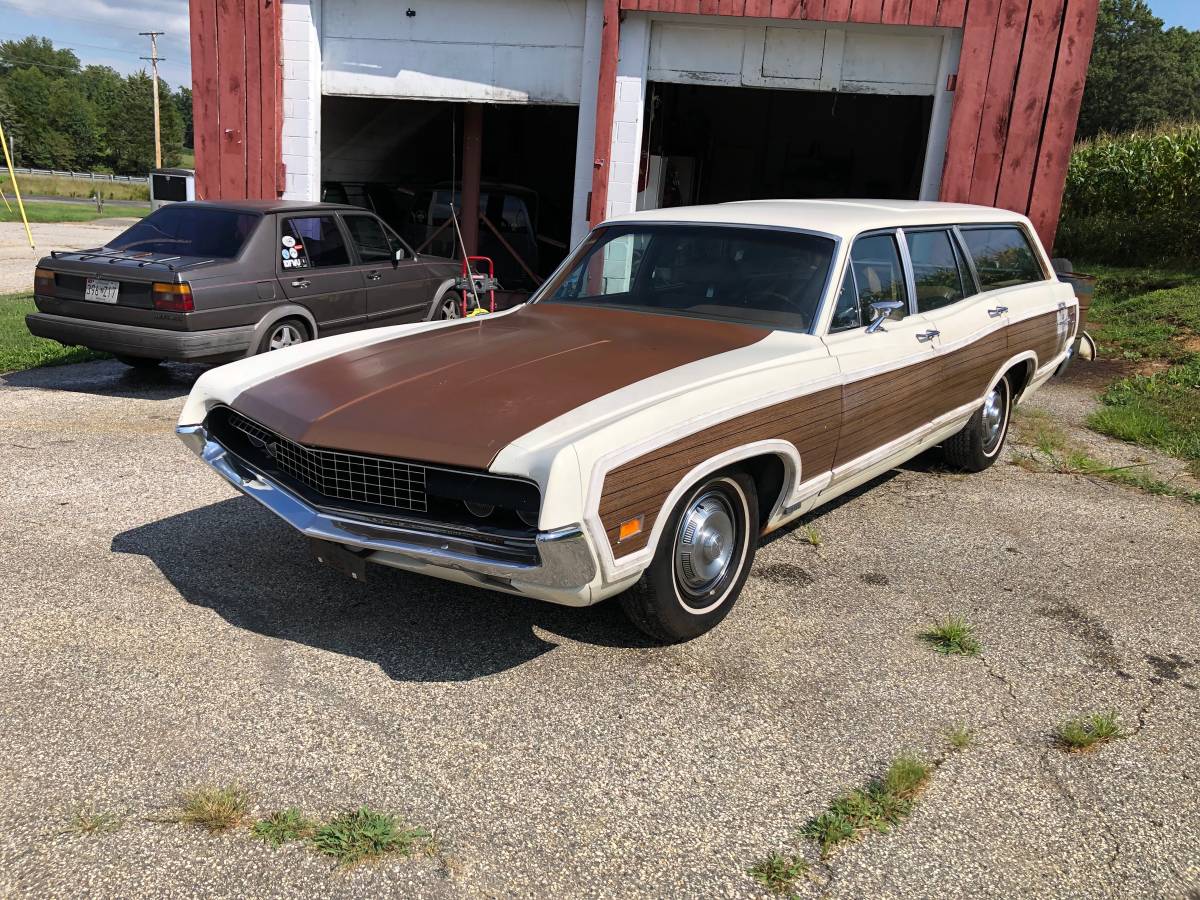 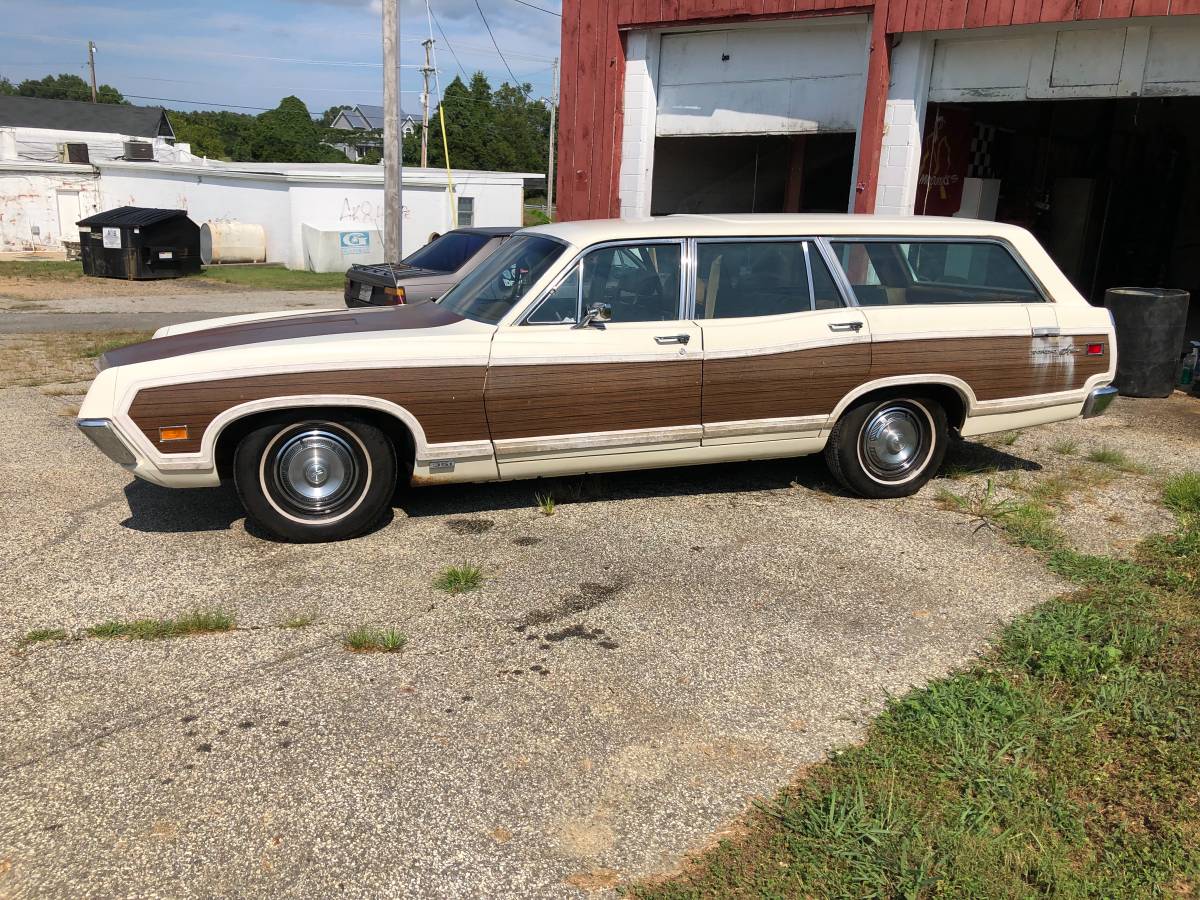 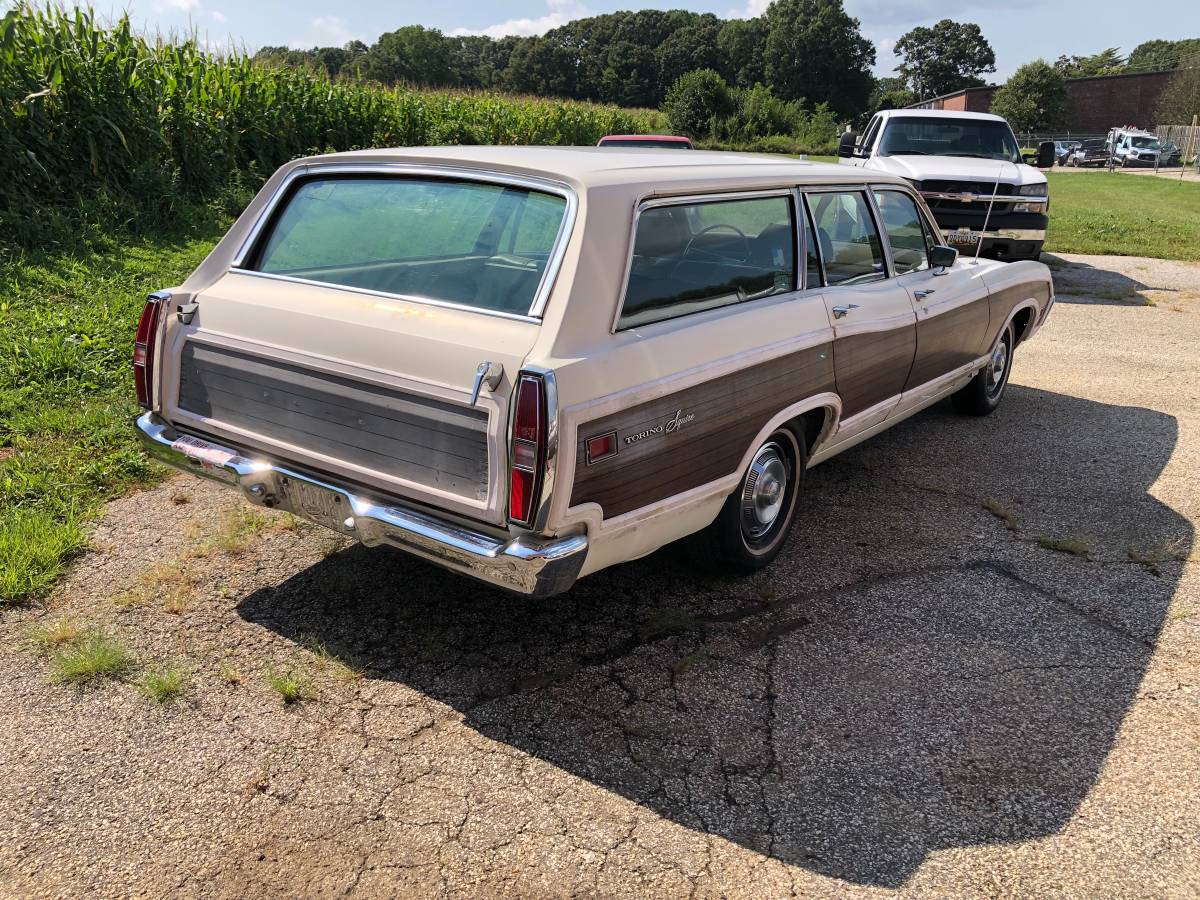 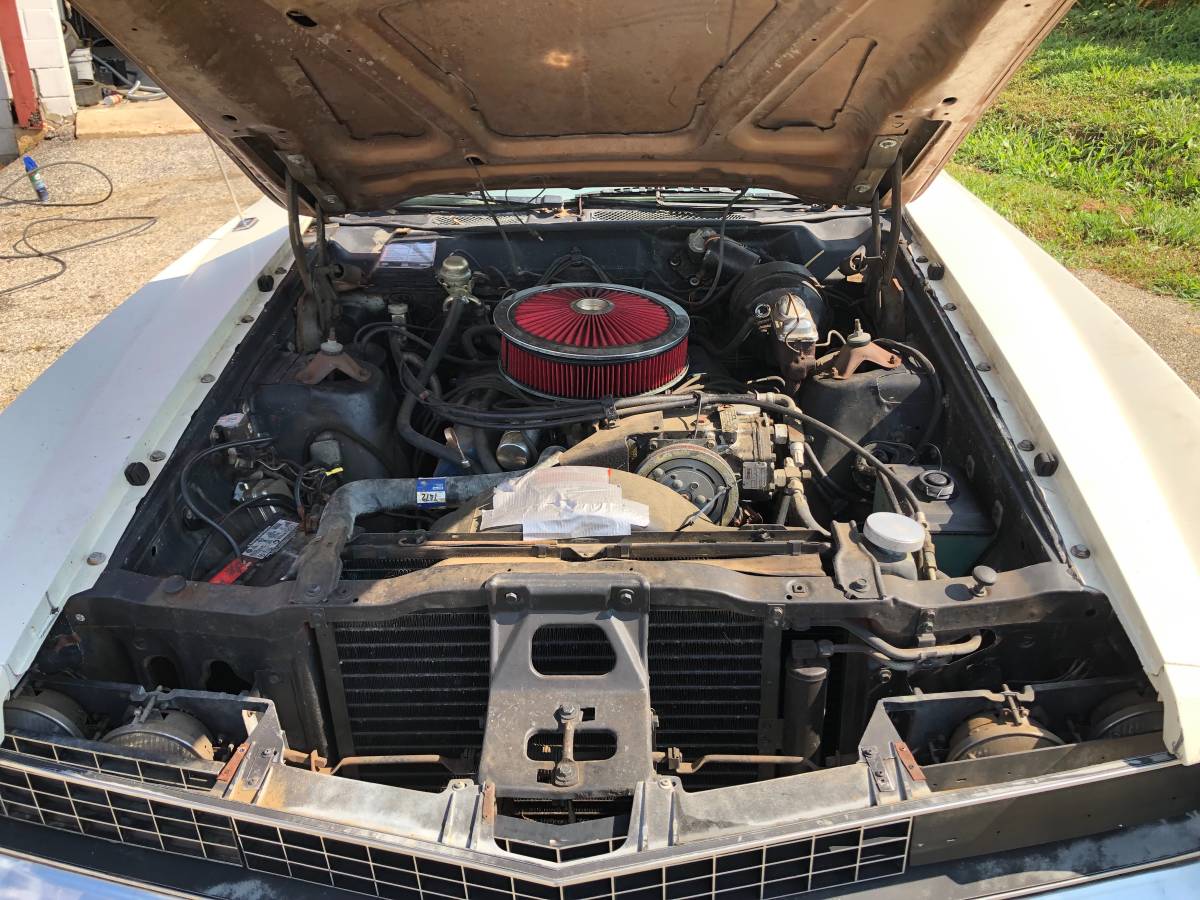 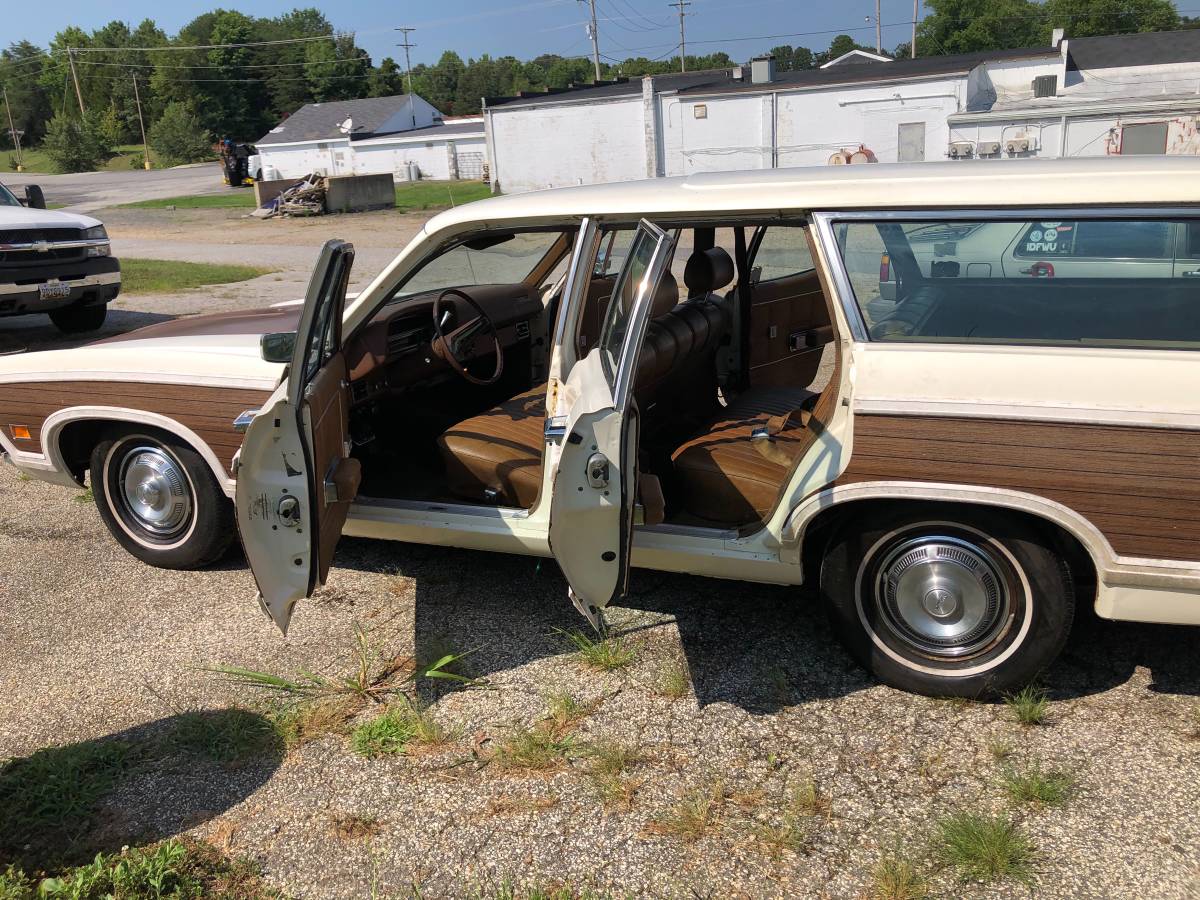 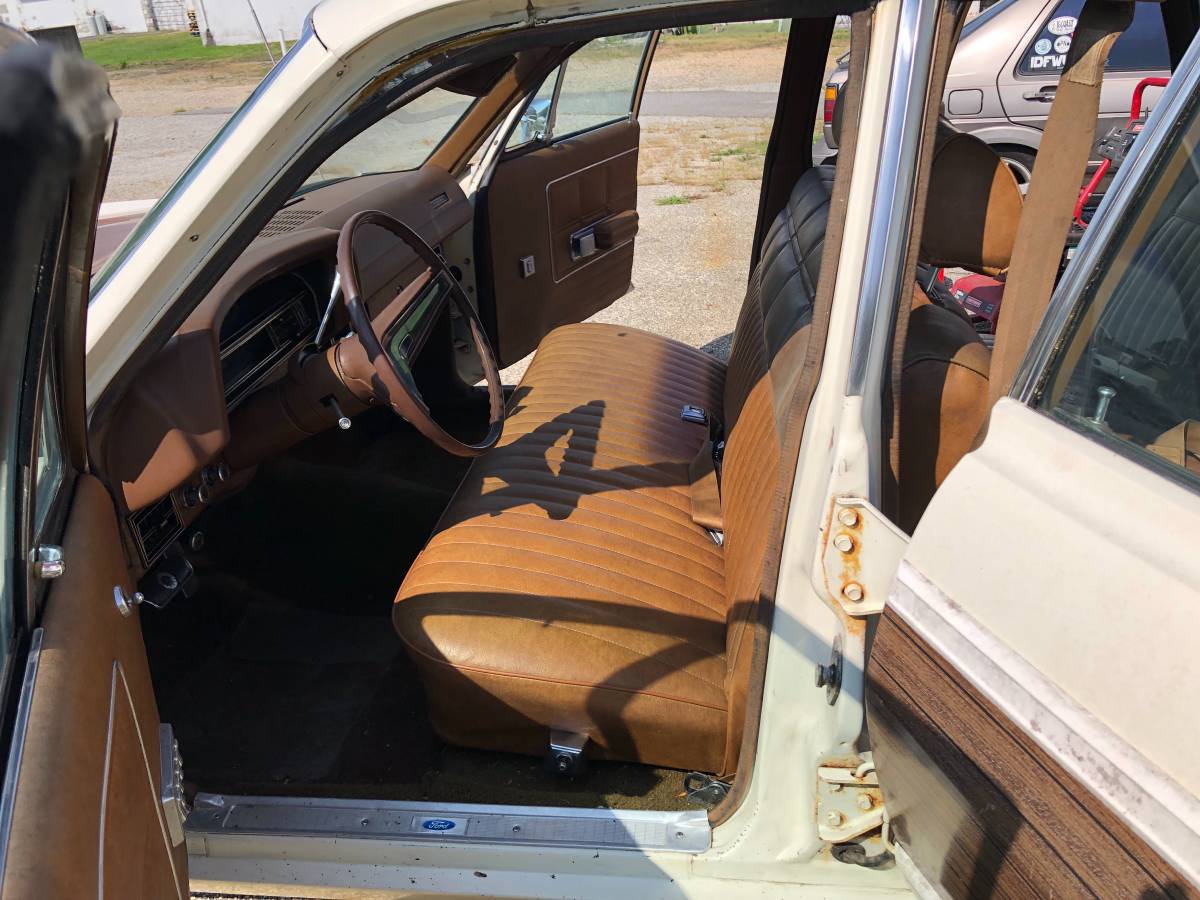 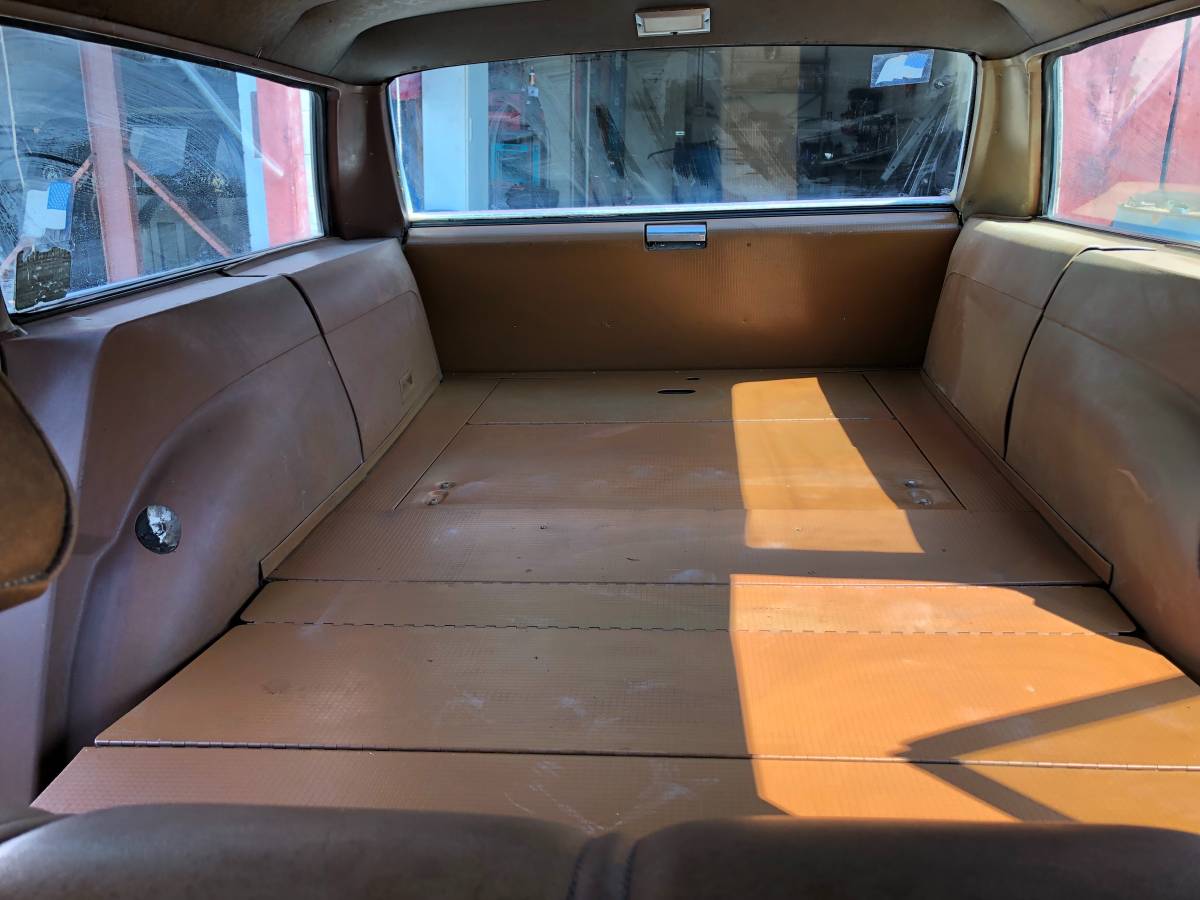 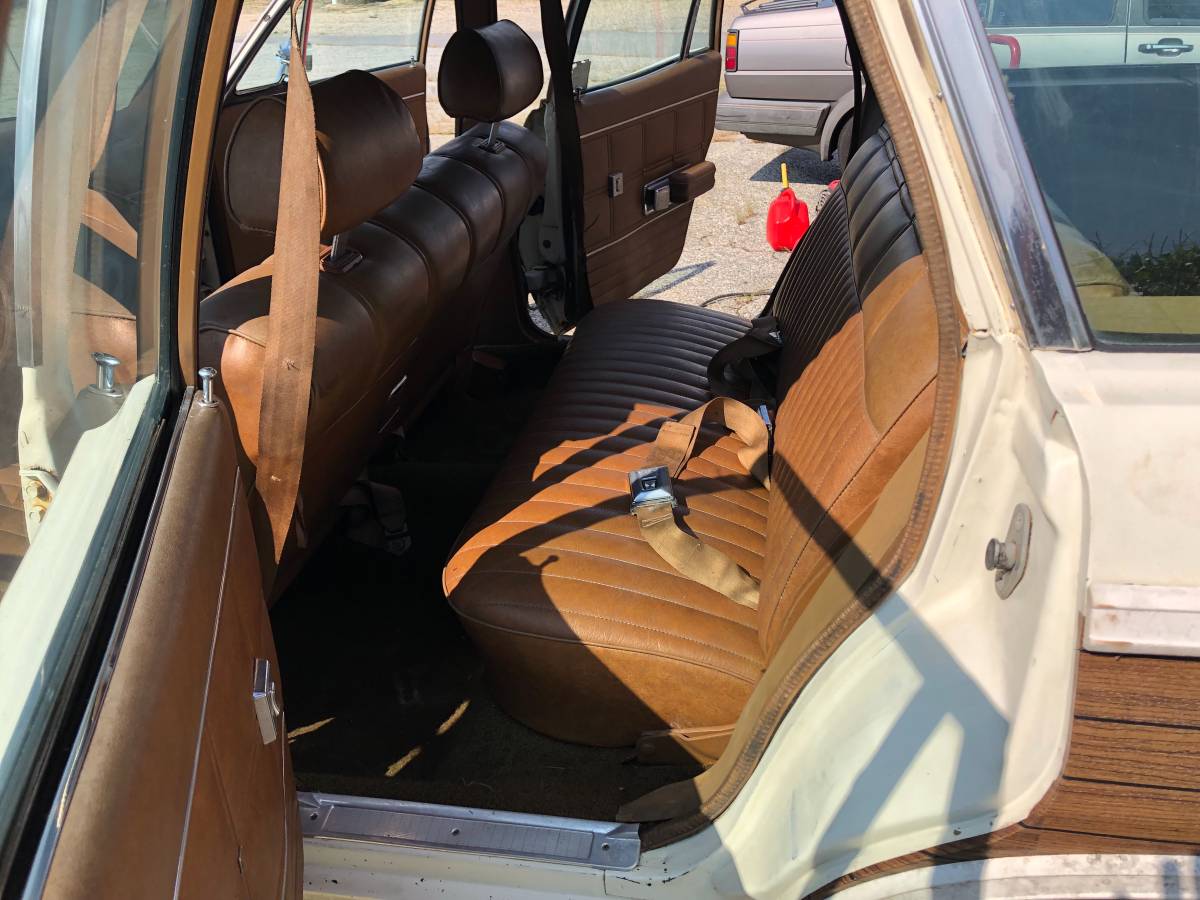 September 21, 2021 Update – We just confirmed the listing for this Torino Squire “Classifind” expired, so with no replacement found we’re assuming this ride “Sold?” While this one got away, please reach out either by email or call us directly if you’d like to be informed when we come across something similar.

While the fastback roofline of Ford’s second-generation Torino provided a nice silhouette on the two-door models, the back end of the wagons appeared to be Fairlane carry-over. However, the appealing hidden headlight front end launched in 1970 really makes these wagons stand out. Our latest example is this 1970 Squire Wagon currently originally listed in August 2021 on Craigslist in Leonardtown, Maryland that appears to be a solid driver-quality example offered at $14,000 or best offer currently. Comparing that price against the Hagerty Insurance Online Valuation Tool confirms the private seller has their Torino Squire priced between this guide’s #3 “Good” estimate of $10,000 and its #2 “Excellent” appraisal of $15,200.  Interestingly, the  Collector Car Market Review Online Tool provides a more optimistic assessment as in this case the asking price falls between this guide’s #2 ” Very Good” estimate of $13,200 and its #1 “Excellent” appraisal of $21,300 before factoring in premiums for the factory A/C and 351 Cleveland V8.

Ready to be confused?  Ford of North America produced the Torino in three generations between 1968 and 1976 as an intermediate segment competitor. The car was named after the city of Turin (Torino, in Italian), considered “the Italian Detroit”. The Torino was initially an upscale variation of the intermediate-sized Ford Fairlane, which Ford produced between 1962 and 1970. After 1968, the Fairlane name was retained for the base models with lower levels of trim than those models which wore the Torino name. During this time, the Torino was considered a subseries to the Fairlane. By 1970 Torino had become the primary name for Ford’s intermediate, and the Fairlane was now a subseries of the Torino.  To add to the complexity, we won’t go beyond just mentioning Ford moved the Falcon brand name to an entry-level trim selection based on the Torino.

The model line-up for 1970 initially featured 13 models. Station wagon models for 1970 were offered initially in three different levels: the Fairlane 500 wagon, the Torino wagon, and the Torino Squire wagon. Mid-year 1970, the Falcon wagon became base station wagon. The sheet metal on the station wagons was not changed as drastically as 2-door and 4-door models. The majority of the sheet metal behind the front doors was carried over from the 1968-69 body style. As a result, the wagons appeared more upright and square than the sedans and coupes. The Torino Squire, the top-level wagon, featured simulated woodgrain sides, headlamp covers, and a trim level similar to the Torino Brougham sedan. The Squire came standard with a 302-2V V8 engine and power front disc brakes; other wagons had 4-wheel drums and the 250 CID I-6. All wagons used Ford’s “Magic Doorgate” two-way tailgate, but the power rear window, rear-facing third seat, and roof rack were options. Ford offered a trailering towing package for all Torinos that would allow Torino to have a Class II tow rating (3,500 lb (1,588 kg)). This package included heavy-duty suspension, heavy-duty battery and alternator, extra cooling package, and power front disc brakes. The 351 cu in (5.8 L) or 429 cu in (7.0 L) engine, power steering, and the Cruise-O-Matic transmission were required options.

In this 1970 Torino commercial, Ford claims they asked the wind how to design a car.  If that’s true, the wind knew how to make a very handsome car line:

With what appears to be a very presentable interior surrounded by a very solid body, potential buyers need to decide whether to just enjoy this Torino Squire as is or to move forward with an exterior restoration.

“1970 Torino Squire Wagon with a 351 Cleveland and an automatic transmission. Air-conditioning, electric windows, electric seats, power steering, disc brakes. Very solid and clean running driving car. Drove it to a Cars and Coffee with no issues. Bought a collection of cars from an estate after the owner had passed. I have the title and all the paperwork. The choke likes to stick closed and it needs a new fan shroud. Unfortunately, the tailgate won’t unlock. $14,000 obo May consider a trade”

Restore or drive as-is? what would you do with this Torino Squire?  Comment below and let us know!