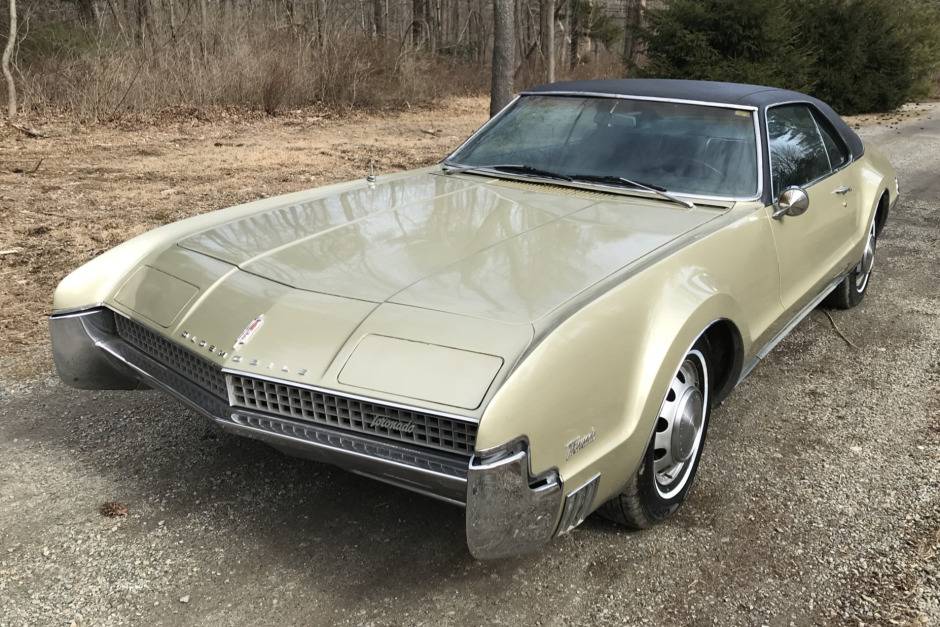 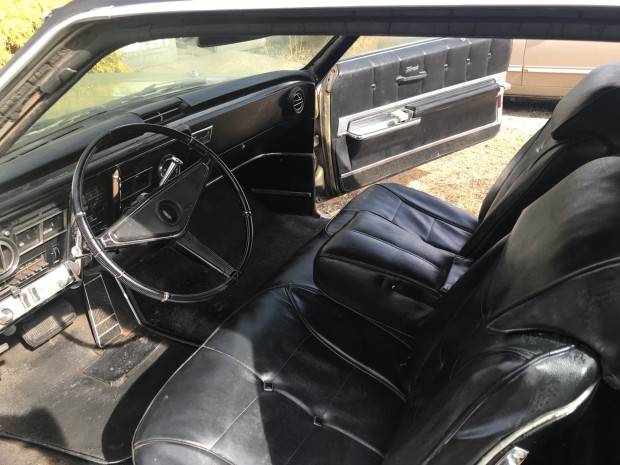 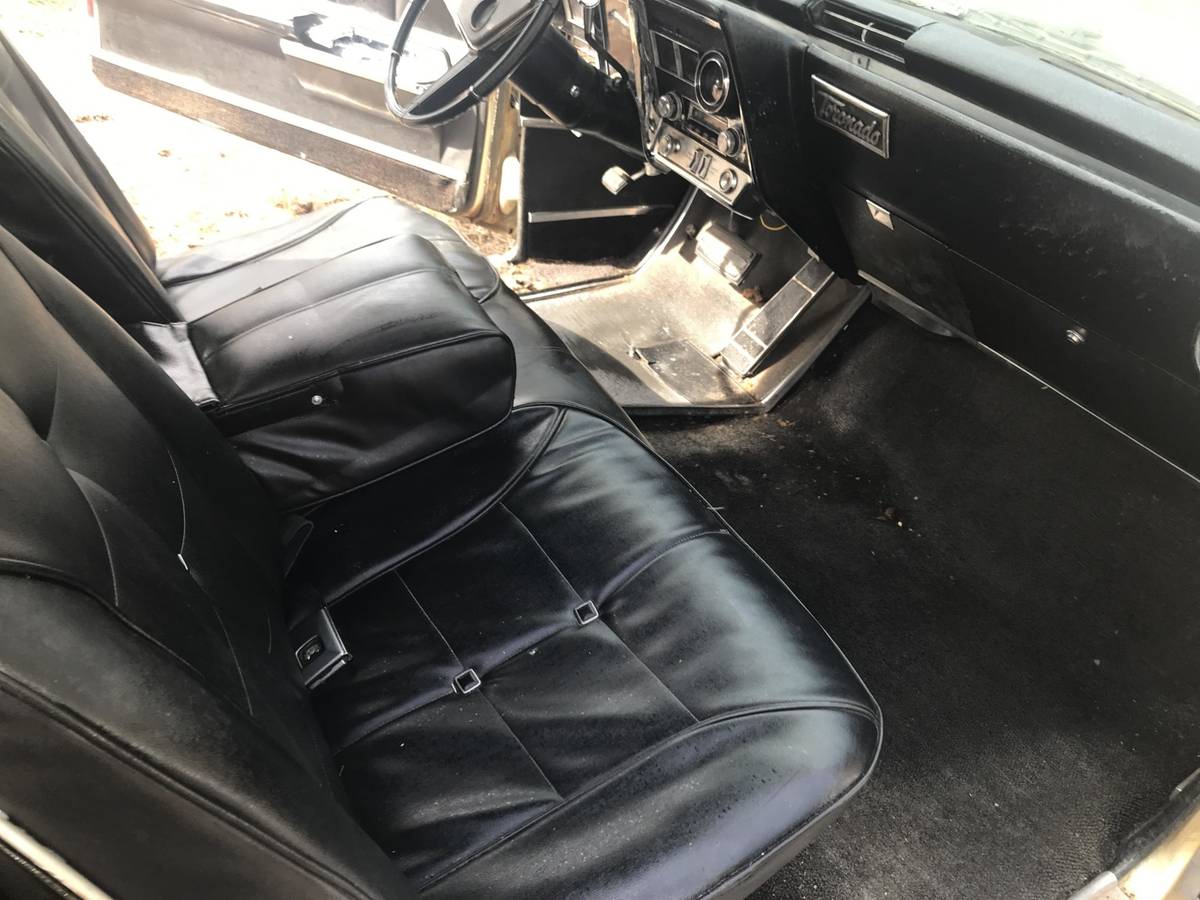 When Oldsmobile launched its revolutionary front-wheel-drive Toronado in 1966, it was only the second car in U.S. automotive history to have such a power train.  Sitting atop the innovative power train was a revolutionary two-door hardtop design with clean lines that looked like nothing else on the road.  We first came across this Gold over black 1967 Oldsmobile Toronado Deluxe originally listed in September 2021 on Craigslist in Allentown, Pennsylvania with the price listed as $8,500 firm. Comparing that price against the Hagerty Insurance Online Valuation Tool confirms the private seller has their Toronado priced between this guide’s #4 “Fair” (Daily Driver) estimate of $6,400 and its #3 “Good” appraisal of $15,900.  Interestingly, the  Collector Car Market Review Online Tool provides a slightly different assessment as in this case the asking price falls between this guide’s #4 “Fair” estimate of  $6,150 and its #3 “Good” appraisal of $11,100 before factoring in a slight premium for the Deluxe Trim.

The Toronado began as a design painting by Oldsmobile stylist David North in 1962. His “Flame Red Car” was a compact sports/personal car never intended for production. A few weeks after the design was finished, however, the Oldsmobile division was informed it would be permitted to build a personal car in the Riviera/Thunderbird class for the 1966 model year, and North’s design was selected. For production economy, the still-unnamed car was to share the so-called E-body shell with the redesigned 1966 Buick Riviera (then entering its second generation), which was substantially larger than North had envisioned. Despite the efforts of Oldsmobile and General Motors styling chief Bill Mitchell to put the car on the smaller A-body intermediate, they were overruled for cost reasons.

Oldsmobile had been working on front-wheel-drive since 1958, a project shepherded by engineer John Beltz (who originated the 4-4-2 and would later become head of the division). Although initially envisioned for the smaller F-85 line, its cost and experimental nature pushed the program towards a larger, more expensive car. Engineer F. J. Hooven of the Ford Motor Company, had patented a similar FWD layout, and Ford considered the design for the 1961 Ford Thunderbird. However, the capability to develop and engineer it on such short notice was doubtful. In 1956 Oldsmobile had also introduced a personal 2-door concept car called the Oldsmobile Golden Rocket that didn’t progress into production.

The unusual Toronado powertrain called the Unitized Power Package (UPP), developed by Oldsmobile, stuffed a Rocket V8 and transmission into an engine bay no larger than one for a conventional rear-wheel-drive car. During its seven-year development, UPP components were driven over 1.5 million test miles to verify their strength and reliability. They proved so well-built the UPP was employed basically unchanged in the 1970s GMC motorhome.

Oldsmobile even contracted with Firestone to design a fifteen-inch tire especially for the Toronado called the TFD (Toronado-Front-Drive) tire. It had a stiffer sidewall than normal, and the tread and stylishly thin white pin-stripe were also unique. Oldsmobile engineers selected a conventional, though performance-boosted, Olds 425 cubic inch Super Rocket V8 rated at 385 horsepower and 475 foot-pounds of torque. This represented a ten-horsepower increase over the Starfire’s 425 and an increase of 20 horsepower over the standard 425 engine found in the Division’s Ninety-Eight model. The Toronado intake manifold’s unique shape was depressed to allow for engine hood clearance.

The Toronado was GM’s first subframe automobile, which means it was partly unitized, using a subframe that ended at the forward end of the rear suspension leaf springs, serving as an attachment point for the springs. It carried the powertrain, front suspension, and floorpan, allowing greater isolation of road and engine harshness (the design was conceptually similar to the Chevrolet Camaro and Pontiac Firebird that would debut for 1967).

To fit into the tight space, Oldsmobile adopted torsion bars for the Toronado’s front suspension (the first GM passenger car application of torsion bars in the US, but still not up to Packard’s automatic ride leveling system), with conventional, unequal-length double wishbones. The Toronado’s rear suspension was a simple beam axle on single leaf springs, unusual only in having dual shock absorbers, one vertical, one horizontal (allowing it to act as a radius rod to control wheel movement).

If this Toronado turns out to look as good in person as it does in the limited pictures provided, this will be a lot of car for the form asking price…literally. The only caveat is what the seller defines as “needs minor work.”

WILL Trade for a Plymouth Prowler in Purple paint ! lol

“if” interested, Please email me back with ANY Questions about the car.
Thanks !”

Show or go: what would you do with this Toronado?  Comment below and let us know! 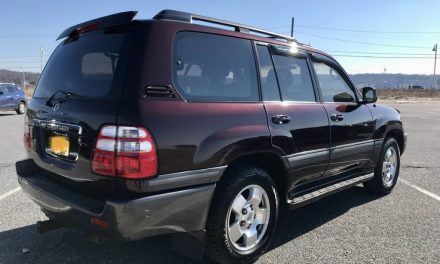 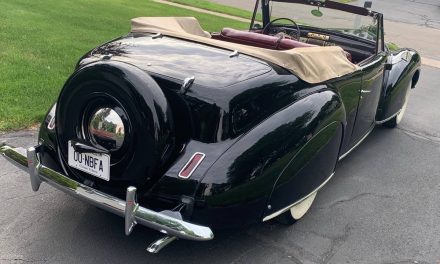 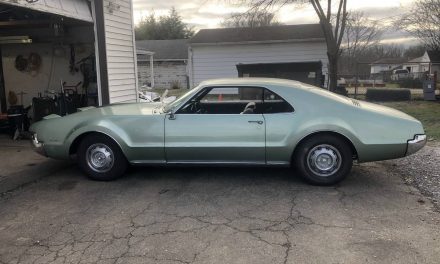