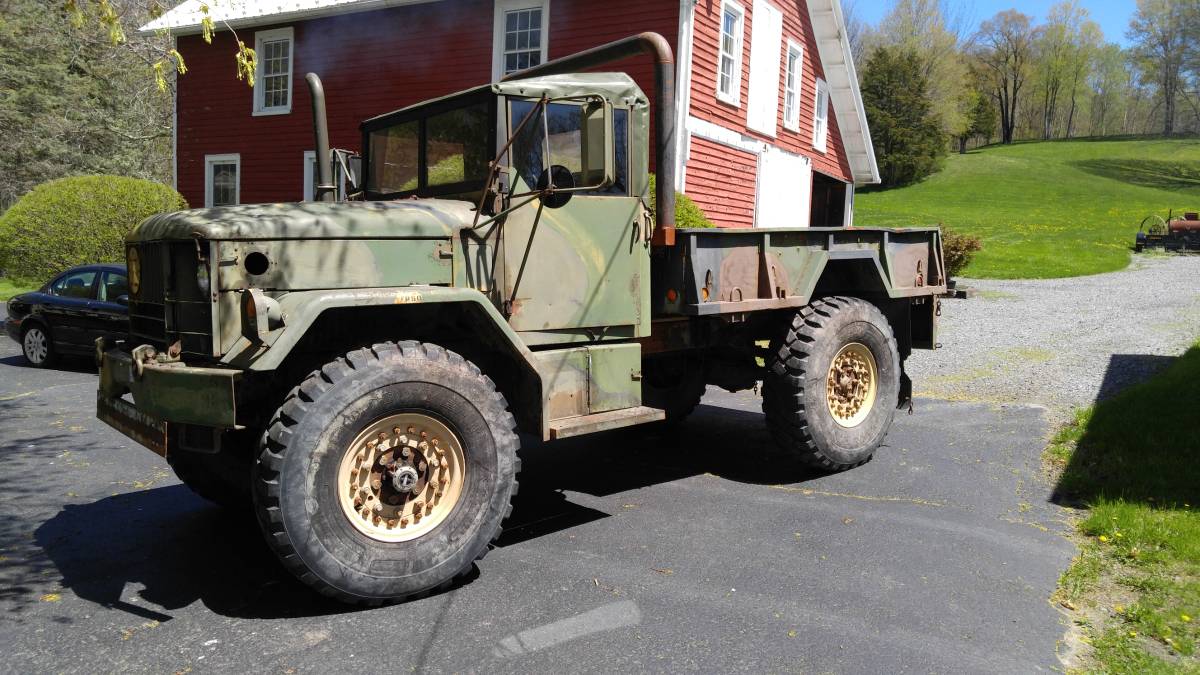 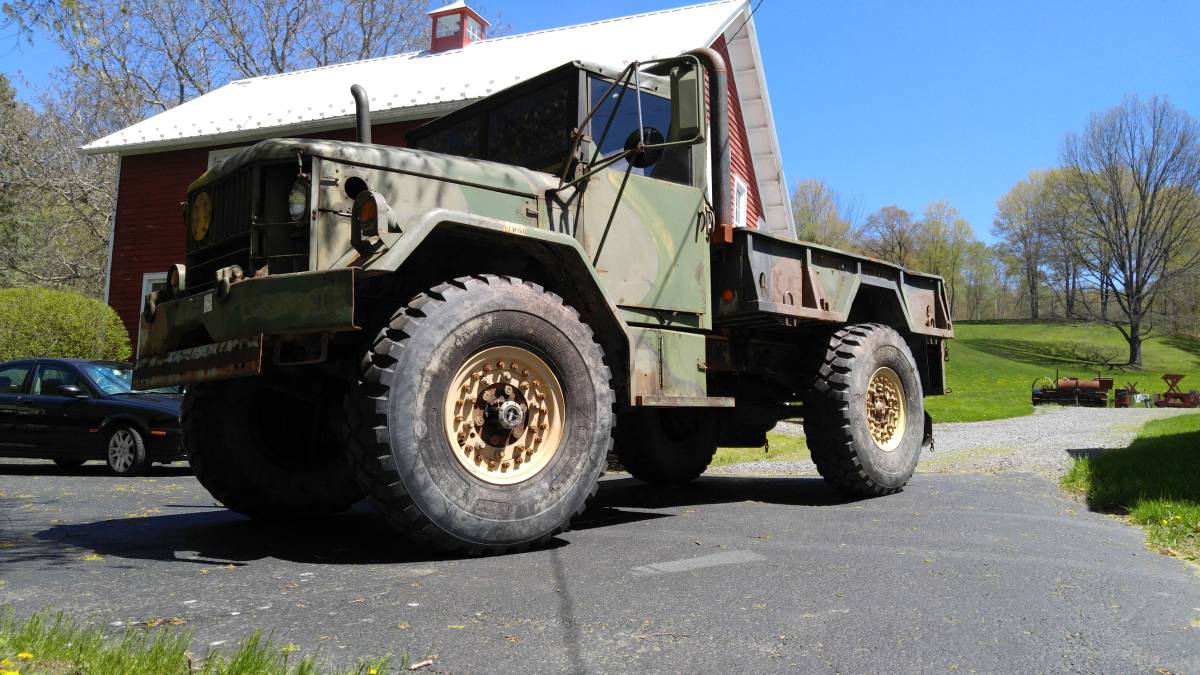 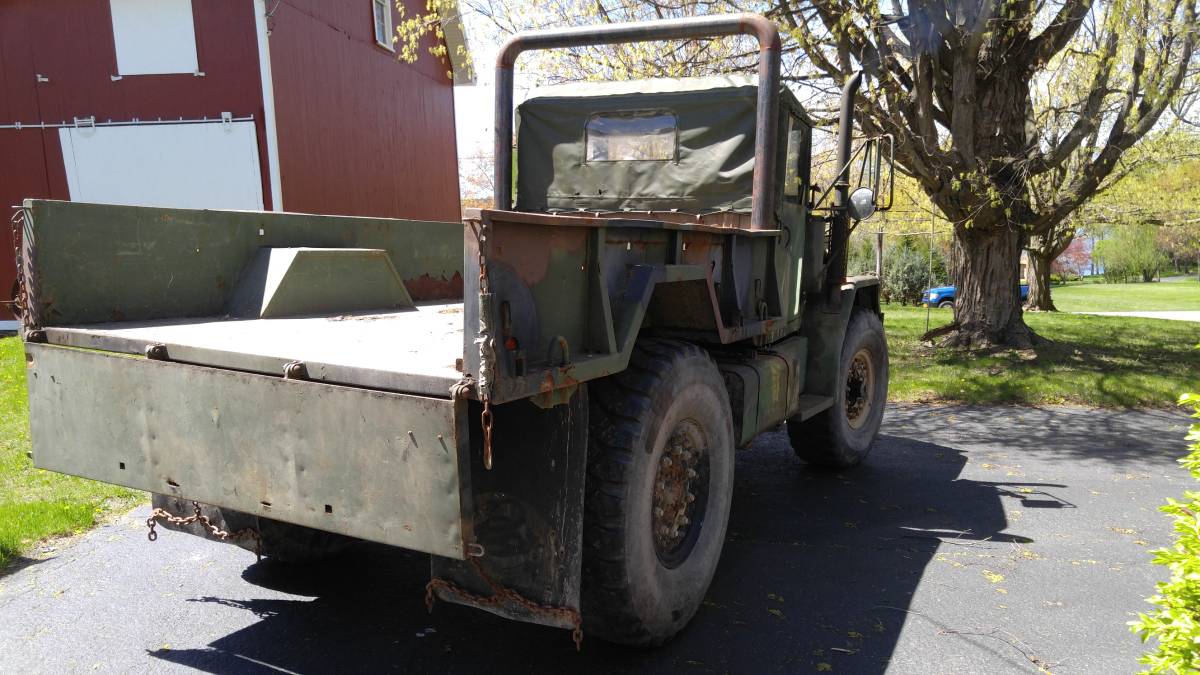 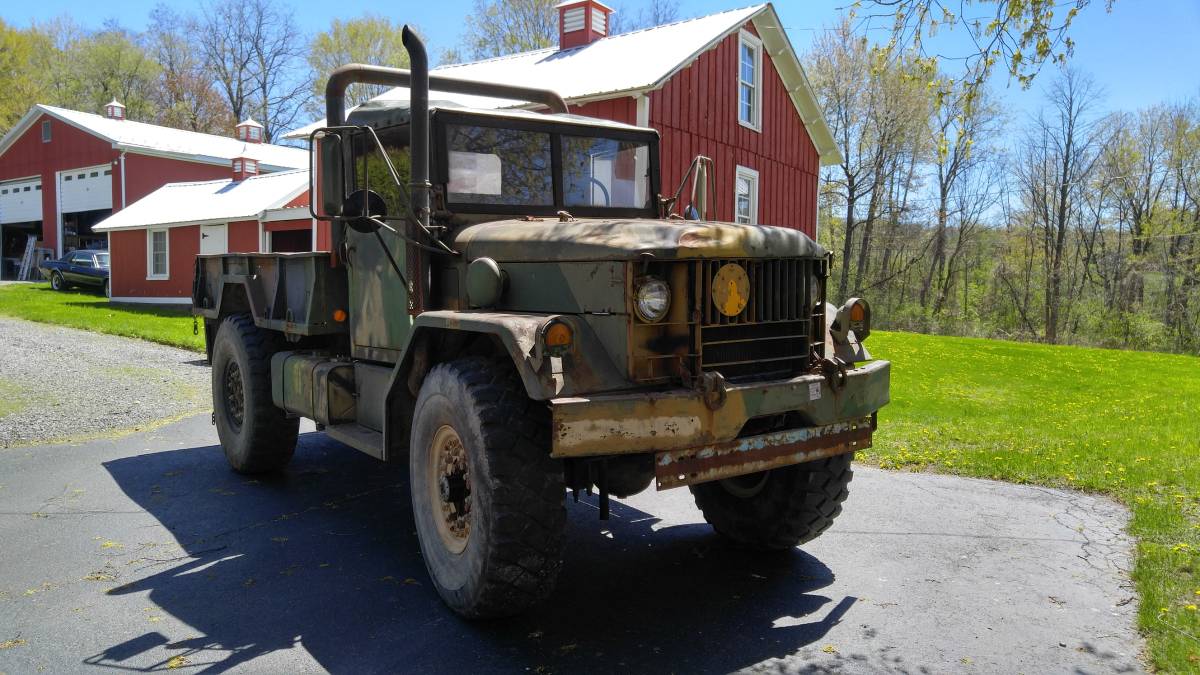 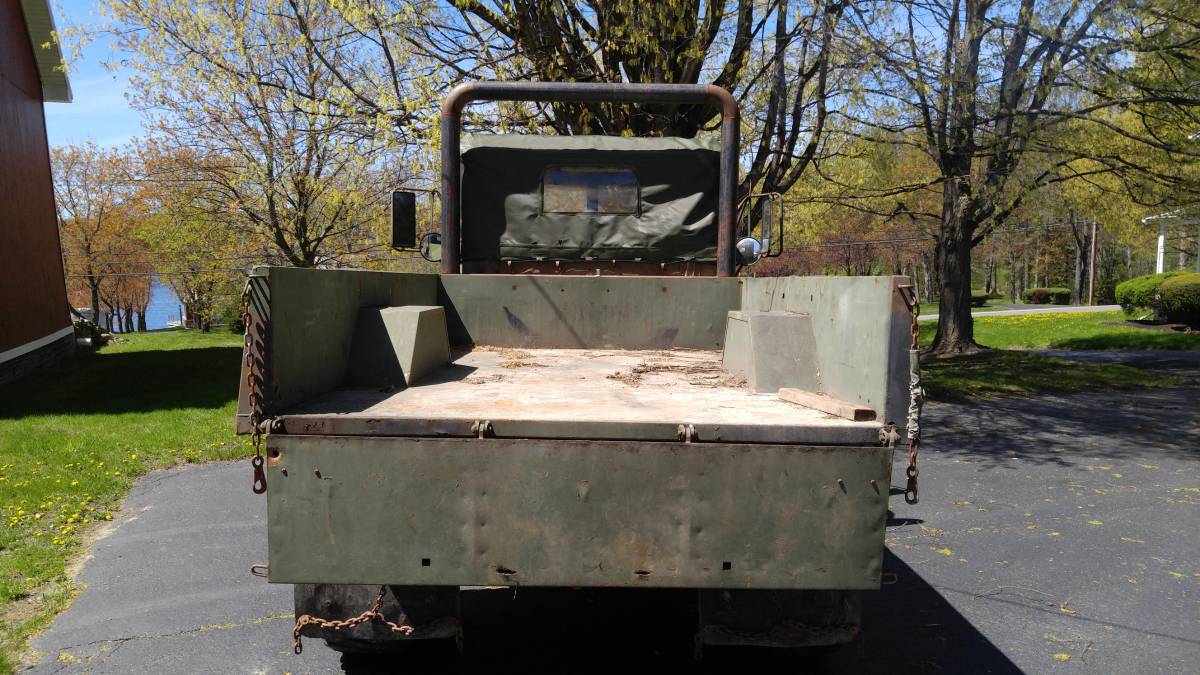 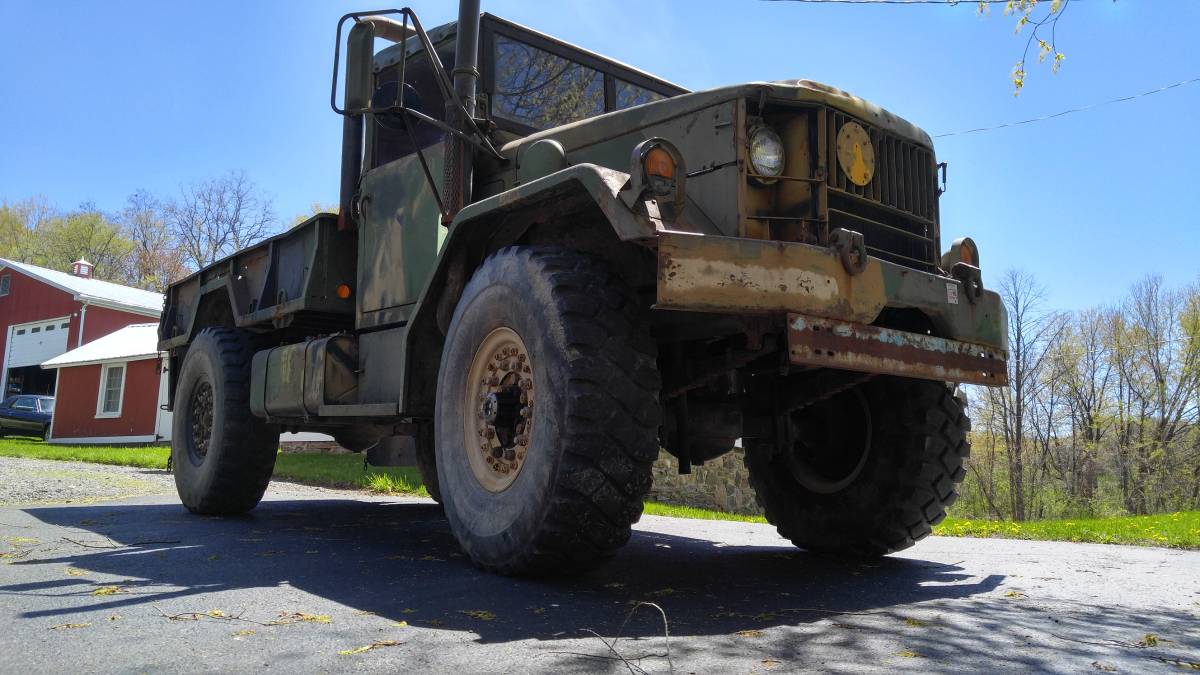 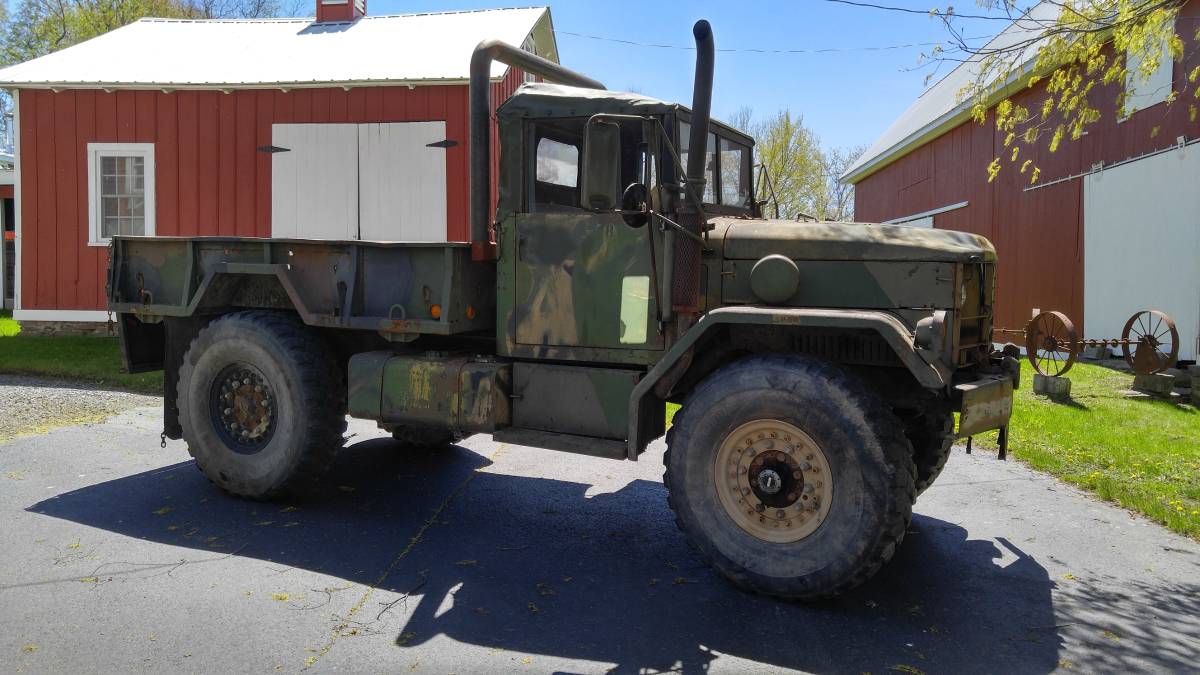 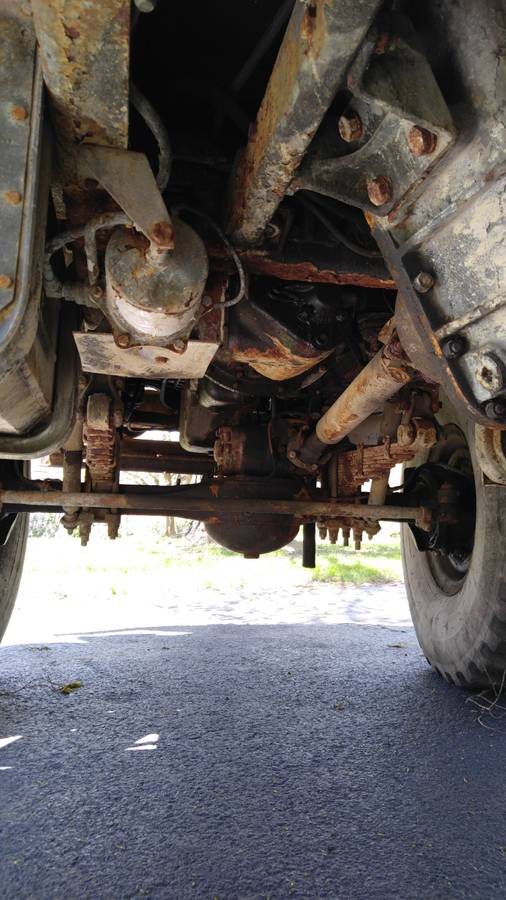 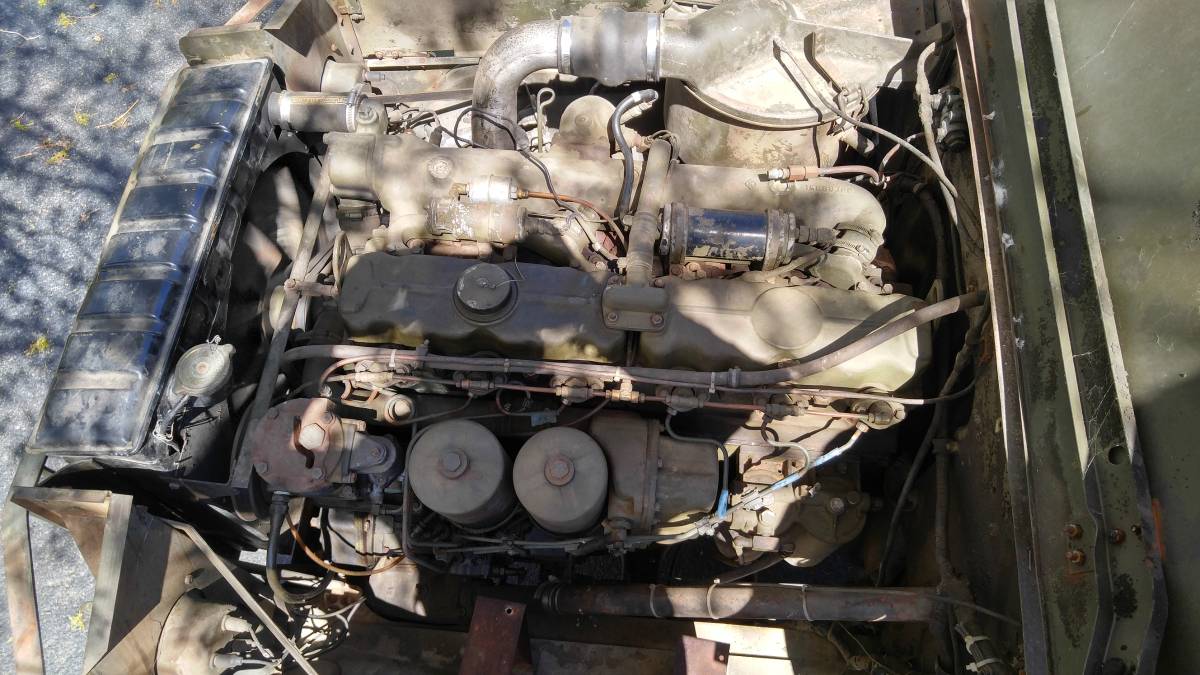 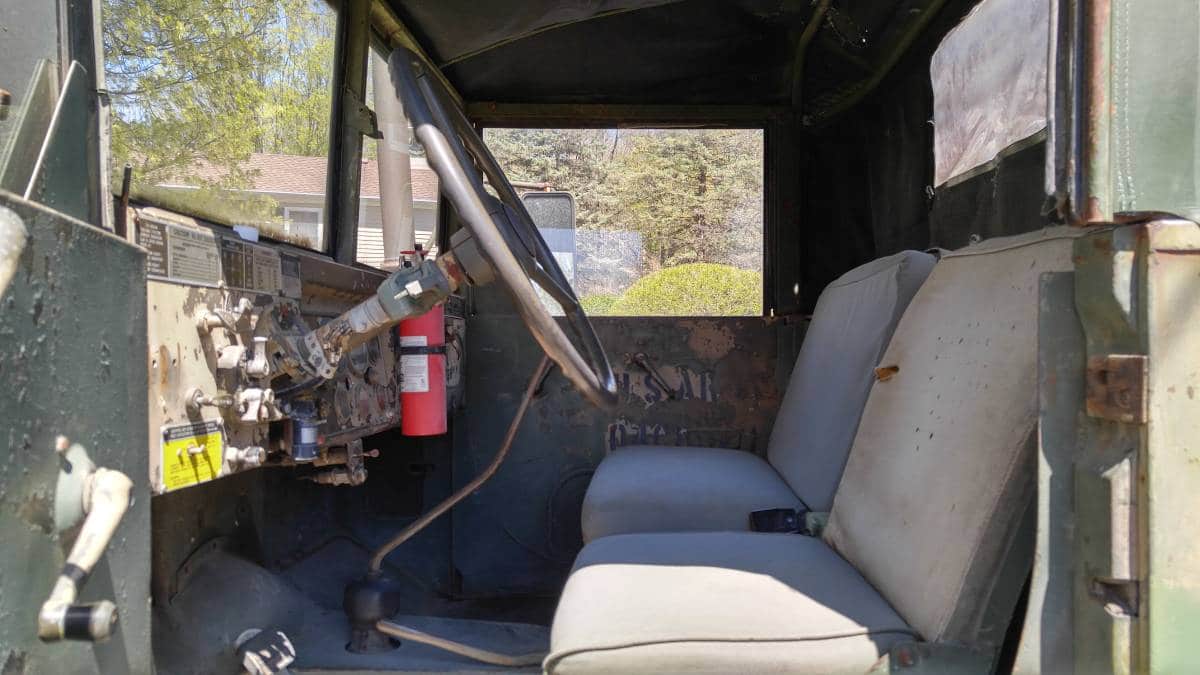 September 27, 2021 Update – We just confirmed the listing for this “Classifind” expired, so with no replacement found we’re assuming this ride “Sold?” While this one got away, please reach out either by email or call us directly if you’d like to be informed when we come across something similar.

When you need a classic 4×4 truck that can haul just about anything over just about anything, you might want to consider a “Bobbed Deuce” version of AM General’s venerable World World II truck, the M35A1.  Our latest example is a 1971 model originally listed in September 2021 on Craigslist in Penn Yan, New York with an asking price of $9,000.  We don’t have an official pricing source for vehicles like this, however online research on military vehicle sites seems to indicate this price is in line with the market given its modifications.

The M35 2 1/2 Ton 6×6 truck has been a military staple dating back to just after World War II.  The basic M35 cargo truck, nicknamed “Deuce and a half”, is capable of carrying 5,000 pounds of cargo off-road or 10,000 pounds on pavement.  In addition to having capable all-wheel-drive systems and a power-take-off to run accessories, the most notable feature is the M35’s multi-fuel engine, which is designed to operate reliably on a wide variety of fuels, including diesel fuel, jet fuel, kerosene, heating oil, or gasoline in an emergency.

What makes this example a “Bobbed Deuce” is the removal of the second rear axle combined with a shortened frame and bed.  This is where you will need to spend time inspecting the quality of the conversion work to ensure your M35 is safe and will track true when going in a straight line. In the spirit of “A video is worth one million words”, the seller provides this walk-around video of their Bobbed Deuce running:

This truck has likely, shall we say, seen things. So says the seller and you’ll have to read his description below to learn what that is.  The seller is quick to point out this is a project truck that has not been road legal since 2016, so God only knows how you get this Bobbed Duece back to your garage to start work on sorting it for road use.

“If you’re looking for a beast of a road-legal war machine from the past then look no further! This is a 1971 M35-A2 AM General which has been “Bobbed” (originally a “Duece and a Half” 6×6 2.5-ton military truck) for user-friendly roadworthiness! If you know what it takes to actually “Bobb” an original 6×6 then you know how expensive it is for this custom conversion. Comes with AVM locking hubs for easy front-wheel free spinning when on road to reduce wear and tear on moving parts and increase fuel efficiency. Custom heavy-duty roll bar was added for safety and that one-of-a-kind look. The soft top is in newer condition and weatherproof but is an 8 out of 10 due to minor rodent chewing of the interior surface when it was stored separately from truck. The truck runs as it should and drives as it should but will need brake work of which the new parts will be supplied with the sale of the truck (see list of parts going with the truck below). The emergency braking system works fine. The power plant is a Hercules “Multi-Fuel” in line 6 cylinder. I would recommend running diesel, NOT gasoline. The truck has surface rust in places but is super solid for its age and worthy of putting back on road. The truck was last on the road in 2016. I purchased this truck two years ago and simply realized I have way too many projects and don’t have the resources to give it the attention it so rightly deserves. I discovered a bullet hole in an inconspicuous area of the tailgate of the trailer bed. No doubt from a large armor-piercing round. The trailer beds are added during the “Bobbing” process so most likely the trailer bed when it was used as a trailer is what took the hit…not the truck. I’m sure this vehicle has seen action but don’t have much on its history. Tires are massive 14.00R20 = 14″ Wide x 48″ Tall. I have a spare for the front passenger side which could use replacement. This is more than just a beastly truck…. it’s a truck that has served our military troops most likely in the Vietnam War era which “officially” ended in 1975! It deserves to go to a new owner who appreciates the “value-added” that comes with this truck and will take care of it!! Enjoy!​“

Restore or drive as-is: what would you do with this Bobbed Deuce?  Comment below and let us know!