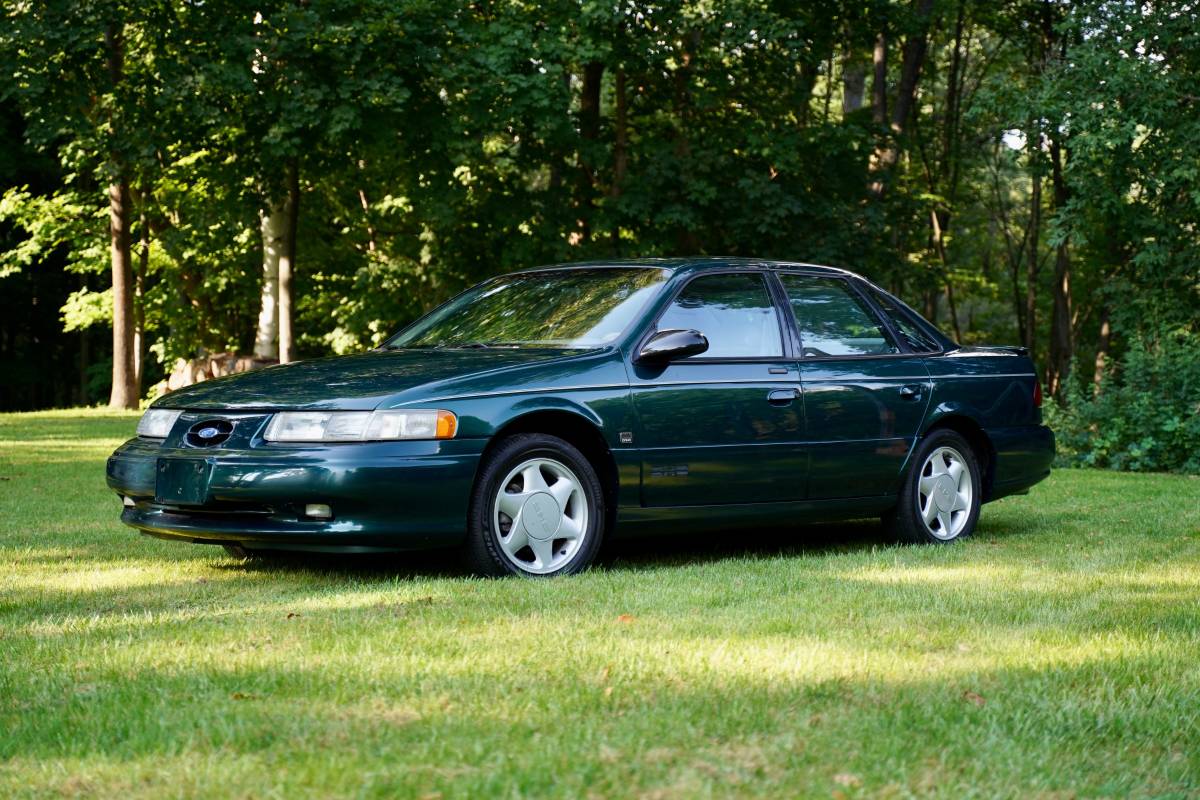 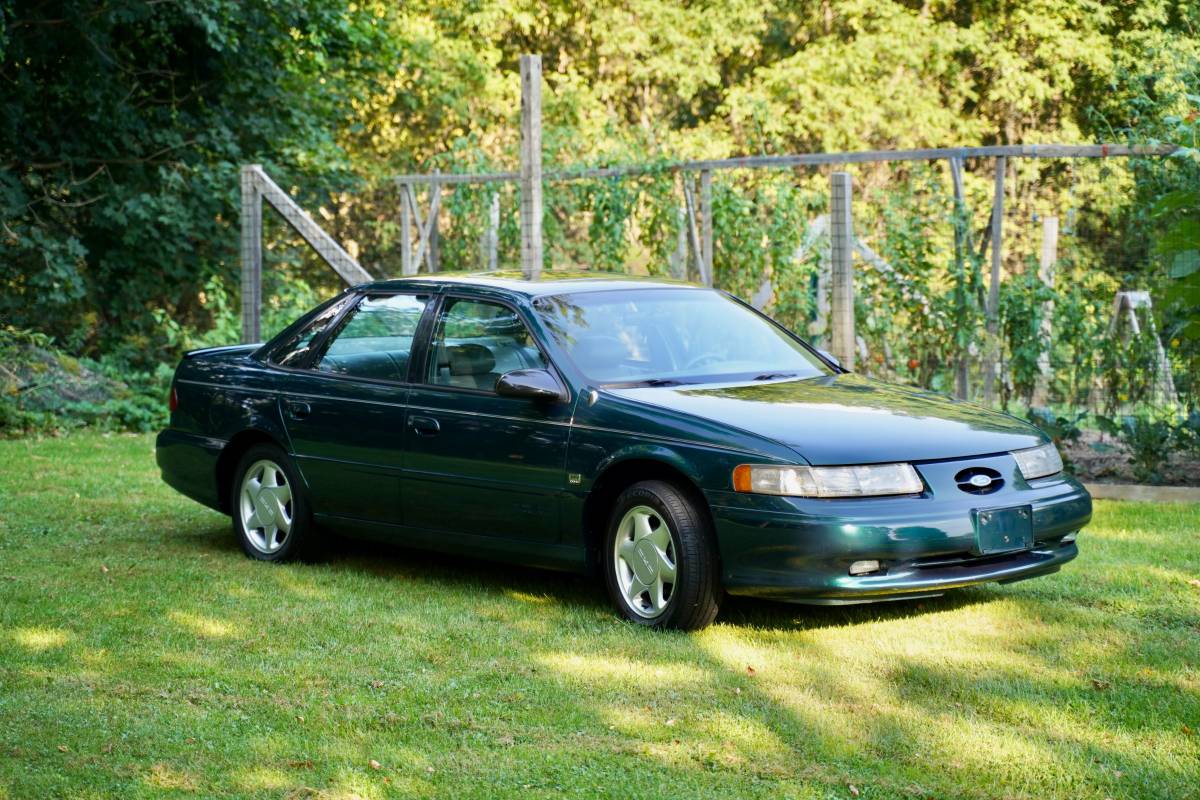 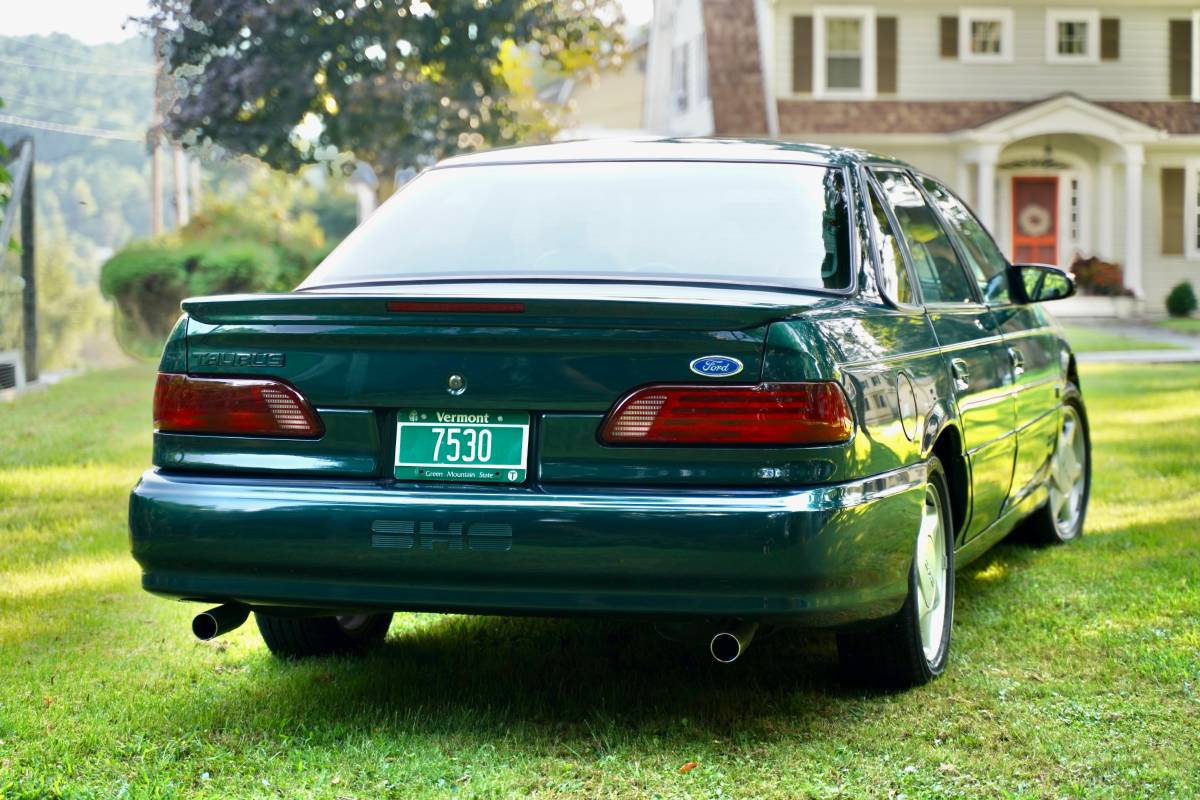 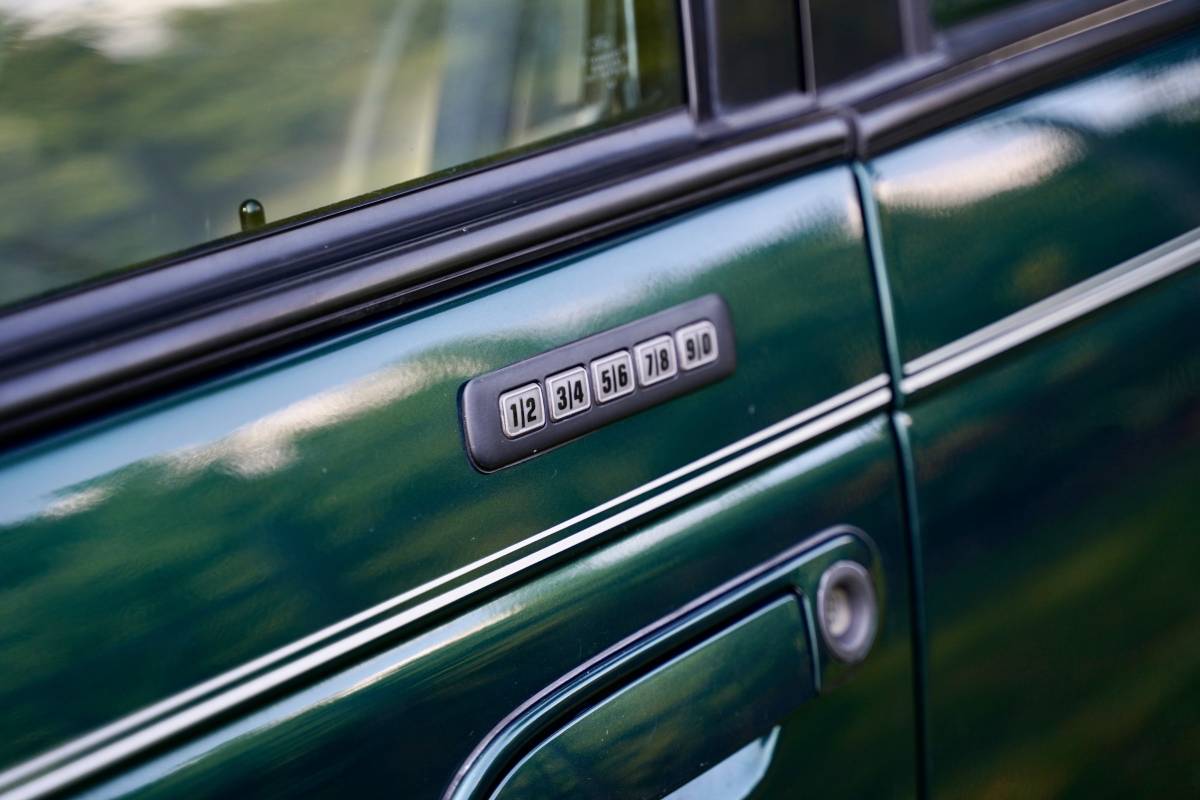 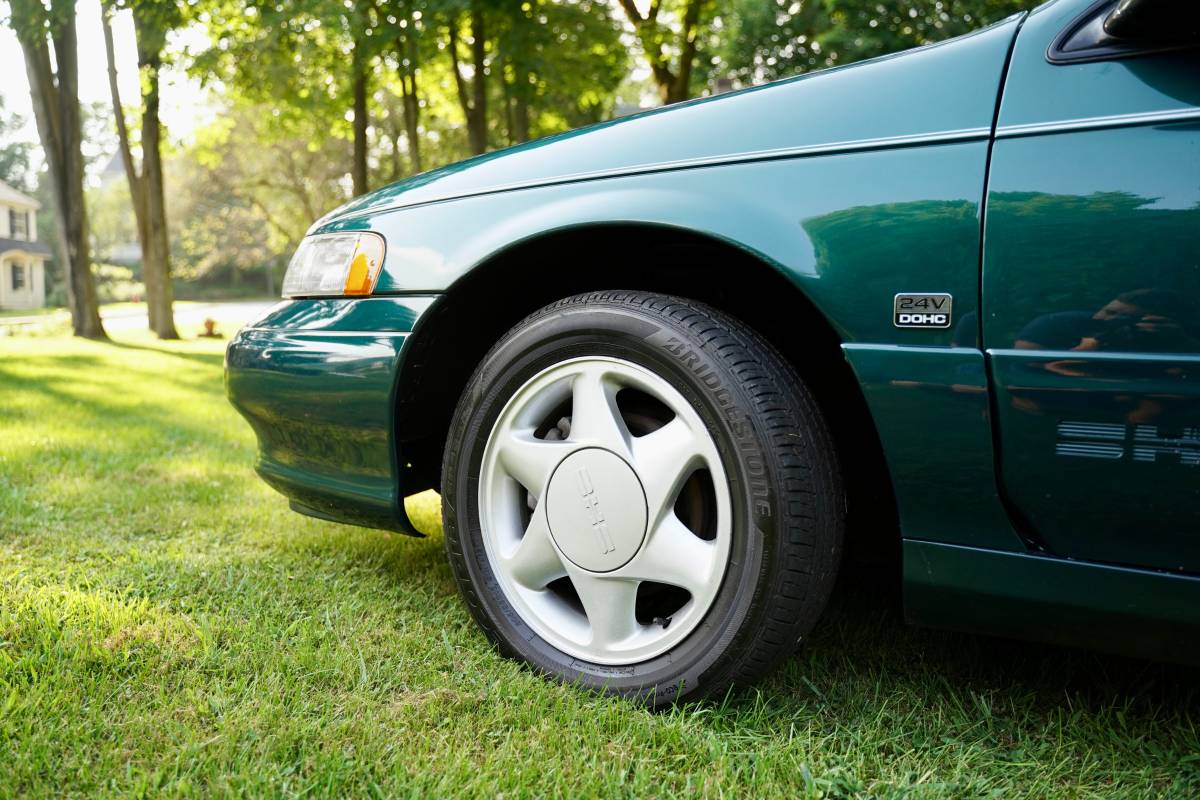 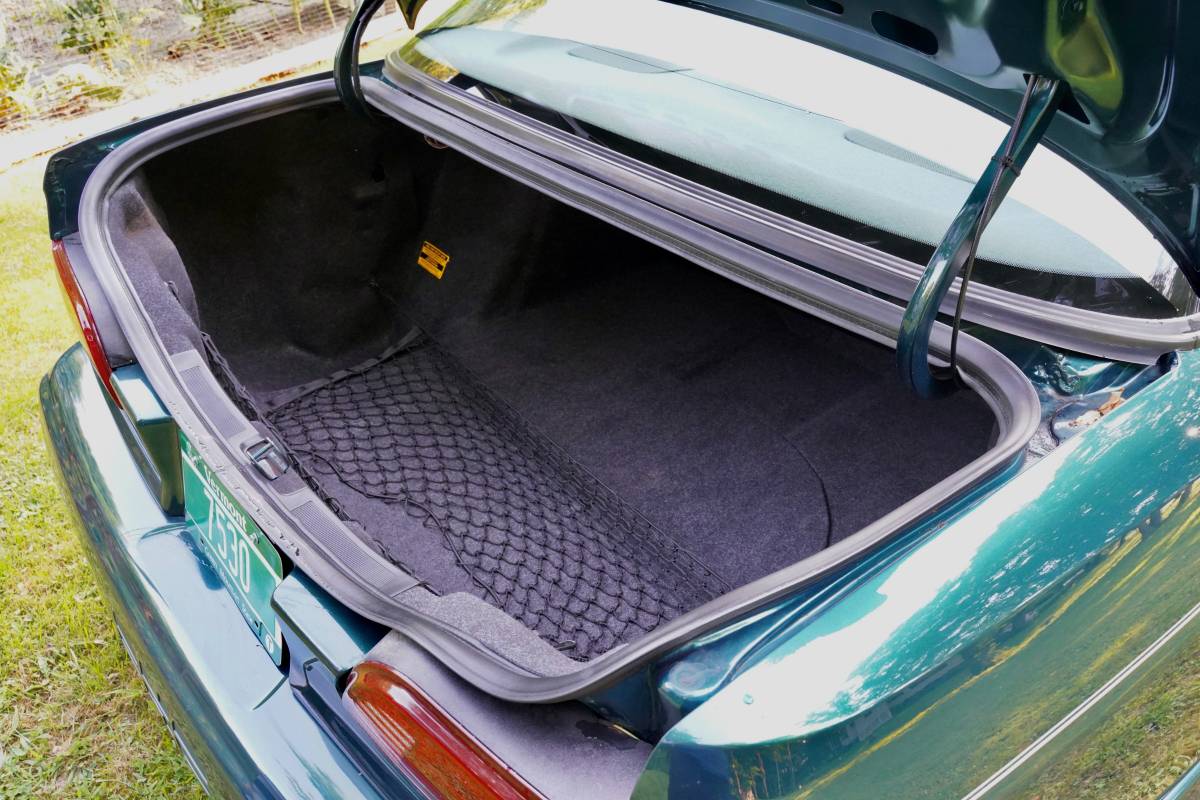 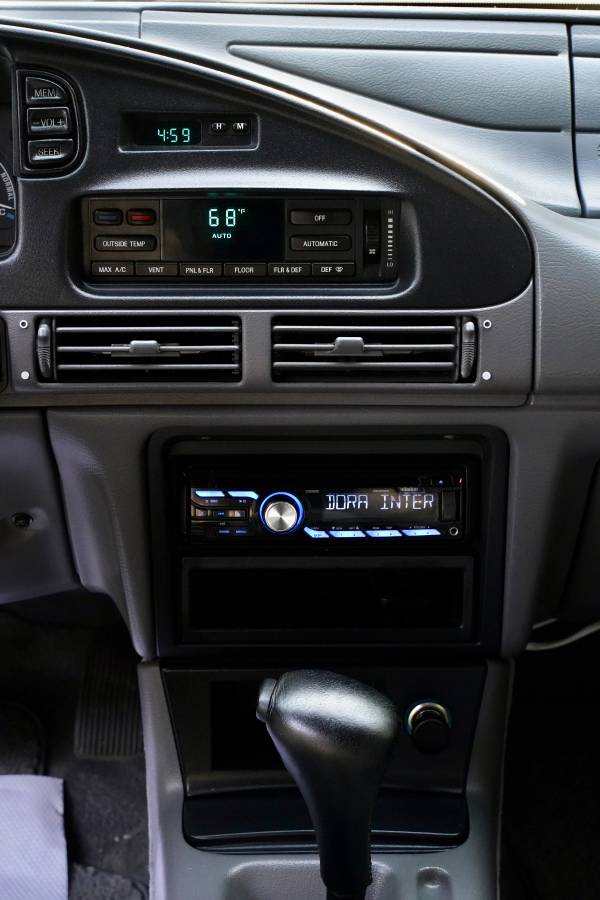 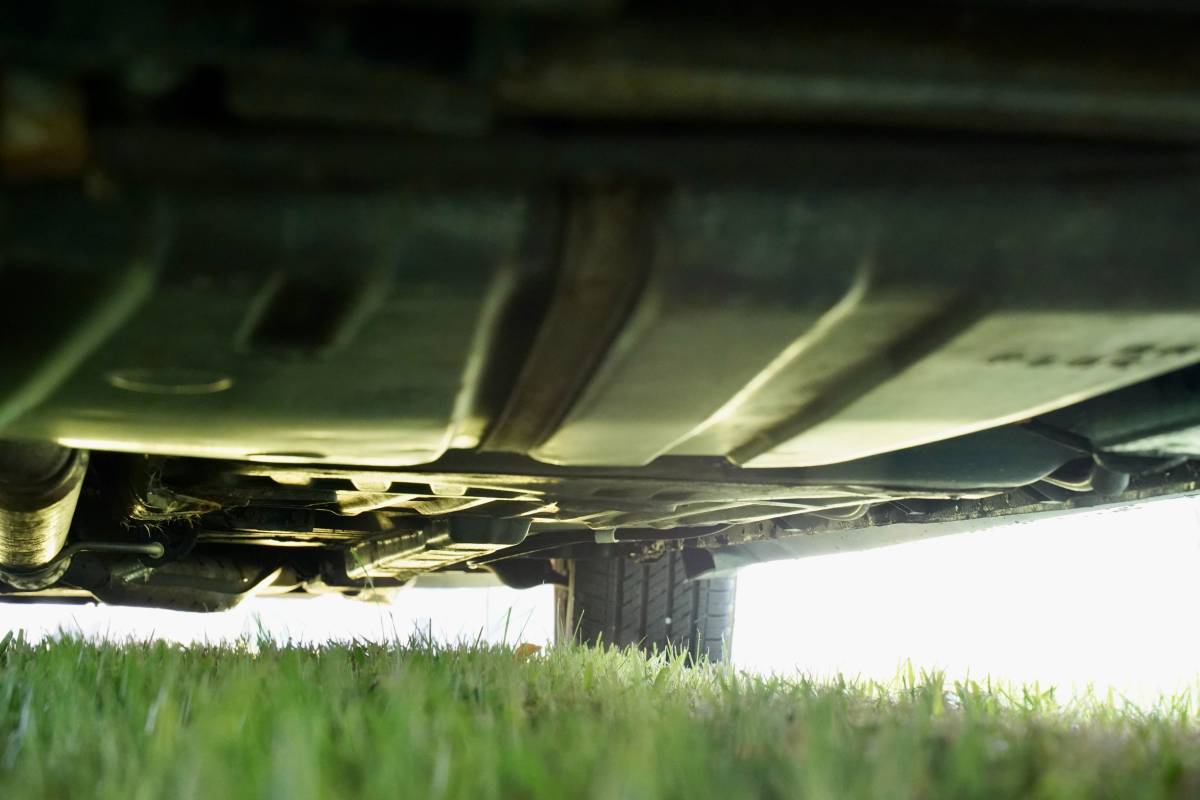 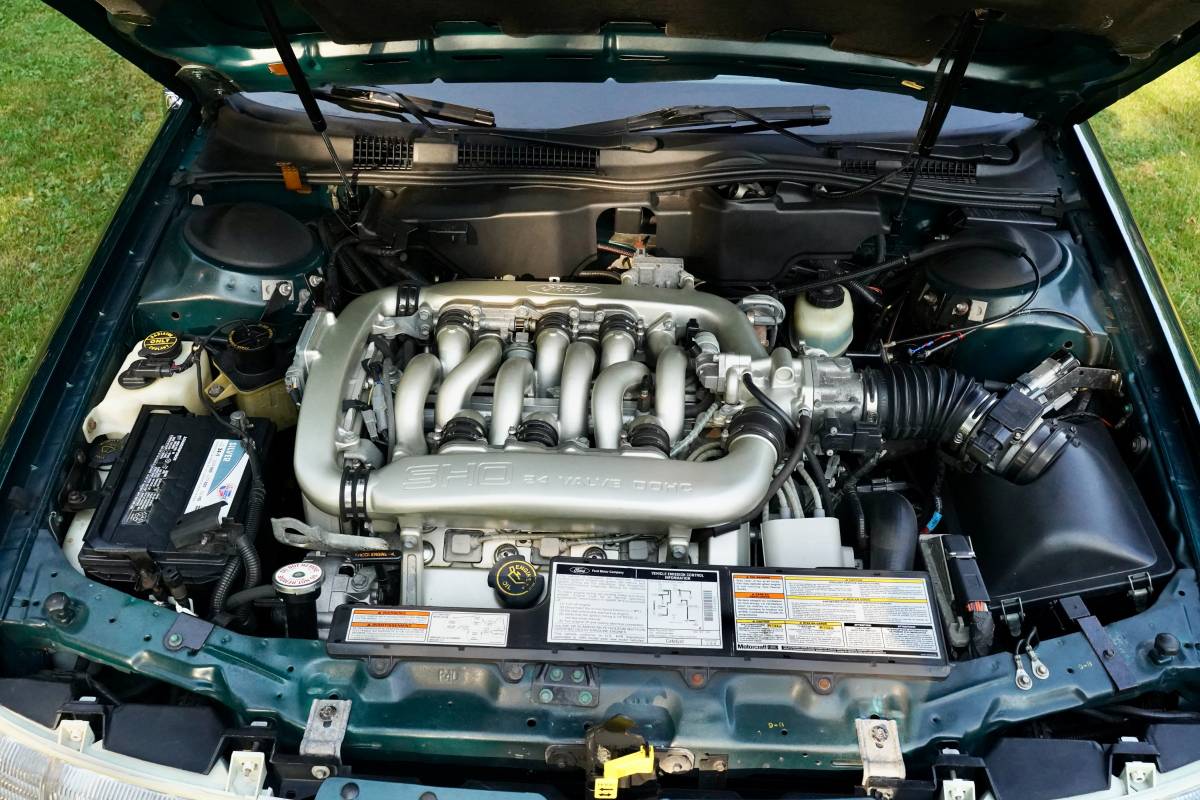 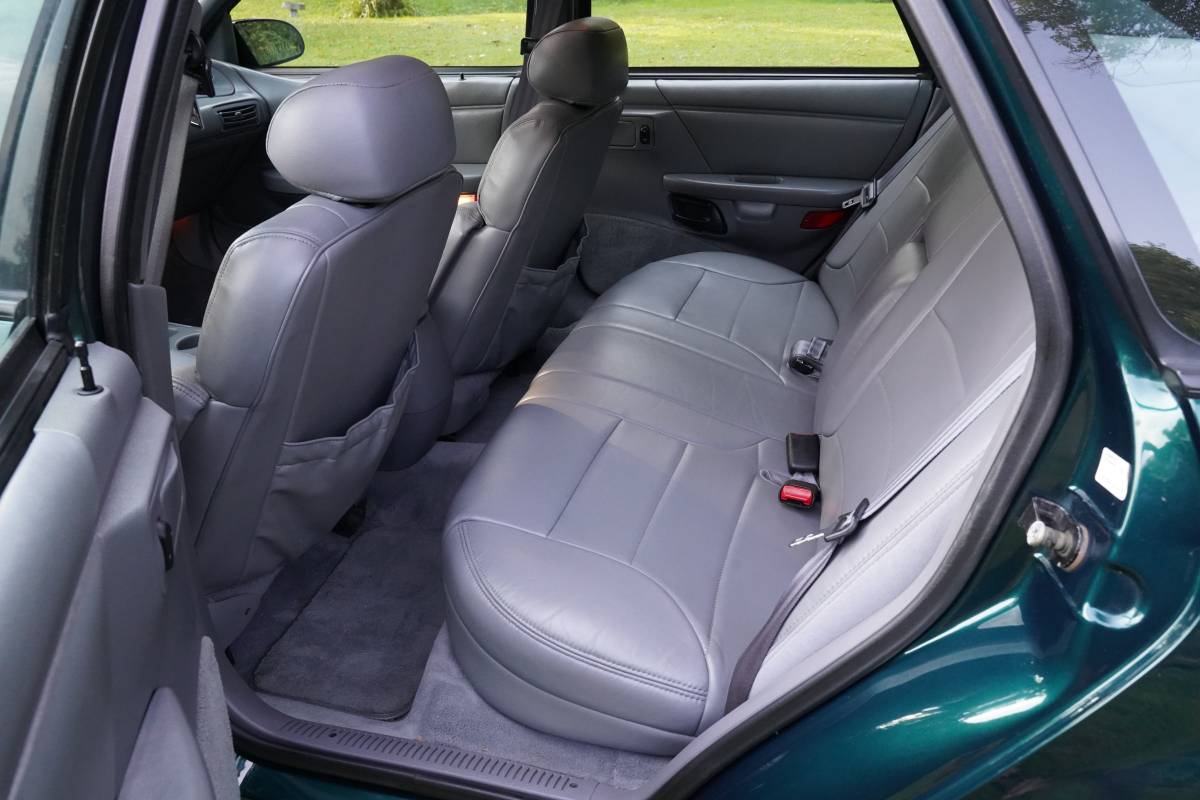 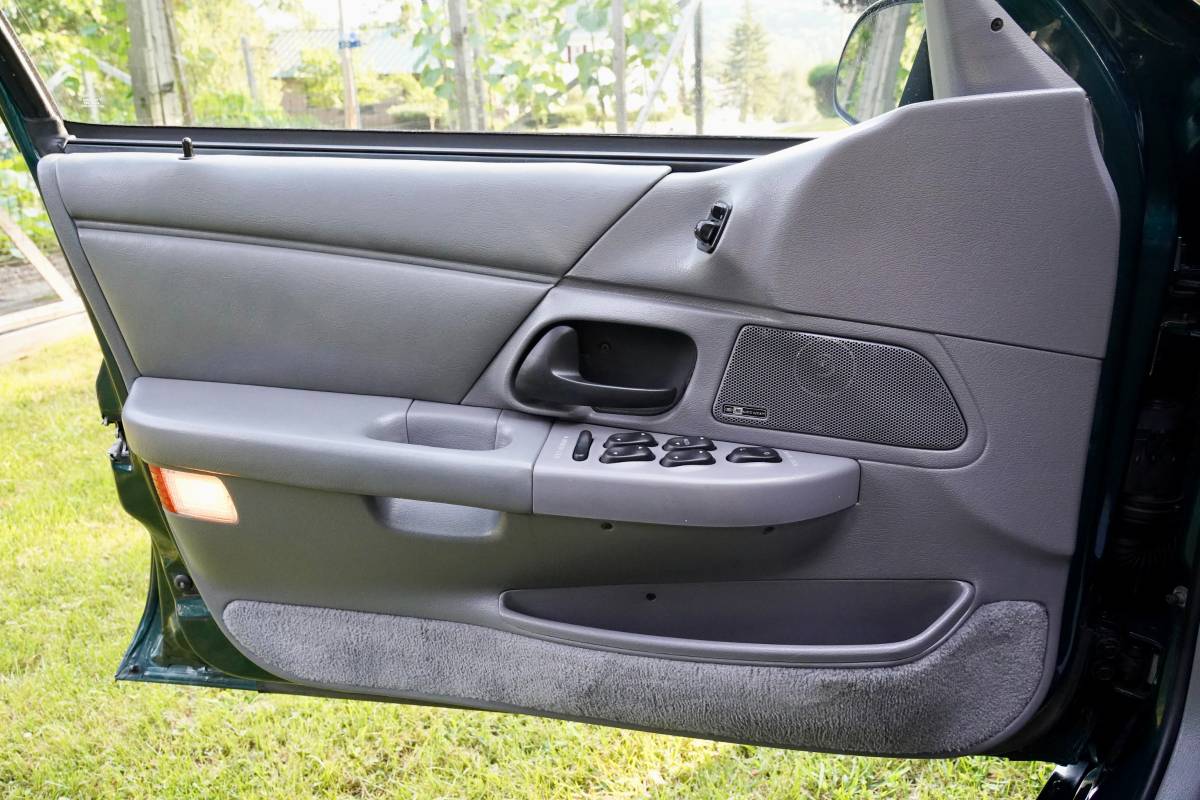 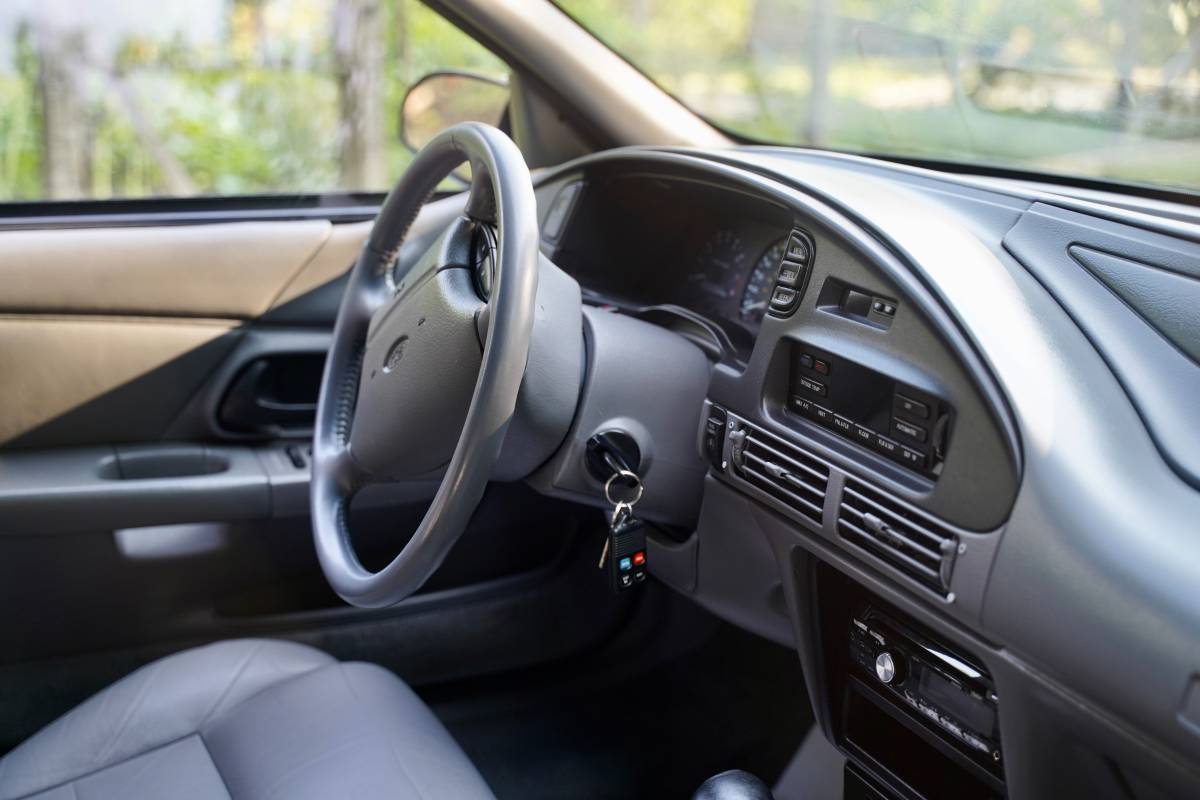 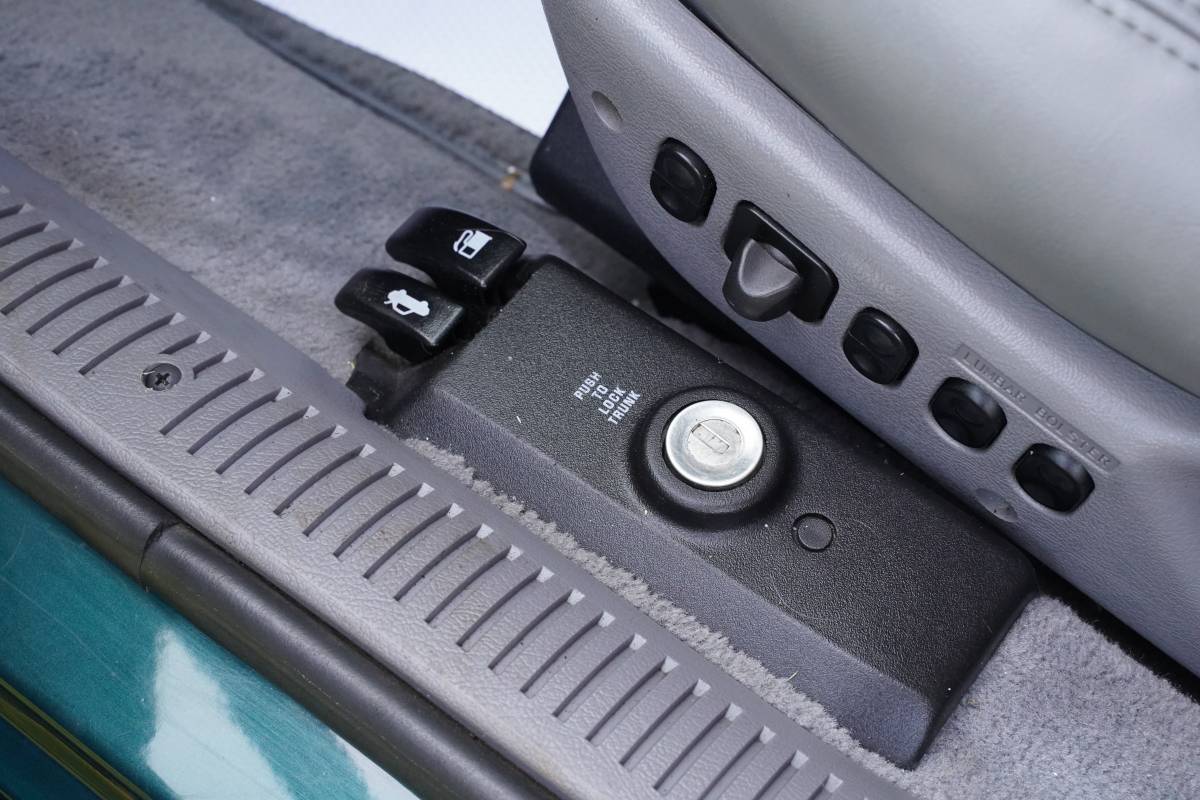 October 7, 2021 Update – We just confirmed the listing for this “Classifind” expired, so with no replacement found we’re assuming this ride “Sold?” While this one got away, please reach out either by email or call us directly if you’d like to be informed when we come across something similar.

The Ford Taurus is about as American as apple pie, a gold standard in mid-sized family sedans. Despite at one time appearing to be as plebian as a bowling alley food court, the Taurus of yesteryear conveys feelings of nostalgia today, as the family sedan gets eaten alive by legions of crossovers. Therefore, if you want to pay tribute to the fallen icon without having to actually drive a Taurus, the Taurus SHO is your answer. This 1995 SHO originally listed in September 2021 on Craigslist in Montpelier, Vermont is a second-generation model described as an award winner with loads of recent maintenance completed and an asking price of $10,600.   Comparing this price against the Hagerty Insurance Online Valuation Tool tells us that the best SHO in the world is worth $15,400, with an “Excellent” example valued at $8,600.

The SHO – short for Super High Output – had all the makings of a legend. Anytime you take a family car and give it a hot rod drivetrain, lowered stance, big wheels, and an optional manual gearbox, your chances of having created a recipe for success are incredibly likely. The SHO was this car, and frankly one of the best examples of a major manufacturer listening to enthusiasts and their inner-most cravings. As car people, we like the tried-and-true sports car, but there’s something enormously appealing about a vehicle doing something it shouldn’t. In the case of a manual-equipped SHO screaming towards its lofty redline, it becomes the four-wheeled equivalent of a monk break dancing at a winery.

We came across this MotorWeek RetroReview on YouTube featuring their test of the then-new second-generation 1993 SHO:

All that said, the SHO hasn’t become the domestic equivalent of a Lotus Carlton despite seemingly featuring all of the same ingredients. The good news is you can still get an extremely nice example – like this car – for reasonable money. Many second-generation SHOs pop up for sale with very low prices because of the need for a somewhat expensive 60,000-mile service. Without it, certain mechanical issues can arise that encourage already negligent owners to throw in the towel and junk the high-performance sleeper sedan. This example is almost perfect, save for the somewhat rare automatic transmission. The seller claims it is a 2020 Saratoga National AACA First Place winner, and a genuine 67,000-mile example originally from Connecticut. The list of recent maintenance items is generous, to say the least, and if this was a five-speed model, I might be on the verge of making a bad decision. Good luck with the purchase if you’re braver than me!

This is NOT your average Ford Taurus. This is the SHO ( Super High Output) model powered by a factory 24 Valve DOHC, 220 HP Yamaha, 3.2V6 engine. It was engineered and designed by Ford to compete with the best of the European sport sedans. Performance is strong, with a zero-60 mph time of 6.6 seconds and a top speed of 143 mph. A whole lot of fun and just maybe an undervalued /appreciating collector car for not a lot of money. $10,600.

This SHO for sale is a documented award winning, 2020 Saratoga National AACA First Place recipient! Documented clean CARFAX, two owner Connecticut car with 67k miles. The photos I posted are helpful but a little dark to see just how shiny and original the Midnight Green Metallic exterior finish really is. The exterior, interior and undercarriage are incredibly impressive. That’s why it won first prize! I promise there are no scratches, dings or dents. No fading paint, emblems, moldings or rust outside. I promise there are no stains, tears, or worn/ broken /missing pieces inside. I promise ALL the equipment and accessories operate properly on this fully optioned SHO.

To keep the SHO in near perfect mechanical condition the following replacement work was performed within the last 4 months.

Included with the sale is the Carfax, first place AACA award and metal plaque, owners manuals and warranty plate, remote key fob. Also, the sound system and speakers were upgraded to a Clarion CD unit w/Bluetooth and Pandora capability.
I’m glad to answer any additional questions.

Note: The only imperfection is a 1” scrape on top of the left fender shown in the photo. Damn it. Private Sale: No costly dealer fees or add-ons.”