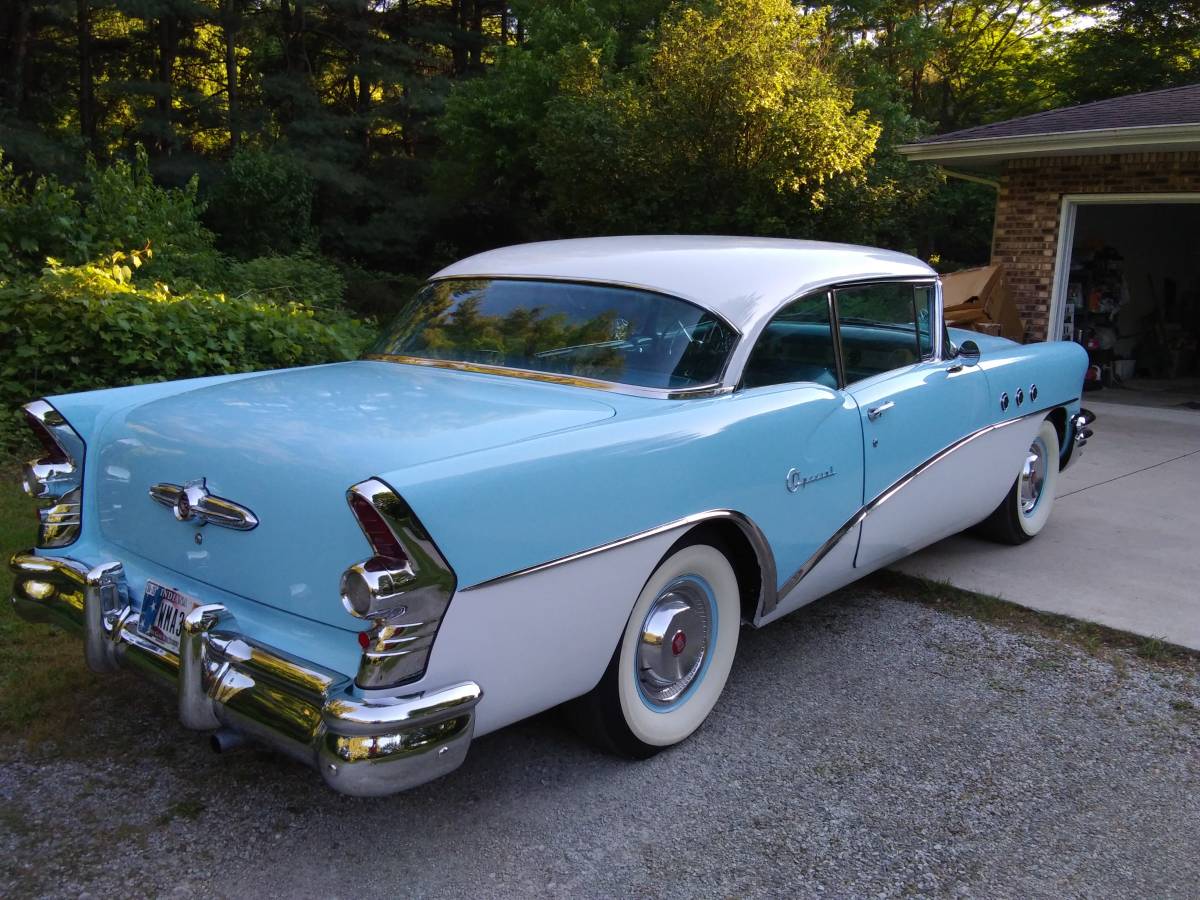 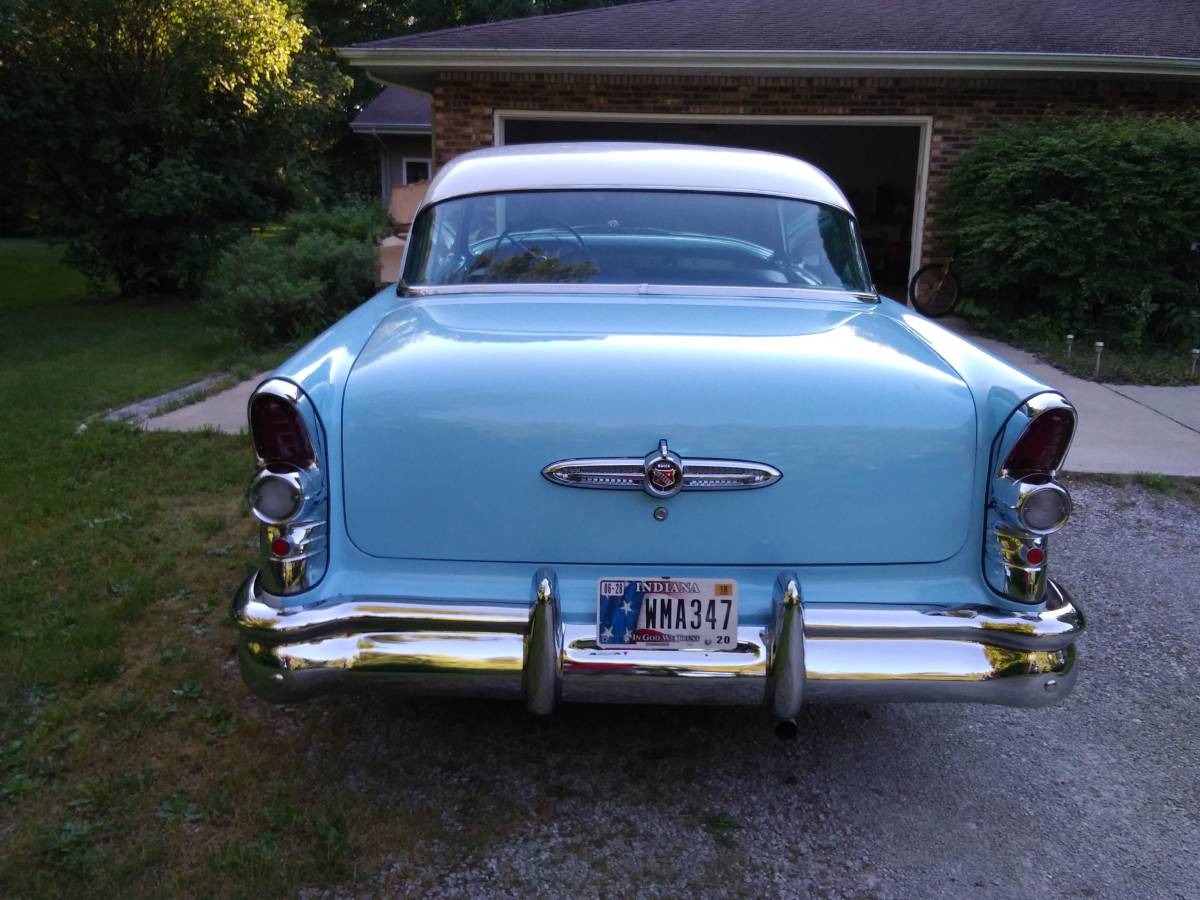 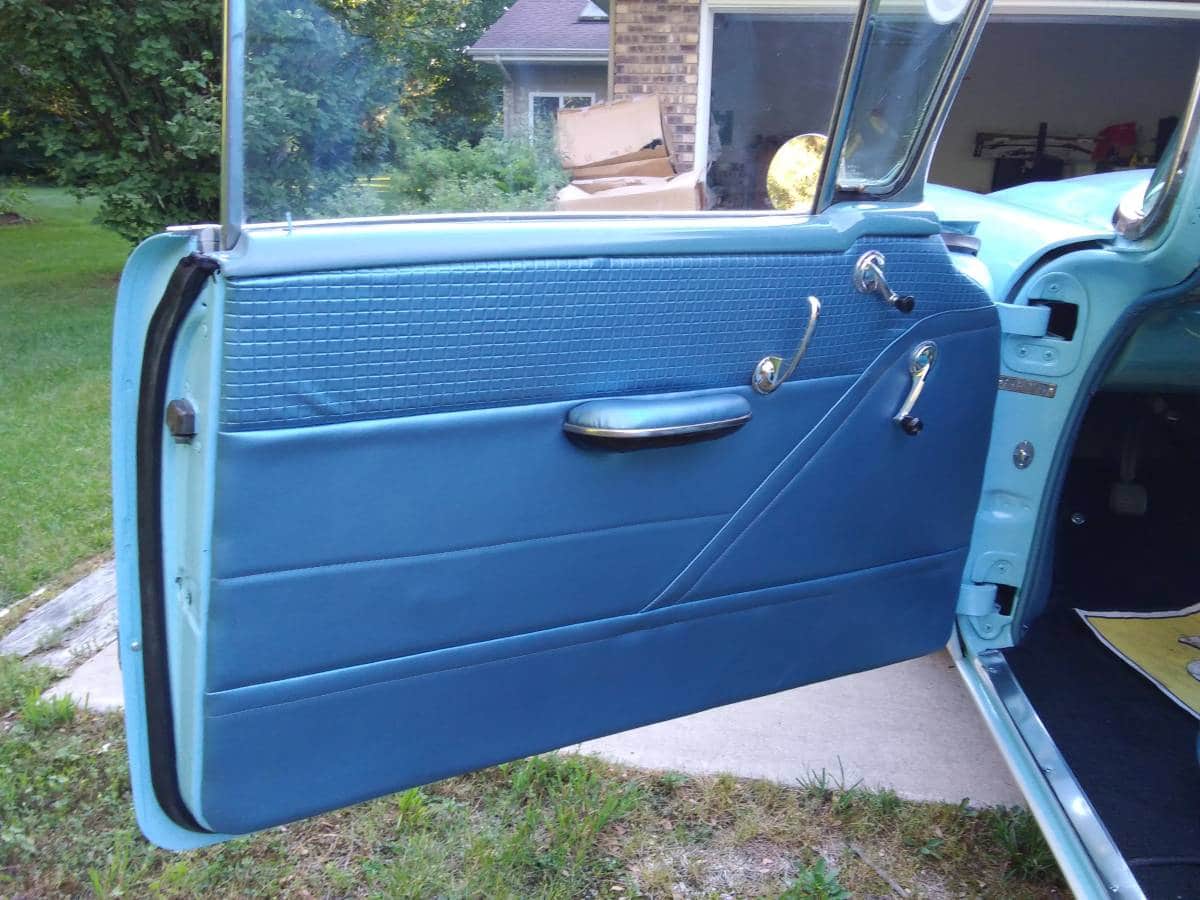 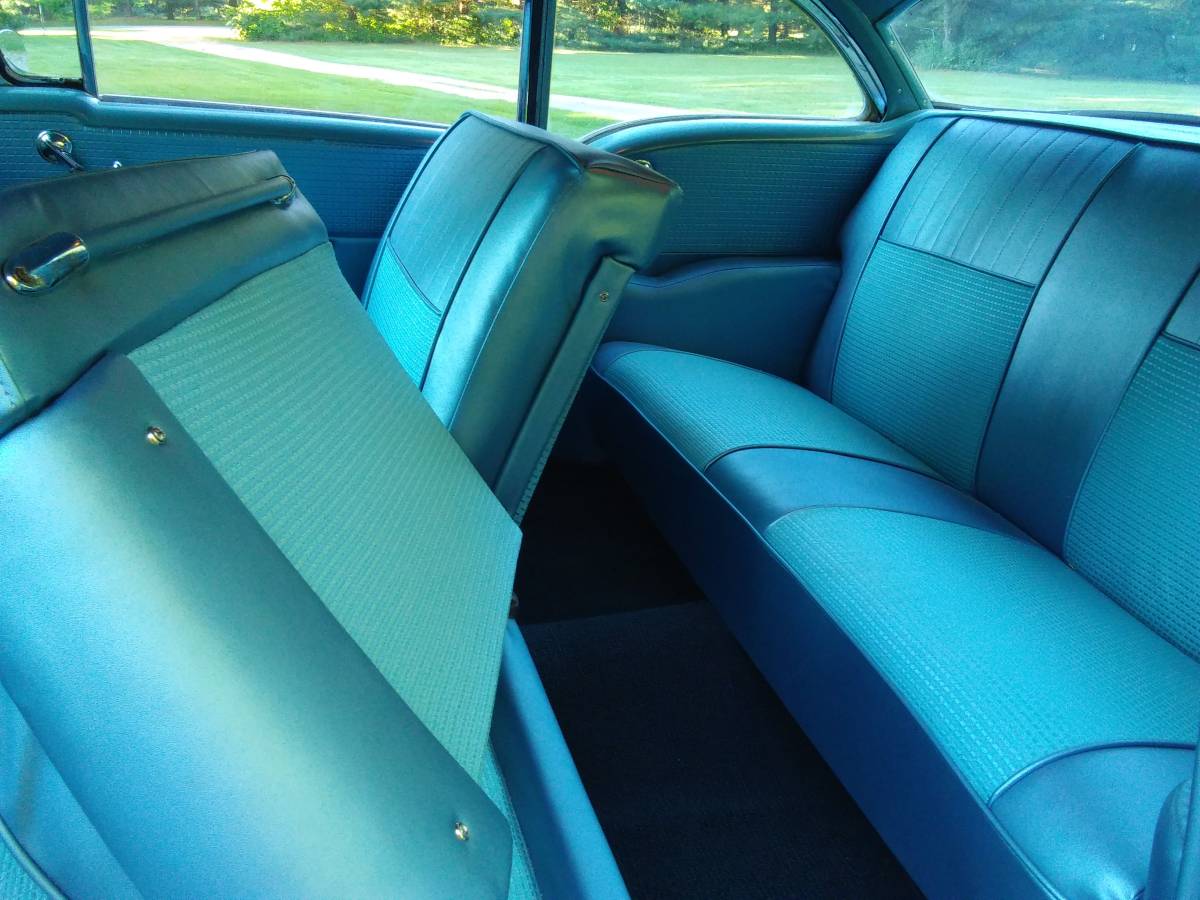 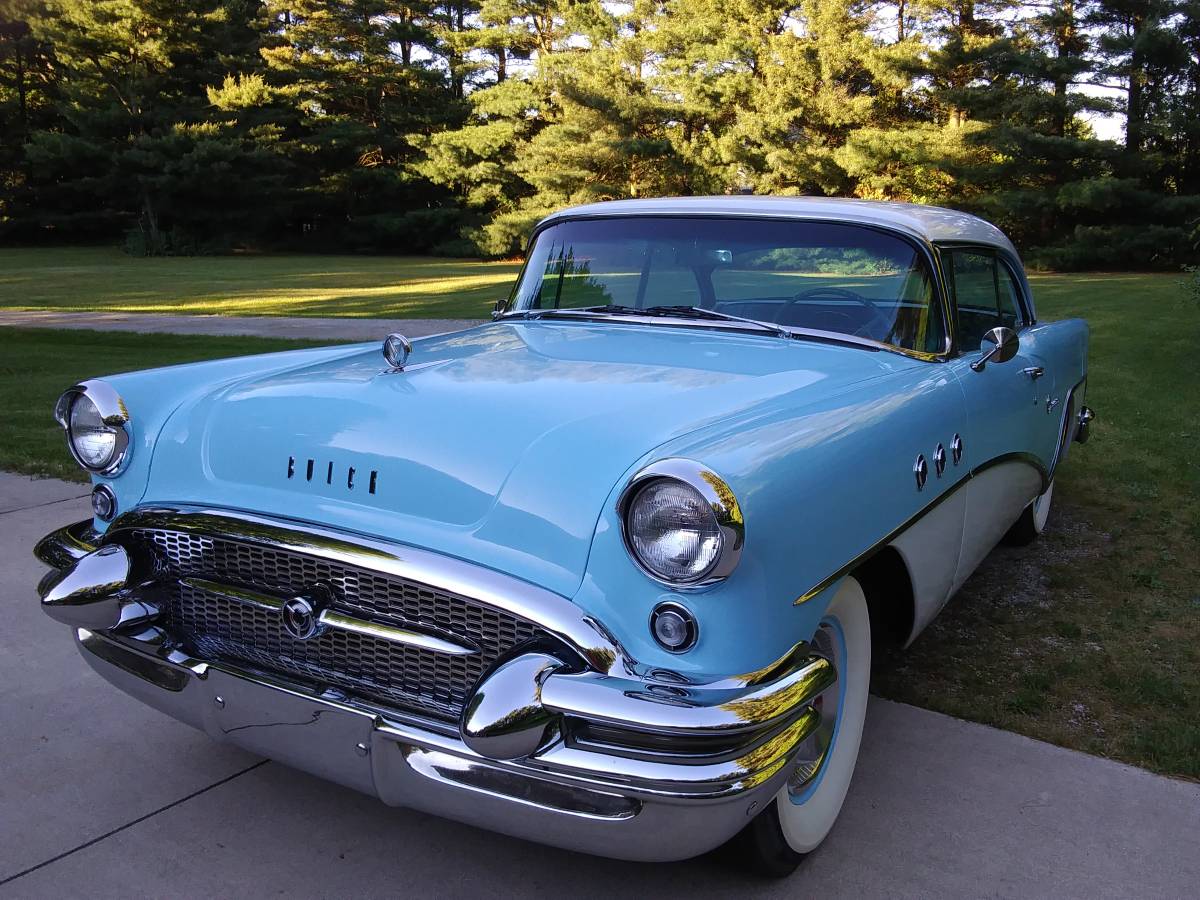 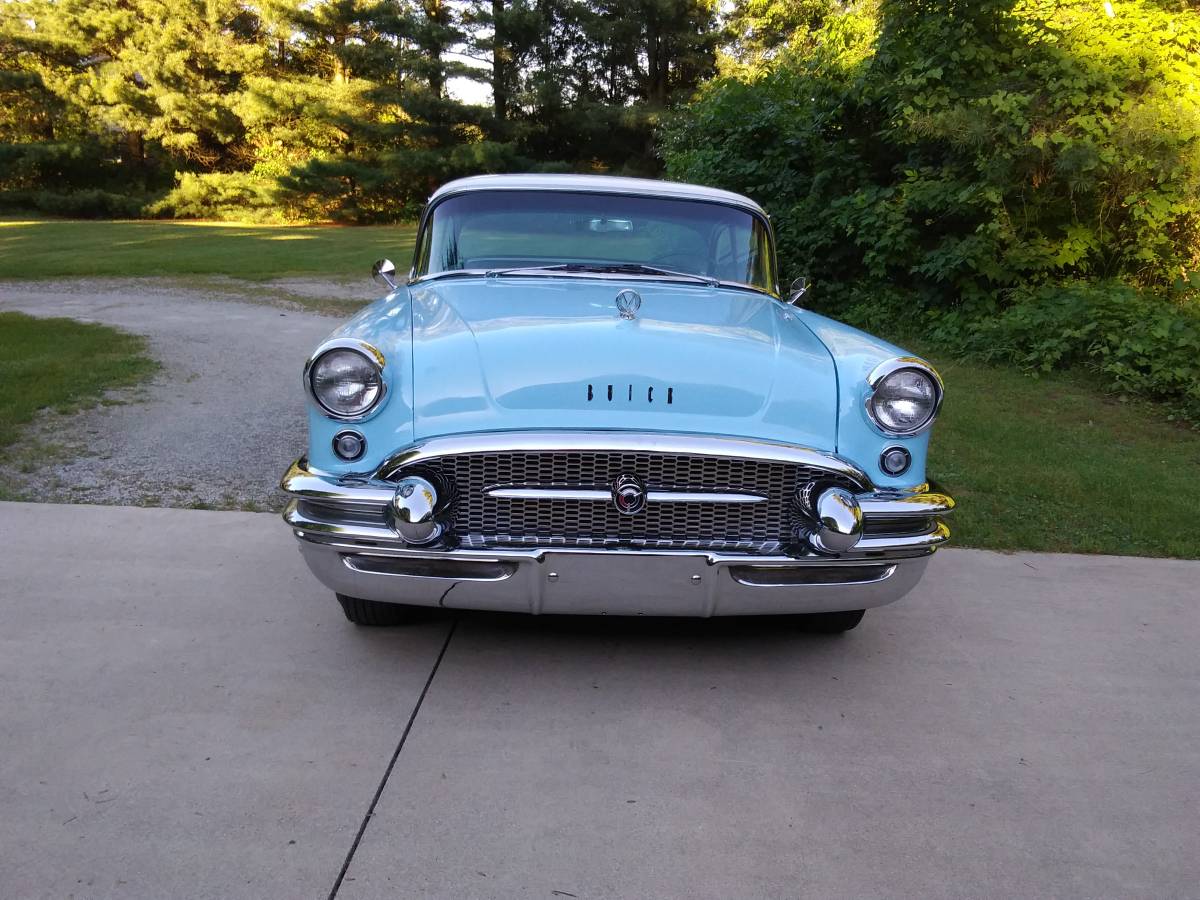 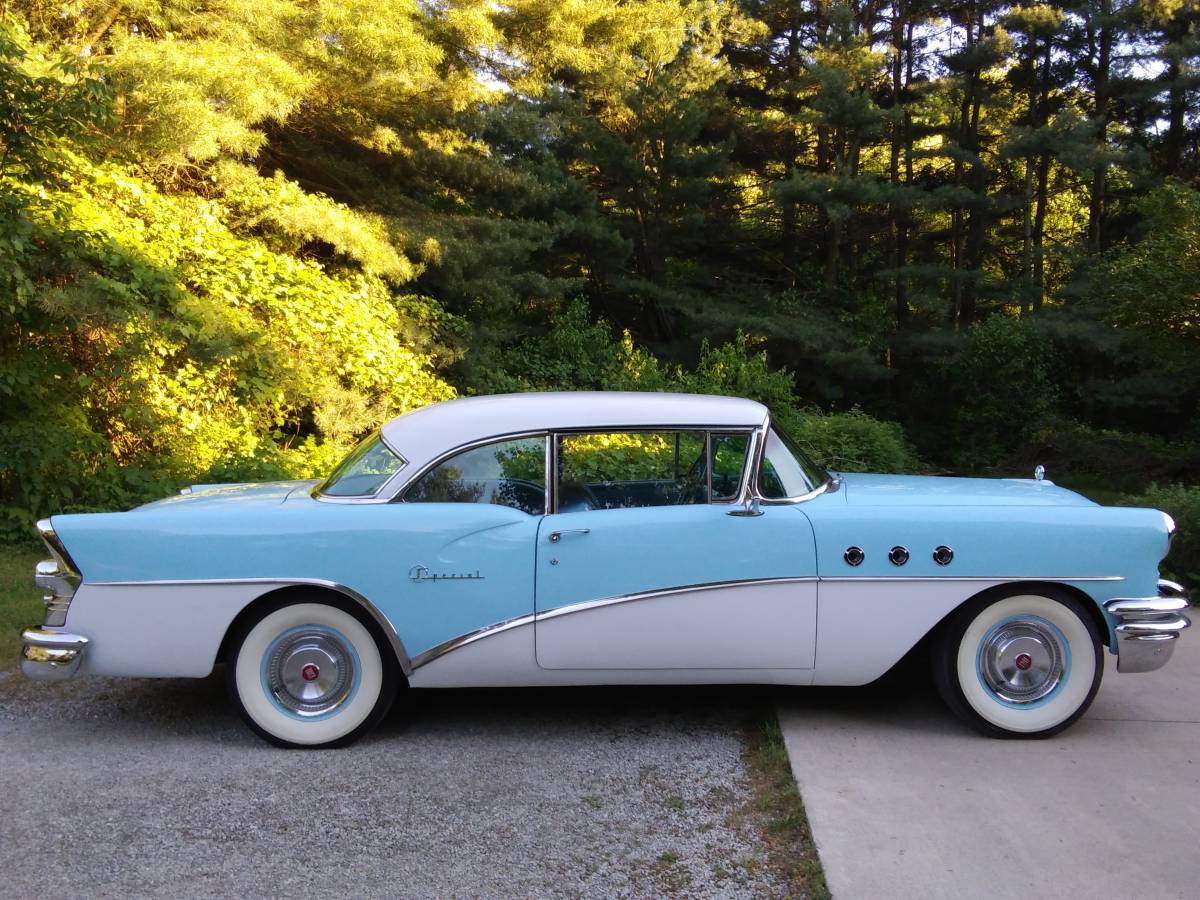 All of General Motors’ “B” and “C” body cars shared several common design elements as part of the redesign between the 1954 and 1955 model years. Two examples immediately noticeable are the wrap-around windshield and the rear window beltline kink. Beyond that, each of GM’s divisions had a clean canvas to go wild with. Personally, of all the GM full-size offerings for 1955, we gravitate to the Porthole and Sweepspear design of the Buicks exemplified by this Buick Special from that year originally listed in September 2021 on Craigslist near Elkhart, Indiana (South Bend).

Reported to feature a two-tone interior normally found in the up-market Century as well as re-chromed trim, the private seller is currently asking $32,000 or best offer for their Buick.  Comparing that price against the Hagerty Insurance Online Valuation Tool confirms the private seller has their Special priced between this guide’s #2 “Excellent” estimate of $30,000 and its #1 “Concours” appraisal of $48,100.  Similarly, the  Collector Car Market Review Online Tool reveals the seller’s ask falls between this guide’s #2 “Very Good” estimate of $27,900 and its #1 “Concours” appraisal of $42,800.

For many years, Buick’s “Special” model line was the entry-level line for the GM division.  For 1954, Specials had an all-new body and chassis that was much wider and lower that featured a wrap-around windshield.  Even more thrilling was the fact Buicks were now equipped with the all-new, more powerful “Nailhead” V8 engines.  For 1955, Nailhead V8s received a power boost courtesy of a four-barrel carburetor that increased horsepower to 188. A new variable-pitch Dynaflow automatic transmission livened up the car’s acceleration. For 1955 all Specials received a bolder grille, more pronounced “Dagmar” bumpers, and well-defined rear fins. Inside, the upholstery was upgraded, and sliding sunshades were added.  Buick Special production accounted for more than half of the brand’s total sales.

We stumbled upon this extended-length Buick promotional ad that appears to have been in between segments of  mid-fifties variety show we do not recognize (please let us know if you do!)

While we wish the seller also provided pictures of the engine and truck in the ad, we’re sure both of these sections of this car will not disappoint based upon what has been provided.

Do you have a Buick Special story to share?  If so, comment below and let us know!