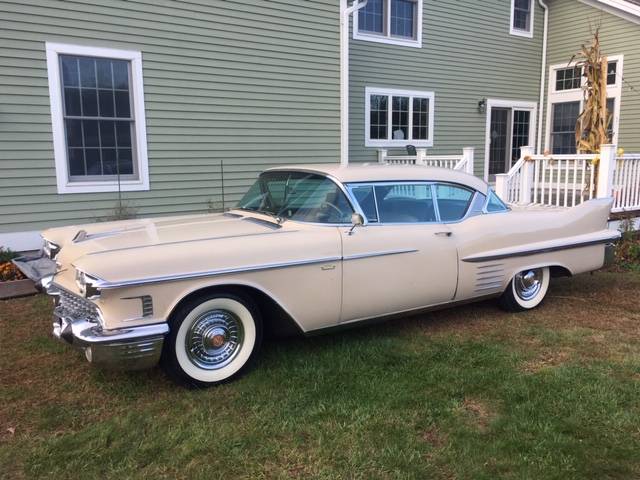 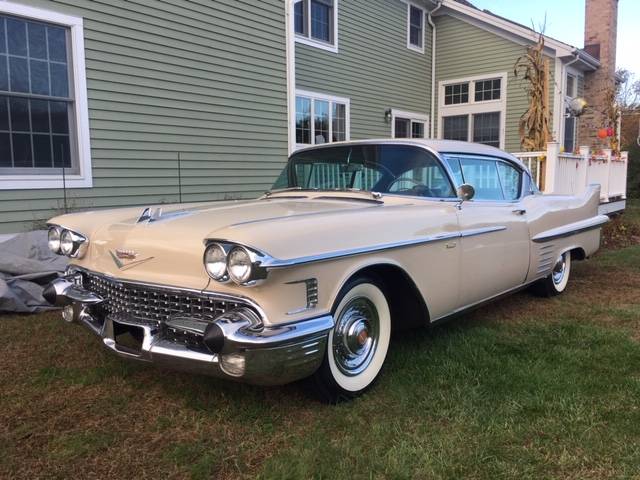 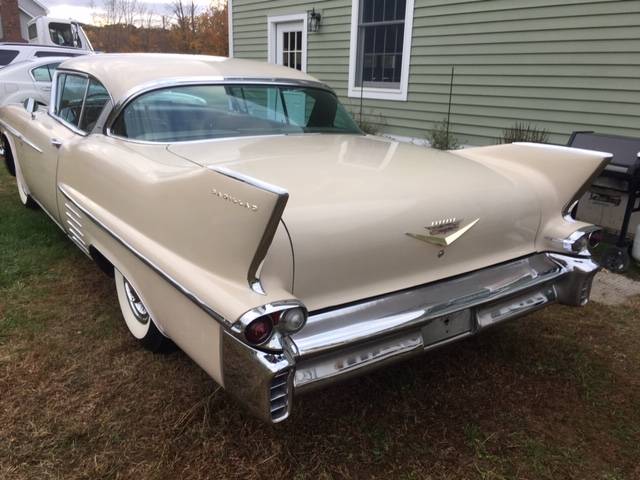 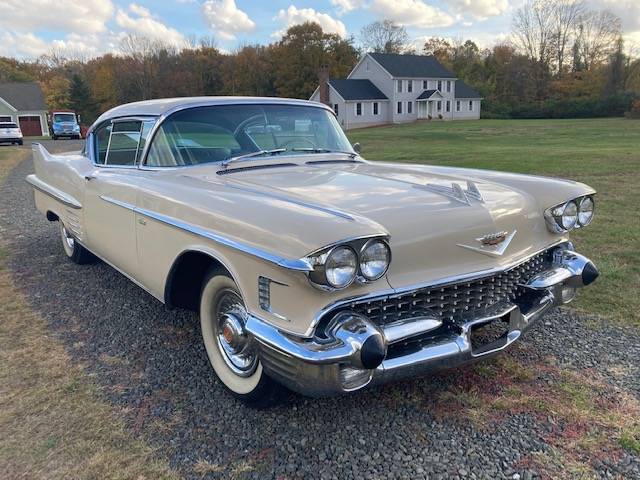 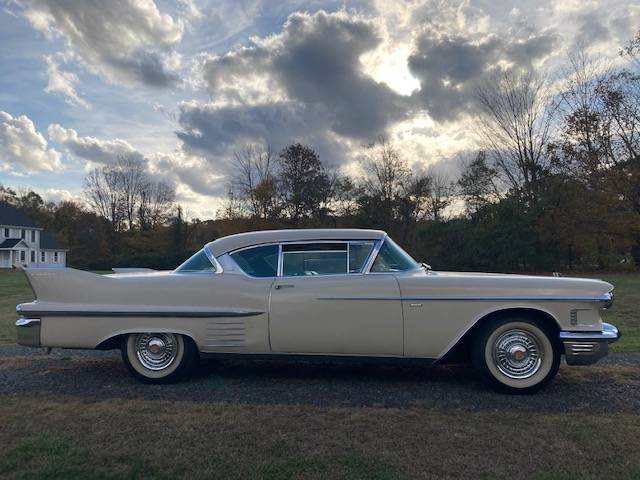 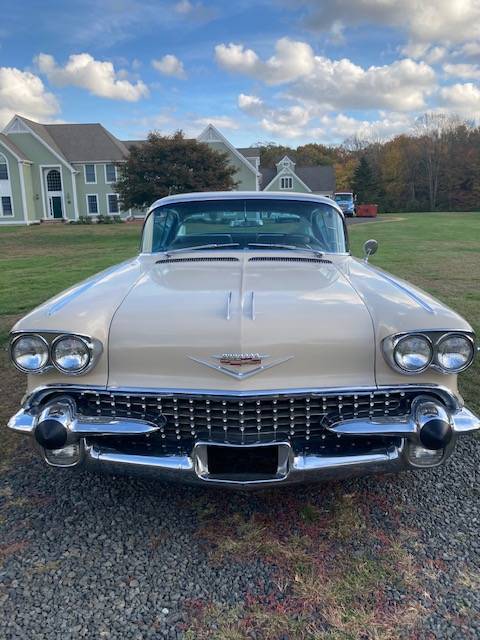 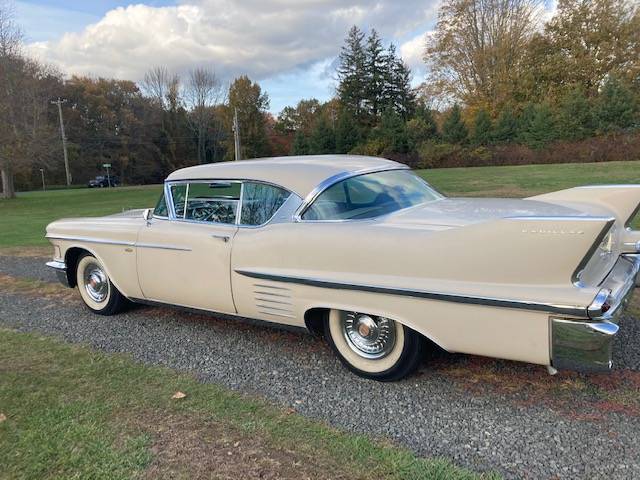 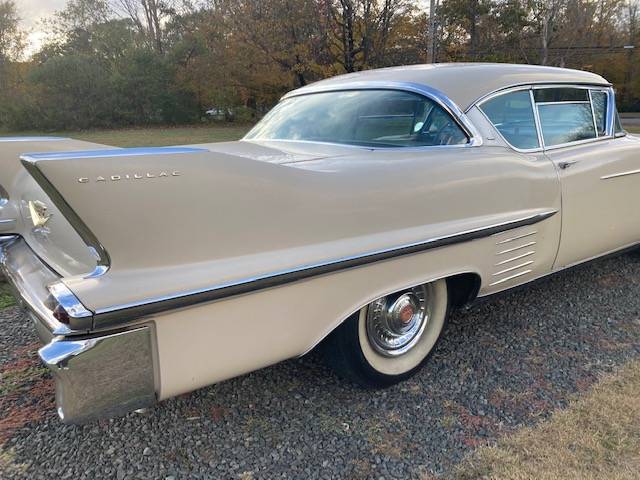 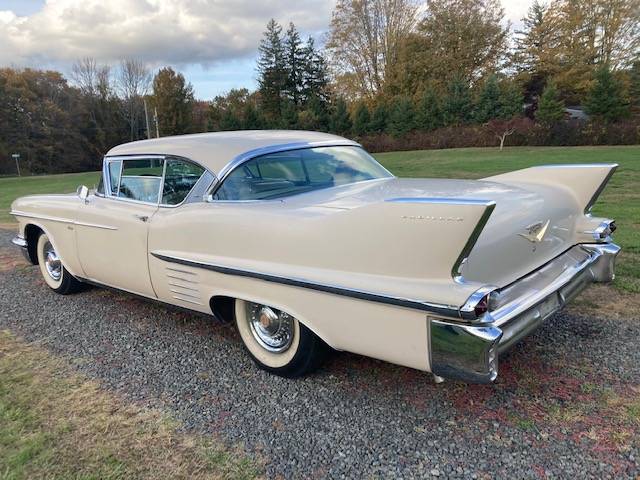 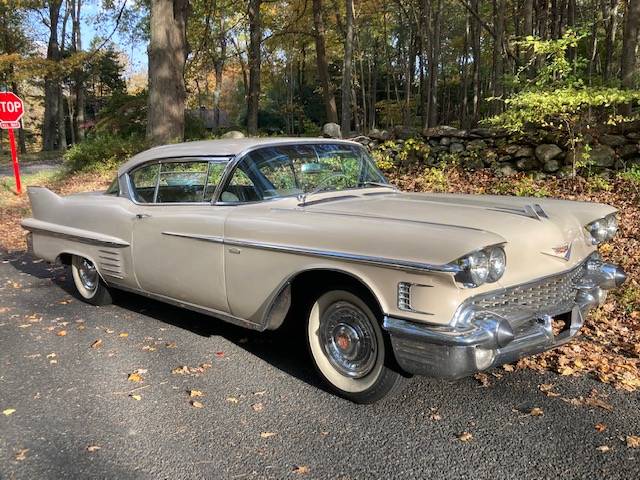 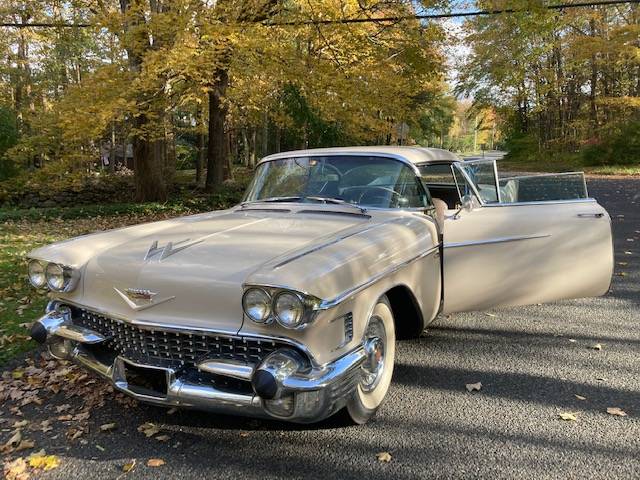 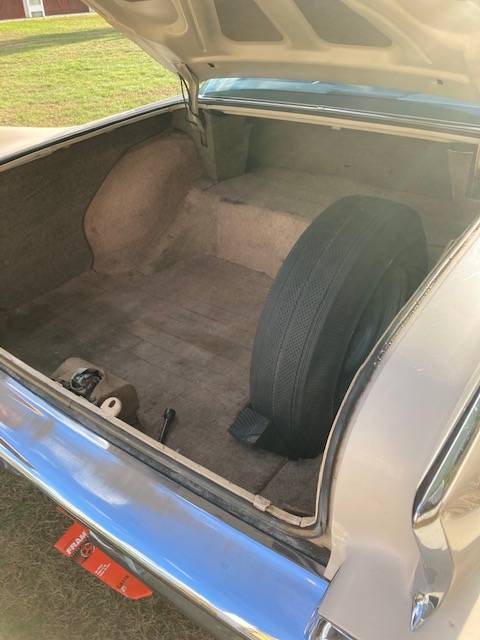 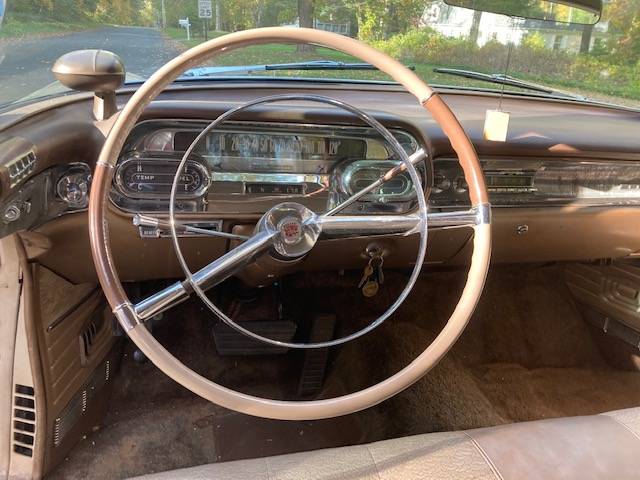 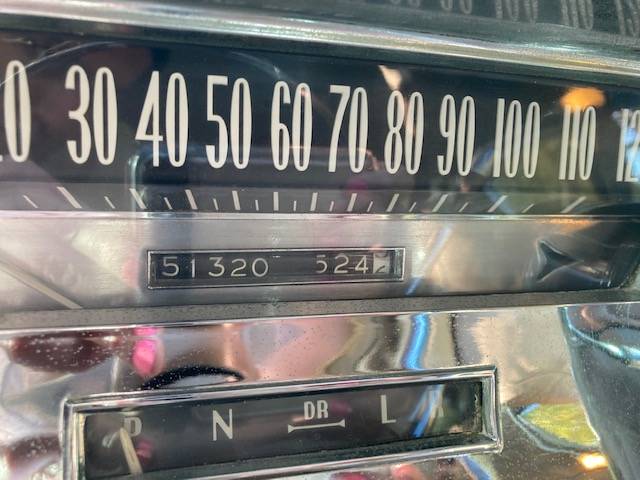 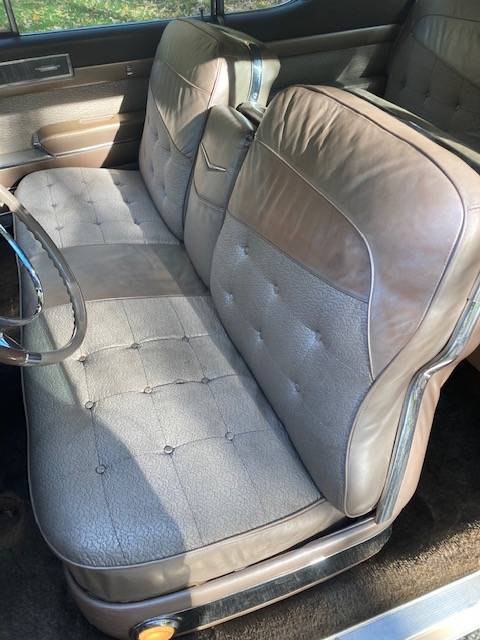 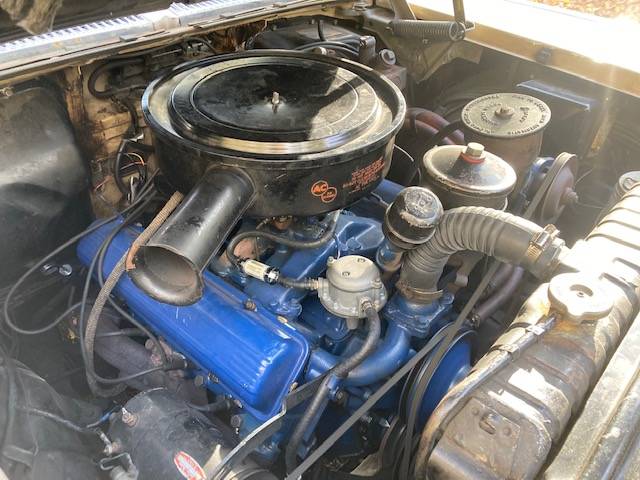 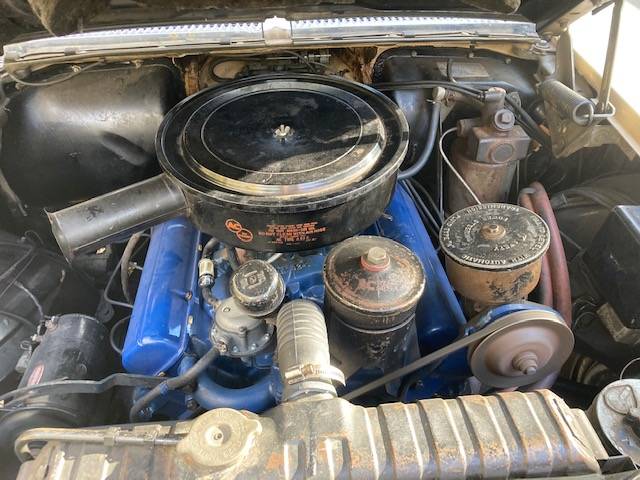 October 28, 2021 Update – While this “Classifind” expired recently, given the seller’s past history we suspect may not actually be sold yet.  For now, we’re labeling this ride “Sold?” However, we will keep an eye out for an updated listing. In the interim, please reach out either by email or call Rudy directly if you’d like to be informed when we come across something similar.

September 21, 2021 Update – After a one-month pause, we just spotted a fresh listing for this one Family-Owned Cadillac Series 62 we’ve been tracking since March of this year.  While the description and $35,000 asking price remain constant, the seller did add several new pictures in their latest listing.

August 12, 2021 Update – while this “Classifind” expired recently, given the seller’s past history we suspect may not actually be sold yet.  For now, we’re labeling this ride “Sold?” However, we will keep an eye out for an updated listing.

July 12, 2021 Update – The Internet and GuysWithRides.com never forget.  After a one-month absence following an expired ad dating from May, the private seller just posted a fresh listing for their ’58 Cadillac Coupe De Ville that’s still asking $35,000.

June 11, 2021 Update – We just confirmed the listing for this Cadillac “Classifind” expired, so with no replacement found we’re assuming this ride “Sold?” unless we come across a new listing for it.

May 9, 2021 Update – We just came across a new listing for this ’58 Cadillac we first featured in March. The pictures, description, and price all remain the same.

April 5, 2021 Update – While searching for other great “Classifinds” to feature, we came across a fresh listing for this vintage ’58 Cadillac. The pictures, description, and asking price all remain the same.

While restored cars are nice, we love coming across family-owned, low-mileage survivors as most of the history is usually kept intact.  Our latest example is this all-cream 1958 Cadillac Series 62 Coupe De Ville reported being family-owned since new with just over 51K original miles originally listed in March 2021 in Easton, Connecticut. Offered for $35,000, comparing that price against the Hagerty Insurance Online Valuation Tool confirms the private seller has their Coupe De Ville priced a bit optimistically between this guide’s #2 “Excellent” estimate of $25,700 and its #1 “Concours” appraisal of $38,900.  Similarly, the  Collector Car Market Review Online Tool confirms the ask falls between this guide’s #2 “Very Good” estimate of $26,900 and its #1 “Excellent” appraisal of $39,000. The trade-off, in this case, is the family provenance and low-mileage originality.

Cadillac produced the Series 62 across seven generations between 1940 and 1964.  The fifth generation lasted only two years for the ’57 and ’58 model years.  For 1957, engineers adopted a tubular X-frame without side rails, which Cadillac claimed resulted in a lower body without a loss of usable space and increased torsional strength. Unfortunately, this frame design raised safety concerns, and consequently, other manufactures (notably  Ford) touted that their “perimeter” frames were safer.

For 1958, there was a new grille featuring multiple round “cleats” at the intersection of the horizontal and vertical members. The grille insert was wider and new bumper guards were positioned lower to the parking lamps. New dual headlamps were used and small chrome fins decorated the front fenders. Tailfins were less pronounced and trim attachments were revised. The word Cadillac appeared in block letters on the fins of base models. On the sides of the car were five longer horizontal wind splits ahead of the unskirted rear wheel housing and front fender horizontal moldings with crests placed above the trailing edge and no rocker sill trim. The convertible and the De Villes used solid metal trim on the lower half of the conical projection flares, while other models had a thin ridge molding in the same location. On Series 62 Eldorados, a V-shaped ornament and model identification script were mounted to the deck lid. Series 62 Eldorados also had ten vertical chevron slashes ahead of the open rear wheel housings and crest medallions on the flank of the tailfins. Broad, sculptured beauty panels decorated the lower rear quarters on all Series 62 Eldorados and extended around the wheel opening to stretch along the body sills. Standard equipment on all Series 62s was the same as the previous year. Excluding export sedans and chassis only, the Series 62 offered an all-time record of nine body styles this year. The infamous Cadillac Air-Suspension was optional. The following year De Ville and Eldorado were spun off onto their own series.

Like they say, “They are only original once”, so this Series 62 provides a great glimpse of the past and we’re sure this car has a great story you’ll learn when you go to inspect the car for yourself.

Show or go: what would you do with this Cadillac?  Comment below and let us know!