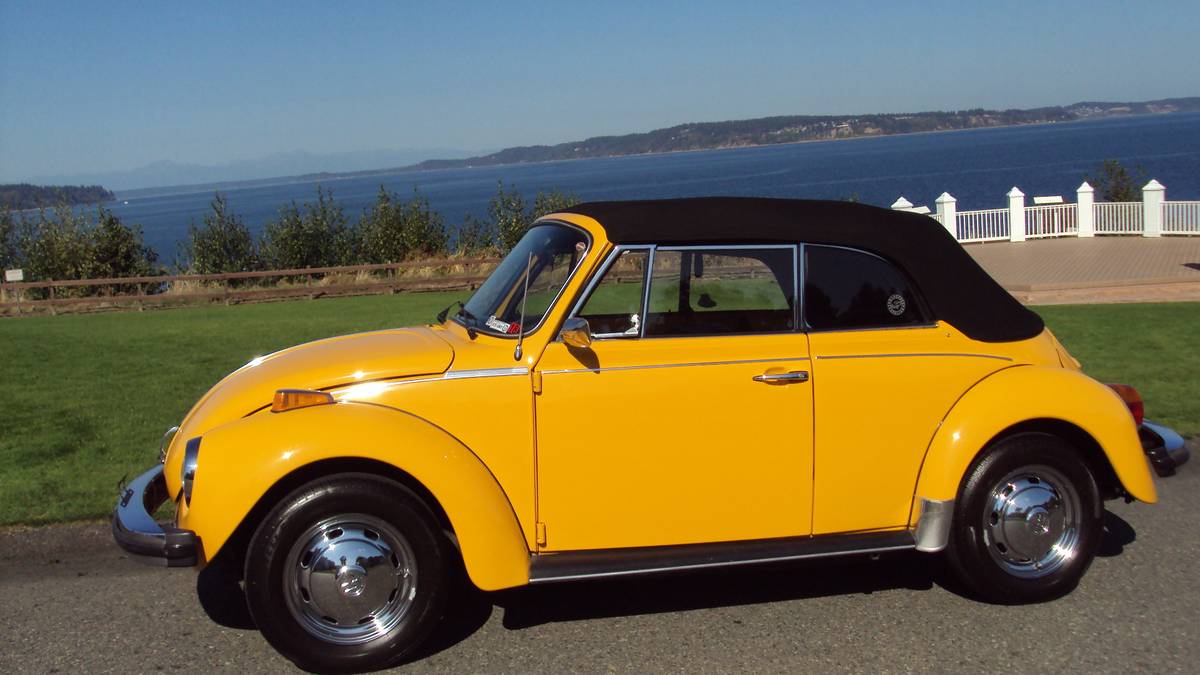 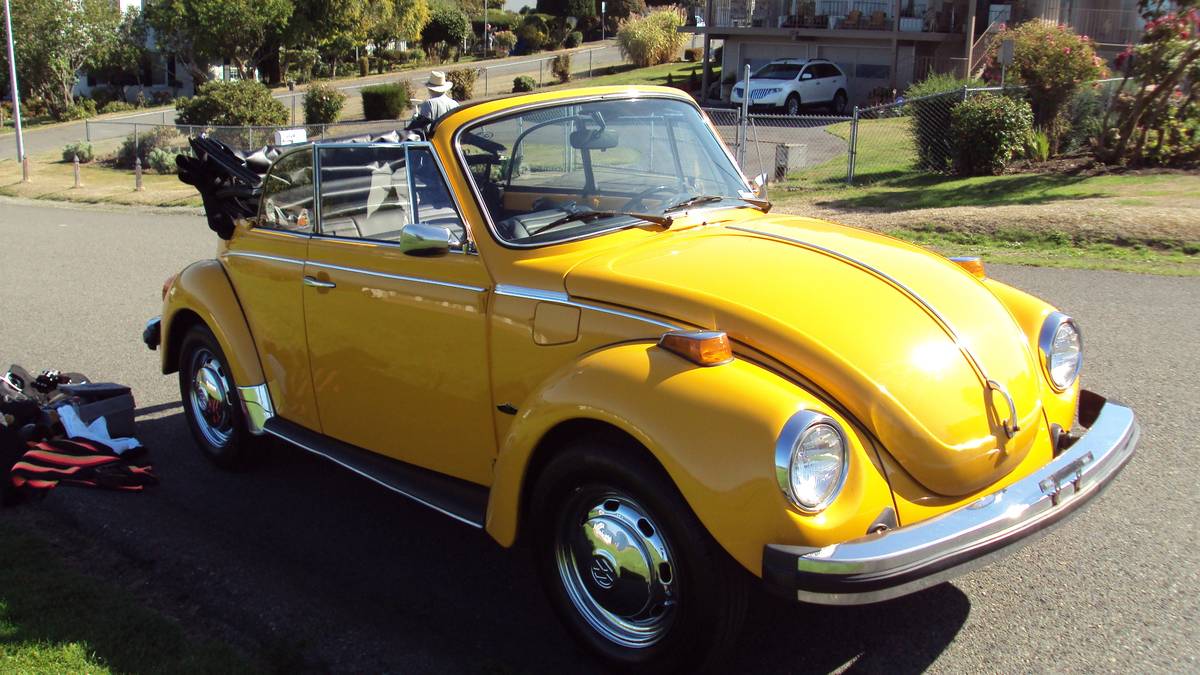 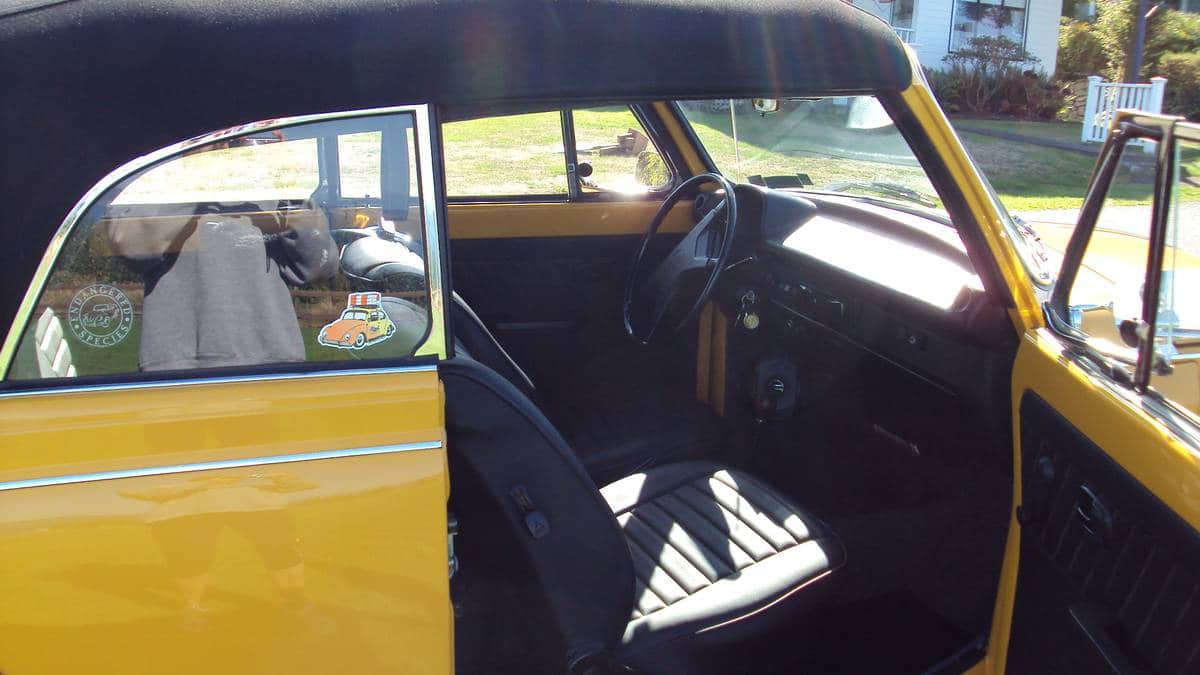 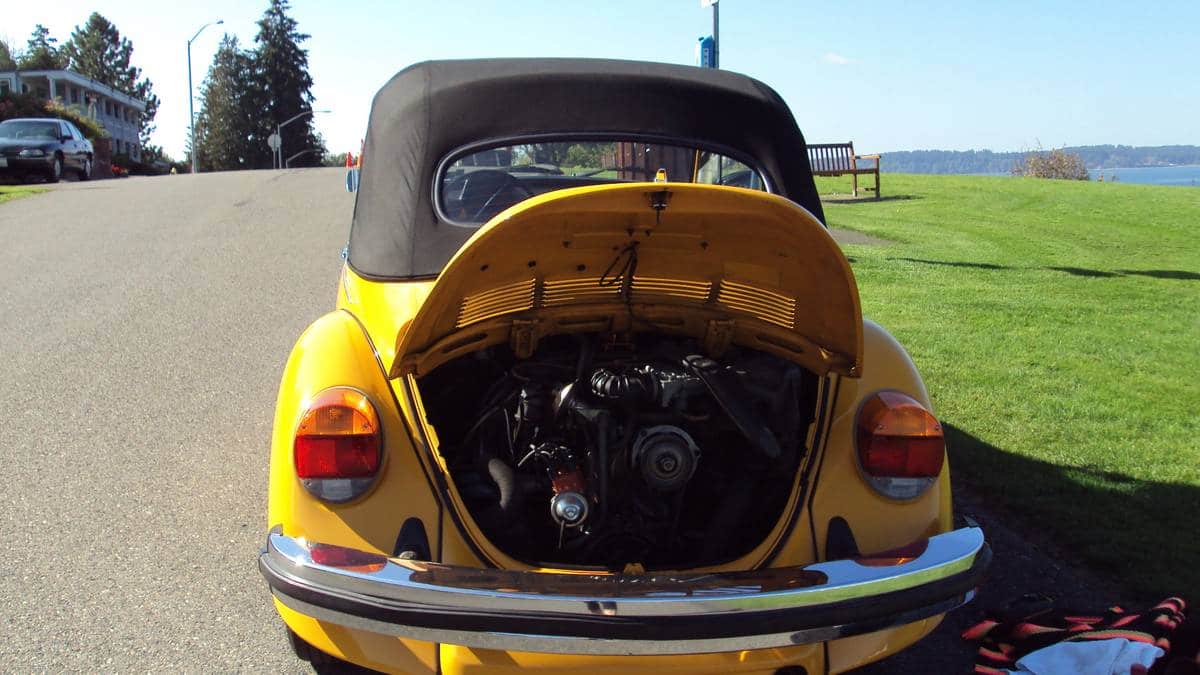 By 1977, the U.S. Government’s threat to implement roll-over crash standards artificially forced all American car manufacturers to stop offering factory-built convertibles.  While a number of two-seat drop-top offerings remained, for the 1977 model year, a U.S. new car buyer had but only two four-seat convertibles to choose from:  a Rolls Royce Corniche for $97,175 ($438,678 in today’s dollars) or the $4,799 ($21,644 in today’s dollars) Volkswagen Super Beetle Cabriolet. 1977 proved to be the final year you could buy a Beetle Cabriolet as a non-special edition and this yellow over black Super Beetle originally listed in September 2021 on Craigslist in Ocala, Florida is reported to be a restored example.

Currently offered at $25,500, comparing that price against the Hagerty Insurance Online Valuation Tool confirms the private seller has their Super Beetle priced between this guide’s #3 “Good” estimate of $13,100 and #2 “Excellent” appraisal of $32,500.  Interestingly, the  Collector Car Market Review Online Tool provides a much different assessment as in this case the asking price is $8,500 dollars above this guide’s #1 “Excellent” appraisal of $17,000.

On their YouTube Channel, Hagerty Insurance provides this Buyer’s Guide on what to look for when buying a vintage air-cooled Beetle:

As a former owner and air-cooled Beetle enthusiast, seeing the words “replaced floorboards” automatically means I want to inspect the car, especially a convertible version, on a lift. This is imperative to confirm the quality of the repair but also determines whether they also took the time to replace the heater channels properly. Also worth noting in this example is the fact the front seats were reupholstered without the head restraints.

Show or go: what would you do with this restored VW Super Beetle?  Comment below and let us know!