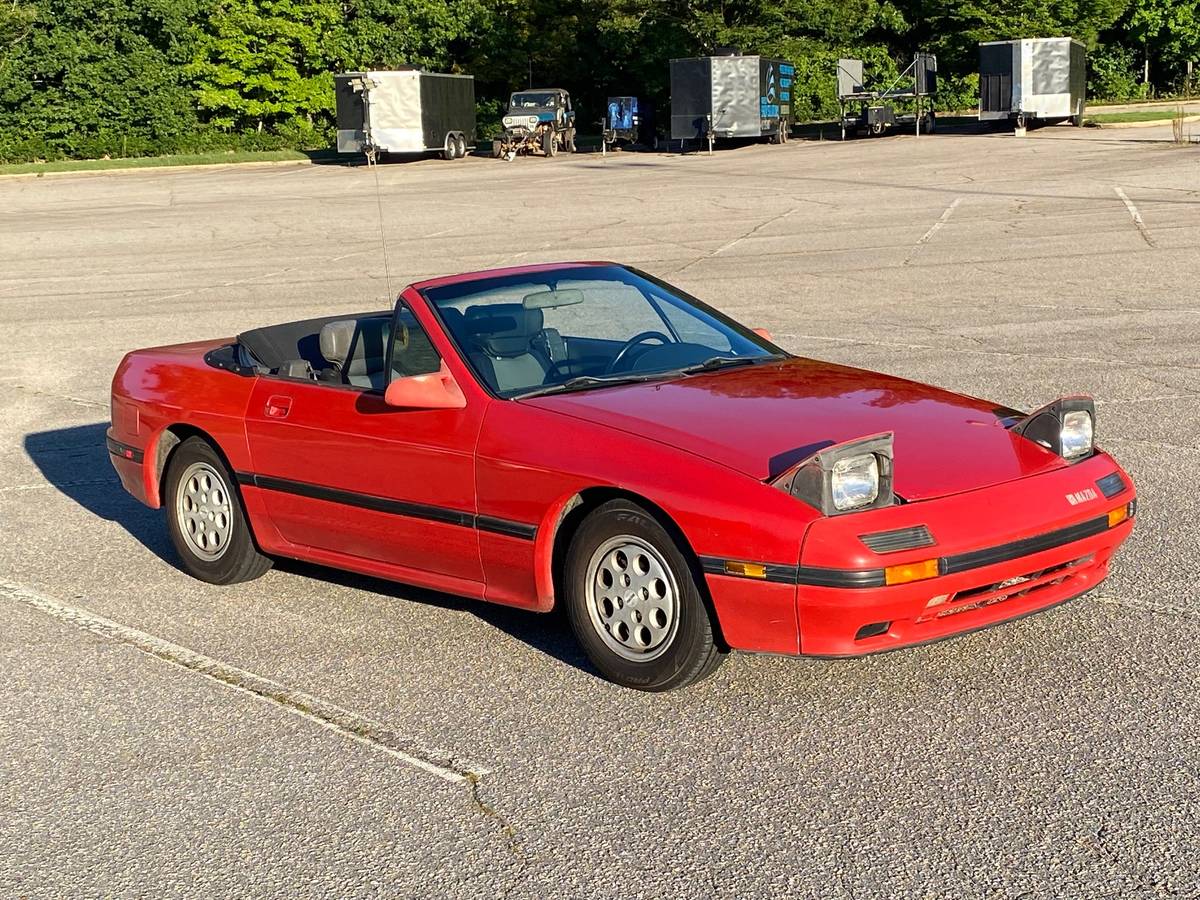 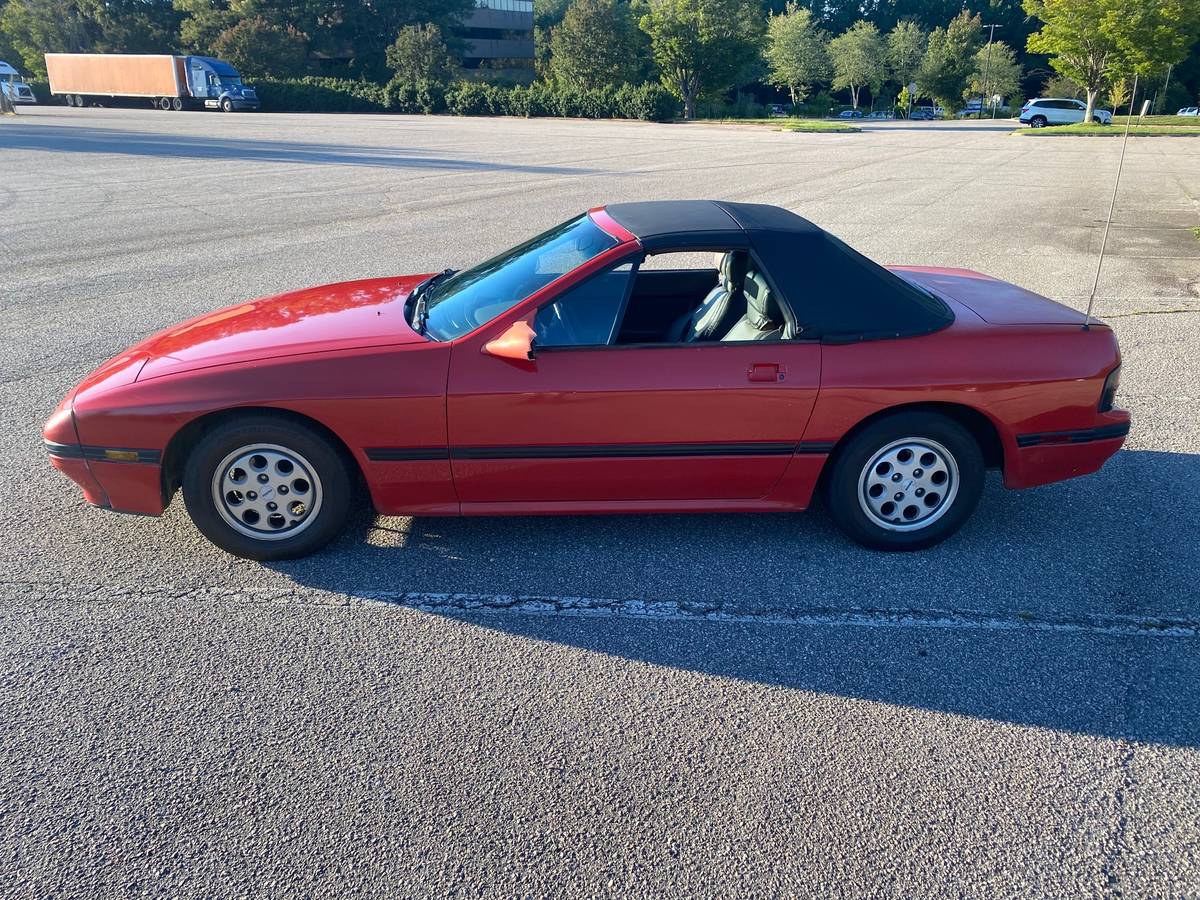 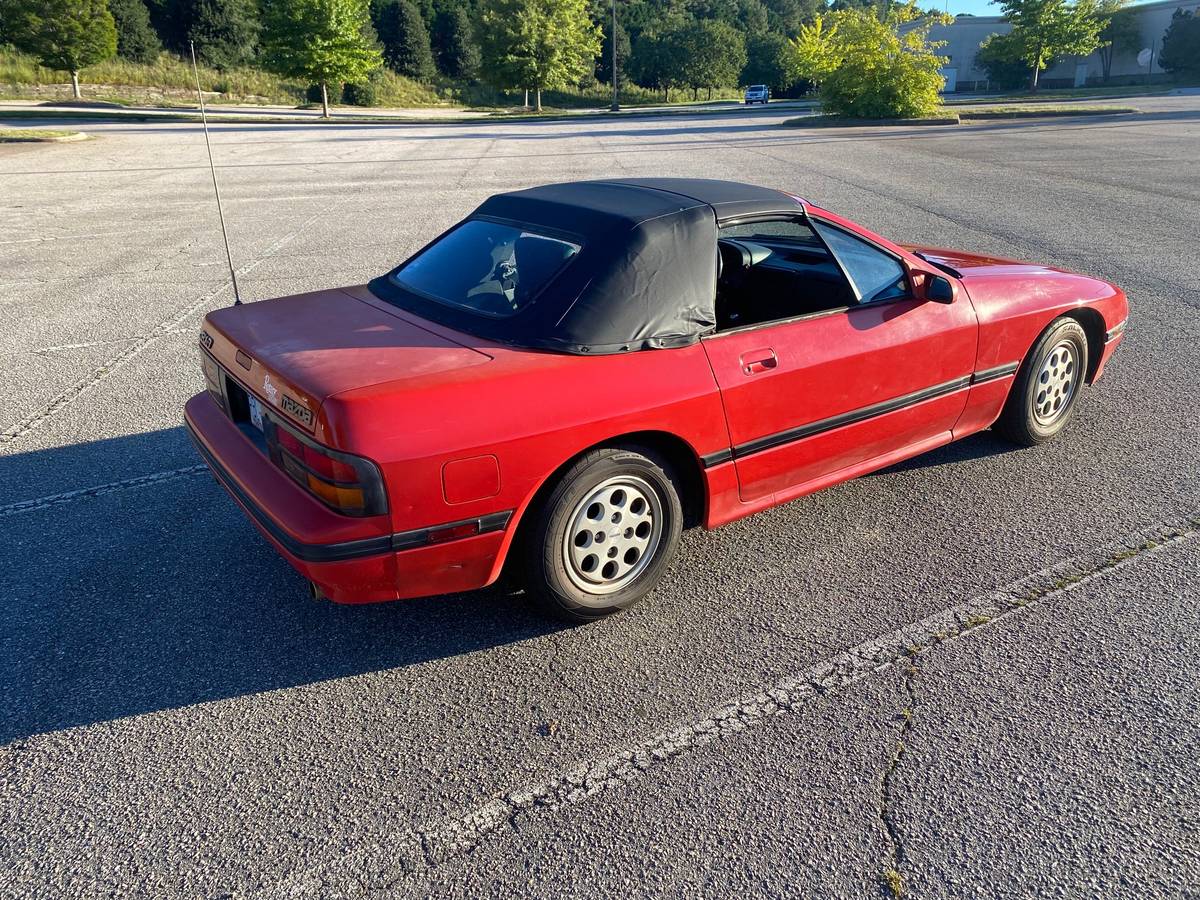 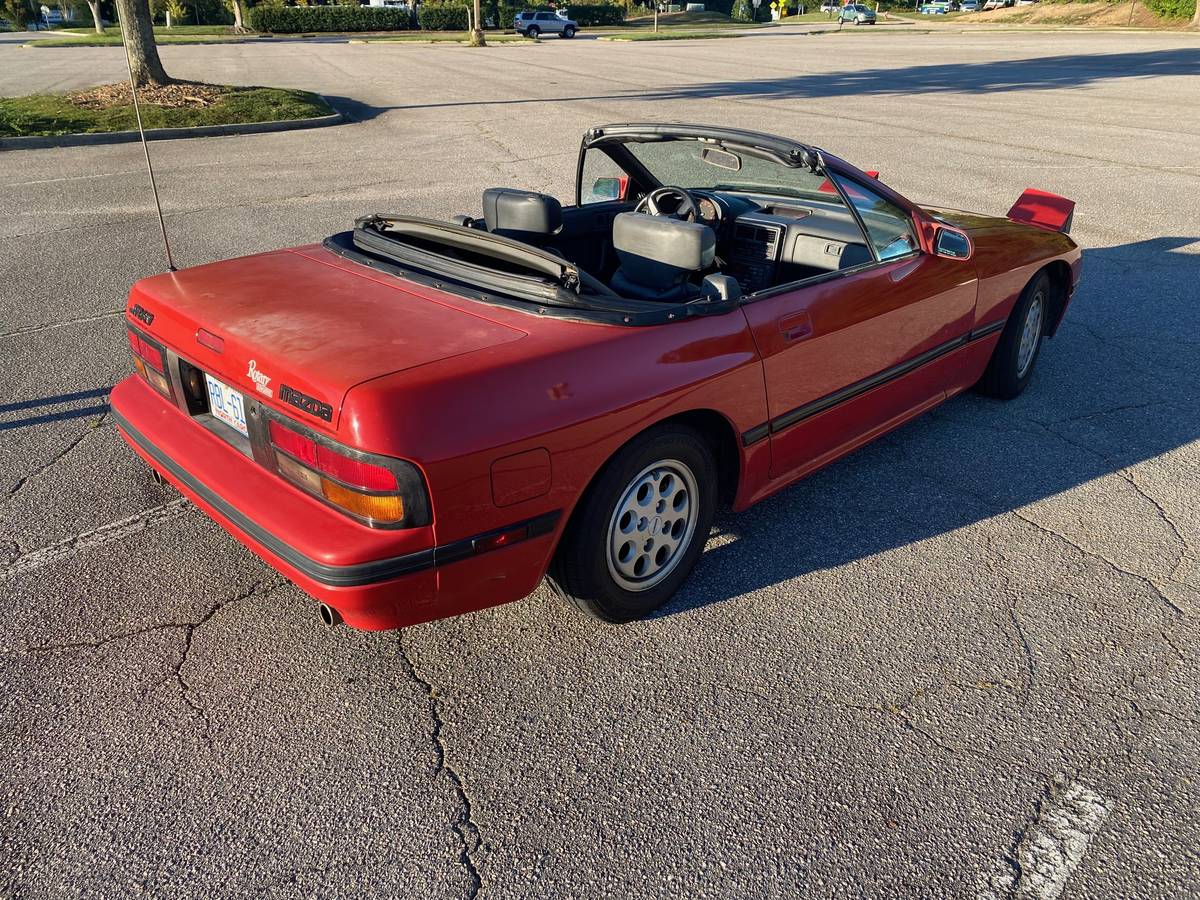 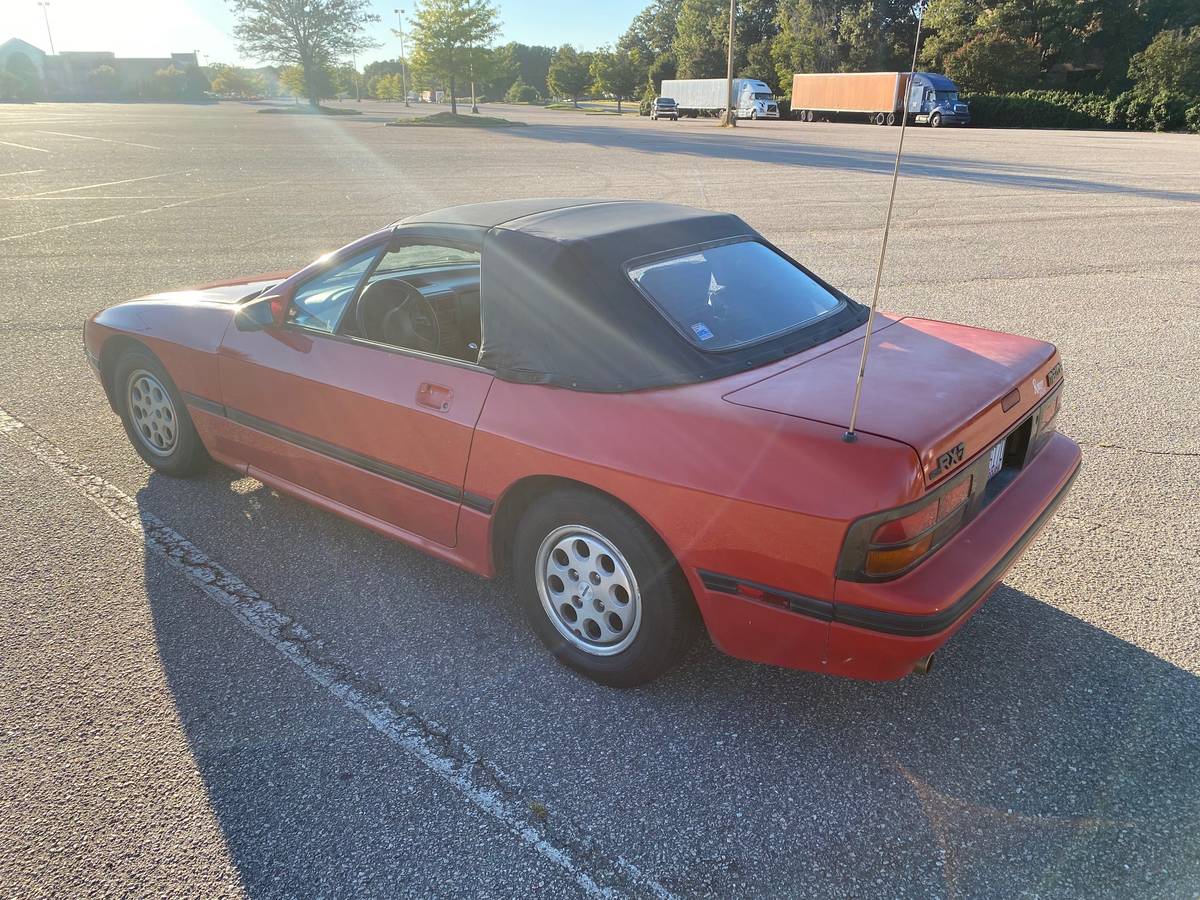 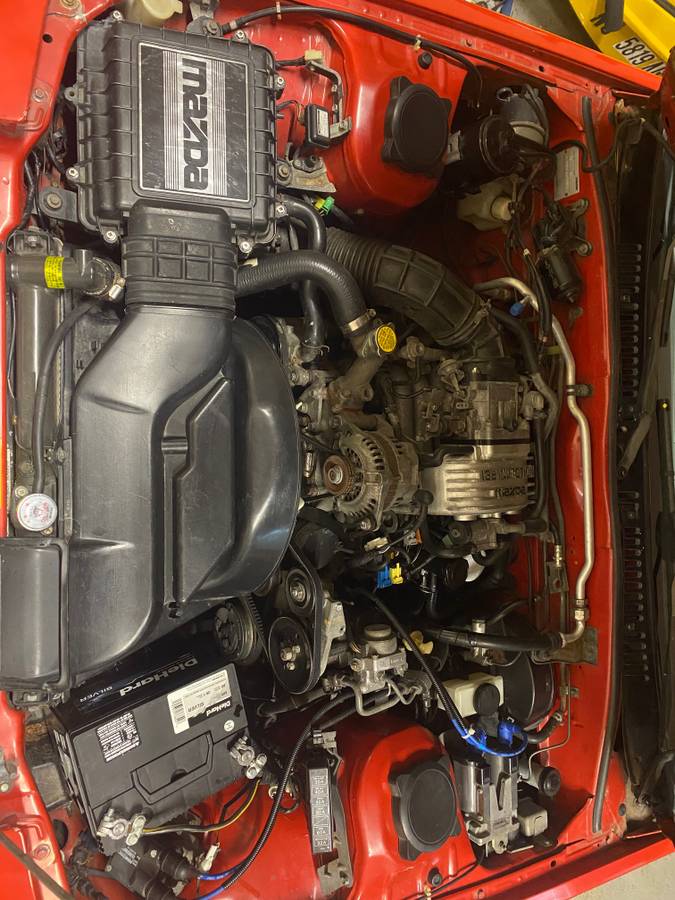 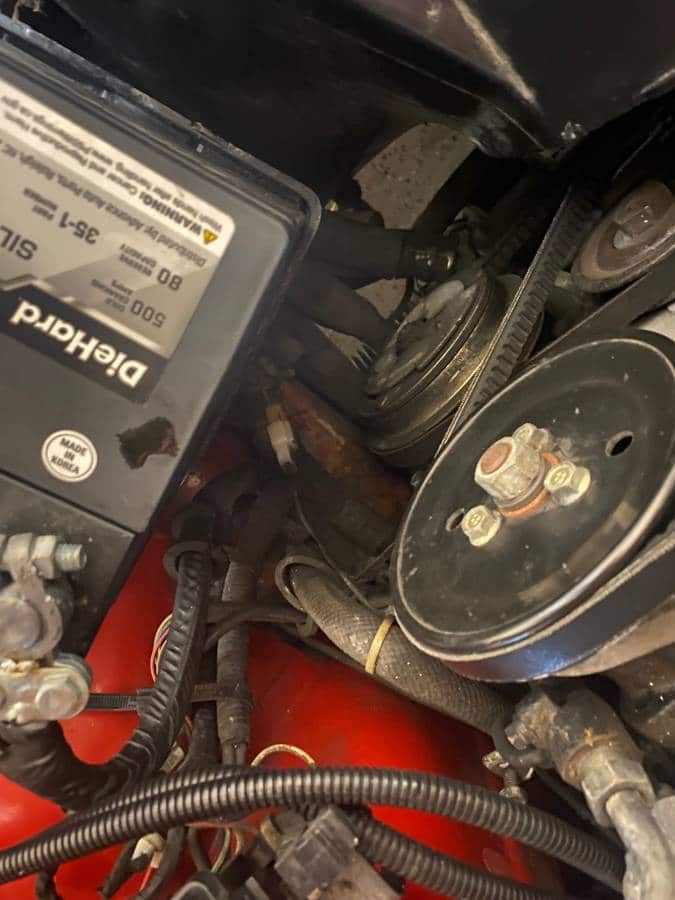 November 5, 2021 Update – We just confirmed the listing for this “Classifind” expired, so with no replacement found we’re assuming this ride “Sold?” While this one got away, please reach out either by email or call us directly if you’d like to be informed when we come across something similar.

October 22, 2021 Update – Just as we were busy preparing our latest Sports Car Saturday features, we discovered the seller of this ’88 Mazda RX7 we first featured in early October just lowered their asking price $740 to a revised $5,000 ask.

While we tend to get hot and bothered for the highest performance offerings of a given model, there’s a lot to be said for picking up a lower-tier example for less money and potentially fewer maintenance headaches. Offered up just a few days ago is this 1988 Mazda RX-7 convertible, equipped with the naturally-aspirated rotary engine originally listed in October 2021 on Craigslist in Raleigh, North Carolina for $5,740 by what sounds like a detail-oriented owner.  Comparing this price against the Hagerty Insurance Online Valuation Tool confirms this private seller has a non-turbo RX-7 priced fairly as a “Fair” condition model is worth $4,000, with a “Good” condition model priced at $7,600.

The FC chassis RX-7 is perhaps the raddest of them all, what with its pop-up headlights, rotary powerplant, optional BBS wheels, and hot hatch design. The marketplace hasn’t had a love affair with them, however, channeling most of its affections to the early 90s FD chassis cars, which enjoyed plenty of exposure on the silver screen via the Fast and the Furious franchise. That being said, there’s nothing wrong with spending less cash upfront for a model that leaves room in the budget for any deferred maintenance concerns and upgrades in the suspension department. Now, the one to buy is what’s known as a “Series 5” edition, which is essentially the final years (1989-1992) of the FC platform cars. Those came with revised styling and better engine management, which allowed the naturally aspirated 13B to increase output to a respectable 160 horsepower.

Our subject car is a 1988 model, which means it makes do with a slightly underwhelming 146 horsepower. Other visual cues that this is a Series 4 car include the taillights, which were updated to include four circular illuminated cutouts in the later model (and it’s a popular OEM upgrade for owners of the earlier models.) The seller is seemingly very dialed into the maintenance needs of a rotary-powered Mazda, noting that it does not consume any coolant and that oil consumption is within spec for a rotary car. He also highlights that the oil metering pump, or OMP, is still functional, and that the engine was replaced by Mazda at around 65,000 miles. With 119,200 miles on the clock now, this RX-7 – despite having some cosmetic bumps and bruises – seemingly has lots of life left in it. Throw on the larger OEM BBS wheels, lower it a touch, and call it a day.

“1988 Mazda RX7 Series 4 convertible for sale $5740 OBO. Garage kept RX7 Convertible Series 4. The car is well used but the engine and drivetrain are solid and reliable. Engine was rebuilt/replaced by Mazda around 60-70k miles with another S4 engine. The car is equipped with power steering, power windows, power mirrors and a power roll bar. The car has a cabriolet top with an integrated roll bar and heated glass window. It normally stays 1/3 up the temperature gauge but can go to 1/2 up based on how long you keep it near the redline. The car has no problem returning to idle and holding a consistent idle at 400 RPM with no hesitations. This car has a had the catalytic converter and split air system repaired so the aux ports work on the engine. The car has a fully stock exhaust and is very quiet and does not smell bad. Equipped with electrically heated rear and windshield. New tires were put on the car 2k miles ago or so. This car does not consume coolant or excessive oil. Always has had 2 stroke premix despite OMP still working. Driver exterior handle is broken, they are fairly fragile on these cars.

If you would like to cold start and test drive the car please have insurance and experience driving manual transmission cars. I can also take interested buyers on a test ride if they are not comfortable driving.
The car is road legal and actively driven.
Additional pictures on request. 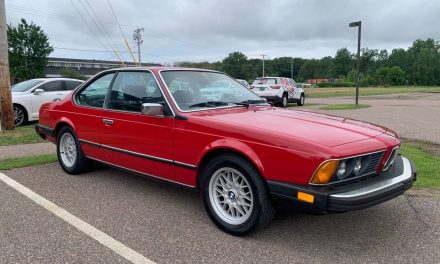 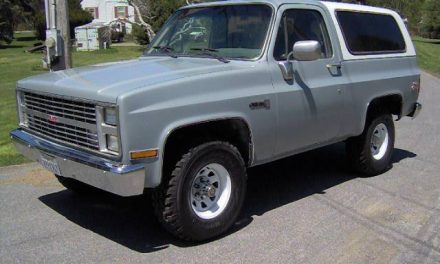 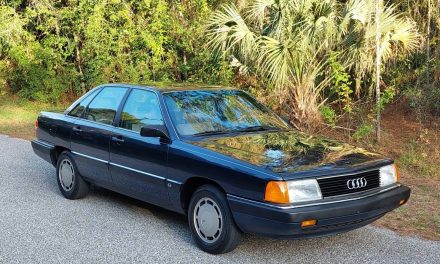