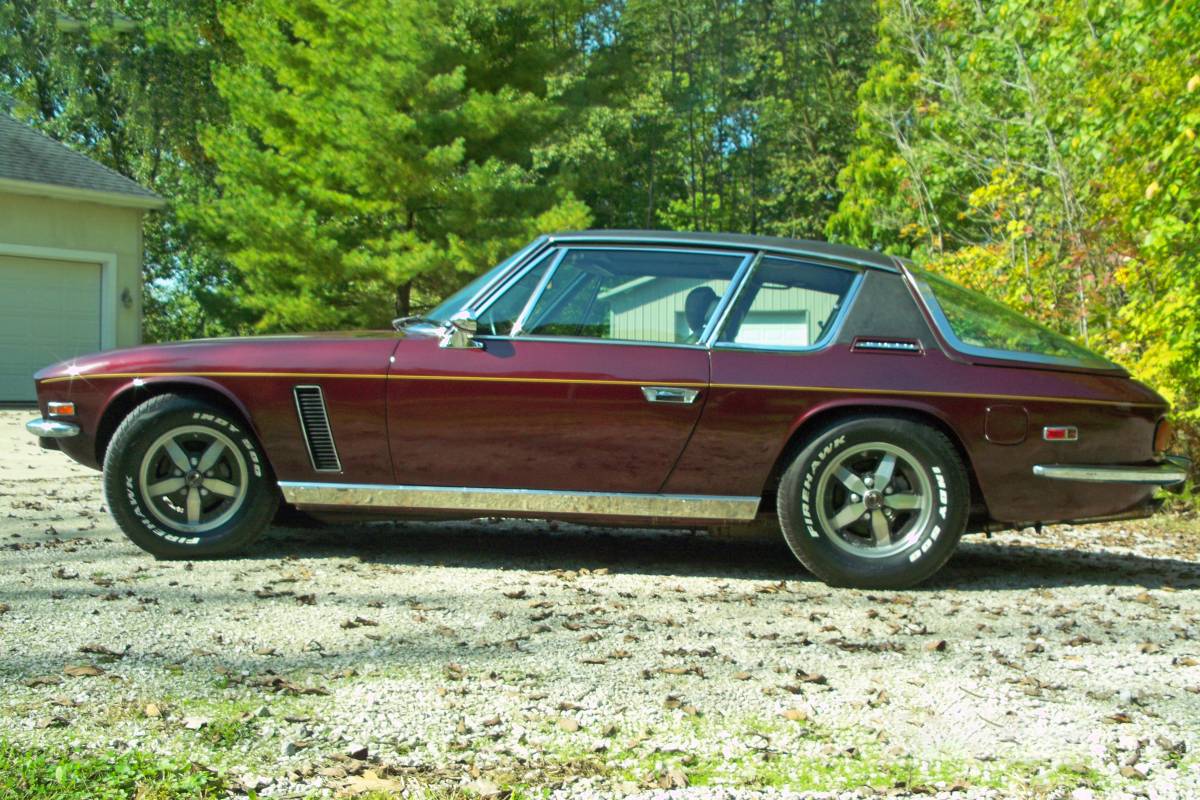 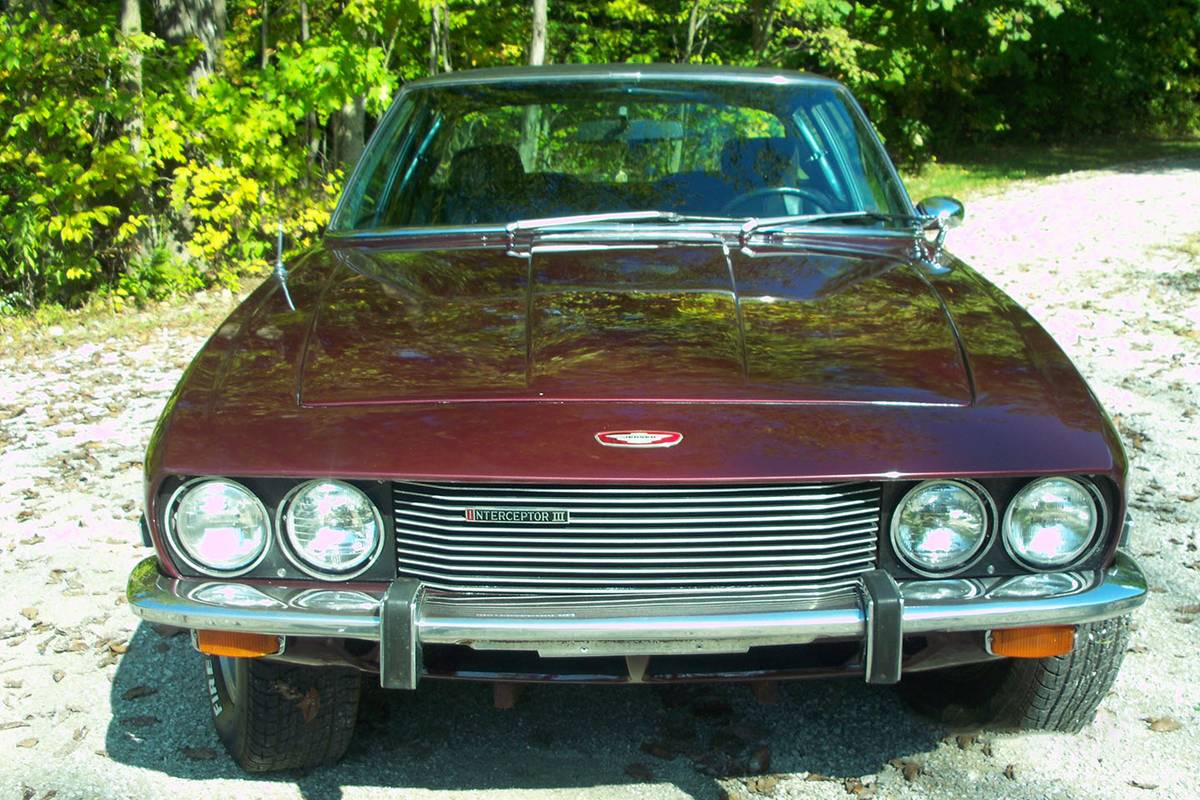 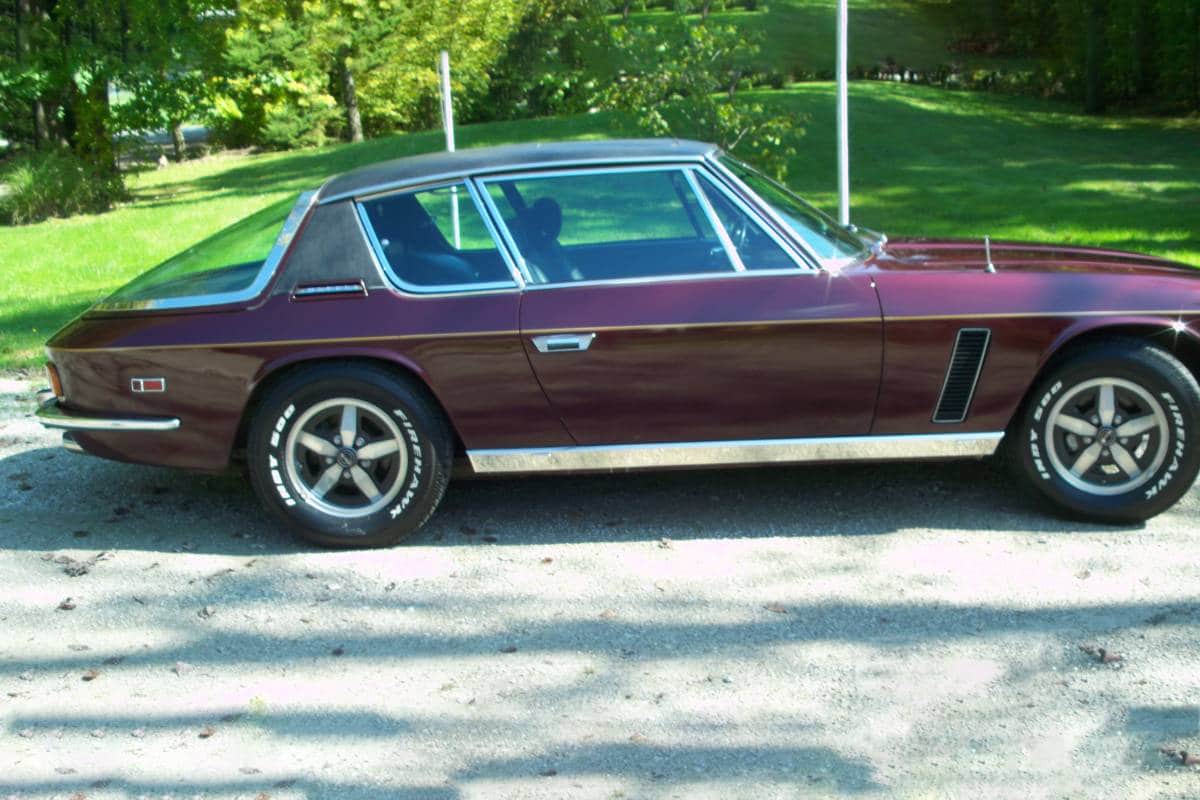 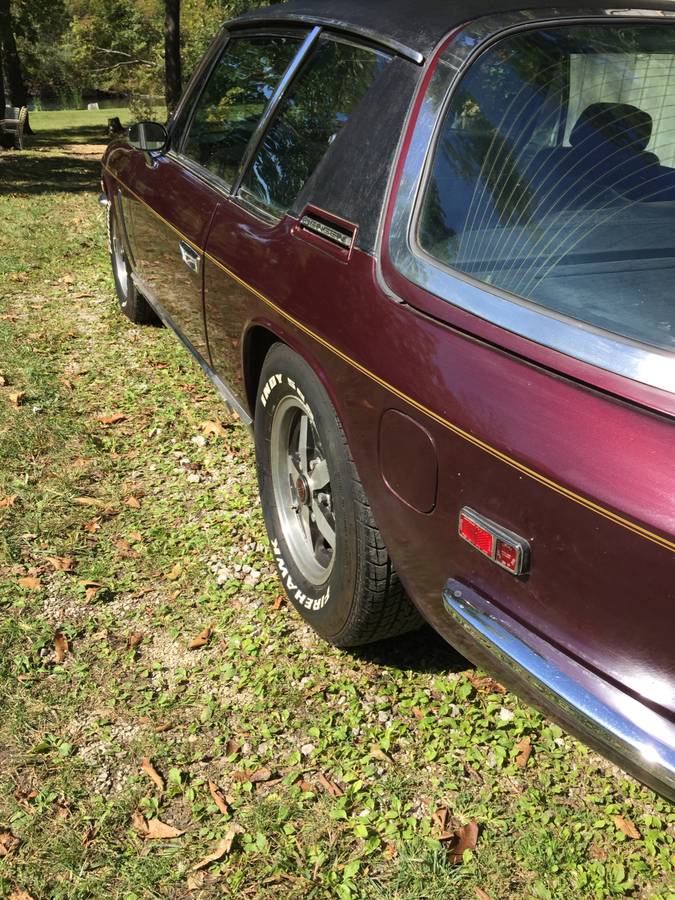 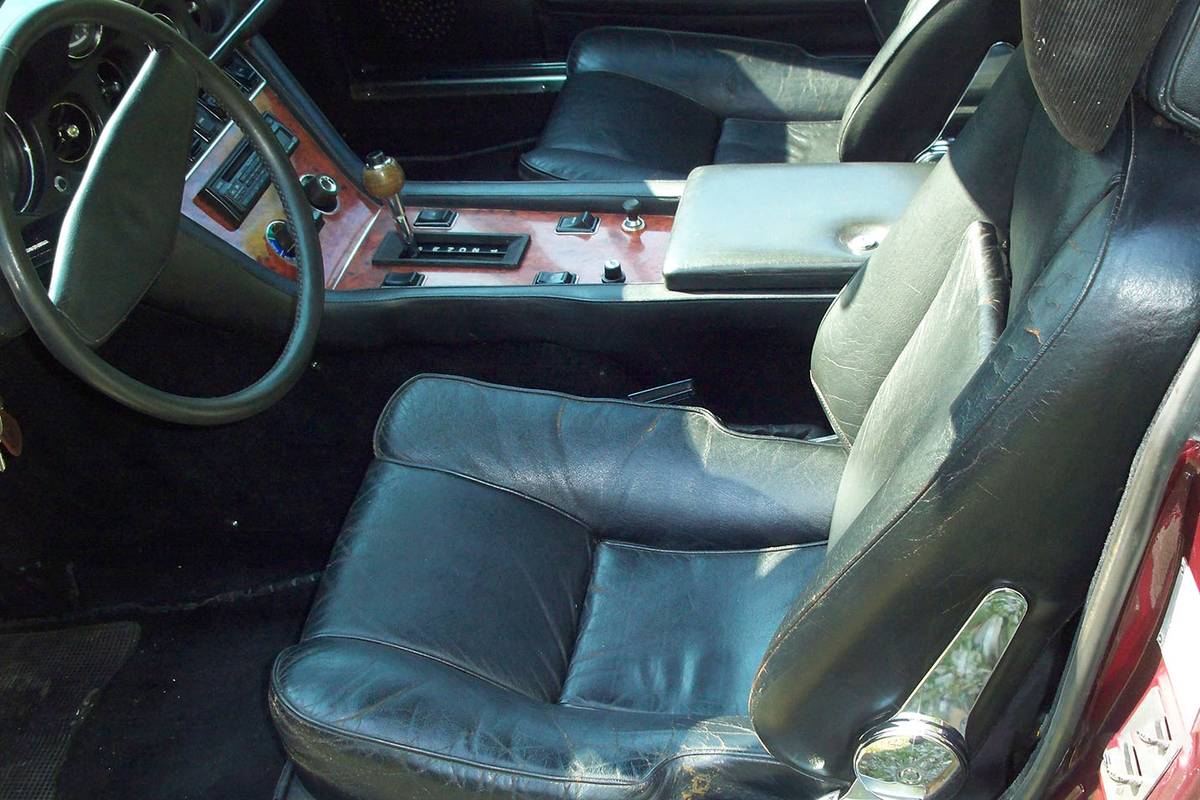 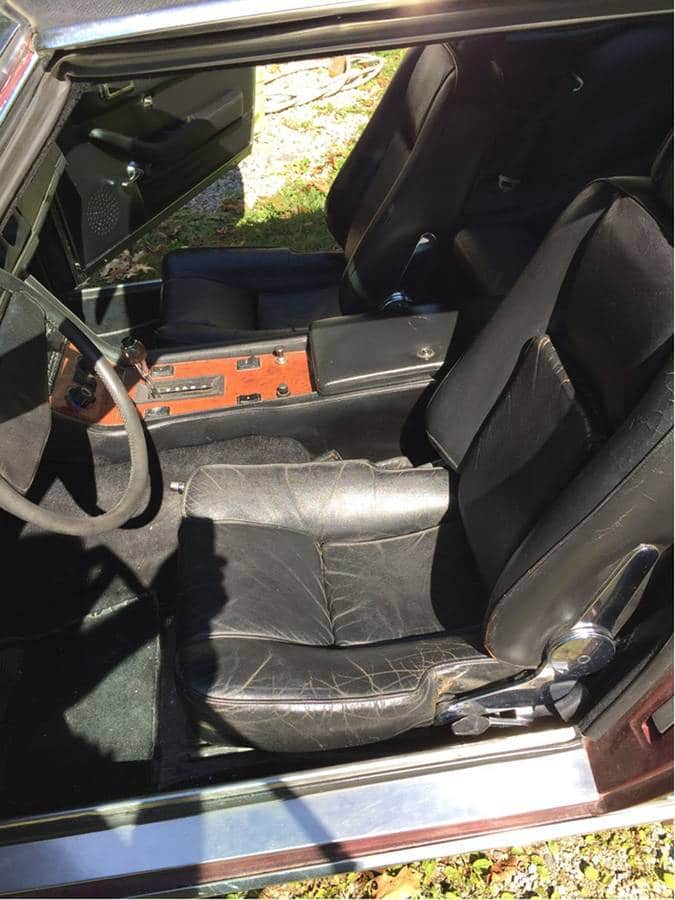 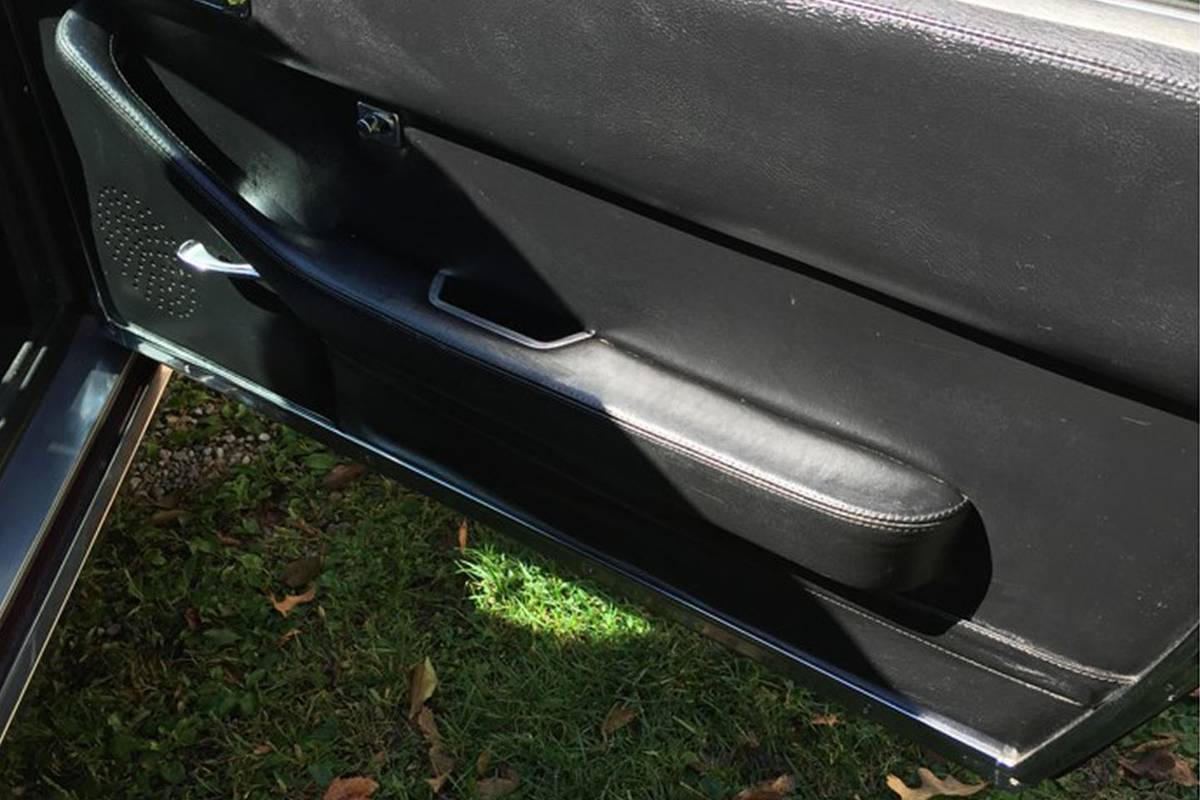 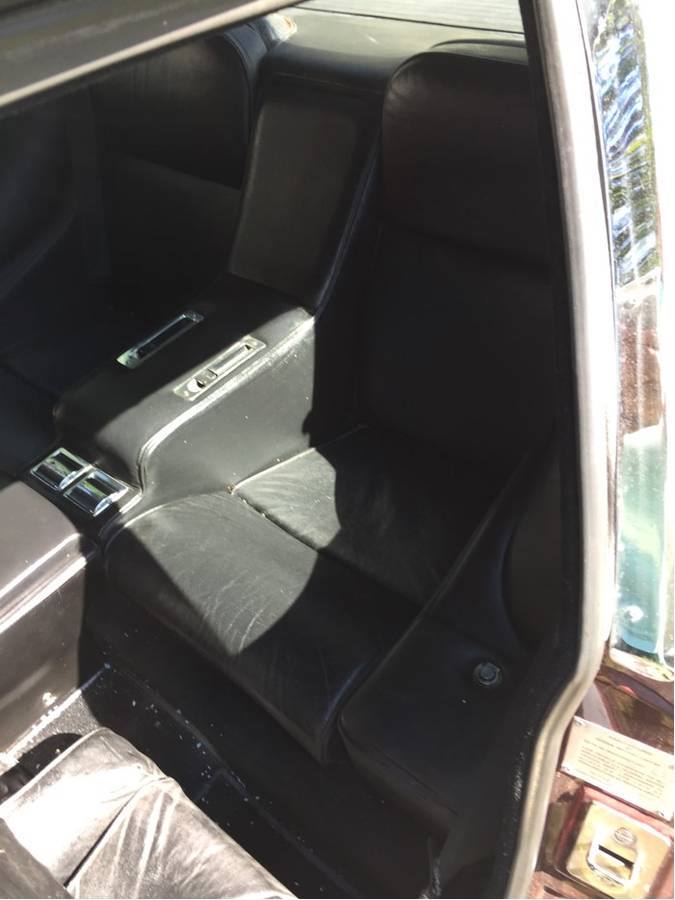 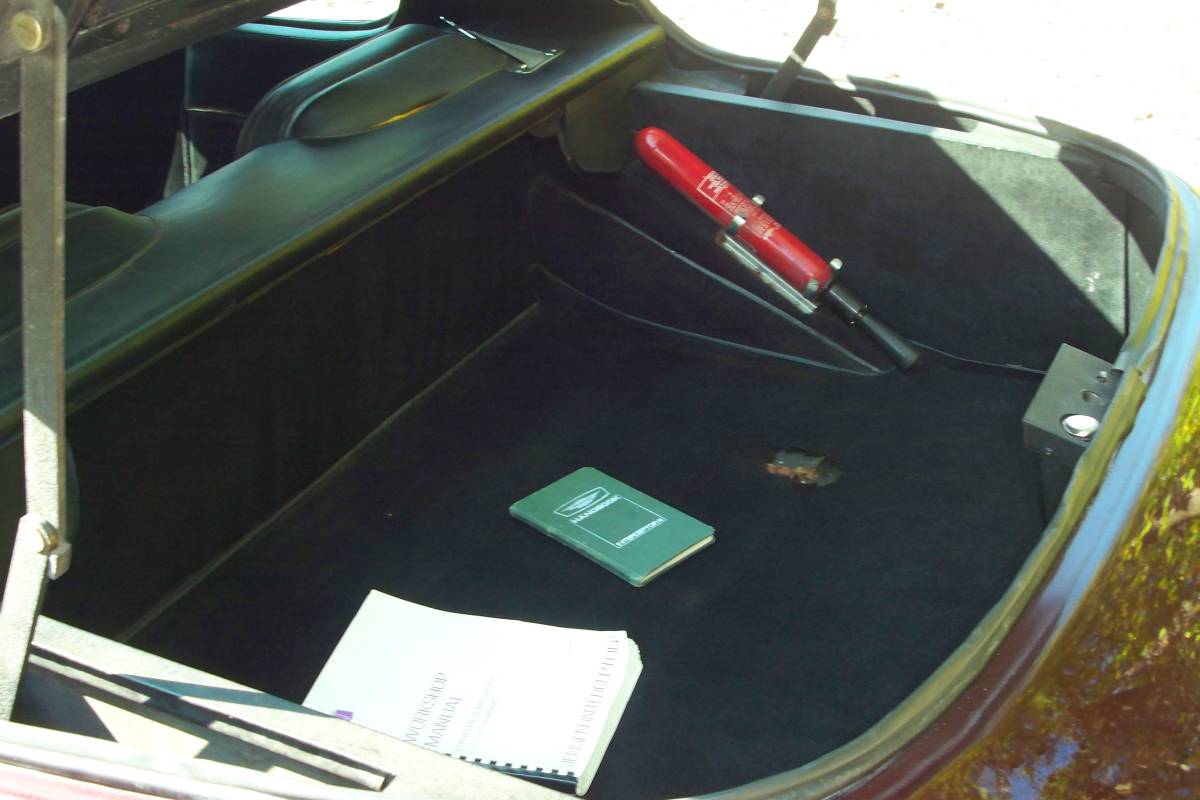 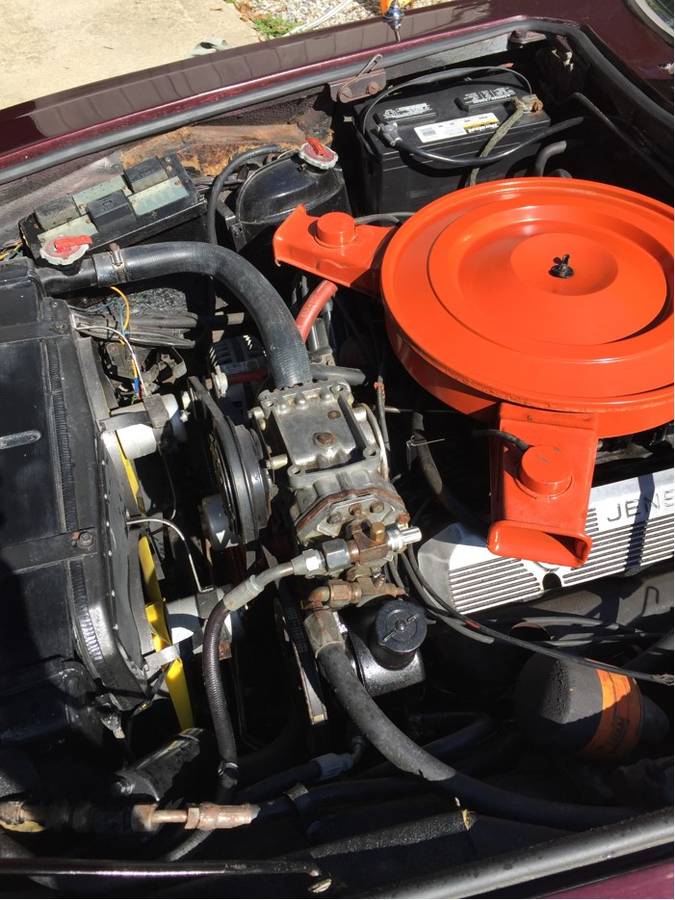 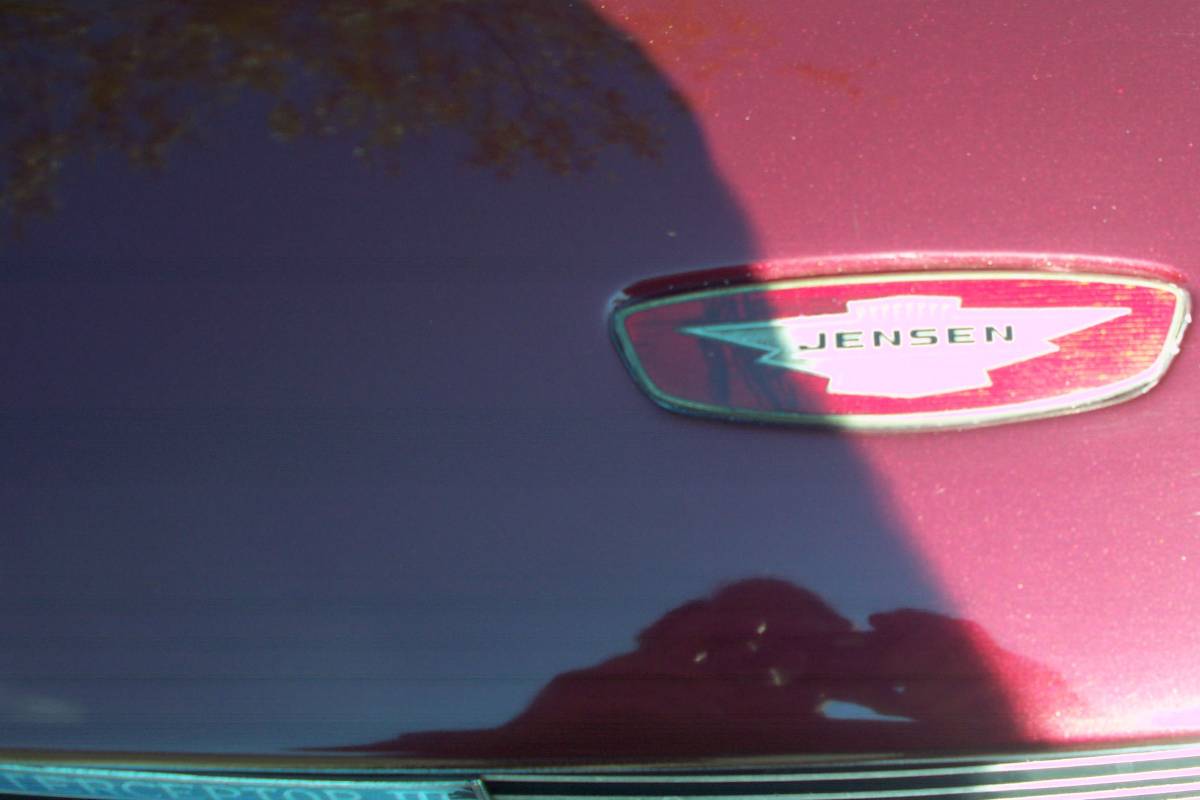 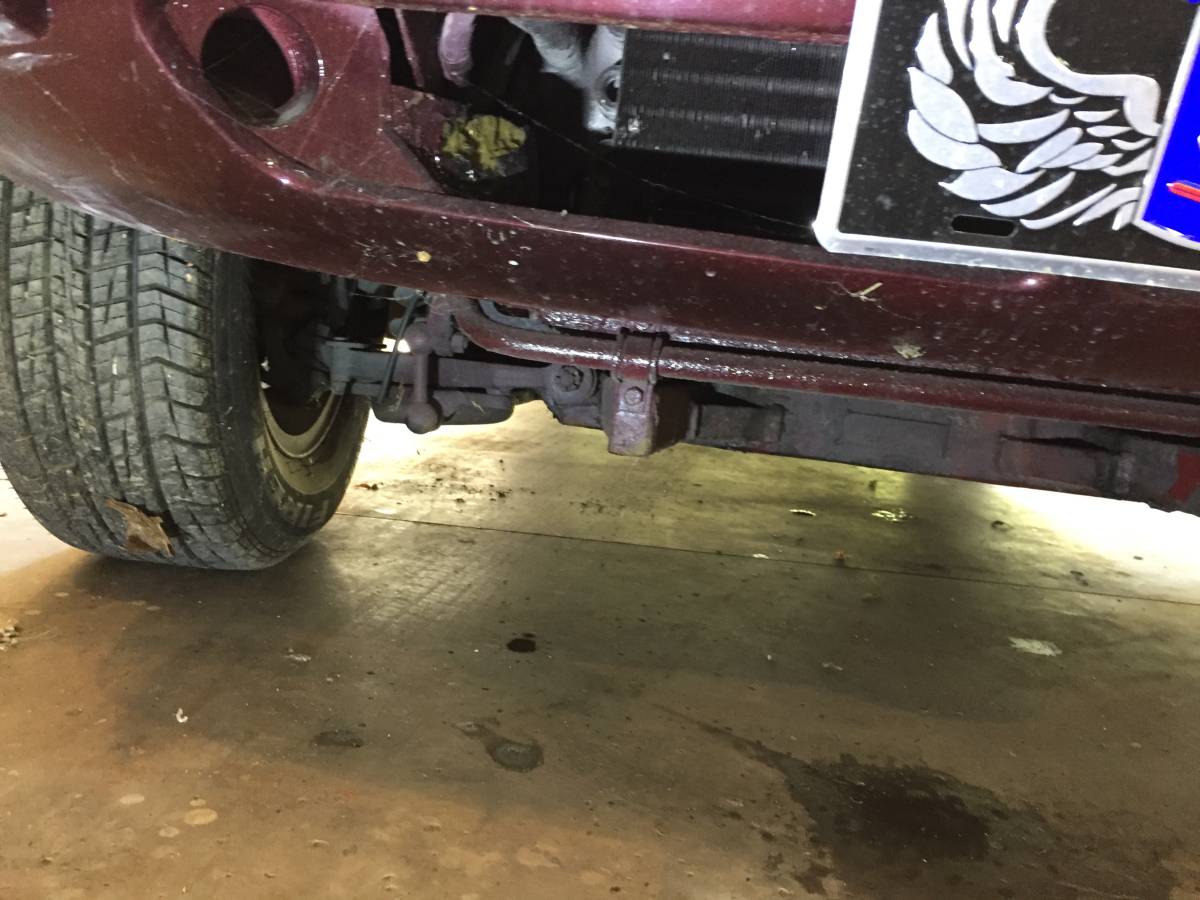 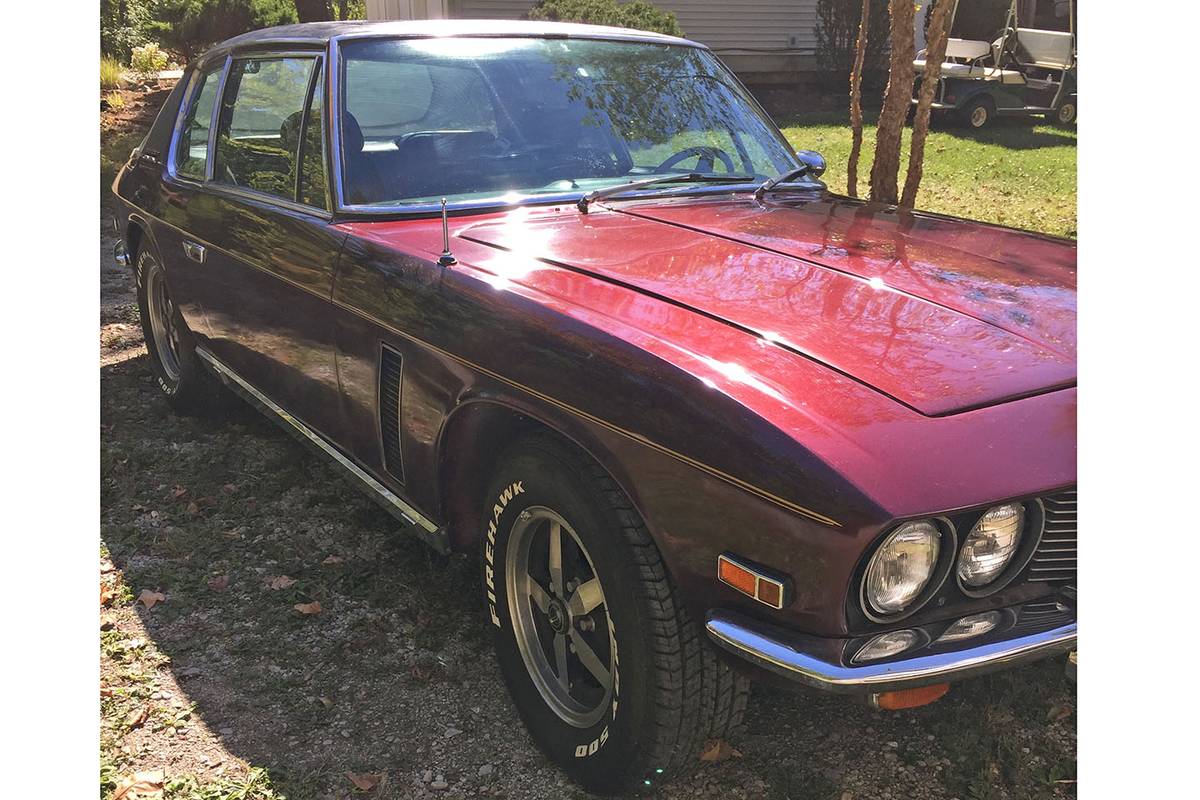 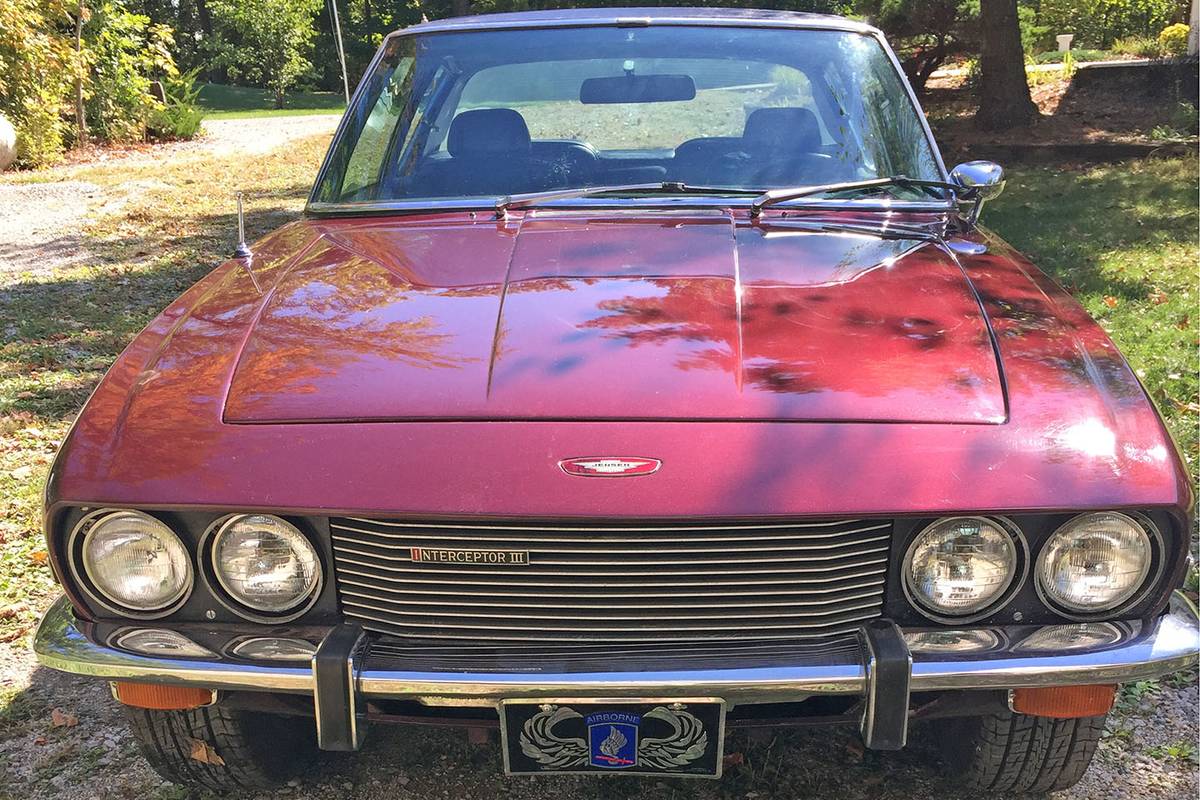 October 24, 2021 Update – We confirmed the seller of this “Classifind” deleted their listing, so we’re now able to call this one “SOLD!” While this one got away, please reach out either by email or call us directly if you’d like to be informed when we come across something similar.

We love classic Grand Tourers here at Guys With Rides and one of our favorites is the Jensen Interceptor. Examples in any condition are a rare sight for sale online, so we jumped at the chance to feature this Burgandy over black leather, 1972 MKIII example originally listed in October 2021 on Craigslist in Fort Wayne, Indiana for $27,500. Comparing that price against the Hagerty Insurance Online Valuation Tool confirms the private seller has their TR250 priced between this guide’s #4 “Fair” (Daily Driver) estimate of $12,800 and its #3 “Good” appraisal of $32,600.  Similarly, the  Collector Car Market Review Online Tool reveals the seller’s ask falls between this guide’s #3 “Good” estimate of $20,800 and is #2 “Very Good” appraisal of $34,300.

The Jensen Interceptor was a grand touring car hand-built at the Kelvin Way Factory in West Bromwich, near Birmingham England, by Jensen Motors between 1966 and 1976.  Jensen Motors used Chrysler V8 engines for the Interceptor, starting with the 383 cubic inch mill typically mated to a TorqueFlite automatic transmission driving the rear wheels through a limited-slip differential.  Since this engine was detuned by Chrysler for use with regular gasoline and only produced 250 horsepower SAE net in 1971, Jensen chose to use the larger 440 cubic inch big block Chrysler engine starting in 1971.  By 1974 the 440 cubic inch V8 produced 255 horsepower SAE net.

Jensen fell on hard times by 1975, owing to the then worldwide recession, problems with its Jensen-Healey sports car, and the U.S. Oil Embargo forcing many American buyers to look away from thirst, big V8 equipped cars. The company was placed into receivership, and the receivers allowed production to continue until the available cache of parts was exhausted. Production of the Interceptor ended in 1976.

One of our favorite Jay Leno’s Garage episodes is this one featuring a similar 1974 Interceptor III in which the Massachusetts-based owner traveled cross-country in his Jensen in order to have it featured on Jay’s show:

The newer repaint is offset somewhat by the worn, but presentable, leather interior in need of professional cosmetic restoration.

“The Jensen Interceptor III brings together the best of three worlds: a stylish design from Italy, V8 Chrysler power from America, and artisanal luxury from Great Britain. You could call the Interceptor a hybrid, but not in the modern sense of the word.

This Gran Turismo is a most attractive collector car. With less than 6400 built, the Interceptor is a rare car.

Carrozzeria Touring from Milan was responsible for the Interceptor’s design. The V8 engine was supplied by Chrysler, and in West Bromwich, near Birmingham, the whole package was put together and finished with the finest materials, as you would expect from a specialized English company. In terms of luxury and comfort, the Interceptor is on par with Aston Martin and Rolls-Royce.

Under the louvered hood, you will find the 7.2-liter High Deck big-block V8, which was also used in Mopar’s popular muscle cars like the Dodge Charger and Plymouth GTX. Equipped with a four-barrel carburetor, the engine produces no less than 305 hp, which is transferred to the rear wheels by a three-speed automatic transmission.

Offered by the third owner after 17 years of ownership.

This Interceptor III was stripped and painted in the attractive maroon color about 3-4 years ago. The interior is the original leather.

Mechanically, the car is in very healthy condition, suitable for many comfortable touring trips. This Jensen Interceptor is offered just at the right time: value of this classic car will only increase in the coming years.

To summarize, the Jensen is truly a very unique car with the best of its qualities coming from three different countries, making it a fantastic tour car for the sports minded collector and with the rear seat, a great car to take the kids or grandkids on a tour with you or to a car show. These Jensen Interceptors are extremely rare and it is highly unlikely that if you go to a local car show that you will see another one. As a matter of fact most collectors have not seen a Jensen and it always draws a crowd because of its rarity and uniqueness. This car is priced so that everybody can have an opportunity to add it to their collection.