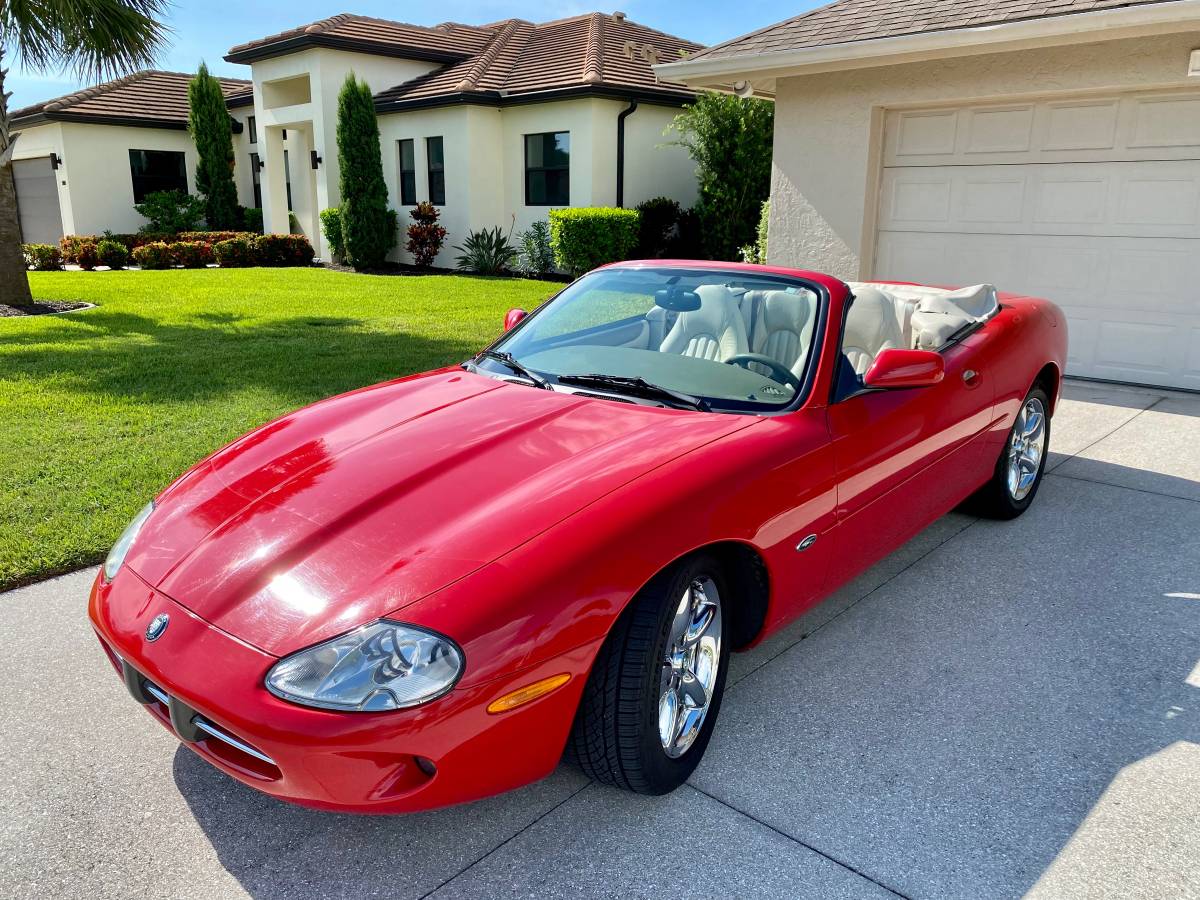 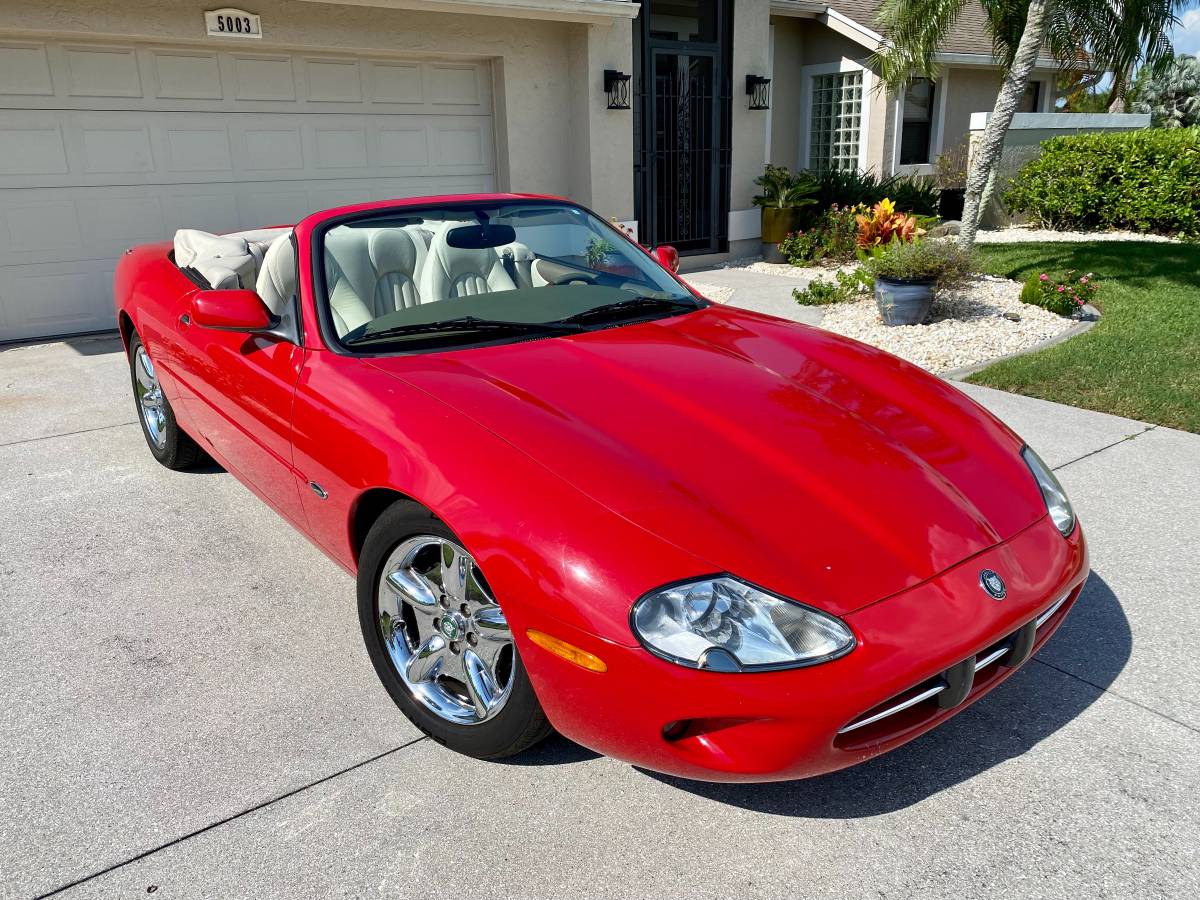 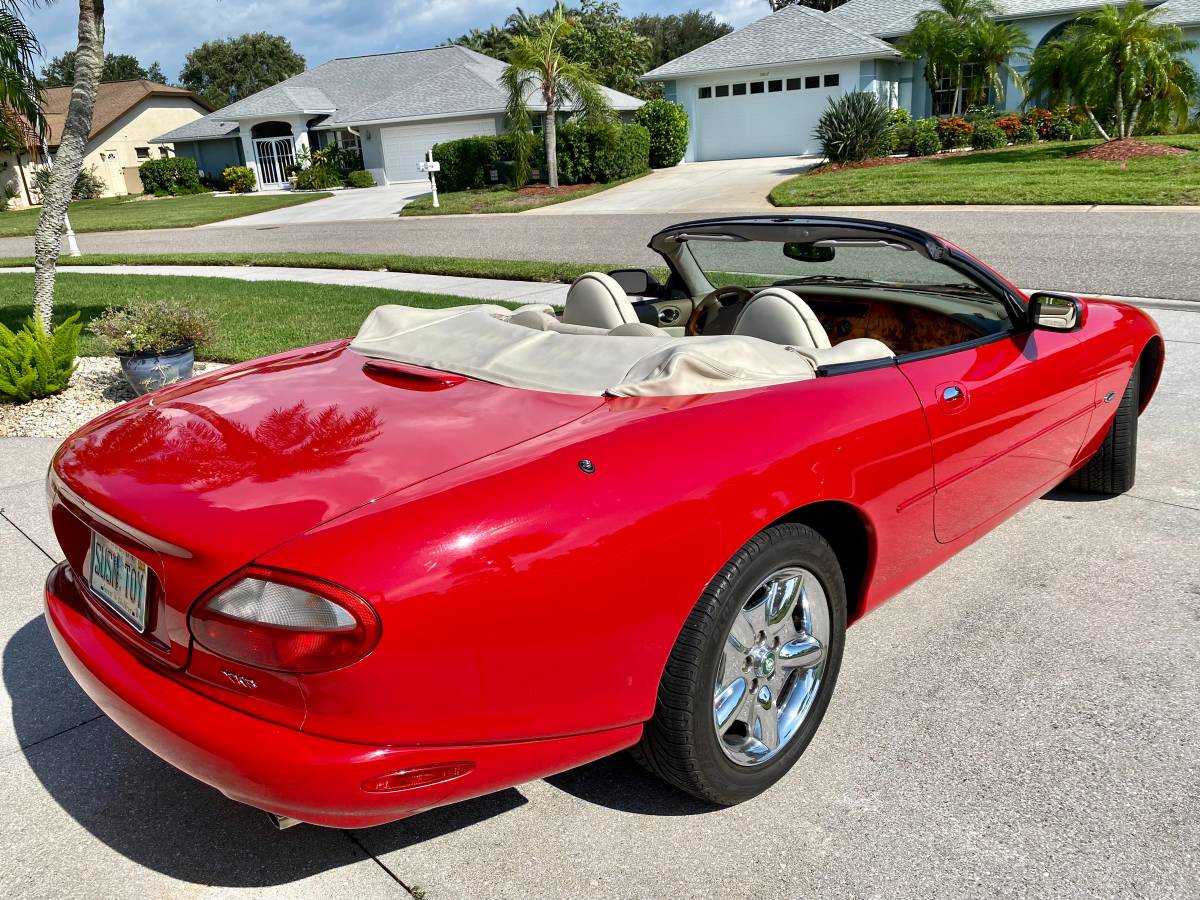 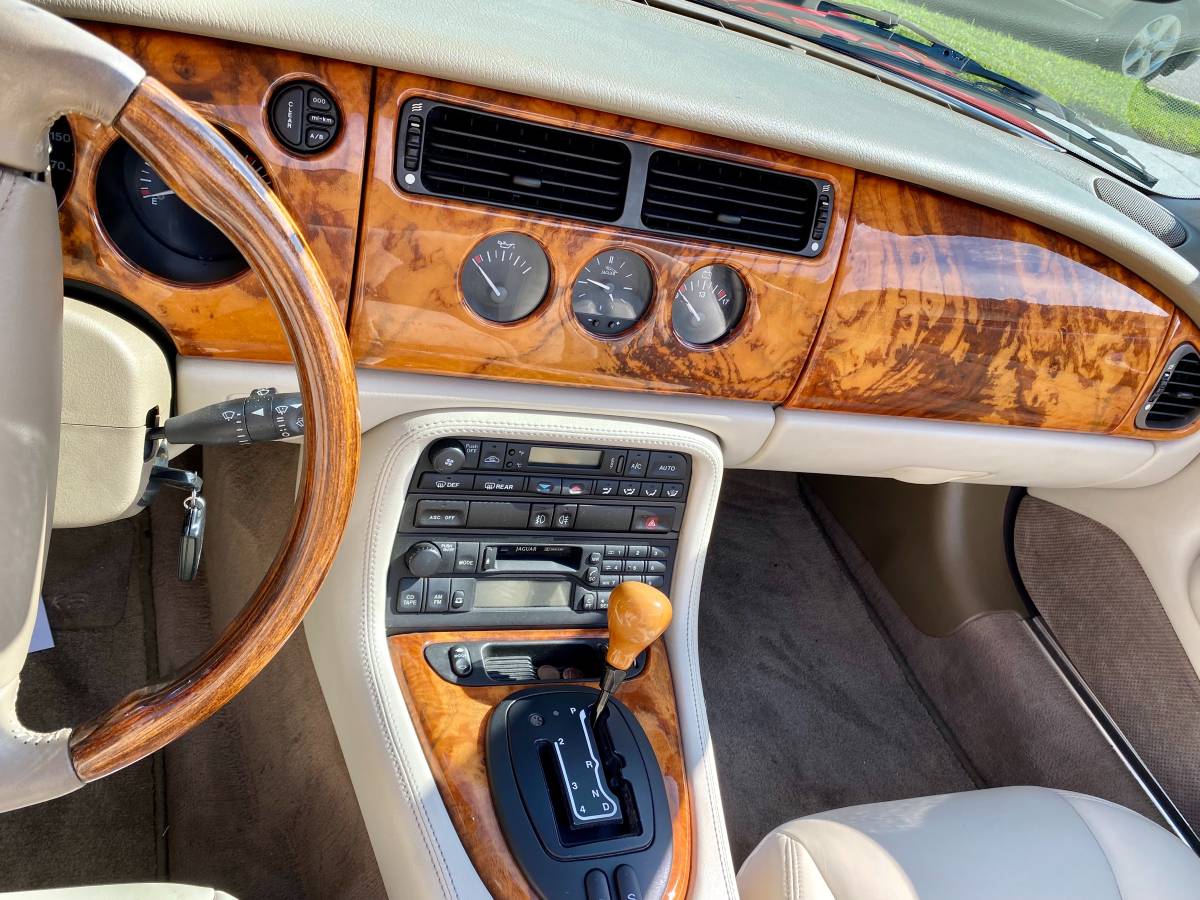 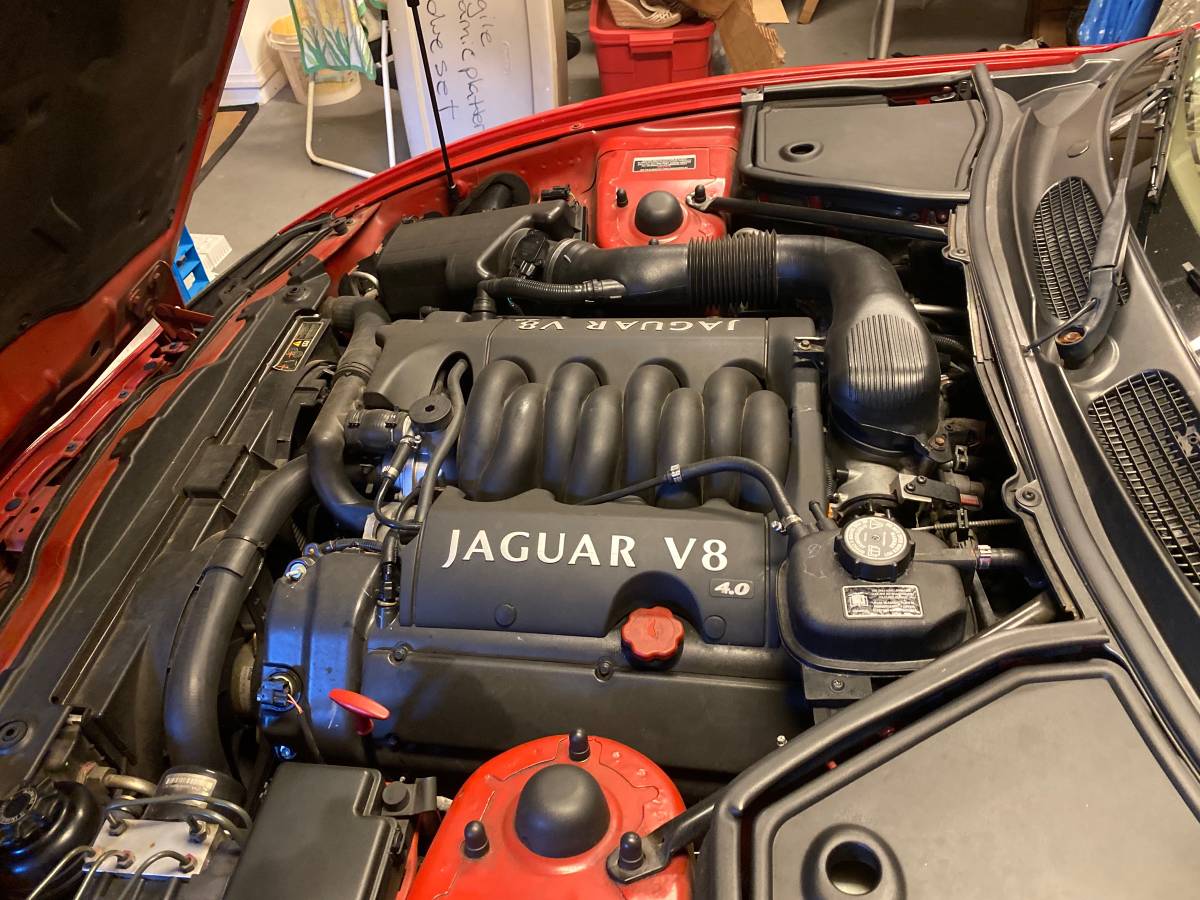 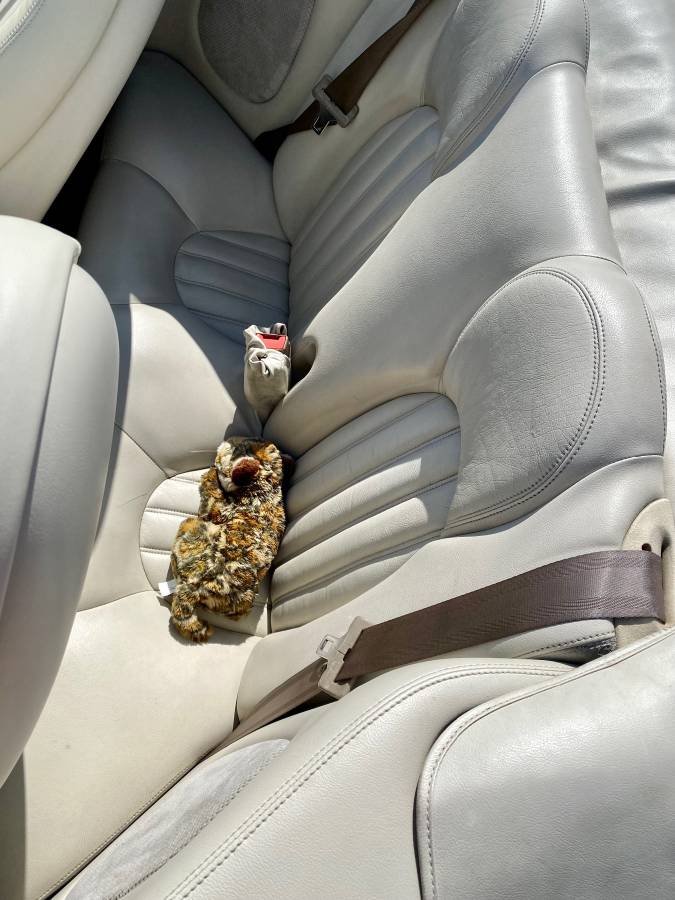 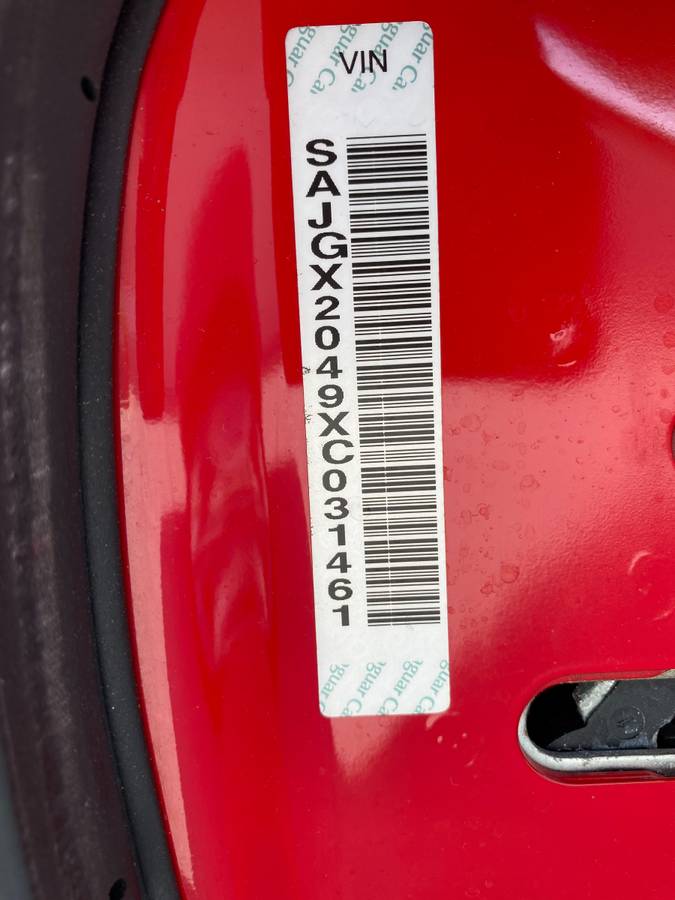 Sometimes, a vehicle arrives with such fanfare that they never fall out of the picture completely, even if they don’t become the instant collectible they were seemingly destined to be. The Jaguar XK8 is a perfect example of such a car, launched with every major automotive media outlet covering its every move and collectively singing its praises. Now, despite the looks aging incredibly well, you can find sharp examples like this 1999 model originally listed in October 2021 on Cragslist in Venice, Florida with outstanding cosmetics and under 100,000 miles for $13,999 (the original ask was $14,999).  Comparing this price against the NADA Price Guide tells us this private seller is being somewhat aggressive with his asking price as the “High” retail is pegged at $8,650.

The XK8 was one of the better attempts at migrating to a modern platform with a design that paid homage to its forebears. The XK8 doesn’t get a ton of respect in the marketplace today, but the looks have aged quite well, and given how many are still listed for sale as running, driving cars with high miles, Jaguar must have achieved some level of quality control that represented an improvement over the long-tenured XJS. The XK8 came in a few different flavors, including a supercharged XKR model and a hardtop coupe – the latter of which will someday be a legitimate collector’s item, mark my words. The trouble is, like so many luxury models, many of these high-zoot cars have fallen into the care of both second- and third-string owners who almost universally prioritize style over maintenance records.

We came across this 1996 segment of Top Gear on YouTube featuring Jeremy Clarkson test driving the then-new Jaguar XK8:

What that translates to is many of these once-glamorous flagships turn up as neglected heaps, usually with any number of issues from a weak automatic transmission to a power top that no longer goes up-and-down with the touch of a button. The XK8 shown here appears to have avoided that fate, as the seller claims he is the second owner of the last 18 years. Unlike many XK8 owners, he’s spent some actual money-making improvements, including new leather on the front bucket seats. The paintwork still appears to be quite lustrous, and the chrome wheels present well. The combination of a powerful V8 and rear-wheel-drive is rarely a bad thing, and this XK8 looks like a reasonable entry into luxury and performance car ownership without a significant cost of entry – but given the price is above current guidance and there’s no mention of records, there is likely some room to bargain on this one. Good luck with the purchase if you take this clean XK8 convertible home.