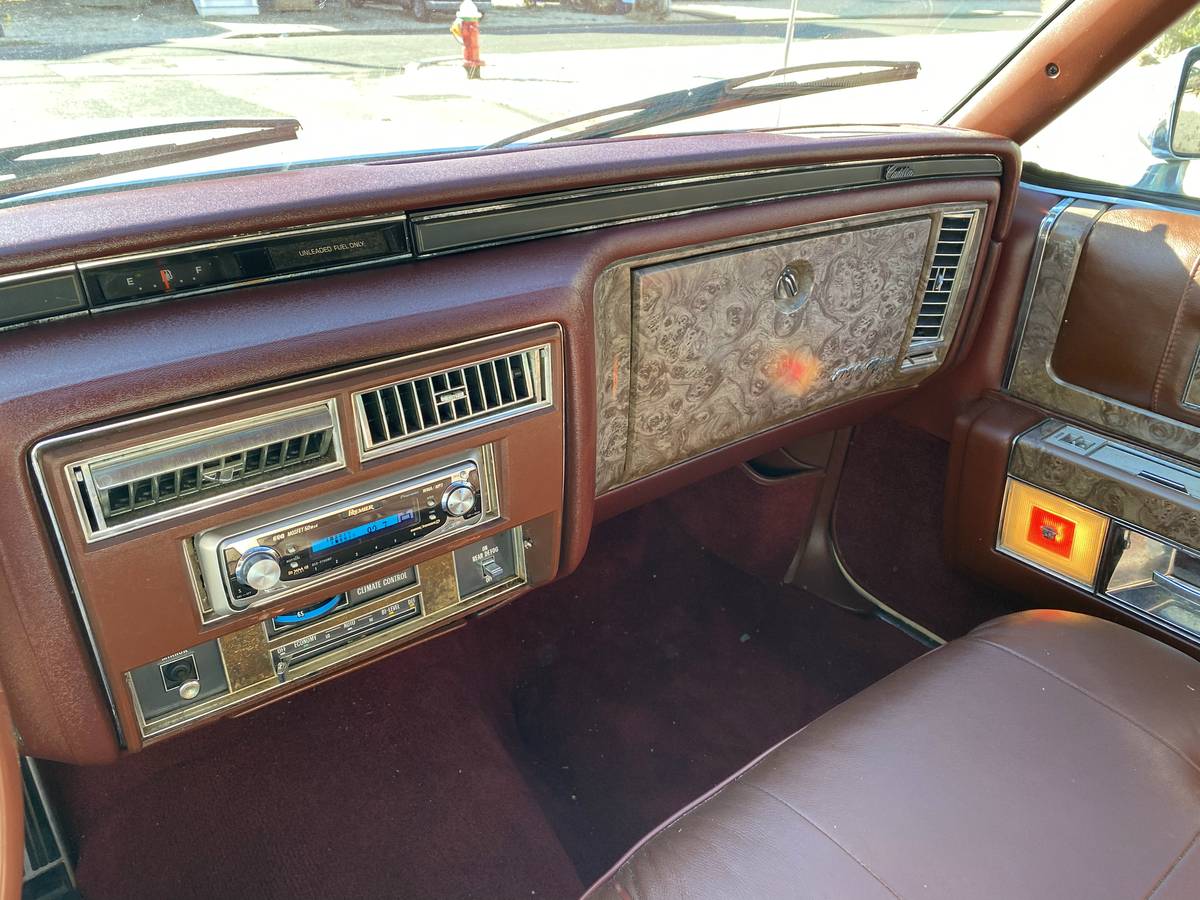 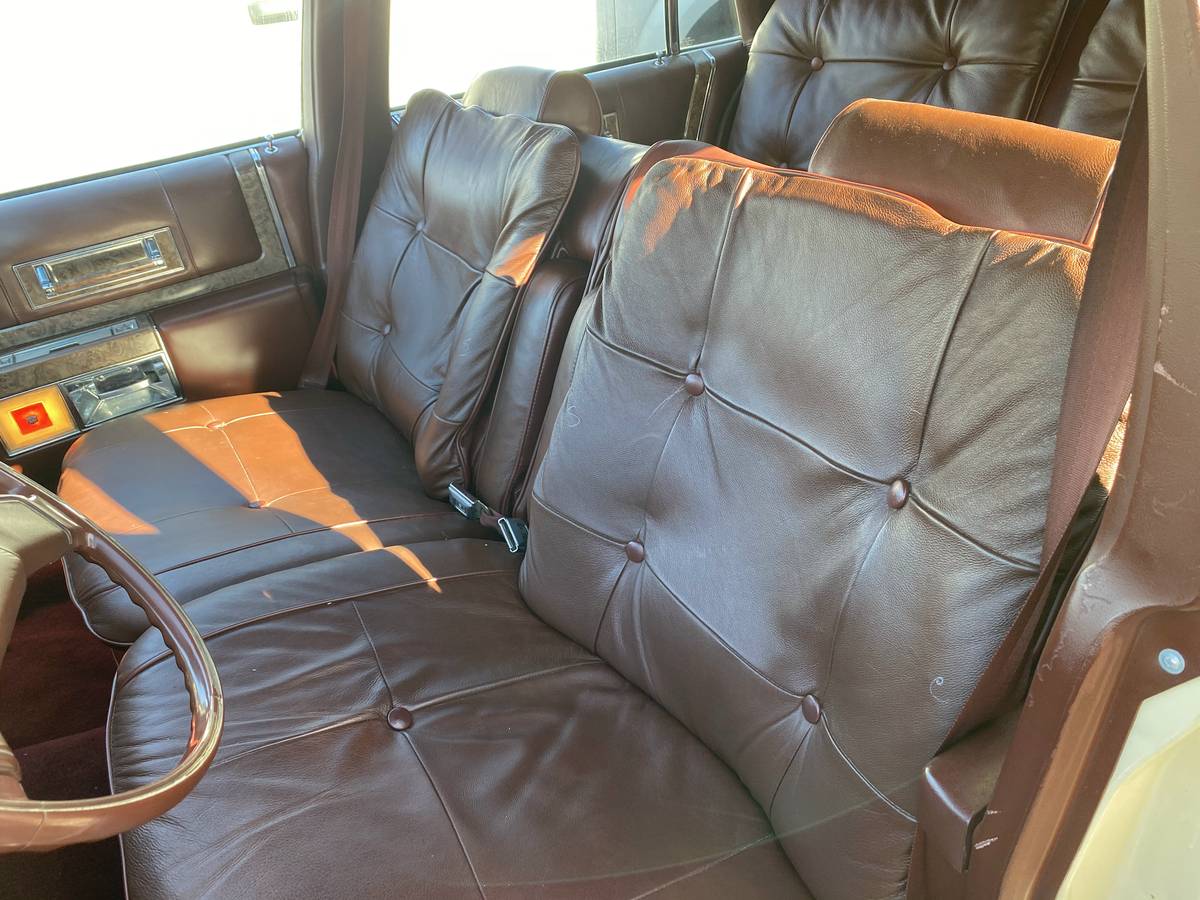 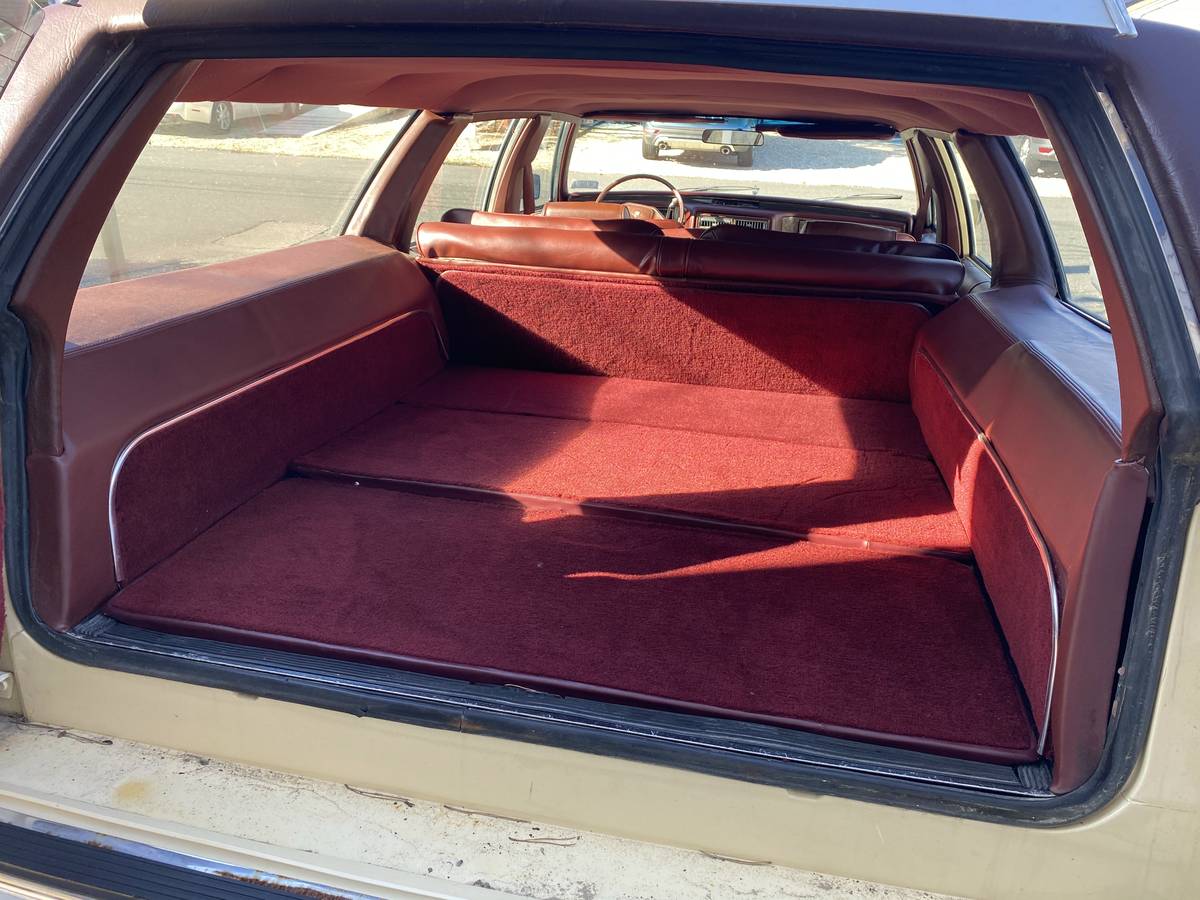 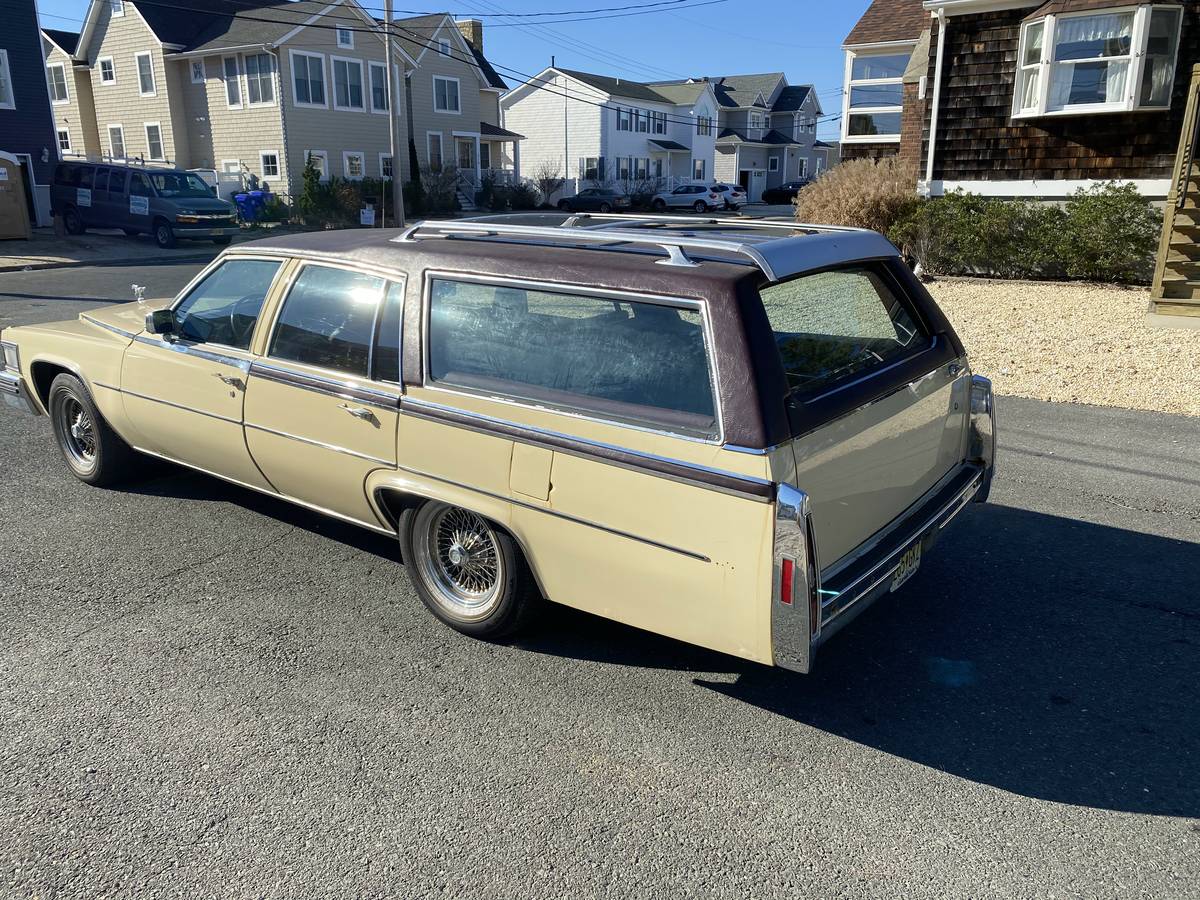 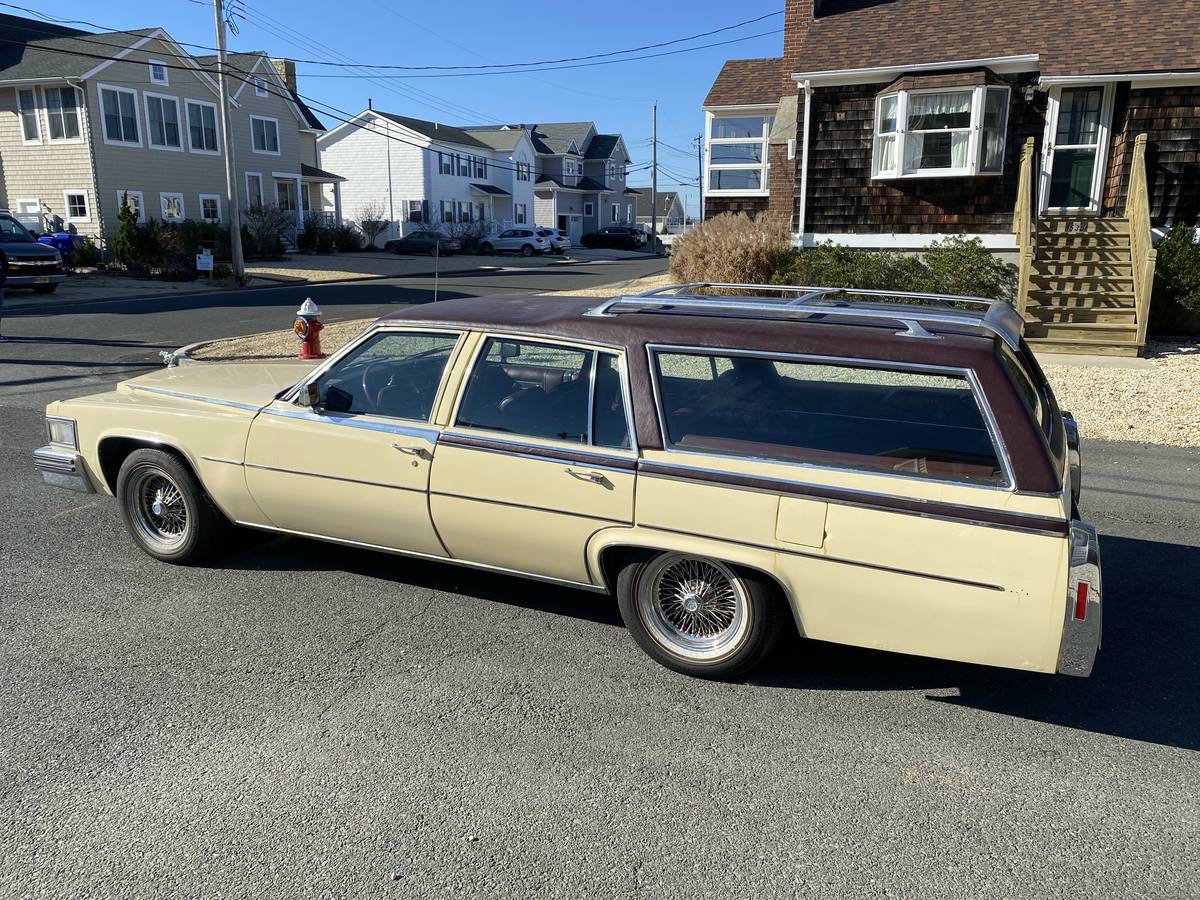 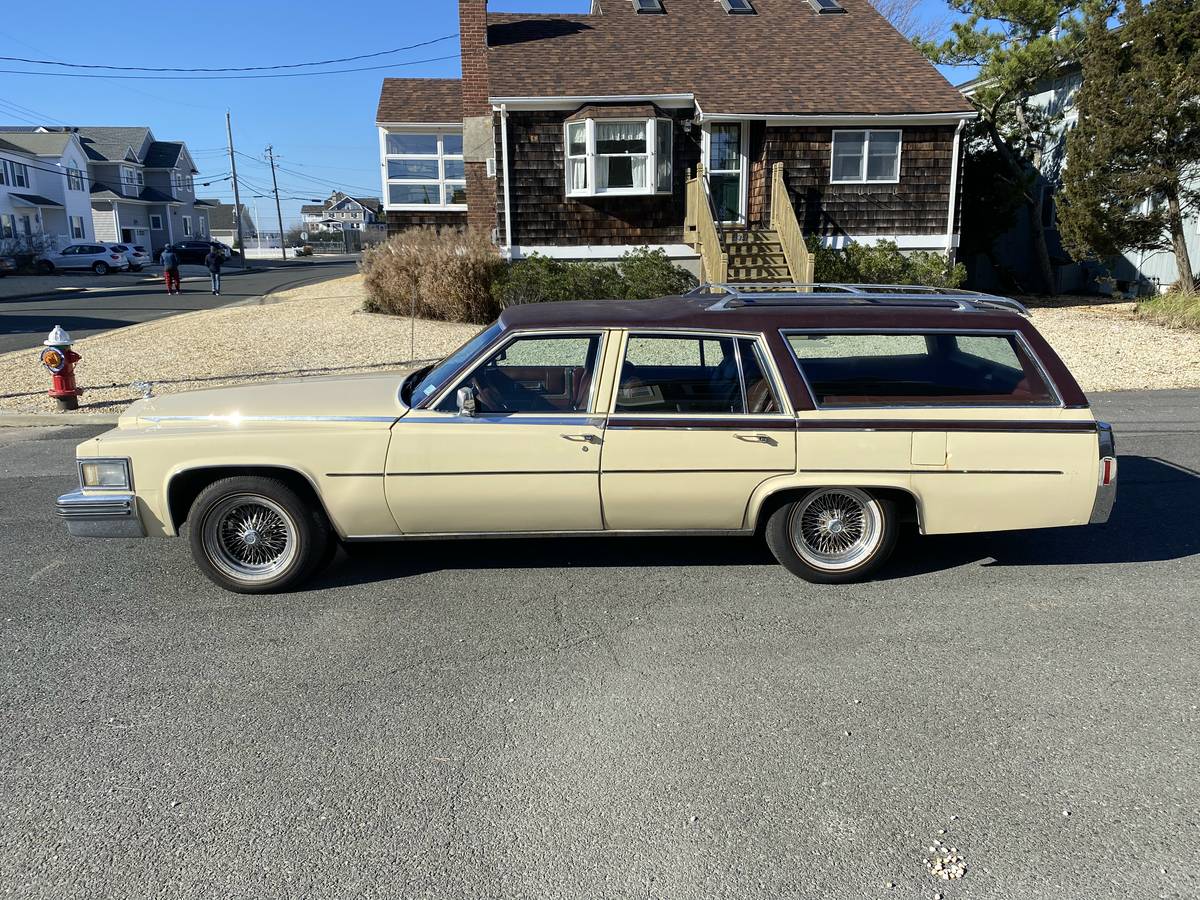 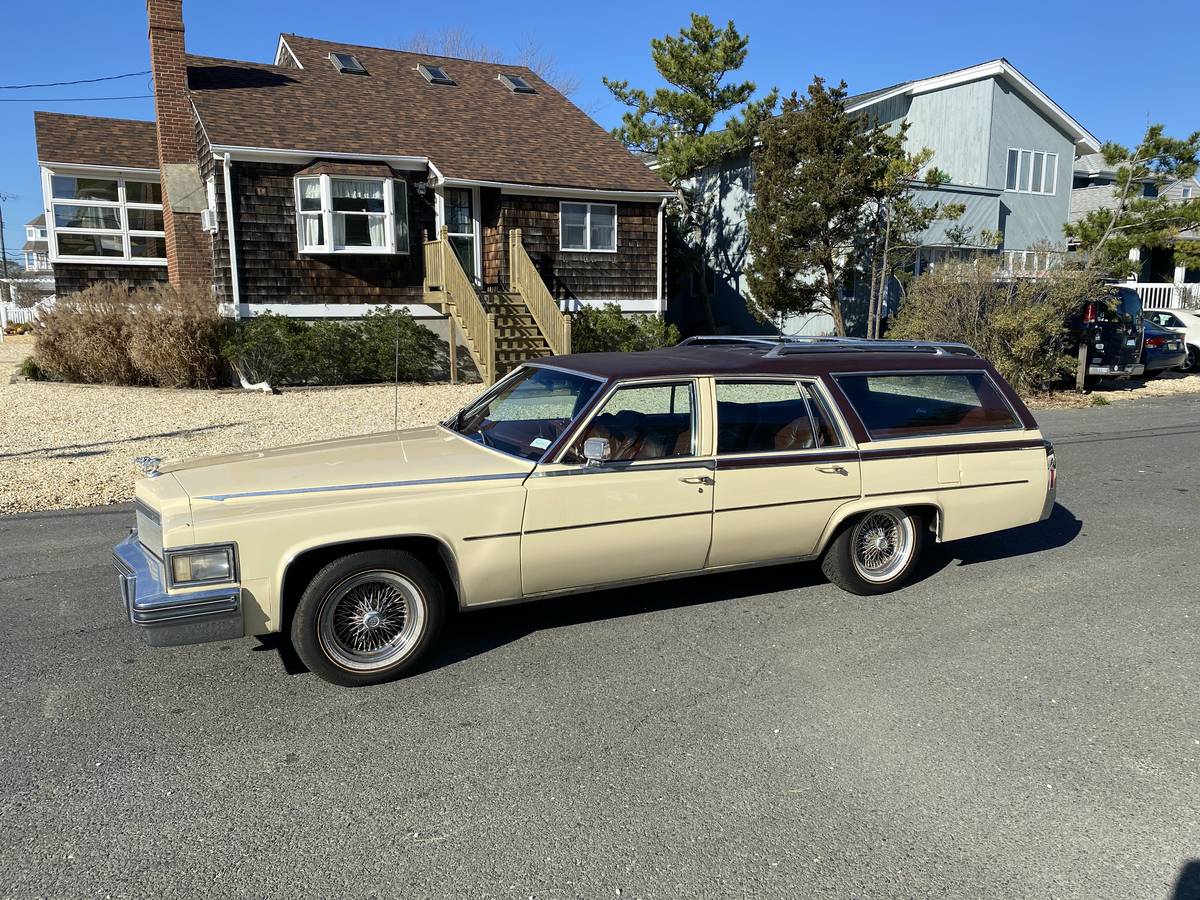 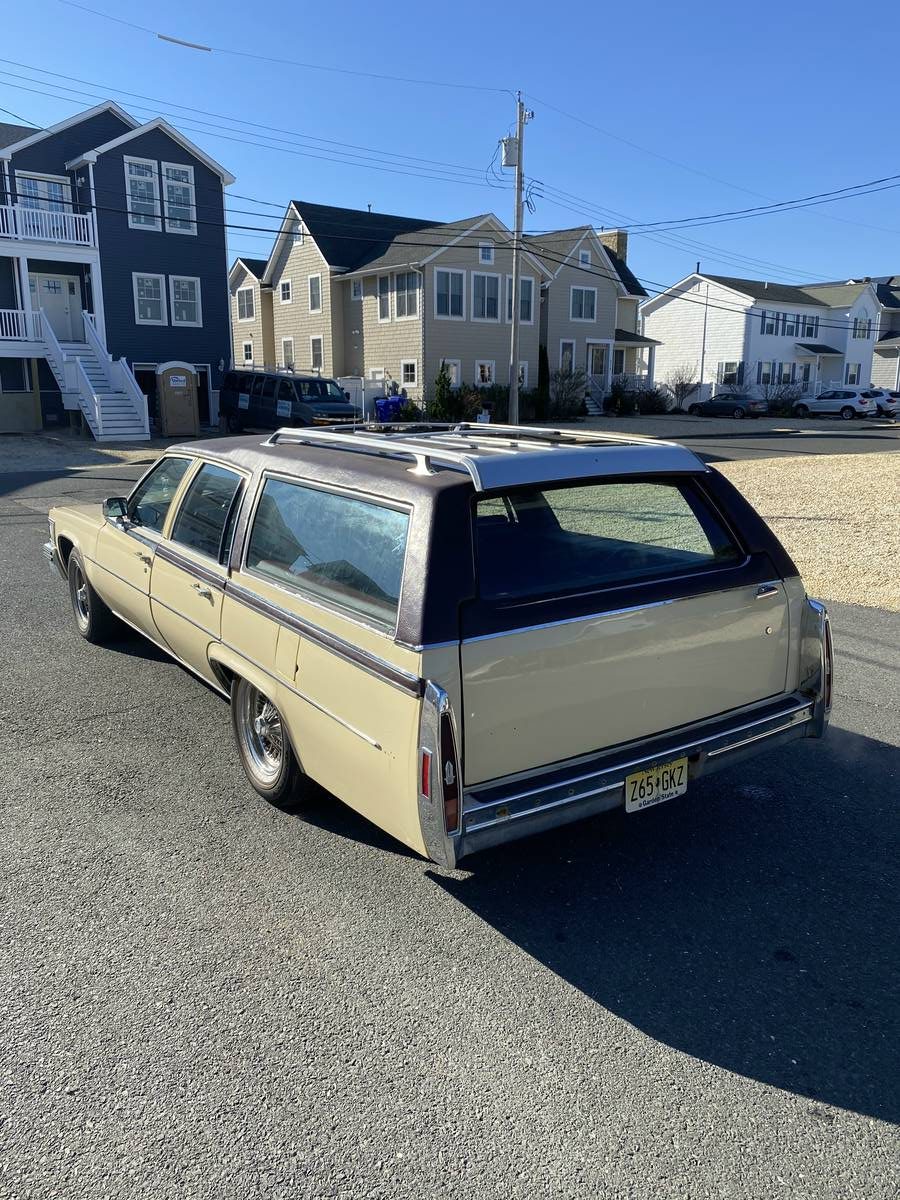 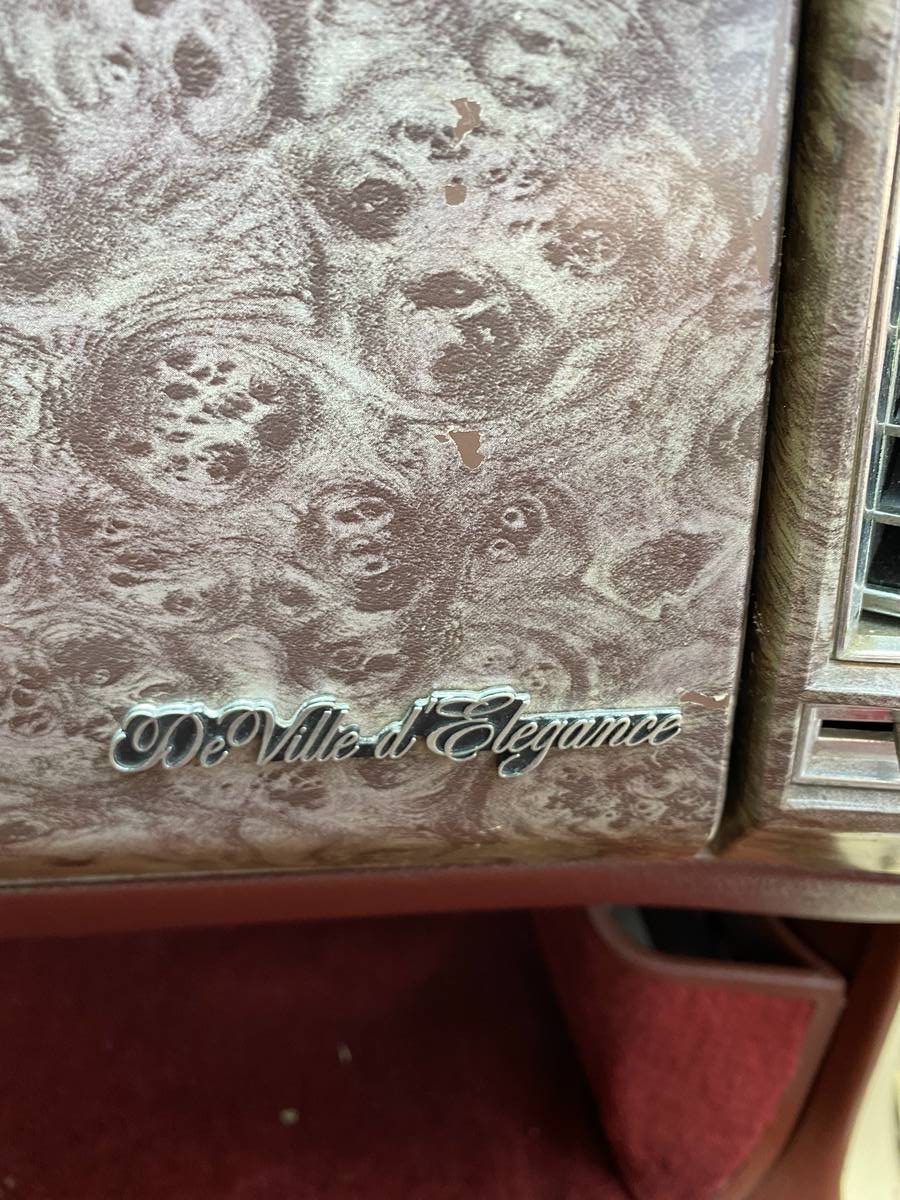 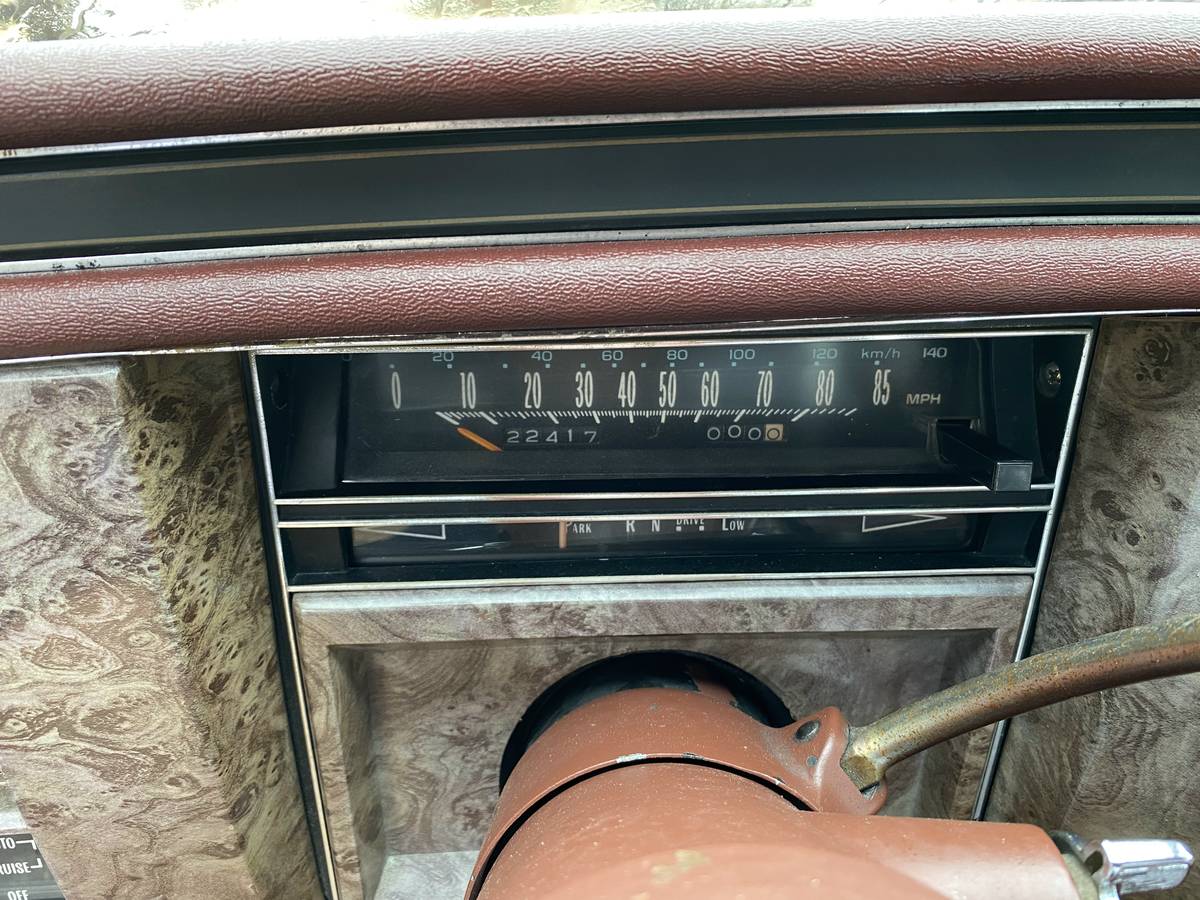 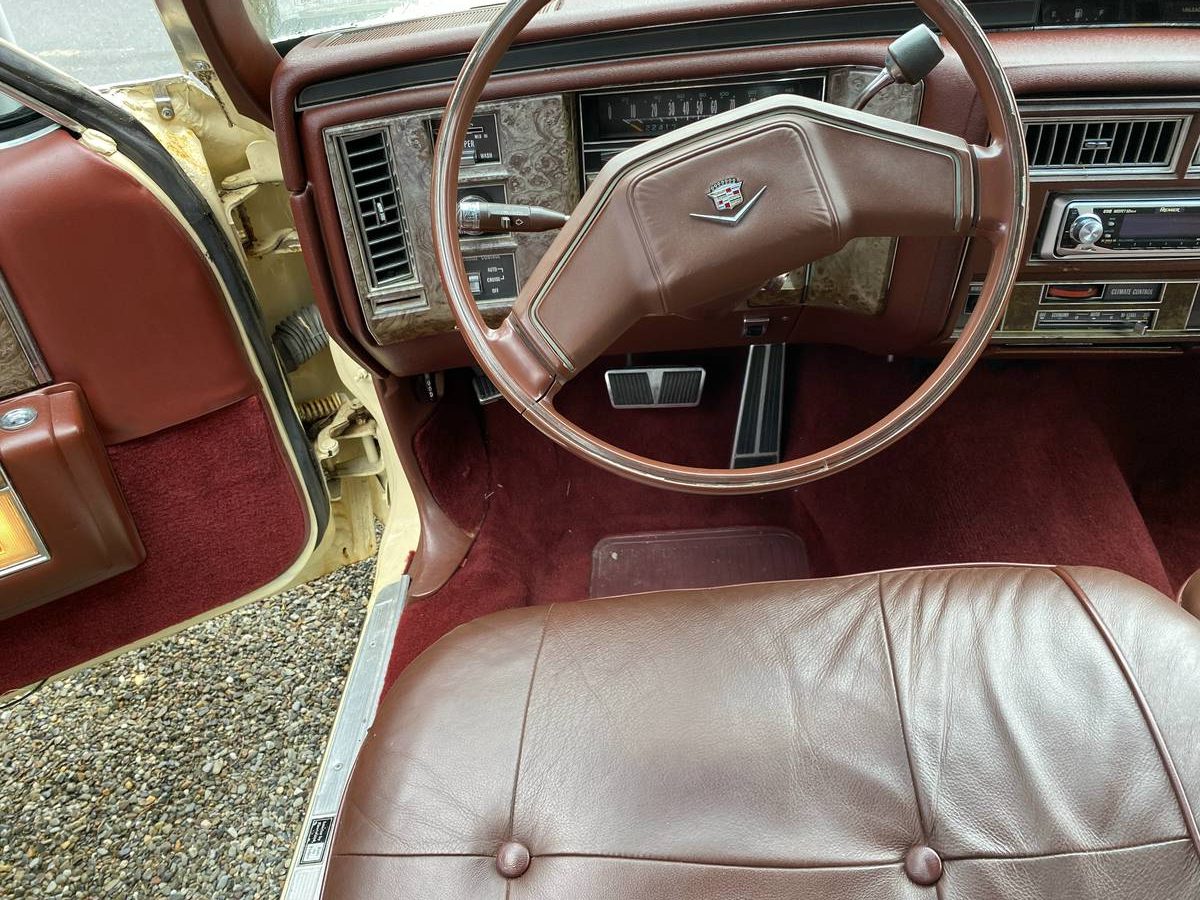 November 30, 2021 Update – While this “Classifind” expired recently, given the seller’s past history we suspect may not actually be sold yet.  For now, we’re labeling this ride “Sold?” However, we will keep an eye out for an updated listing. In the interim, please reach out either by email or call Rudy directly if you’d like to be informed when we come across something similar.

October 17, 2021 Update – After a nearly two-month pause following the expiration of their last Craiglist post, the private seller of this bespoke Cadillac station wagon just posted a fresh listing.  The pictures, description, and price all remain the same.

August 25, 2021 Update – While this bespoke Cadillac station wagon “Classifind” expired recently, given the seller’s past history we suspect may not actually be sold yet.  For now, we’re labeling this ride “Sold?” However, we will keep an eye out for an updated listing.

Fun fact: before 2007 Cadillac never offered an official station wagon variant in its 104-year history up to that point. Throughout that time, however, GM’s shared “B” and “C” body components made a relatively straightforward process for custom coachbuilders to fabricate Cadillac Station Wagons for well-heeled clients willing to pay for the upgrade.  Elvis Presley was well-known for buying a number of custom-built station wagons. While the seller doesn’t mention who the original owner of this 1979 Cadillac Sedan DeVille Station Wagon originally listed in September 2021 on Craigslist in Brick, New Jersey, we’re sure it must be a great story to learn who originally commissioned this custom Cadillac. Offered at $15,500, comparing that price against the Hagerty Insurance Online Valuation Tool confirms the private seller has their Cadillac priced eight hundred dollars more than this guide’s #1 “Concours” appraisal of $14,700.  Similarly, the  Collector Car Market Review Online Tool reveals the seller’s ask is nearly five thousand dollars above this guide’s #1 “Excellent” appraisal of $10,700.  Both of the comparisons were made against the values for stock Sedan DeVilles, so the premium requested here is for the custom coachwork.  That said, we’ve seen this car featured before over the past year and believe the odd color combination is likely holding this car back.

“This 1979 Cadillac Sedan DeVille d’Elegance is one of a handful of station wagons by R.S. Harper Custom Coachbuilders. Described as having been refurbished in 2015 with rust repair, a repaint, and a reupholstery job completed, equipment includes power amenities and luxury features such as automatic climate control, woodgrain trim, cruise control, and a power-adjustable driver’s seat among more. Power comes from a 425ci Cadillac V8 backed by a Turbo-Hydramatic 3-speed, and the seller describes sound running condition. The fifth-generation Cadillac DeVille was sold as a two-door coupe and a four-door sedan. This station wagon started life as the latter but was modified to become a station wagon in period by R.S. Harper Custom Coachbuilders, who produced at least one other example for the same model year. The seller describes a refurbishment as having been performed in 2015 which included rust repair and a paint respray. Photos capture the rear bumper as showing corrosion and missing its rubber impact strip, while the driver’s side rear quarter also shows rust around the beltline trim and the fuel door. The rear Cadillac crest is also absent. The vinyl roof is fitted with a roof rack with an integrated rear air dam seen on other Cadillac station wagons. Aftermarket wire wheels are wrapped in Vogue-style narrow whitewall tires. The interior is fitted with power-operated brown seats that were reportedly reupholstered in 2015, along with replacement dark red carpeting that was installed at the same time. The instrument panel features a woodgrain appliqué that is carried through to the door panels and bears a scripted DeVille d’Elegance badge at the passenger side. This package was available at added cost and came with a 50/50 split front seat, door pull handles, and the aforementioned badging. Additional electronic conveniences include a tilt and telescoping steering column, cruise control, an electronic trunk release, automatic climate control, and power windows, mirrors, and door locks. A Premier AM/FM radio has been installed in the dash in place of the factory unit. A sweeping 85-mph speedometer is accompanied by a fuel gauge and warning lamps for other vehicle systems. A digital clock is fitted, and the five-digit mechanical odometer displays 22k, which is believed to represent 122k. New carpeting has been installed in the cargo compartment​“

Show or go: what would you do with this restored custom Cadillac Station Wagon?  Comment below and let us know! 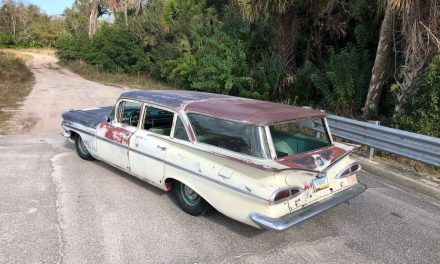 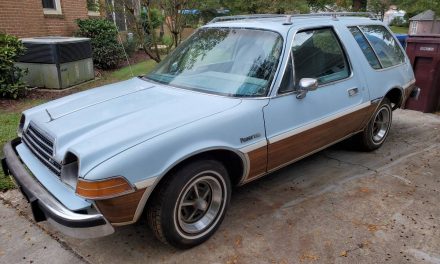 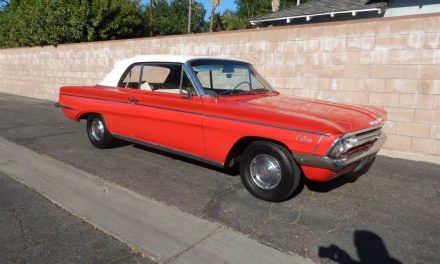 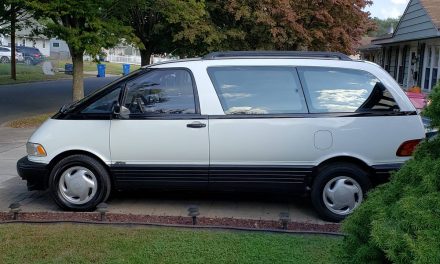