Guess What Ride 36: Which Year GTO?

GuessWhatRide is the GuysWithRides.com game designed to test your collector car knowledge. Pontiac made the first generation GTO for four model years.  In the picture shown, which model year of first-generation GTO is missing?

Over three-quarters of the entries correctly answered the question: 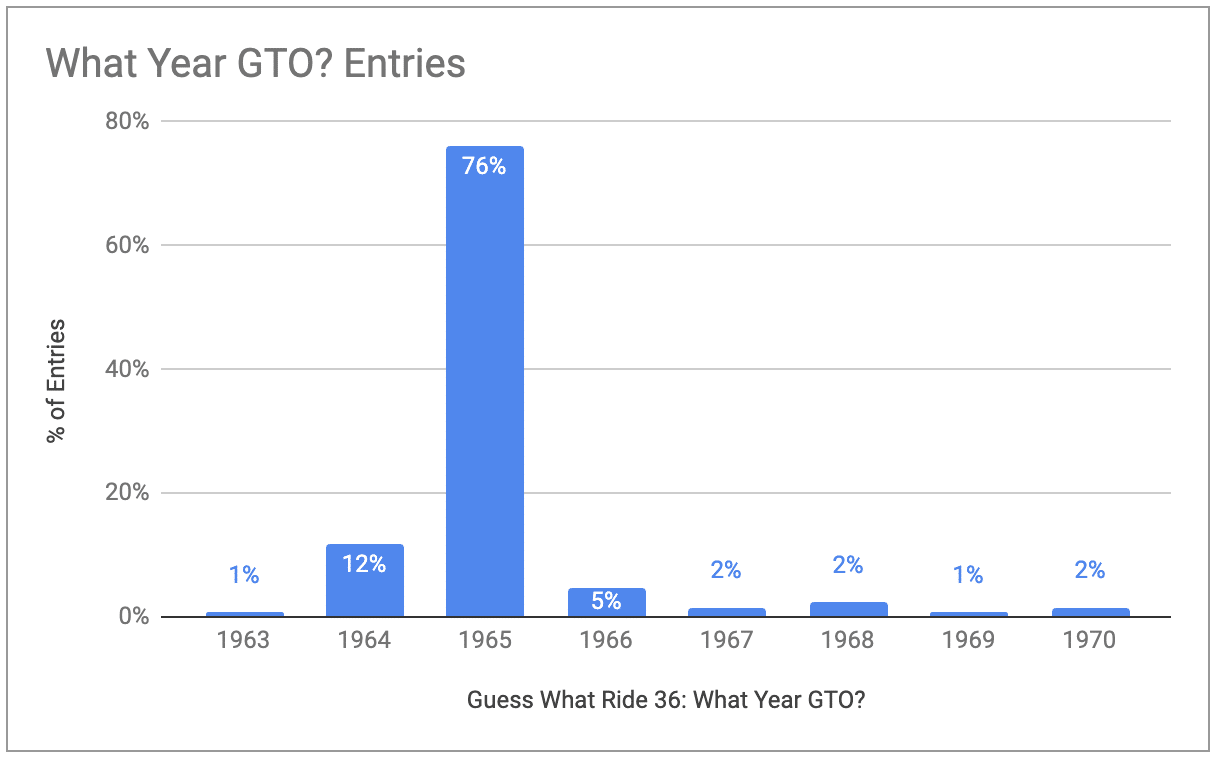 All of the entries with the correct answer were entered into a drawing on Saturday, October 30, 2021. We’re pleased to report reader Skyla S. won one (1) Battery Tender® 6V/12V, 3 AMP Selectable Battery Charger – an $89 value!

If you missed playing this Guess What Ride? Stay tuned as we will have a new one starting very soon!