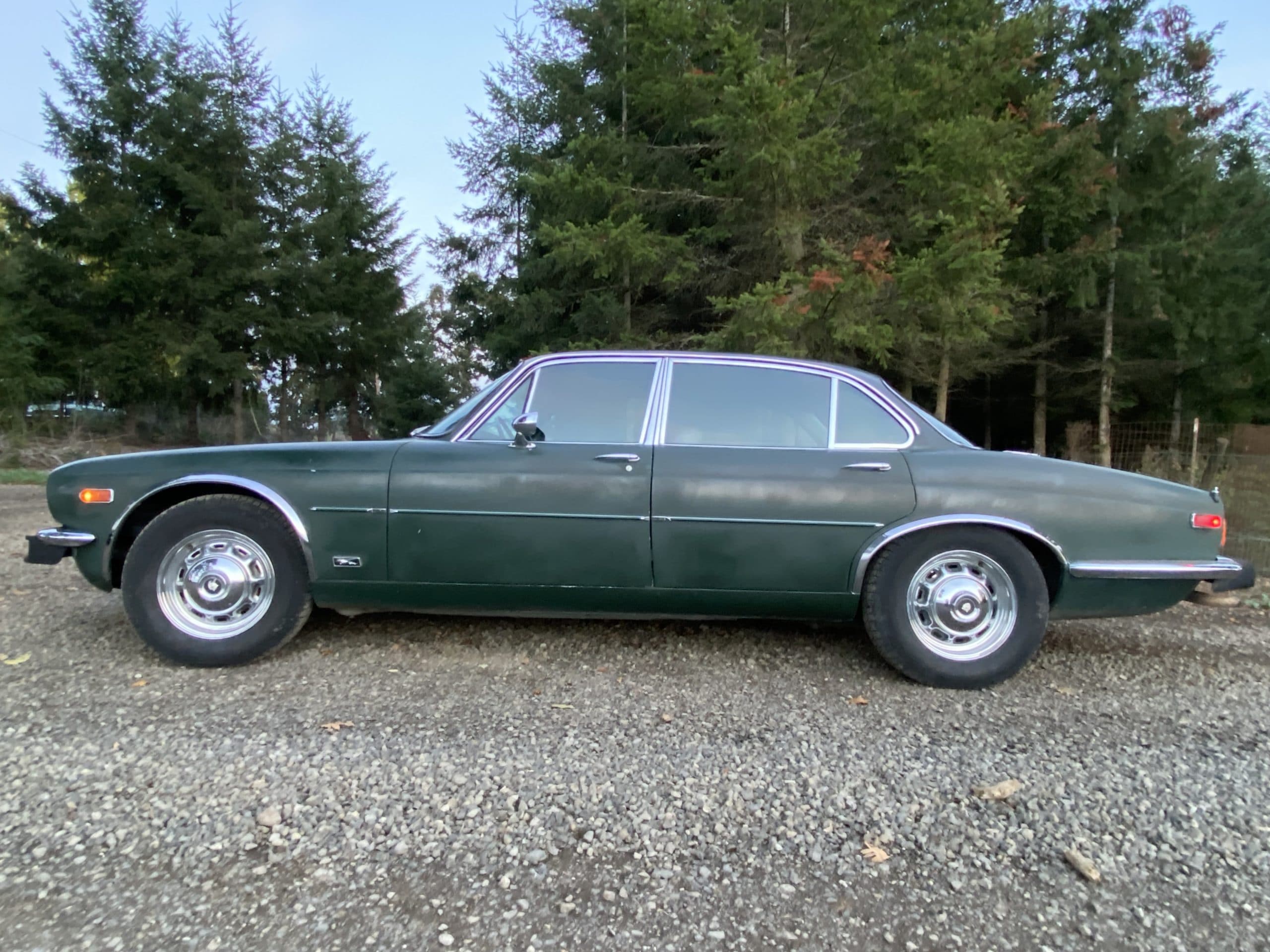 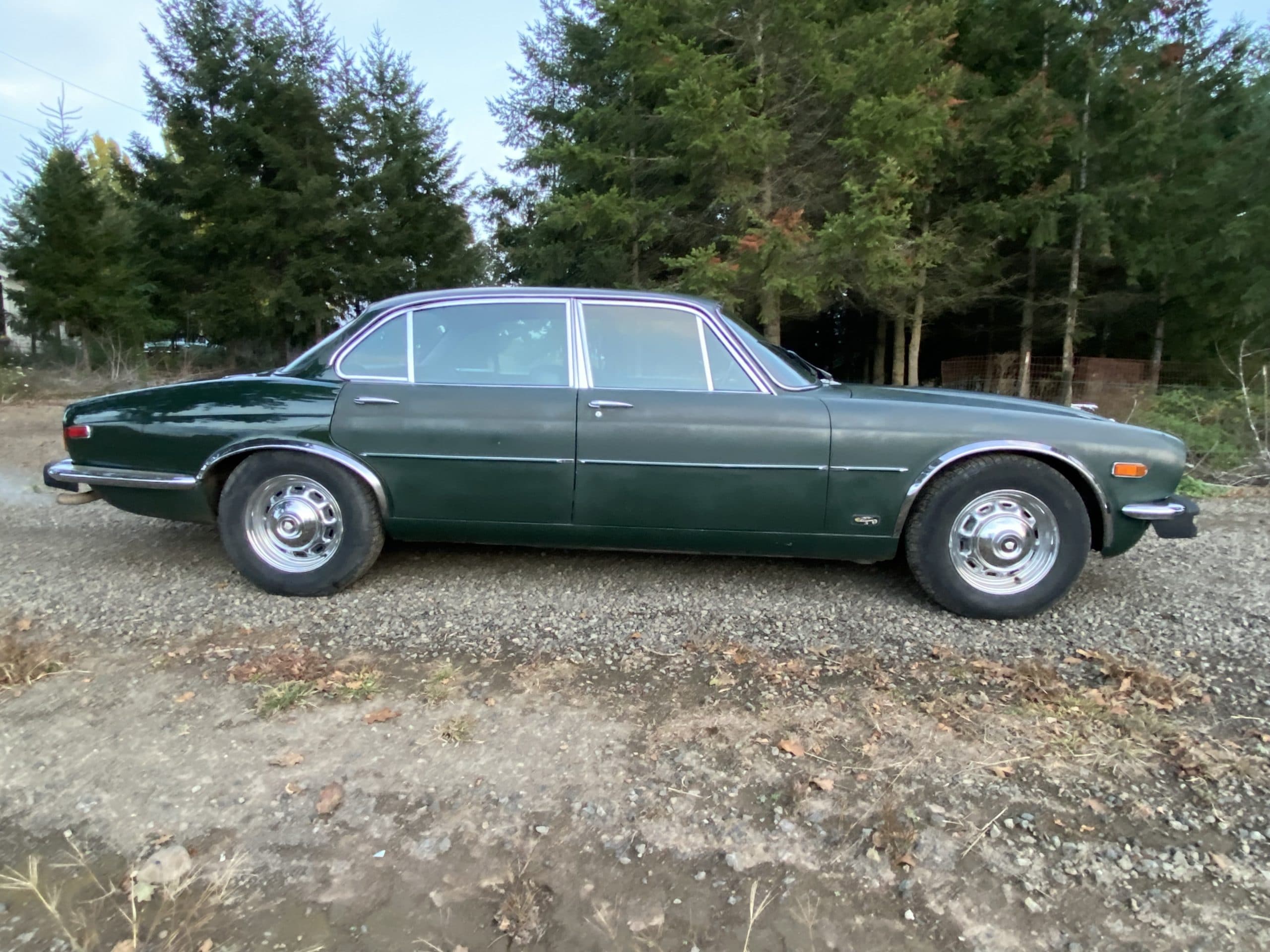 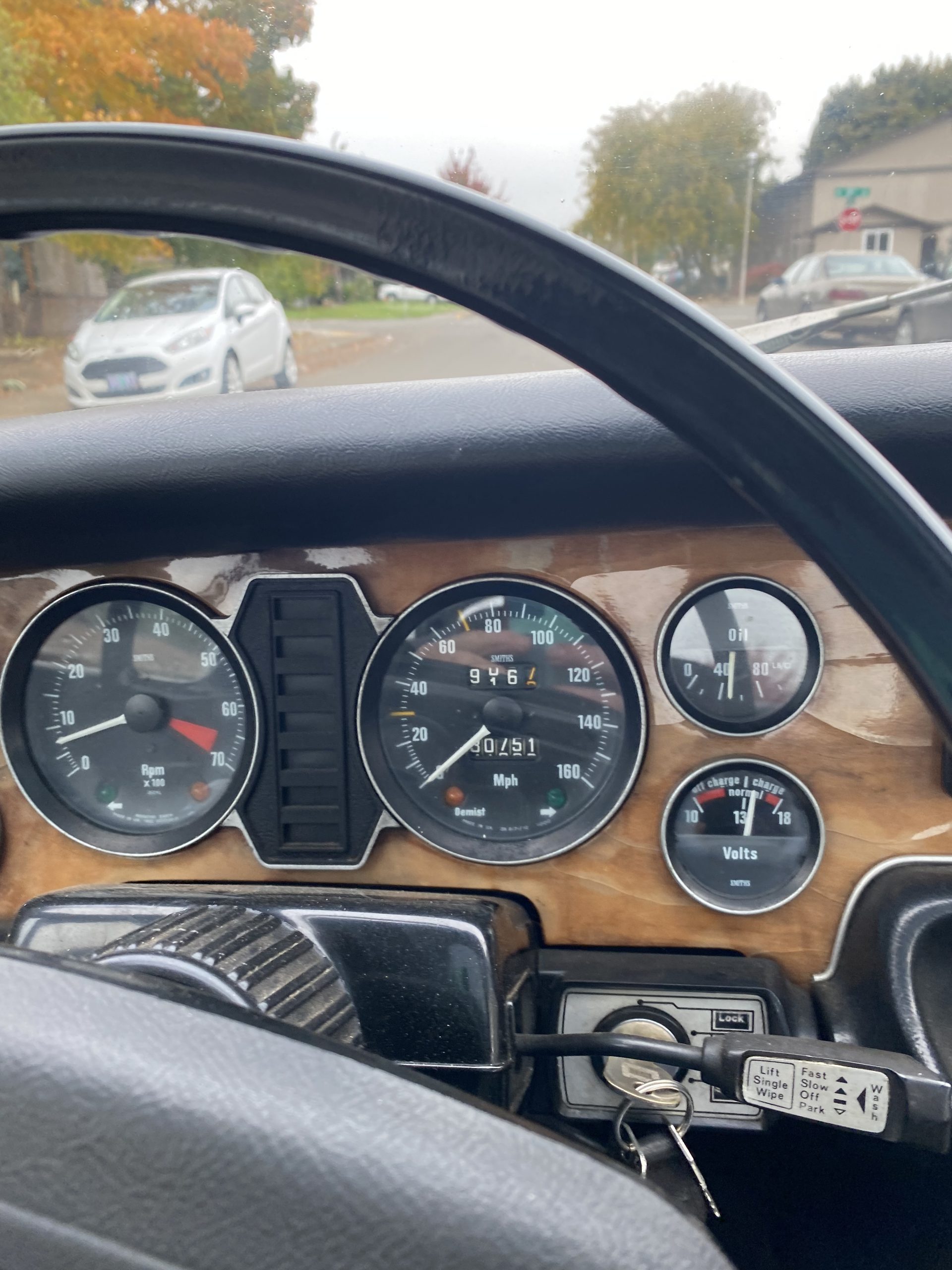 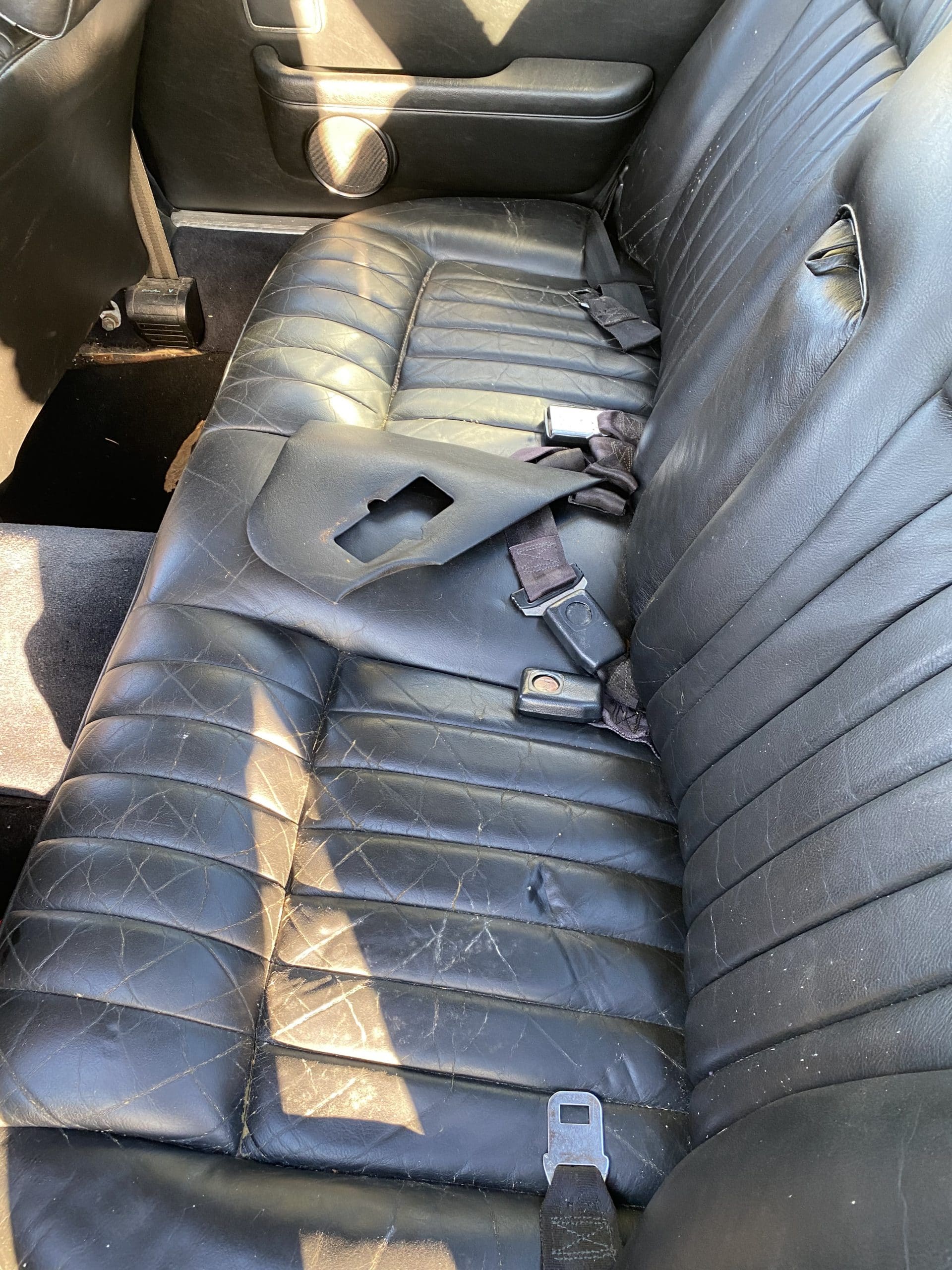 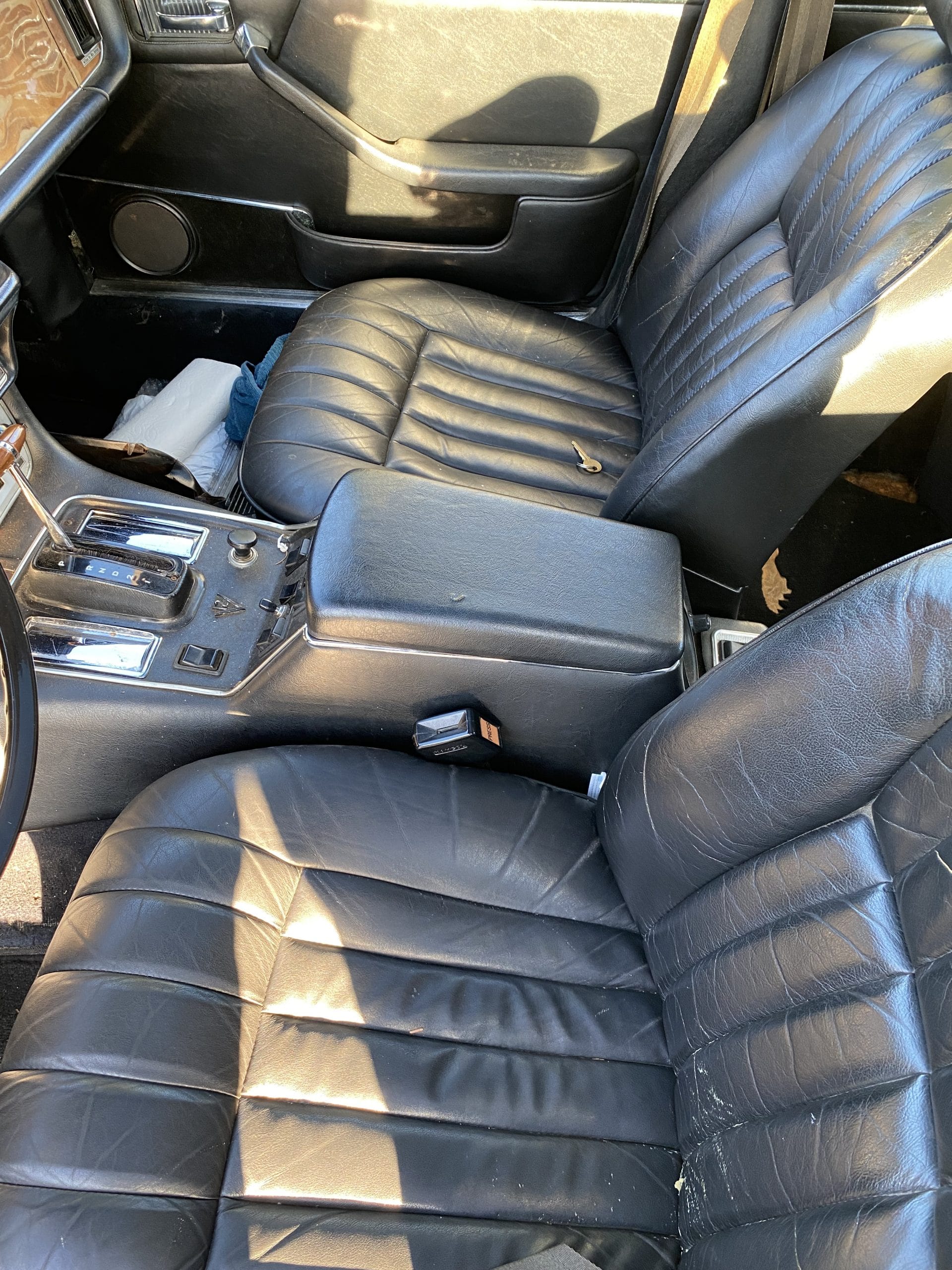 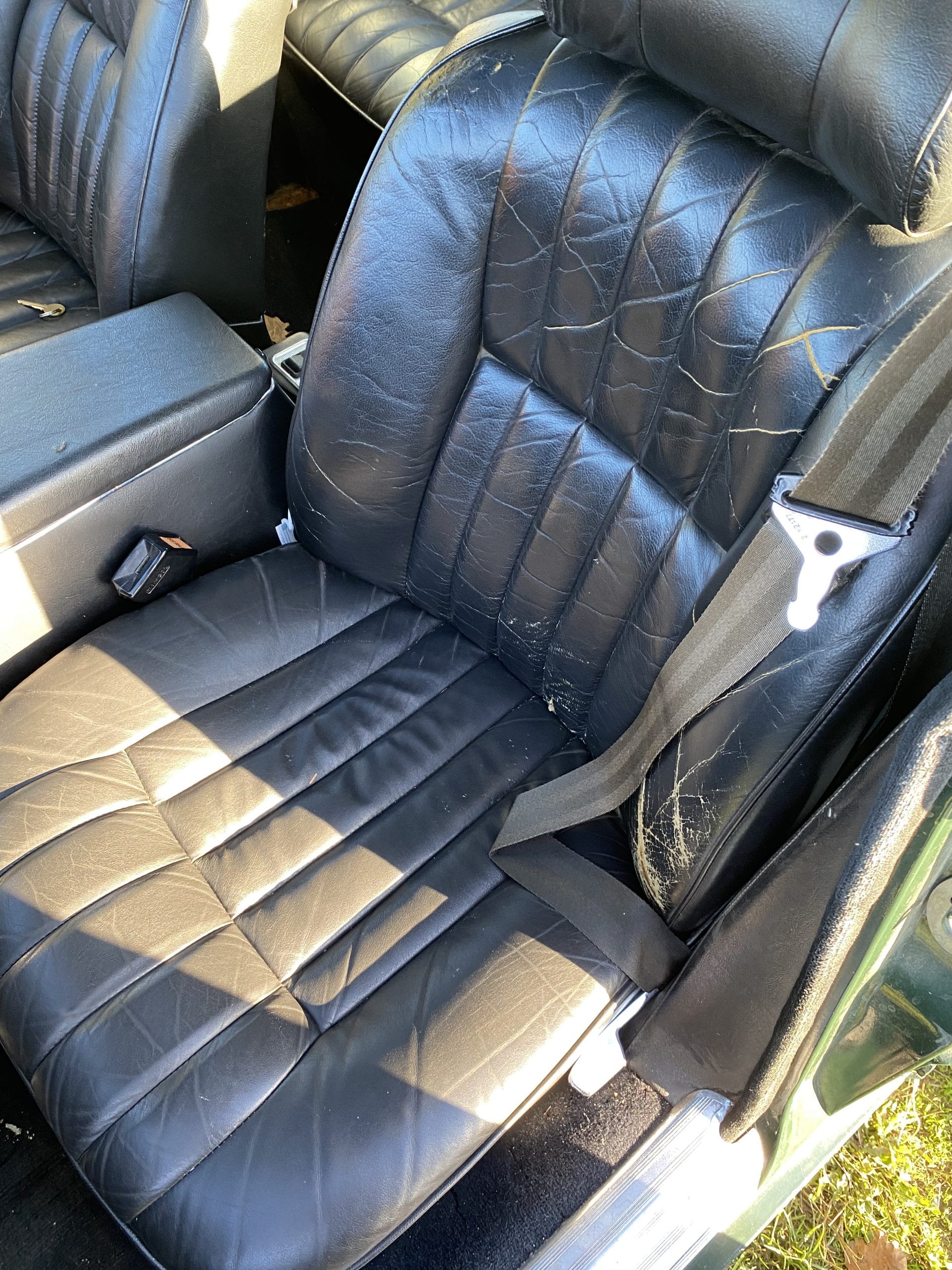 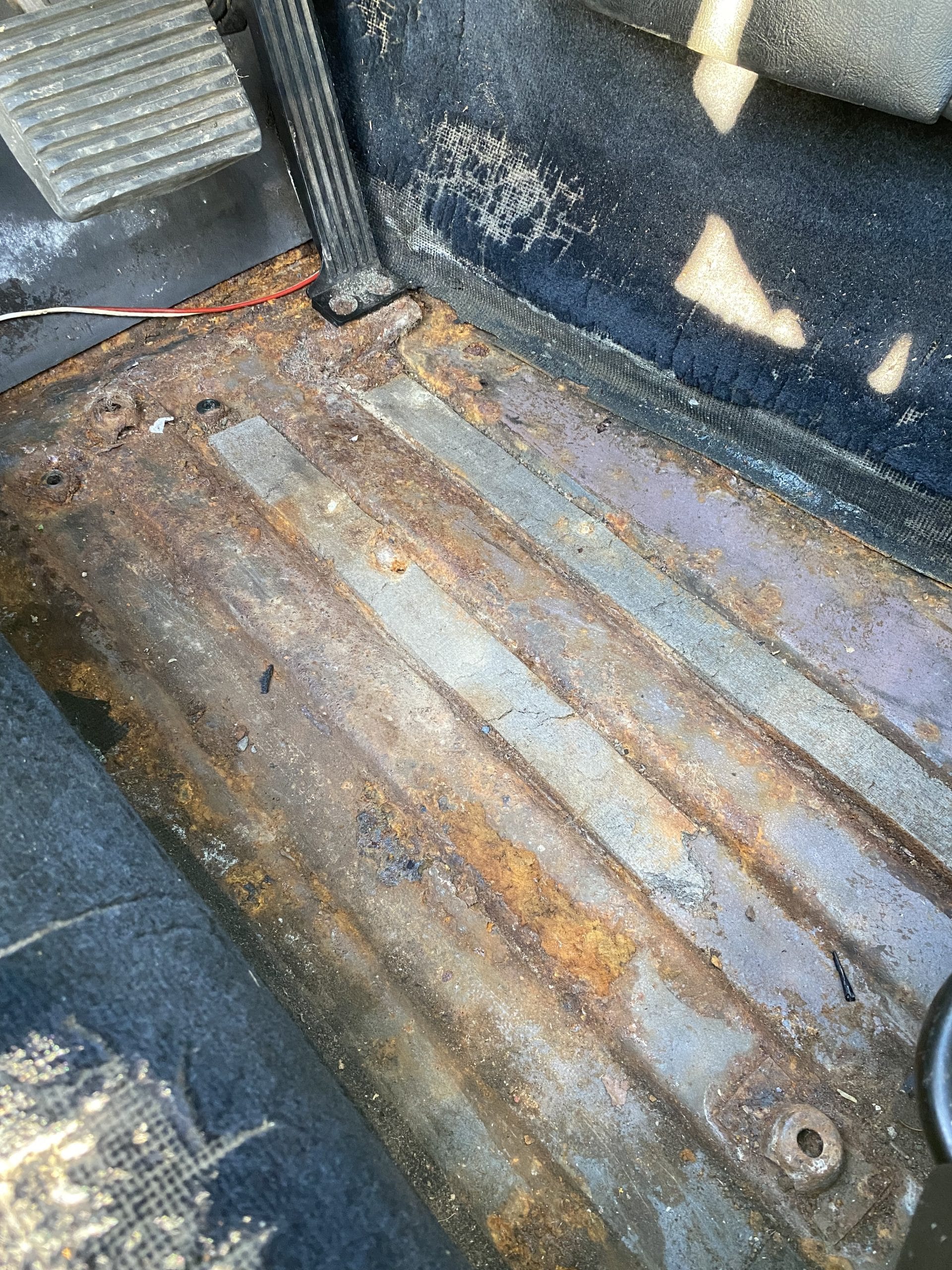 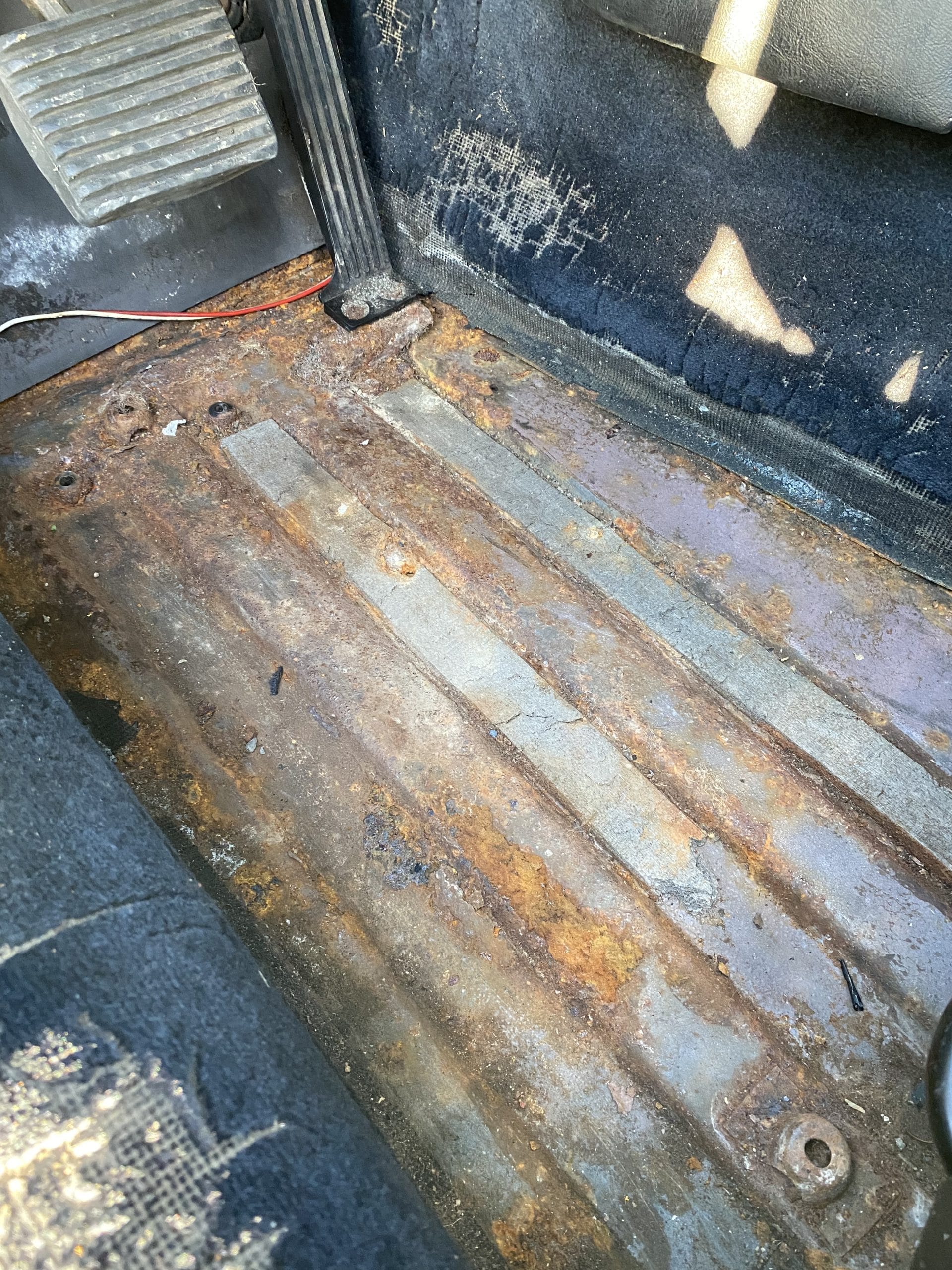 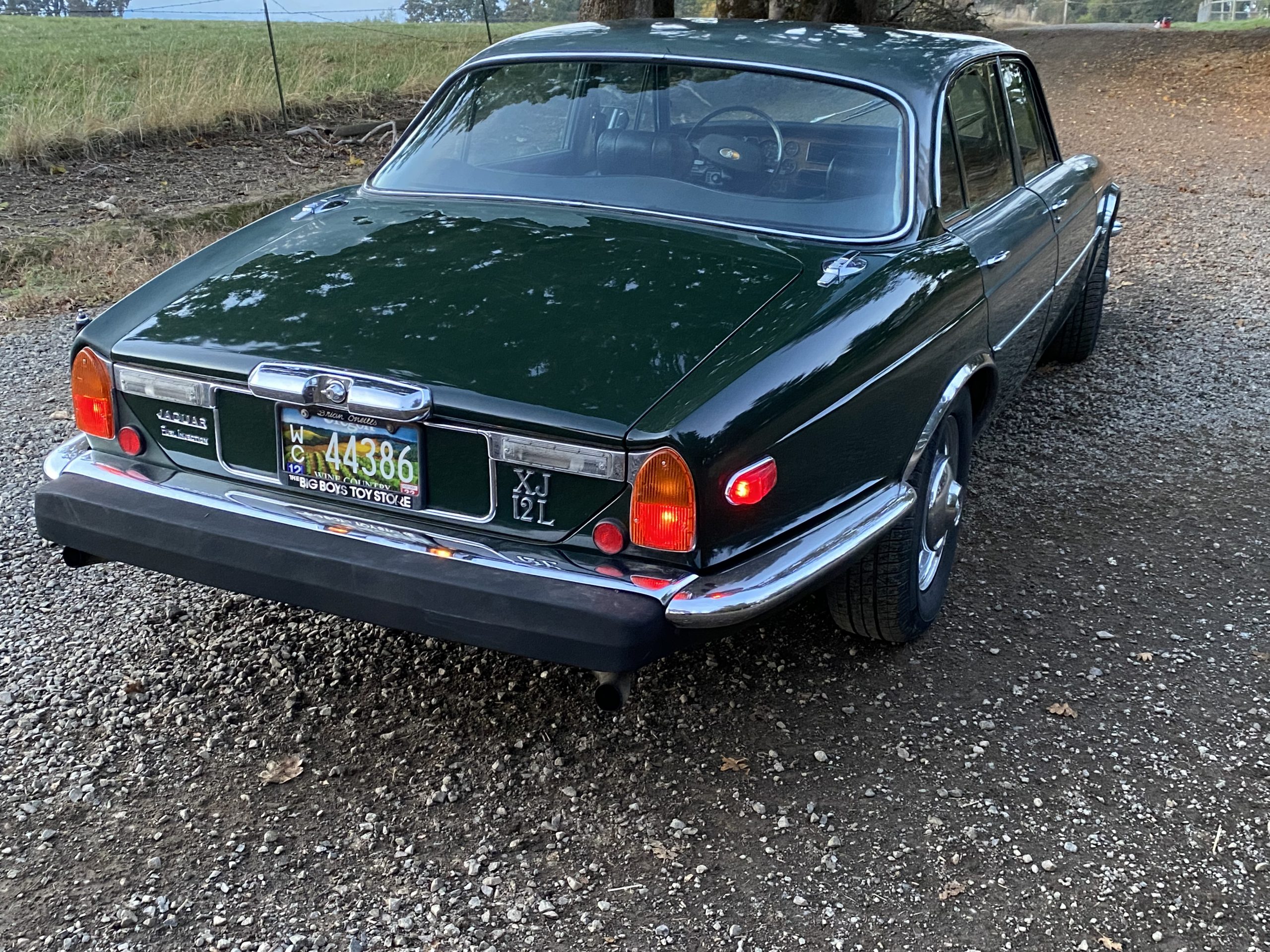 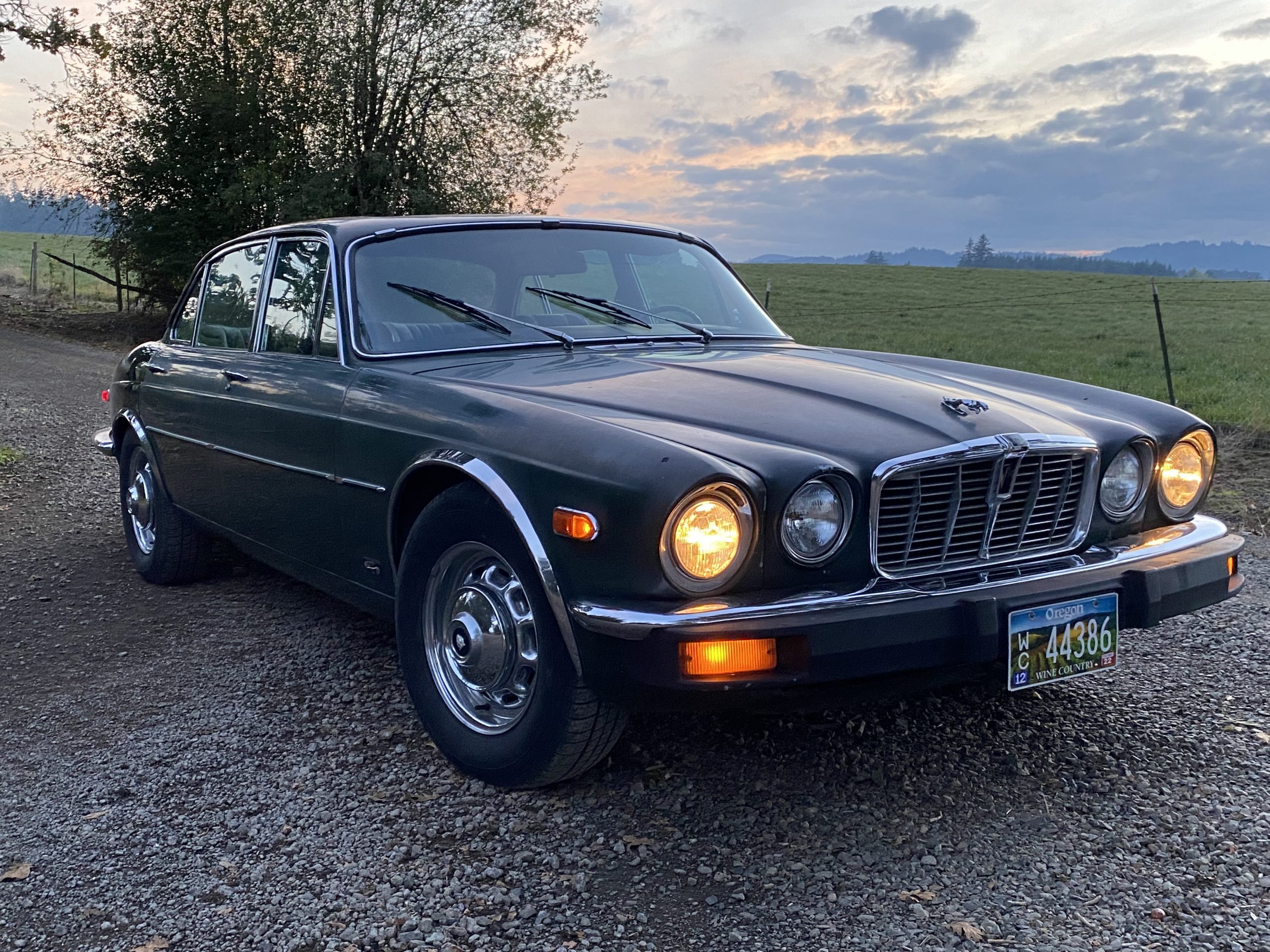 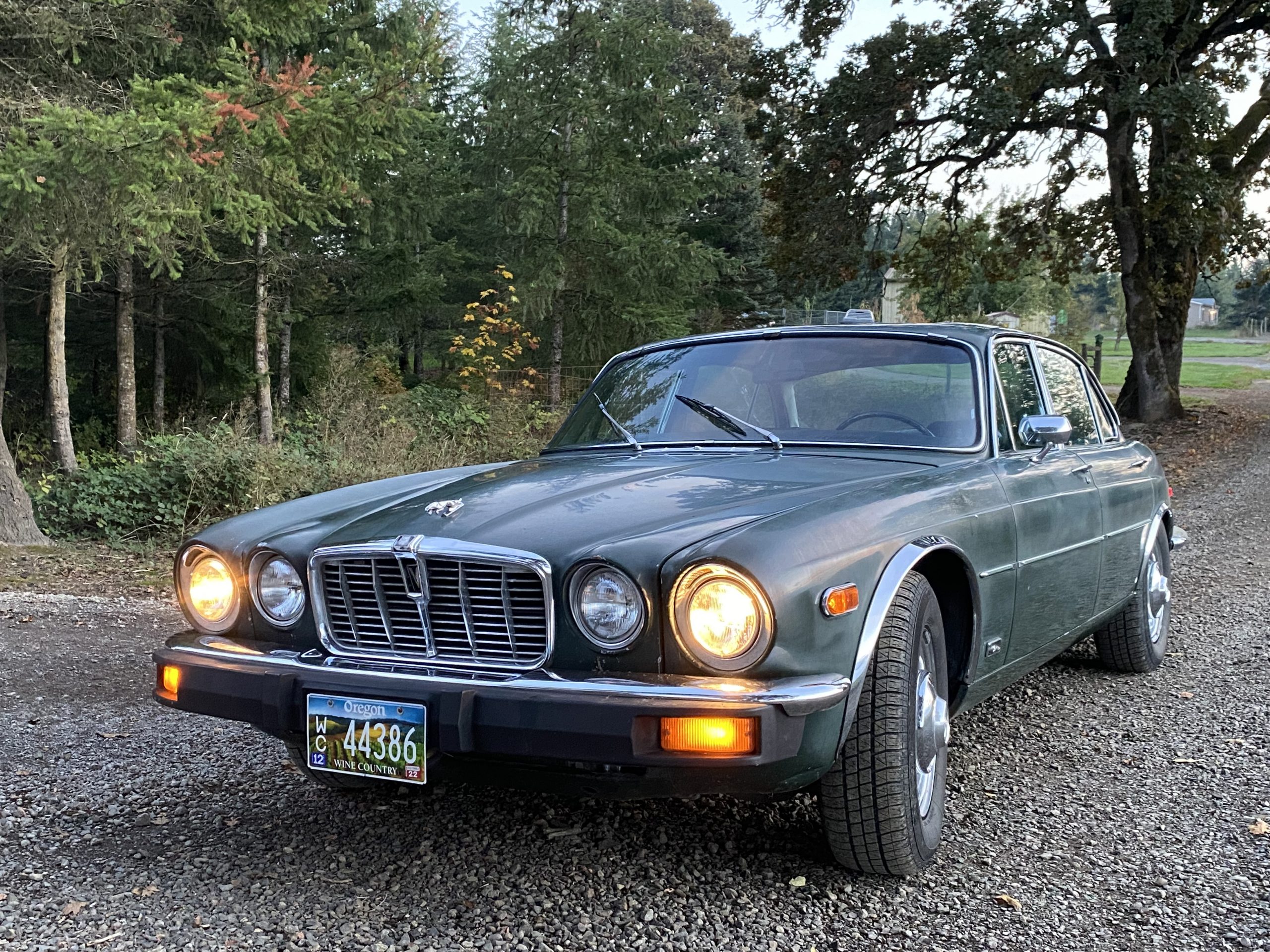 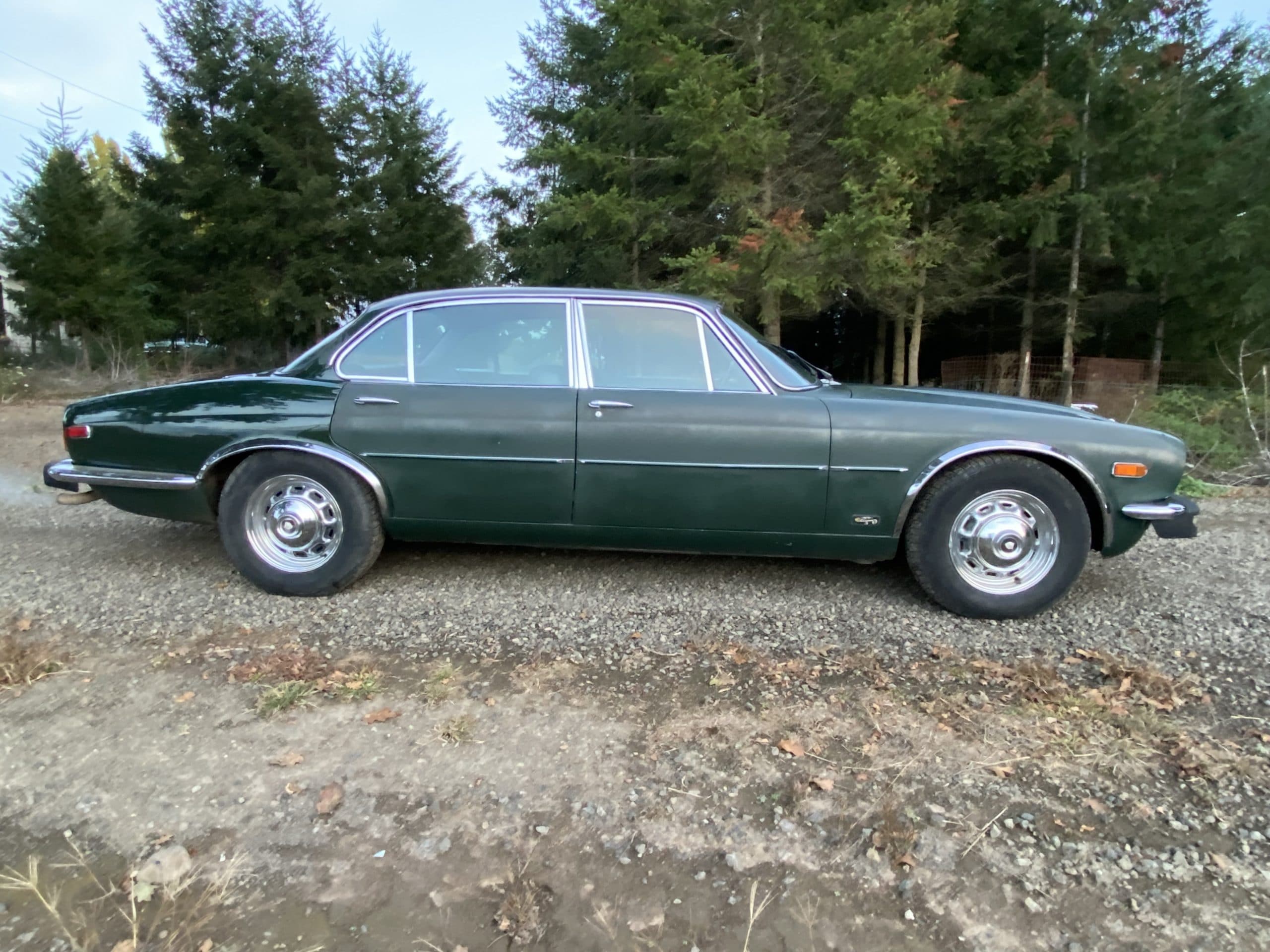 November 10, 2021 Update – The high bid did not meet the seller’s reserve price of $5,000, so we’ve moved this 1977 Jaguar XJ-12 L Sedan to our “Rides Still Available” Page. Once registered and logged in, select the green “Buy Now” option to either agree to pay the “Buy Now” price or make a realistic counteroffer.

GuysWithRides.com is excited to offer this driver-quality 1977 Jaguar XJ12L we are offering online in a reserve price style auction on behalf of the private seller.  Bidding starts Wednesday, October 20, 2021, at Noon Eastern time and runs through Wednesday, November 10, 2021, at 9:00 PM Eastern time.

This 1977 Jaguar XJ12L currently resides in McMinnville, Oregon, a suburb of Portland.

British Automobile manufacturer Jaguar produced its original XJ sedan in three distinct series spanning model years 1968 through 1992.  The XJ line received a facelift in Autumn 1973 for the 1974 model year, thereafter known as the “Series II”; retrospectively the earlier cars were referred to as the “Series I”. The 4.2 L XJ6 straight-6 engine (most popular in the United Kingdom) and the 5.3 L V12 XJ12.  The Series II was the last Jaguar model designed with direct input by Sir William Lyons prior to his retirement.

Initially, Jaguar offered the Series II was offered two wheelbases, but at the 1974 London Motor Show Jaguar announced the withdrawal of the standard-wheelbase version: subsequent saloons/sedans all featured the extra four inches of passenger cabin length hitherto featured only on the long-wheelbase model.

Series II cars are visually differentiated from their predecessors by raised front bumpers to meet US crash safety regulations, which necessitated a smaller grille, complemented by a discreet additional inlet directly below the bumper. The interior received a substantial update, including simplified heating and A/C systems to address criticisms of the complex and not very effective Series I systems.

In April 1975 North American models got a slightly revised set of front bumpers which had rubber over-riders covering the full length of the bumper with embedded turn signals at each end, and the Zenith-Stromberg carburetors of the V12-powered cars were replaced by Bosch-Lucas electronic fuel injection. In May 1977 Jaguar changed the automatic transmission from a British-built Borg-Warner unit to General Motors’ proven three-speed Turbo-Hydramatic 400 transmission.

Mark, the current caretaker of this 1977 Jaguar XJ-12L, purchased this car as a barn find several years ago.  When he found the car in 2018, it had been sitting in a Seattle garage dating back to 2000. This Jaguar features many new parts including a water pump, aluminum radiator, electric fans, fuel pump, new injector hoses, and rubber fuel lines.  Mark notes that all six shocks have been replaced. In addition to a rebuilt transmission and brake calipers, Mark notes that three brakes kine were replaced.

Mark notes that while this Jaguar starts and idles correctly, it could use throttle linkage bushings.  Currently, the engine leaks oil leak from either the cam covers or the old gauge sending unit. A replacement windshield (included as part of the sale) needs to be installed along with a replacement rubber trim for the front and rear windows as well as the sunroof. Mark is currently in the process of replacing the A/C servo motor to ensure the system works properly before finalizing the sale.

Mark reports this XJ-12 L features solid floorboards that only contain surface rust. If you decide to drive any distance this XJ-12 L, you’ll need to purchase new tires as the current set, although looking good with little tread wear, are beyond their useful age. The car will also need a paint job at some point as the seller’s pictures illustrate is car’s clear coat issues. Mark is also the seller of this 1976 Jaguar XJ-12 Coupe stalled project. His intent was to use the powertrain from the sedan to restore the rare coupe back to its former glory.

Mark notes one key spare part that is included for this 1977 Jaguar XJ-12 L is an uninstalled replacement windshield.  When you make arrangements to pick these cars up, you’ll need to plan for taking extra care to get this shipped back to your garage or mechanic.

Please note: If you are serious about buying both of Mark’s Jaguar XJ-12’s to bring the much more desirable coupe back to life, then click Buy Both Jags and save money versus if you bought each one separately!

If you have any questions about this 1977 Jaguar XJ-12 L, please leave a comment below or feel free to call Rudy directly at 877-468-6497.  Thank you for looking and happy bidding! 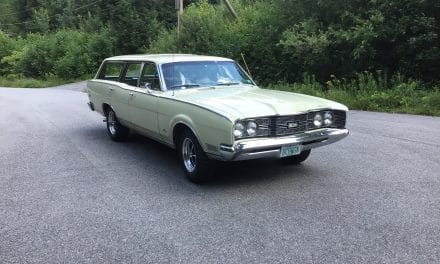 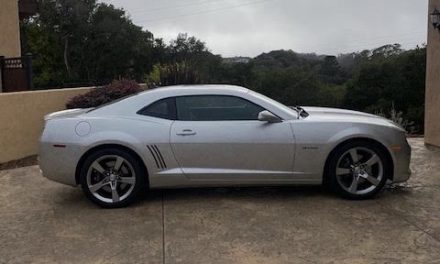 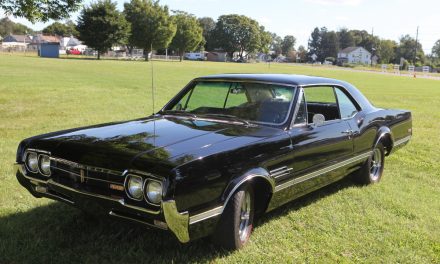 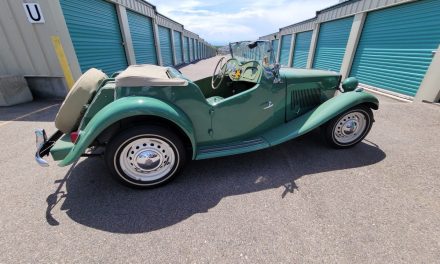