November 15, 2021 Update – The seller requested we remove his car from further consideration on our website. We thank him for the opportunity and wish him nothing but the best in trying to find a buyer for their car elsewhere.

October 27, 2021 Update – The high bid of $2,500 did not meet the seller’s reserve price of $5,000. Click the blue “Buy Now or Make an Offer” button below to navigate to the bid page where you can select the “Buy Now” option or enter a realistic counter offer we can present to the private seller.

This BMW is being offered for sale by the second owner who purchased the car in 1988.  The car is currently located in Sacramento, California.

How To Register To Bid 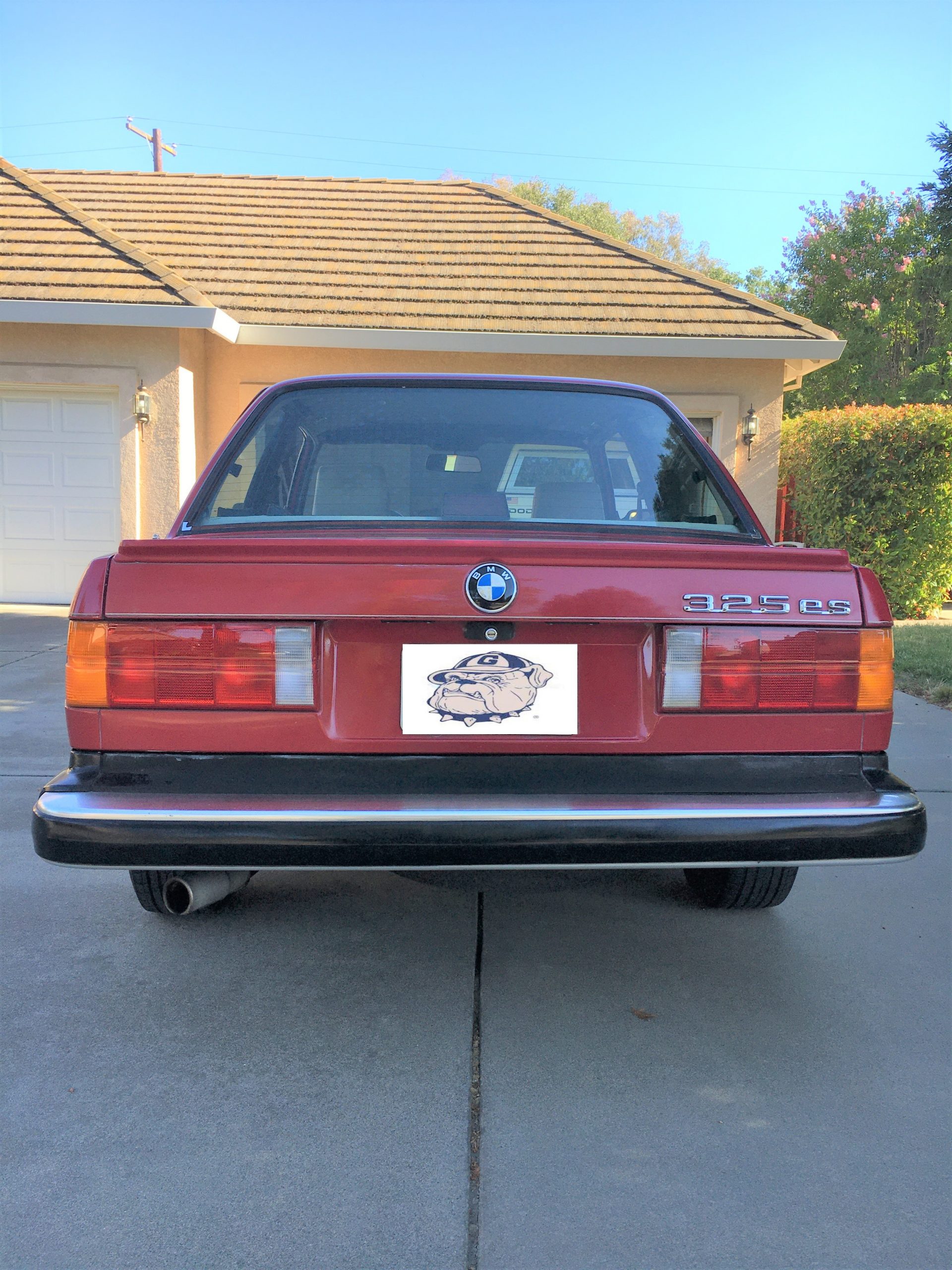 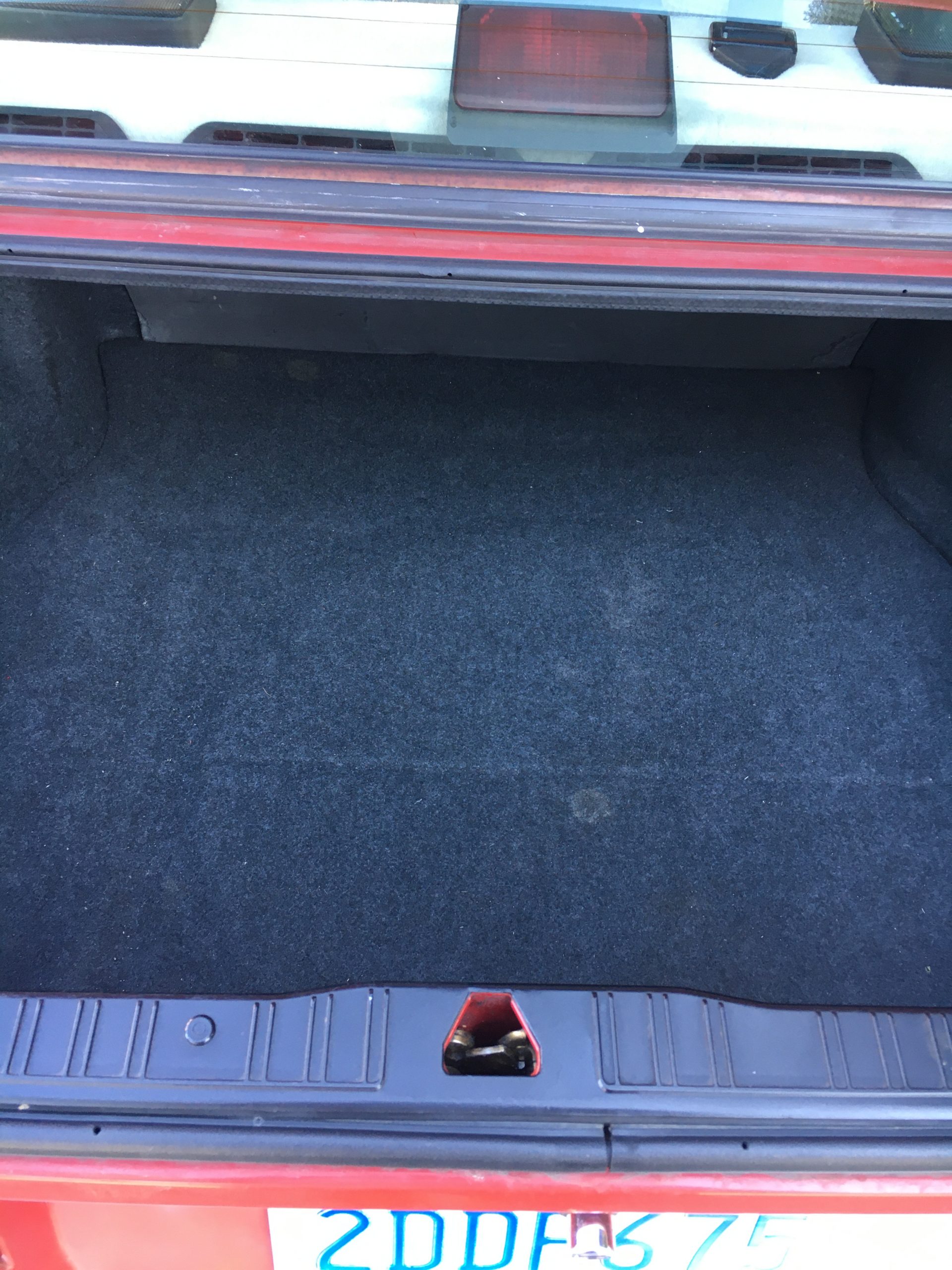 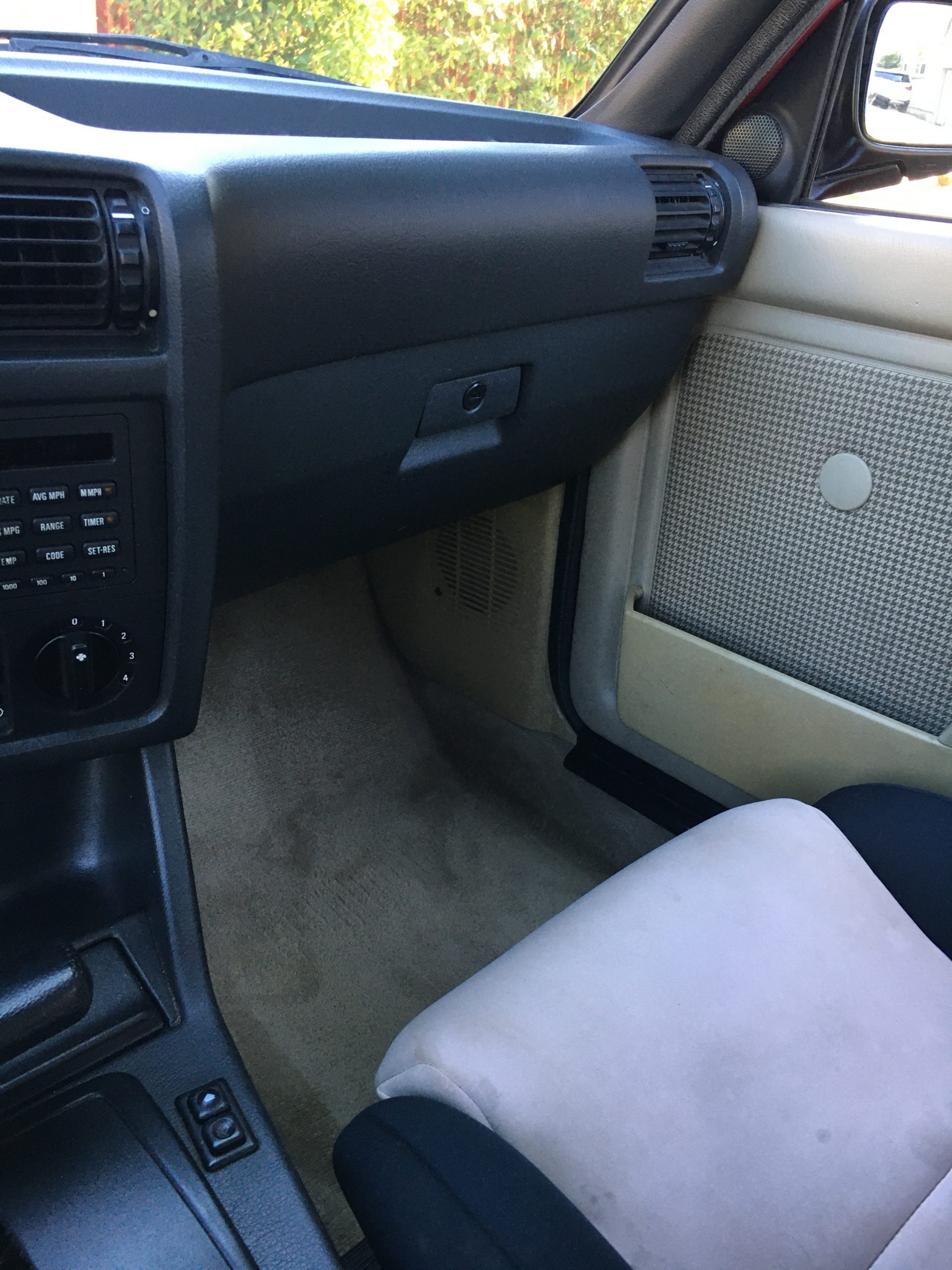 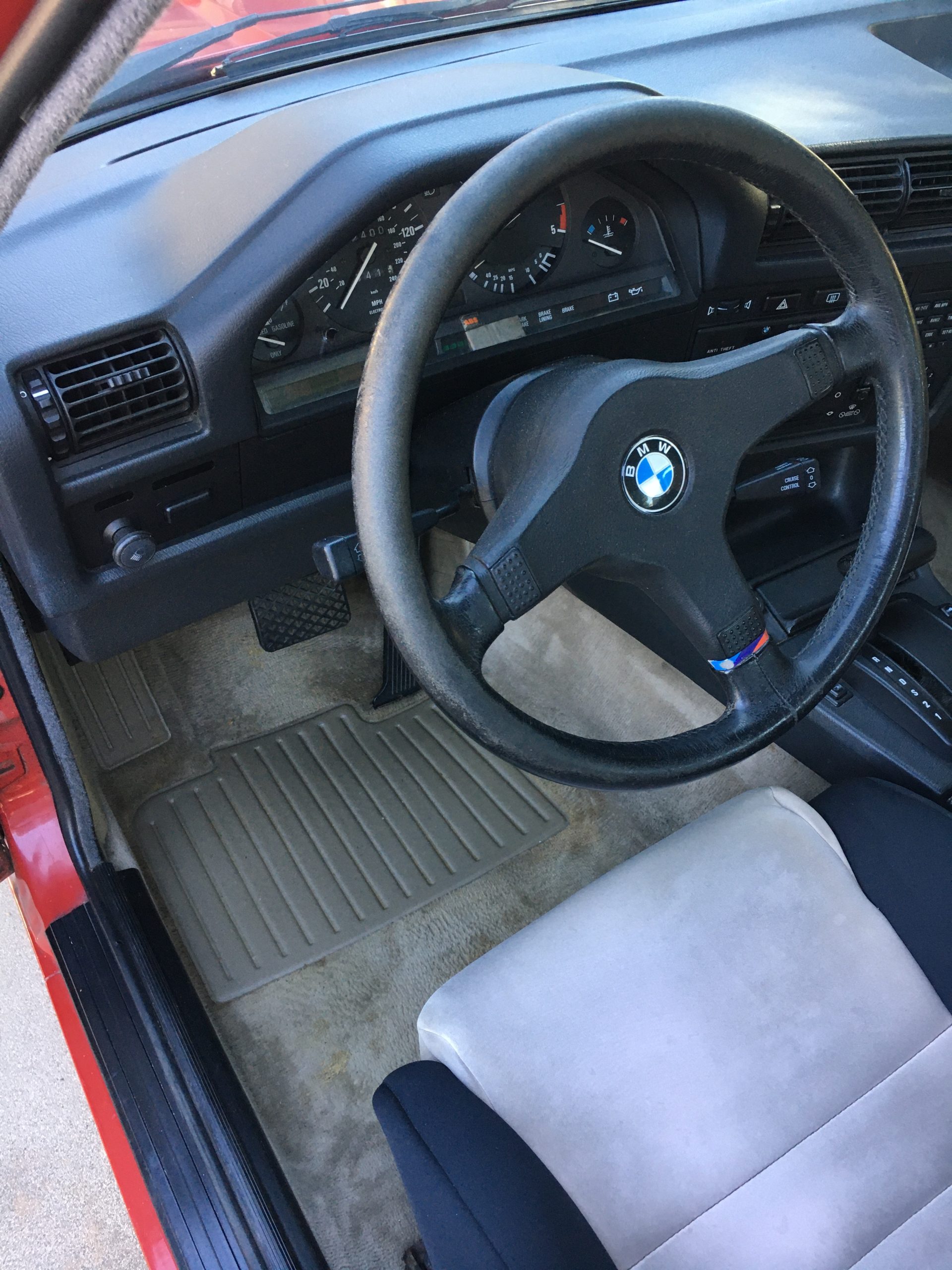 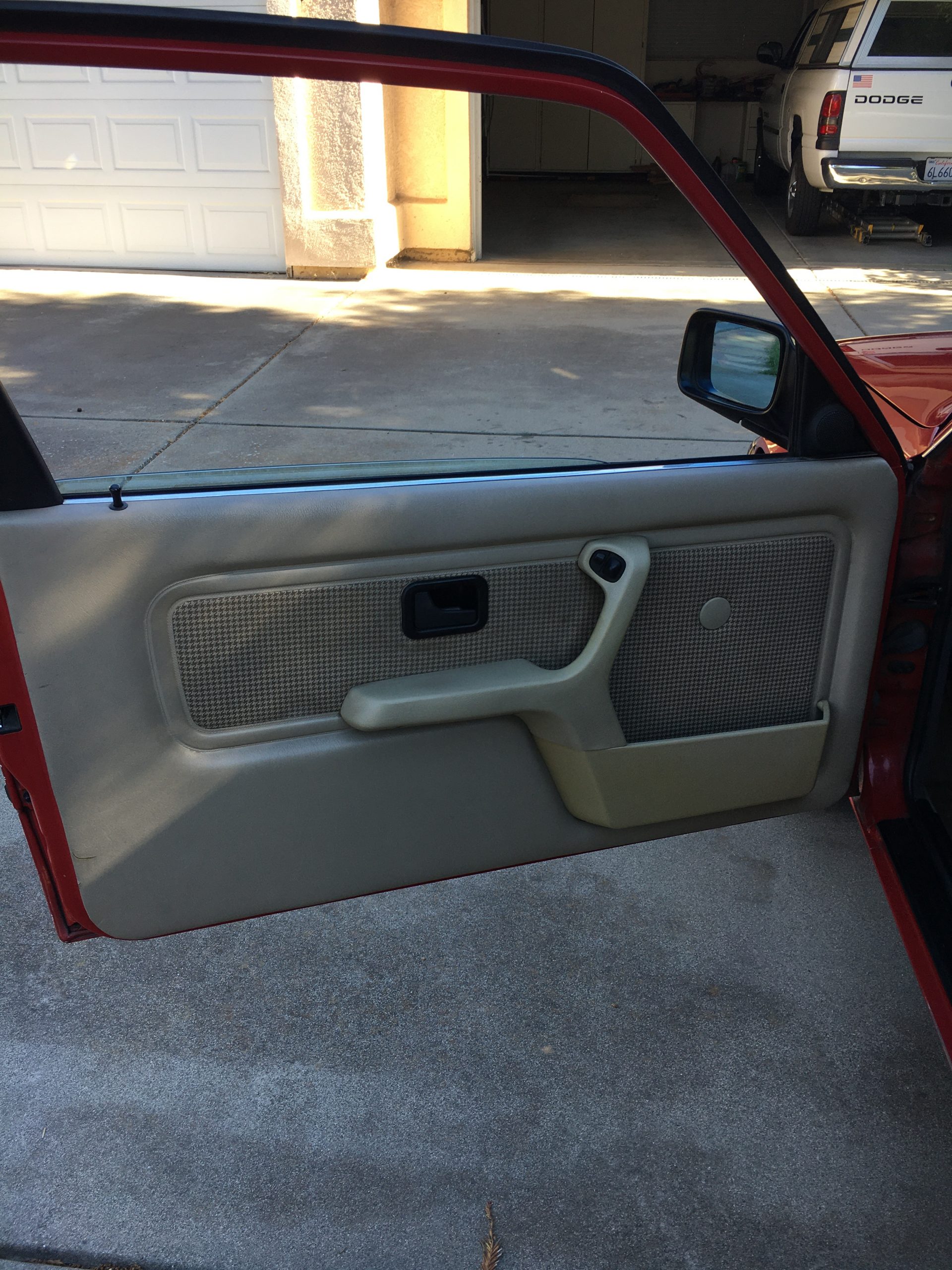 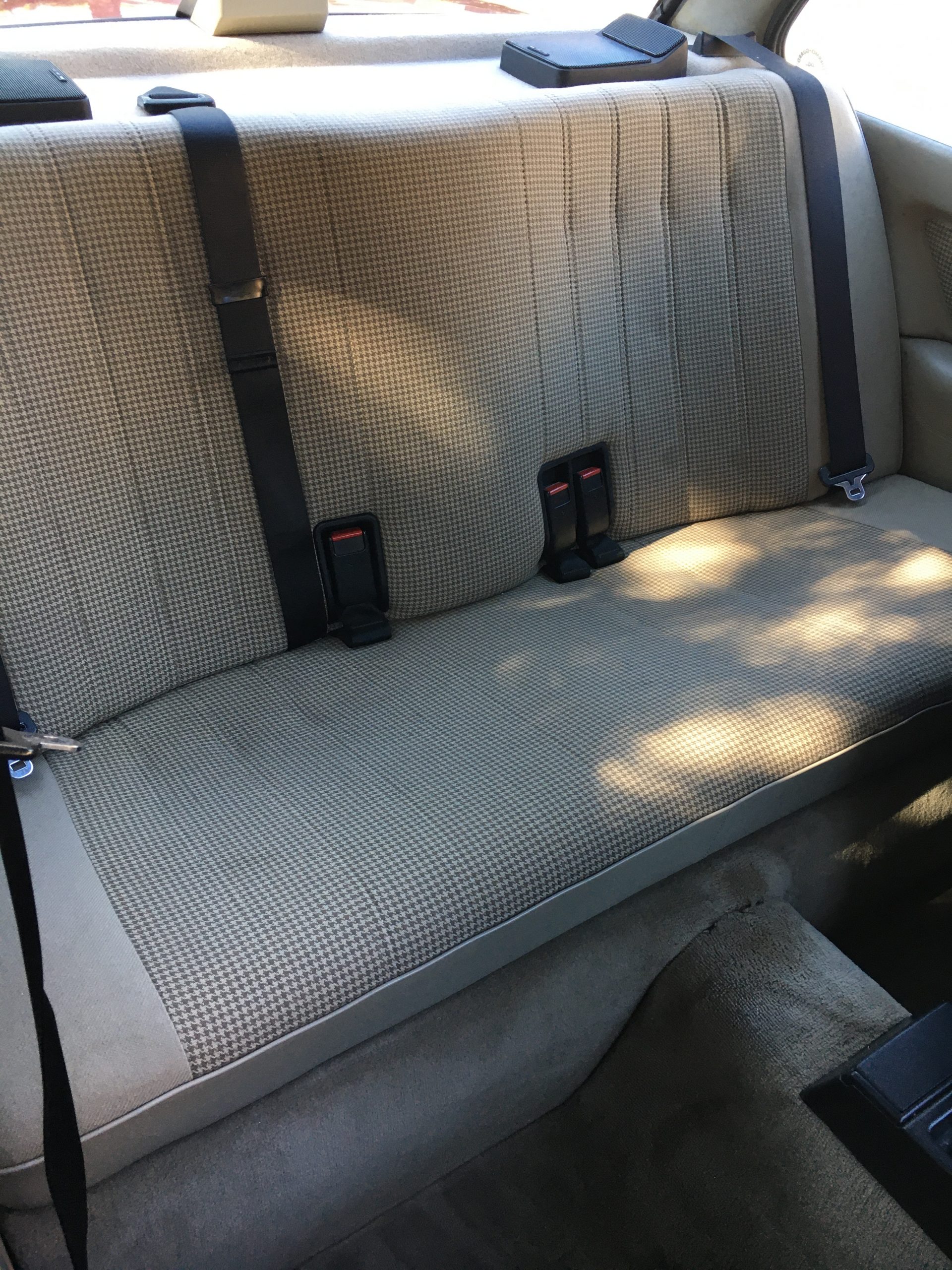 Produced for the American market, the 325e was part of BMW’s answer to the 1979 oil crisis; using a high-efficiency, low-power, high-torque version of the M20 engine, better known as the Eta powerplant.  Production of the 325e began in 1983 when BMW put the 2.7-liter engine from the E28 525e (known as the 528e in North America) into the E30 two-door. The first models were available to buy from early 1984. The following year, the four-door saloon version of the 325e was also released, alongside the 318i.

Built on the US-specification pre-facelift E30, it came with all the options you’d expect to see on an E30. Except for high revs. The difference represented by the ‘e’ was in the engine bay; an engine designed with efficiency and economy at the top of the manufacturer’s agenda. The little car took to it well, and more four-door 325e units were sold worldwide than the equivalent four-door 325i. It was a sports sedan for those who had to deal with real-world traffic.

In 1986 the 325eS was introduced. Only available in two-door coupé format, the eS was the sport model. It used exactly the same engine as the 325e, but had, in addition, a larger grille air inlet, sport suspension, firmer anti-roll bars, limited-slip differential, sport seats, tech-1 steering wheel, rear spoiler, the 13-button onboard computer, Blaupunkt premium sound system, electric sunroof, and cruise control. Despite the power shortcomings, and the car only being offered in the North American car market at a two-thousand-dollar-higher price point than the 325i, the 325e range, particularly in four-door form, was a massive success for BMW.

One of the most significant race successes for the 325e came in 1986, when tuner and driver Ray Korman was shot to fame after seven wins in one series, winning the Driver and Manufacturers Championship, and then placing 1st in the Watkins Glen 24 hour Race, using a modified version of the 325e.

Many 325e are still around nowadays, high build quality as well as their fundamental purpose of being driven gently, mean that they have generally lasted very well, and are still a popular car in America today. Elsewhere, they’re often seen as useful donors for their engine blocks, to create the stroker. With the current social trend for more ecologically friendly cars and the rising cost of fuel, it seems that the near future of car and engine design may lie in the past, with the E30 325e.

Jim, the second owner of this 1986 BMW 325es, purchased this car locally when it was only two years old in 1988. This is an honest BMW with 272,401 well-maintained miles on the car. While the second owner put most of those miles on the car earlier during his ownership, we point out that the current mileage after 35 years averages out to only 7,800 miles accumulated annually. The most recent major maintenance included a new steering rack and radiator replacement completed approximately one year ago.

There are three things attracting us to this E30. First is the fact this is a completely unmodified example right down to the factory radio and the fourteen-inch aluminum rims.  Thirty-five years on, it’s becoming very difficult to find driver-quality E30 vintage BMW that does not have any kind of modifications, so this completely stock example is a real treat. Second, we’re delighted by the completely rust-free body benefitting from spending its entire life to date in the Sacramento, California area. Any BMW enthusiast living in the rust belt of America will enjoy seeing just how rust-free the body is on this E30. Third, while it may not be everyone’s cup of tea, the four-speed automatic is actually the favored transmission to pair with the longer-stroke, higher-torque Eta engine this car is factory-equipped with. If you’re a die-hard E30 enthusiast who does a fair amount of driving in stop-and-go traffic, this might be the car for you.

Cosmetically, the exterior paint continues to shine very well overall, however as noted in the Pre-Purchase Inspection below, the car does have minor dents, chips, and clear coat wear commensurate with 35 years of use.

Overall, the cloth Houndstooth interior has worn very well and impressive is the fact the dashboard has no cracks, which likely proves this car has been garaged throughout its life. The second owner currently uses aftermarket neoprene seat covers (they will be included as part of the sale) over the worn front sport seats, so we envision the next E30-Enthusiast caretaker will want to have the originals re-padded and reupholstered by a qualified professional if they cannot source exact replacements that are in better shape.

The picture below provides the link to the complimentary CarFax confirming this is an accident-free, rust-free California car with records dating back to 1988. Click on the picture to open and review the full report:

The picture below provides the link to the complimentary LemonSquad.com Pre-Purchase Inspection (“PPI”) completed in July 2021 for this auction. Click on the picture to open and review the full report: 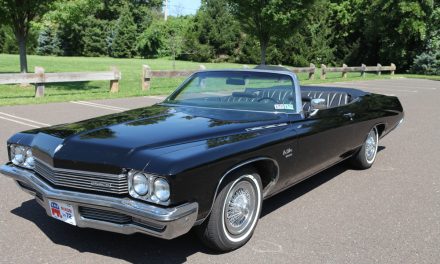 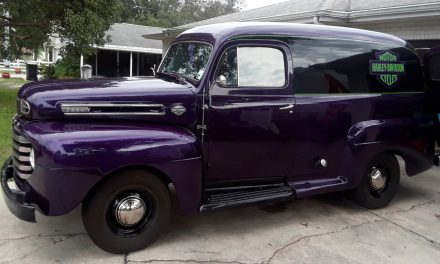 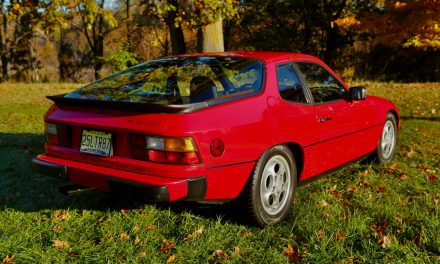