Here is a slide show for this ride. If you do not see it immediately, please click on the white space and the pictures should start to appear before they are fully loaded. Once loaded, use the “<” and “>” keys to navigate through all of the pictures. 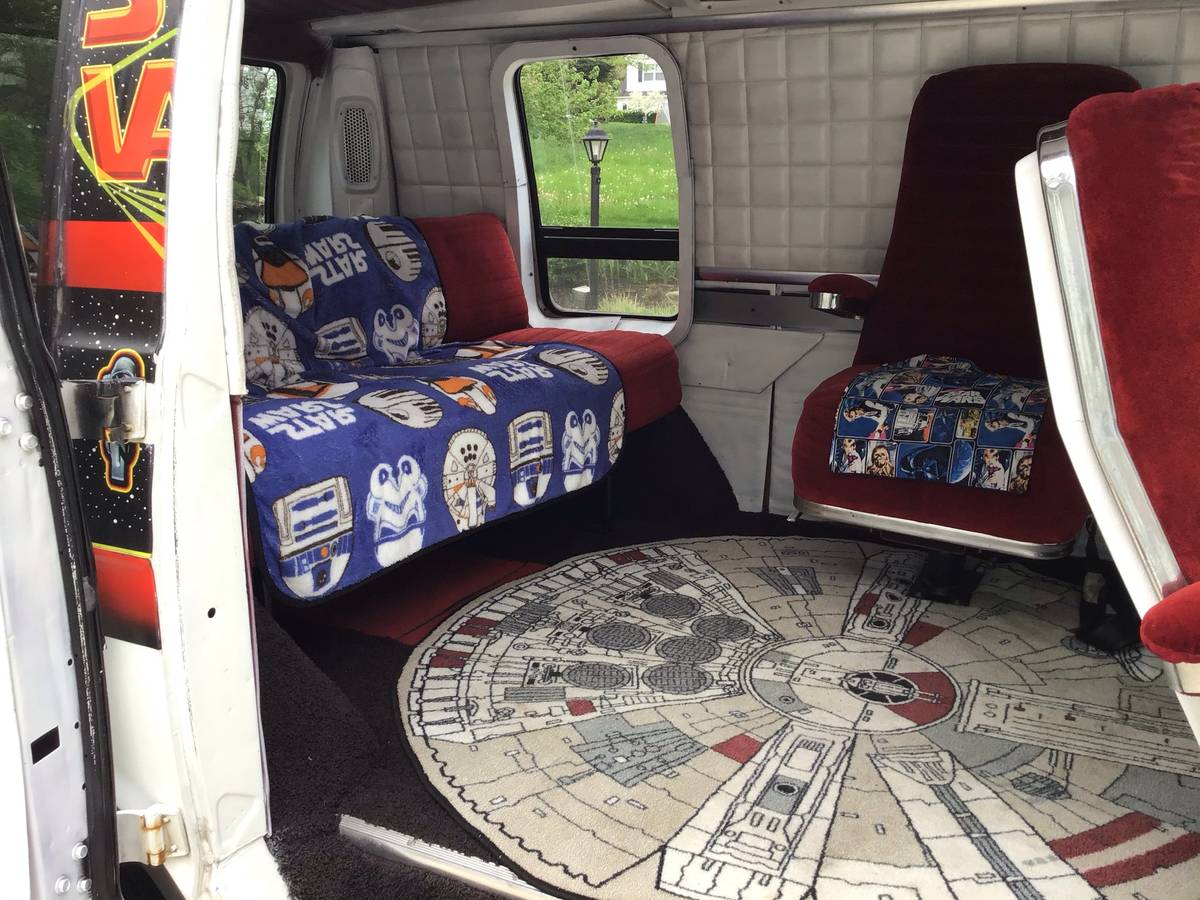 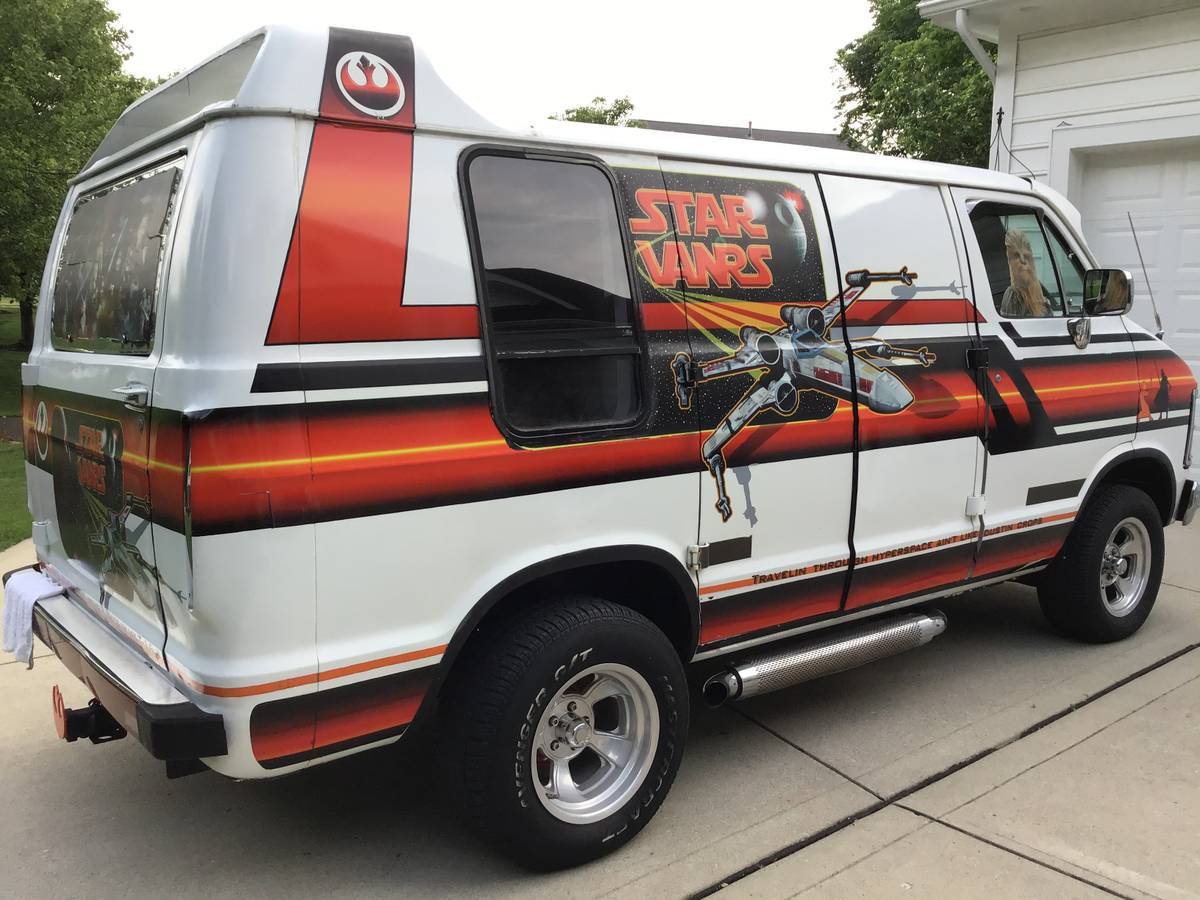 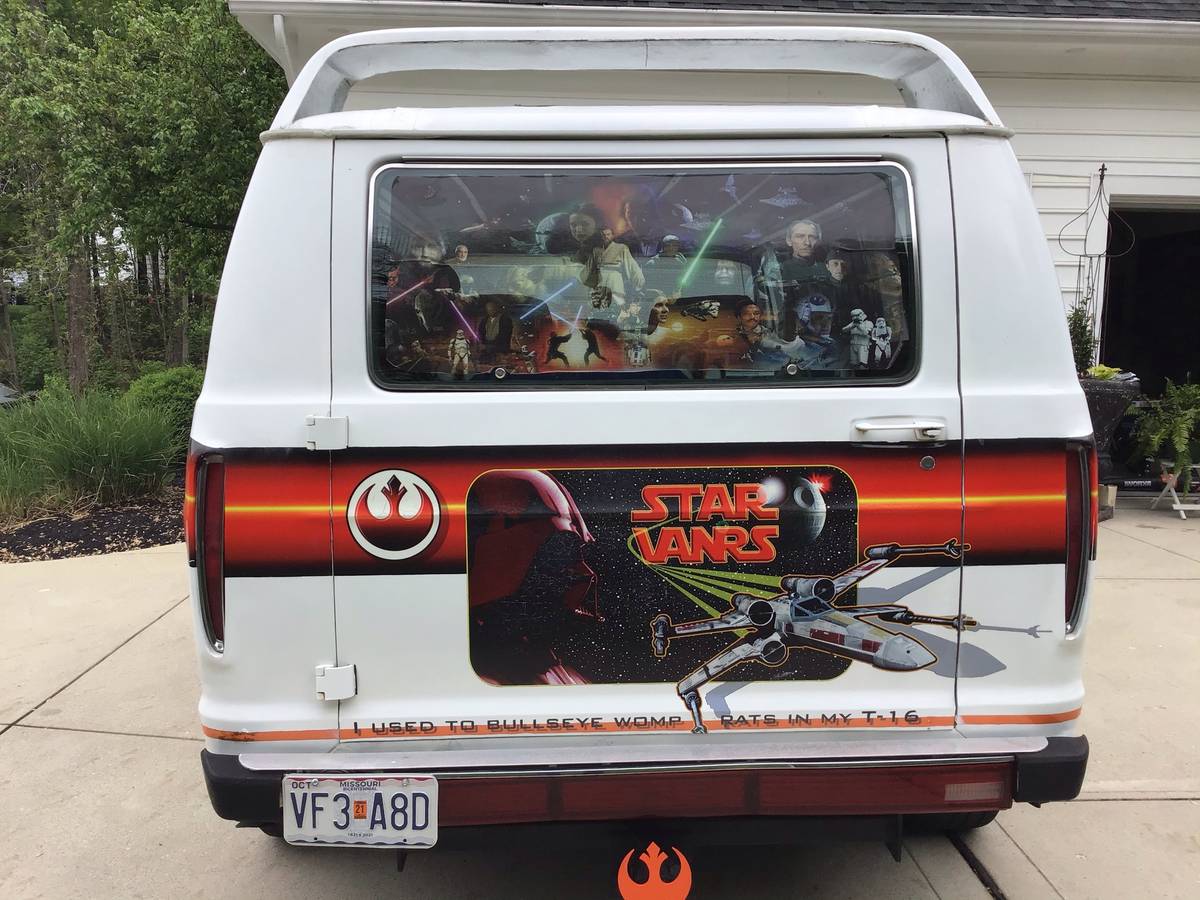 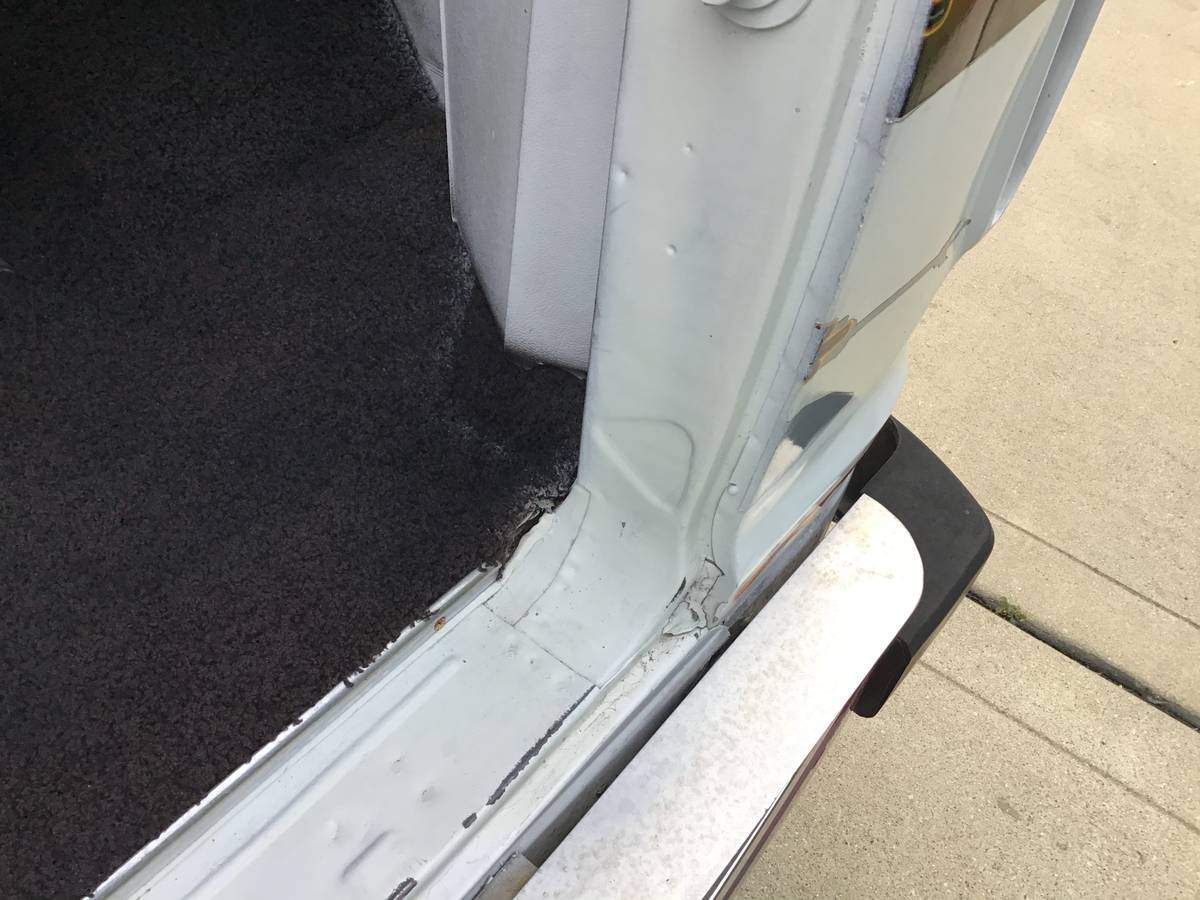 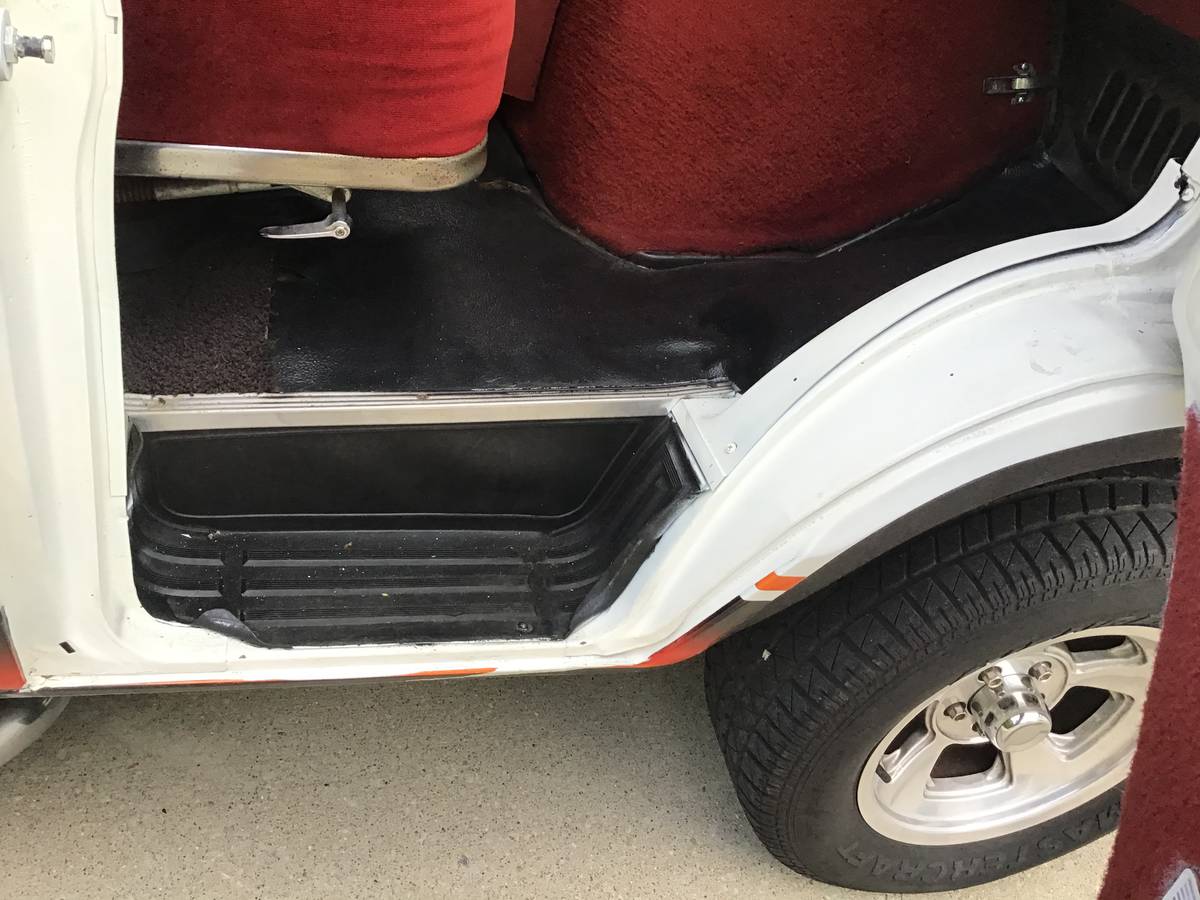 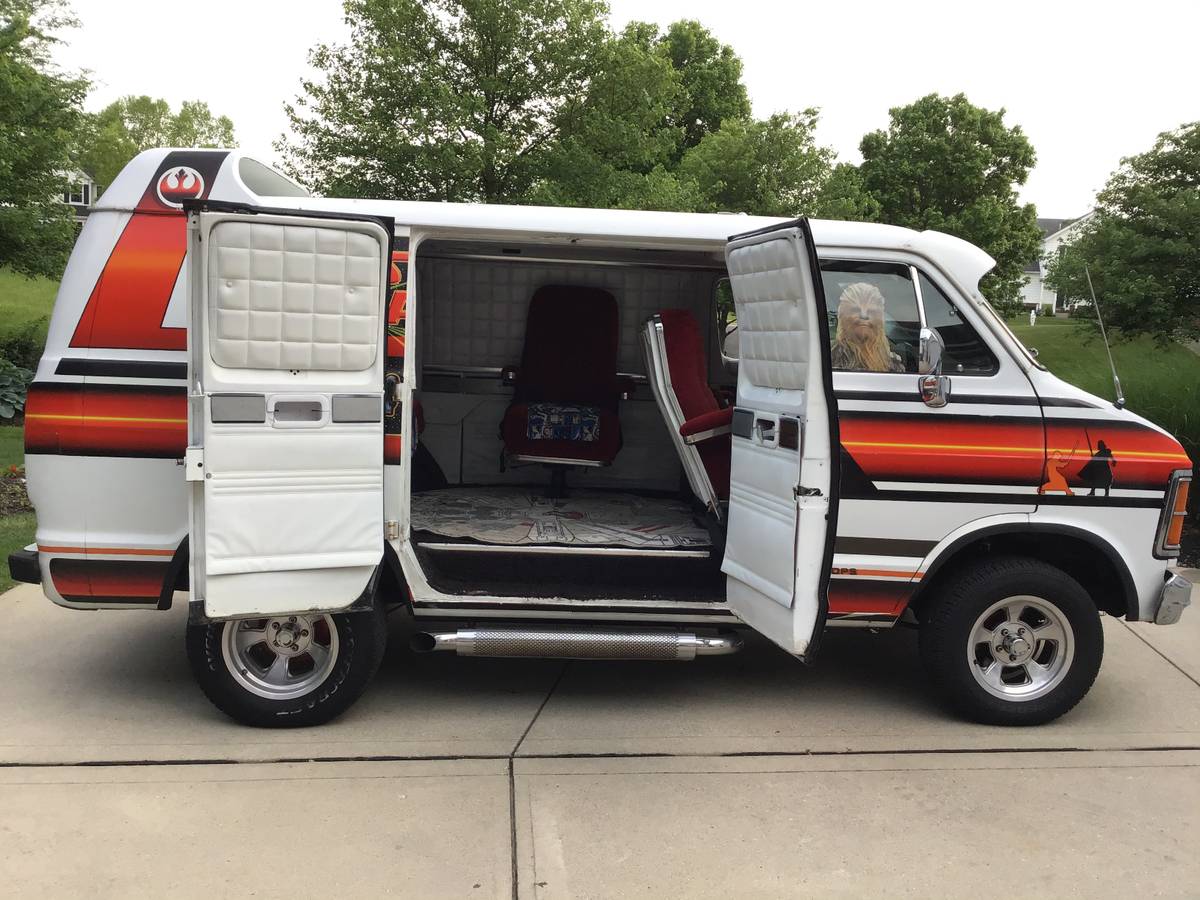 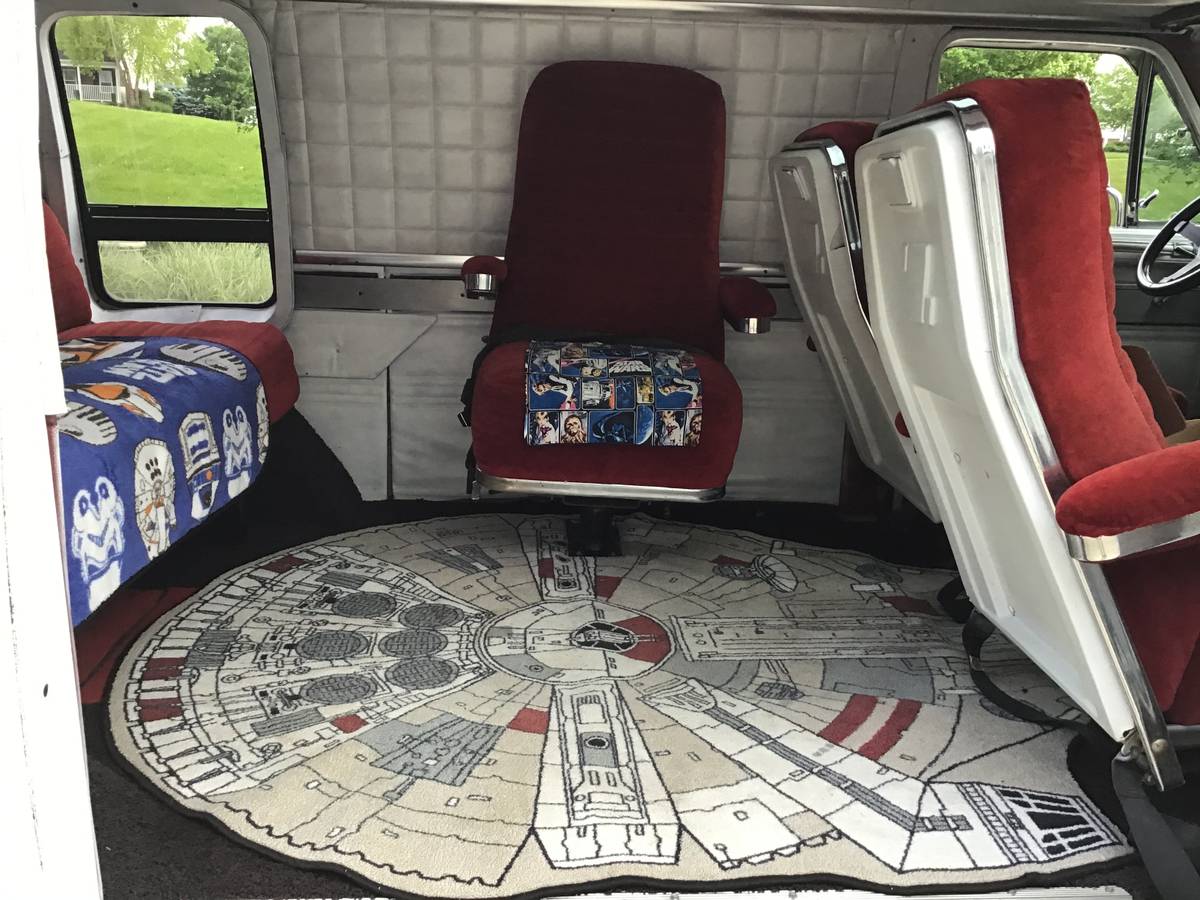 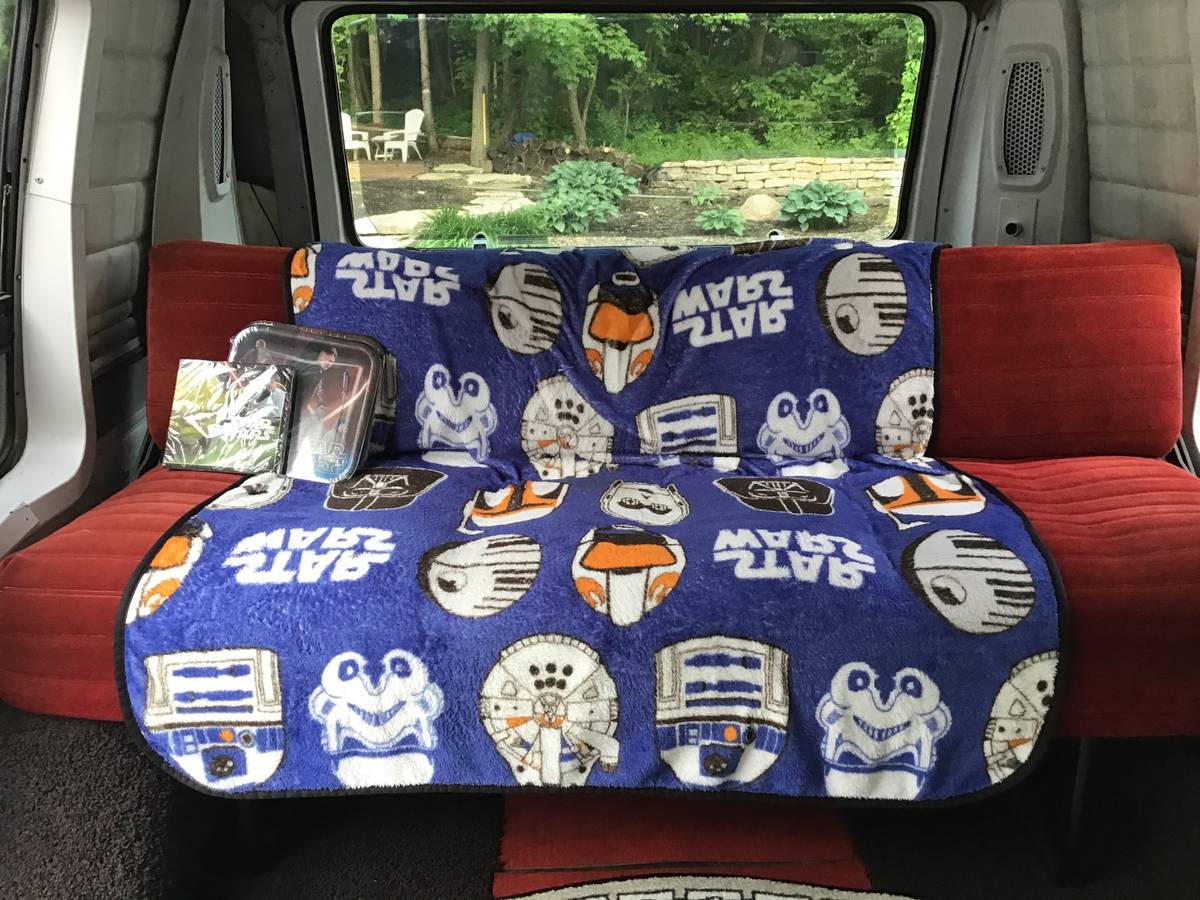 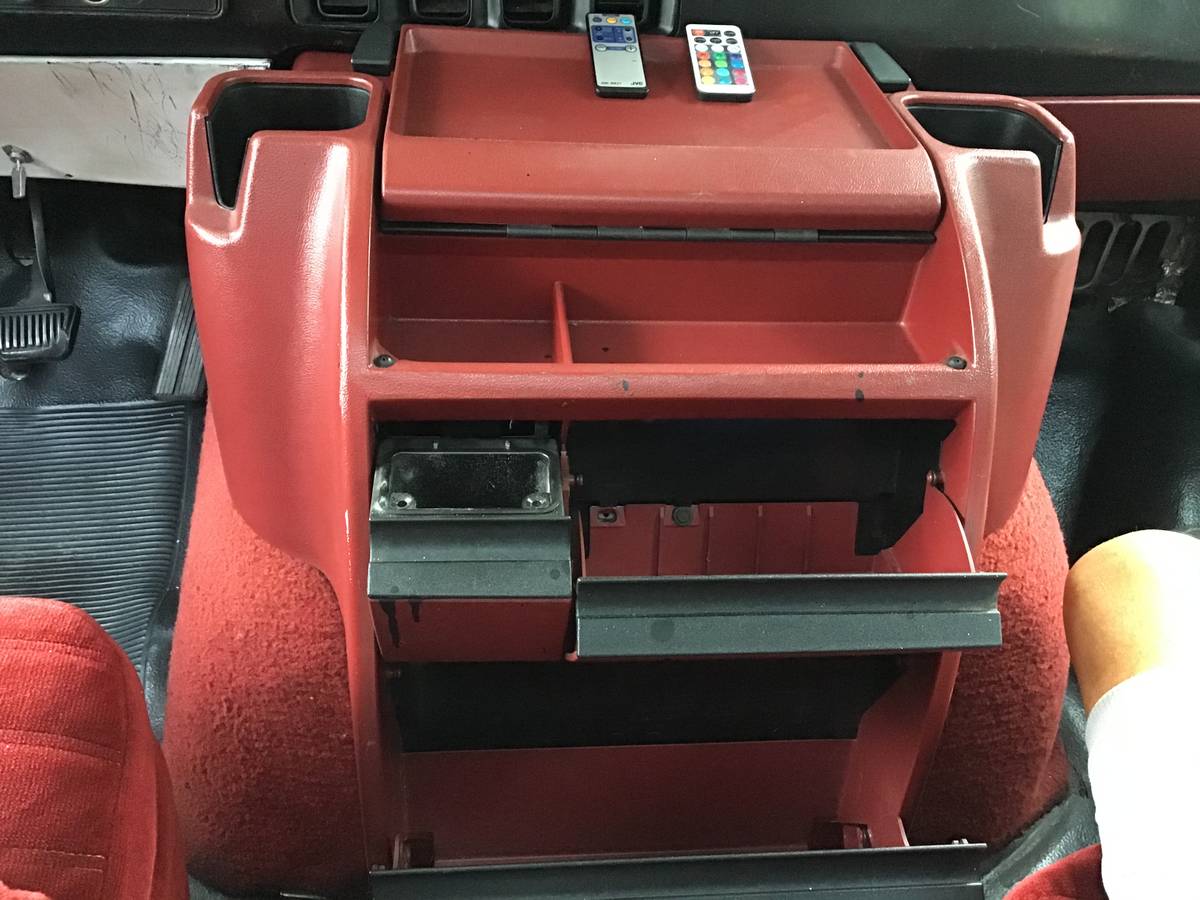 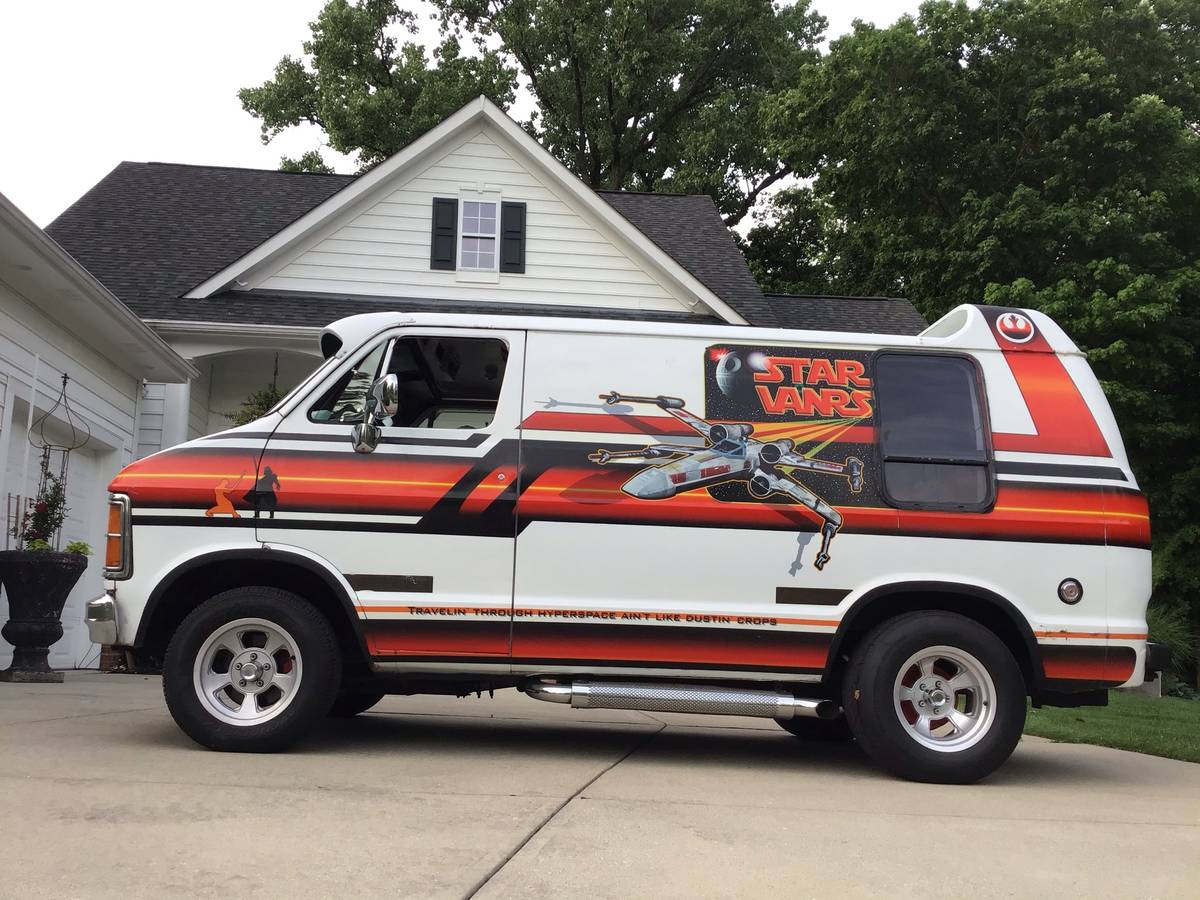 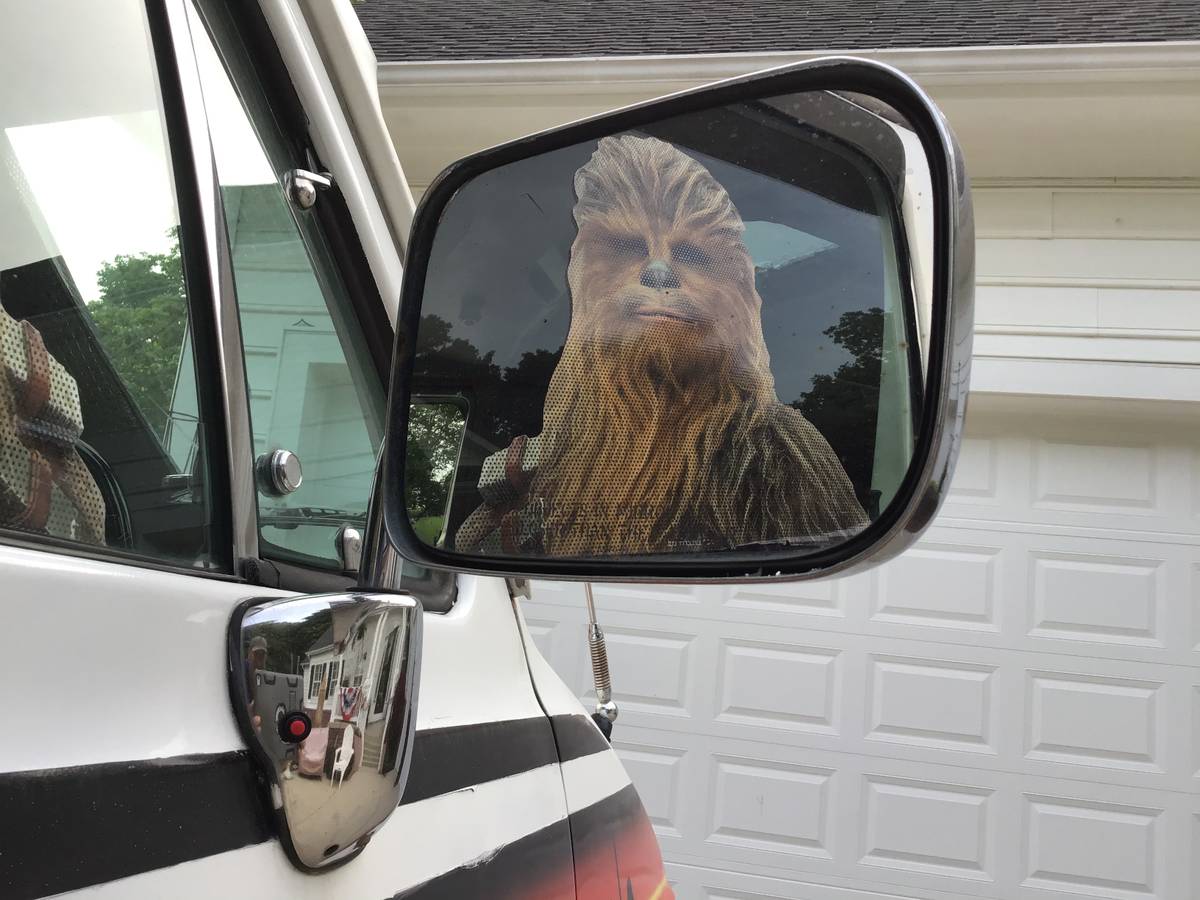 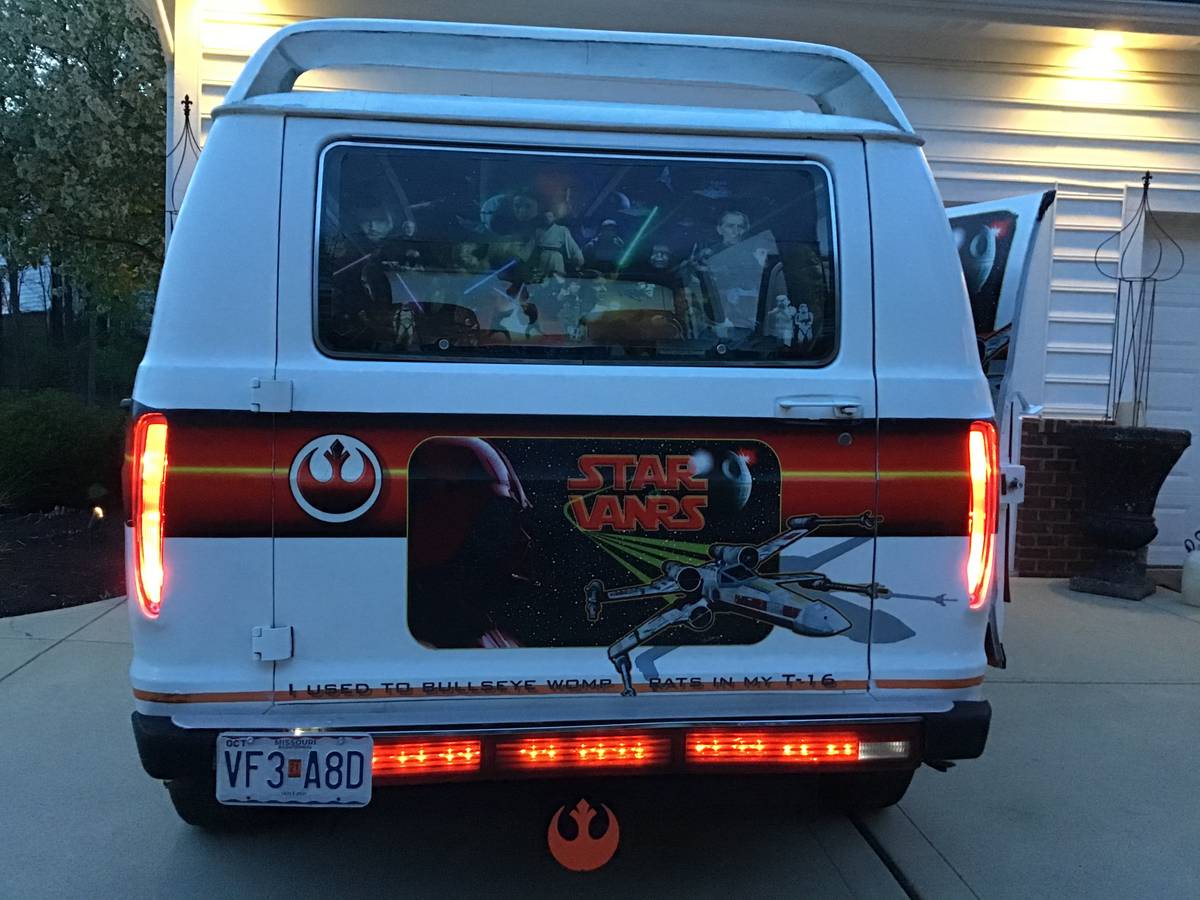 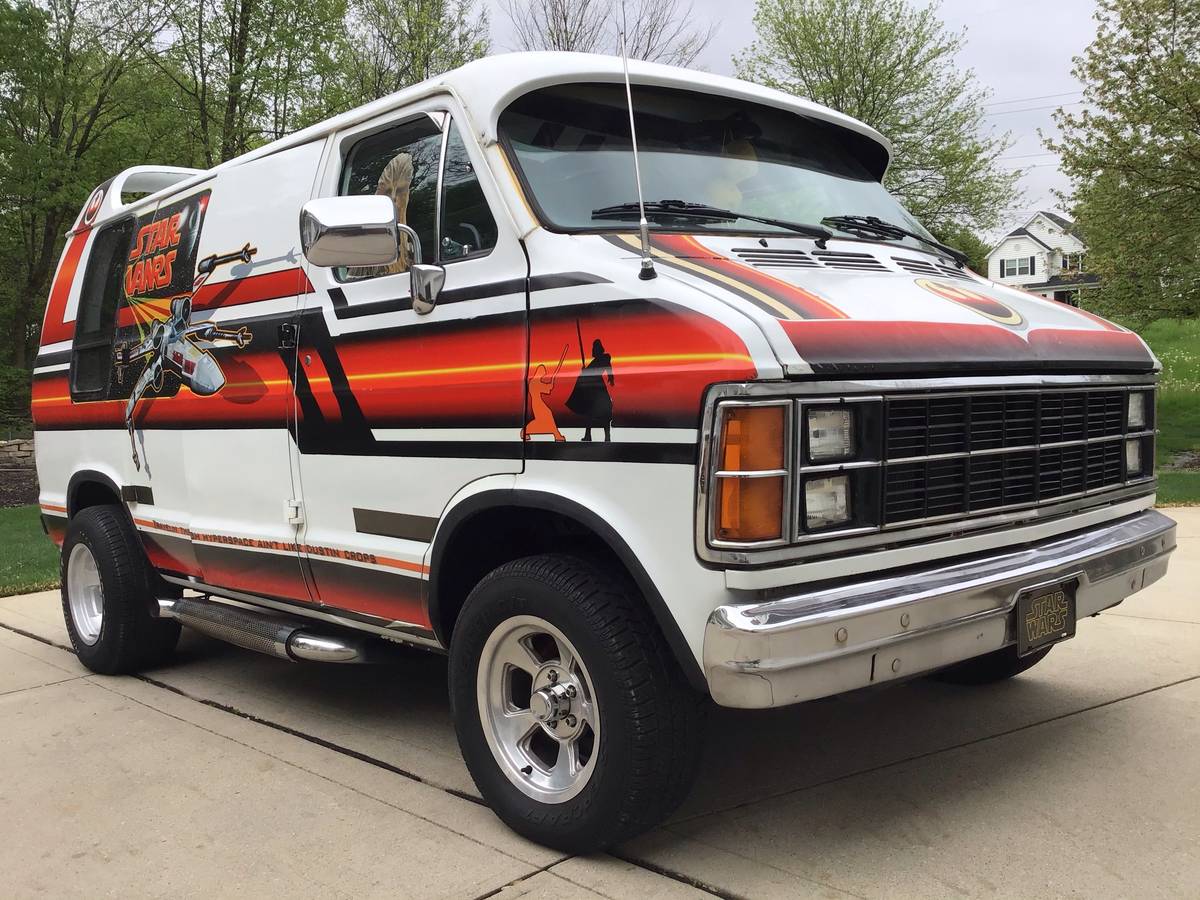 November 8, 2021 Update – We just confirmed the listing for this “Classifind” expired, so with no replacement found we’re assuming this ride “Sold?” While this one got away, please reach out either by email or call us directly if you’d like to be informed when we come across something similar.

Every so often we come across something so bizarre we have to feature it.  Our latest is this custom 1979 Dodge Tradesman “Shorty” van decked out both inside and out in a Star Wars theme.  We came across this one-of-a-kind van in a galaxy not so far away called Lewis Center, Indiana on Craigslist in October 2021.  A quick Google search revealed this Van gets around. Most recently, Rob Emslie featured it in this September 18, 2019, Nice Price or Crack Pipe survey. The Austin, Texas-based private seller at that time asked $9,800 for the Van. Emslie notes in his article that two years prior this same van was listed for $6,000 when it was featured in this January 2017 MotorTrend Online Magazine Article. If you compare the pictures from the 2017 article with those from 2019, you’ll see the buyer at $6,000 actually made some interior upgrades to this piece. Somewhere along the way, the engine bay received a replacement 318 cubic inch V8 as well as sorted replacement door lock popouts necessitated by the shaved door handles all around.

No offered at $11,500, comparing that price against the Collector Car Market Review Online Tool reveals the seller’s asking price is $1,100 above this guide’s #1 “Excellent” appraisal of $10,400 before equipment adjustments.  We will have to see whether the Star Wars livery justifies the premium for the next caretaker to buy this one-of-a-kind Van.

One of the longest manufactured chassis in automotive history, Dodge produced its full-size B-Series van for 32 years from the 1971 through 2003 model years. Although Chrysler completed two redesigns of the B-platform during those 32 years, much of the exterior sheet metal remained virtually unchanged.

Owing to its one-welded-piece “Uniframe” design, the Dodge platform was lighter and stronger and featured a lower cargo floor than the competition, at the expense of noise, vibration, and harshness. The resulting lower center of gravity improved handling versus the competing products. The B-series van was popular for cab-over motorhome conversion until Chrysler Corporation’s egress from that market during their financial difficulties in the late 1970s.

In 1979 the van received a redesigned front end, including a new grille with wraparound turn signals. Lower-end models had single round headlights, while Royal Sportsman and other high-end vans received four rectangular headlights. The van would keep this body style and the 1978 dash intact with only grille changes all the way through the 1993 model year. The Sportsman, Tradesman, and Adventurer names were phased out after 1980, replaced with the Ram van moniker, which included the Ram wagon for passenger models. As with the D-series trucks, B100 and B150 models were 1/2-ton rated, B250 models were 3/4-ton, and B350s were one-ton.

In 1979, gas prices were top-of-mind for many consumers, and this 1979 commercial currently featured on the Osborne Tramain YouTube Channel shows Dodge trying to pitch how their trucks offered higher MPG than the competition:

“This is a promo van that is one of one. It is a 1979 Dodge Tradesman shorty. Built as a Star Wars tribute. Has a newer replacement 318 engine, new carb, new fuel pump, and new steering components. Equipped with power steering, power front disc brakes, and factory air conditioning. Has shaved door handles with door poppers, custom rear wing, and windshield visor. In the back are custom Cadillac taillights and a multilight light bar in the rear bumper. Period correct aftermarket wheels and side exhaust. Very well preserved underneath! Has a custom aircraft theme interior with a bed and full swivel seats. Lots of money and talent put into this van. She’s not perfect but still in awesome condition. Draws a crowd, turning into a photoshoot everywhere it goes! These classic vans are increasing in value! Buy this and name your price if you take it to a Comic-Con event. Located in Lewis Center, Ohio. “

Show or go: what would you do with this Star Wars Tribute Van?  Comment below and let us know! 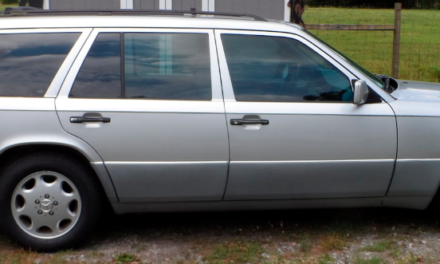 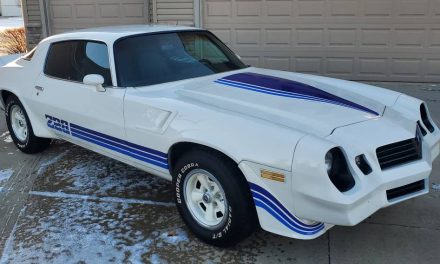 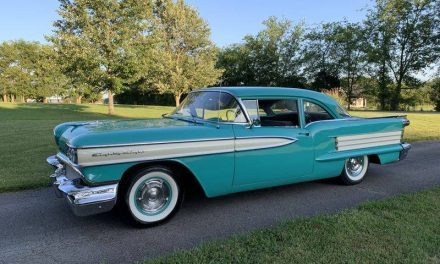