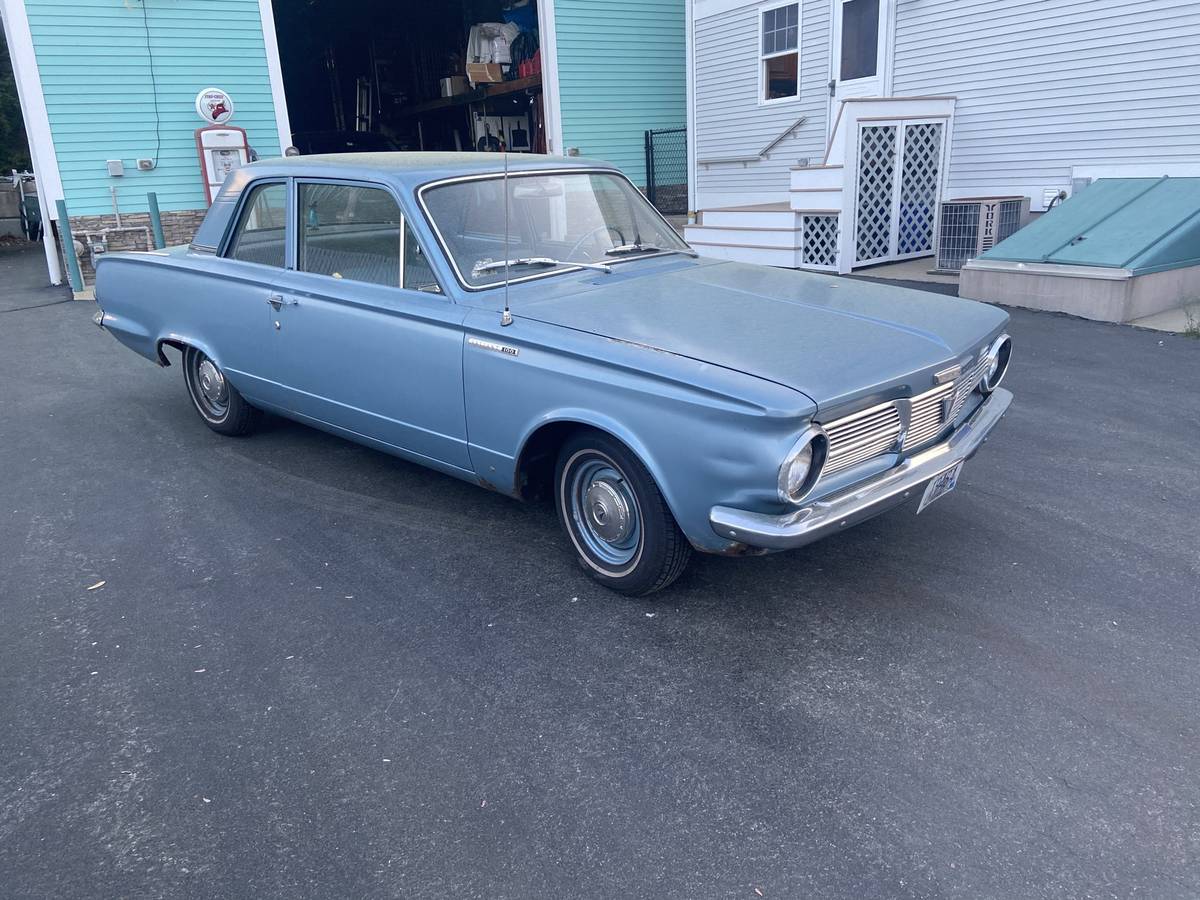 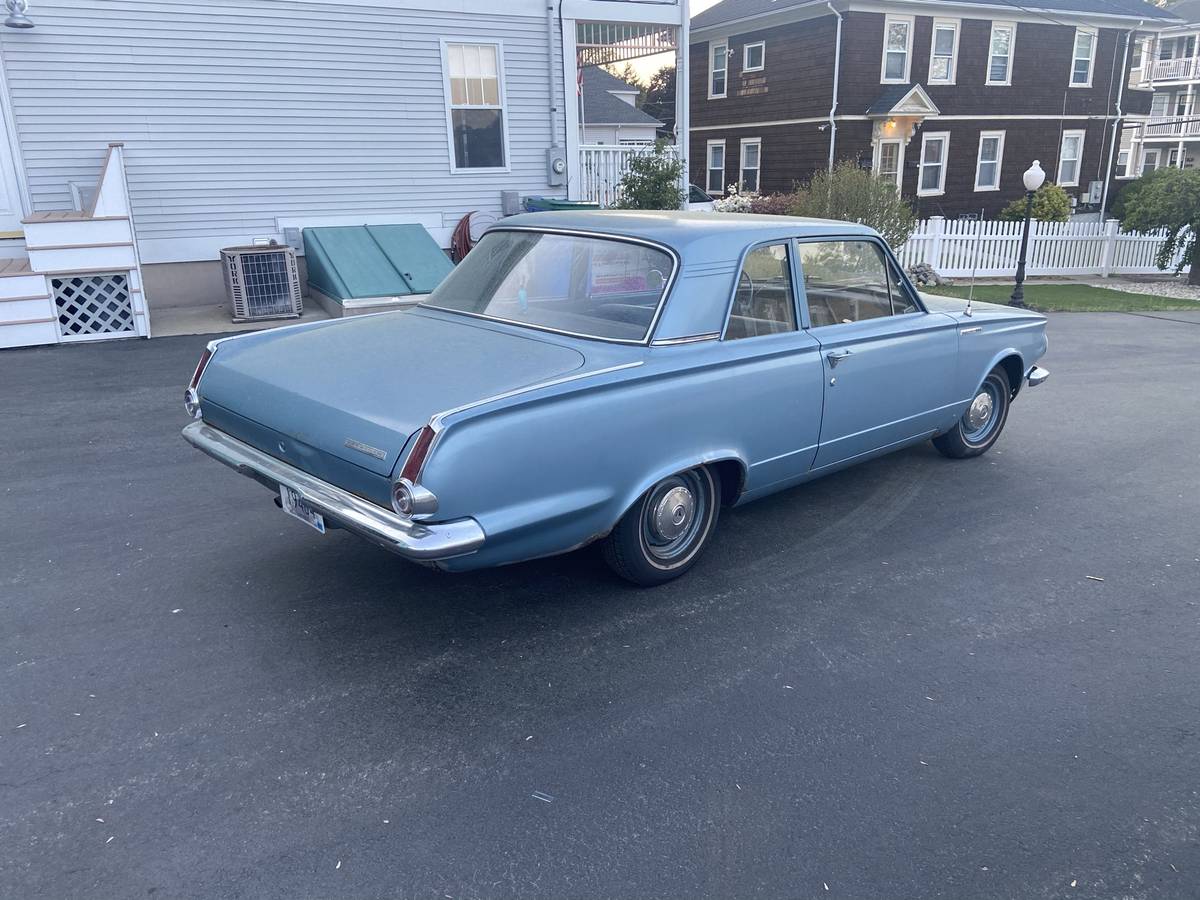 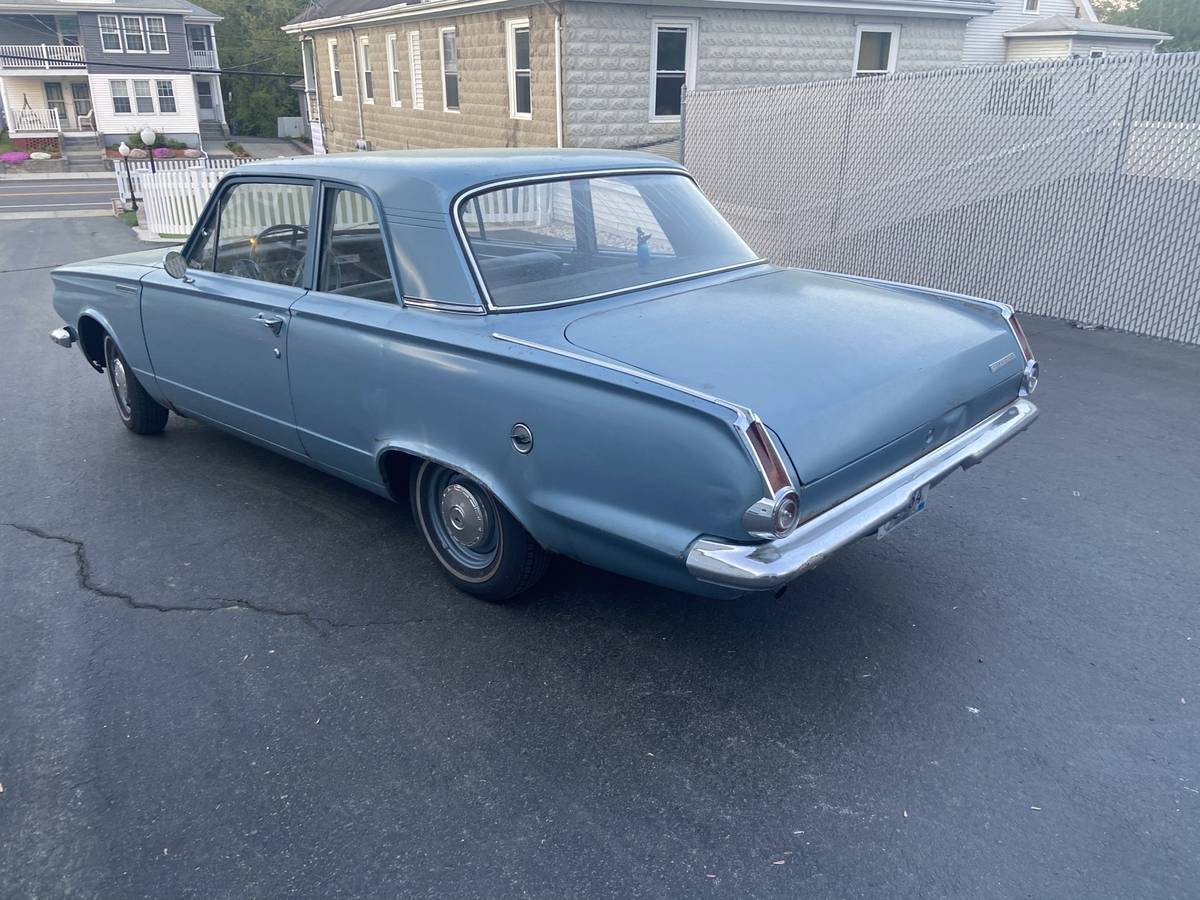 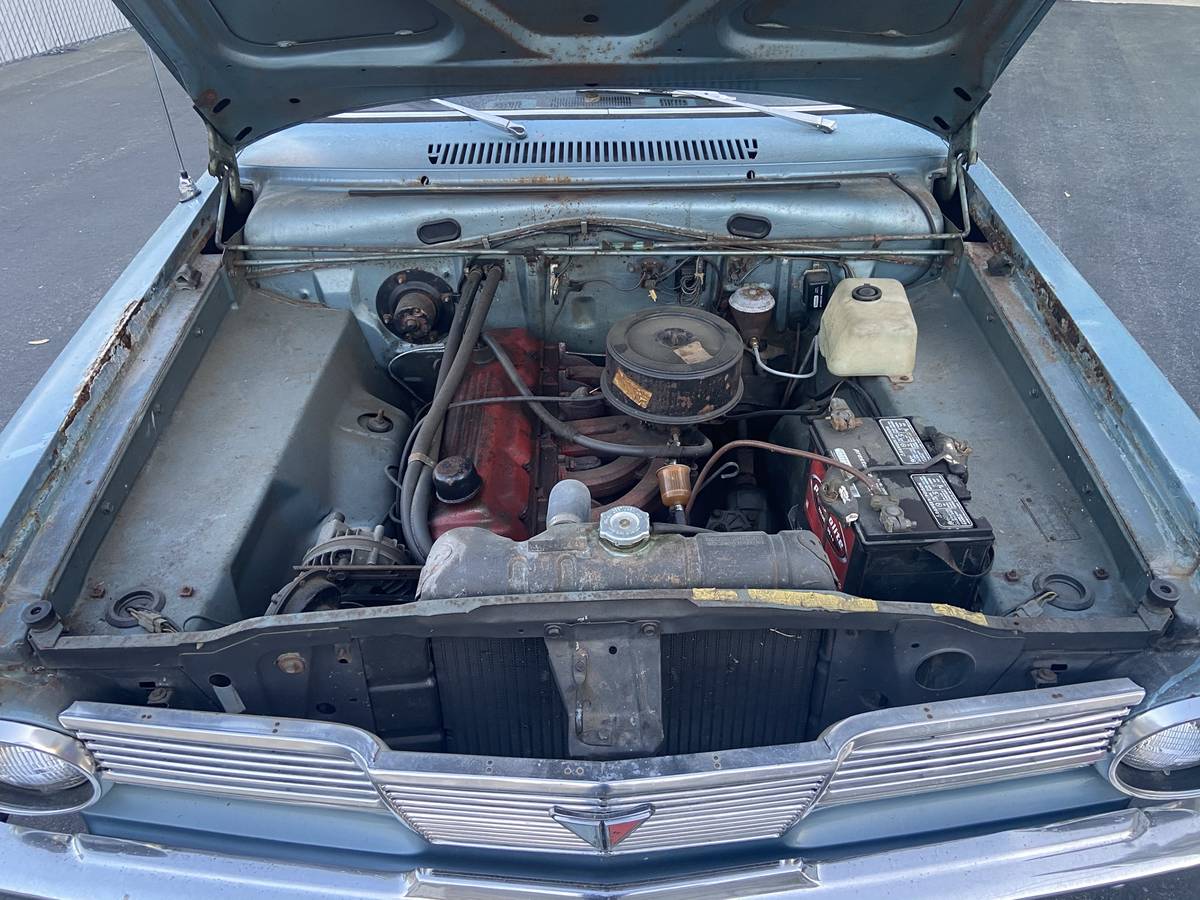 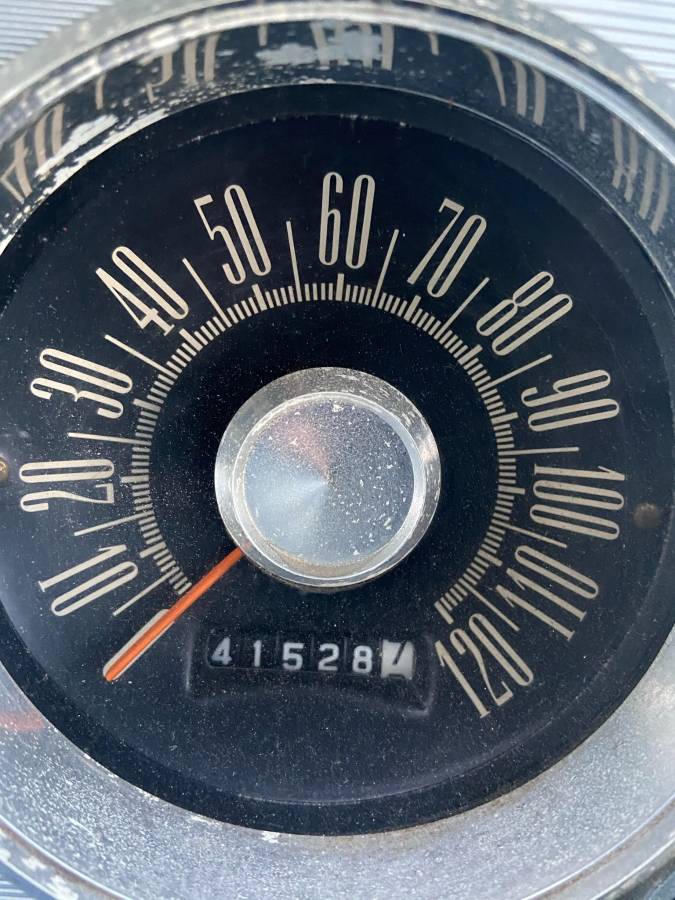 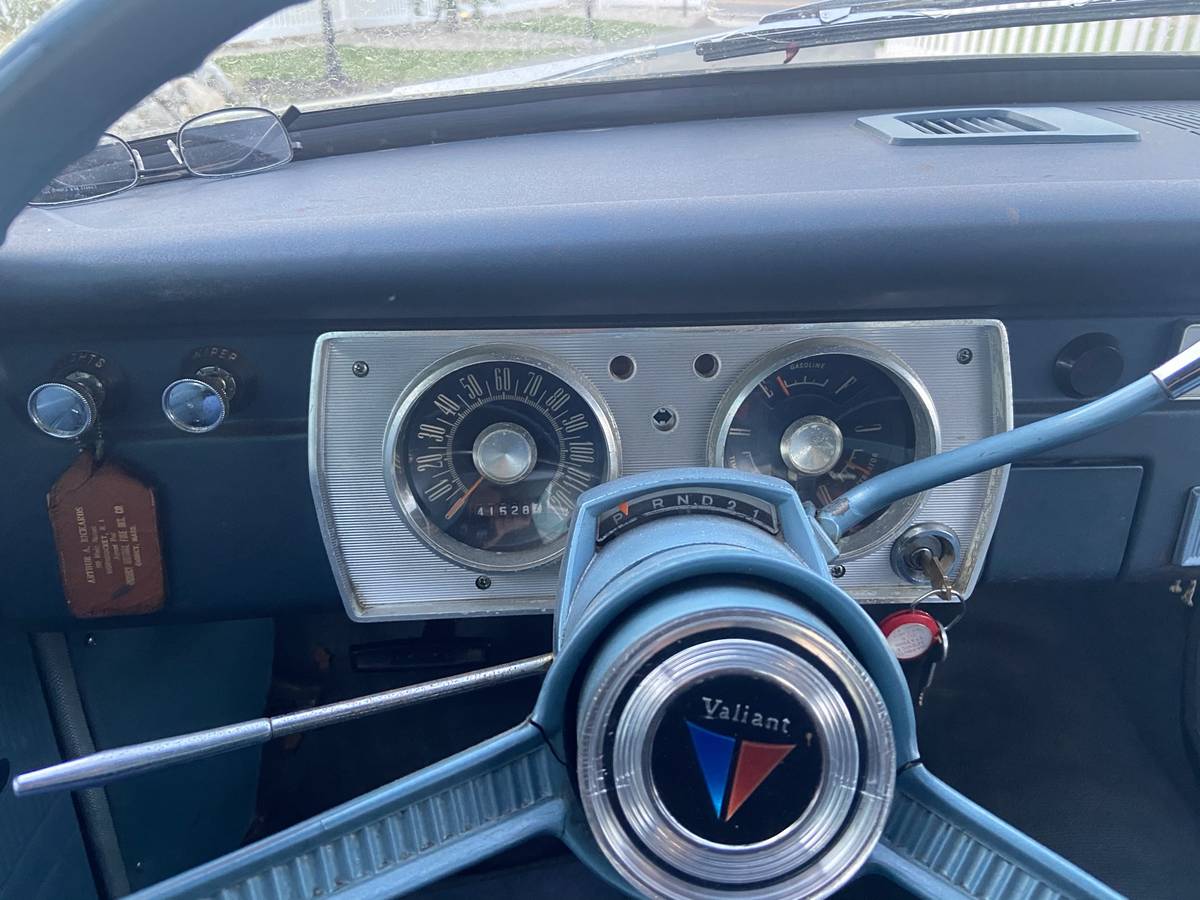 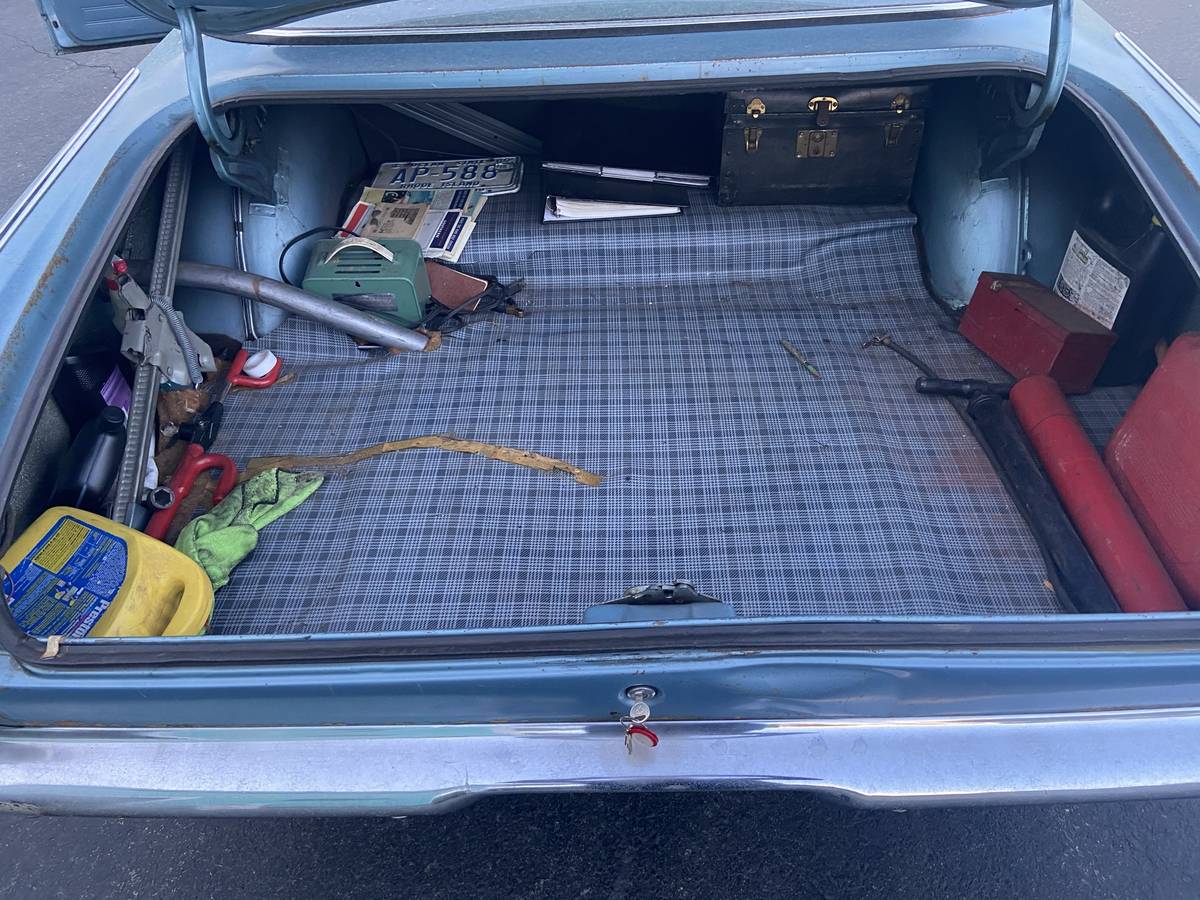 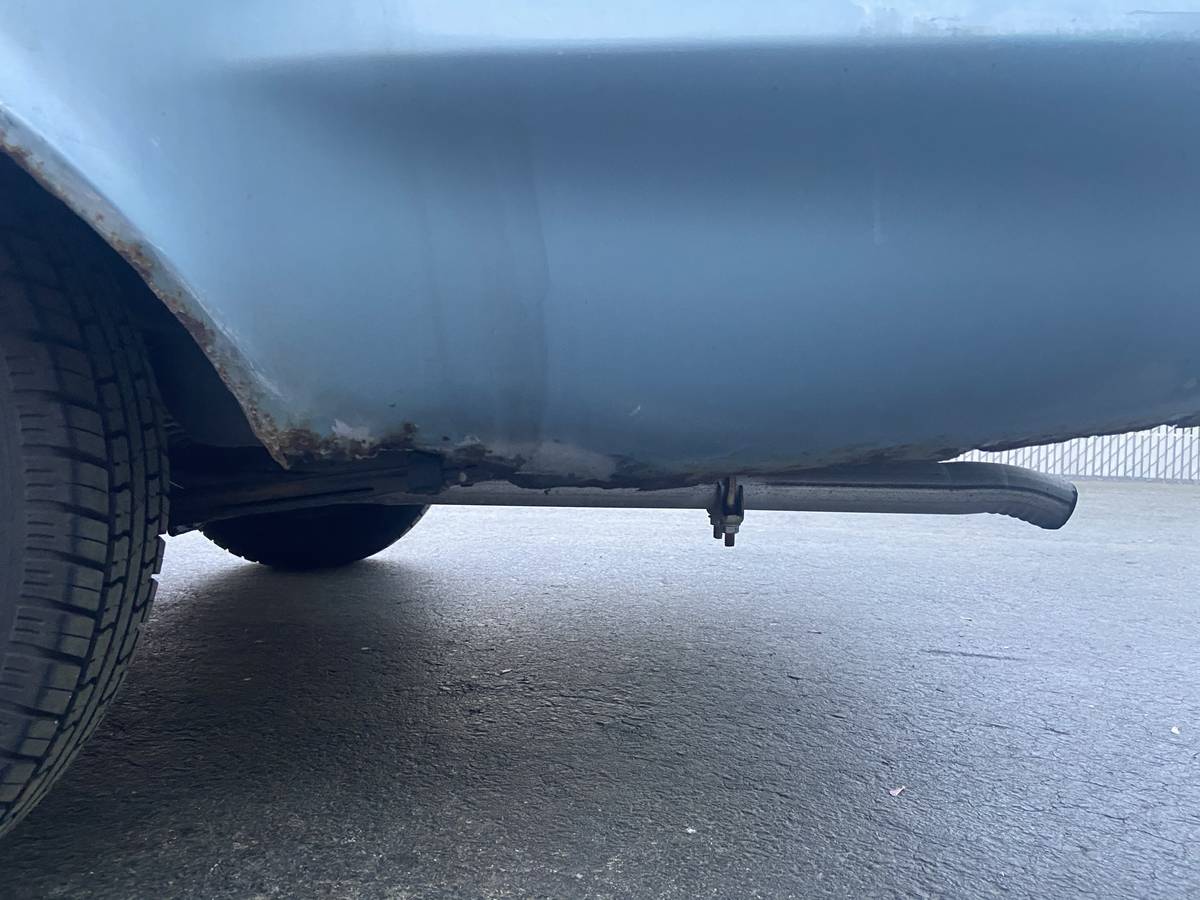 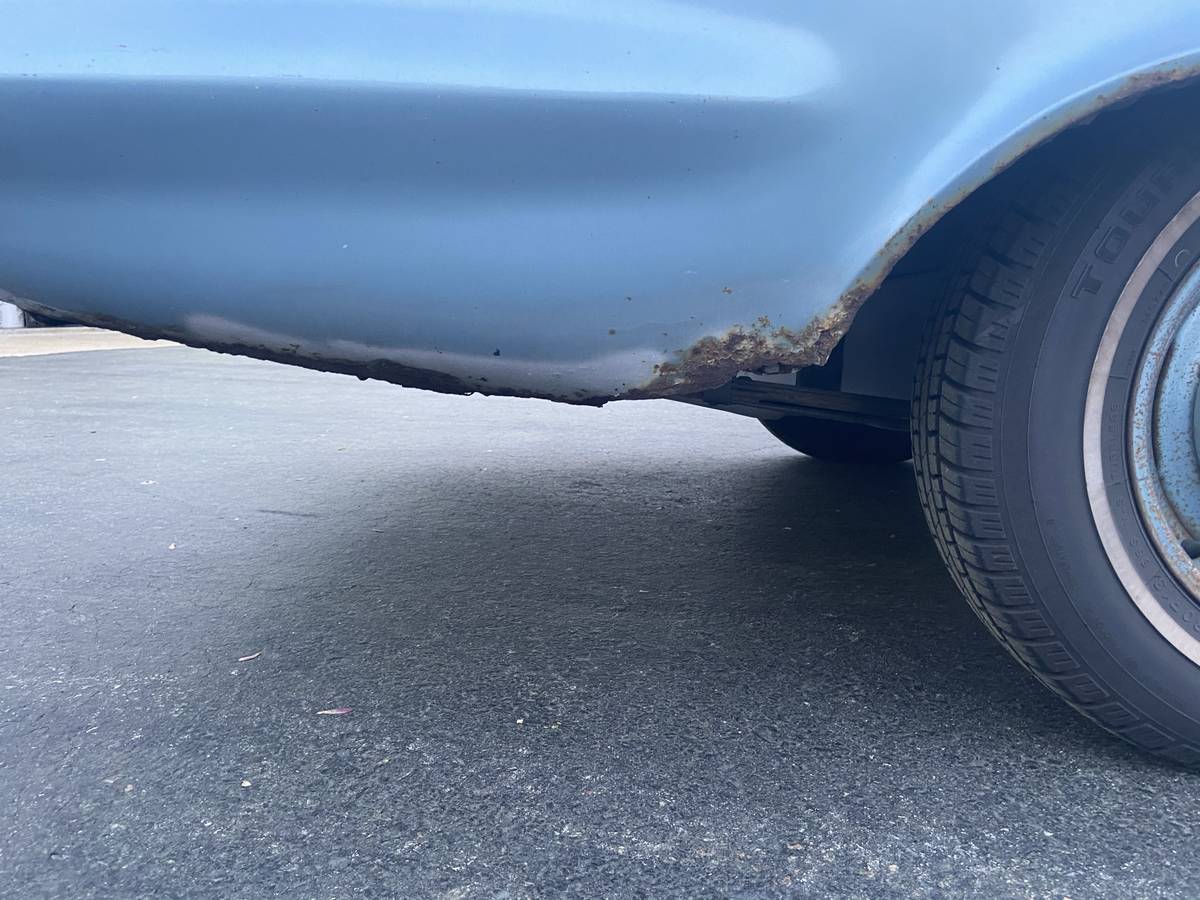 November 11, 2021 Update – We confirmed the seller of this “Classifind” deleted their listing, so we’re now able to call this one “SOLD!” While this one got away, please reach out either by email or call us directly if you’d like to be informed when we come across something similar.

There was a time when many people wanted and were happy with no-frills transportation. America’s growing post World War II prosperity made it possible for many families to own a second car for the first time in their lives. These second cars were bought with the intent to facilitate errands around town and thus eschewed the need for fancy options.  That seems to be the case for the family who originally purchased this 1965 Plymouth Valiant two-door sedan originally listed in October 2021 on Craigslist in Lincoln, Rhode Island. Built with a radio delete plate, the only luxury item the original owners sprung for was an automatic transmission.

Featuring only 41,500 original miles, the current caretaker has their 1965 Plymouth Valiant listed for $6,850. Comparing that price against the Collector Car Market Review Online Tool reveals the seller’s ask falls between this guide’s #3 “Good” estimate of $4,200 and its #2 “Very Good” appraisal of $7,100.

Plymouth launched its Valiant line for the 1960 model year to compete with Ford’s new Falcon and Chevrolet’s new Corvair.  While it used a conventional drivetrain, the first generation Valiant continued Virgil Exner’s “Forward Look” styling of the late 1950s that, while award-winning, consumers found very polarizing.  Consequently, for 1963, Plymouth redesigned the second-generation Valiant with toned downed styling on a half-inch shorter wheelbase.

Valiants now featured a wide, flat hood and a flat square rear deck. The upper belt feature line ran from the rear body, in a gentle sweep, to the front fender tip. Here it was “veed” back and down to the trailing edge of the front fender. The roofline was flatter and sharpened in profile. The grille was a variation of the inverted trapezoid shape that characterized contemporary Chryslers, with a fine mesh insert. Advances in body structure, many accessories, and a new spring-staged choke were promotional highlights. The Valiant was offered as a two-door hardtop and convertible, a two- or four-door sedan, and a four-door station wagon.  Changes in the 1964 Valiant included a restyled front end featuring a new grille with horizontal bars. A “Valiant” medallion was placed at the center of the grille where the bars formed a flat bulge. Vertical taillamps replaced the previous horizontal items. The ring-style rear deck decoration was replaced with a Valiant script located at the right-hand corner. There were few styling changes in the 1965 Valiants compared to the prior year.

While their bathroom humor and a general disdain for Baby Boomers can be a turn-off, the narrator, known to all as Mr. Regular is an informative car guy who provides a nice history on the Valiant’s role in automotive history:

With new cars becoming increasingly complex by the day, this 1965 Plymouth Valiant two-door sedan survivor is a great entry-level collector car that is easy to maintain and won’t break the bank.

“1965 Plymouth Valiant 2 door sedan. 6 Cylinder (170 Cu. In.) 3 speed automatic. Radio delete car. Barn find.
Car is purchased from the original family who bought the car new. Car has original paint, interior, & drive train.
No hit body and all original glass. Floors, torsion bars, and box are mint, like new. The trunk is like new. Only rust is what is pictured (very minimal). Carb and master cylinder are rebuilt. Radiator flushed and pressure tested.
New wheel cylinders, all. New brake lines, all. New fuel tank and sending switch. All new fuel lines. New tires. New exhaust. The car has been tuned up. I have the build sheet and the Chrysler “Cert-i-card”. Sold new in Woonsocket, RI to a resident here. I have owned the car 4 years. I have driven this car to Bar Harbor, ME, and to Virginia Beach, VA. with no issues. Not too interested in trades as I have to make room in my garage.“

Restore or drive as-is: what would you do with this 1965 Plymouth Valiant survivor?  Comment below and let us know!