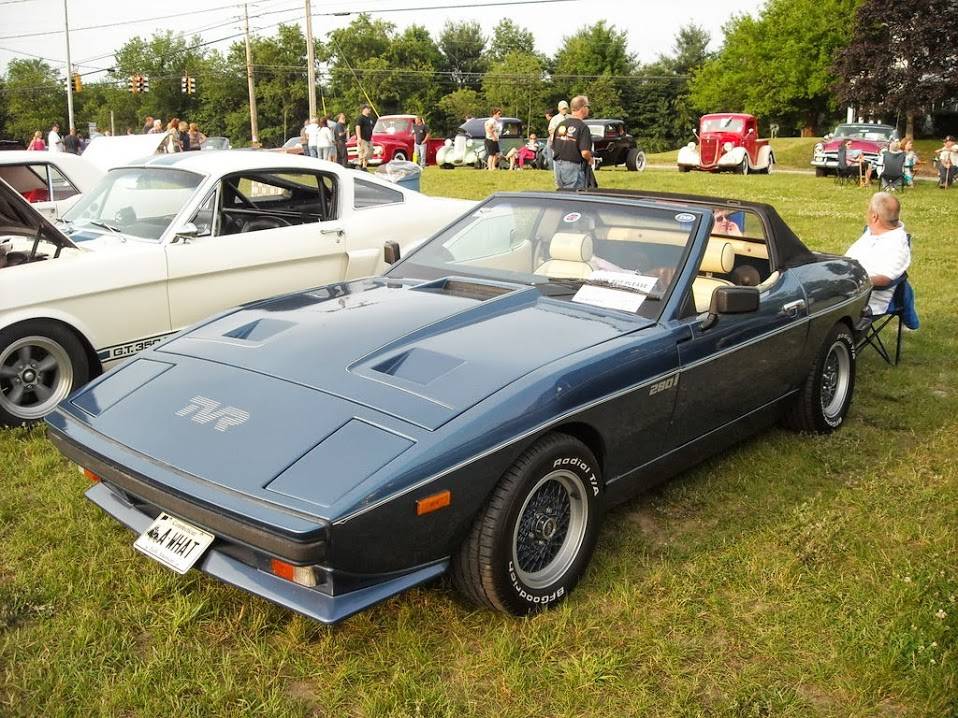 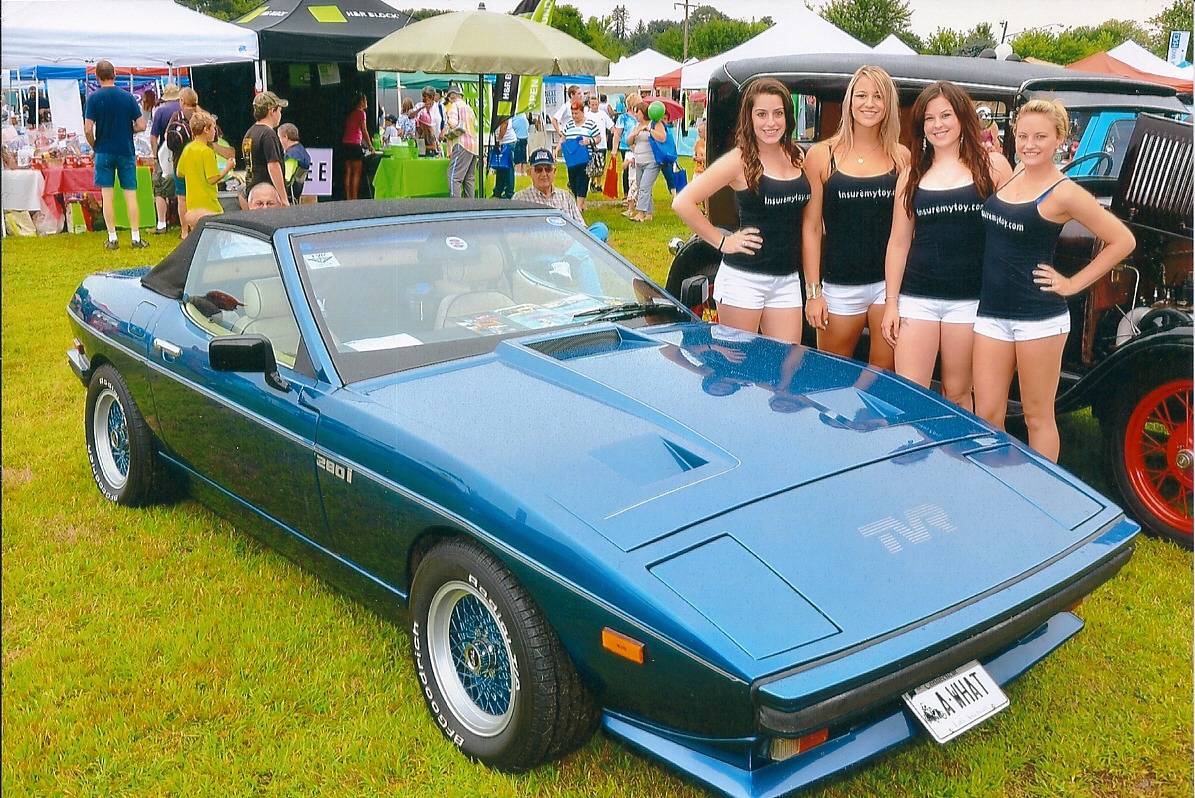 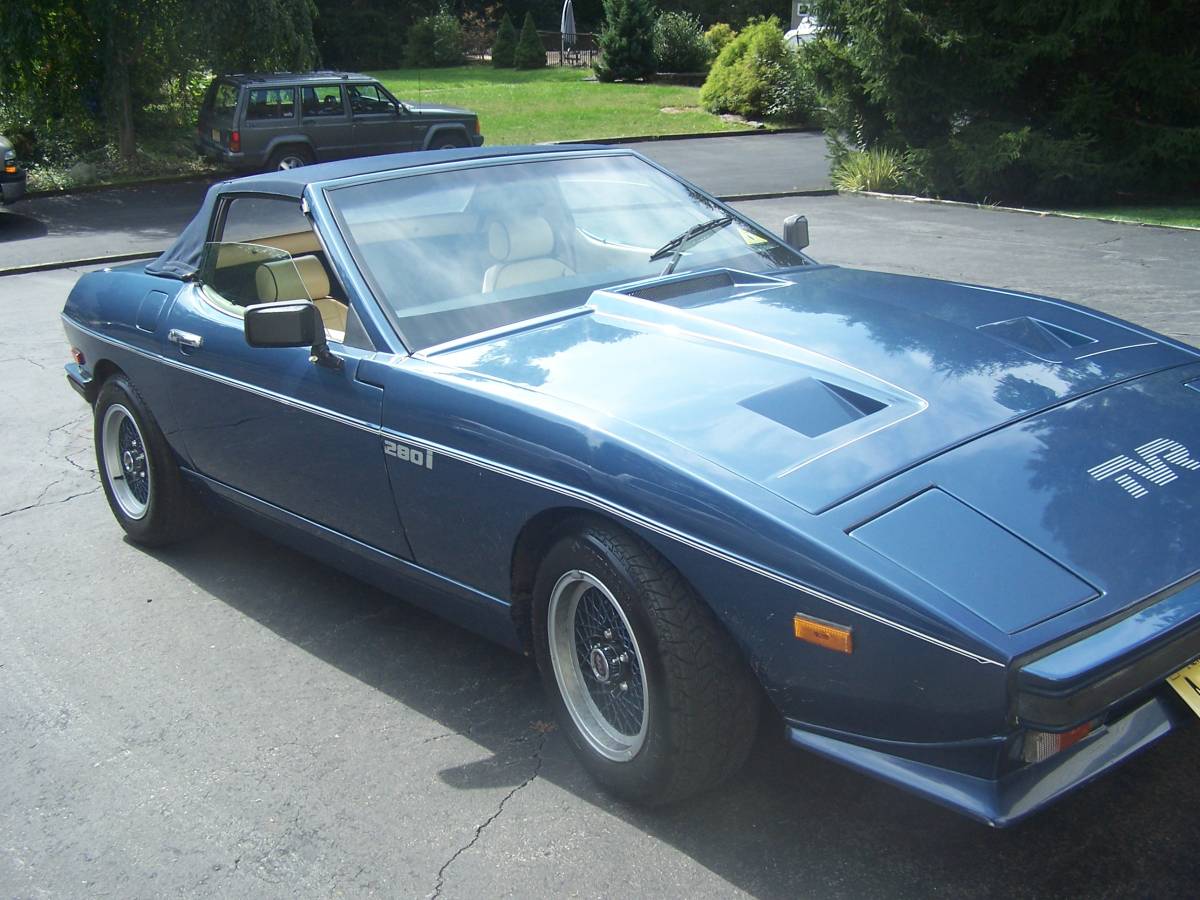 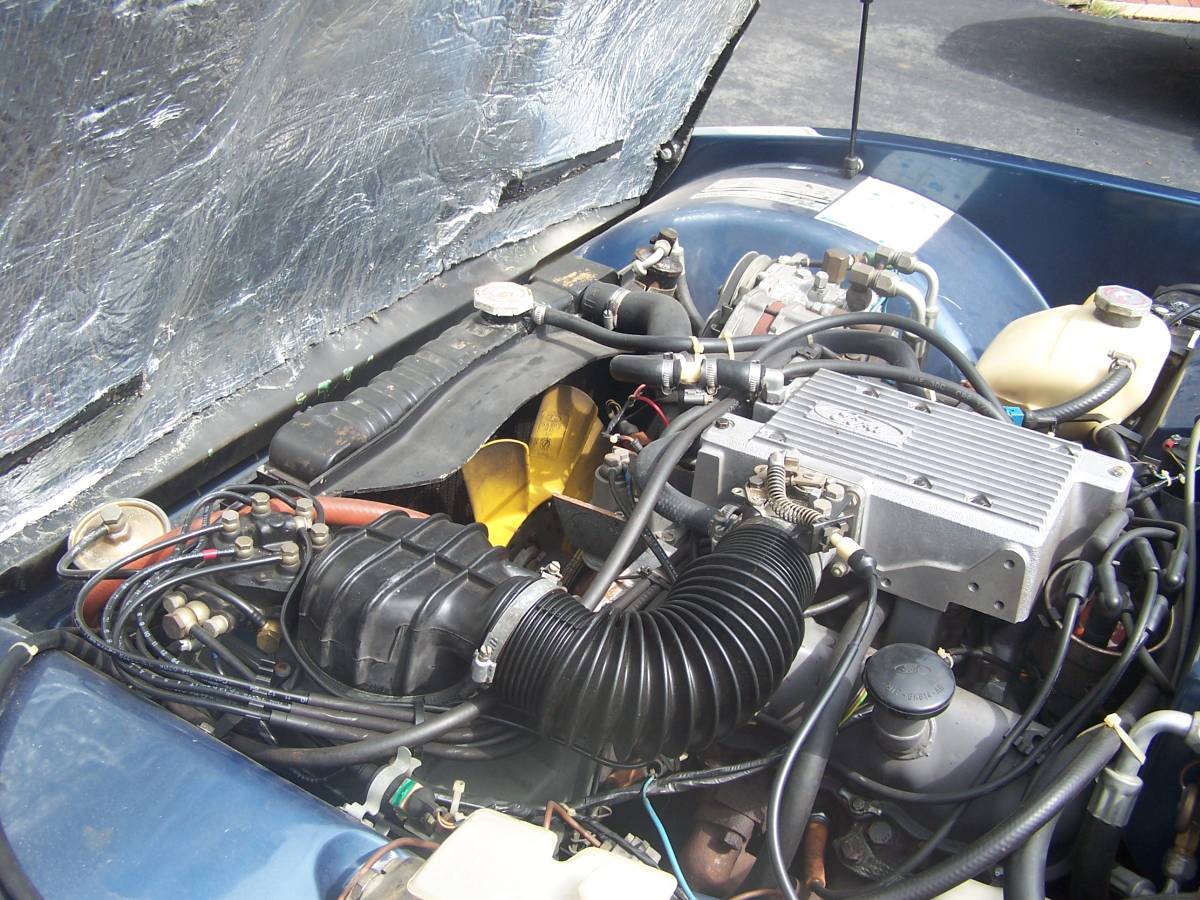 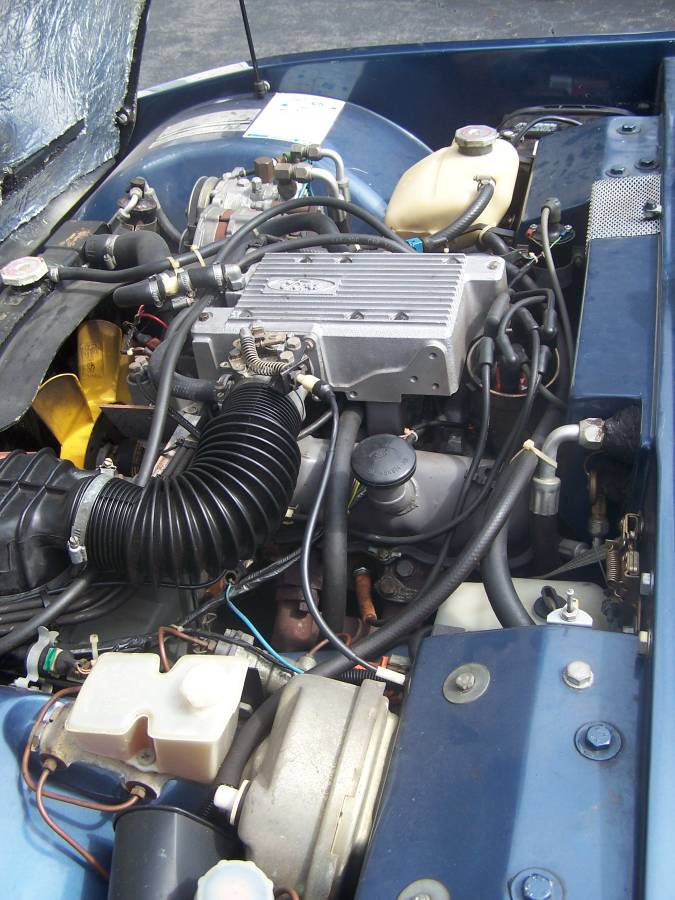 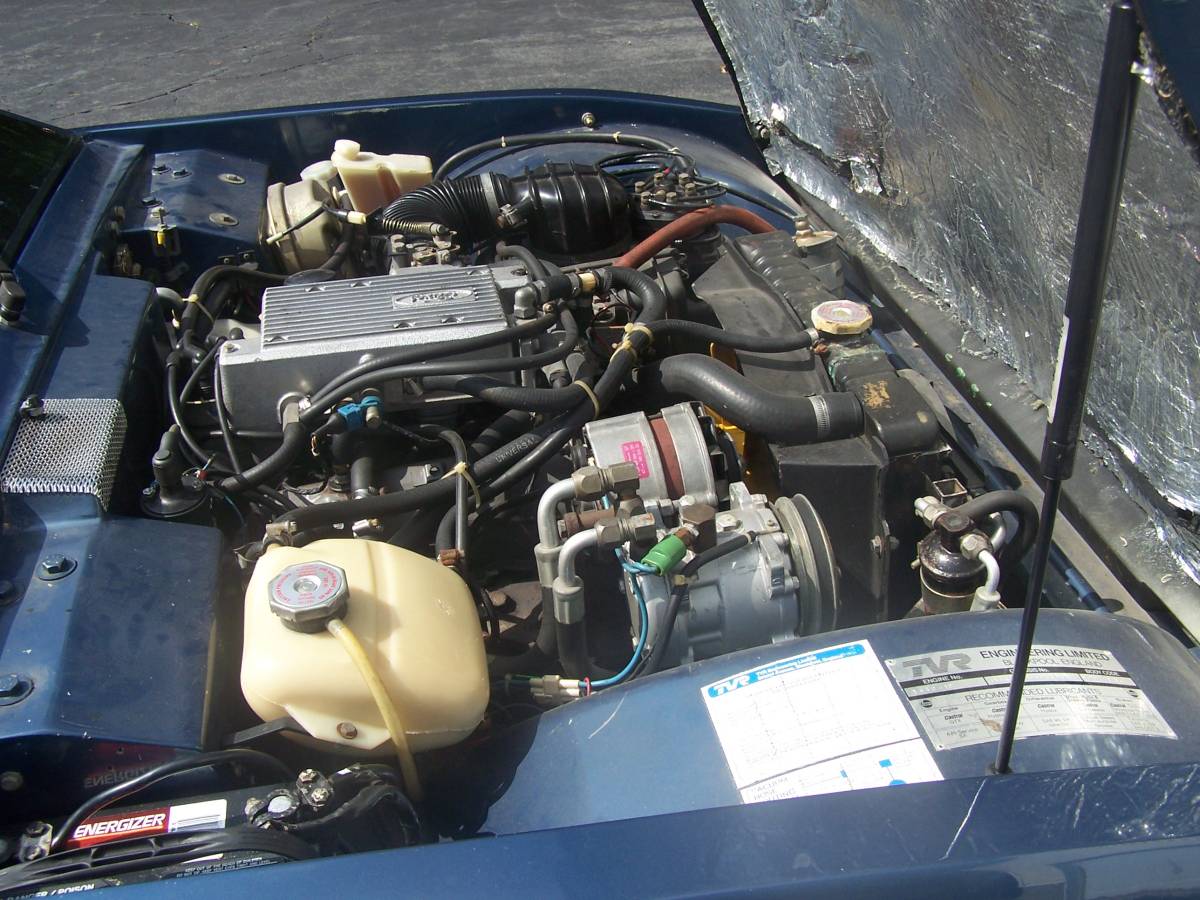 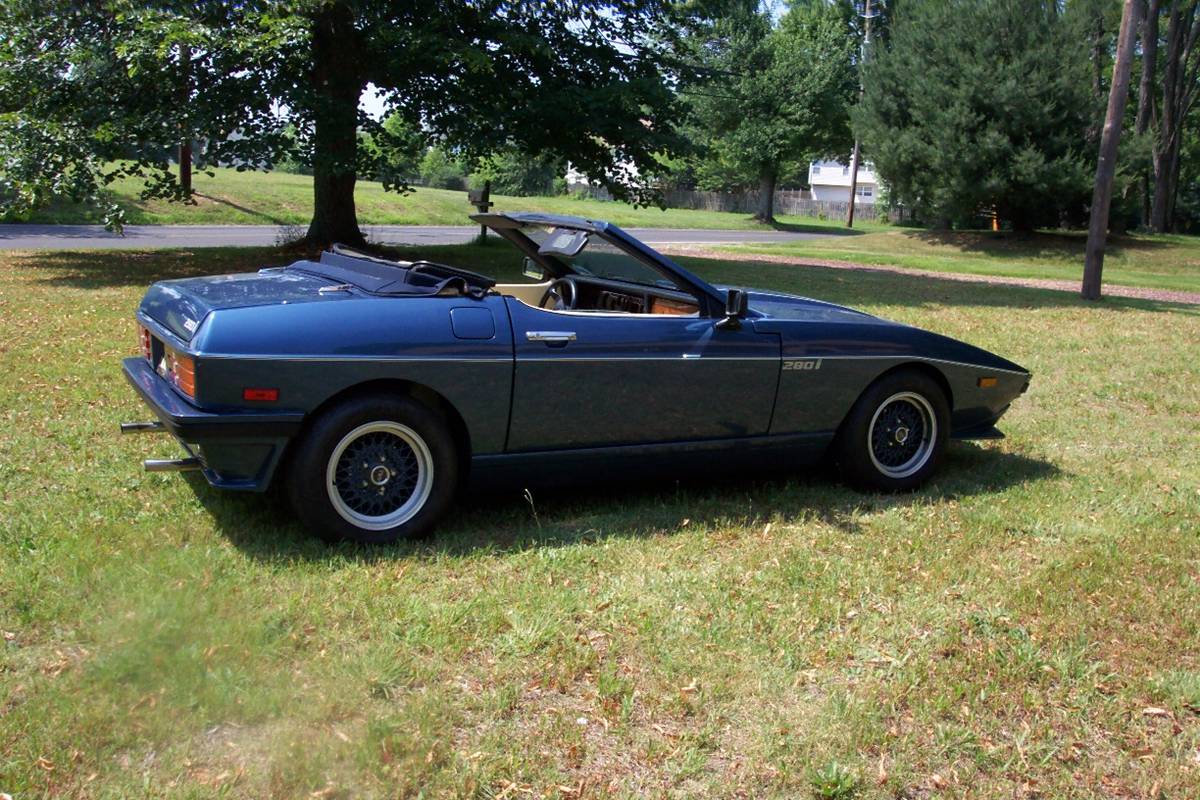 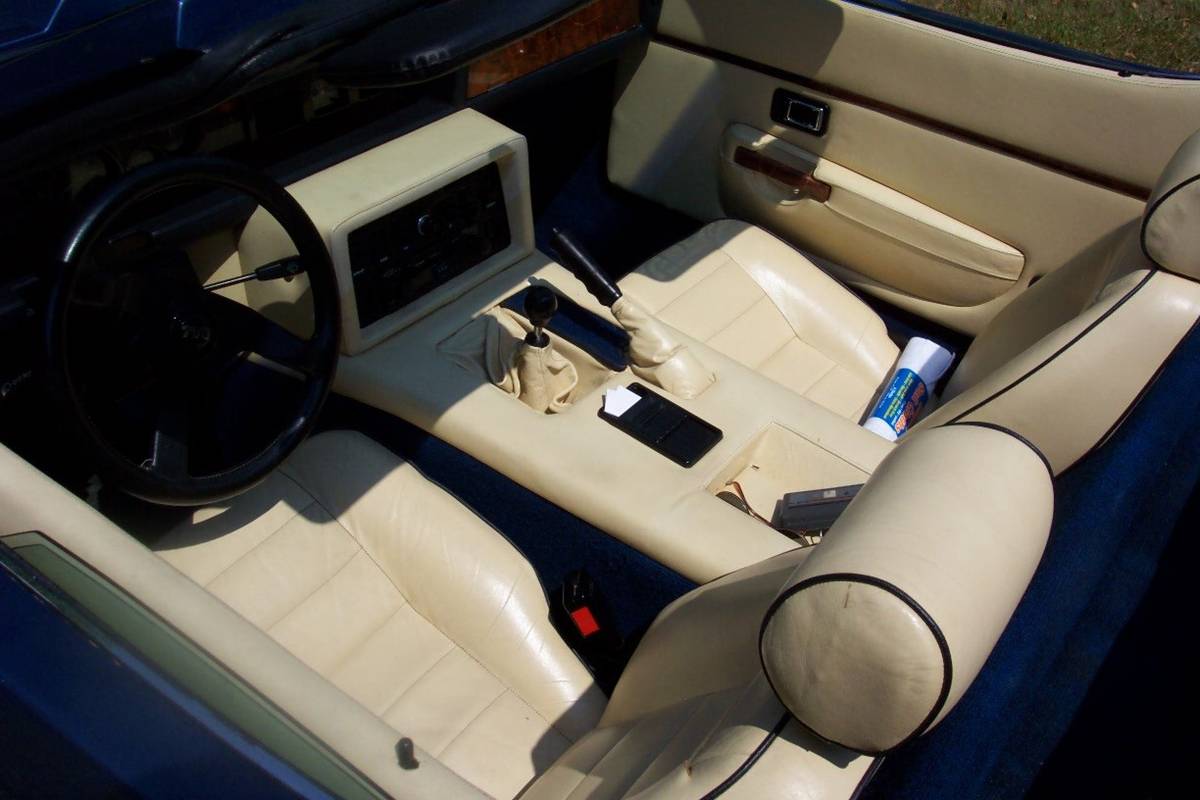 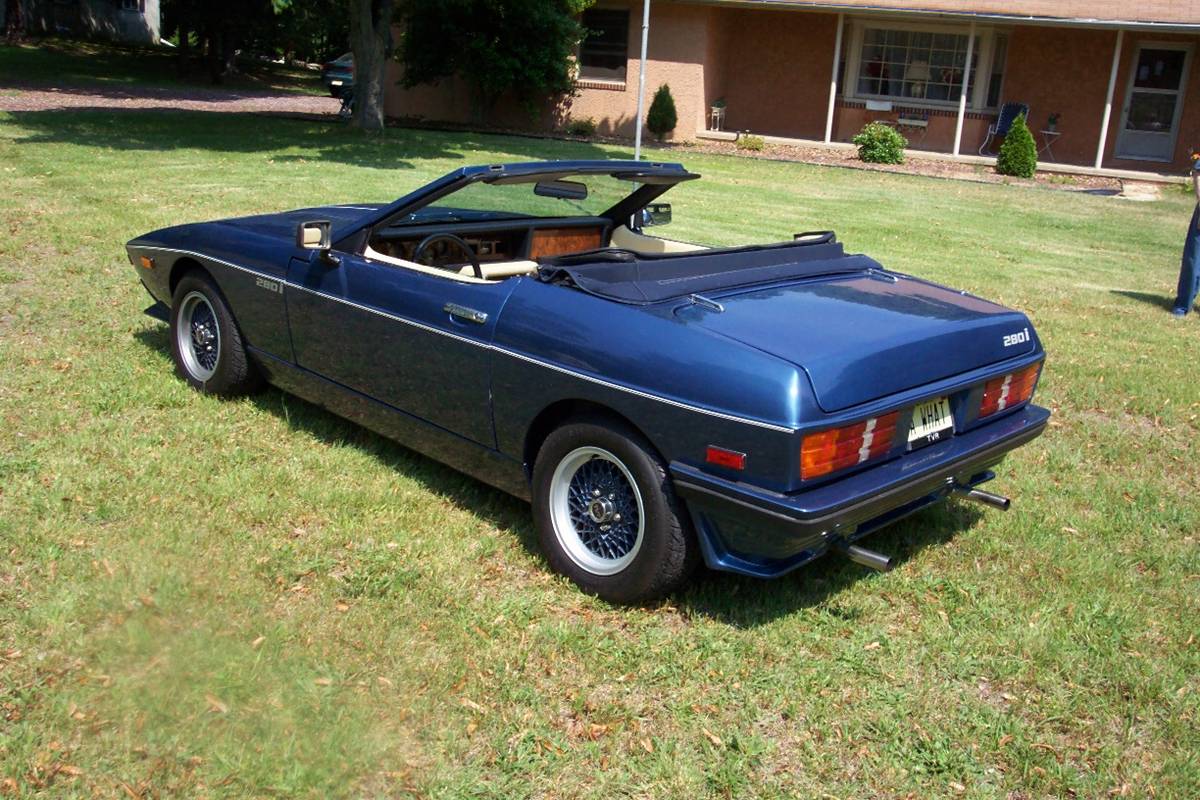 November 12, 2021 Update – We confirmed the seller of this “Classifind” deleted their listing, so we’re now able to call this one “SOLD!” While this one got away, please reach out either by email or call us directly if you’d like to be informed when we come across something similar.

If you’re not familiar with the British brand TVR, the first two letters are the initials of Trevor Wilkinson, the founder of the company dating back to 1946.  TVR manufactures lightweight sports cars with powerful engines and was, at one time, the third-largest specialized sports car manufacturer in the world, offering a diverse range of coupés and convertibles. The height of the company’s production was in the mid-eighties when it made a concerted effort to import the Tasmin into the U.S. as the 280i.  These cars hold a special place in my heart as the local salesman let me test drive a brand new example when I was still a poor engineering student studying in Rochester, NY.  With a sticker price of about $25,000 when new (approximately $62,000 in today’s dollars), I still remember thinking how it looked like the car was already starting to look like the car would not hold up well.

This unrestored, 56K original mile, blue over light tan 1985 TVR 280i originally listed in October 2021 on Craigslist in Plainfield, Connecticut appears to prove me wrong based on the pictures provided. Likely helping preserve this example after 35 years is the fact this TVR 280i has been stored indoors when not in use. Offered currently for $15,000, comparing this price against the Hagerty Insurance Online Valuation Tool confirms this private seller has his 280i priced two hundred dollars less than this guide’s #1 “Concours” appraisal of $15,200.

TVR launched its Tasmin sports car in 1980. It was the first of TVR’s “Wedge” series which formed the basis of its 1980s model range. Later rebranded as the 280i, TVR offered the Tasmin/280i as either a two-seat coupé, a 2+2 coupé, or a 2-seater convertible.  The Tasmin was the first production car in the world to have both a bonded windscreen and also to incorporate the aerial in the rear screen heater element. As with all TVRs, the running gear was located in a powder-coated tubular spaceframe steel chassis.

To keep costs manageable, TVR sourced ancillary components were sourced from a variety of mainstream manufacturers. Examples include: Ford Cortina external door handles; Triumph TR7 or BL Metro internal handles; front side/indicator lamps by Lucas with those on later models taken from the Renault 12 and the Peugeot 505; rear lamp clusters from the Ford Capri, Rover SD1, or the Renault Fuego; boot lid hinges from the Hillman Imp and ex-Jaguar ashtrays (or on later cars the ashtray from the DeLorean DMC12). The radiator was taken variously from the Ford Granada Mk2 and the Range Rover; front brakes could be ex-Granada in solid- or vented-disc form or the 4-piston calipers from the BL Princess (also a ‘wedge’ shaped car). The steering column and its associated switchgear changed over the years too: starting with the TR7 and proceeding through the Rover SD1, very late cars used the installation from the Ford Granada Mk3. The handbrake mechanism was that used on the Lotus Esprit. The headlamp pods were powered by individual motors lifted from the TR7/ Esprit. The original wheel design was specific to the Tasmin, produced by Telcast in Telford. Later cars sported wheels from various makers including OZ. The seats were made by Callow & Maddox Brothers in Coventry, who also supplied other British car makers, hence the Tasmin seats appear similar to those used elsewhere but are in fact vehicle-specific, having a narrow but long base bolster.

In 1981 a series II car appeared, incorporating various improvements or modifications to the series I. These included a front suspension redesign, returning the tie-rods to the tension mode used by Ford rather than the compression mode into which TVR had initially installed them. This addressed frequent complaints of bump-steer. A bodyshell restyle also altered the proportions of the car (largely by tilting the previously-vertical glass tail panel) so it appeared shorter in the nose and longer at the rear; this coincided with the launch of the convertible/drophead version. In 1984 the Tasmin name was dropped and the car was renamed TVR 280i, although the name remained in use within the TVR factory. Early 350i’s were also referred to as the “Tasmin 350i”. TVR’s consistently inconsistent badging policy resulted in the cars appearing as Tasmins, Tasmin 280i’s, or just plain 280i’s as the Tasmin name was dropped.

The 2.8-liter “Cologne” V6 had already been certified for US sales, and thus TVR returned to the US market after a six-year hiatus.  The Tasmin was the last TVR to be exported to the United States, with the last car brought over in 1987, this being a series II 280i. A number of reasons are cited for TVR’s withdrawal from the US. These allegedly include a deteriorating relationship with the import agents and the distribution network, warranty problems, and liability insurance premiums rising from $160K to over $1M.

Men & Motors is a popular British car review show. The show’s YouTube channel features this video providing a look back at the TVR Tasmin 3000M models:

While the Ford powertrain and rust-free fiberglass body may be tempting, do your homework and carefully look at the frame on this car before putting your money down. That said, the fact this car has been stored indoors and has such little mileage likely means this TVR has been a pampered plaything since new.  With less than one thousand units built, chances are very strong you will rarely see another 280i unless you attend a TVR meet.

“Original unrestored in very good condition. Only 962 produced by TVR and last model shipped to the states. Car has been stored inside when not in use. Only serious buyers need respond.“

Show or go: what would you do with this unrestored 1985 TVR 280i?  Comment below and let us know!