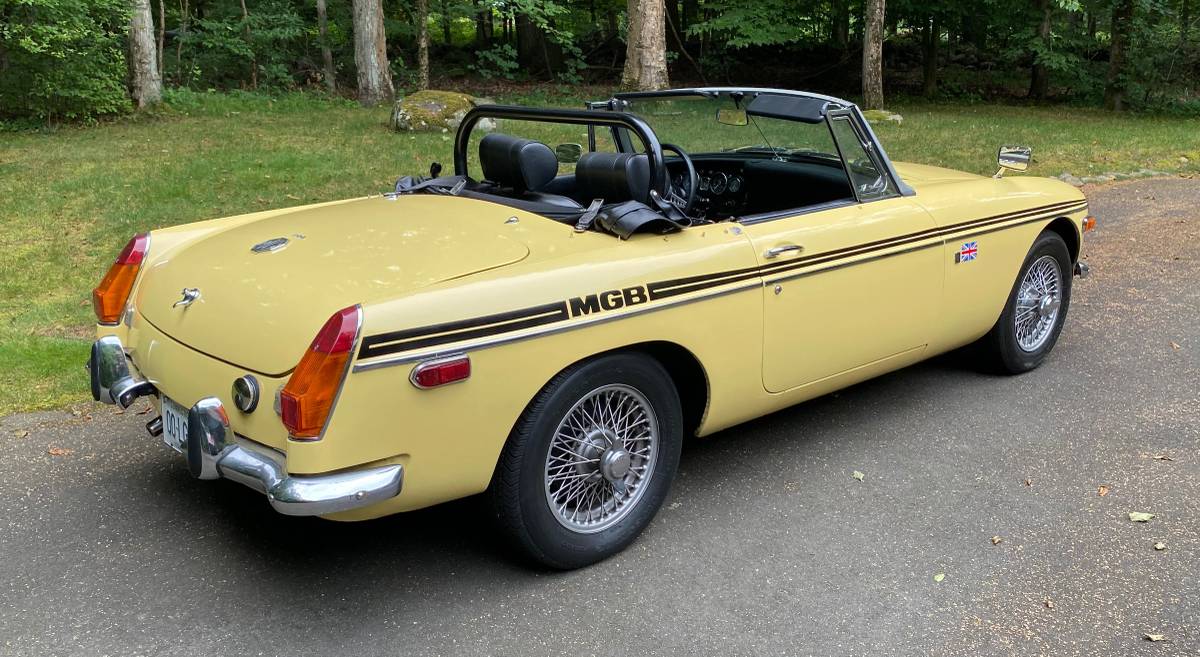 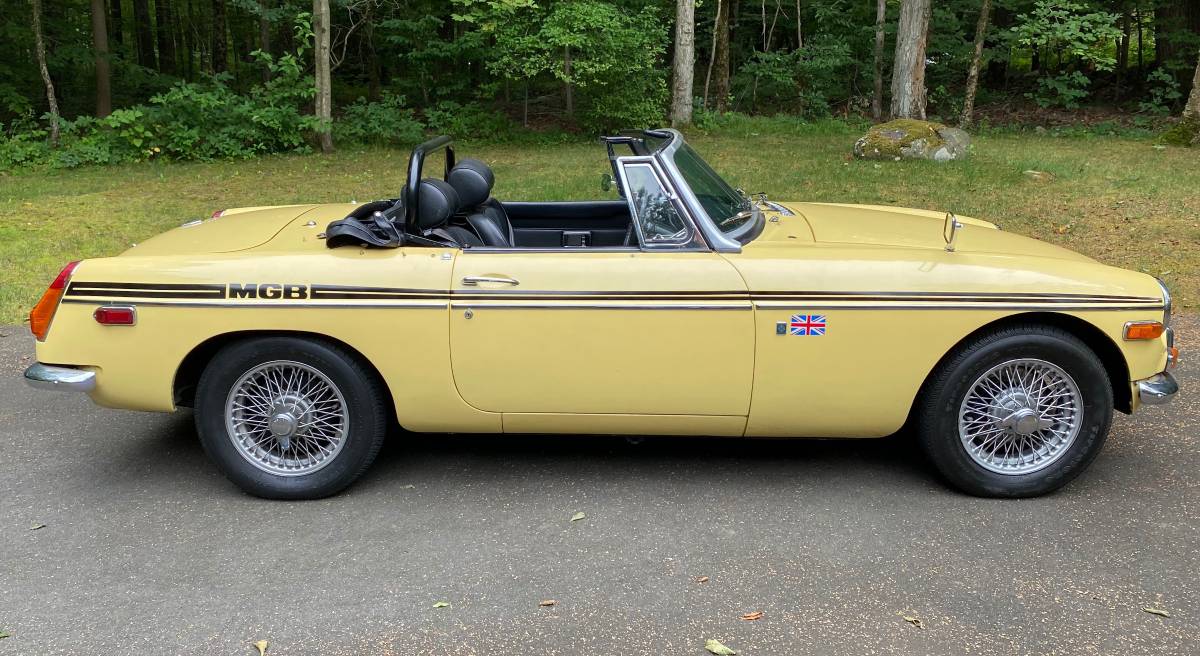 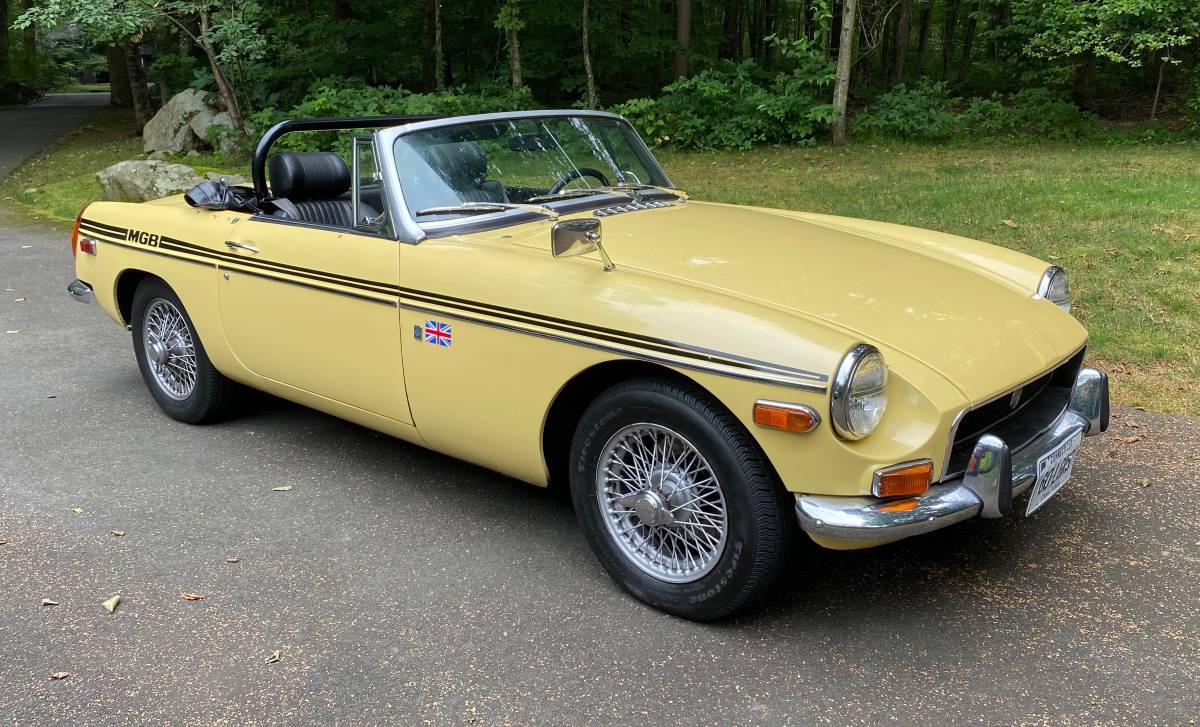 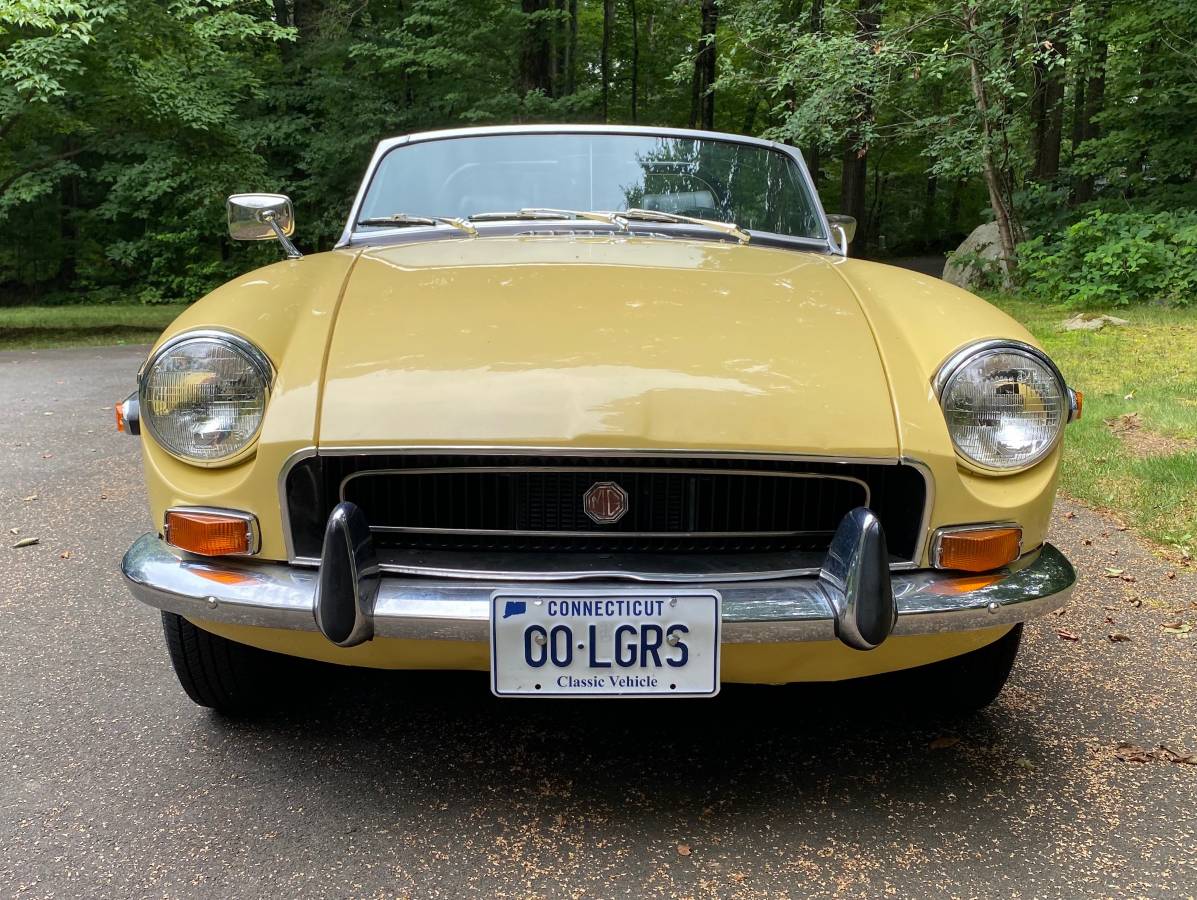 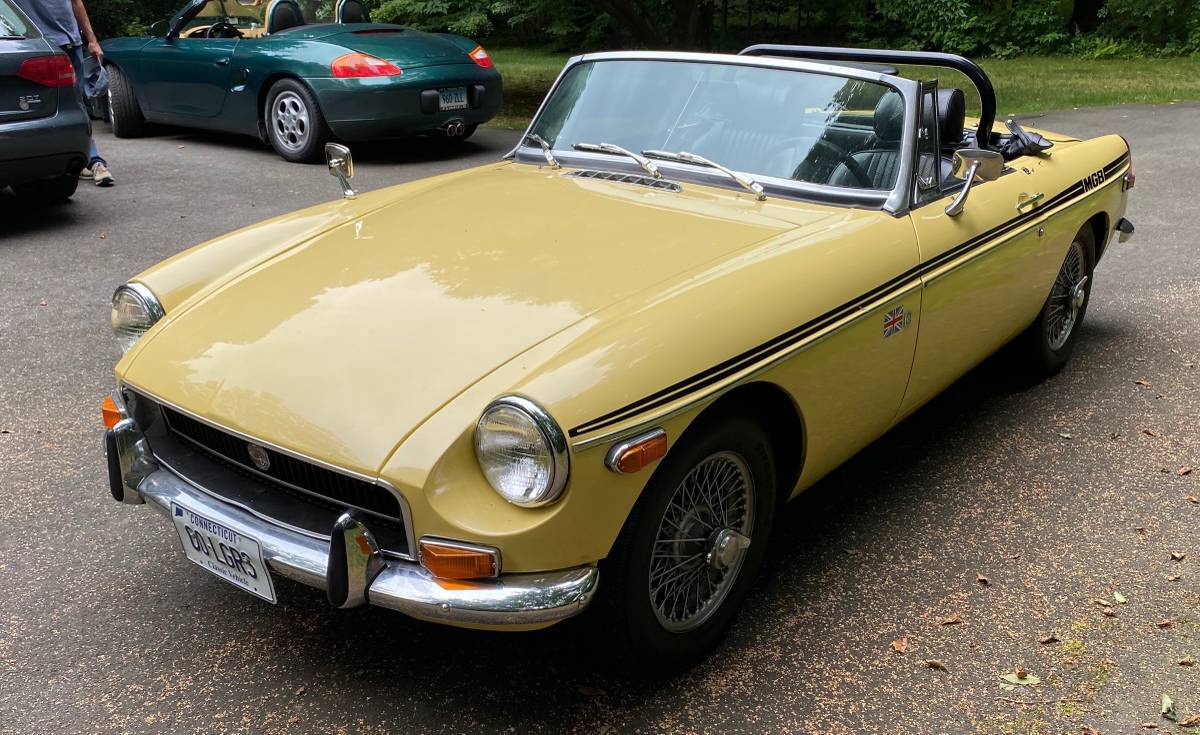 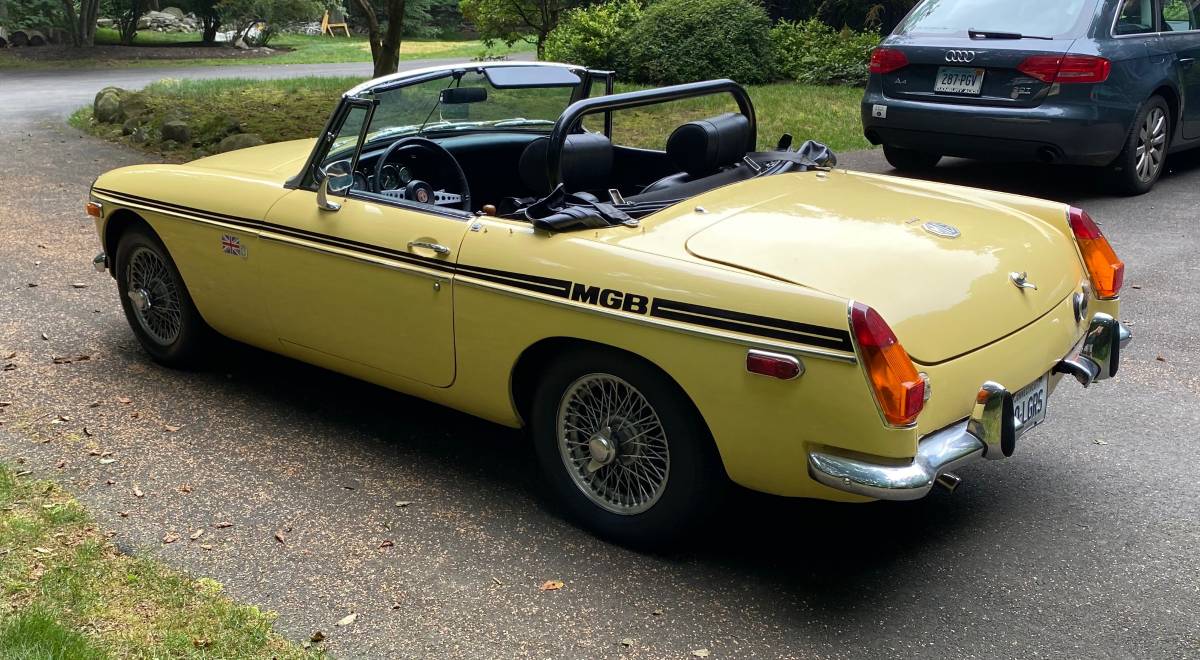 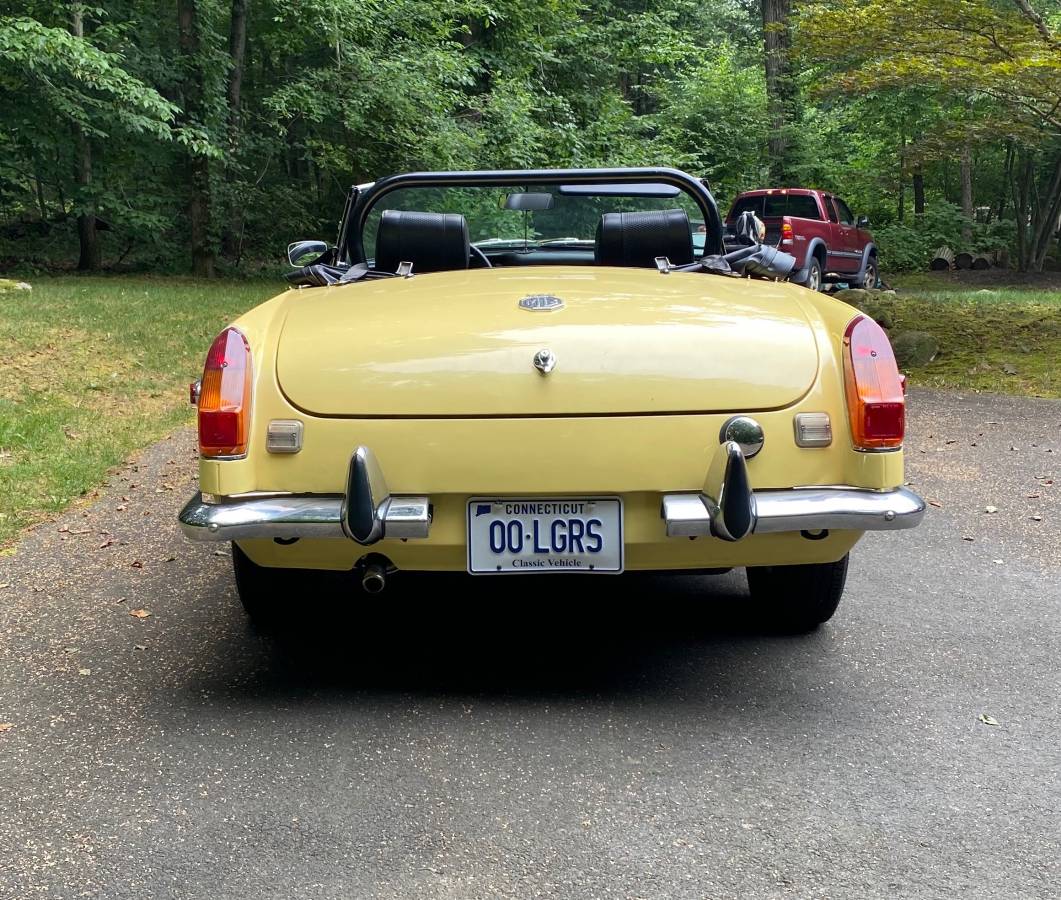 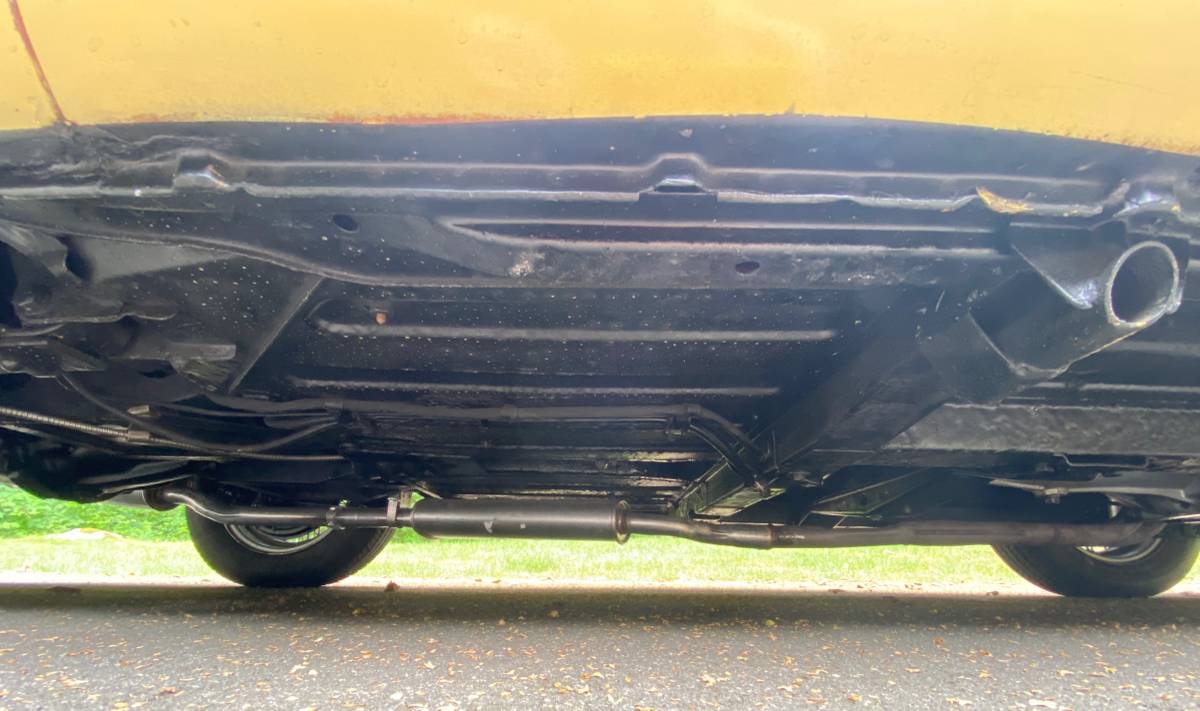 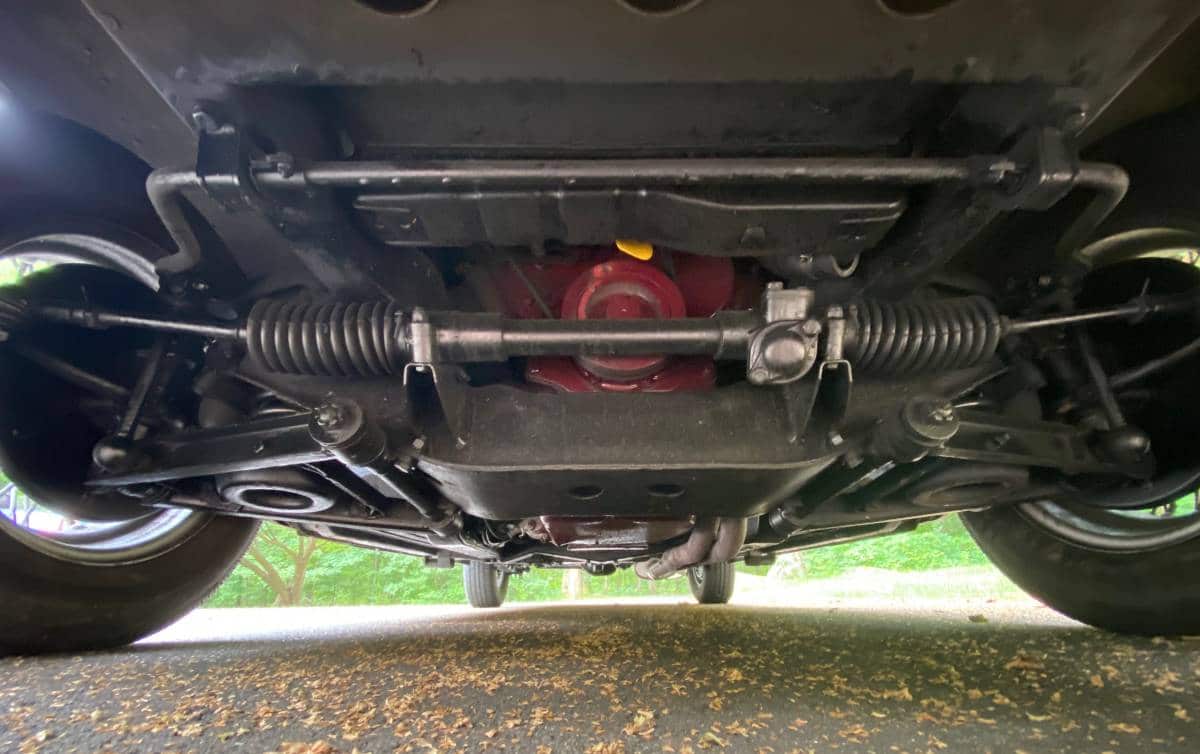 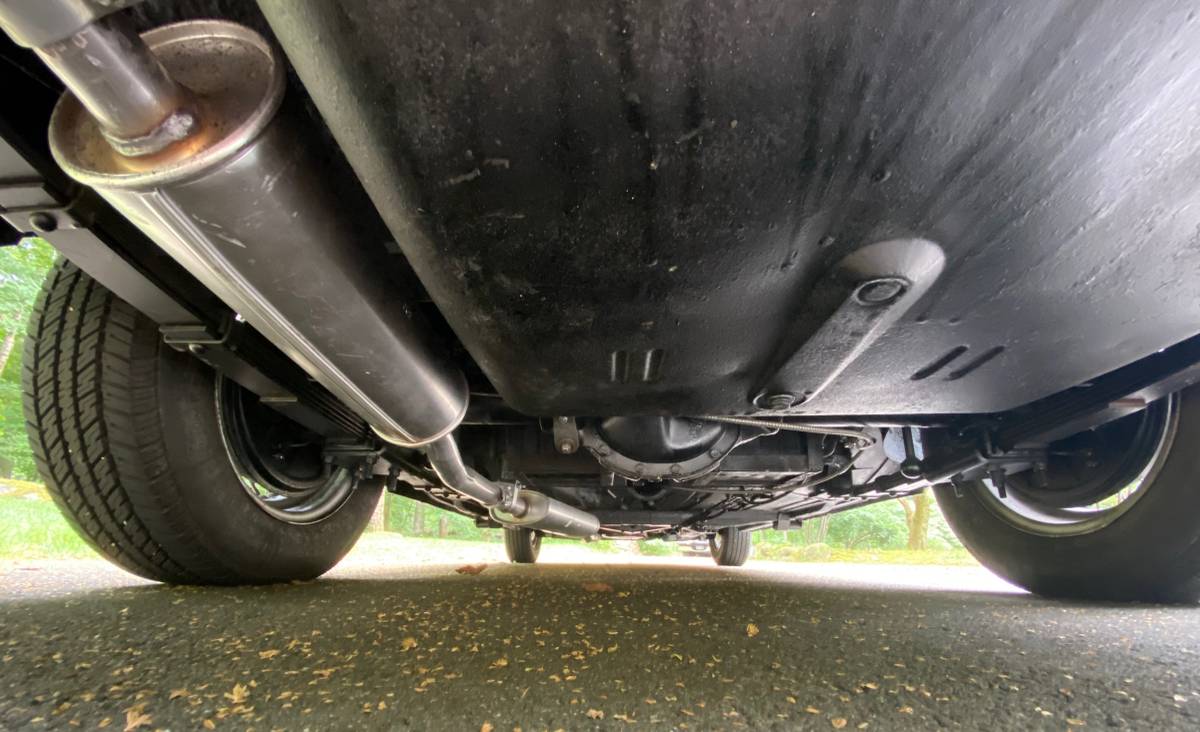 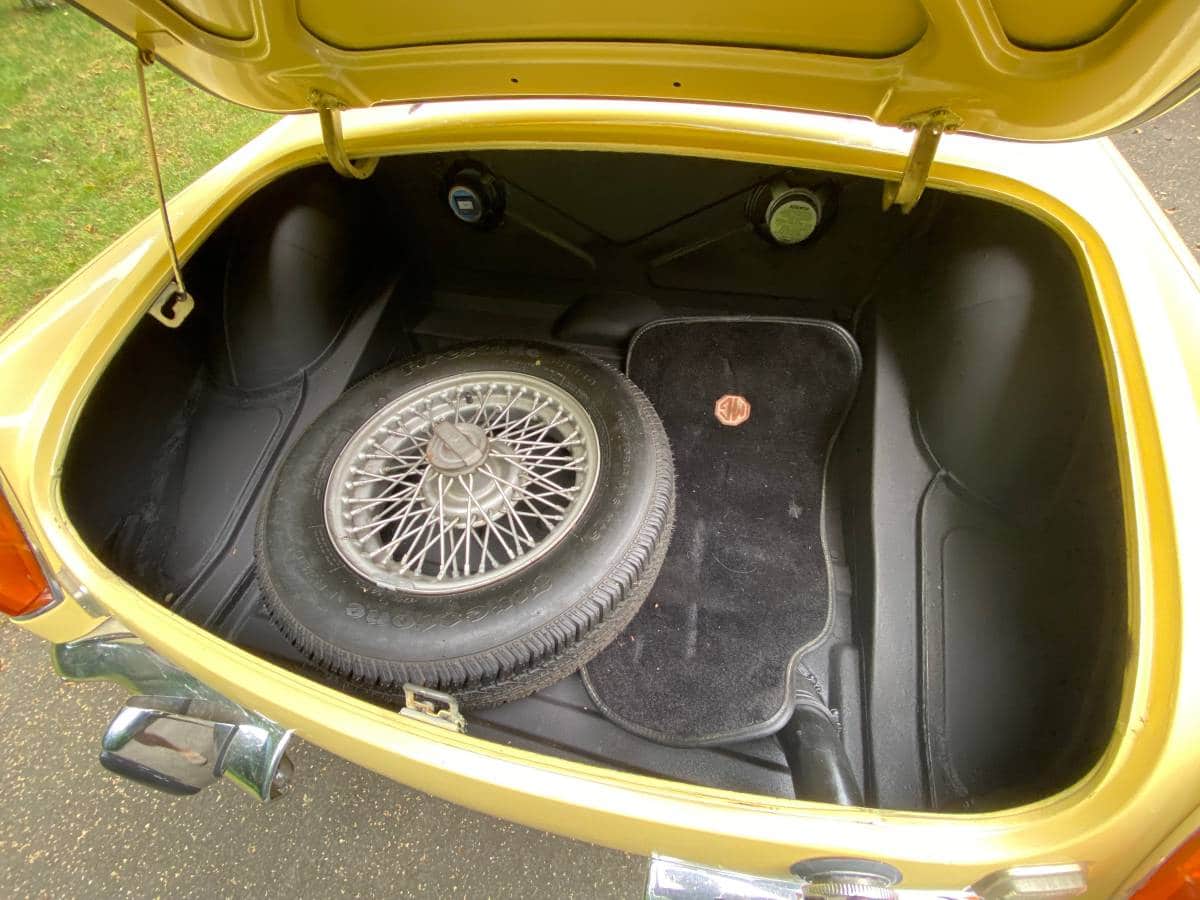 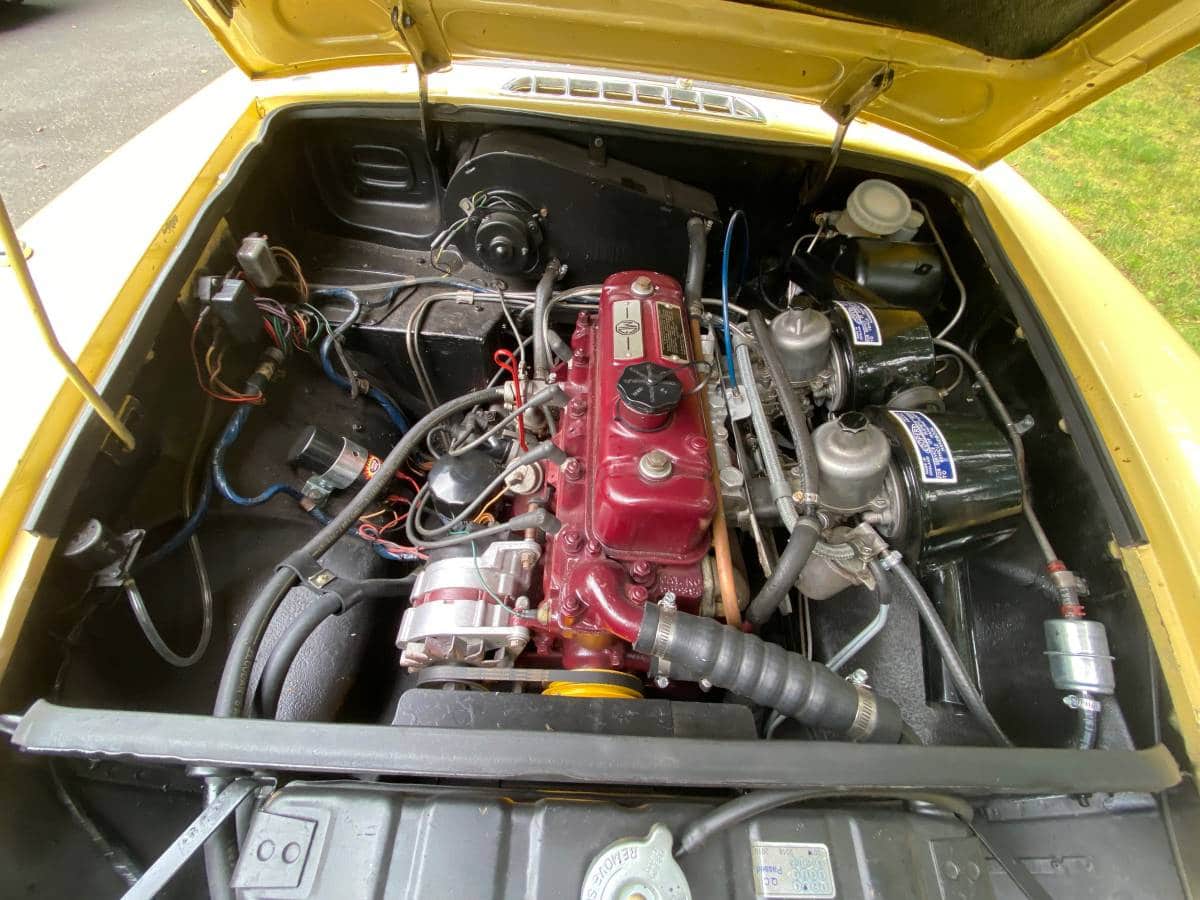 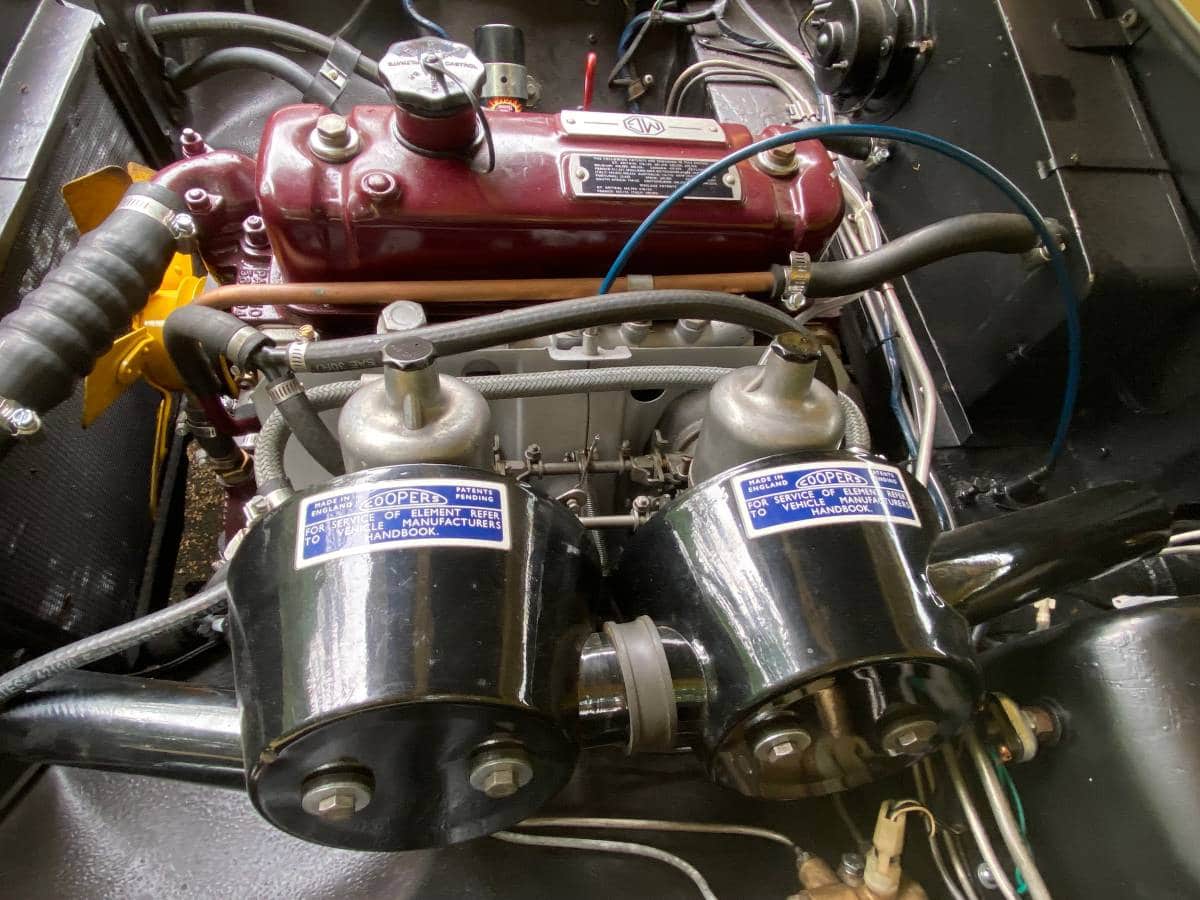 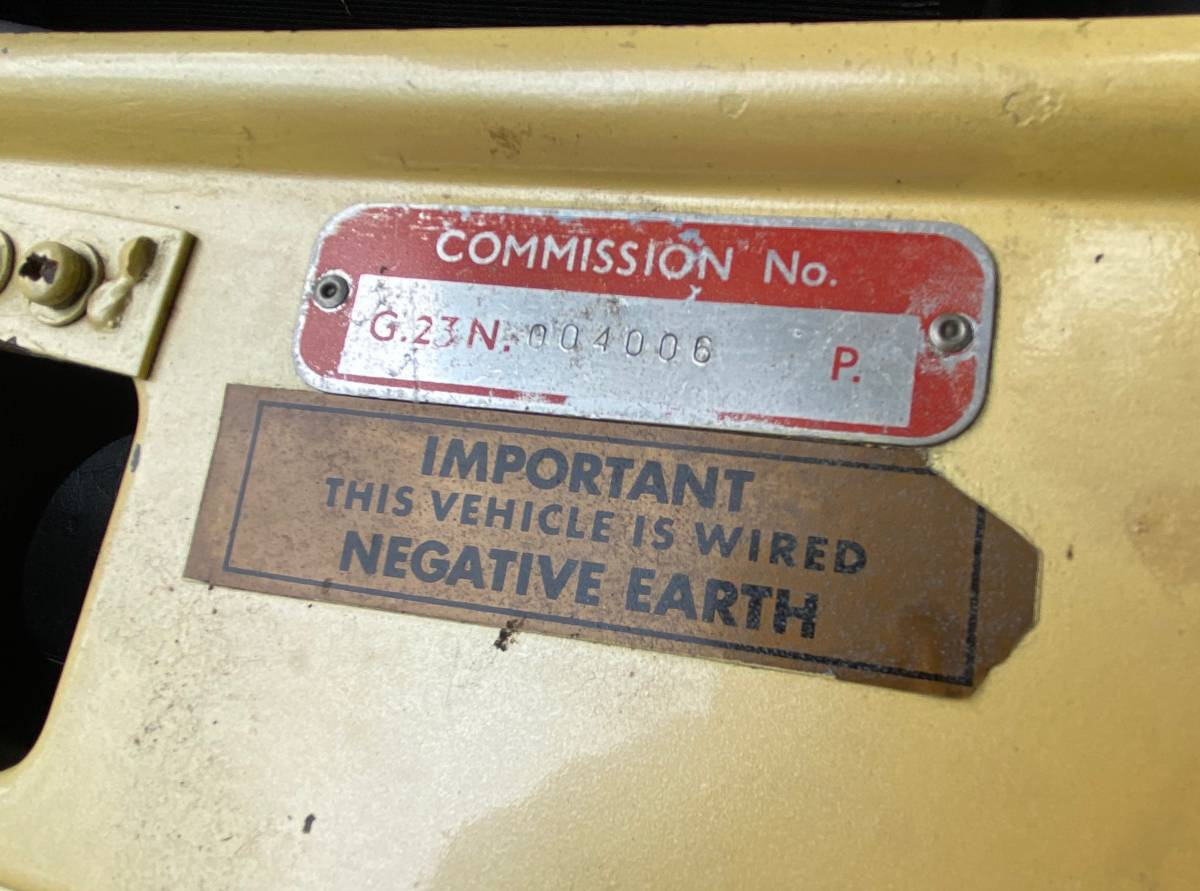 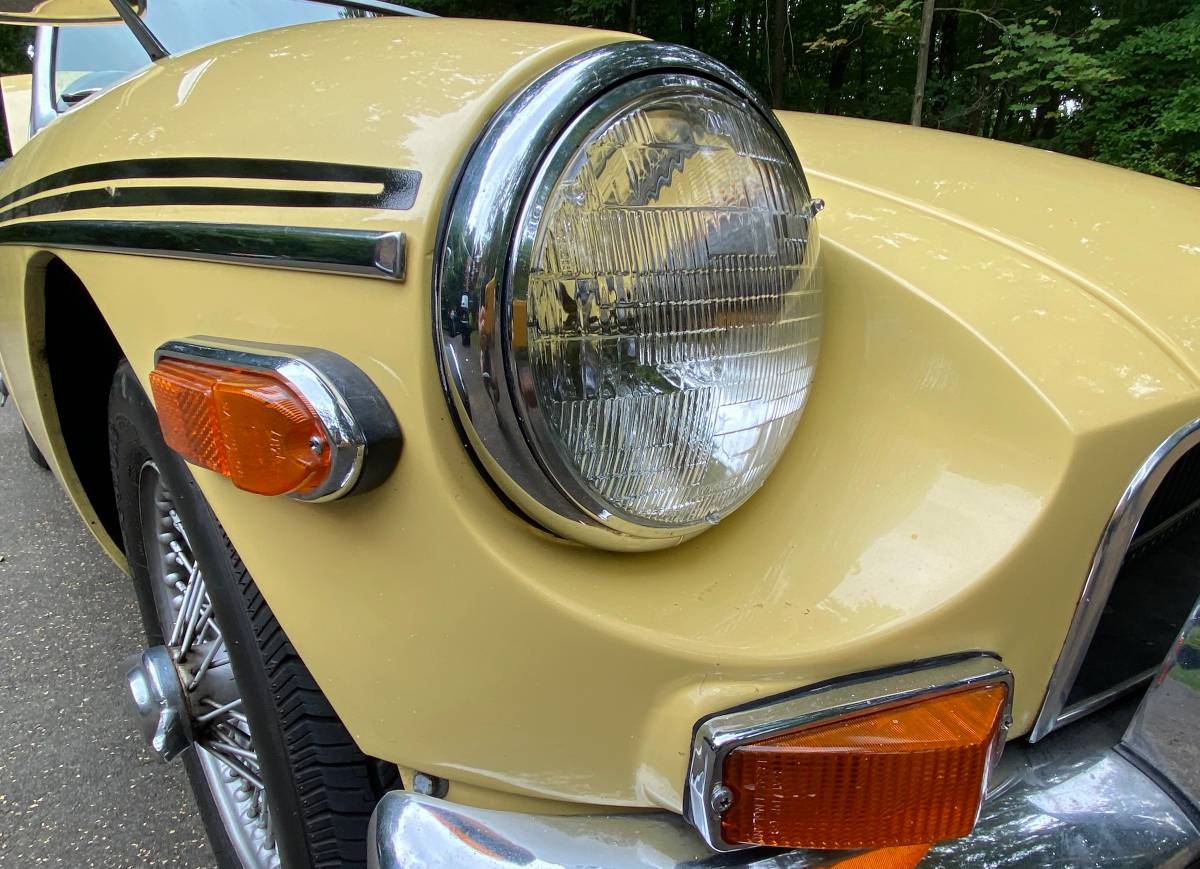 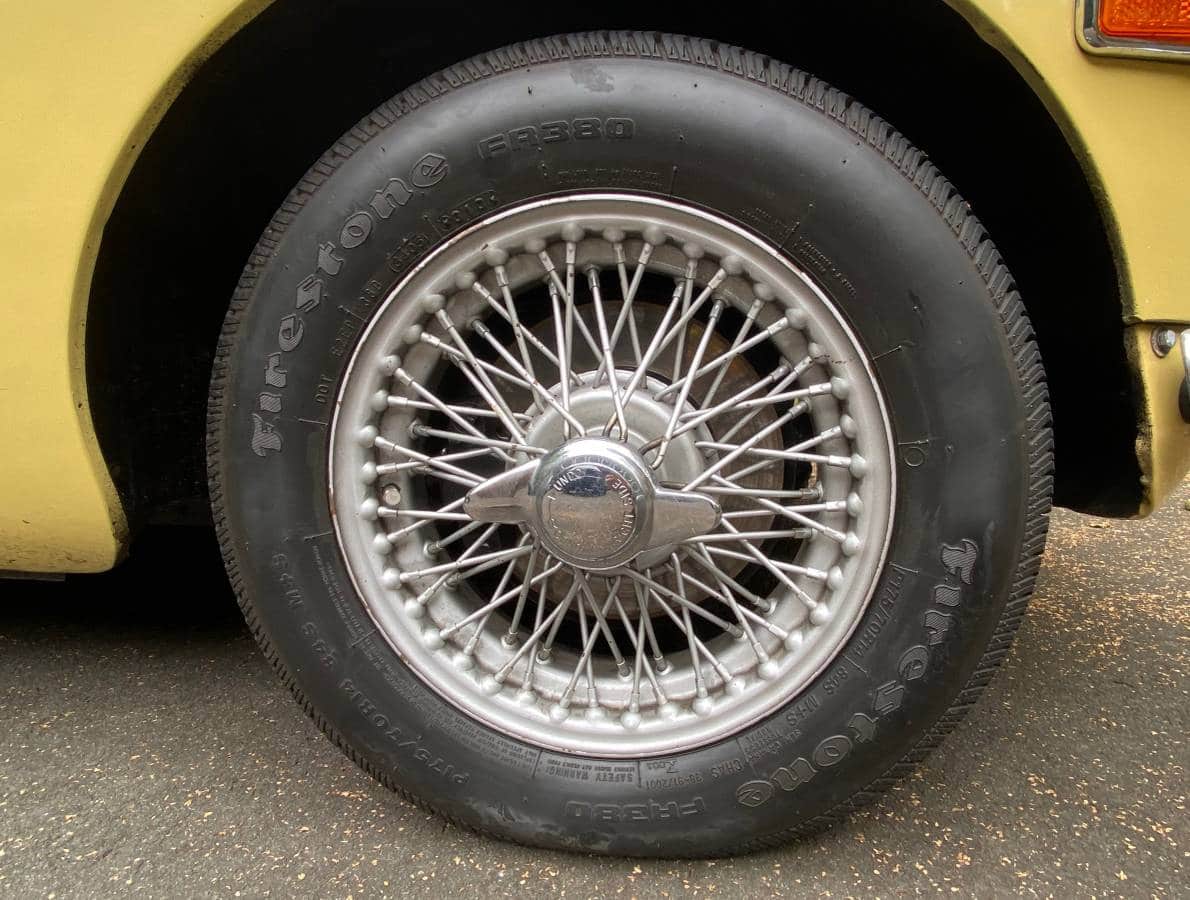 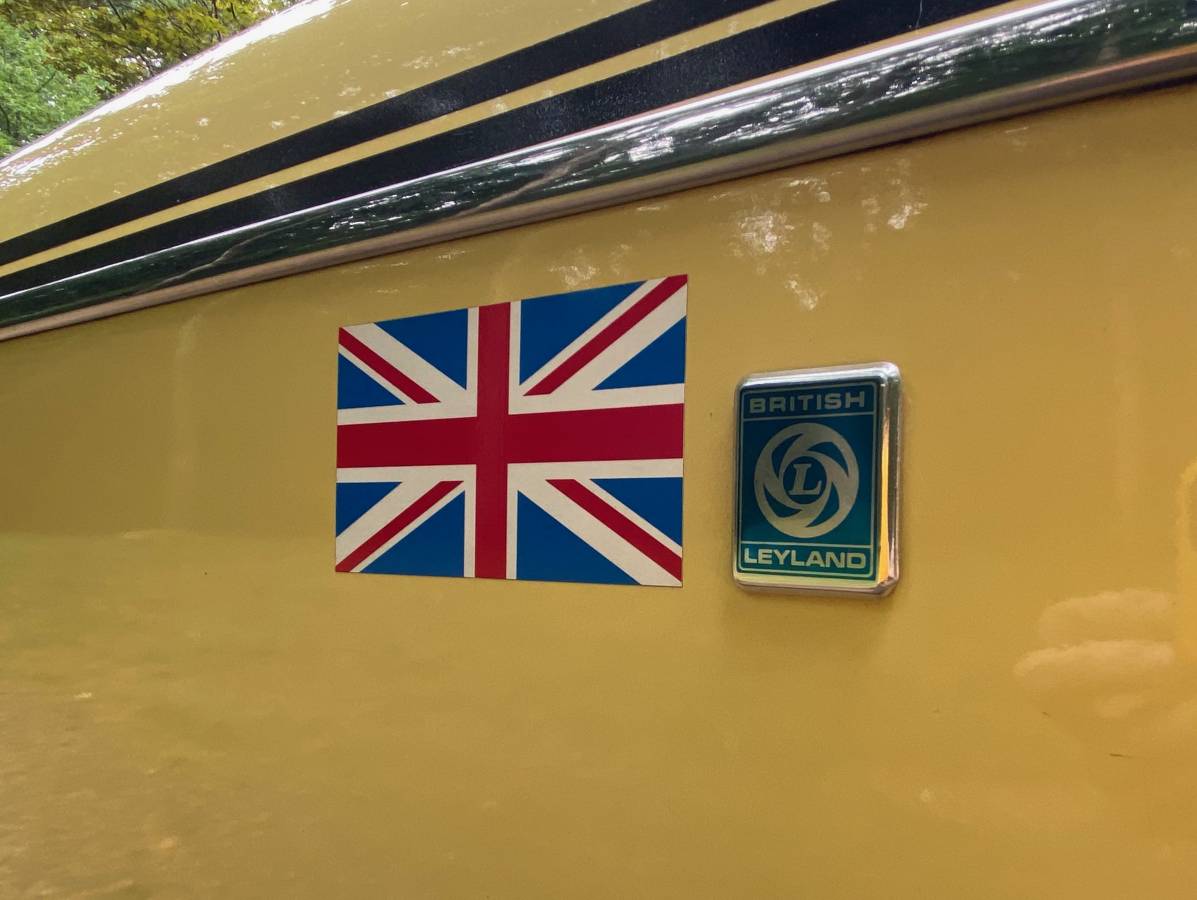 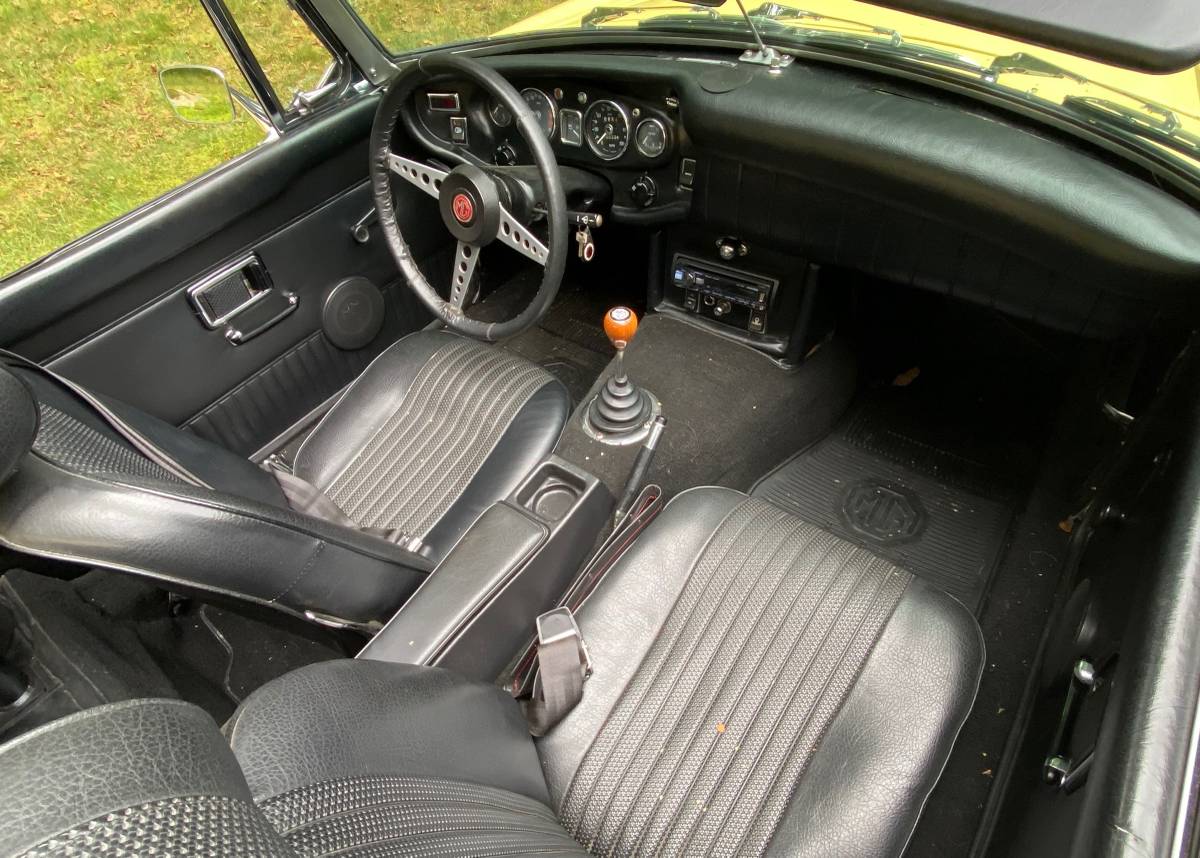 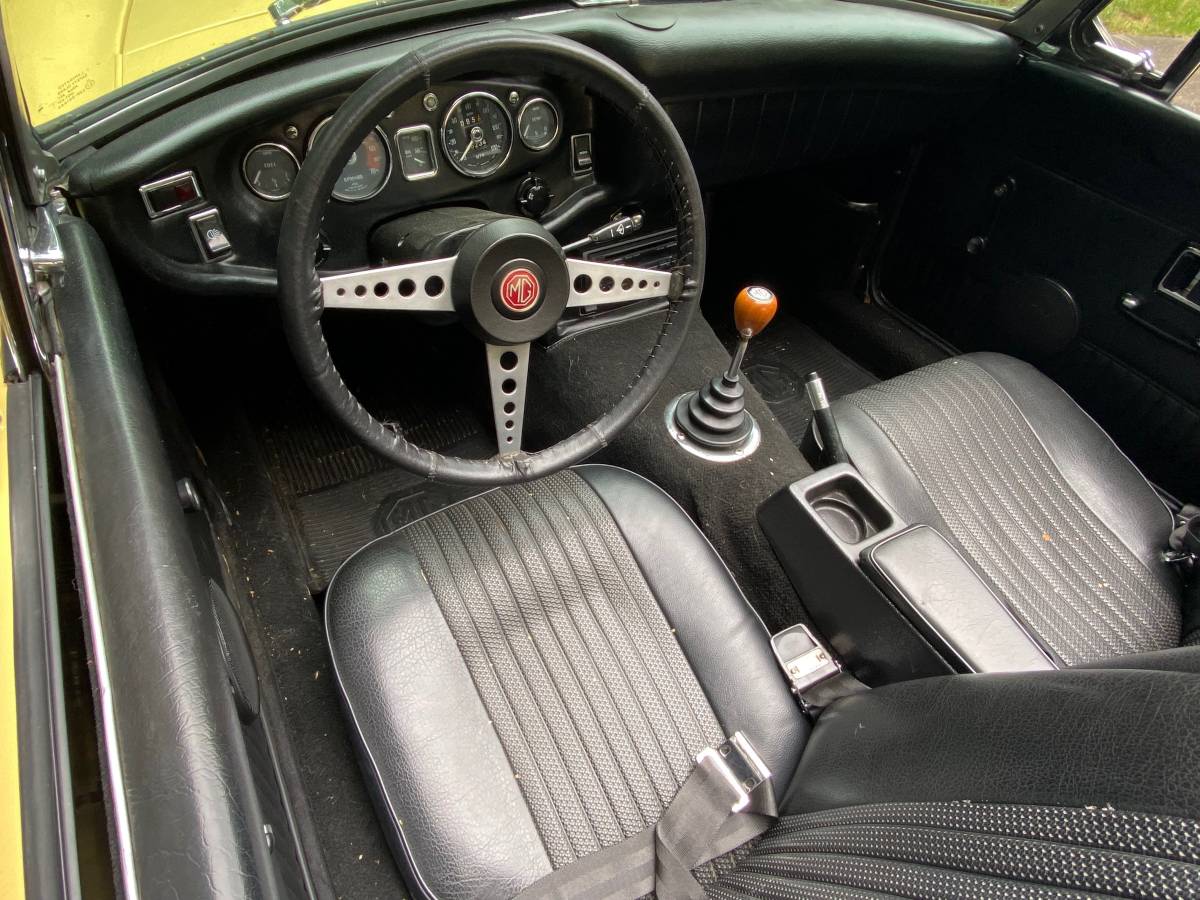 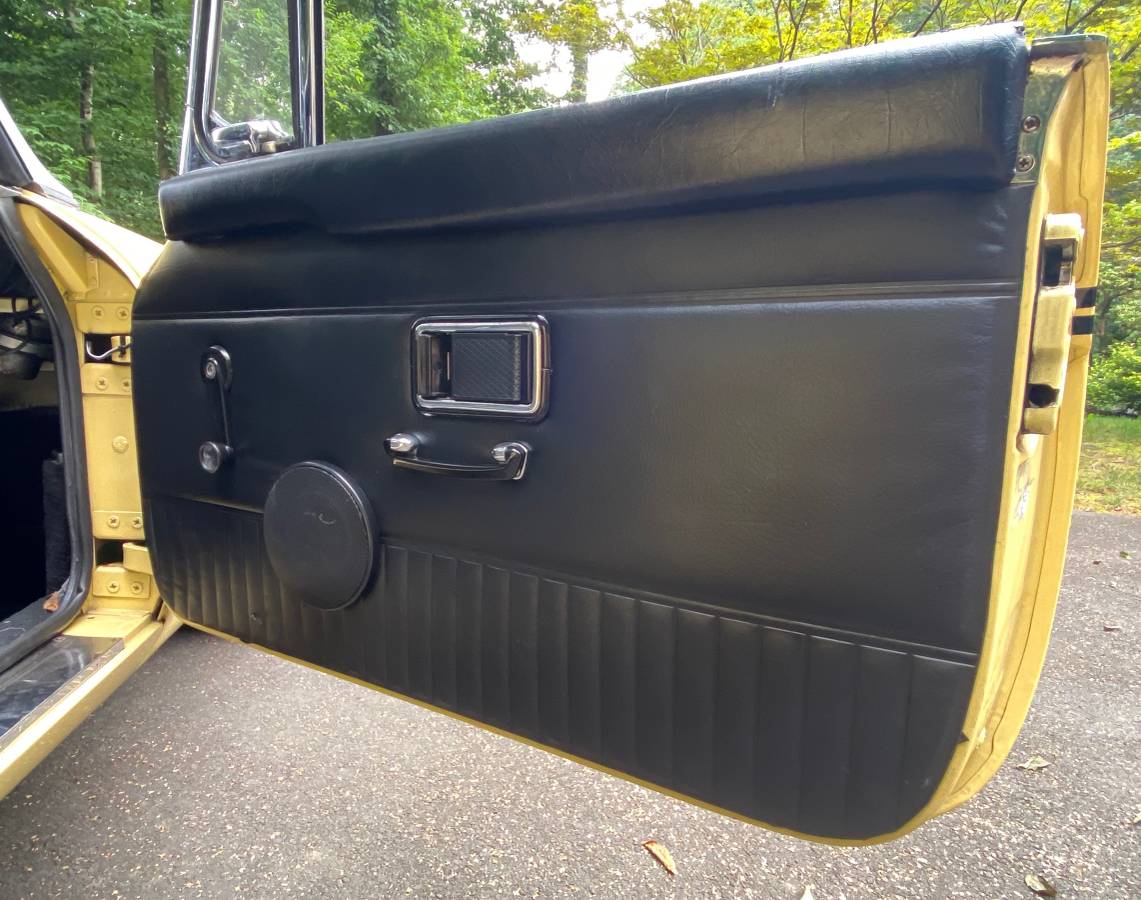 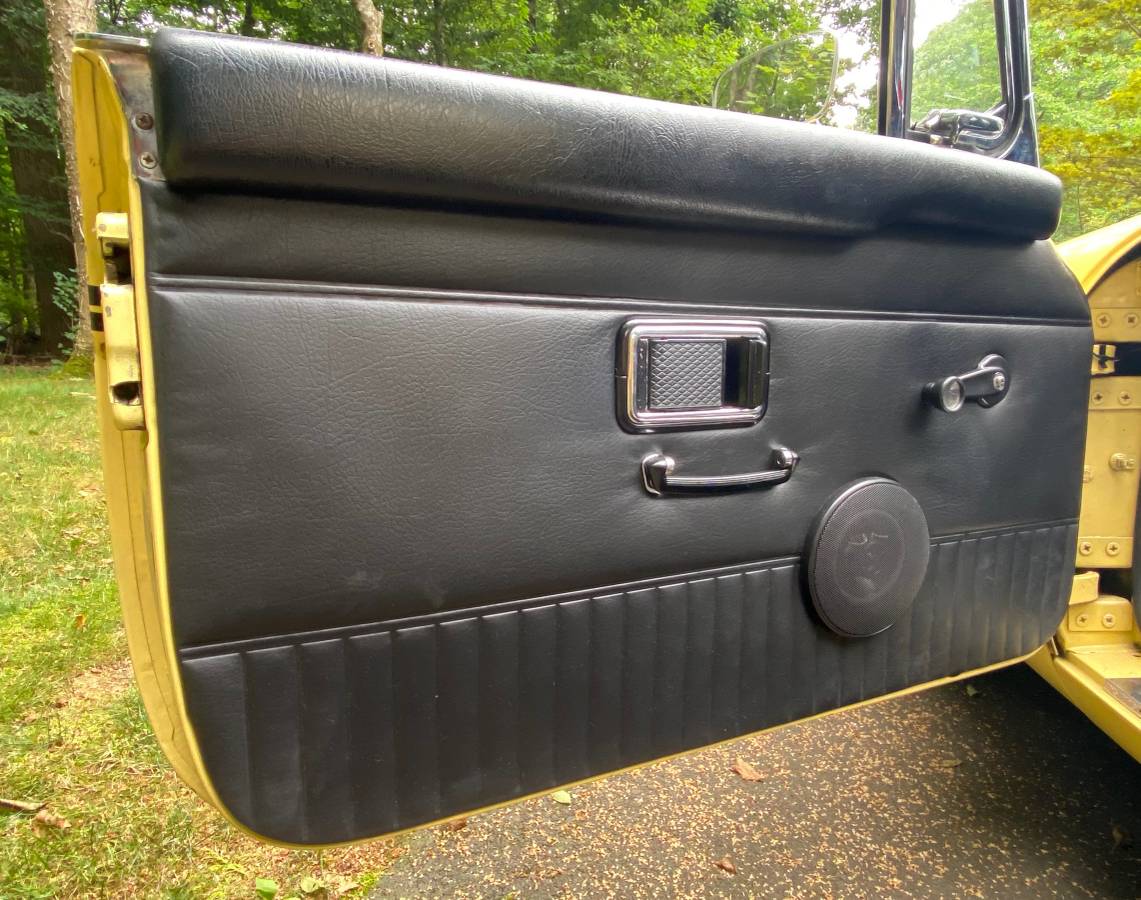 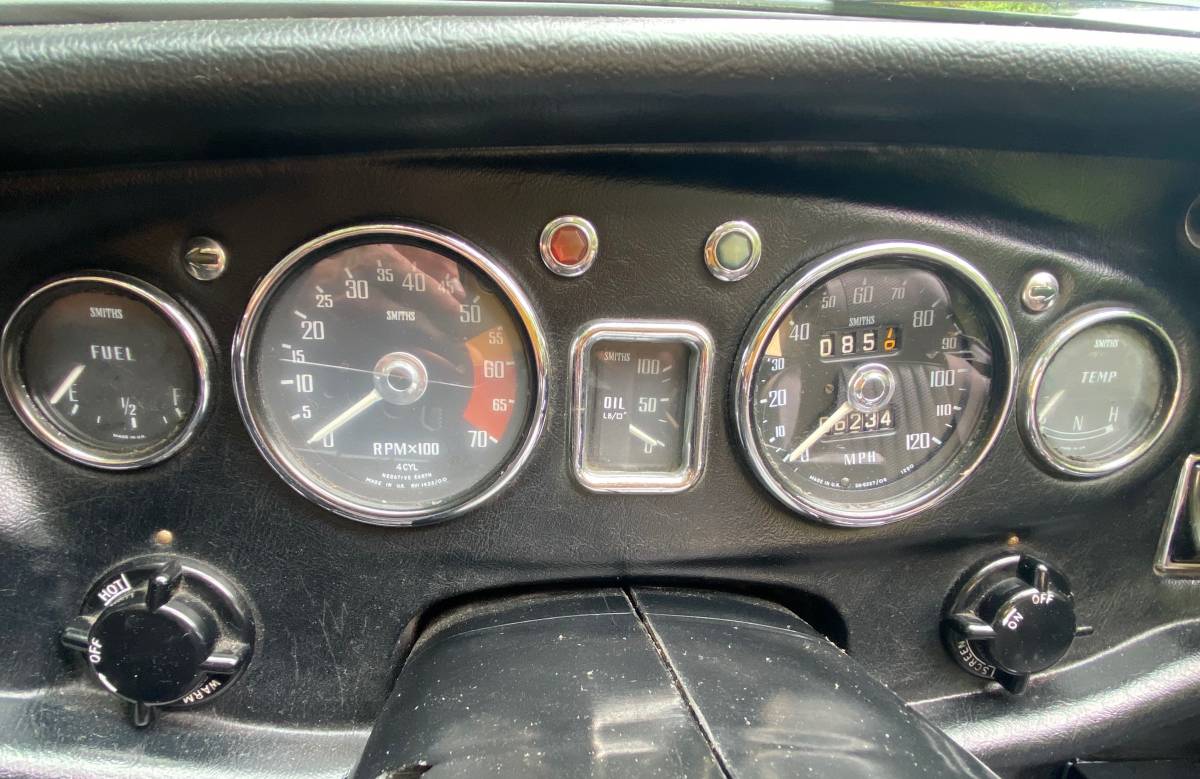 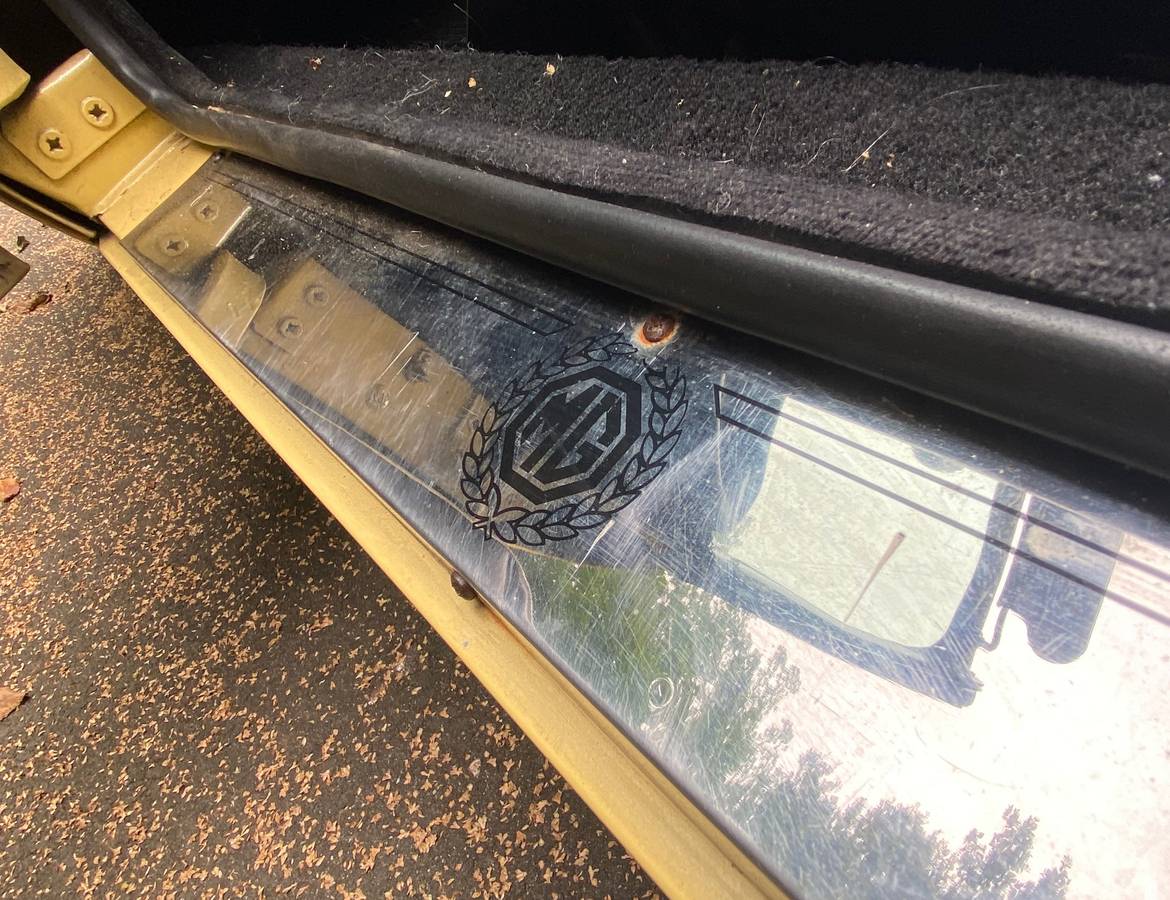 With prices for finely restored MGBs still well under $30,000, buying a fully restored one versus financing the recovery of a well-worn example is a money-losing proposition and should likely only be considered if the car has sentimental value.  A compelling argument against restoring an MGB is this yellow-over-black 1970 MkII originally listed in October 2021 on Craigslist in Redding, Connecticut.

Morris Garages (better known simply as “MG”) launched the roadster version of its iconic MGB in the fall of 1962.  A much more modern car than the MGA it replaced, the new ‘B featured then-innovative rigid monocoque body construction despite relying on carryover brakes and suspension parts from the prior car.  The switch away from body-on-frame construction provided the MGB with a roomier cockpit and more luggage space despite riding on a three-inch shorter wheelbase.  The MGB was also the first roadster version of an MG to feature exterior door handles and roll-up windows.  MG engineers continued using an upgraded version of the MGA’s powertrain. Specifically, they increased the engine’s displacement to 1800 cc’s while the four-speed manual transmission could now be fitted with an optional electrically activated overdrive transmission.

In late 1967, sufficient changes were introduced for the factory to define a Mark II model for the 1968 model year. Changes included synchromesh on all four gears with revised ratios, a new rear axle, and an alternator in place of the dynamo with a change to a negative earth system. To accommodate the new gearboxes there were significant changes to the sheet metal in the floorplan that featured a new flat-topped transmission tunnel.

To meet US safety regulations for the 1968 model year, the MGB received a plastic and foam rubber-covered “safety” dashboard, dubbed the “Abingdon pillow”, and dual circuit brakes. Other markets continued with the steel dashboard. Additional safety features added for 1969 included three windscreen wipers instead of two to sweep the required percentage of the glass, high seat backs with head restraints, and side marker lamps.  In North America, 1970 saw split rear bumpers with the license plate set between each. Unfortunately, MG’s merger with British Motor Corporation (“BMC”) in 1968 to form British Leyland Corporation proved to be very bad for the brand as the new company focused its new development efforts on Triumphs while they left the MGB to die a slow death through 1980.

The British car review TV show Men & Motors features this video of a number of MG owners providing their perspective about these iconic British sports cars:

We love the color combination, the subtle light silver front stripe, the wire wheels, and the nicely detailed undercarriage.

“Restored/refurbished 1970 MGB. Most of the work was completed less than 2000 miles ago. The five-digit odometer recently rolled over to 106,000 but you’d never know the difference. Pics tell the story (more available). All work was documented and performed by a British car specialist in the area. The car runs and drives perfectly. Located in Redding, CT. Any questions, please email. Thanks.”

Show or go: what would you do with this restored 1970 MG MGB?  Comment below and let us know!