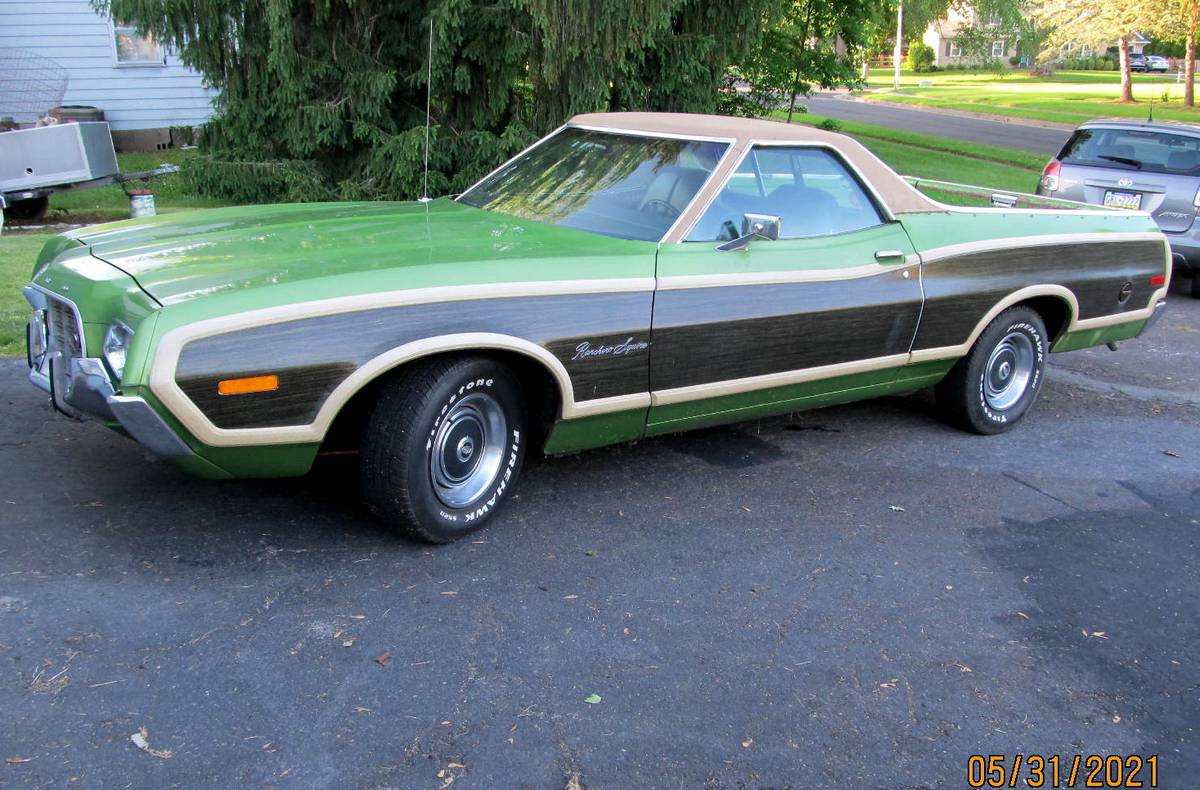 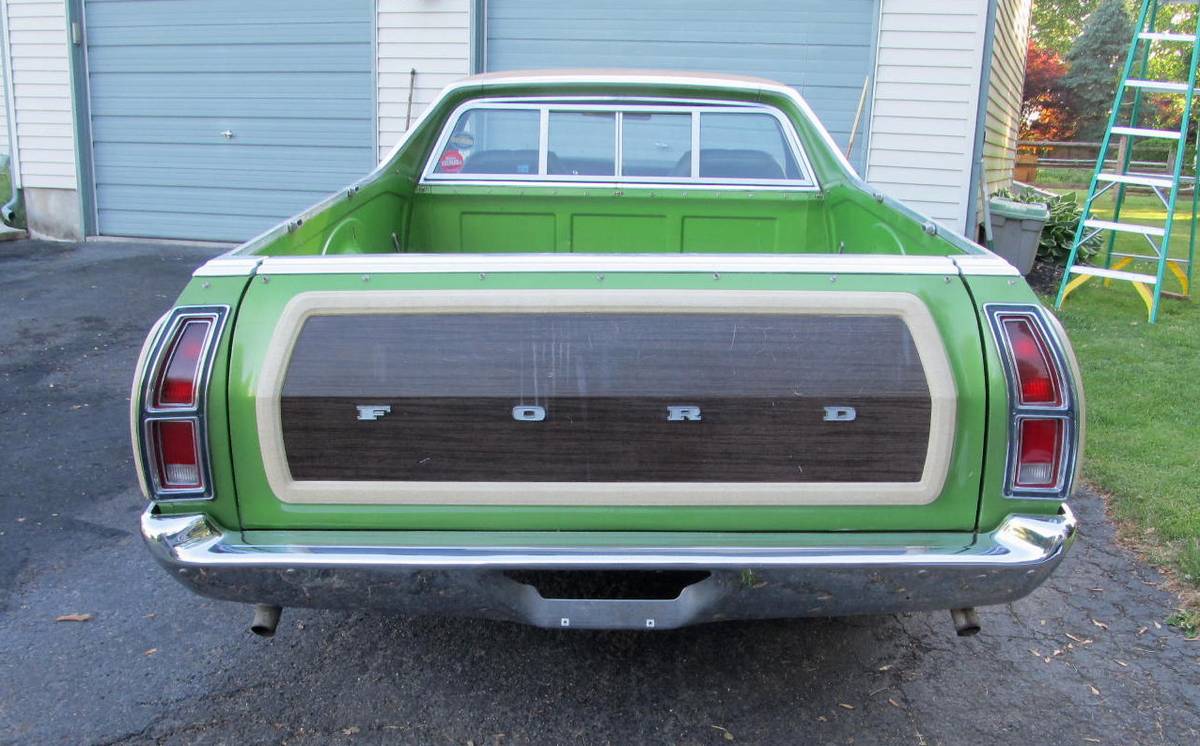 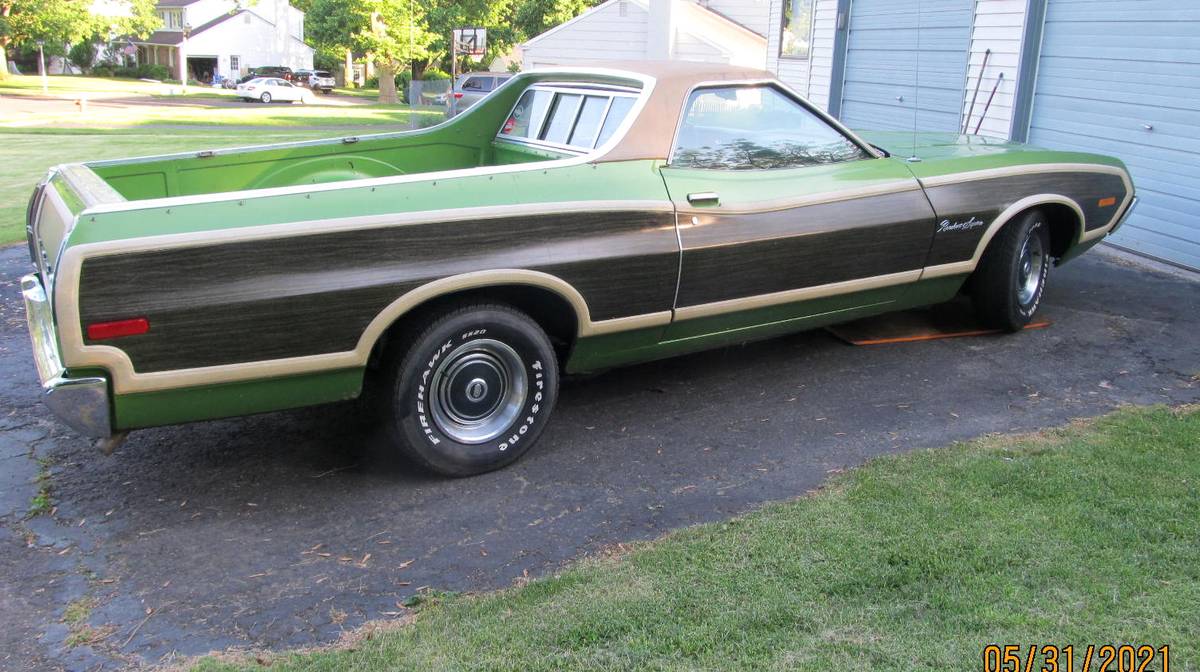 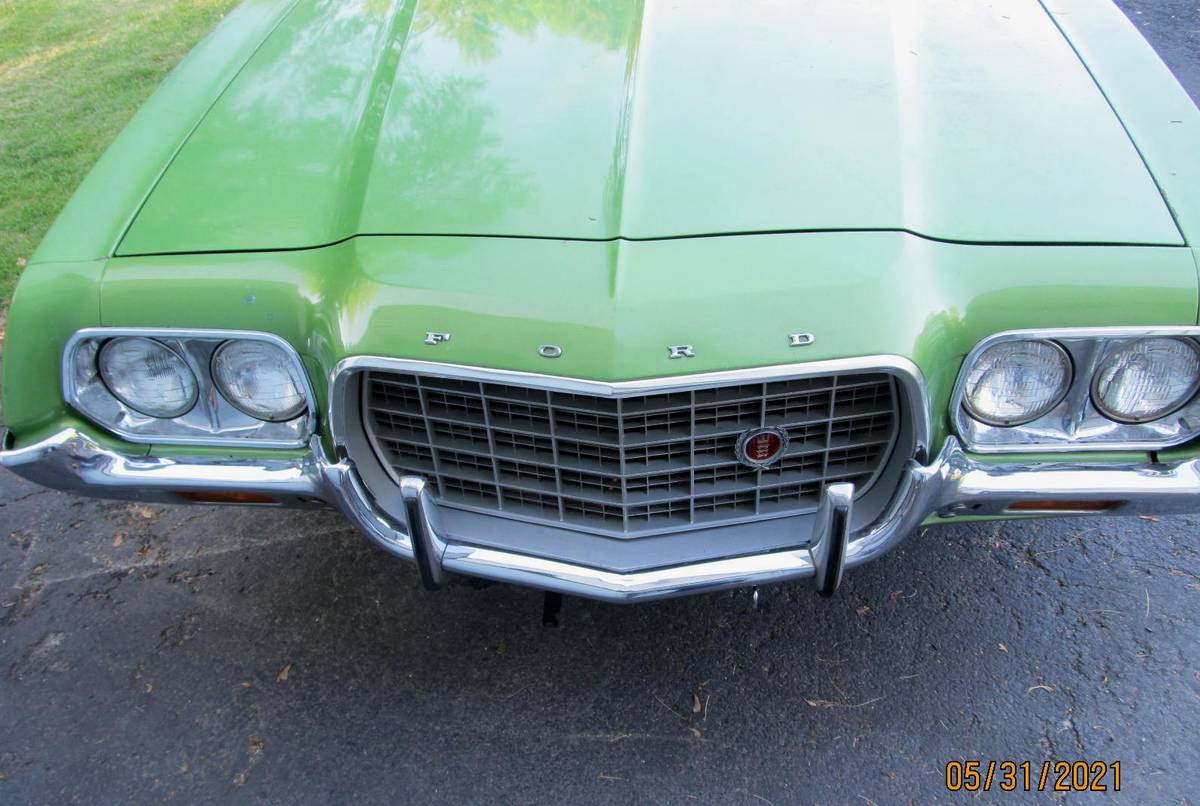 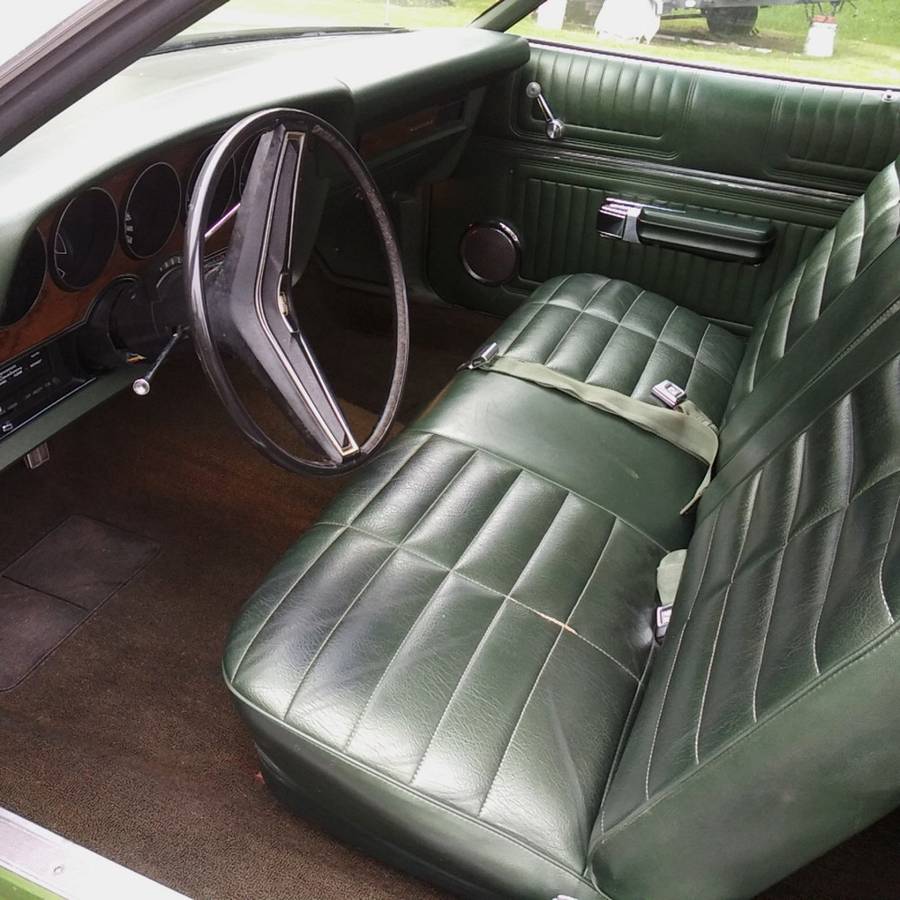 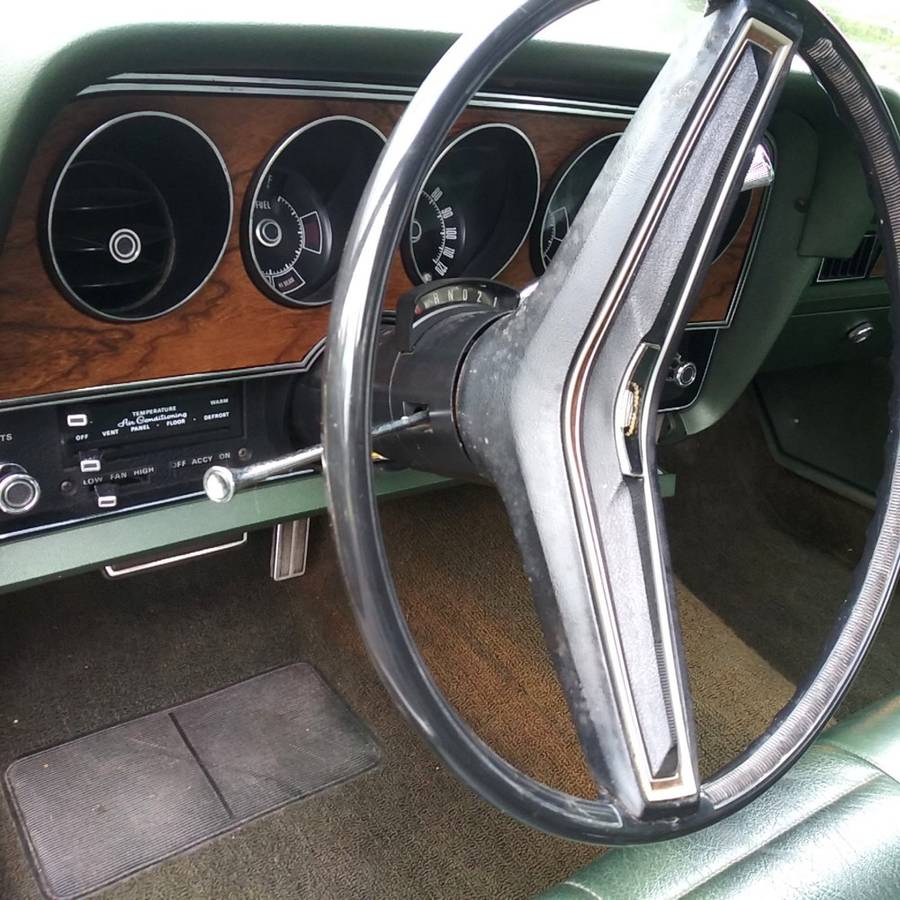 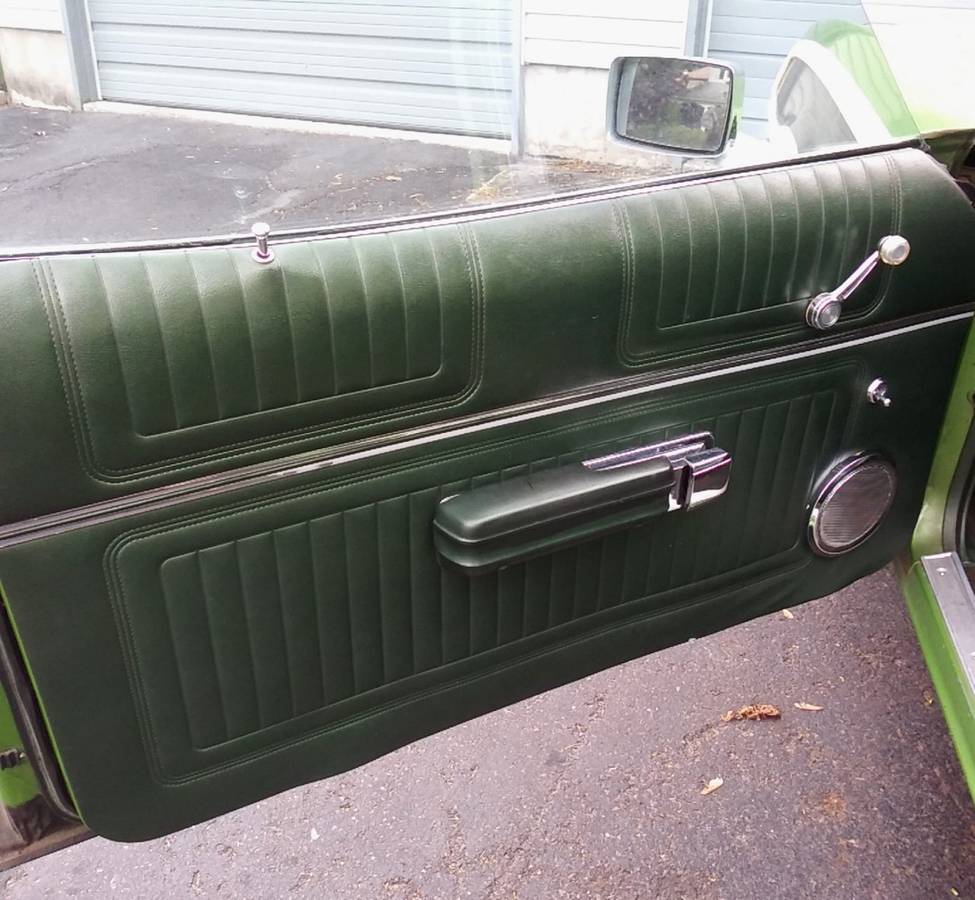 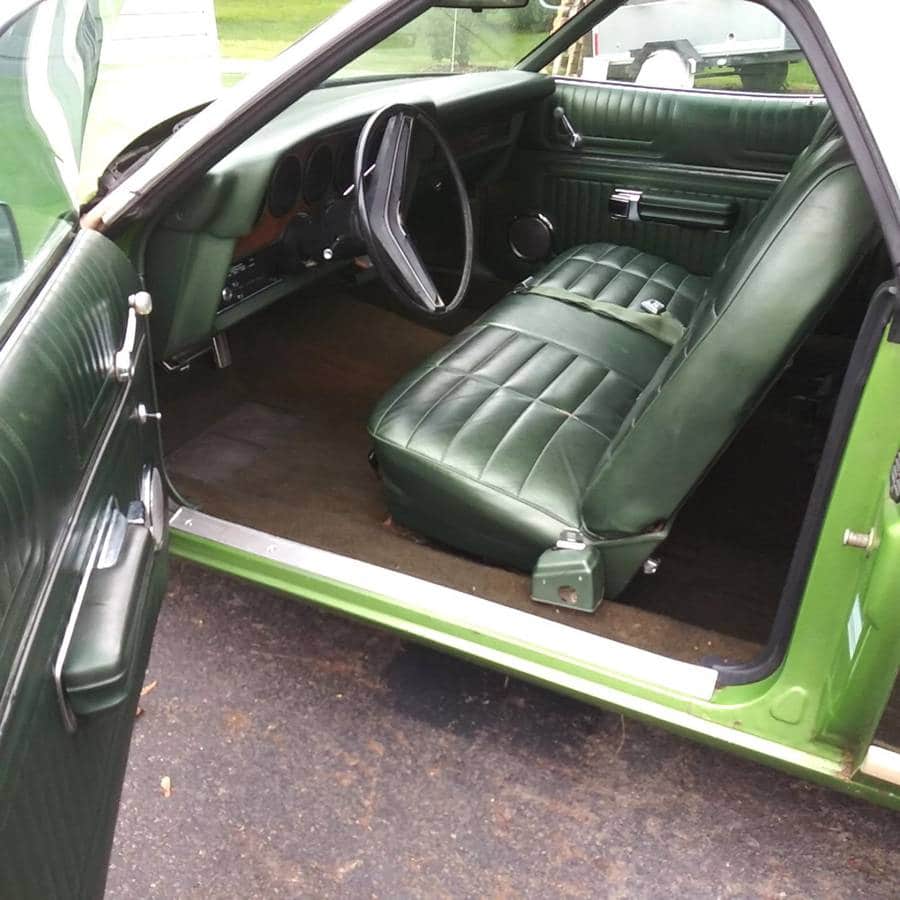 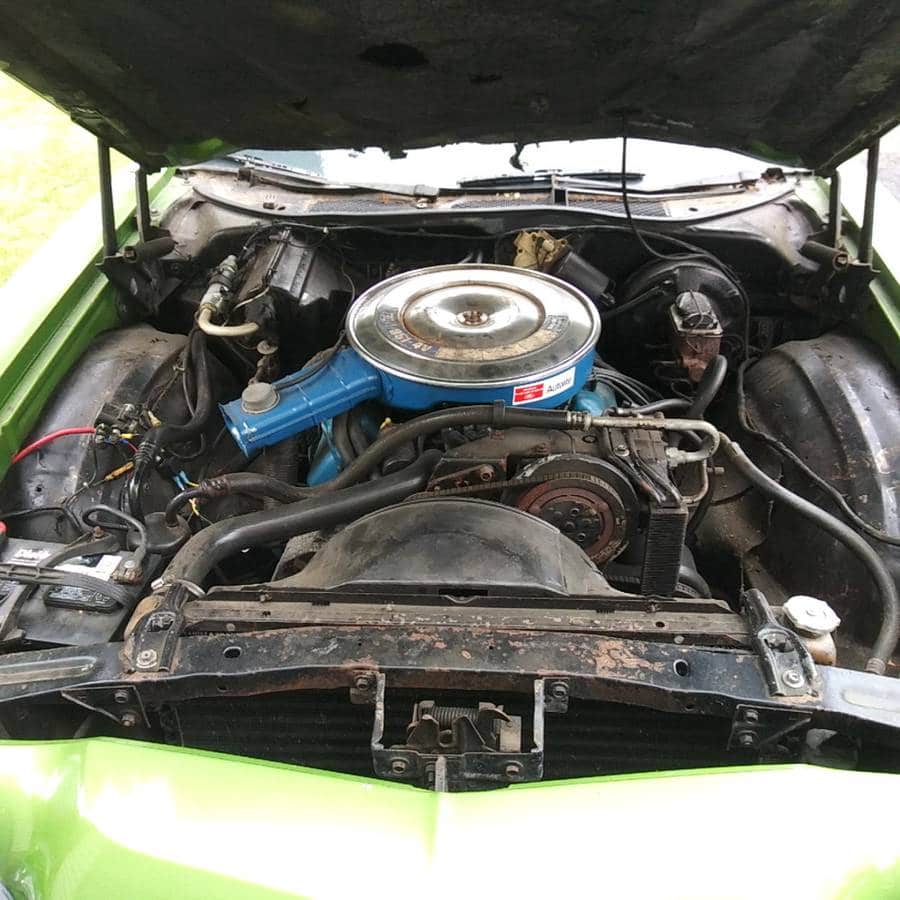 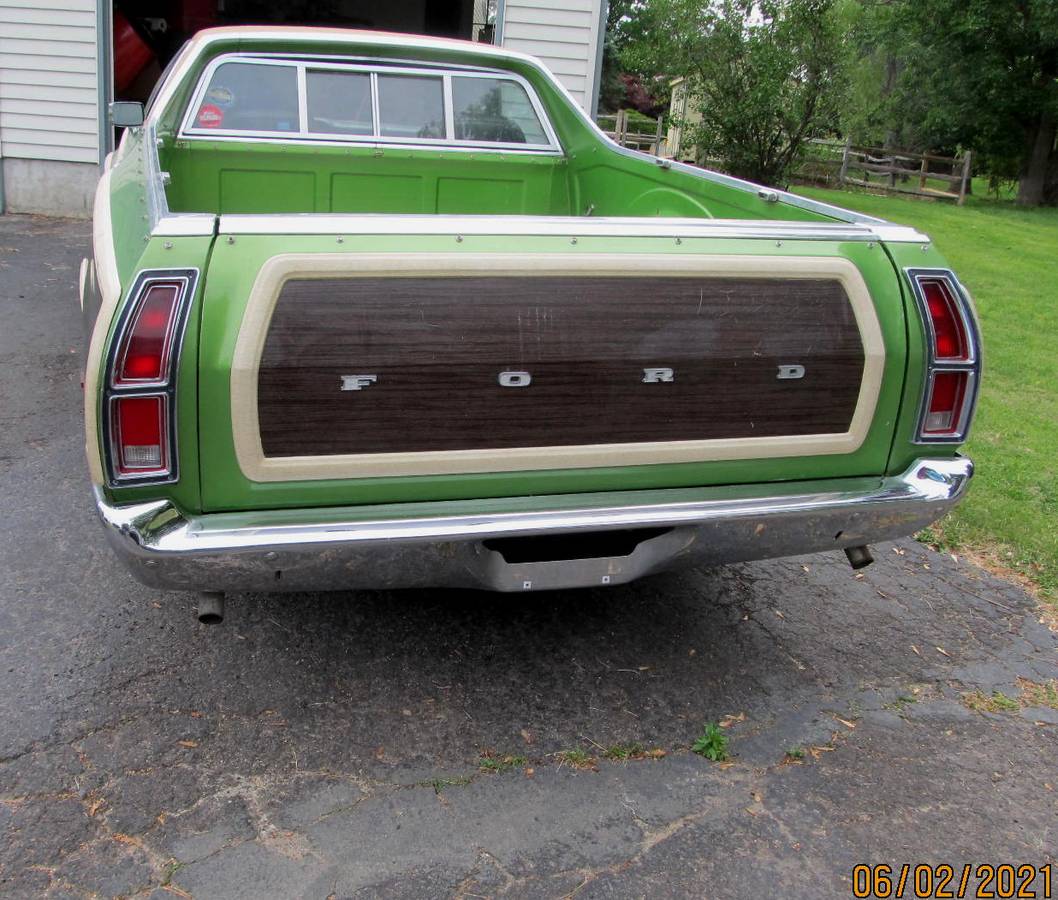 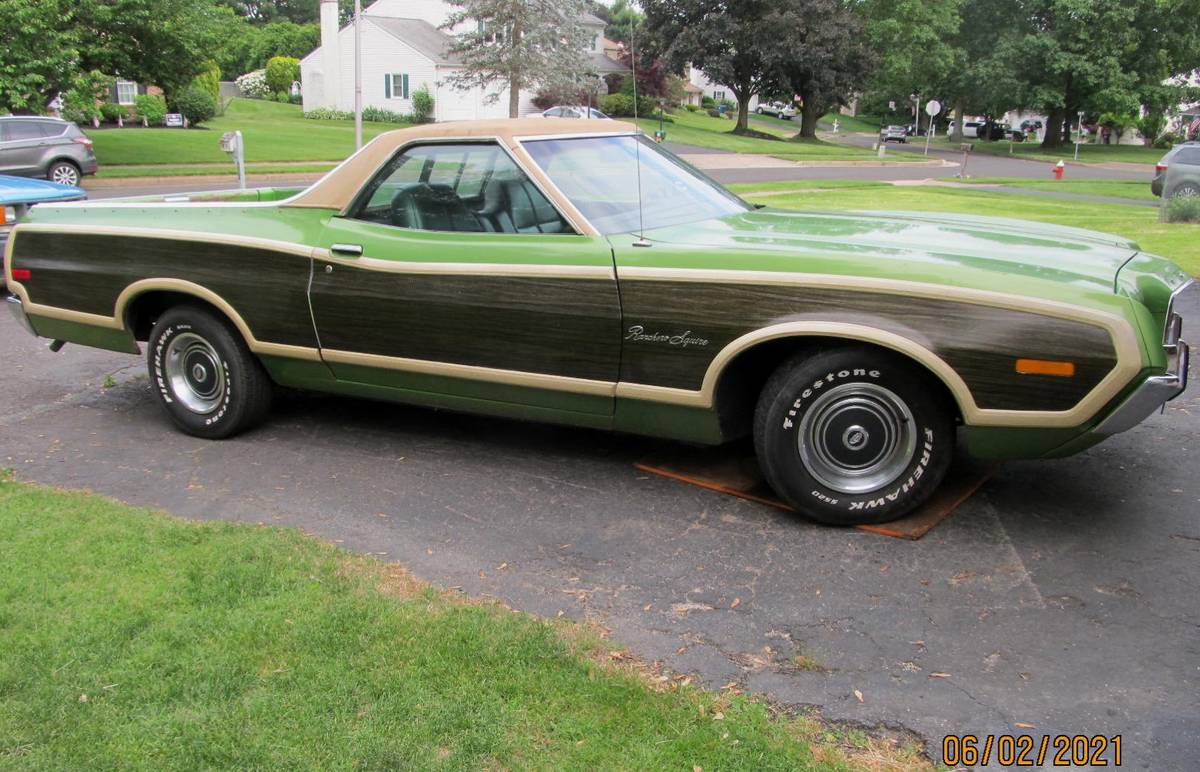 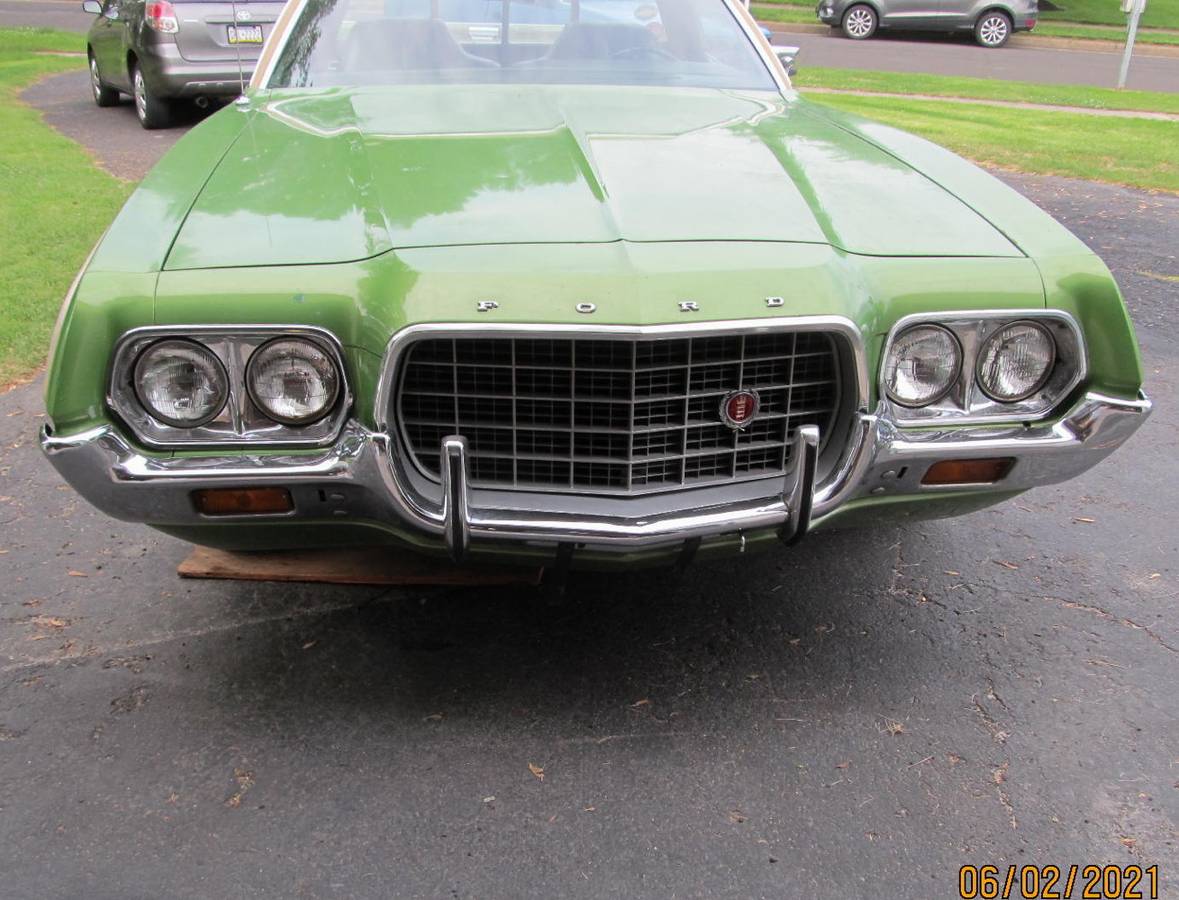 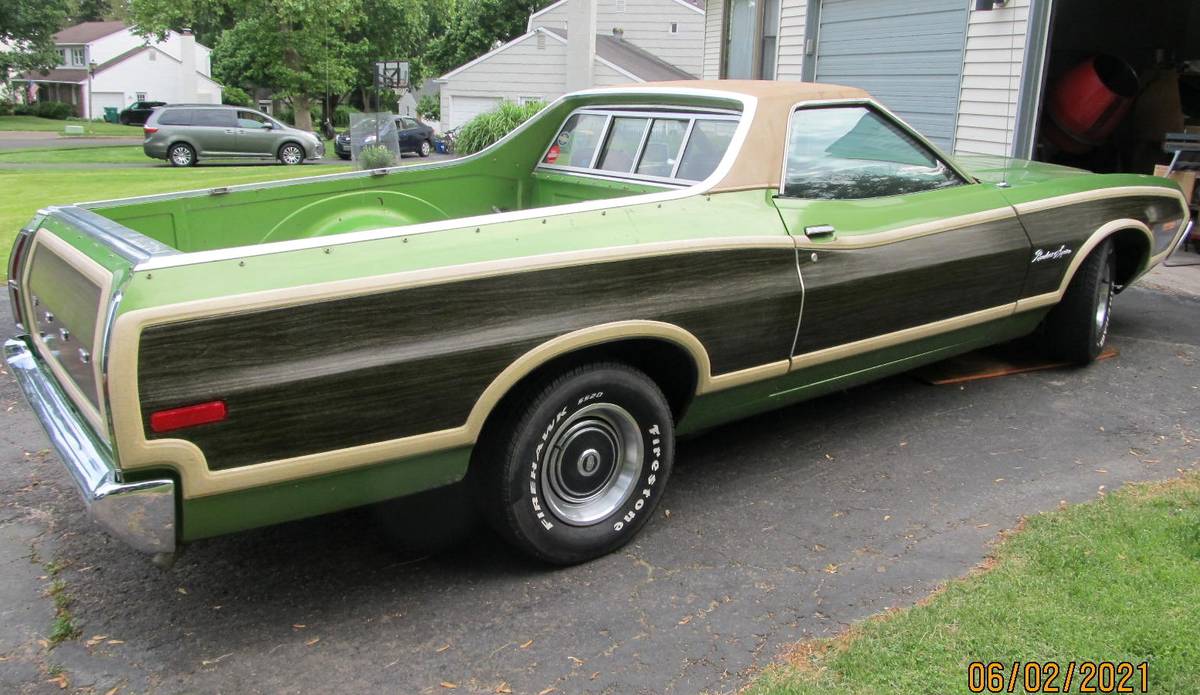 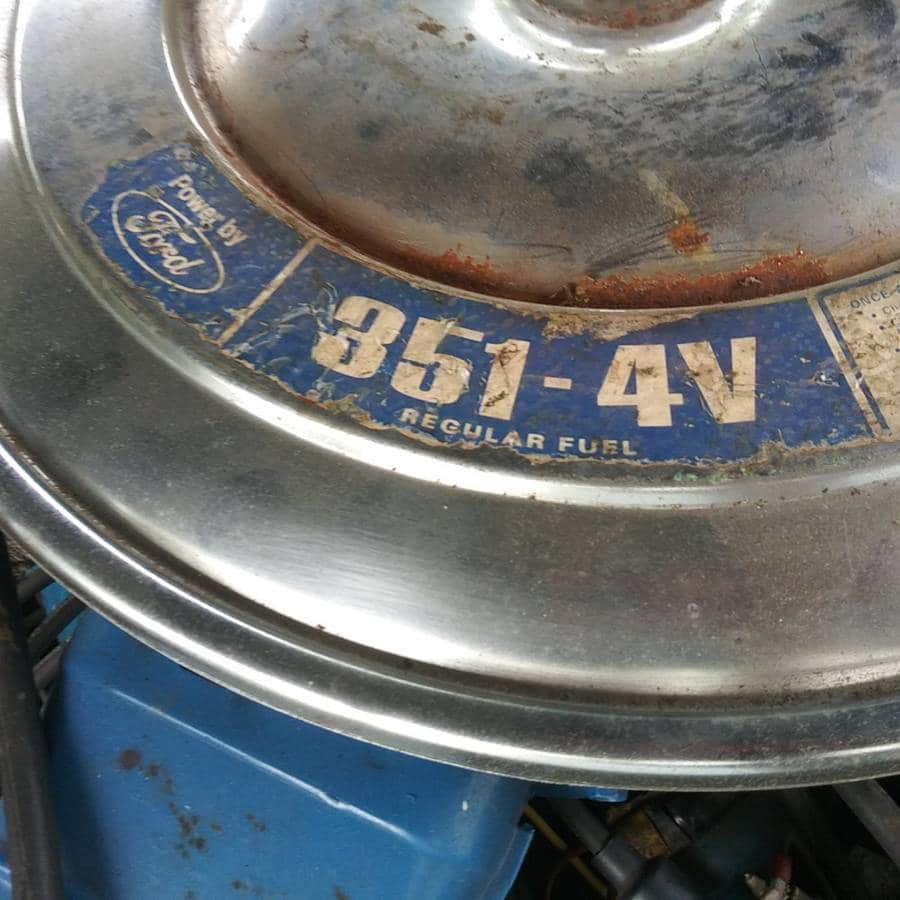 What happens when Ford designers decide to merge styling elements from the company’s iconic Country Squire wagon with its car-based UTE? You wind up with a vinyl-topped and woodgrain-sided 1972 Ford Ranchero Squire like the one originally listed in November 2021 on Craigslist in Newtown, Pennsylvania (Philadelphia). Featuring factory A/C and the desirable 351 cubic inch “Cleveland” V*, the current caretaker for the past thirteen years reports a repaint of the car years ago changed from the original medium green metallic to this less desirable shade of Lime.

In 1972, Ford designers radically changed the Torino and Ranchero lines. The sleek, pointy look of the previous year’s model was replaced with a larger, heavier design. Most prominent was a wide semioval grille reminiscent of a jet intake and a new body-on-frame design. Three models were still available; the now-standard 500, the new Squire with simulated woodgrain “paneling” along the flanks, and the sporty GT. Engine choices remained basically the same beginning with the 250 cubic-inch six-cylinder and a selection of V8s that ranged from the standard 302 to Cleveland and Windsor series 351s, plus the new-for-1972 400. The 385-series V8 (the 429 for 1972-73; the 460 for 1974-76) was still available. However, all suffered from lower compression ratios to better meet new emissions standards. The 351 cu in (5.8 L) Cleveland could still be obtained in tuned 4-V Cobra Jet form through 1974. A four-speed manual transmission was available on Cobra Jet-powered GT models.

The Bionic Disco YouTube Channel provides this 1972 Ford Torino commercial highlighting the features of the car that the Ranchero was based upon that year:

I bought this car from a dealer in upstate New York in 2008. It was acquired from an estate sale. I don’t have any history for the car prior to that. However, it’s pretty evident the car’s been garaged for most of its life. That includes my last 13 years of ownership.

The car starts and runs well. It has a recently rebuilt Holley carburetor, new sparks plugs, and a new battery. Someone painted it the wrong shade of green at least two decades ago. The correct color is medium green metallic. However, the car is solid and otherwise very original. Trim and squire decals are all in very good shape, as is the interior. I own another Grand National 72 Squire that’s been in the family since new, and I have never come across another one like this! Unfortunately, I just don’t have the resources or the space to give her the attention she deserves. I have to downsize. So I’m reluctantly giving her up! Selling as is and asking $11,900 OBO.“

Show or go: what would you do with this 1972 Ford Ranchero Squire?  Comment below and let us know!