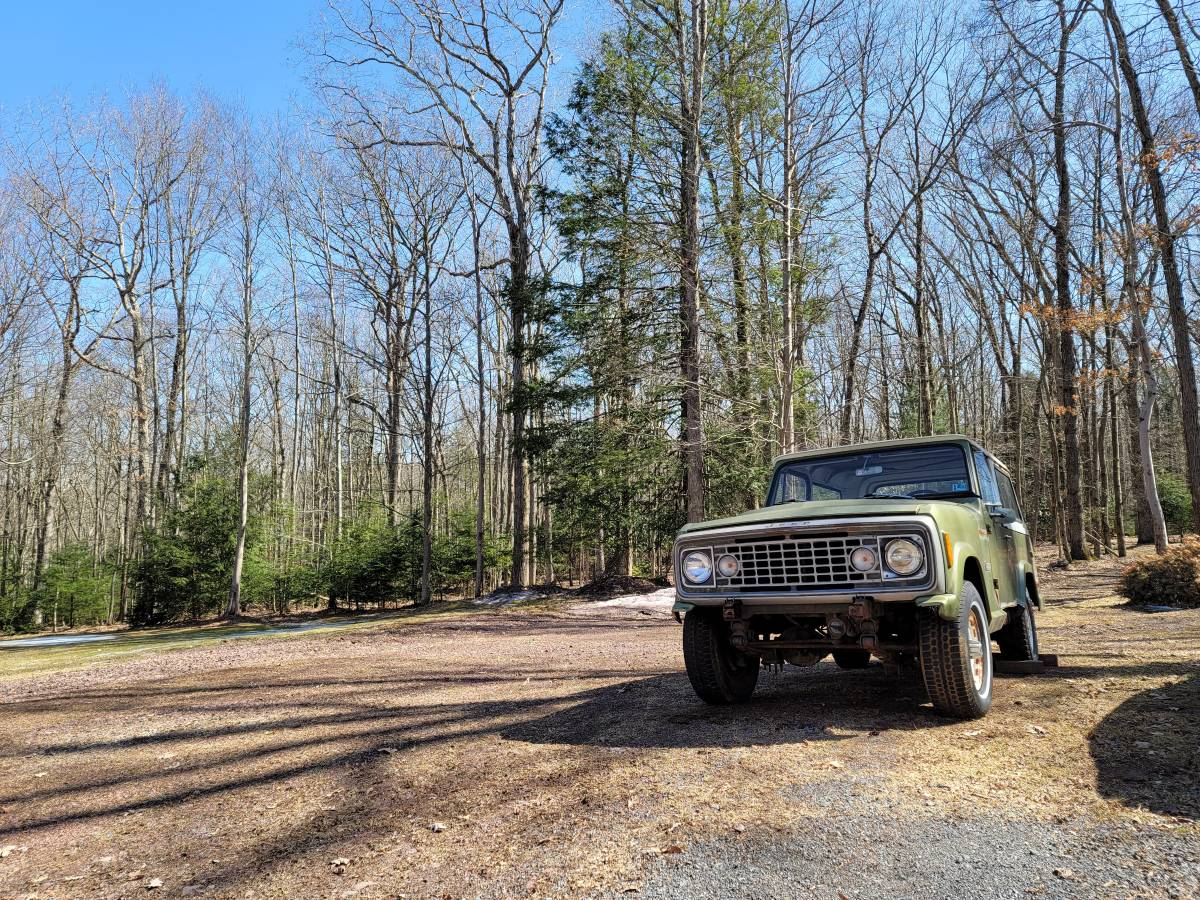 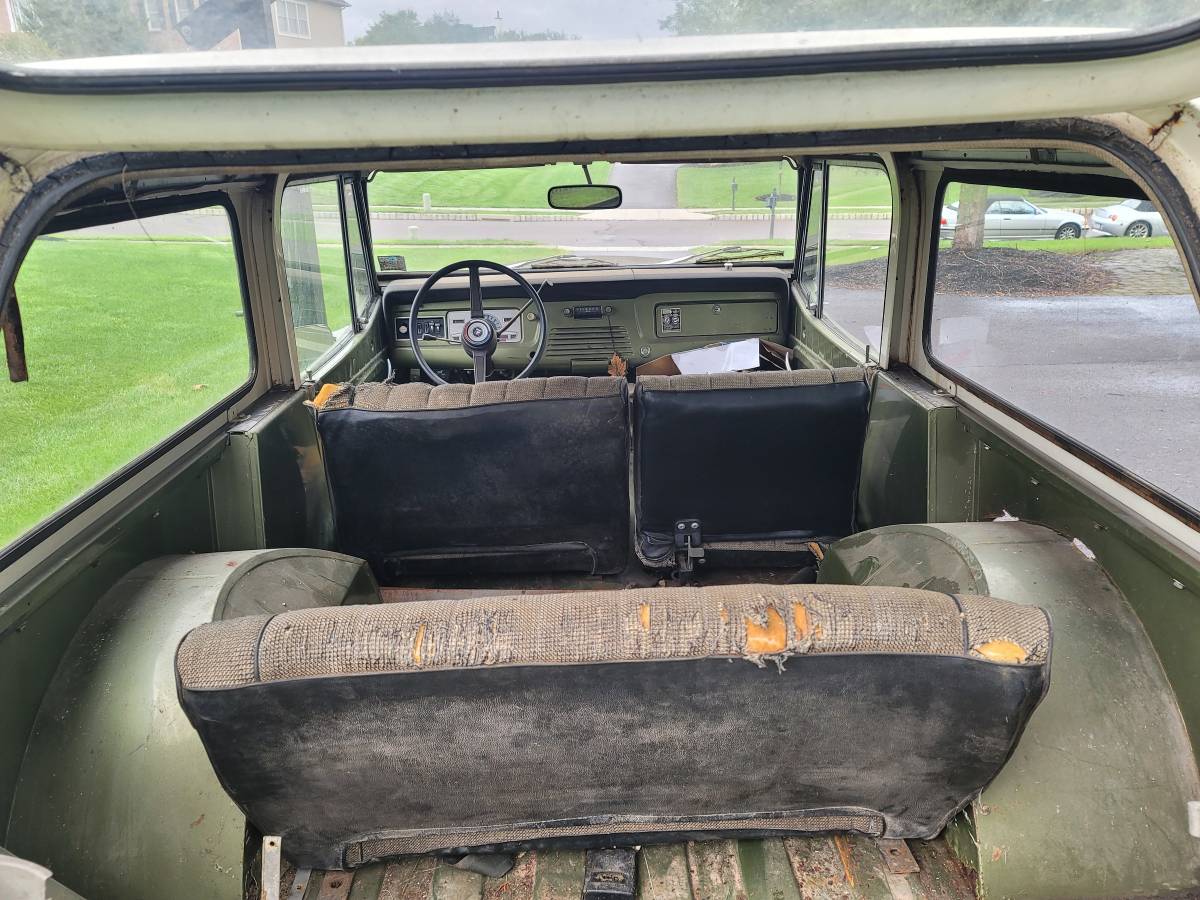 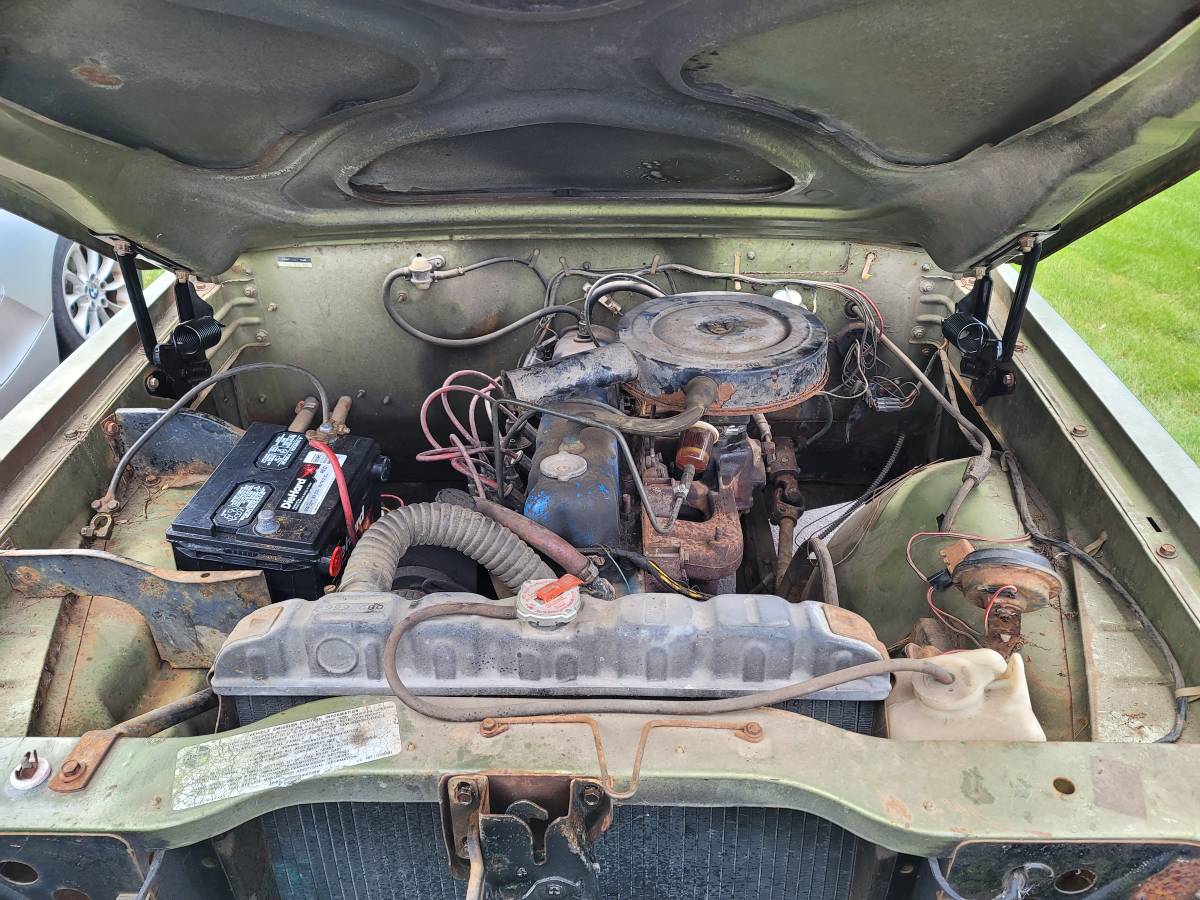 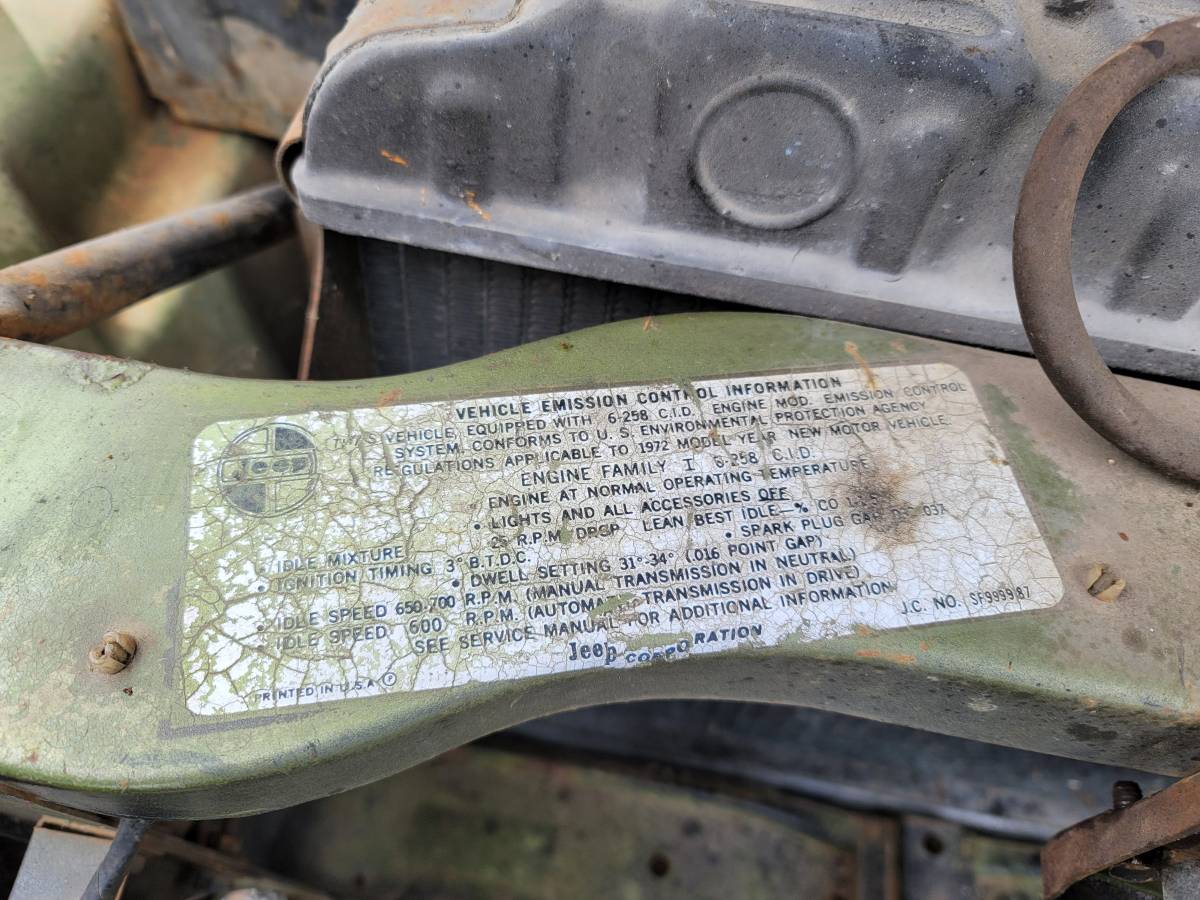 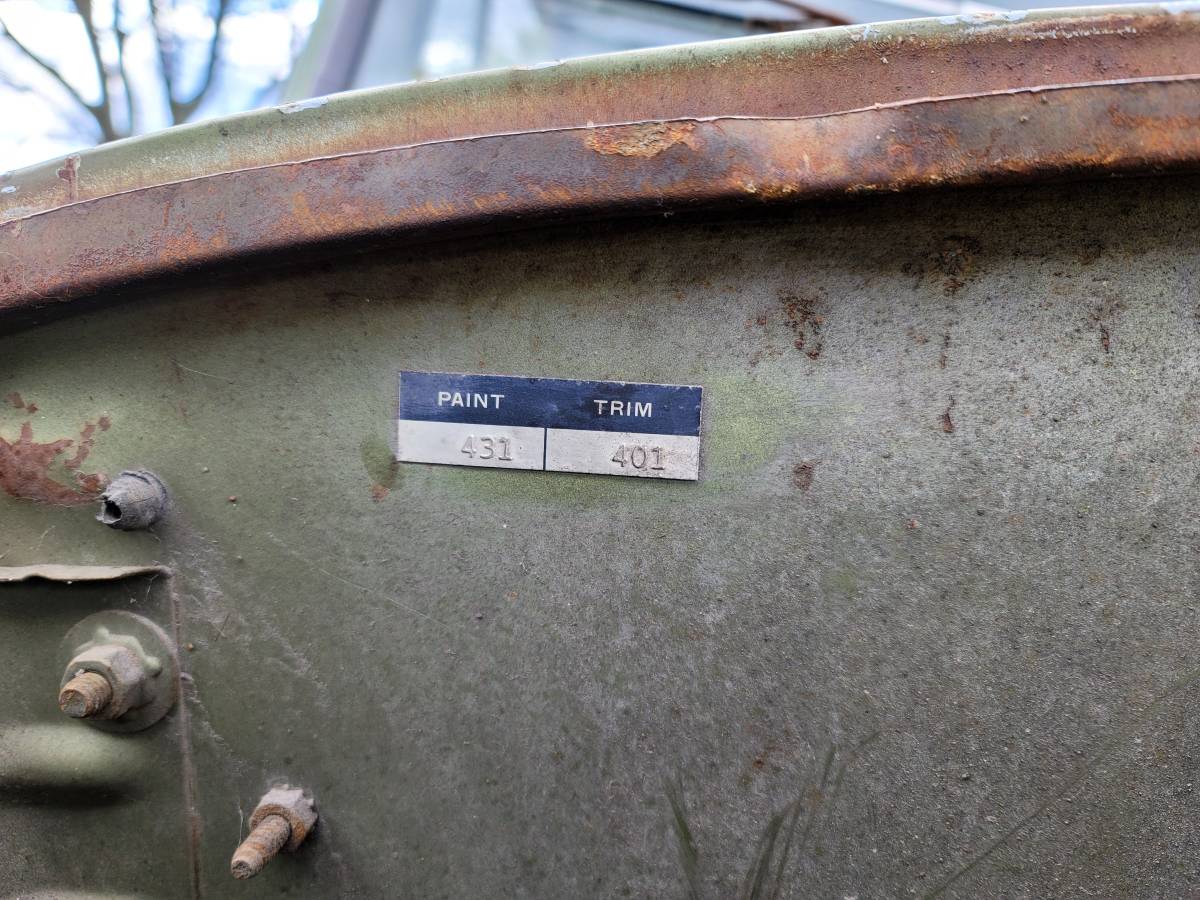 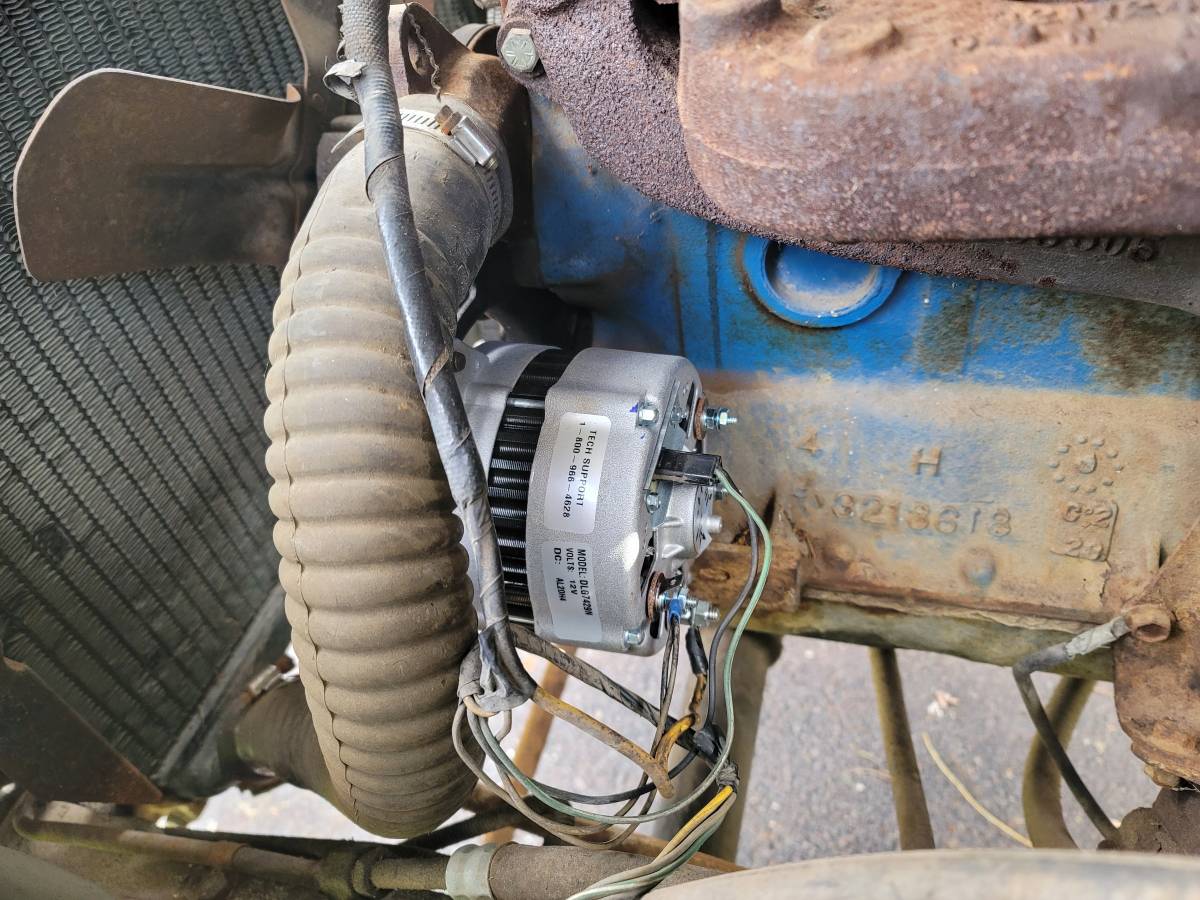 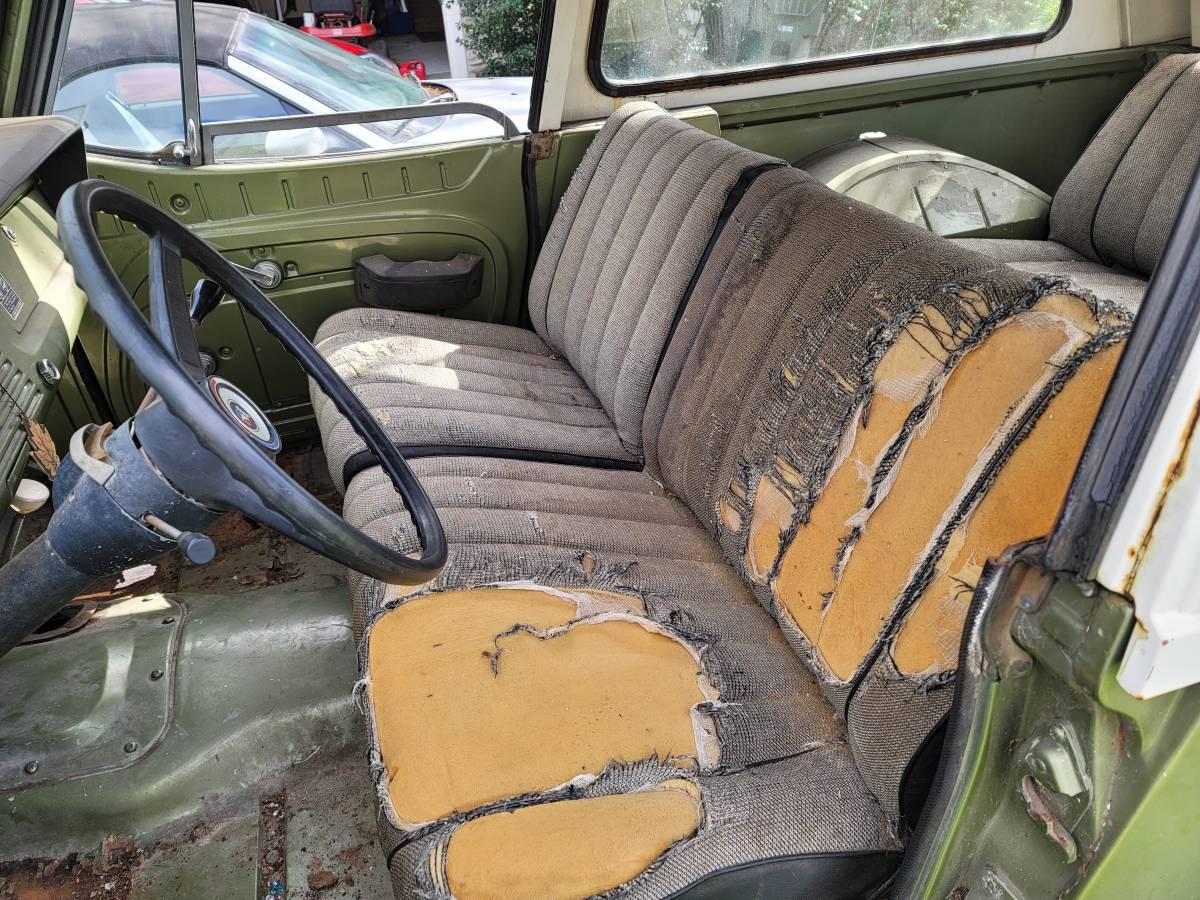 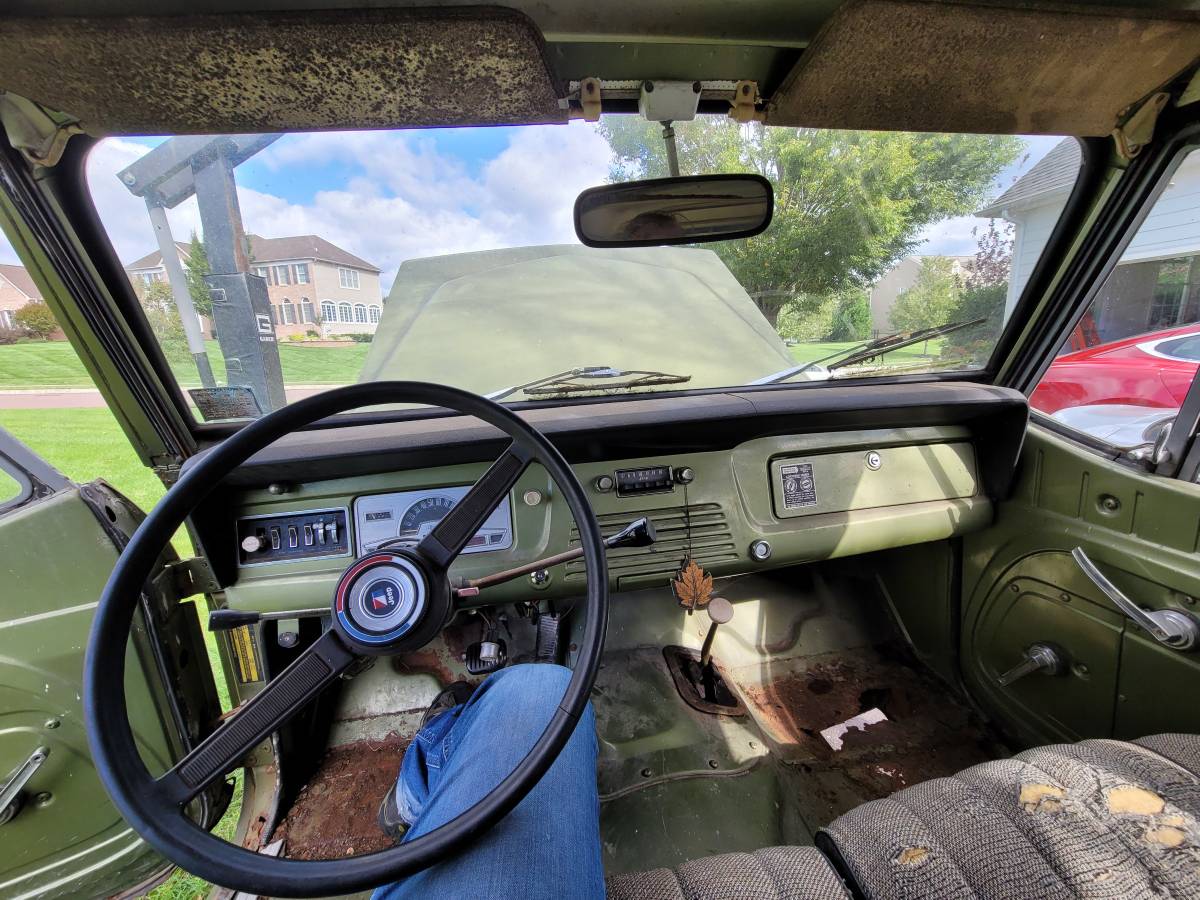 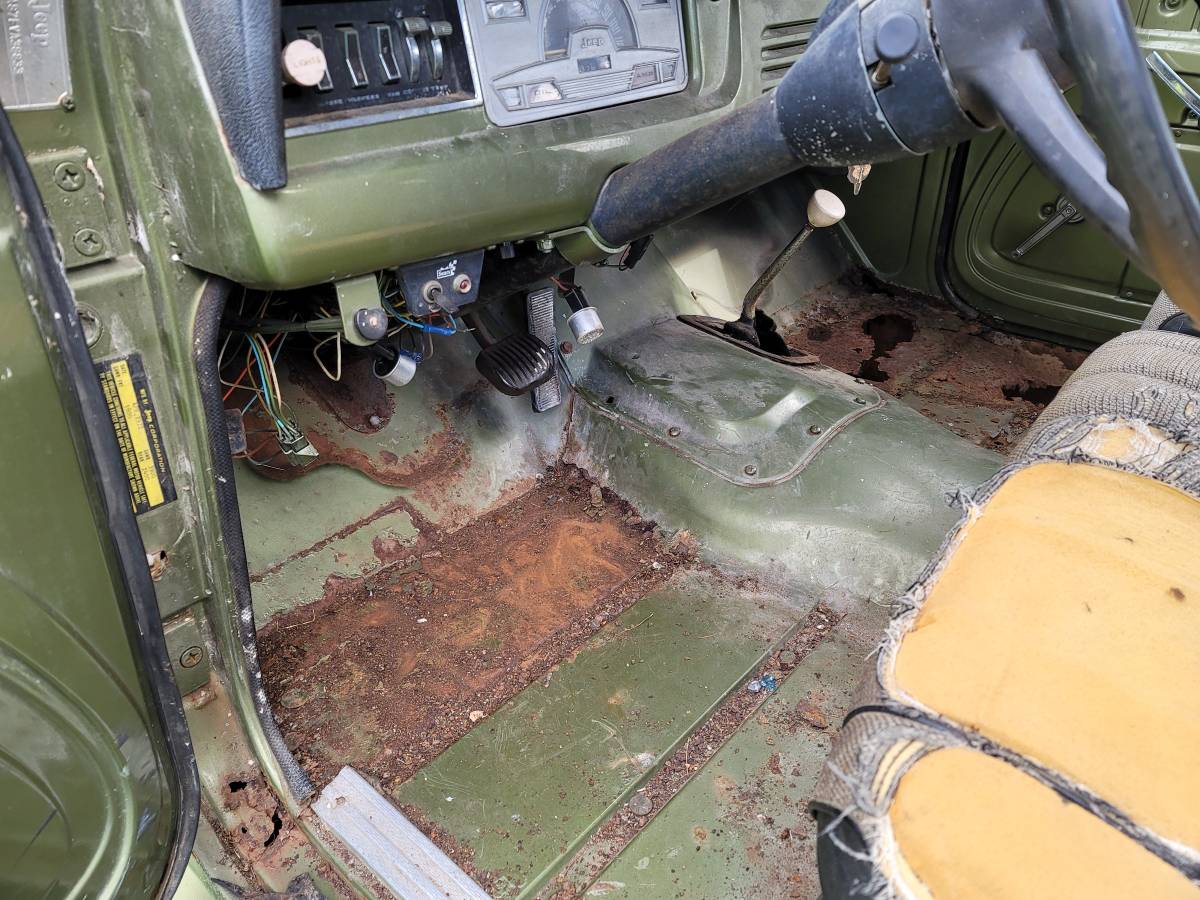 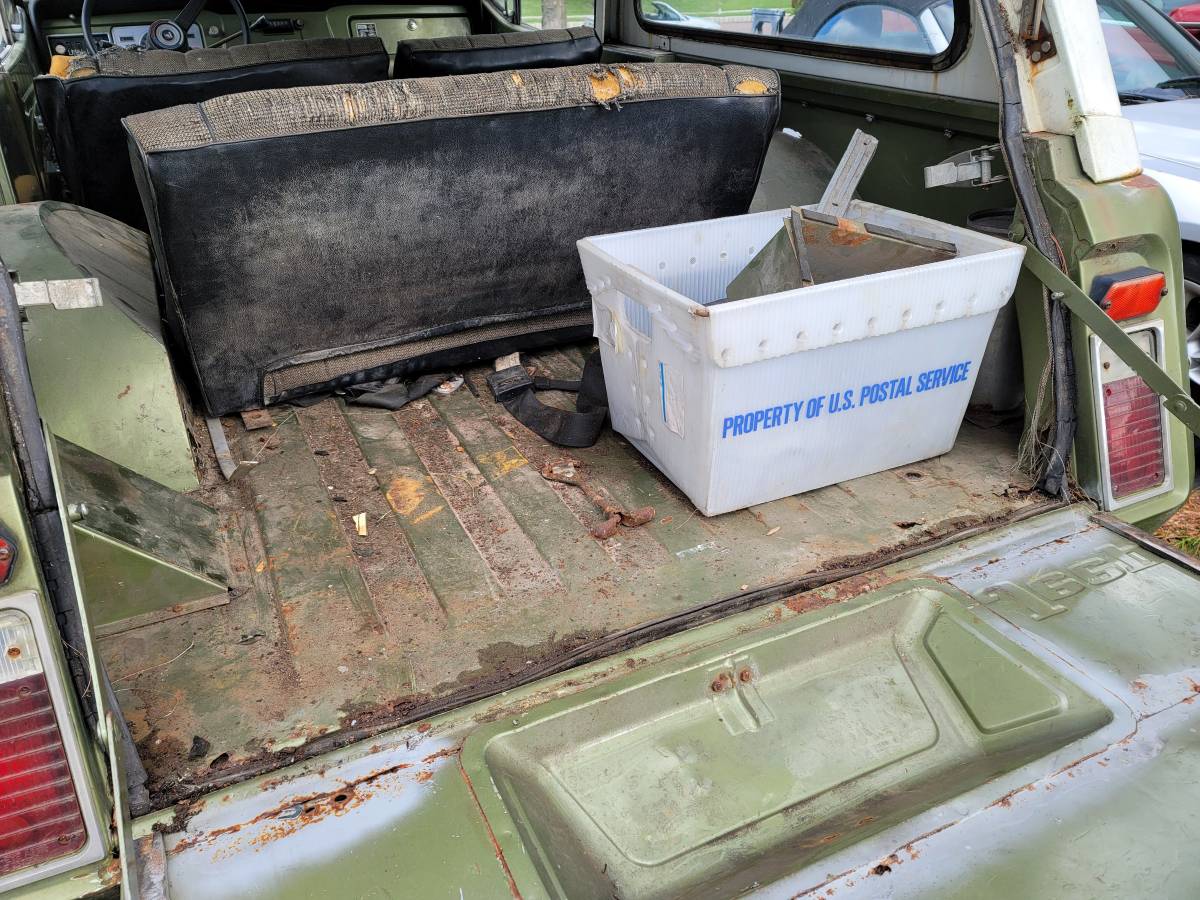 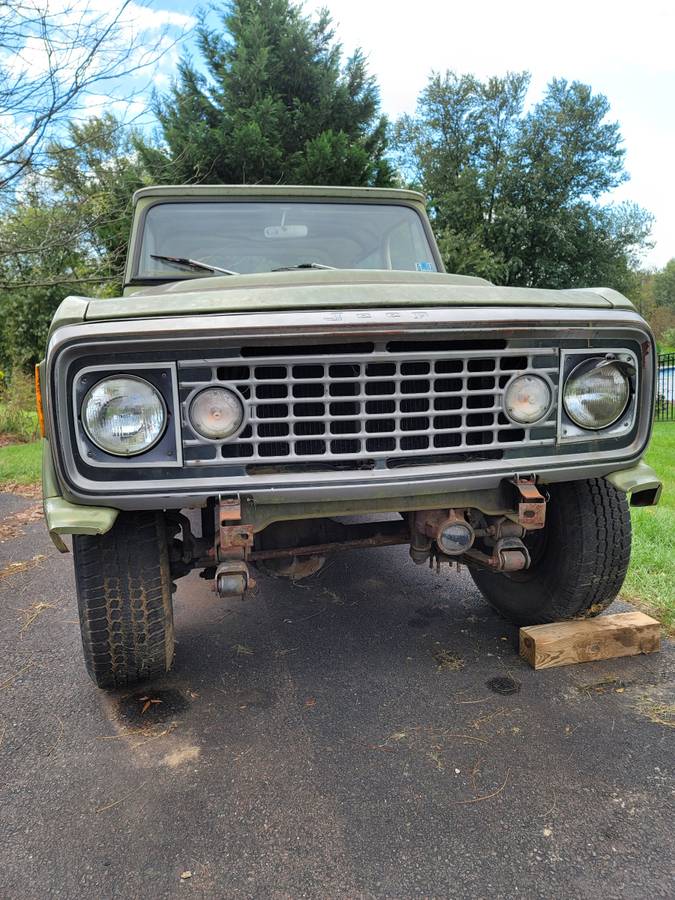 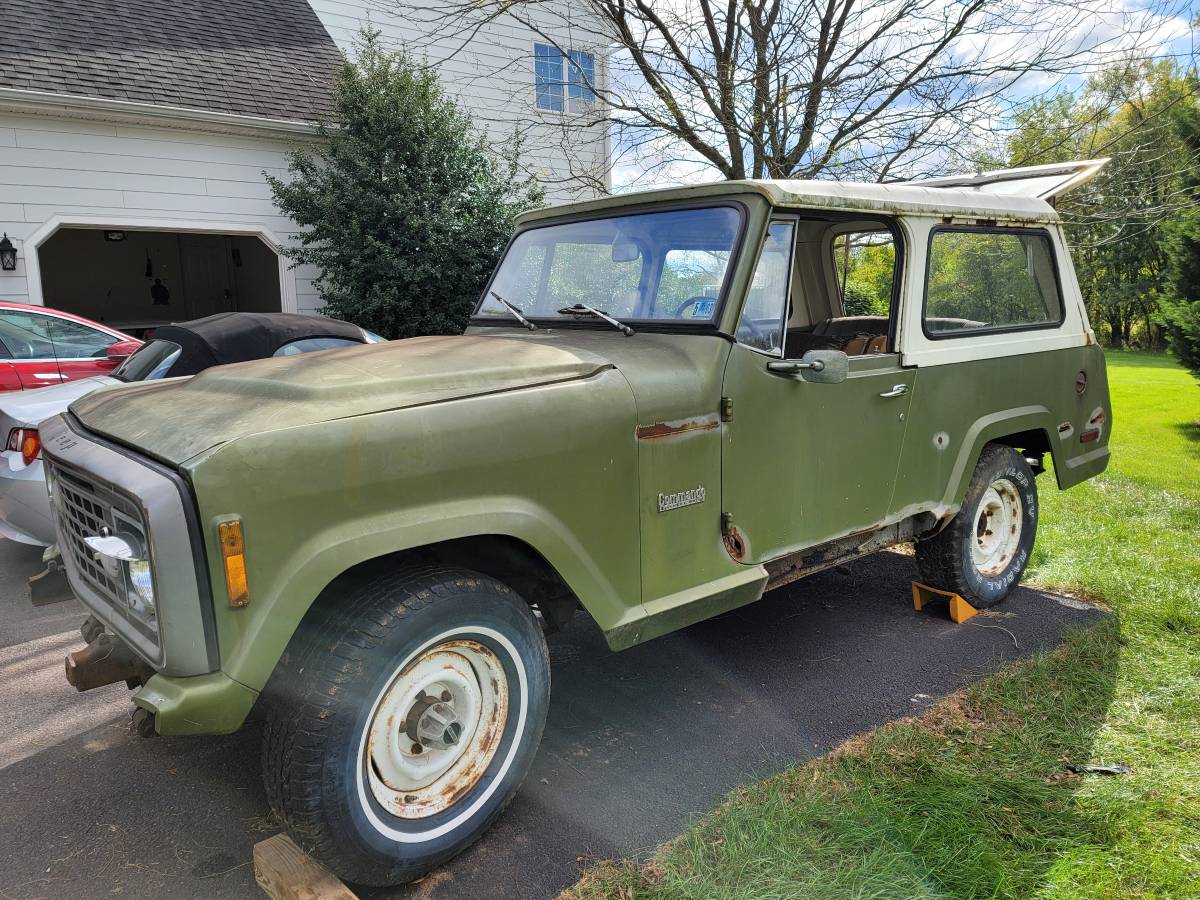 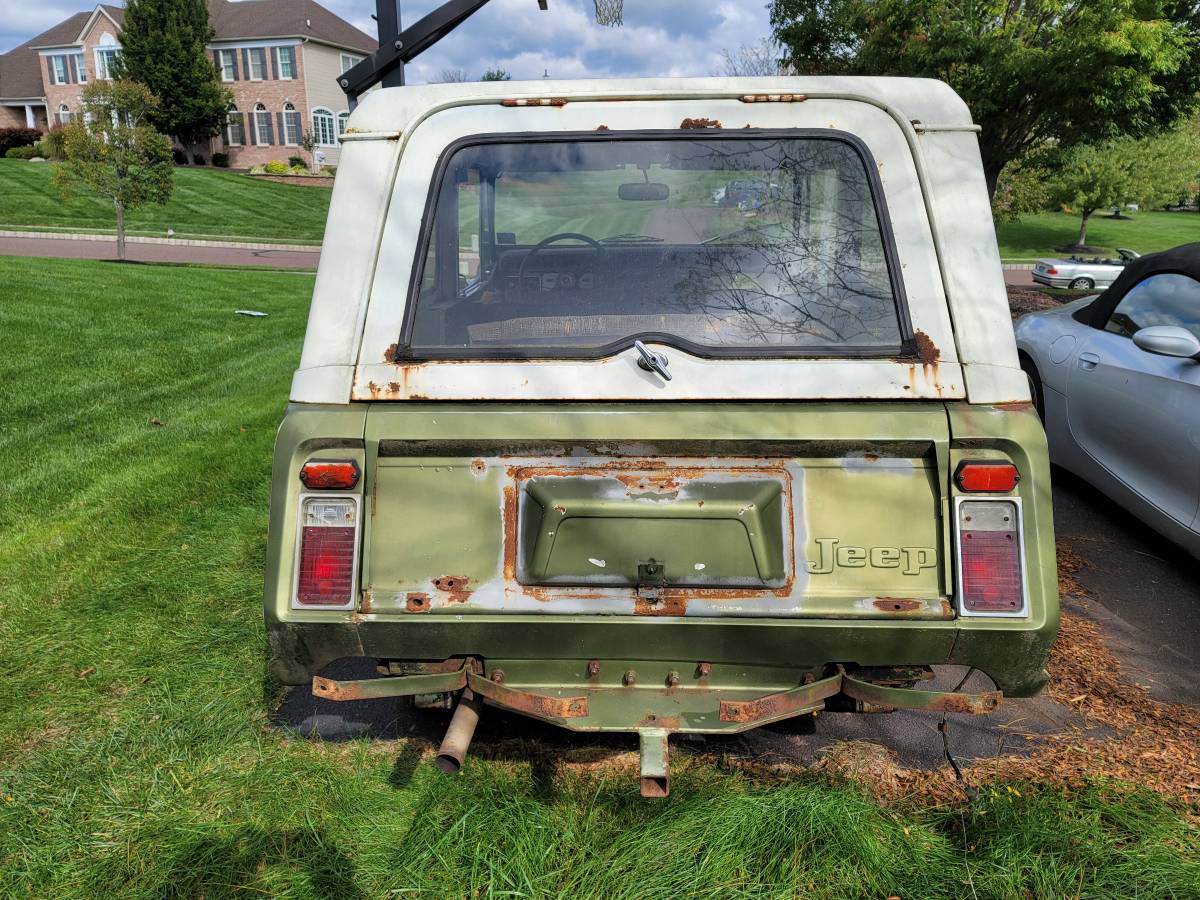 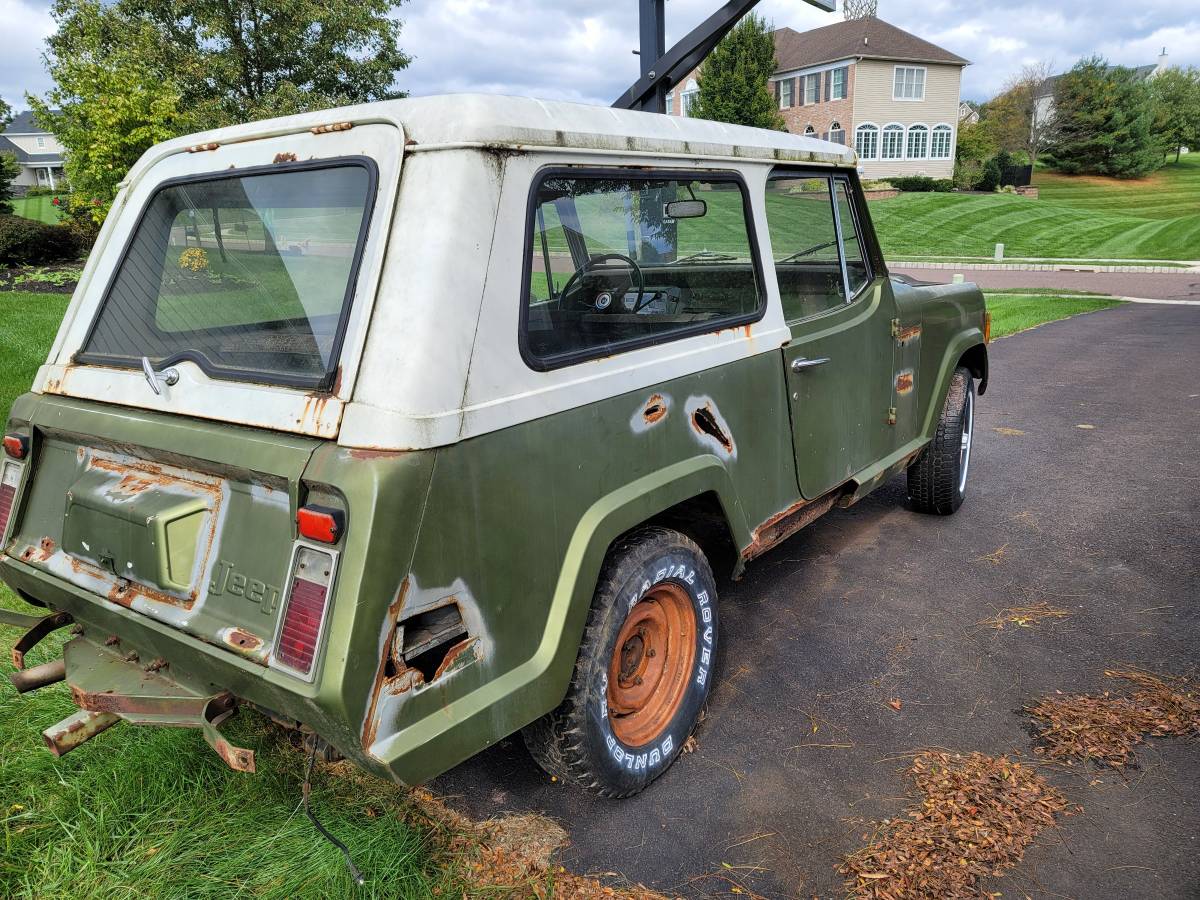 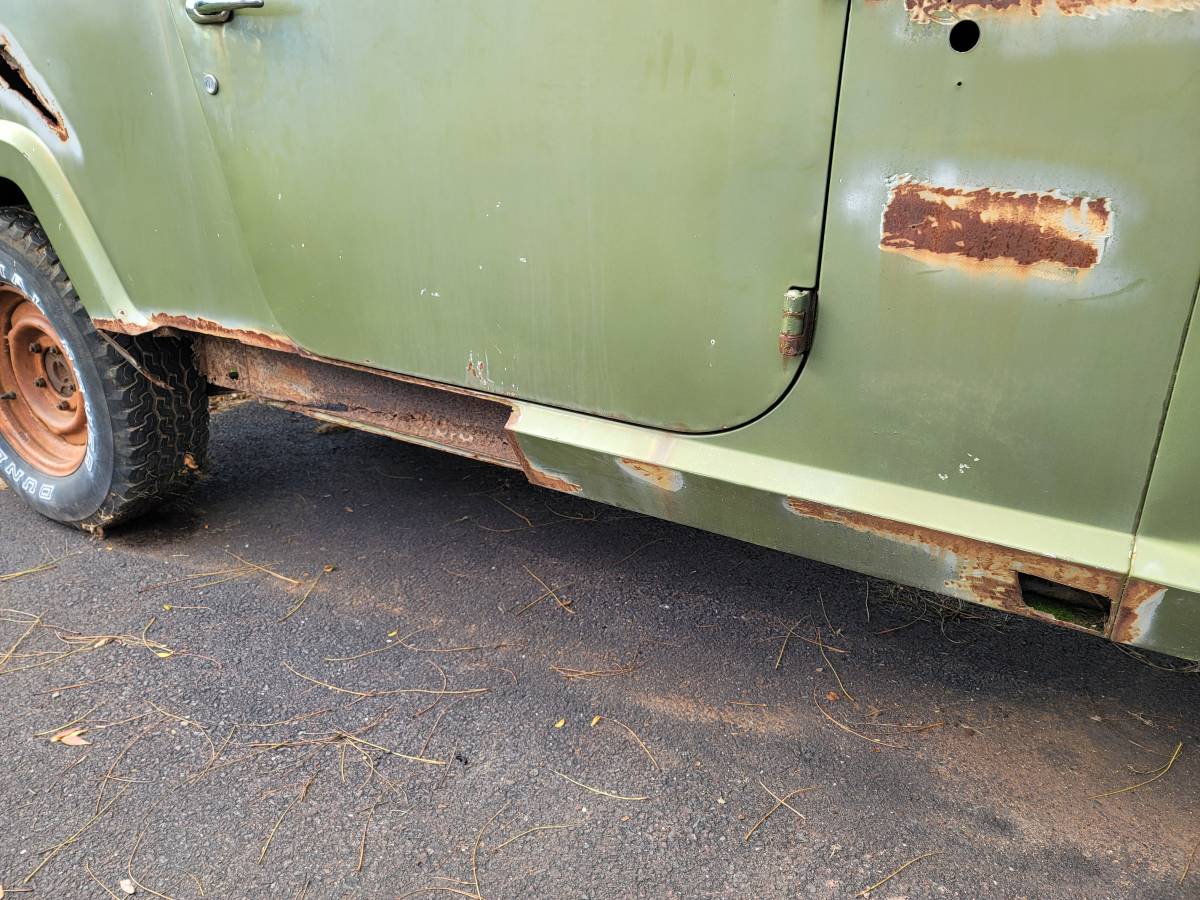 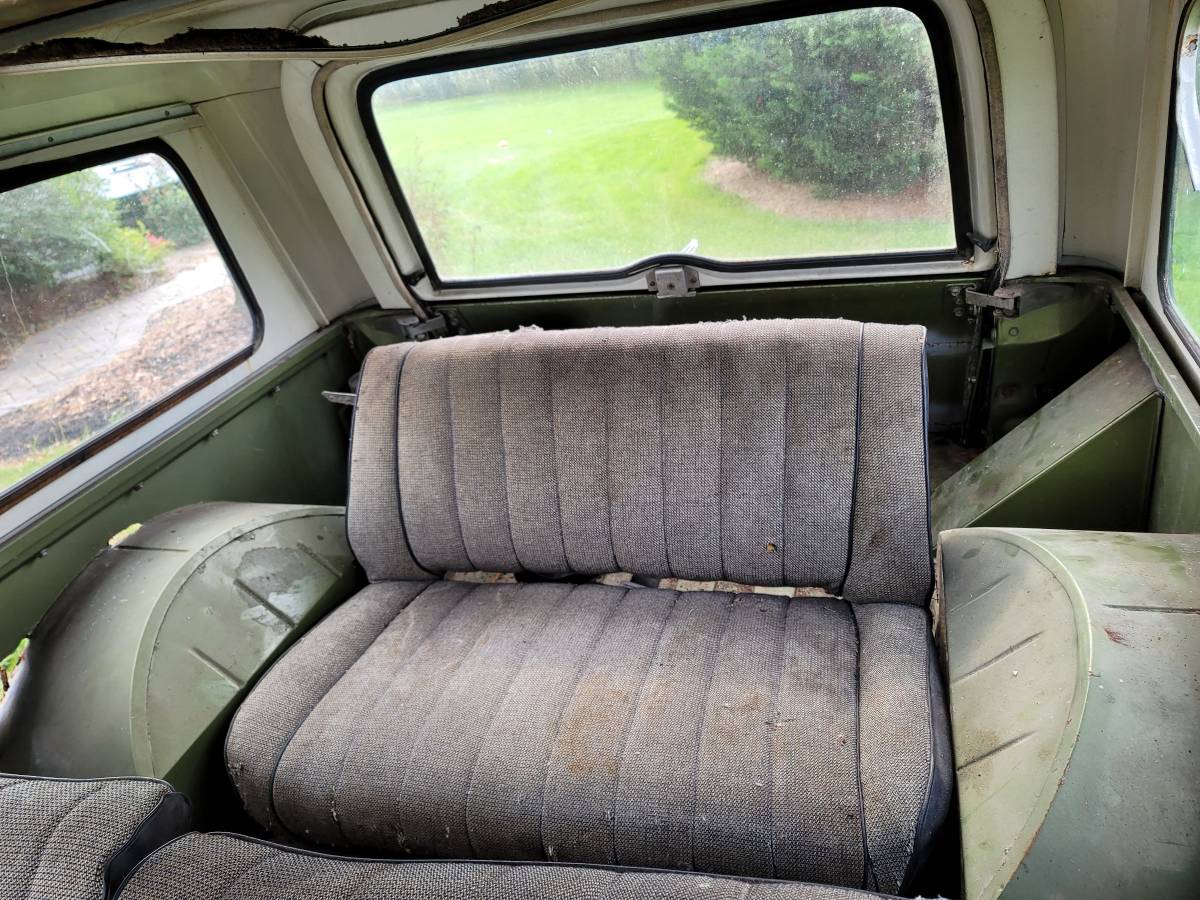 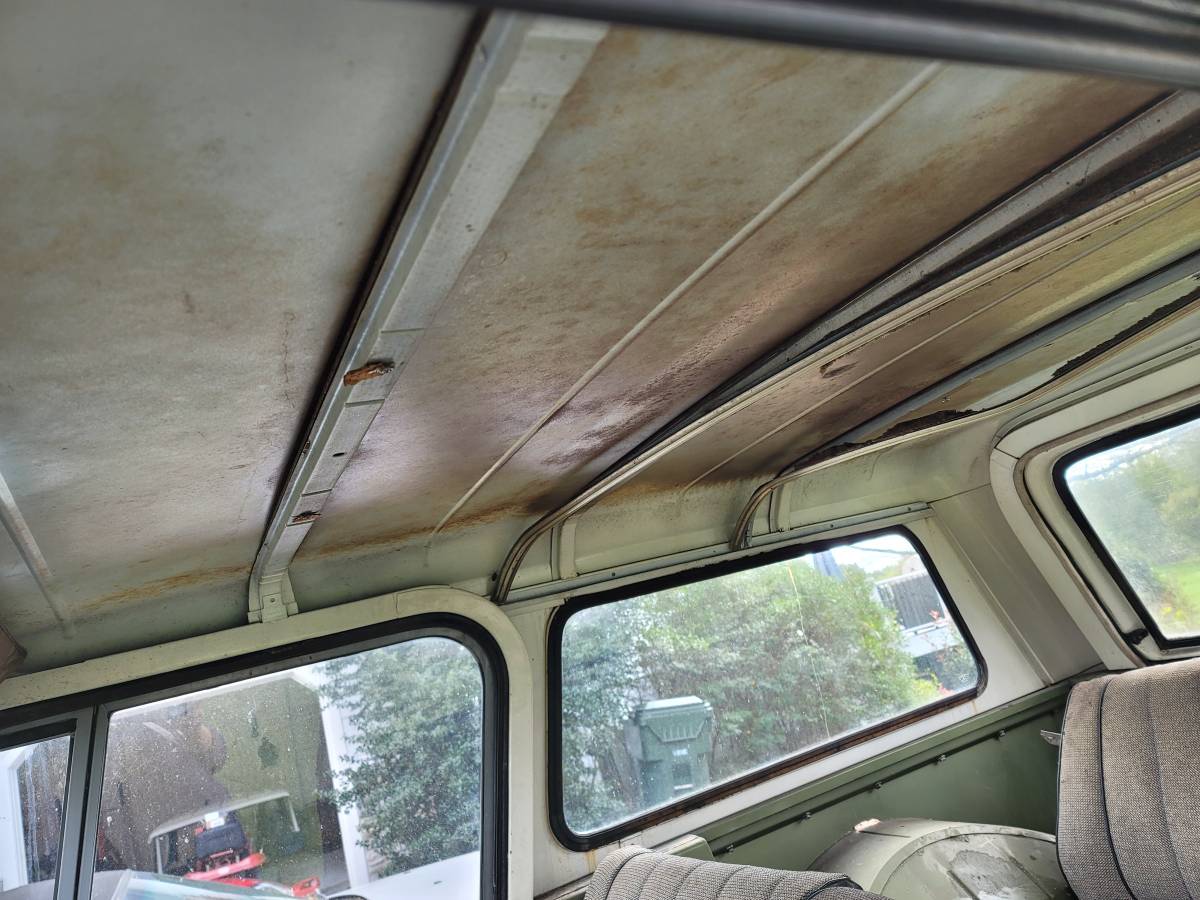 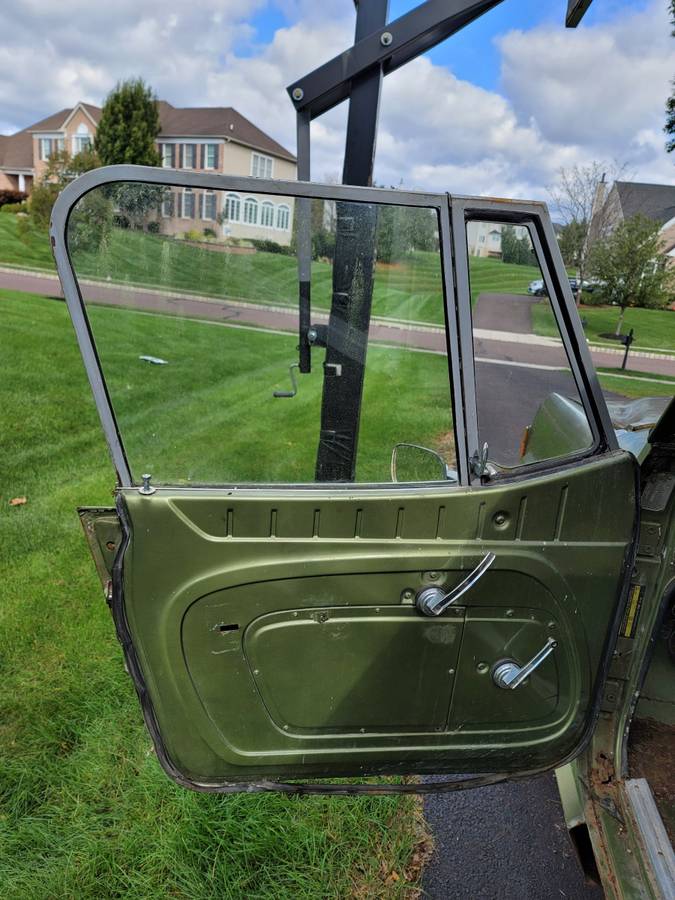 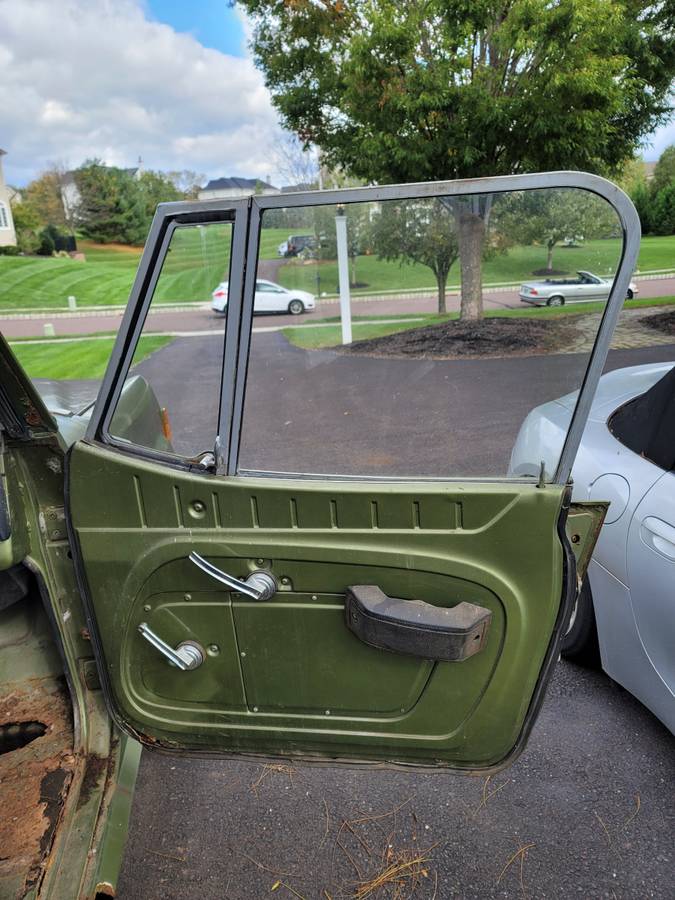 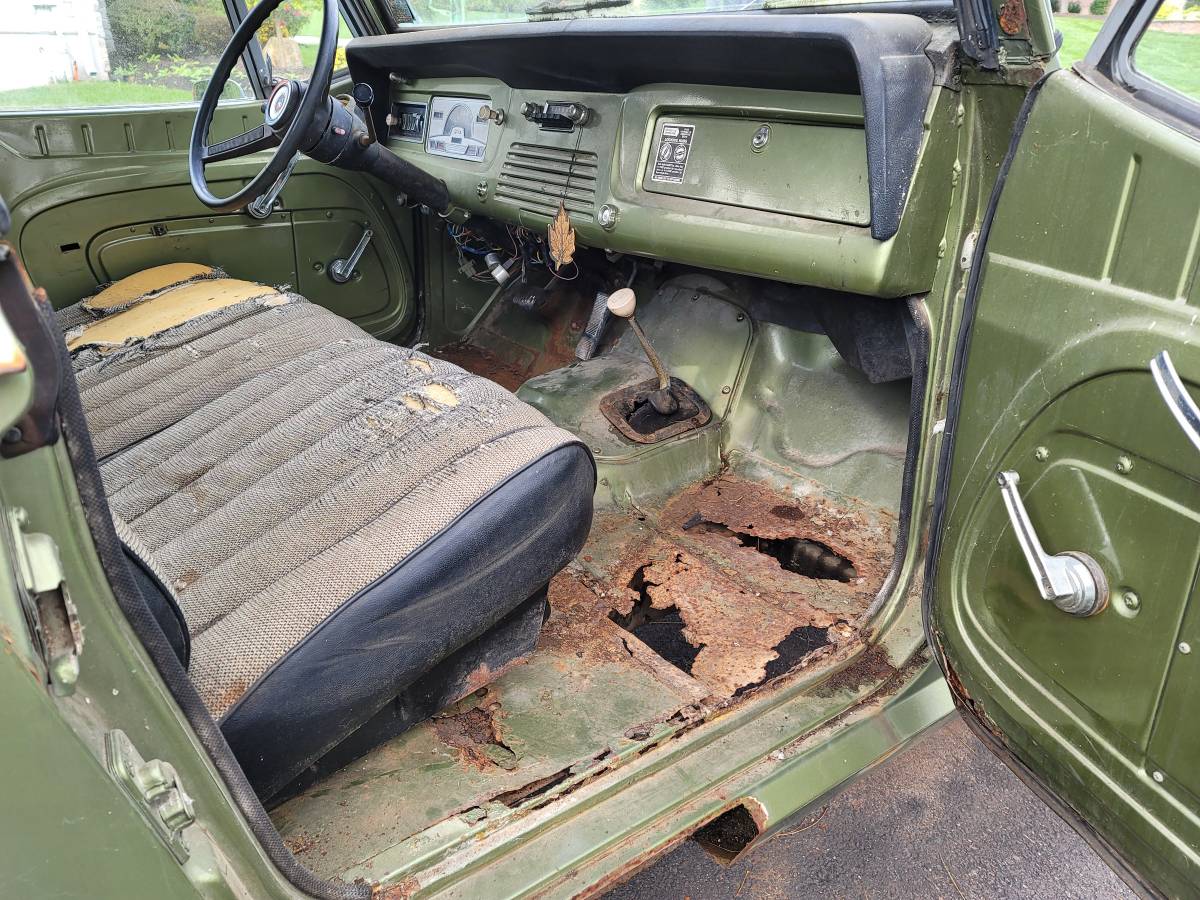 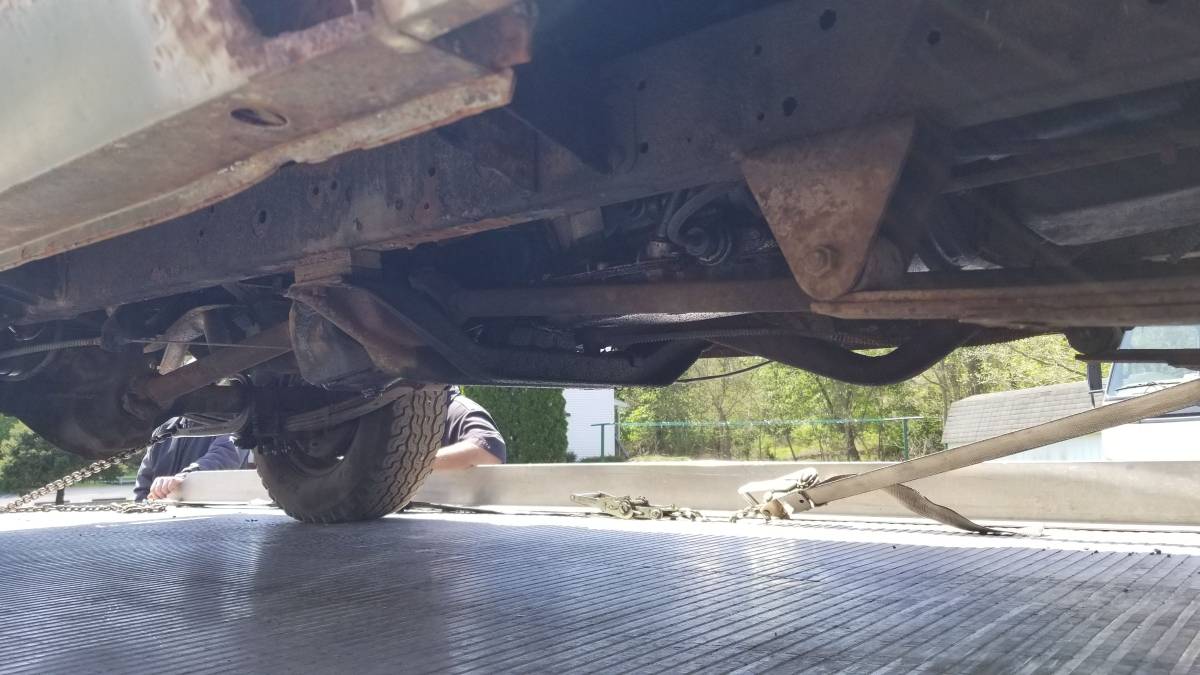 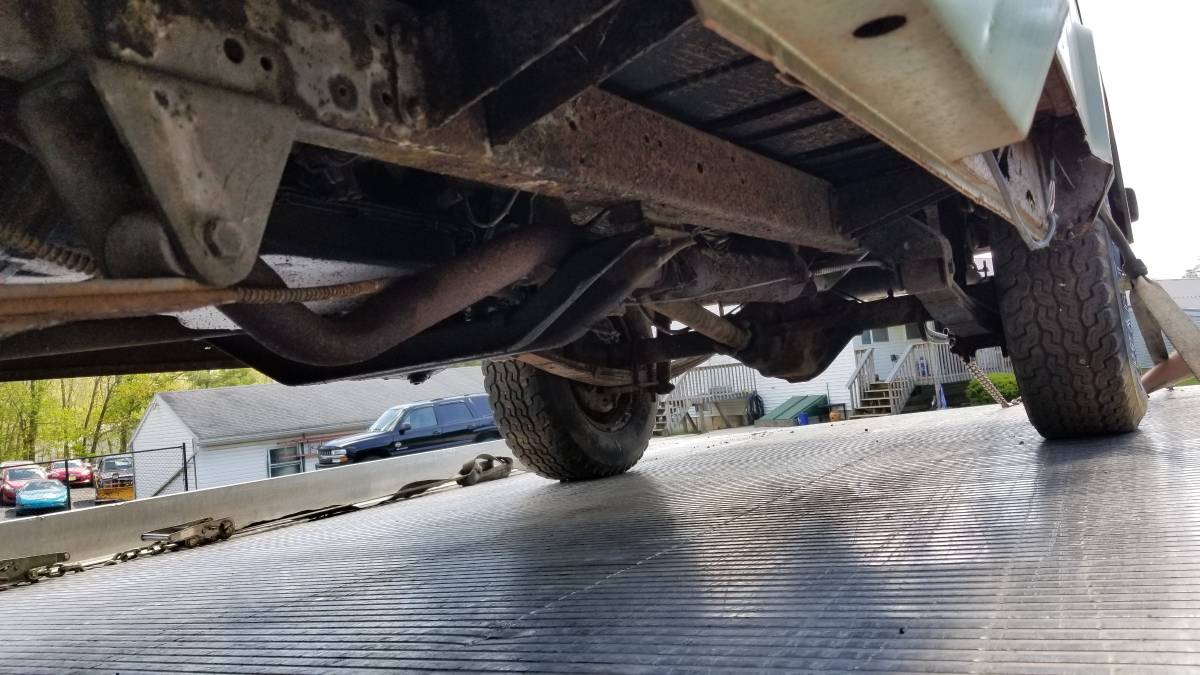 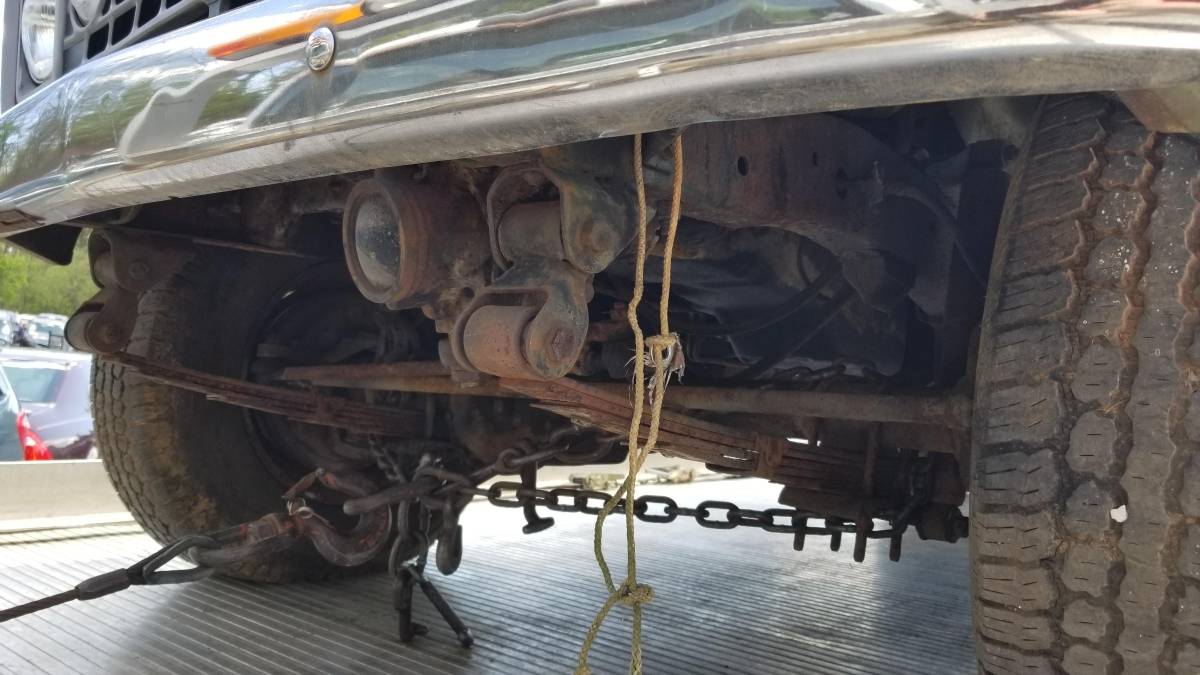 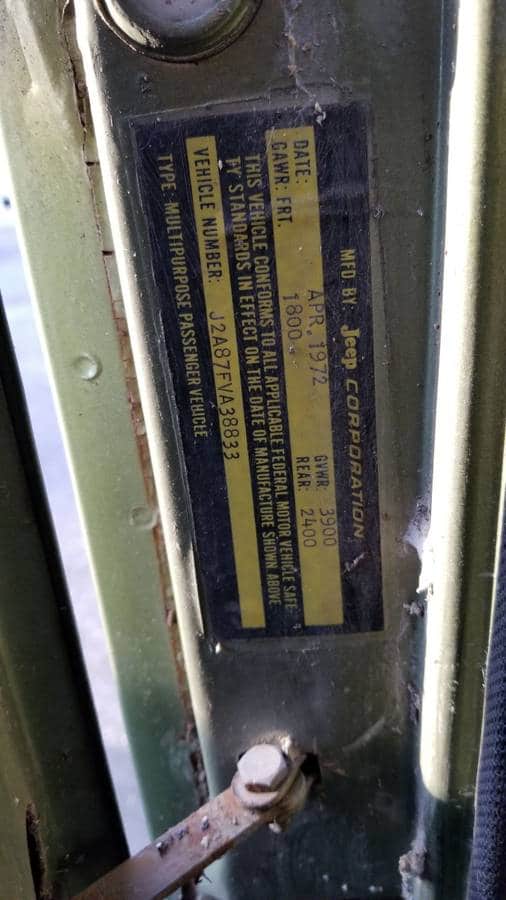 November 8, 2021 Update – Just as we were busy updating all of our Truckin Tuesday features, we noticed the private seller just lowered their asking price from $3,200 to $2,500.

One of the more famous Jeep trademarks is the brand’s seven-slot grille design. Inspired by the original CJ, nearly all Jeep products ever produced right up through current models incorporate some sort of seven slot design language. The most notable exception to this rule occurred during American Motor Corporation’s (“AMC”) ownership of the brand from 1970 through 1987.  In what was one of many marketing blunders by AMC management, the company made a point of designing non-seven-slot grilles for all of their products save for the CJ line. The first Jeep product receiving this treatment was the revised “C104” exemplified by this 1972 Jeep Commando project originally listed in November 2021 on Criagslist in Collegeville, Pennsylvania.

Reported to be an unmodified project still featuring its original paint, the current caretaker now wants $2,500 for their Commando project ($43,200 was the original ask).  While Hagerty Insurance oddly still does not list prices for these SUVs, a check of the Collector Car Market Review confirms this private seller has their Commando priced two thousand dollars less than this guide’s #4 “Fair” estimate of $5,250.

Kaiser revived one of their most storied brand names when the company launched its new Jeepster Commando C101 as a 1967 model designed to compete with Ford’s Bronco and International Harvester’s Scout.  While a stylish design, Kaiser saddled these original versions with very dated F-head Hurricane inline-four and Dauntless V6 power.  Kaiser sold nearly sixty thousand Kaiser-spec “C101” Jeepster between 1966 and 1971.  Shortly after American Motors purchased Jeep, the company revised the Commando as the “C104” version for 1972. In addition to retiring the “Jeepster” name, the revised SUV received a “conventional” full-width grille (i.e. not the typical seven-slot Jeep version). The Commando now featured more modern AMC engines: buyers had a choice of the 232 cubic inch or 258 cubic inch AMC straight-sixes or even a 304 cubic inch V8.  A total of 20,223 AMC-spec “C104” Jeep Commandos were made in 1972 and 1973 before the company replaced it with its very successful Wagoneer-derived Cherokee line.

The Osborn Tramain YouTube Channel features this 1973 Overview video of the Jeep Commando:

Vintage SUVs are the fastest-growing collector car segment currently and as a result, sinking the money needed to repair the rusty body and rebuild all of the mechanicals will likely be less than the sale price freshly restored examples currently achieve.

Clean title in hand, purchased from original owner from central PA. 3-speed auto, 258 inline 6. Power steering, manual drum brakes. Original paint and trim codes are still on the firewall. 89k original miles. I bought this Jeep as parts for another Commando, but it runs too well and is too untouched for me to tear it apart. Aside from the obvious tub rust, it’s a solid Jeep, and could be fun if you know bodywork. The frame is solid.

Pay what I’m asking and I’ll throw in a good set of mag wheels, a bunch of metal patch panels, seat belts, a bumper, and any extra parts I have laying around. I thought I might cruise around in this ol’ Jeep, but life has other plans. I can get it running if you come look at it. It runs great. Trans will need going through or replacement.

Make an offer, I’d like it gone before winter if possible“

Restore or drive as-is: what would you do with this 1972 Jeep Commando project?  Comment below and let us know!