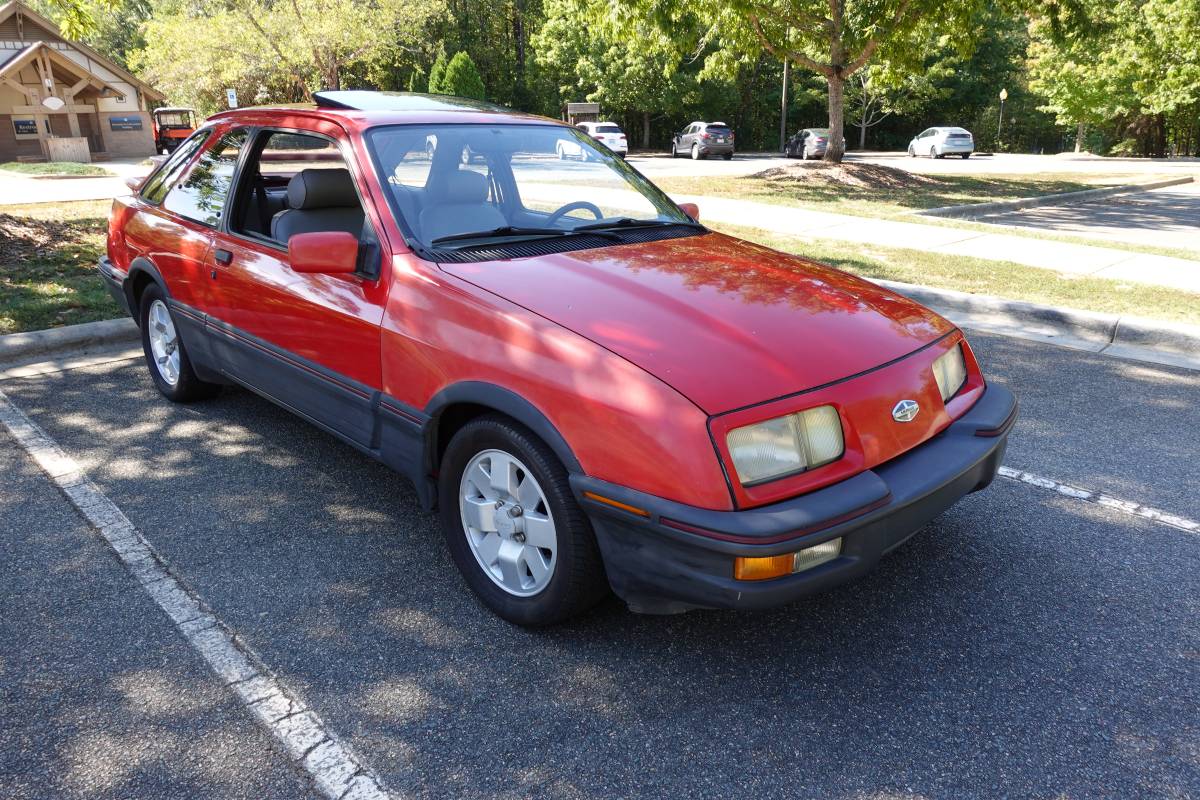 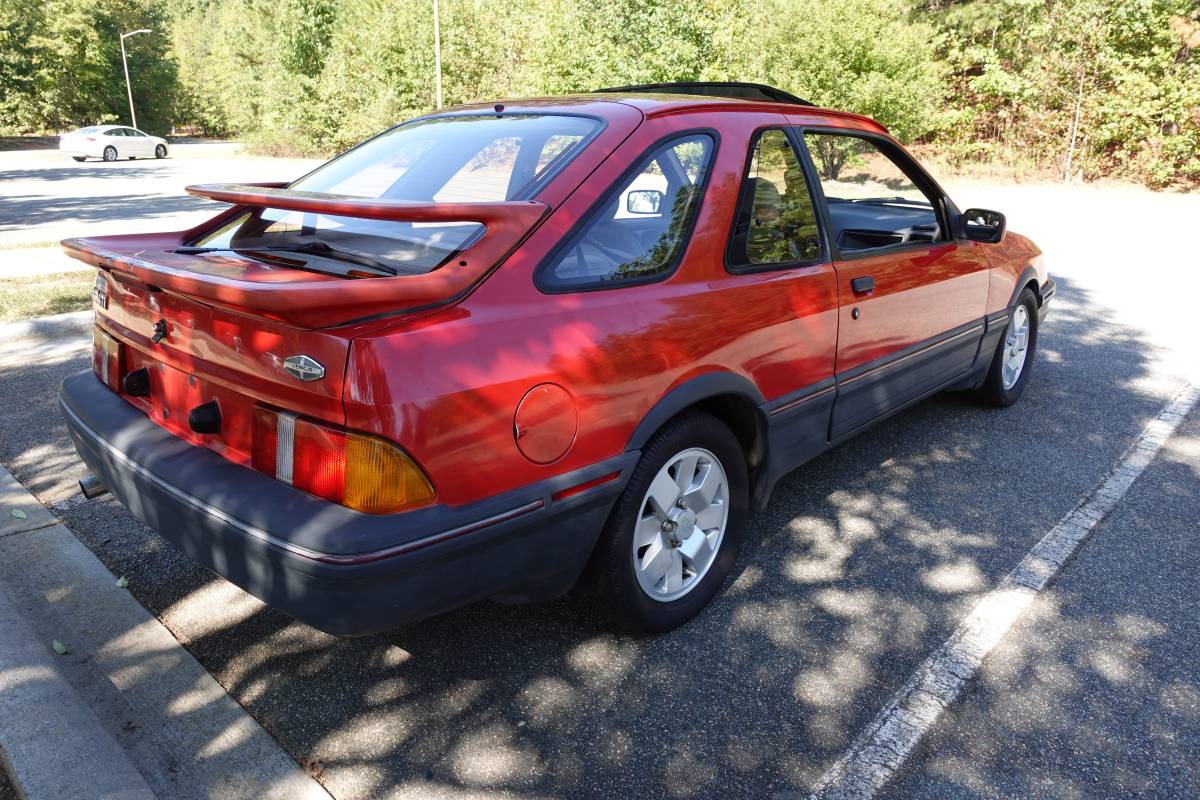 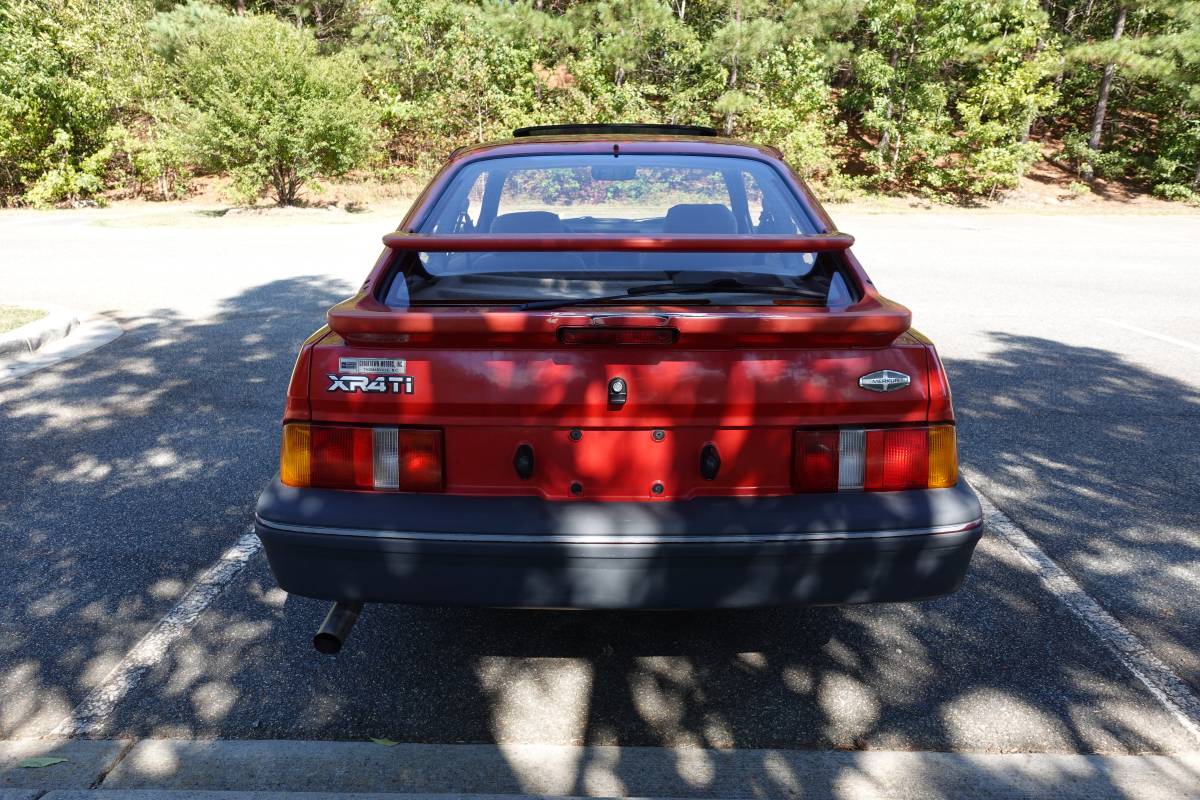 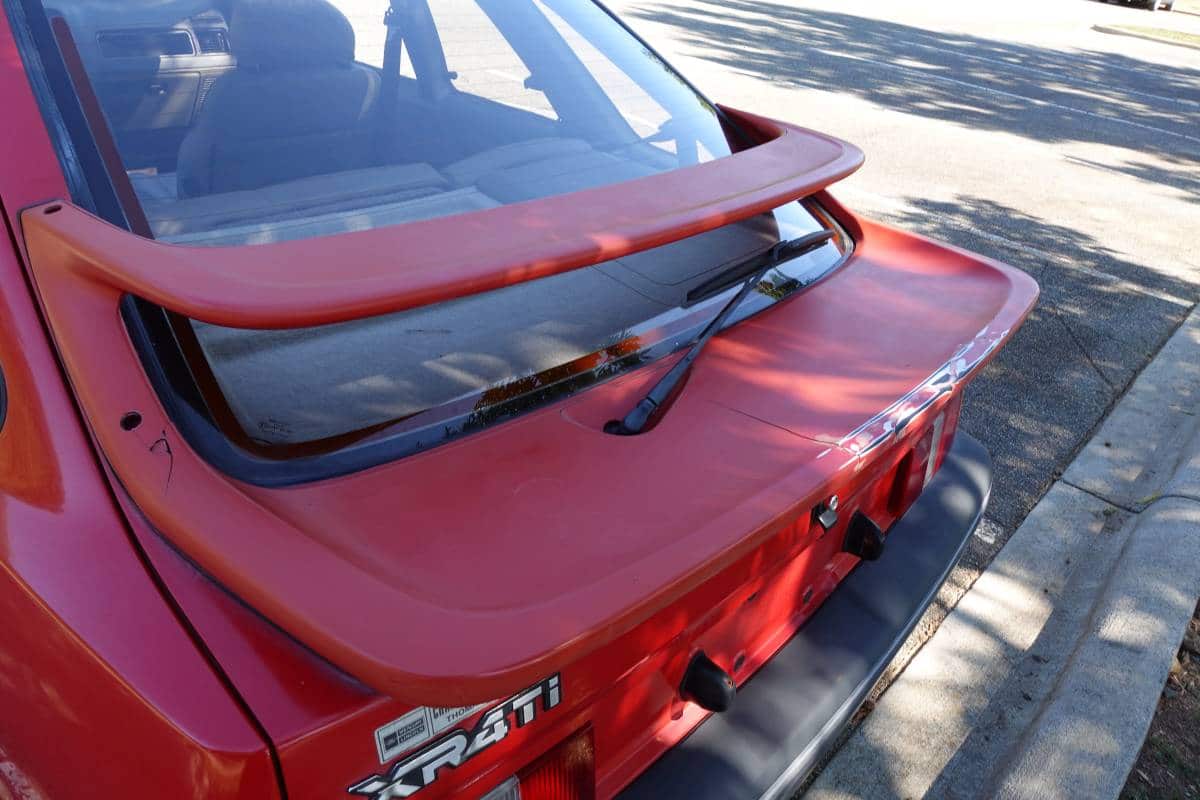 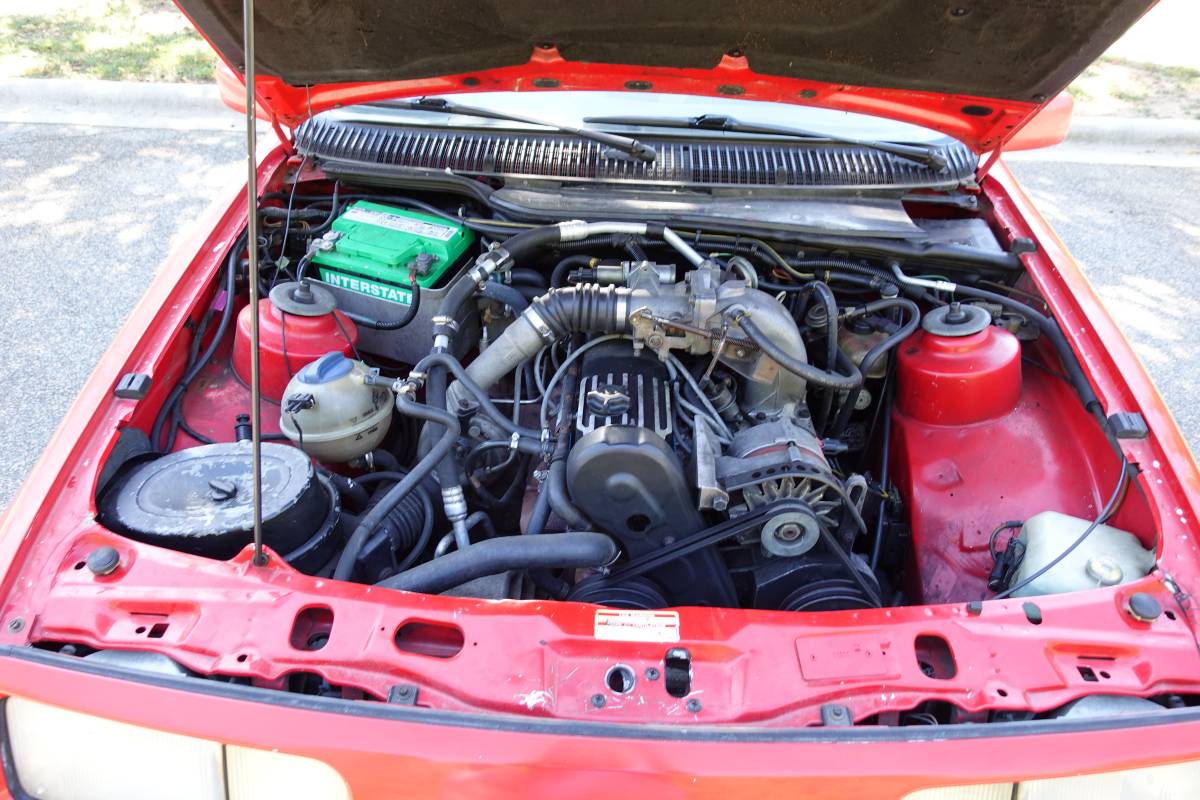 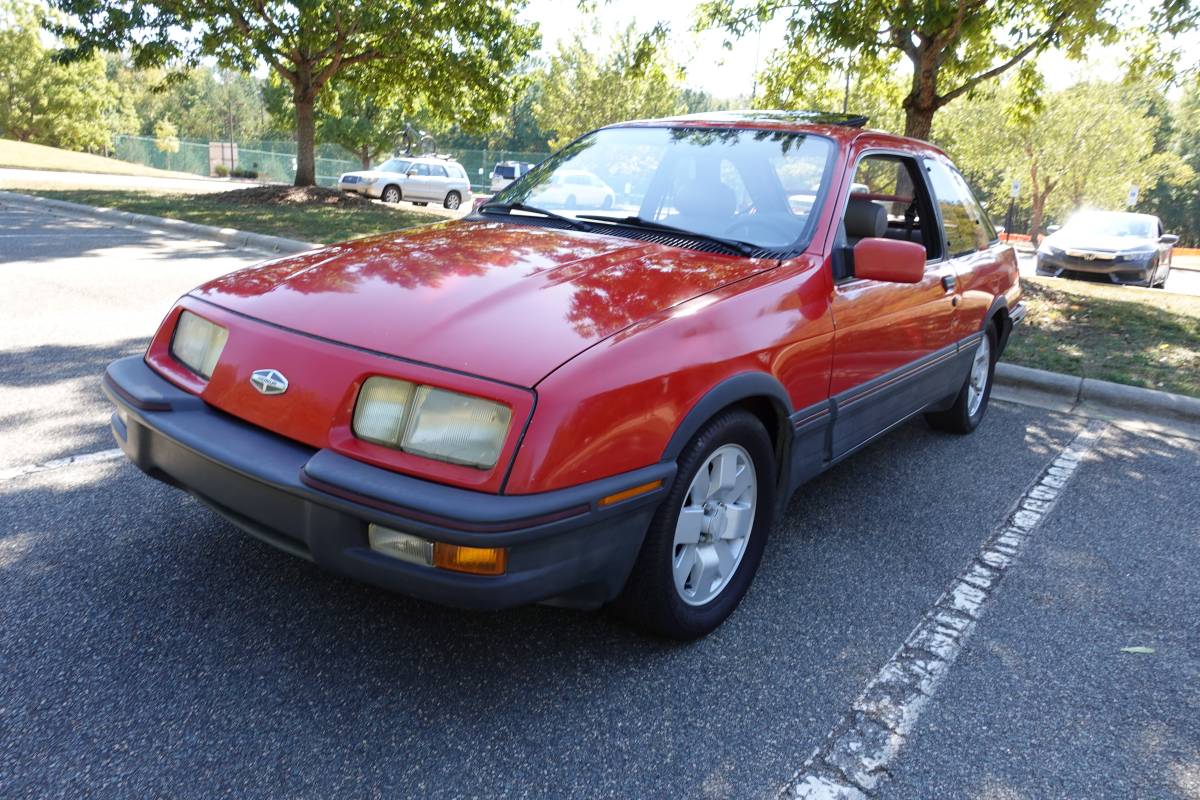 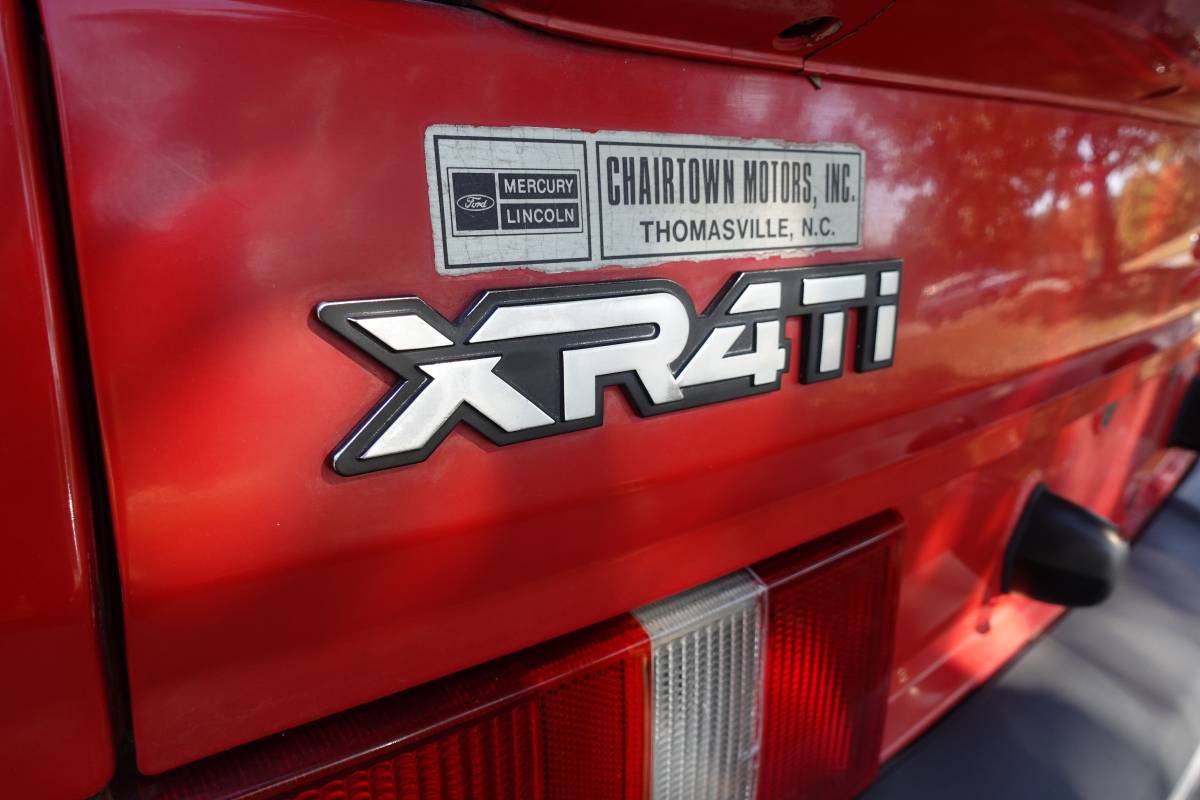 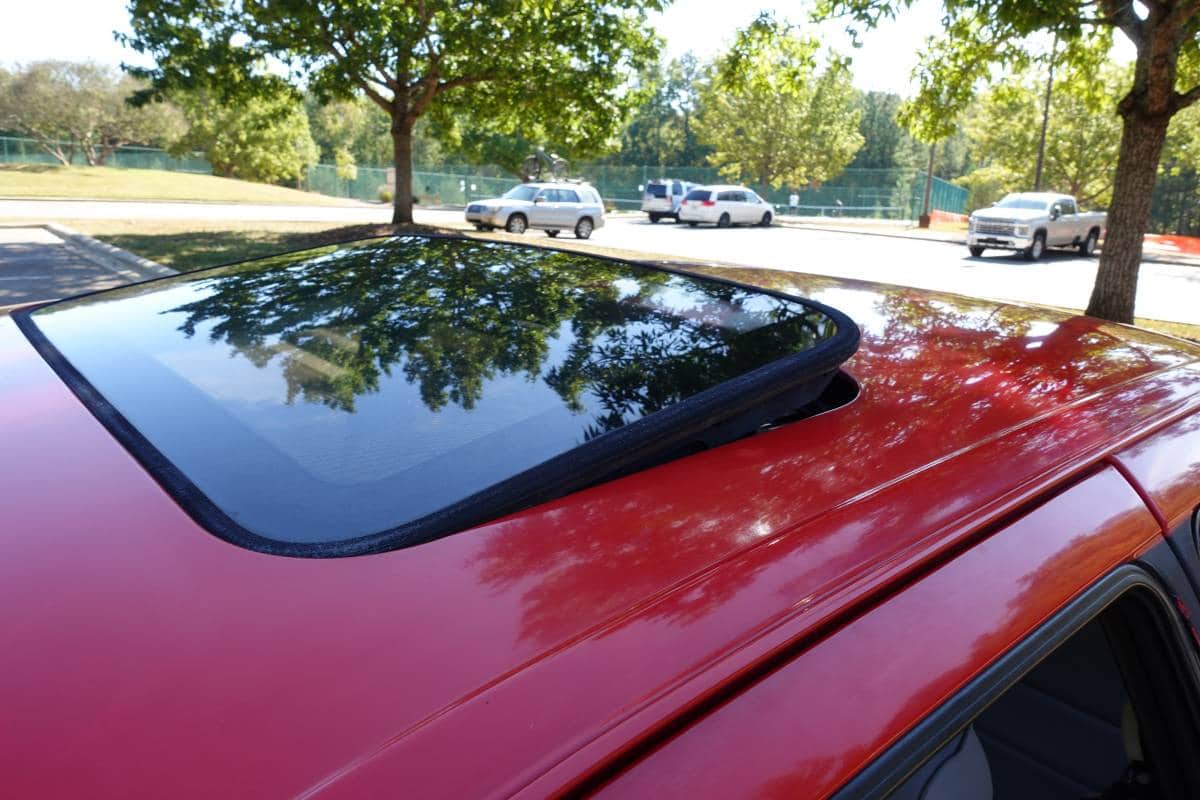 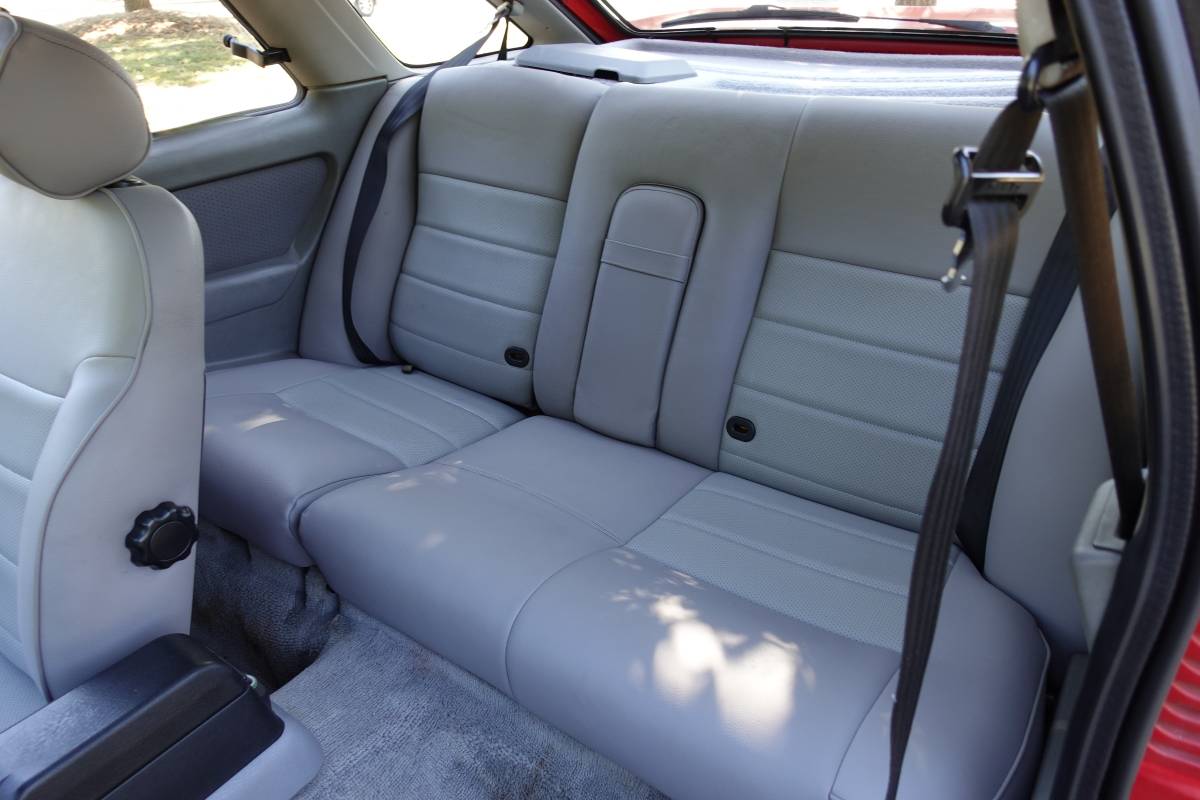 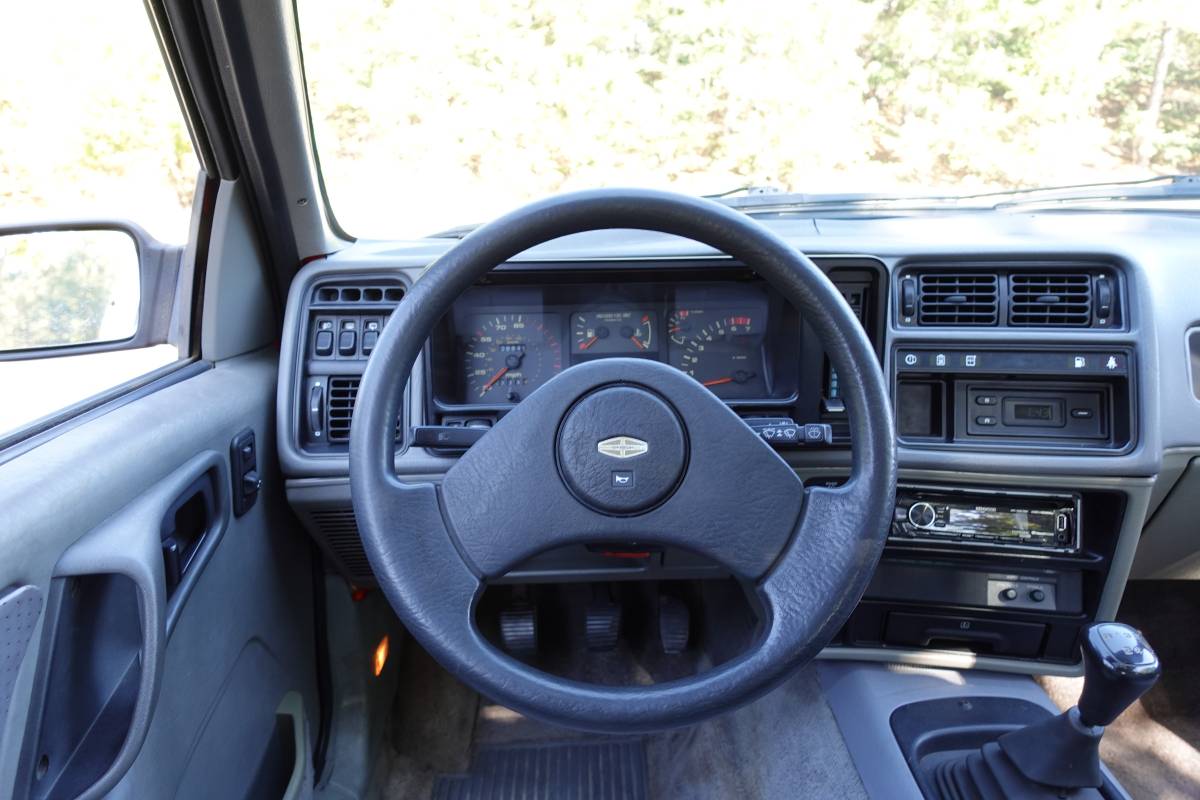 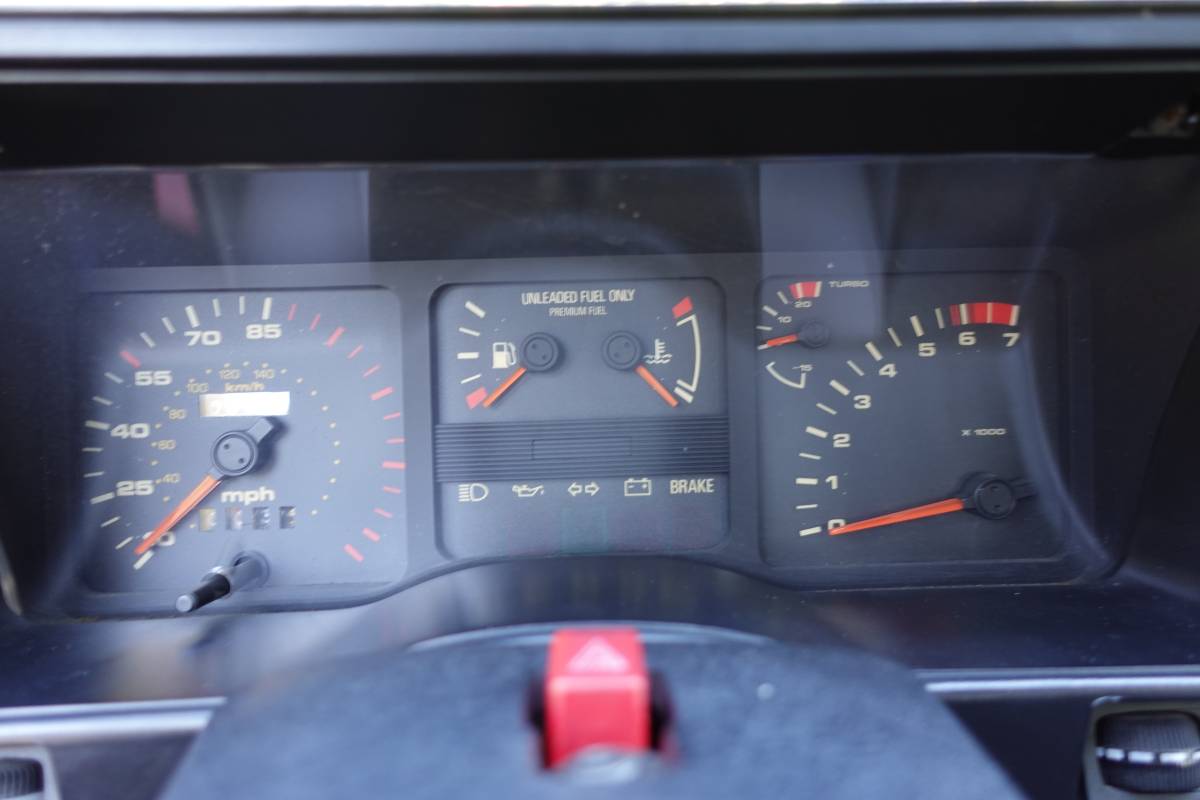 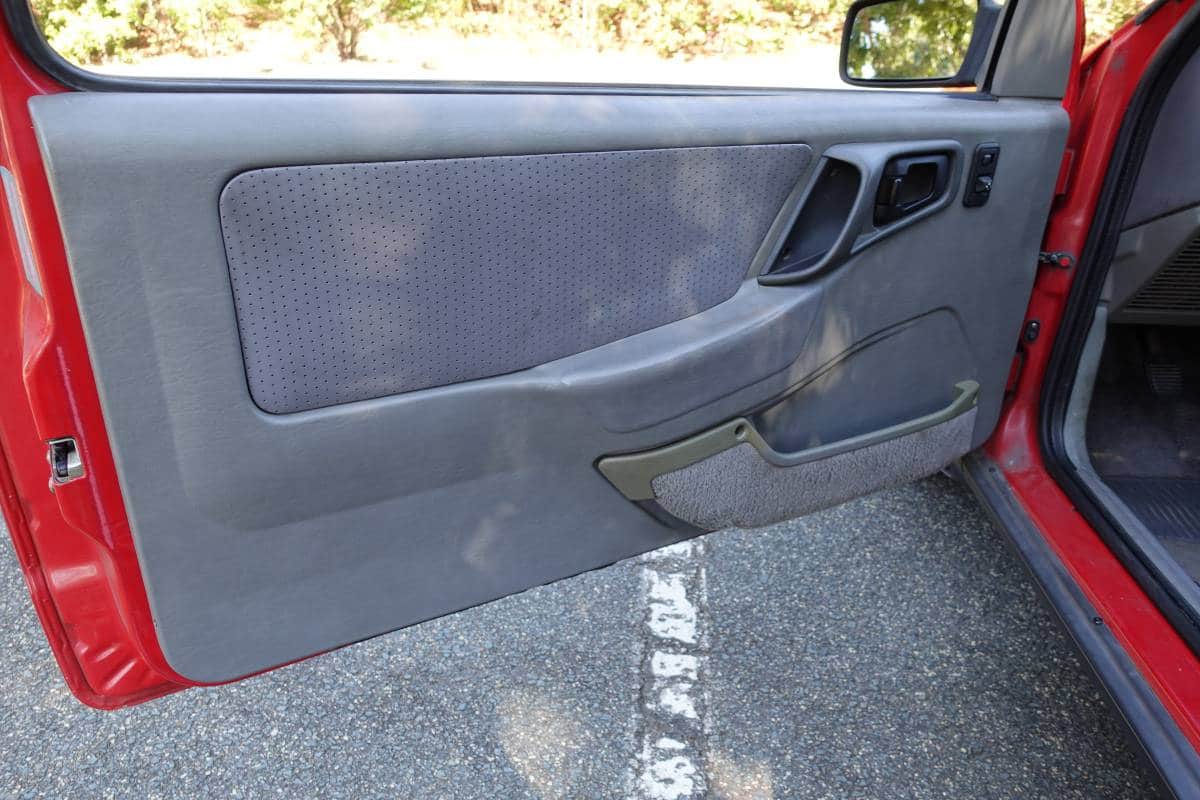 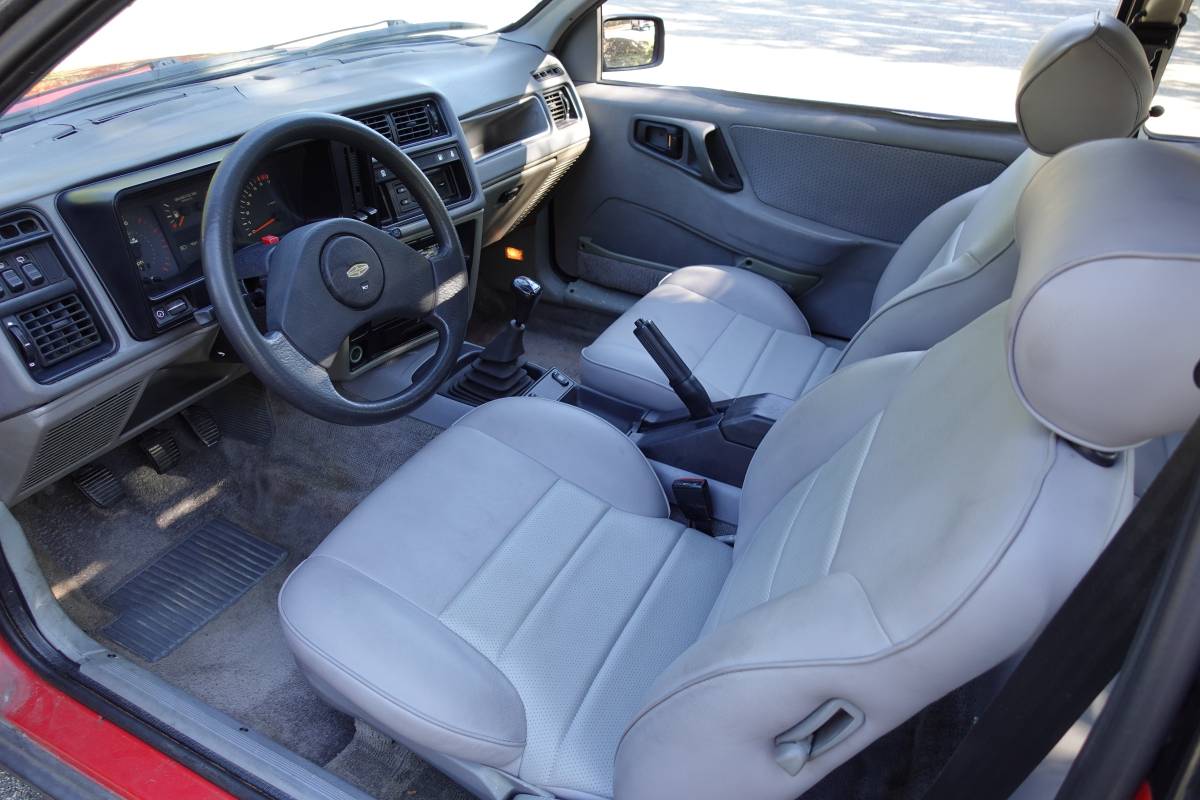 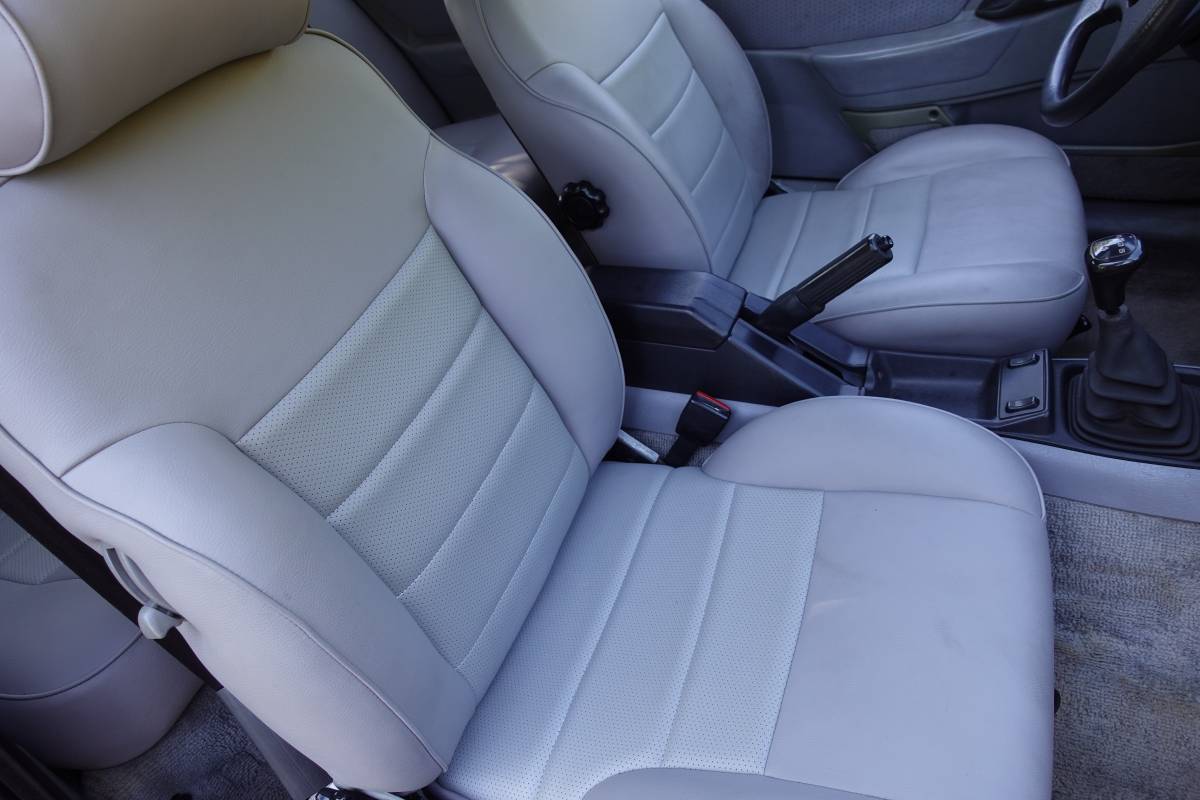 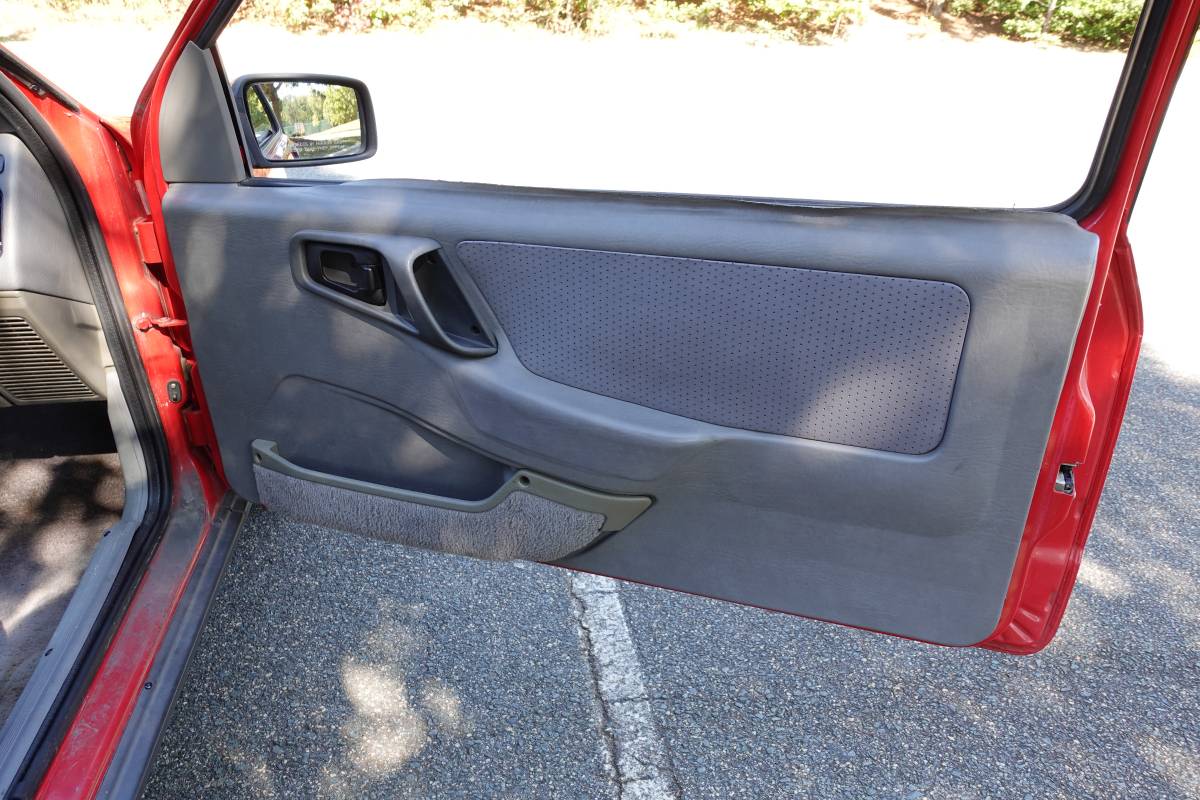 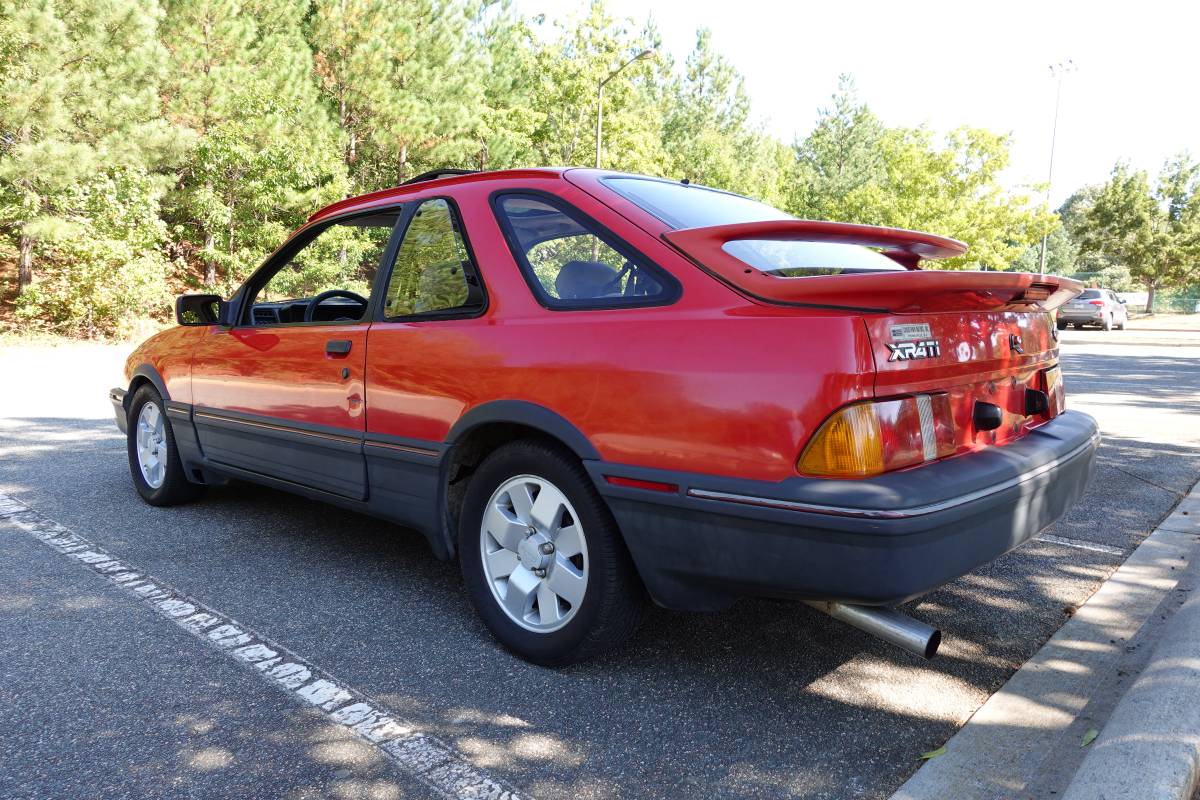 December 2, 2021 Update – We just confirmed the listing for this “Classifind” expired, so with no replacement found we’re assuming this ride “Sold?” While this one got away, please reach out either by email or call us directly if you’d like to be informed when we come across something similar.

The freshmen class of 1980s hot hatches was one of the best years for enthusiasts to find a sport compact car of their choice: front wheel drive, mid-engined, turbocharged, and everything from inline-sixes to V8s: it was a good time to be alive. The Merkur XR4Ti was part of this grouping, and this 1987 model originally listed in November 2021 on Craigslist in Matthews, North Carolina comes with extensive recent maintenance and just over 100,000 miles for $8,900. Comparing this price against the Hagerty Insurance Online Valuation Tool confirms this private seller has overshot the “Concours” valuation by a bit, as Hagerty claims the best of the best is valued at just $7,300.

The Merkur was an oddball in a sea of widely accepted cars, fighting against the likes of the Volkswagen GTI, Toyota Celica, Honda Prelude, and even its sibling, the turbocharged Ford Probe. It’s a miracle the XR4Ti was able to grab any enthusiast’s attention at all, but the appealing packaging and European Ford-inspired design certainly helped it to stand out. With the iconic bi-plane rear spoiler and turbocharged powerplant, the Merkur was definitely unique compared to its peers, but in some ways, you can’t help but wonder if those distinguishing qualities made it more difficult for potential buyers to wrap their heads around. A Ford from Europe, with a turbocharged four-cylinder found in the Fox-body Mustang and a rally-inspired rear spoiler? Yes, it was different, but for those that got it, they found a willing backroads companion.

The MotorWeek Retro Review YouTube Channel features their original review of the XR4Ti when the car launched in the U.S. in 1985:

The seller is asking for all the money for his, especially considering the car doesn’t have perfect cosmetics. However, the maintenance list is extensive, including a brand new head, head gasket, intake gasket, and more; all-new cooling system components; new starter, alternator, injectors, fuel pump, and more; and electronics that are all said to largely work aside from some wonky foglights. It’s safe to say the seller has definitely invested more heavily in his Merkur than many of the caretakers of surviving examples have, and it also comes with recently reupholstered front seats and no rust to speak of. The seller promises to throw in some spare parts, including some new front KYB struts to go along with the rears that were replaced by the previous owner. Despite the pluses, I’d still attempt to bargain down considering the market isn’t exactly on fire for these at the moment.

“Grab a pair of shades and queue some MTV because this quirky 80s car is a Merkur XR4Ti. The USA version of the venerable Ford Sierra XR4i. Armed with a non-intercooled turbo Lima engine borrowed from the Mustang SVO, this bad boy gets nothing but confused looks from people probably wondering what the heck it even is.

Okay seriously, this car is a blast to drive. There’s no feeling in the world like rowing through the gears in a classic sloppy Merkur five-speed manual transmission while listening to the wickedly-cool spool of an old-school 80s turbo. You will definitely be a prime attraction at the next car meet when everyone asks, “Yo! What kind of Escort is that?!”

I really love this car and I hate to see it go. But I have to part ways with it to finance my new project. I have done extensive work and it really is a sweet ride. It starts up great and is ready to go anywhere. I’ll list the good and bad below (kick back and relax because this is gonna be long).

The bad:
-Double spoiler is in really rough shape (honestly still the coolest bit of this whole car)
-paint on the passenger fender is in poor shape
-a few dings and scratches here and there (especially the one on the door)
-Epic awesome incredible 80s Ford EFI tuned from the stock 15 PSI to a blisteringly-fast 17 PSI. Cool and works fine, but personally, I’d just upgrade the ECU and get a new tune
-Volkswagen coolant reservoir instead of the stock reservoir (a common modification on Merkurs)
-Brakes are beginning to squeal. Probably could use a brake job
-Windshield washer sprayers work brilliantly at washing the windshield of the car following you
-Some plastic bits on the exterior have gotten brittle and broken
-Gas gauge doesn’t read correctly. Probably the float is broken or incorrectly positioned since it sometimes reads there is fuel when parked on a hill
-I have brand new KYB front struts that I haven’t installed yet because I can’t find new strut tower mounts. However, the old struts in the car are okay…for now
-rear hatch lock is broken (like every Ford Sierra on the planet)

That’s it! These unique 80s cars are steadily climbing in value and, as rare as the Merkur XR4Ti is, there aren’t many left to snatch up! I have the clean title in hand. $8900 or best offer. Cash/cashiers check only.

PS: I’ll toss in the new KYB front struts I have along with some other goodies (old parts and new).”