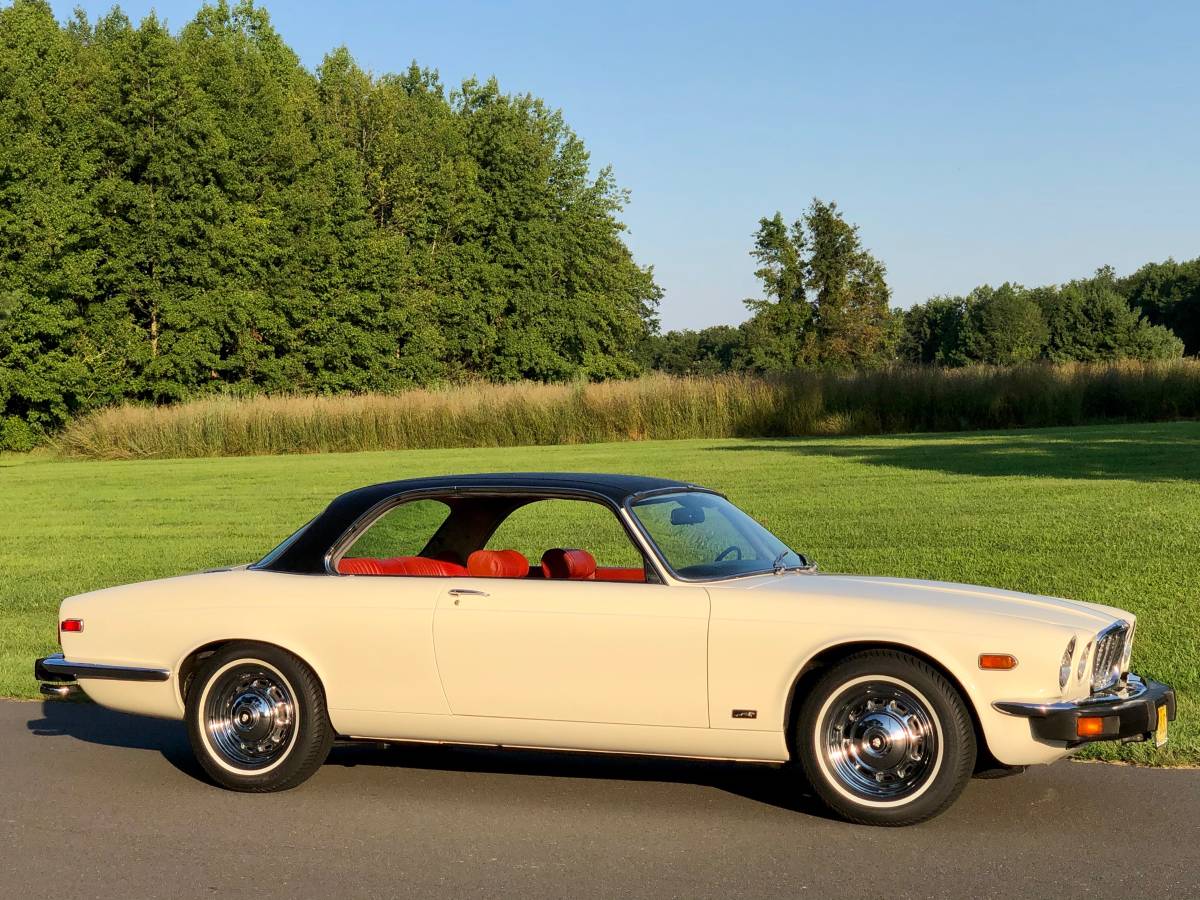 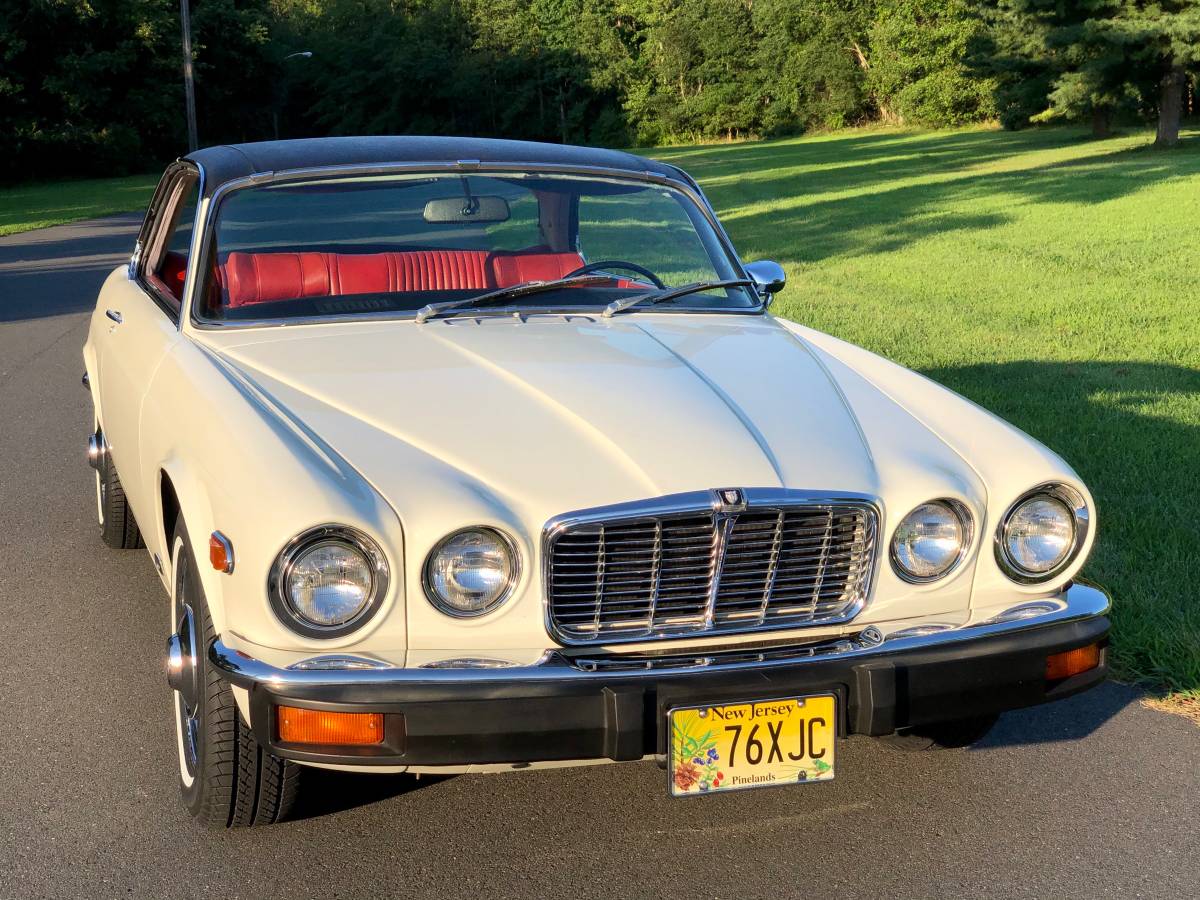 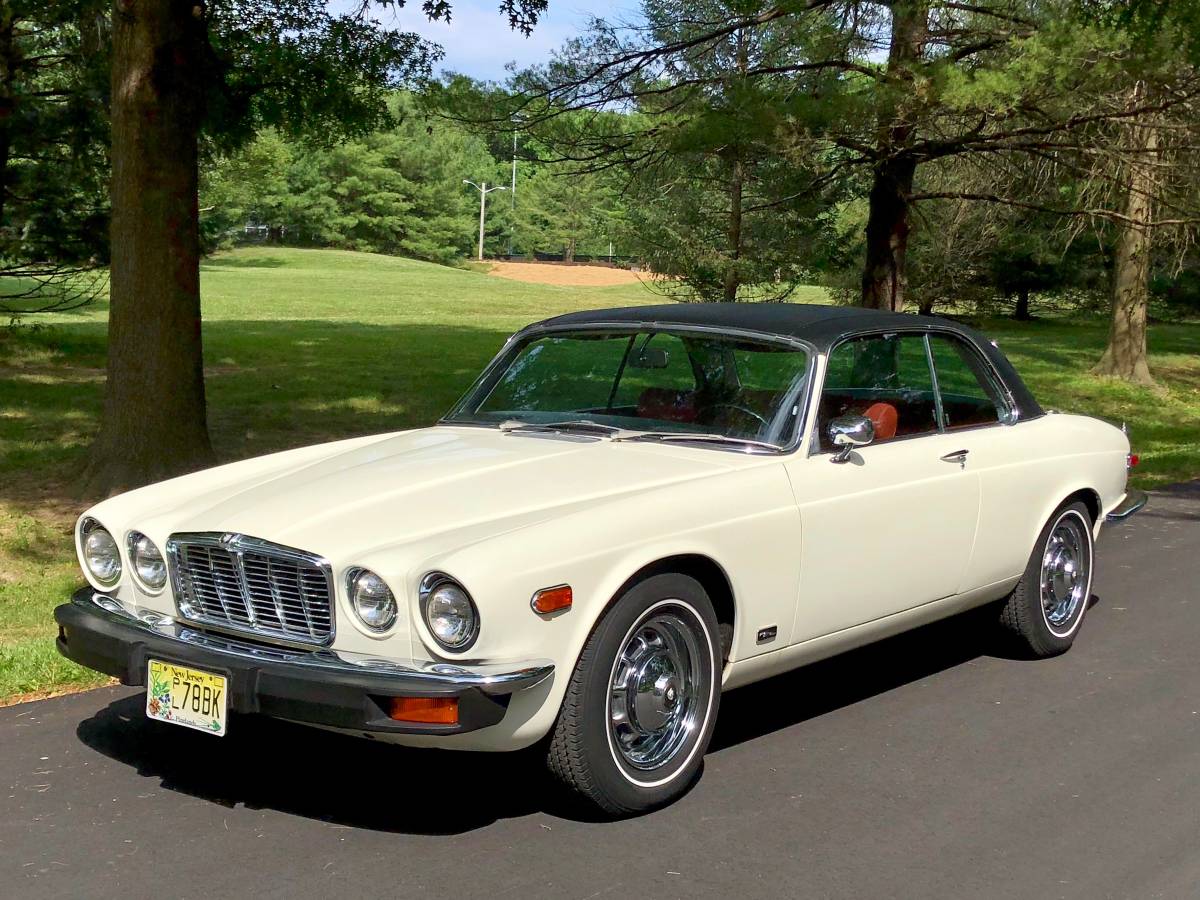 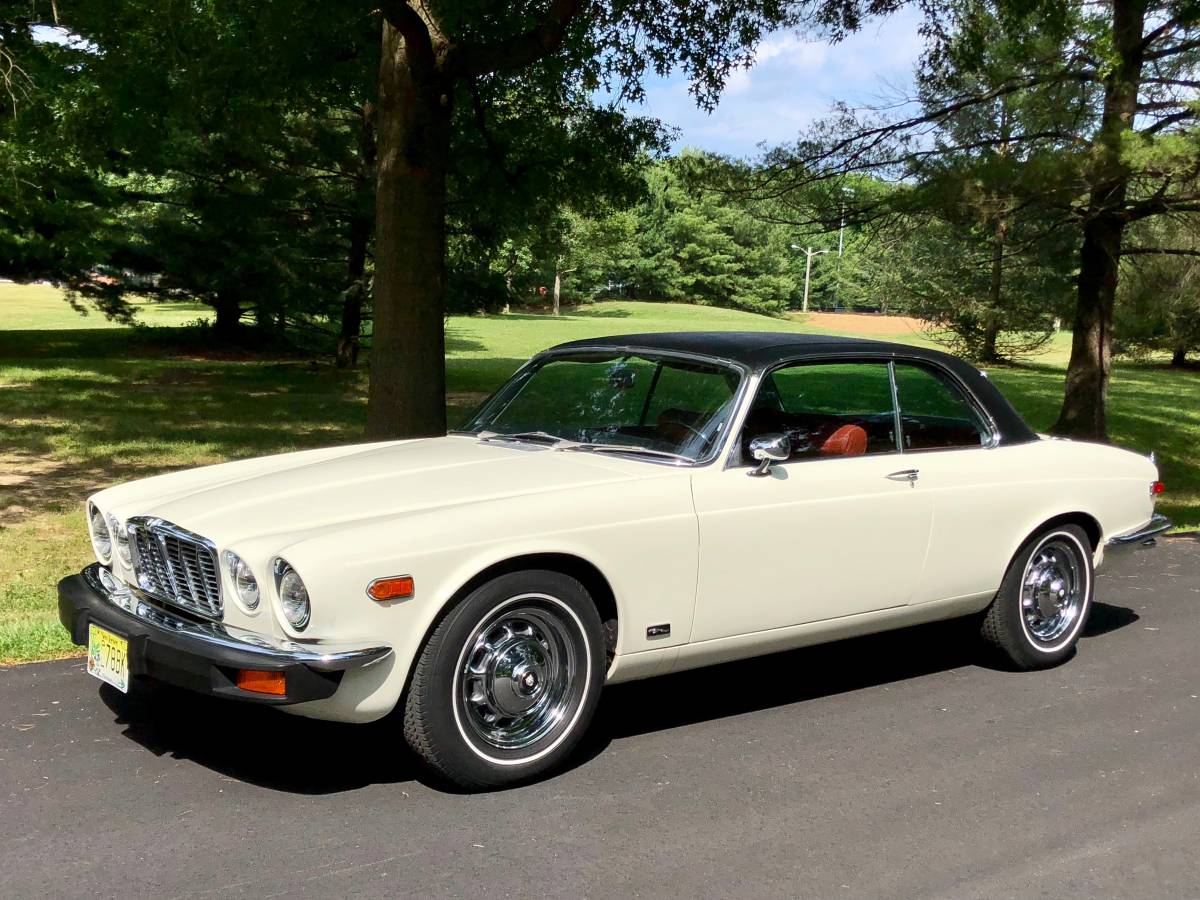 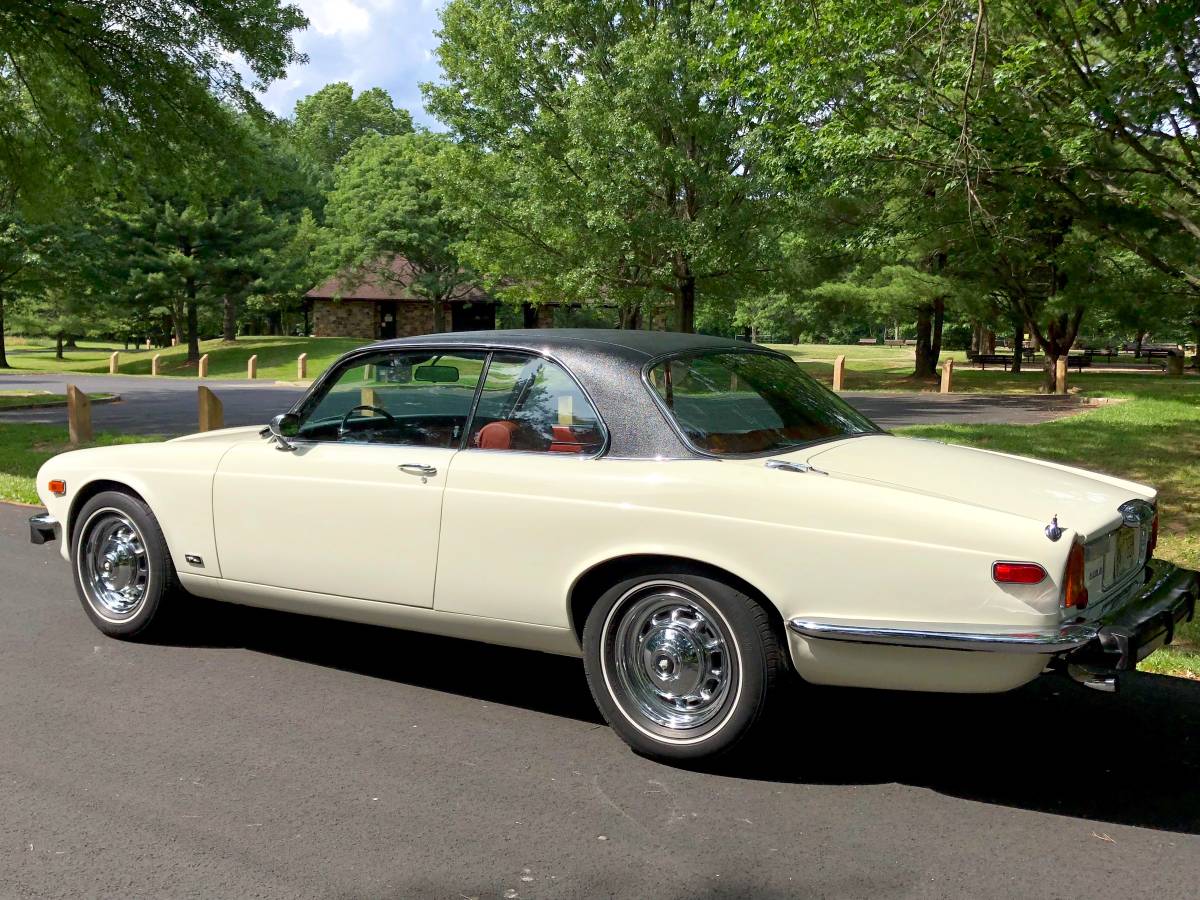 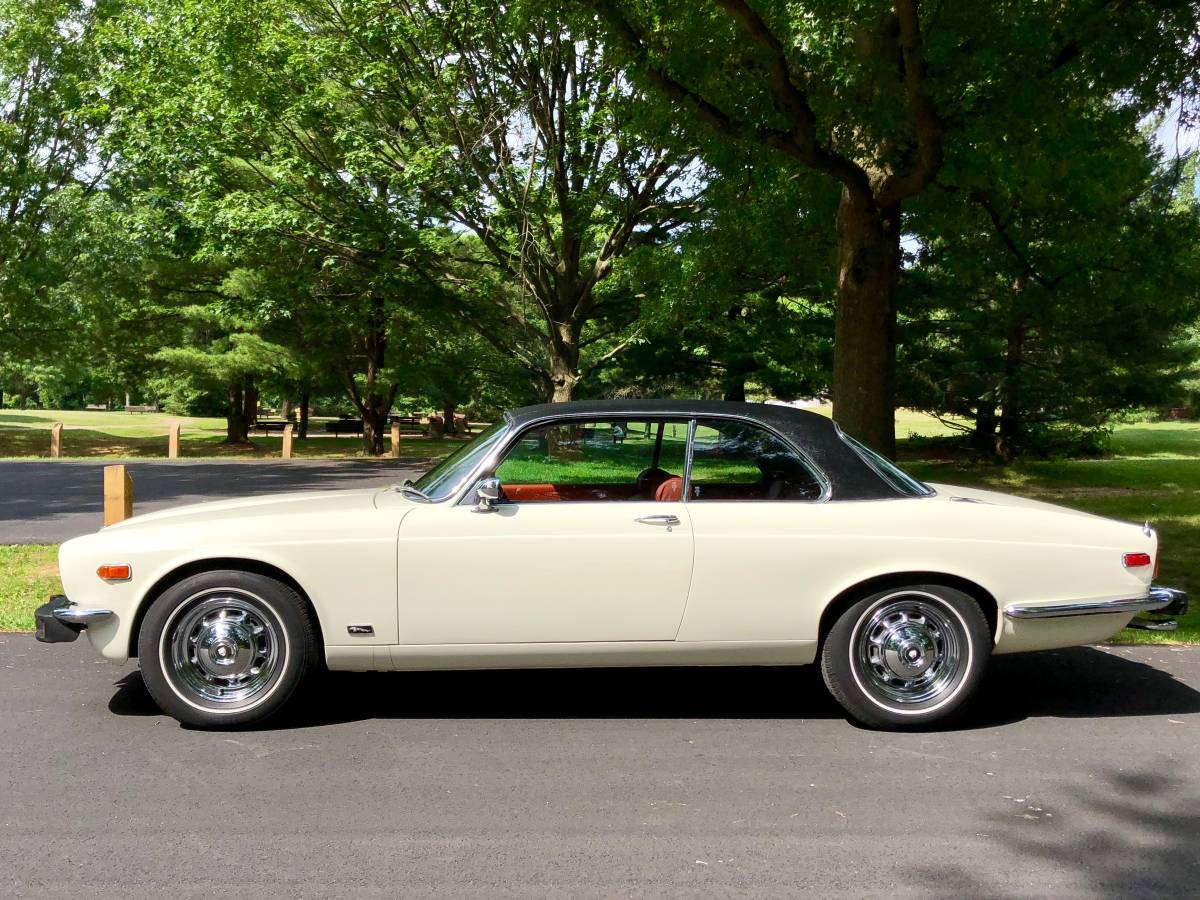 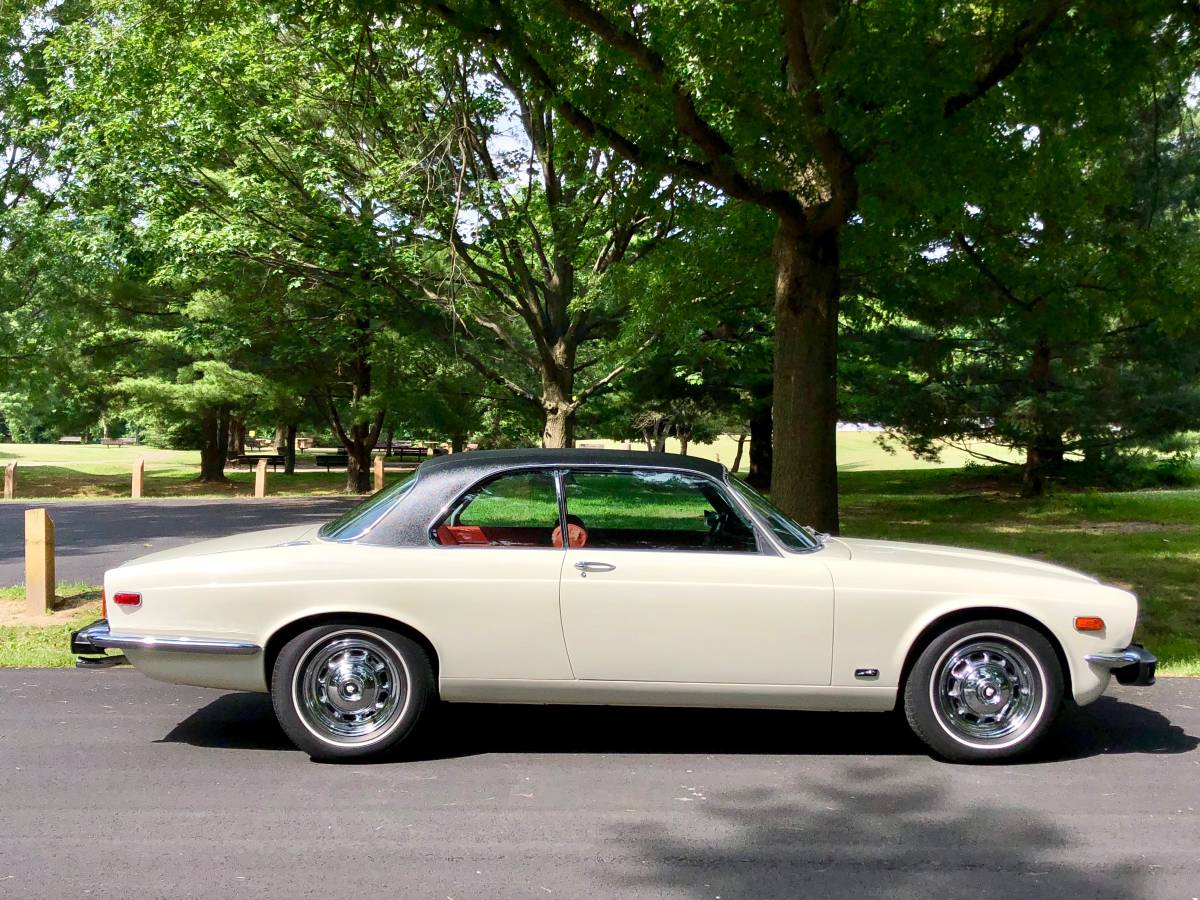 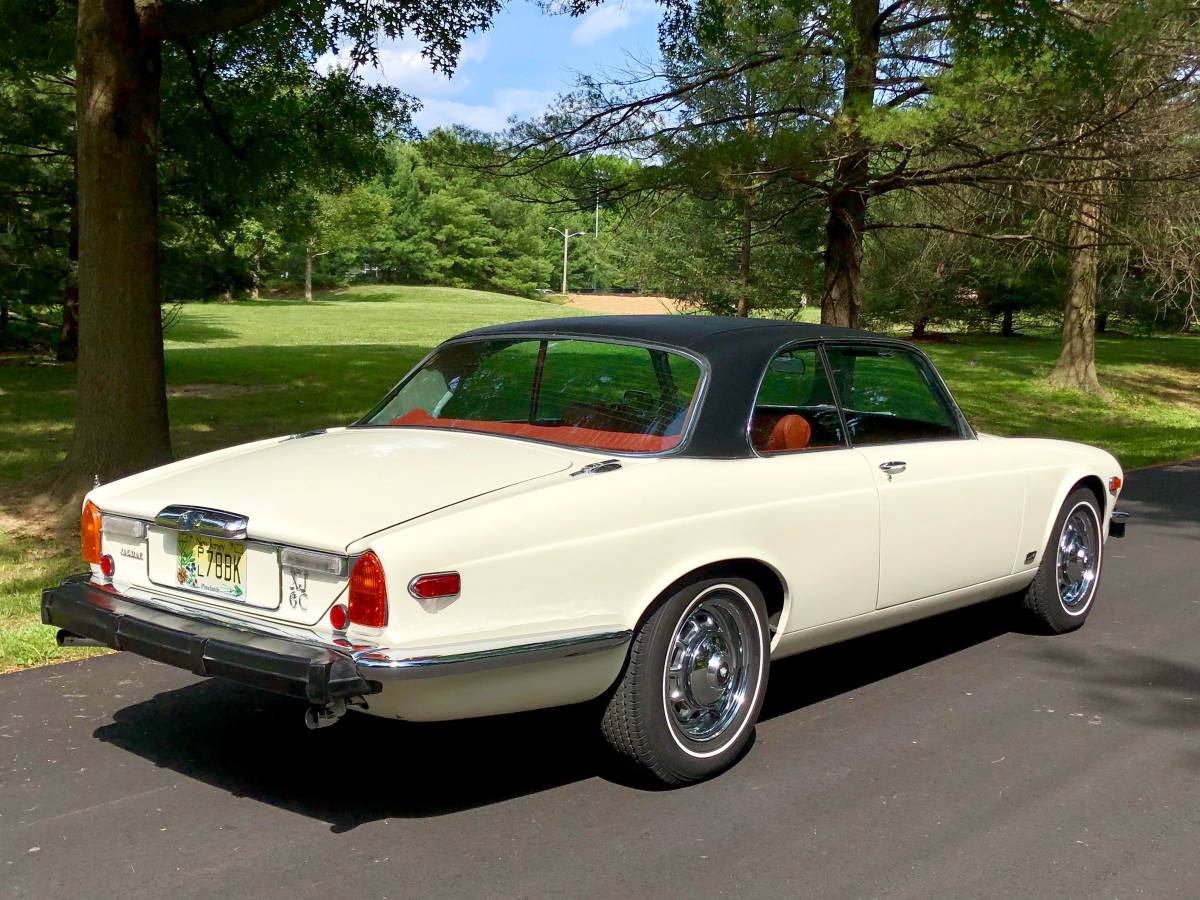 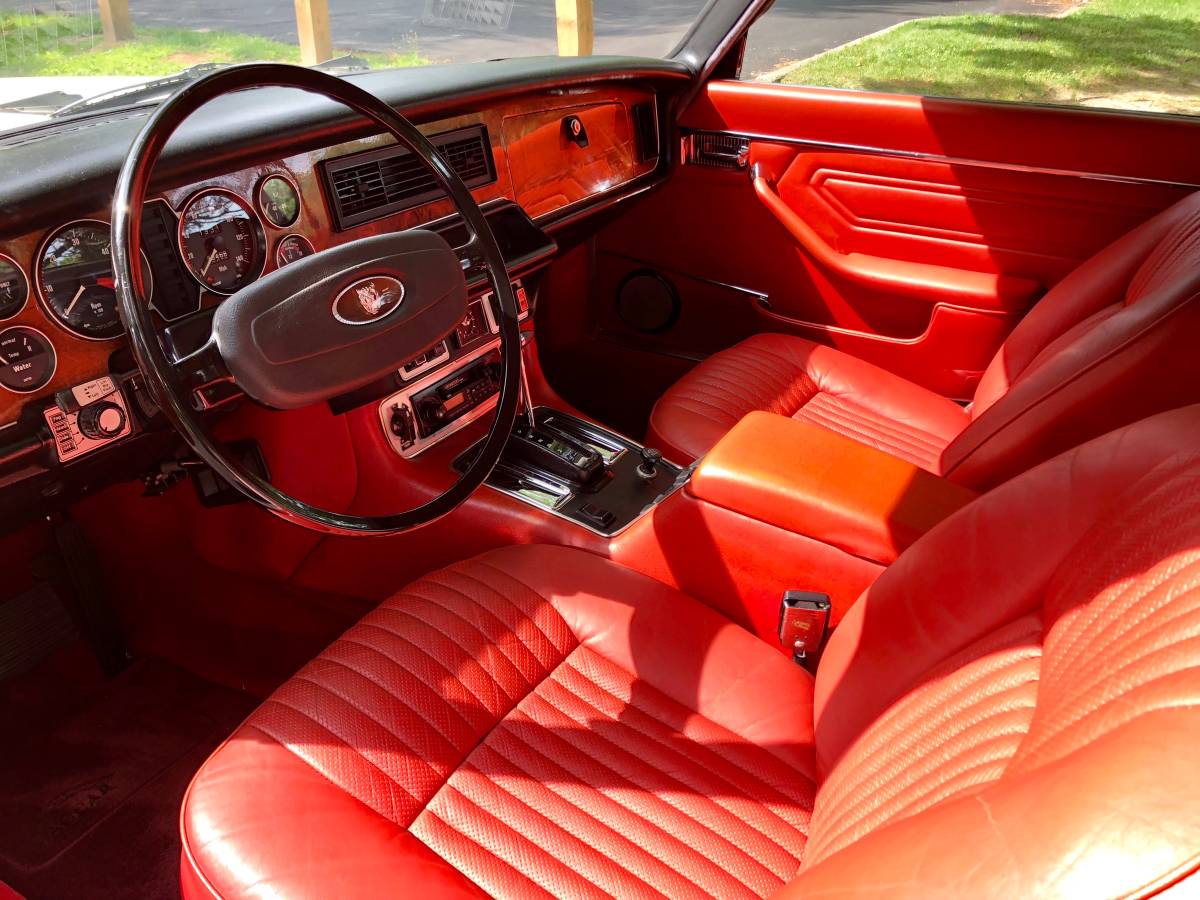 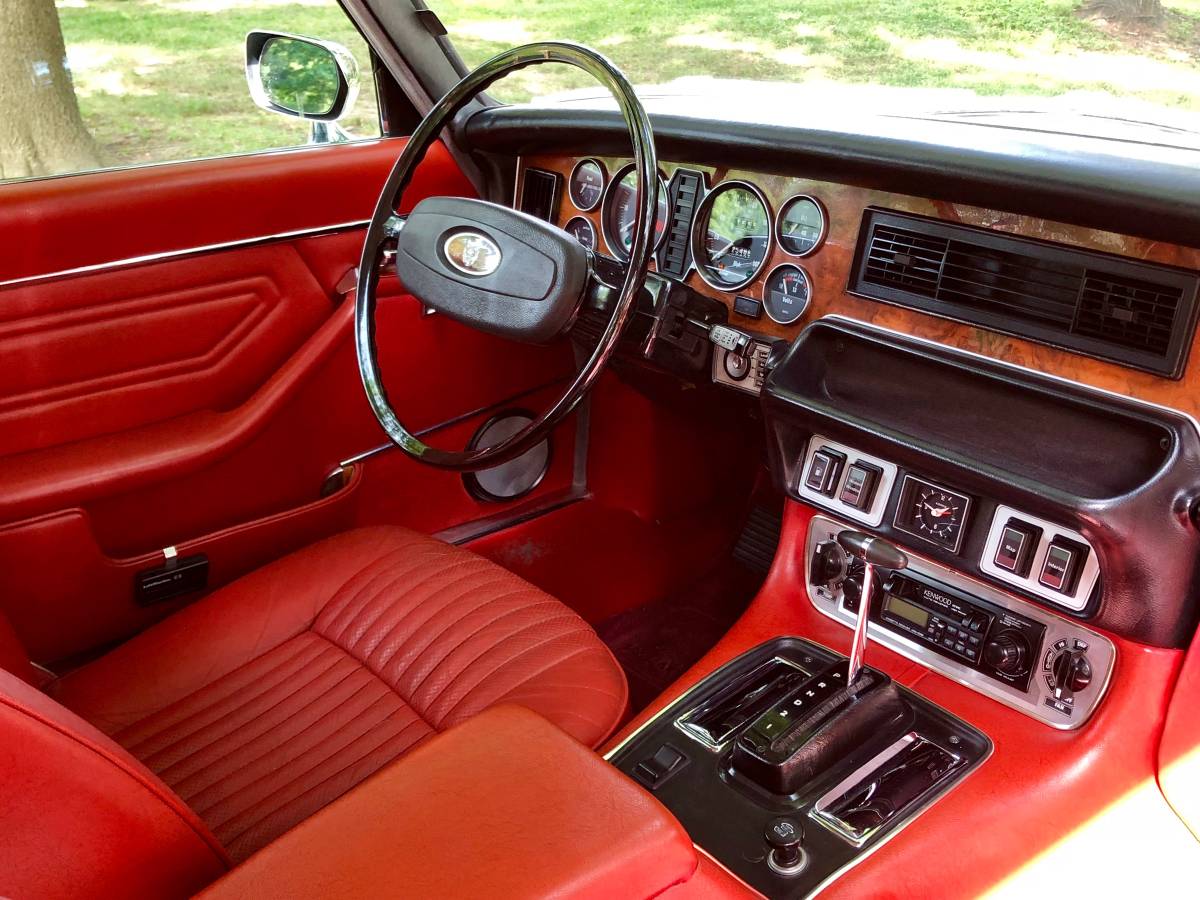 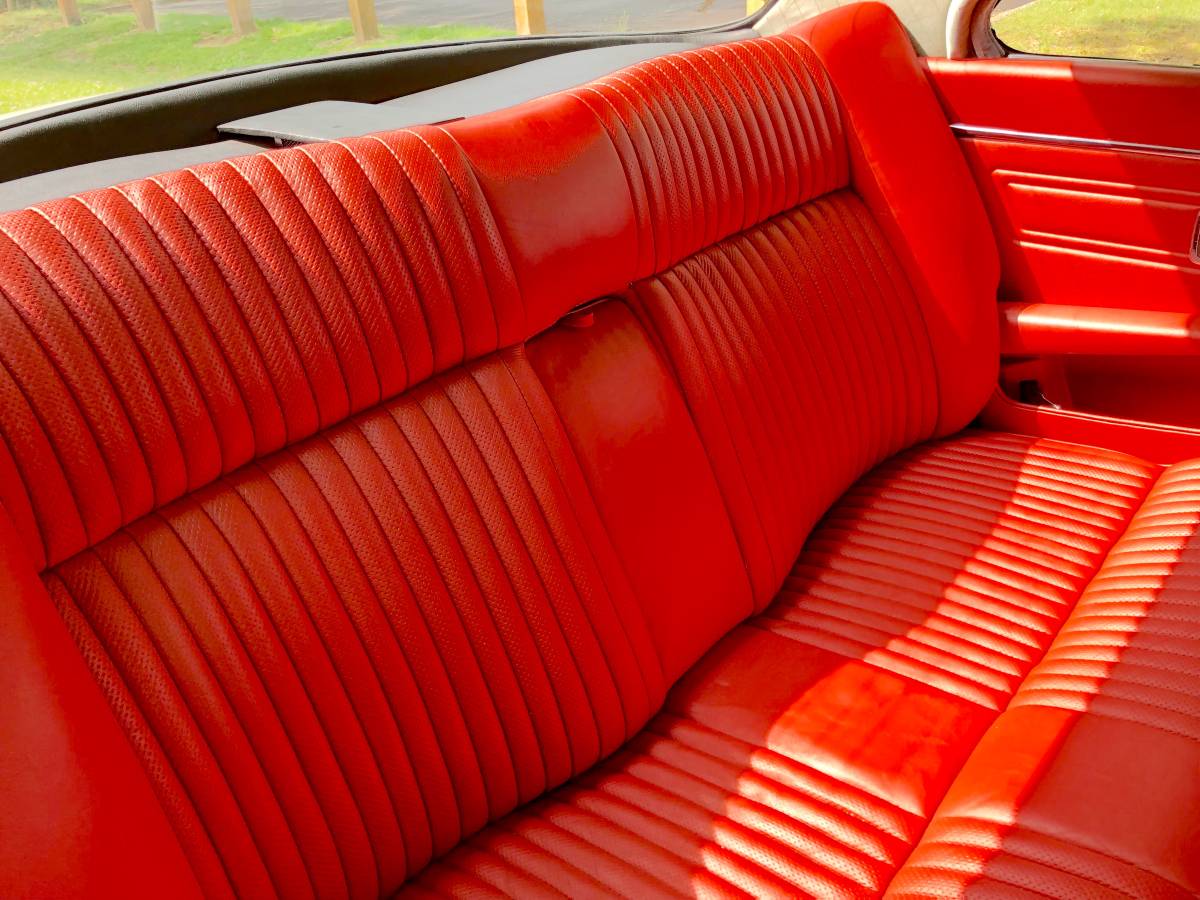 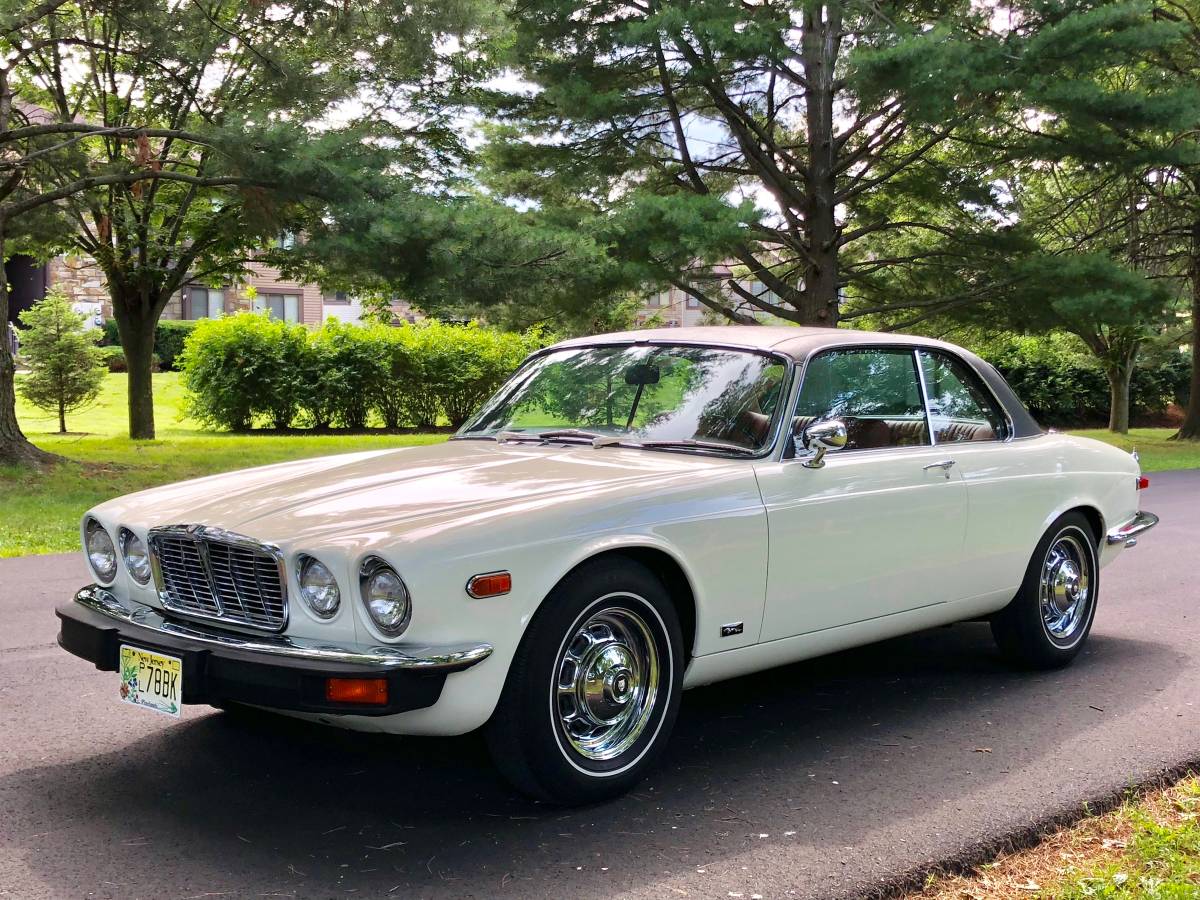 Nearly everyone agrees the Jaguar E-Type remains the best-looking car the company ever produced. After that, the XJ pillar-less two-door hardtops produced for only three model years in the mid-1970s ranks in our top five Jaguars to own. With less than four thousand produced during that short production span, finding one for sale is a rare opportunity. While at the Barn Find-end of the spectrum, GuysWithRides currently has this 1976 XJ-12 project car available at auction, for those where only the best, original examples in Concours condition will do, we spotted this stunning Cream-over red 1976 Jaguar XJ-6C originally listed in November 2021 on Craigslist in New York but located in Portland, Oregon.

Currently offered at $55,000, a review of the Hagerty Insurance Online Valuation Tool confirms the seller’s ask is over $17,000 above this guide’s #1 “Concours” appraisal of $37,900.  Similarly, a quick check of the Collector Car Market Review confirms the seller’s asking price is $14,000 above this guide’s current #1 “Excellent” appraisal of $41,000. We wonder whether the seller is pushing the higher prices commanded for the V12-powered version on their inline-six example or if they are hoping the prior “Celebrity Car Collector Owner in Los Angeles” provenance adds value. In our book, it doesn’t, and consequently, we’re awarding the seller our latest “NEW!” (short for “No Effin Way!) Award for an asking price that is well beyond what the market bears currently.

While around 80,000 Series II XJ’s (equipped with either six- or 12-cylinder engines) produced between 1973 and 1979 were four-door sedans, only 9,378 of the gorgeous two-door hardtop coupes were built between 1975 and 1978 (less than four thousand of these came in V12-powered form).  Built on the short-wheelbase version of the sedan, the coupé’s elongated doors were made by sectioning two four-door skins.  These coupes came with a standard vinyl roof as there was concern the roof flexed enough that the paint used at the time would begin to crack. While the hardtop style increases wind noise and the propensity to leak in rain, on a clear sunny day, there’s something about cruising around with all of the windows rolled down.

We get why they would advertise the car on New York’s Craiglist, however, you’ll have to ask the back story of why this New Jersey title 1976 Jaguar XJ-6C currently resides in Portland, Oregon.  While there is no question based upon the pictures provided this Concours-quality example is among the best still in driving condition, we believe the seller will likely have a hard time finding a buyer to pay the current premium desired.

“Concours-level mint condition all original 1976 Jaguar XJ6C with only 26,000 original California miles, owned by a celebrity car collector in Los Angeles and now by Jaguar collector. Extremely rare 2 door coupe model – one of 3,899 left-hand-drive made between 1975-1977. Must-see car with Jaguar Heritage Certificate and all paperwork. All original except for tires and hoses and other engine routine maintenance. Never taken apart or restored. All numbers match. Extremely rare car in this condition. The paint and interior are in practically new condition. Never in rain or other water. The body and interior and underbody are perfect. All electronics and features work with no issues at all. Spent its entire life in dry Southern California climate. Serious buyers only. Car is garaged in Portland, OR and has clean New Jersey title.”

Show or go: What would you do with this Concours-Quality 1976 Jaguar XJ-6C survivor?  Comment below and let us know!