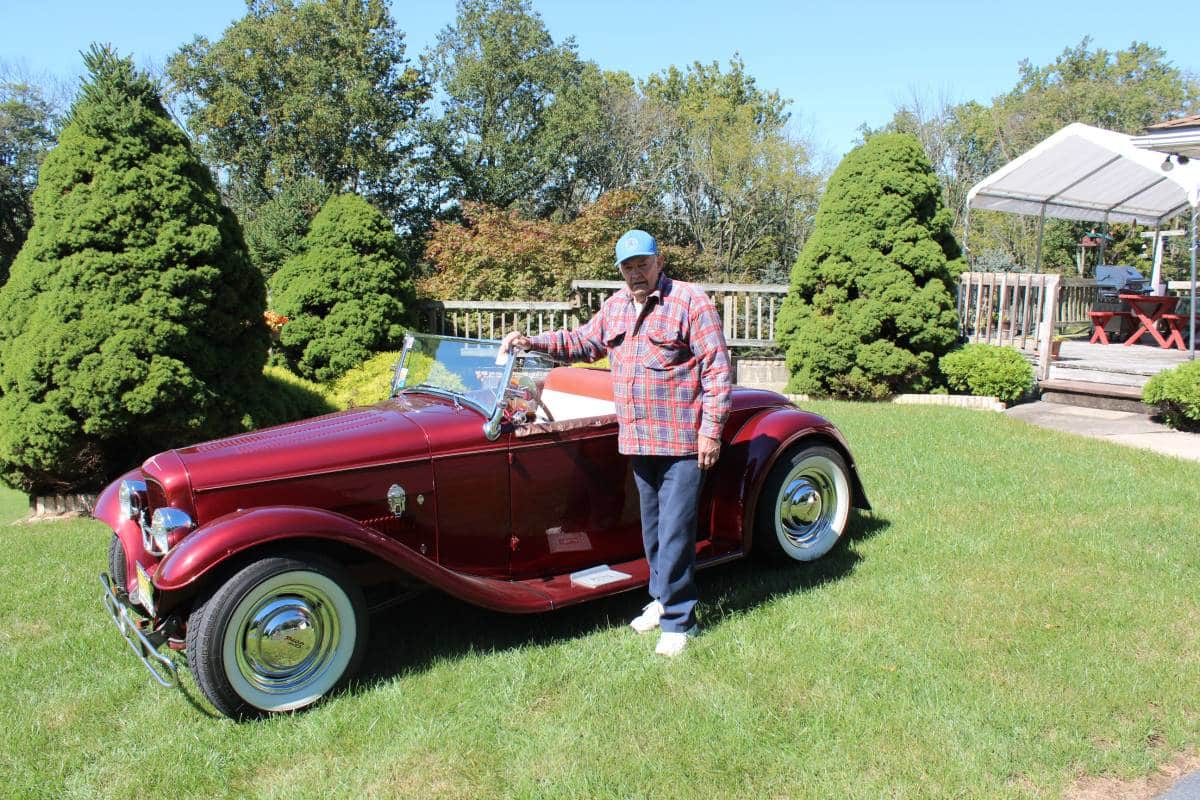 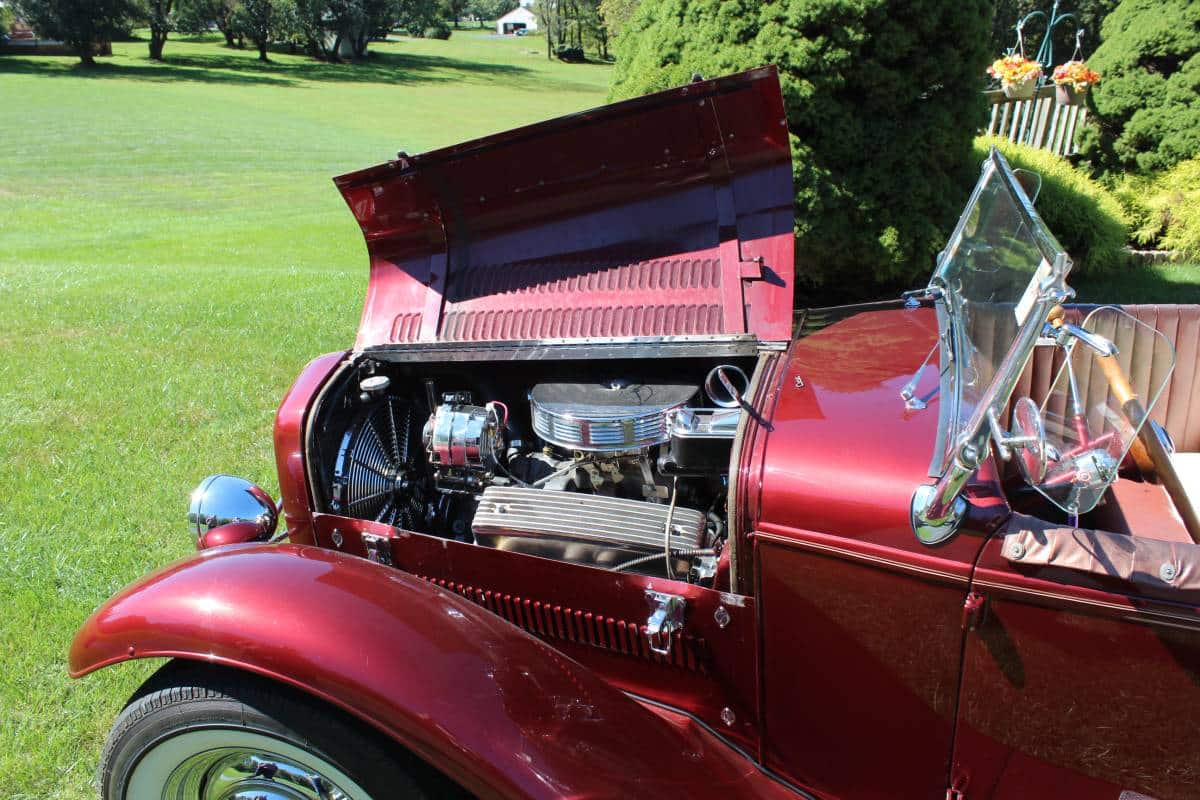 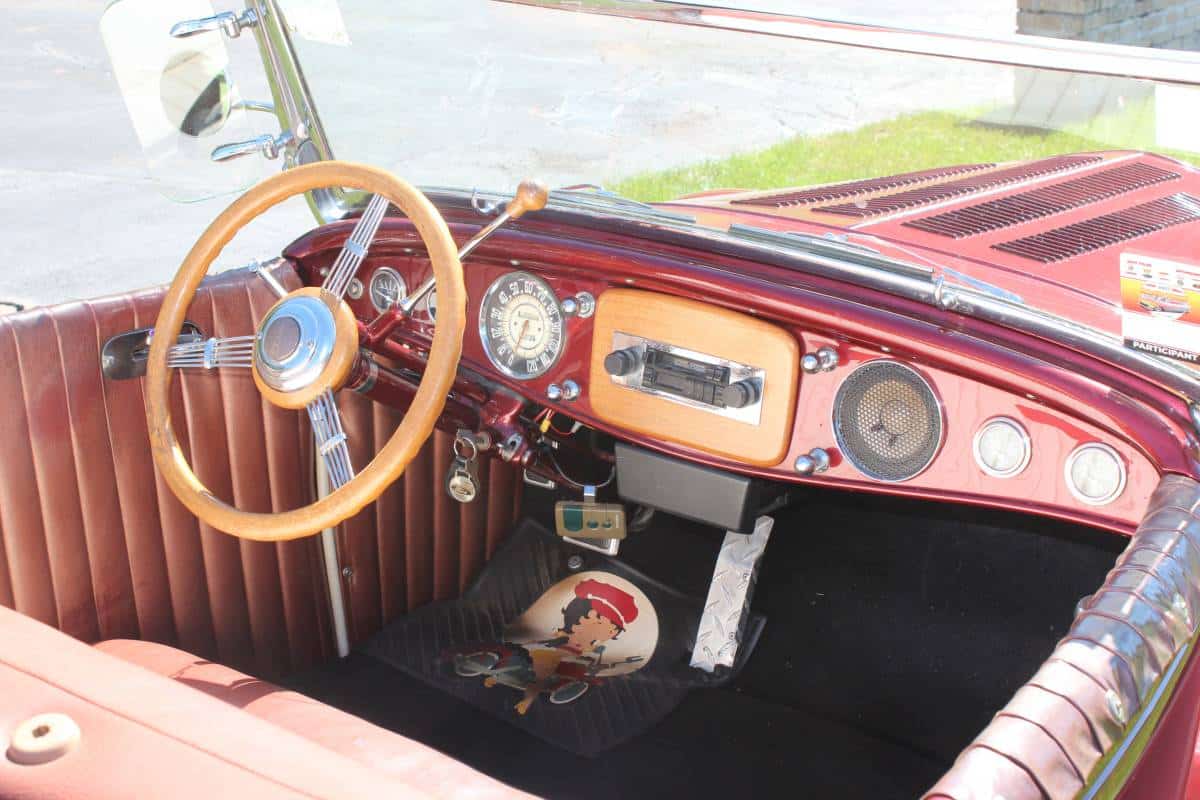 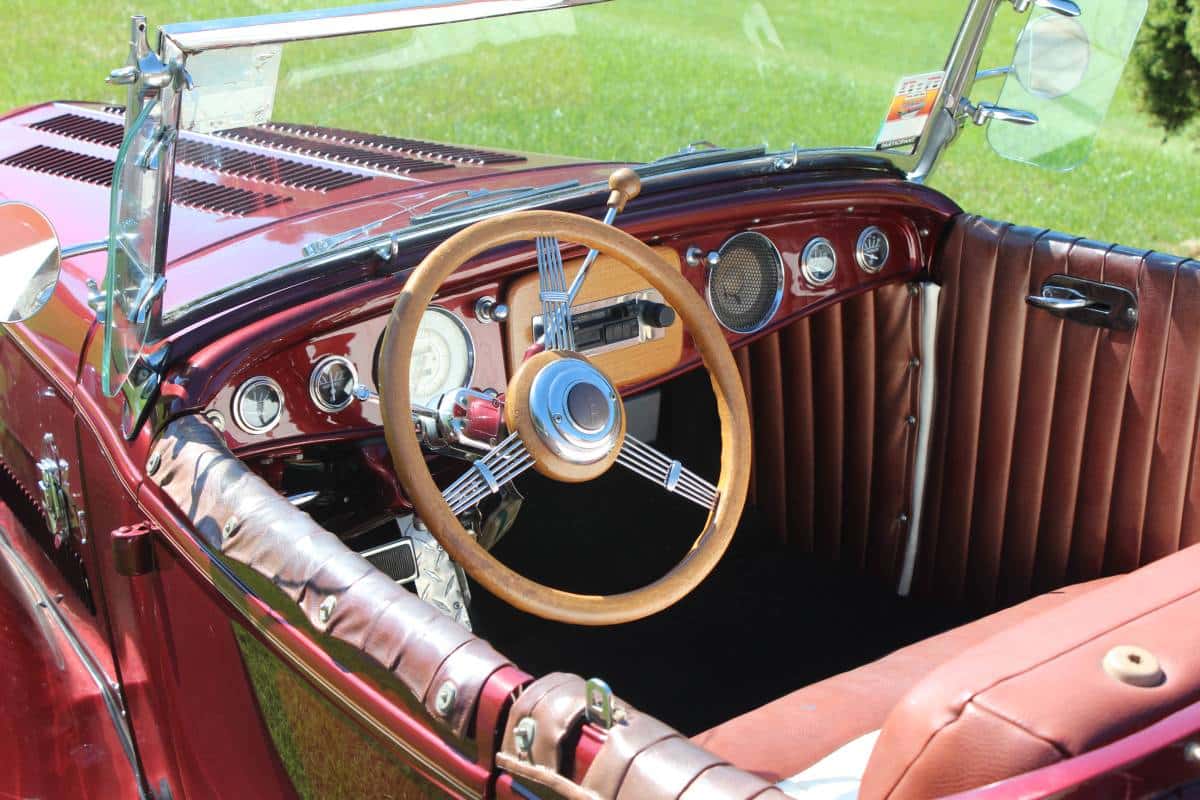 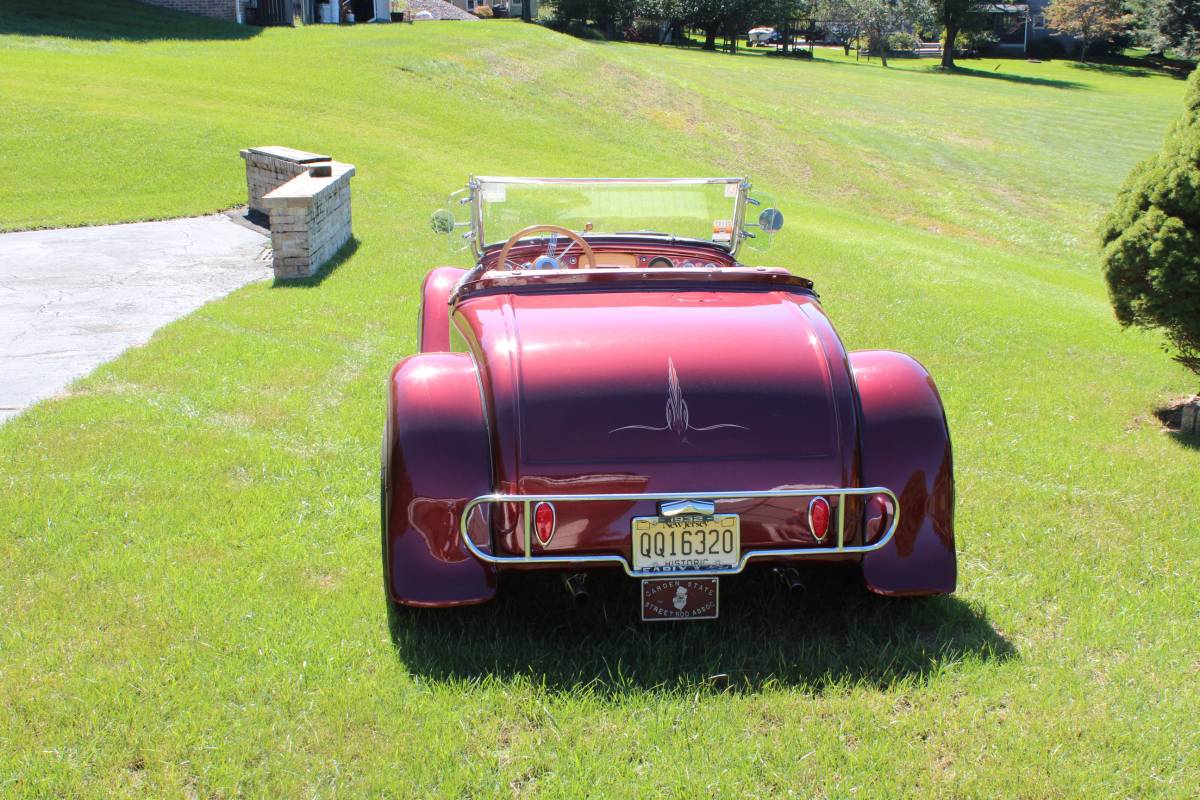 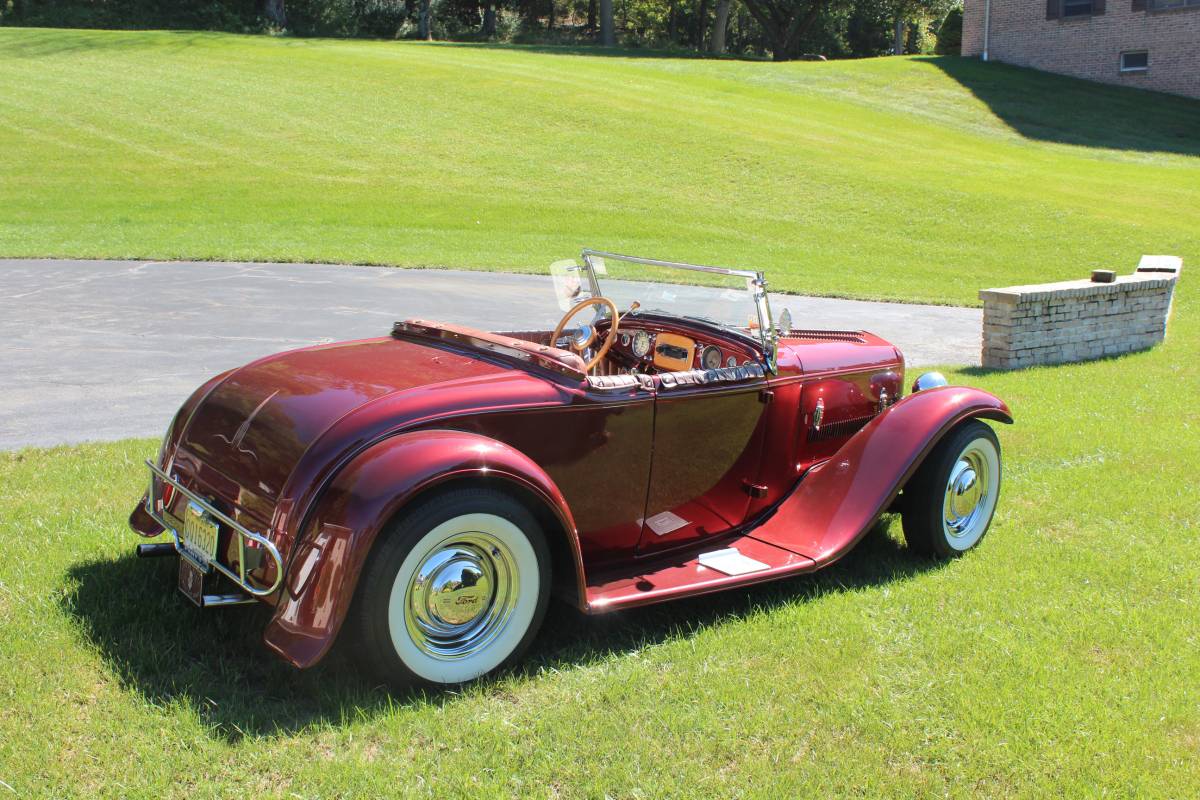 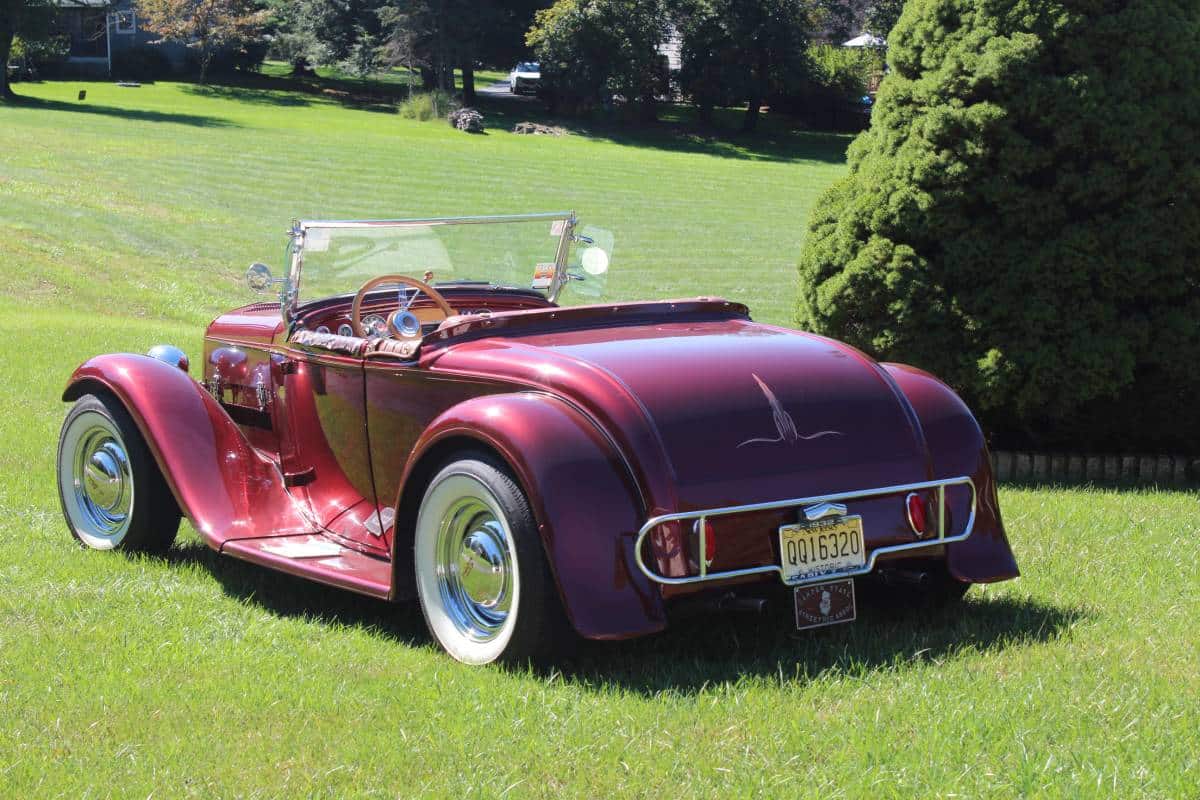 We’re somewhat picky when it comes to featuring Street Rods on GuysWithRides.com. As a rule, we avoid any Ford powered by anything other than a Ford motor. We also like finding examples that feature true old-school customization versus modern-day component builds using reproduction parts.

This 1932 Ford Roadster originally listed in November 2021 on Craigslist in nearby Clinton, New Jersey is a prime example not only of a Street Rod that meets our criteria but on top of that is such a great story reflecting the seller’s seventy-year relationship with the car. Specifically, the caretaker of this Street Rod, now 87, first started building the car in 1952 at the prime age of only 17. Over the past seventy years, he has personally modified the car and enjoyed it all of this time.

When we came across the ad, we immediately recognized it as a car we filmed in October at the tenth annual Flemington Speedway Historical Society car show.  Here’s our own video clip of the car we captured during our walk-around of the show. We regret not filming more of this Street Rod:

It’s becoming rarer by the day not only to find a true vintage hot rod built during the actual peak of the era but also to be able to talk to the builder and caretaker of the car.  Take a moment to read the great description provided by the seller’s neighbor who is assisting with the sale.

Here’s the seller’s description, conveyed through his neighbor helping sell the car:

“1932 Ford Street Rod
These are the words of my dear neighbor, Charlie:
“This Street Rod is built using an original 1932 Ford Roadster. It was Channeled over a boxed 32 frame in the summer of 1952 when I was 17 years old. The nerf bars, front and rear were made by me in 1958 as well as the headlight bar with my initial built into it. The mid 50’s Thunderbird 312 c.u. inch was bored out to .60 over with street cam and installed in 1959 as was the Columbia two-speed rear. The fenders and running boards were fitted to the body and a three piece lift off hood was made, all about 1960, all work done by myself. I had it painted at a bodyshop.
The car was completely disassembled in 1998 for a total rebuild. I made a complete stainless steel exhaust system, including headers, all pipes, hangers, clamps. The gas tank is also 100% stainless and holds 13-14 gallons. The fornt axle wishbone is all made with ¾” stainless steel and mounted to the front axle with 4 Heim joints. Much of the car was reassembled using SS bolts-nuts-and screws. I also made a new aluminum 4-piece hood in 1998.
This car is complete, 2 speed electric wipers, up through the cowl, turn signals, hand brake from a 1949 Ford car, 3 speed manual trans and even has two cupholders and AM-FM radio and cassette player. I carry the folding top behind the seat. It also has hydraulic brakes and is 12 volt.
This car is a pleasure to drive, rides well, has no bump steer, handles very well and is a real attention getter, many trophies.
I will be 87 years old in Dec 2021 and age and health dictate that its time to part with my belovedd 1932 Ford. After 70 years its time to let it go. This car is an authentic nostalgic 1950’s Hot
Rod.”

This car is one of a kind, a genuine 1950’s street rod, originally built by a talented young man, modified and improved over decades, and still driven in 2021 by the very same young-at-heart man, seventy-two years later. A unique piece of 20th century automotive history offered at $40,000. The contact information will bring you to me, neighbor Bob, and I will convey serious inquires to Charlie after conversation.“

Show or go: what would you do with this real deal Ford Roadster street rod?  Comment below and let us know!