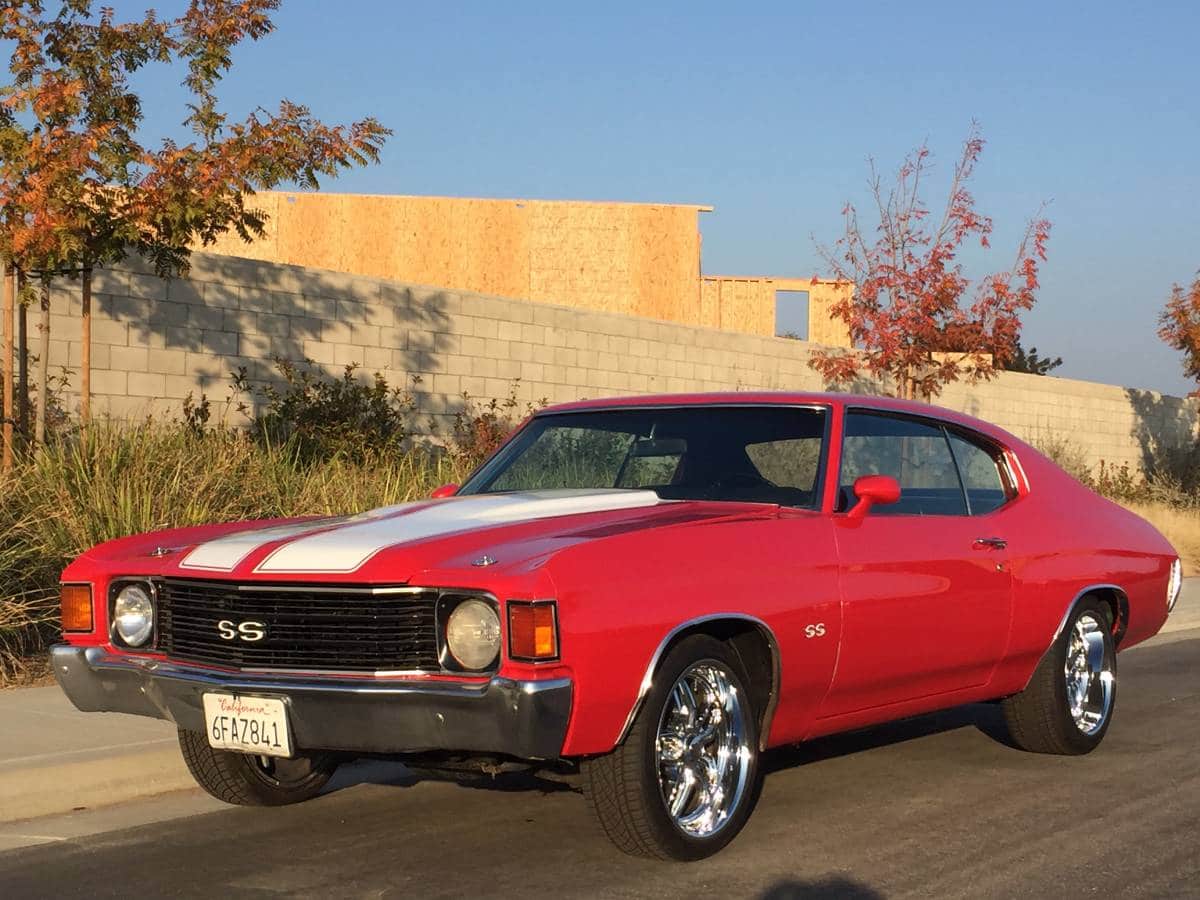 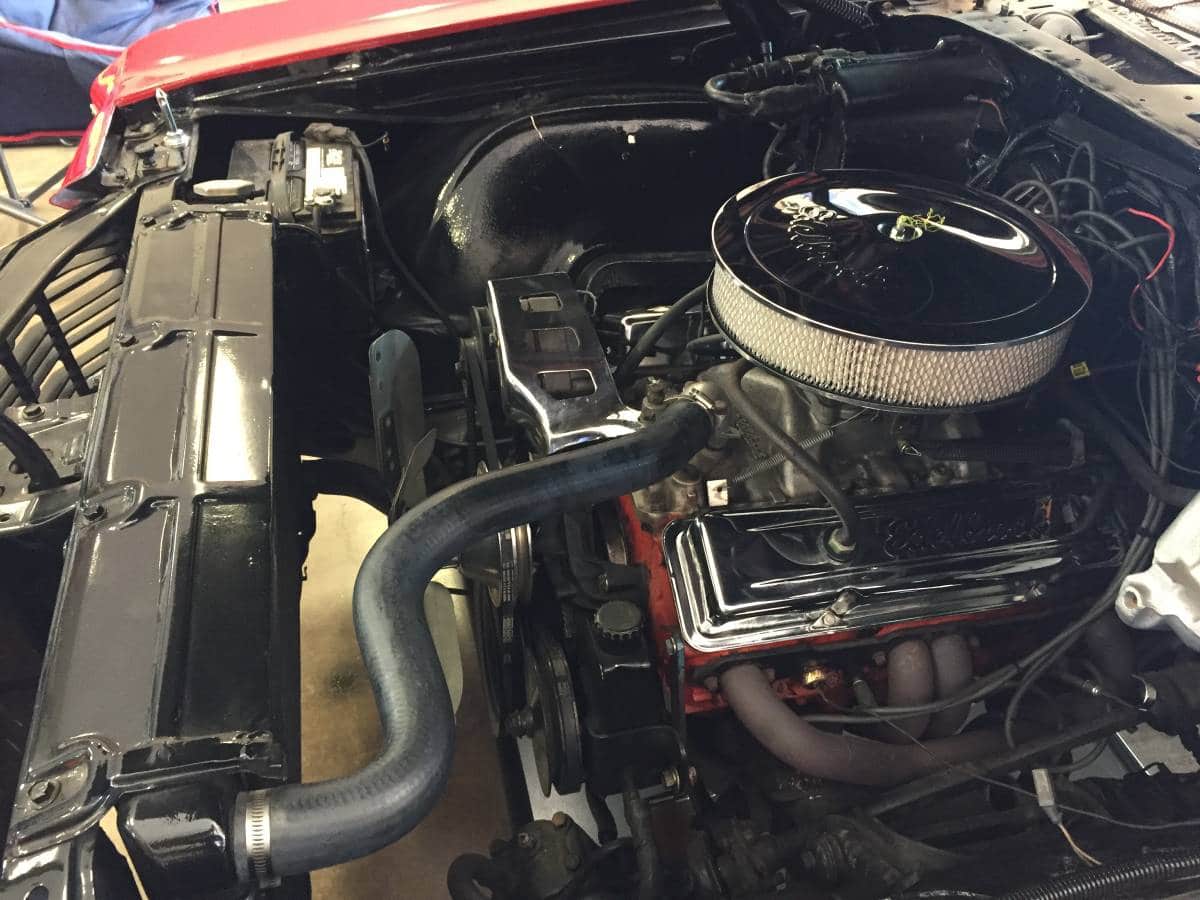 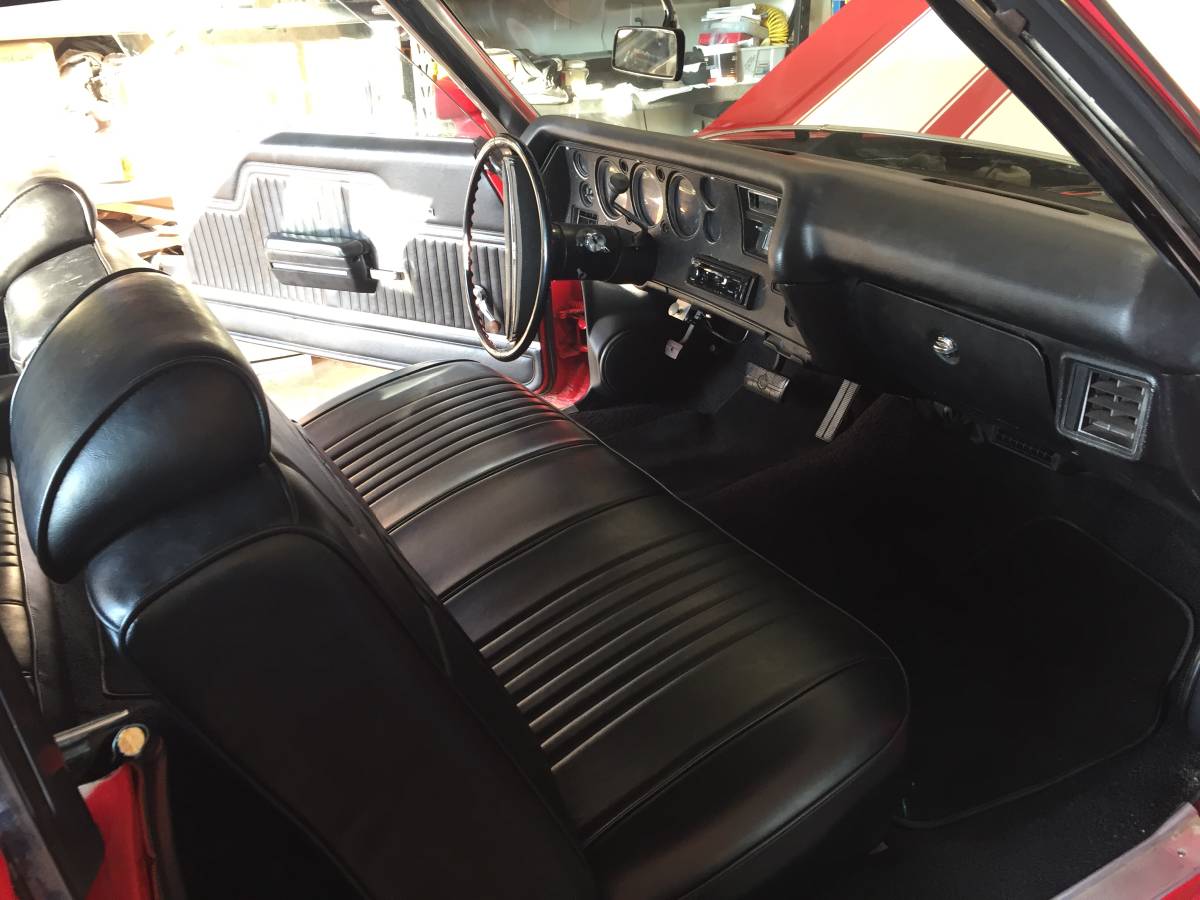 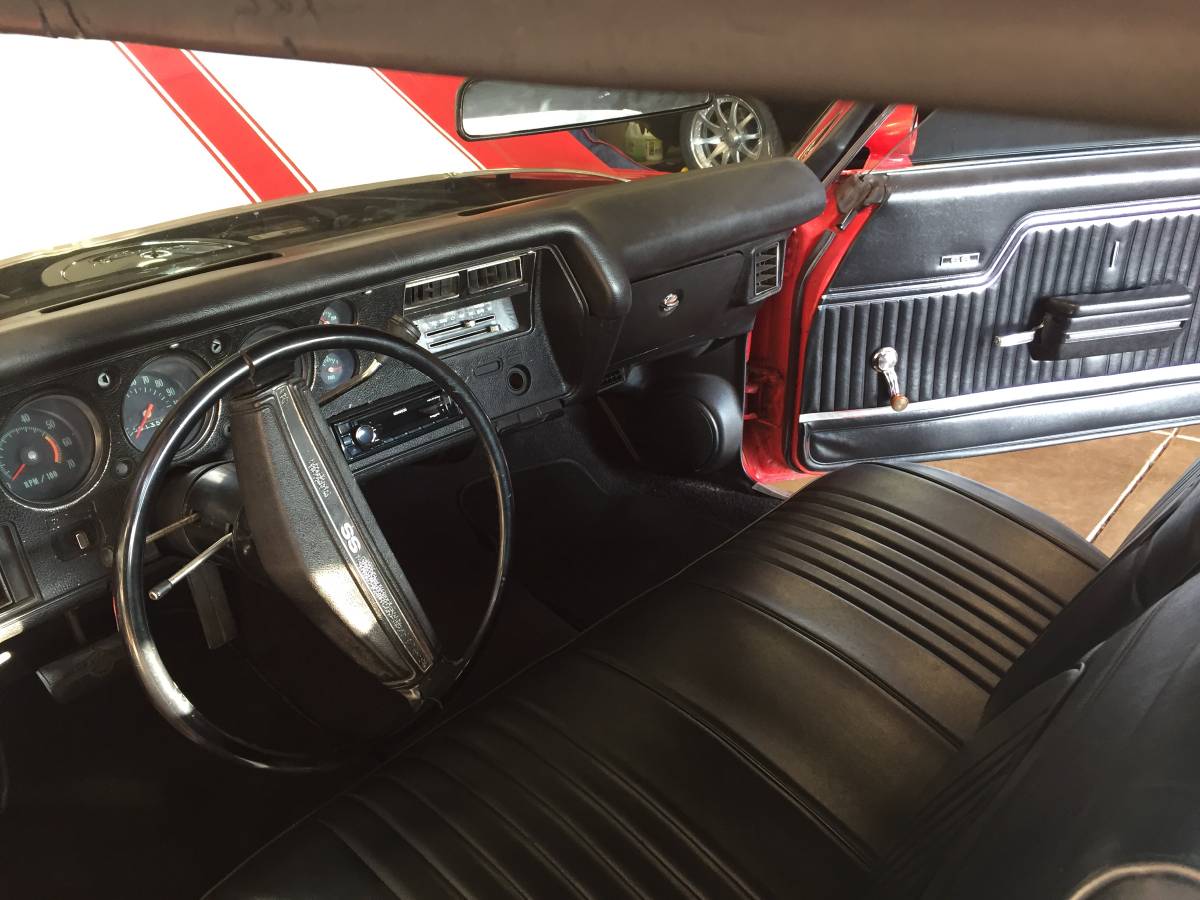 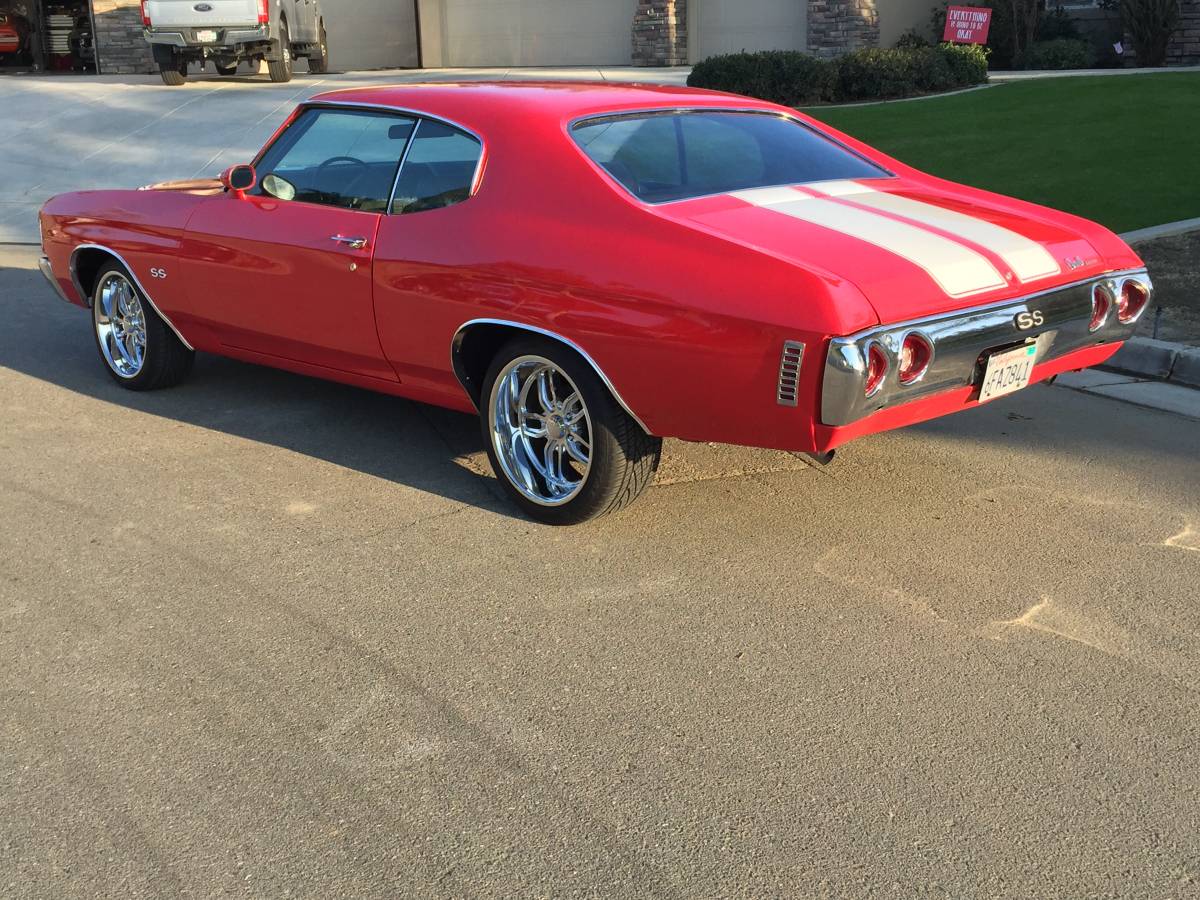 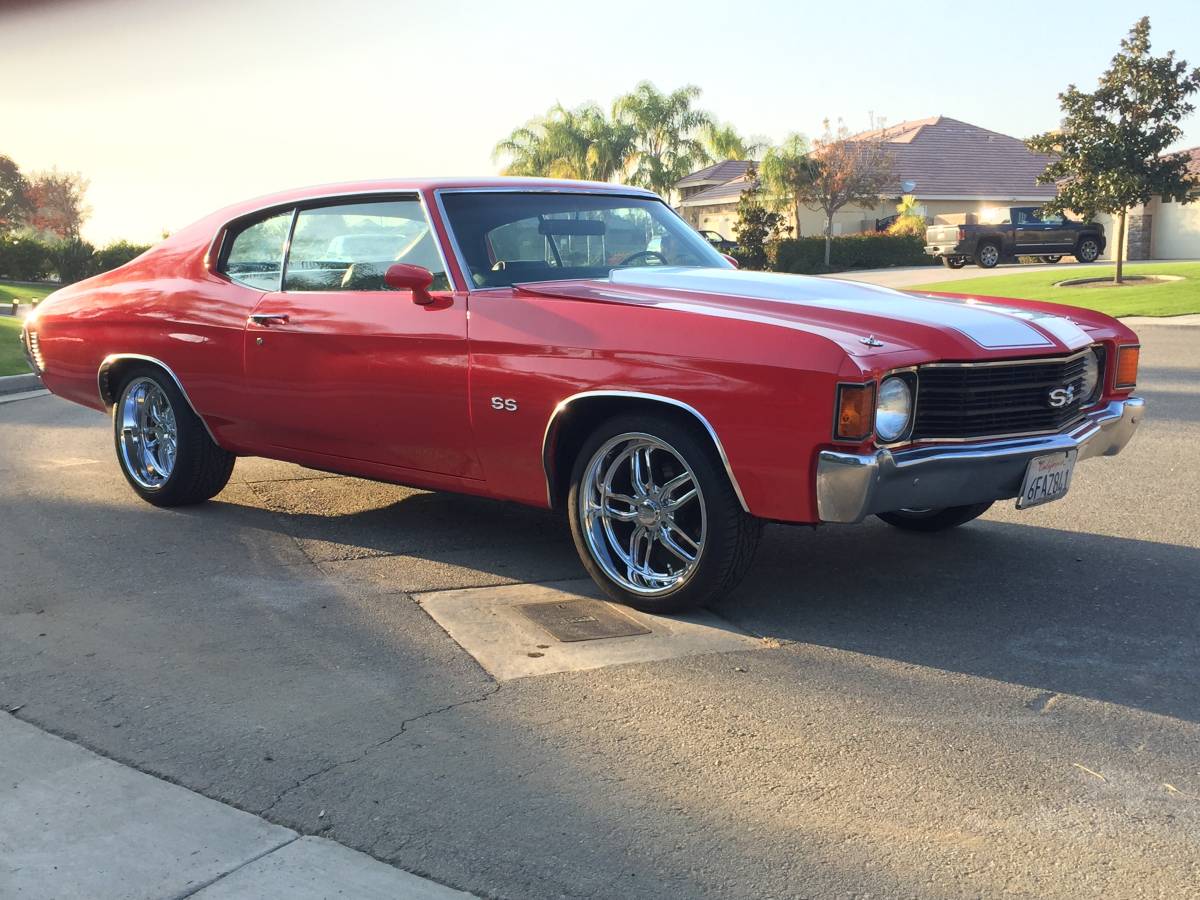 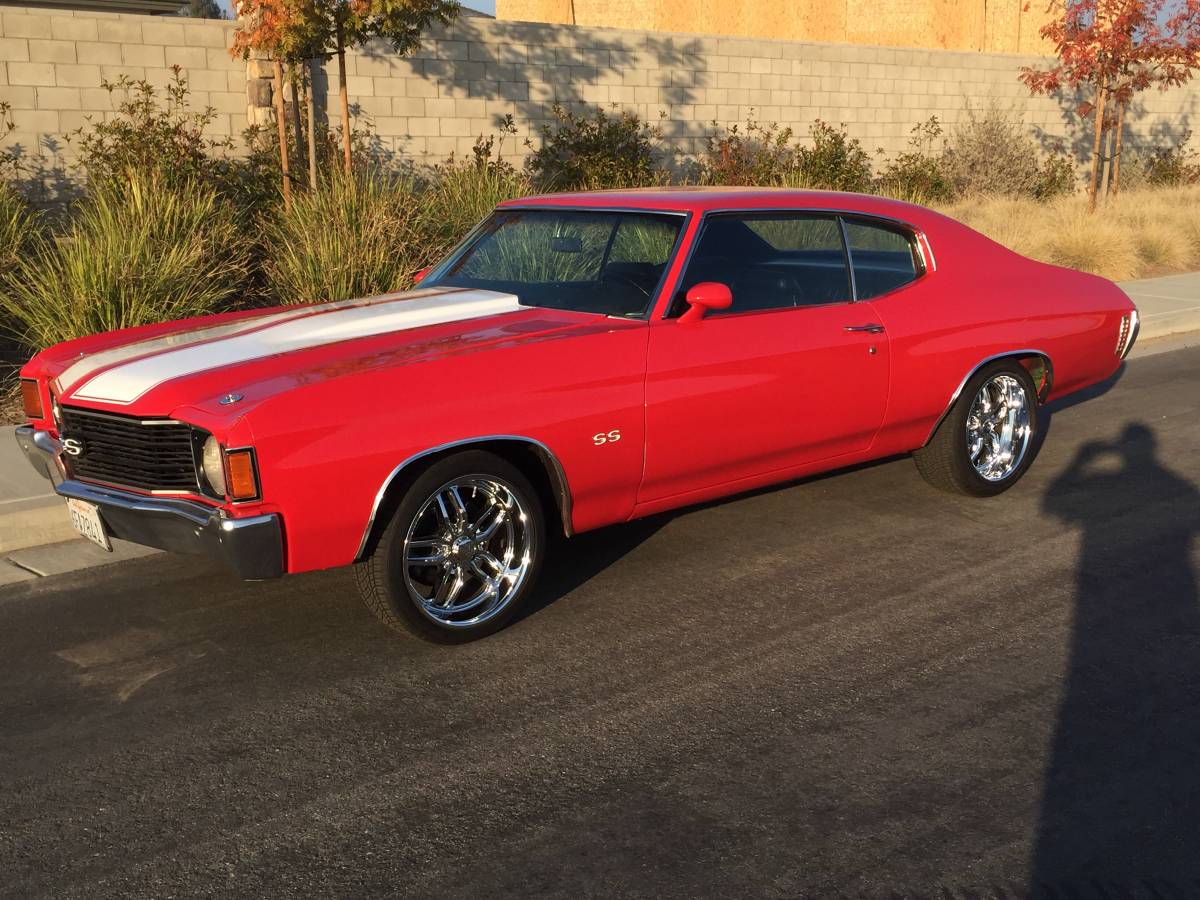 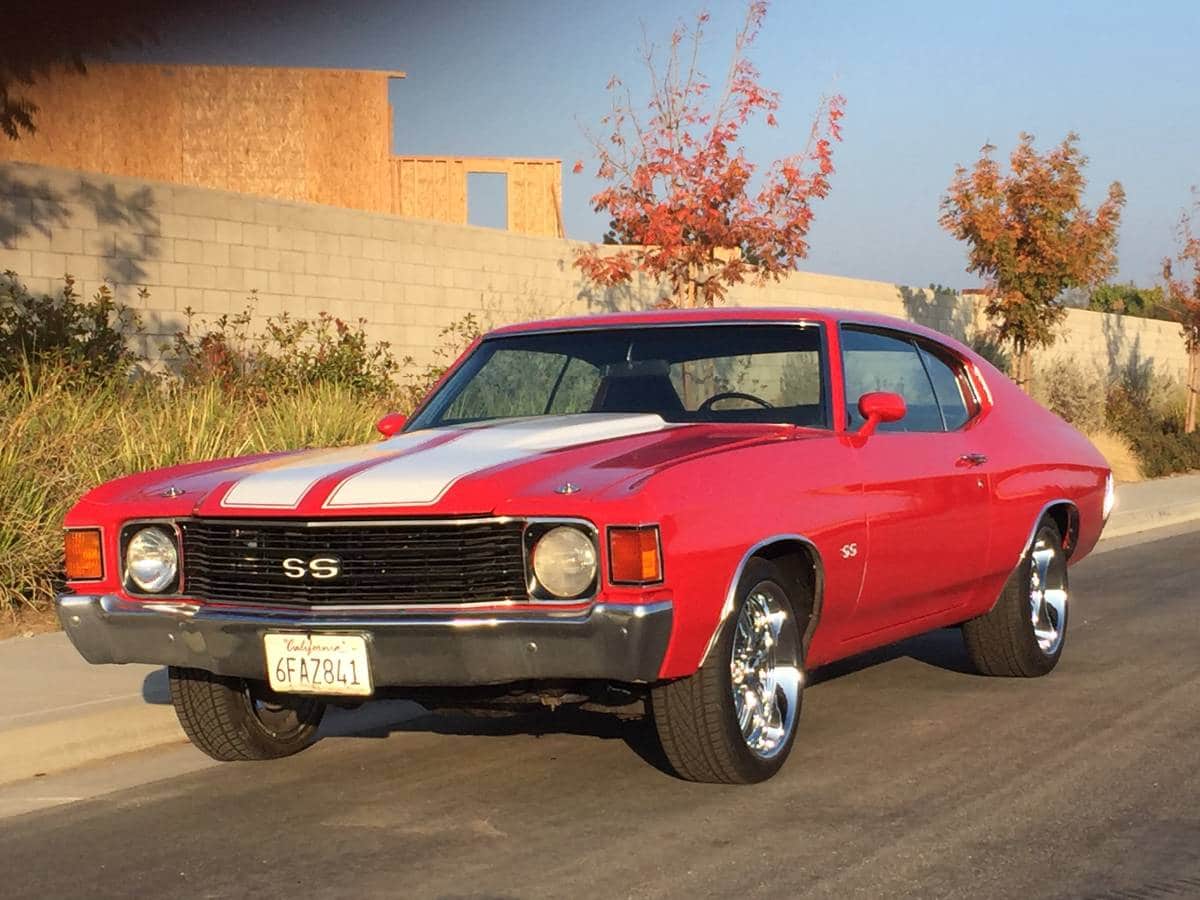 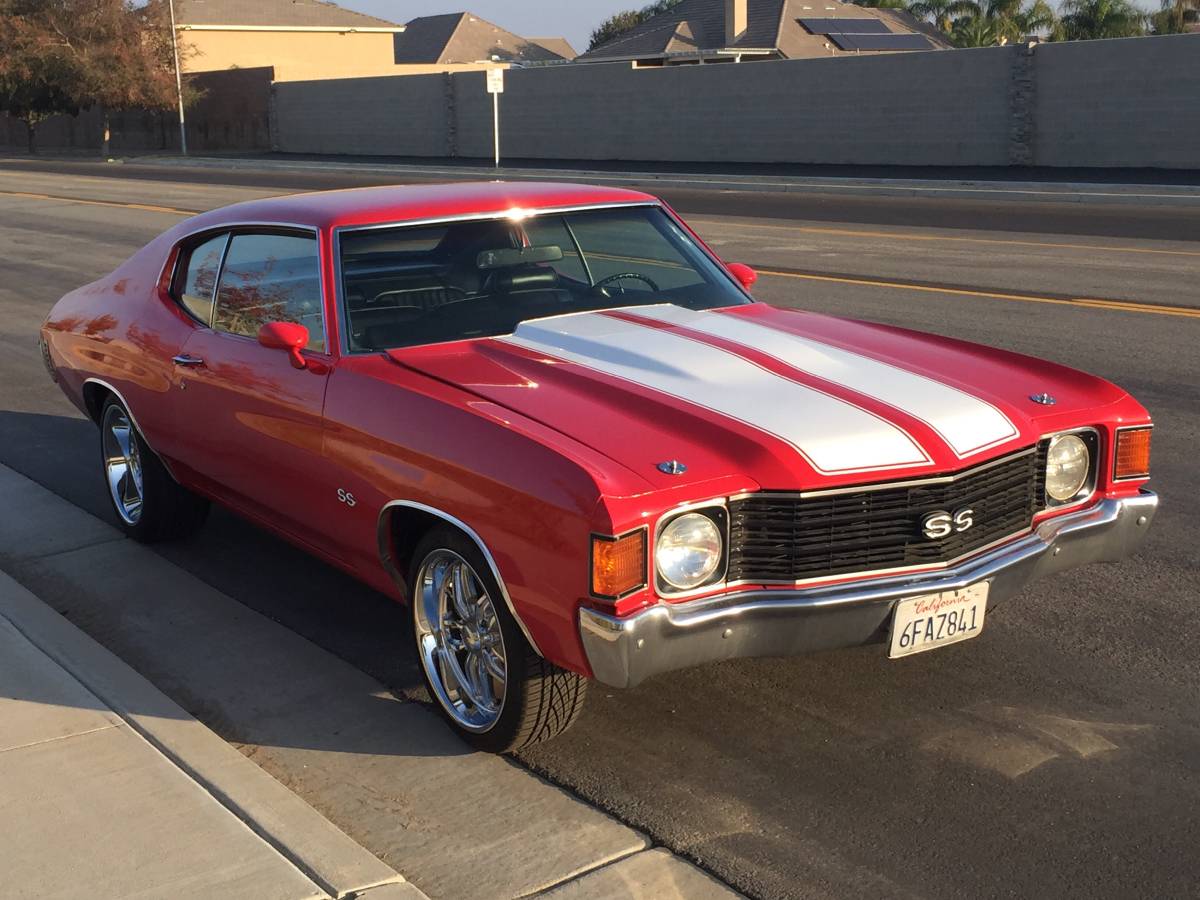 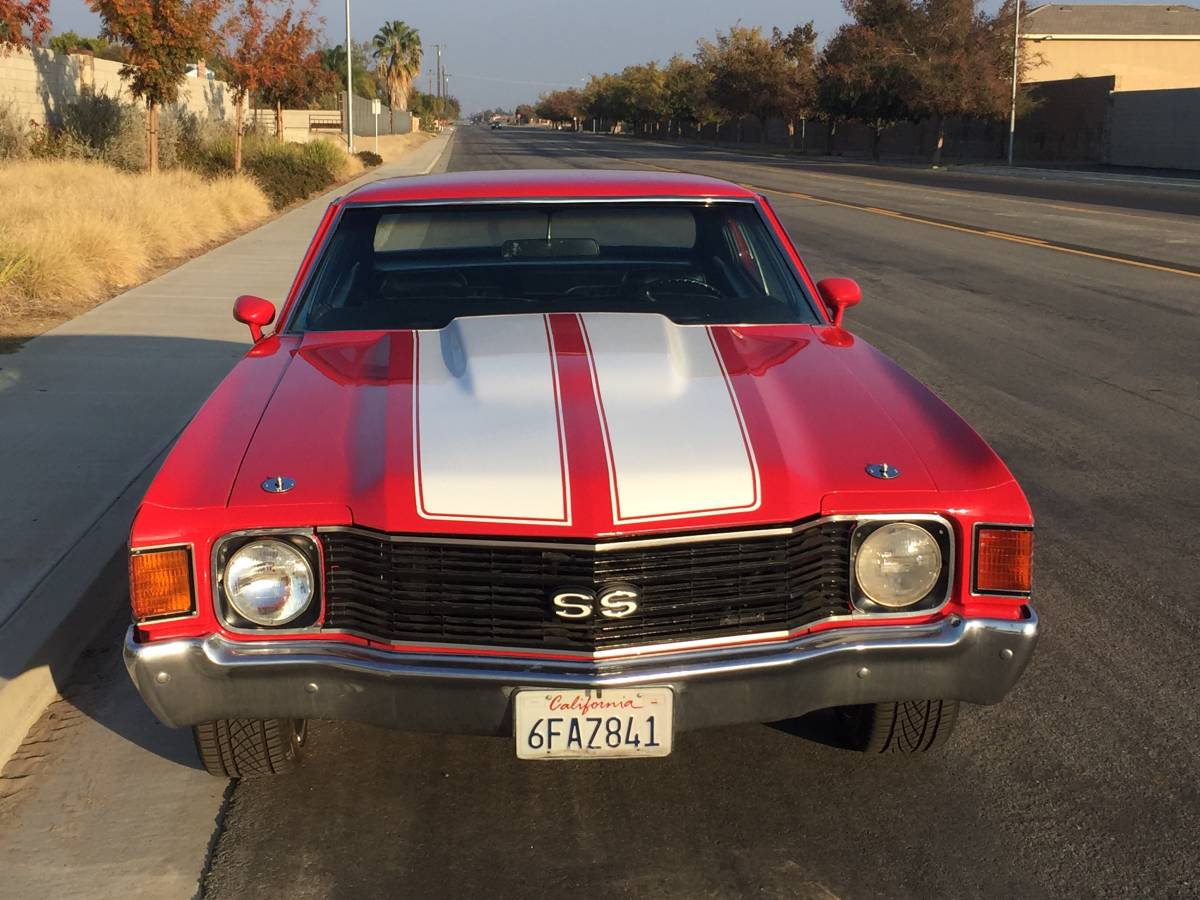 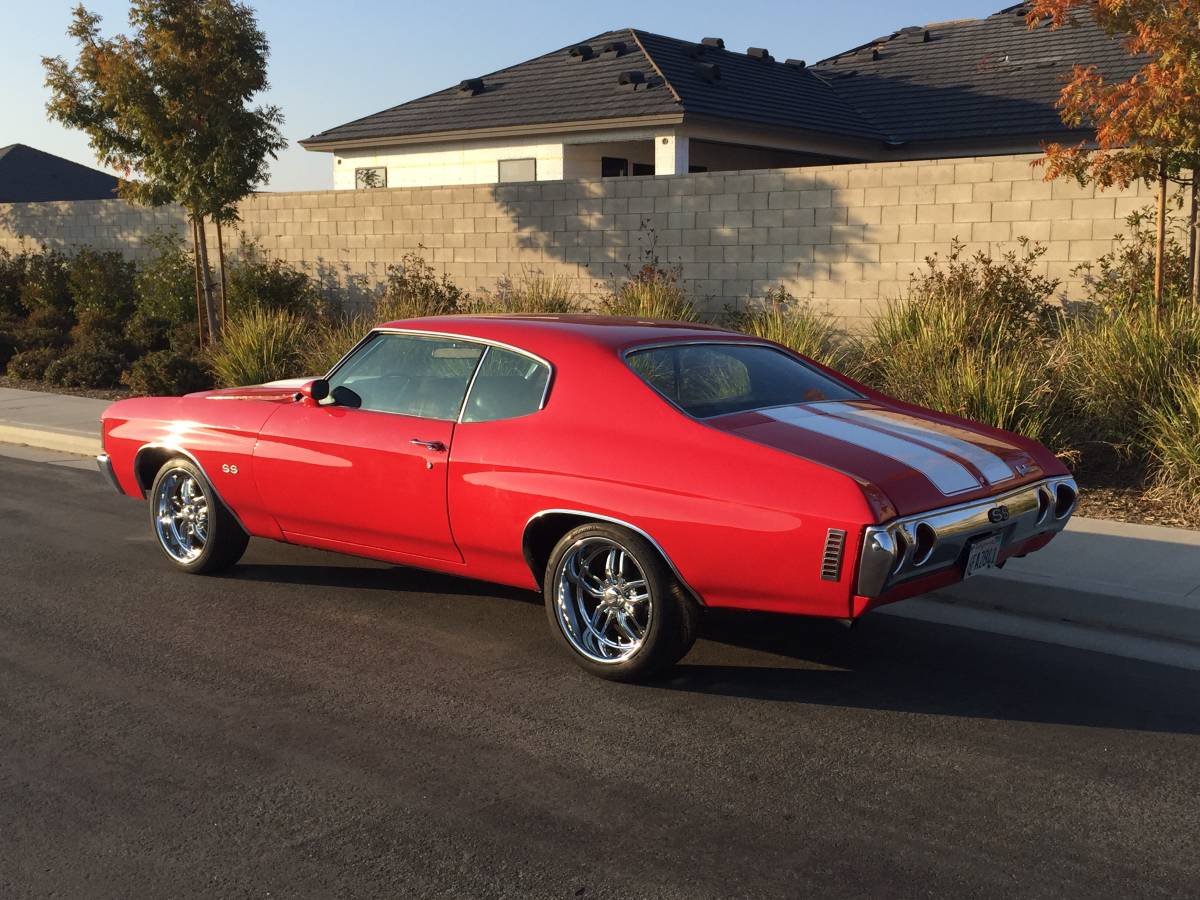 December 5, 2021 Update – We confirmed the seller of this “Classifind” deleted their listing, so we’re now able to call this one “SOLD!” While this one got away, please reach out either by email or call us directly if you’d like to be informed when we come across something similar.

If you ever wondered how we came up with 1972 as the starting year for our Malaise Monday features, it’s generally considered the start of a performance decline that would last well into the mid-eighties.  In the case of General Motors, in 1972, a corporate edict had already been put in place mandating that all production cars be able to run on low- and no-lead fuel.  Consequently, the compression ratios (and thus the power output) of the highest performance engine offerings were lowered to meet the requirement.  Then in 1972, GM had all of its divisions switch from promoting engine output from gross to net as a way to further play down the performance aspects of their engines.

Produced since 1968, GM’s mid-size “A’ body-based cars were supposed to have their Colonnade replacements launch for the 1972 model.  Unfortunately, a crippling strike a several major GM assembly plants forced the company to postpone the launch one model year to 1973. Consequently, GM’s midsize offerings were at best a stopgap model year. Thus 1972 Chevelles generally do not elicit the same desire and higher pricing of its older counterparts.  A prime example is this 1972 Chevrolet Chevelle originally listed in November 2021 on Craigslist in Bakersfield, California appearing to be a tribute SS car offered.

Currently offered at $35,000, comparing that price against the Hagerty Insurance Online Valuation Tool confirms the private seller has their Chevelle priced above this guide’s #1 “Concours” appraisal of $27,300.  As a second data point, the  Collector Car Market Review Online Tool provides a much different assessment as in this case the asking price is nearly eight thousand dollars above this guide’s #1 “Excellent” appraisal of $27,125.We’re going on the assumption this 1972 Chevelle is an SS clone and not a “real deal” example. If it turns out to be an authentic SS, then values would be higher.

Although the 1971 Chevelle retained the 1970 body, it was treated to new front-end and rear-end styling that included large Power-Beam single-unit headlights, a reworked grille and bumper, and integral park/signal/marker lights. The grille was widened and featured a bright horizontal bar that divided it into two sections. At the center of this bar was a large Chevy bowtie for Malibus, or a large “SS” emblem for the SS models. The grille on the SuperSport was painted flat black, other models got a silver finished grille. Base Chevelles got a thinner, plain bar with no ornamentation. A small “Chevelle” nameplate was located in the lower-left corner of the grille. New dual round taillights were integral with the back bumper. Because SS models suffered heavy insurance surcharges, Chevrolet introduced the “Heavy Chevy” at midyear, which was based on the base Chevelle, and was available with any V8 engine except the 454, which was exclusive to SS models. The Heavy Chevy (RPO YF3) was only available with the base Chevelle sport coupe (13437) and was primarily a dress-up option and even it was limited to options available on the standard Chevelle sport coupe; vinyl carpeting, front bench seat, no center console shift, etc.

Chevrolet specifications for 1971 included both “gross” and “net” horsepower figures for all engines. The standard Chevelle SS engine was a two-barrel 350-cubic-inch V8 rated at 245 gross (165 net) horsepower. Optional was a four-barrel carbureted version of the 350 V8 rated at 275 gross (200 net with dual exhaust and 175 net with single exhaust) horsepower. The 402 cid big-block engine continued to be optional as the SS 396 but was only available in one horsepower rating, 300 gross (260 net) horsepower, and was not available with cowl induction. The base LS5 454 V8 produced 365 gross and 285 net horsepower, but cowl induction was available that produced more power because of the air induction and louder exhaust system. The LS6 454 option, which was originally announced as a regular production option on the Chevelle SS for 1971, was dropped early in the model year and no official records indicate that any 1971 Chevelles were assembled with the LS6 engine.

For 1971, the SS option could be ordered with any optional V8 and became more of a dress-up option than a performance option. The SS option was reduced to one RPO code, RPO Z15, and was only available for the Chevelle Malibu. This RPO code required any optional engine and transmission available in the Chevelle lineup. Since the 307 V8 was the standard base V8 in 1971, it could not be ordered with the SS option; one had to order the LS3 402 or the LS5 454, or one of the two 350 V8 engines (L65 or L48 – which reintroduced the small block to the SS option for the first time since the 1965 model year for USA market Chevelles).

GM mandated all divisions design their engines to run on lower-octane regular, low-lead or unleaded gasoline. To permit usage of the lower-octane fuels, all engines featured low compression ratios (9:1 and lower; well below the 10.25-11.25:1 range on high-performance engines of 1970 and earlier). This move reduced horsepower ratings on the big-block engines to 300 for the 402 cubic-inch V8 but the LS5 454 option got an “advertised” five-horsepower increase to 365.

1972 Chevelles featured single-unit parking/side marker lights on their front fenders, outside of a revised twin-bar grille. All Malibus had concealed wipers. The SS equipment option requirements remained the same as those in 1971, any optional V8. The 1972 Chevelle series had wide enough appeal to qualify as America’s second-best-selling car. Base versions again included a four-model wagon series. Upscale versions were Malibus including the convertible models. More than 24,000 Malibu Sports Sedans were built, with a standard 307-cubic-inch V8 rated at 130 (net) horsepower. This 4-door hardtop used the same body as the 1968-71 models, and although it was attractive, it was the least popular body style in the lineup. It was not available with the overhead-valve “Turbo-Thrift” six-cylinder engine. With that V8, the Malibu Sport Coupe was the top seller by far starting at $2,923. The six-cylinder version ran $90 less. Powertrain options included the 175-horsepower 350-cubic-inch V8 and 240-horsepower 402-cubic-inch (still known as a 396), as well as a 454 that produced 270 horsepower (200 kW) under the net rating system. Chevelles sold in California were not available with the 307 V8, but had a 350-cubic-inch engine. Through the 1970s, California cars often had different powertrains than those marketed in states with less-stringent emissions regulations.

The 1972 Chevelle SS had a top engine rated at 270 net hp (201 kW) conforming with GM’s decree that all engines were to be rated at their net engine ratings. All other engines on the SS roster were unchanged from 1971. 1972 was the last year for the cowl induction option for the 454 cid engine and was not even mentioned in the 1972 Chevelle brochure.

The Osborn Tramaine YouTube Channel features this 1972 Chevrolet Chevelle commercial with Casey Kasem doing the voice over for it:

If you love the look of the second generation 1968-1972 Chevelles, this small block-powered, bench seat-equipped 1972 SS clone provides a more affordable alternative.

Do you have a Chevrolet Chevelle story to share?  If so, comment below and let us know!