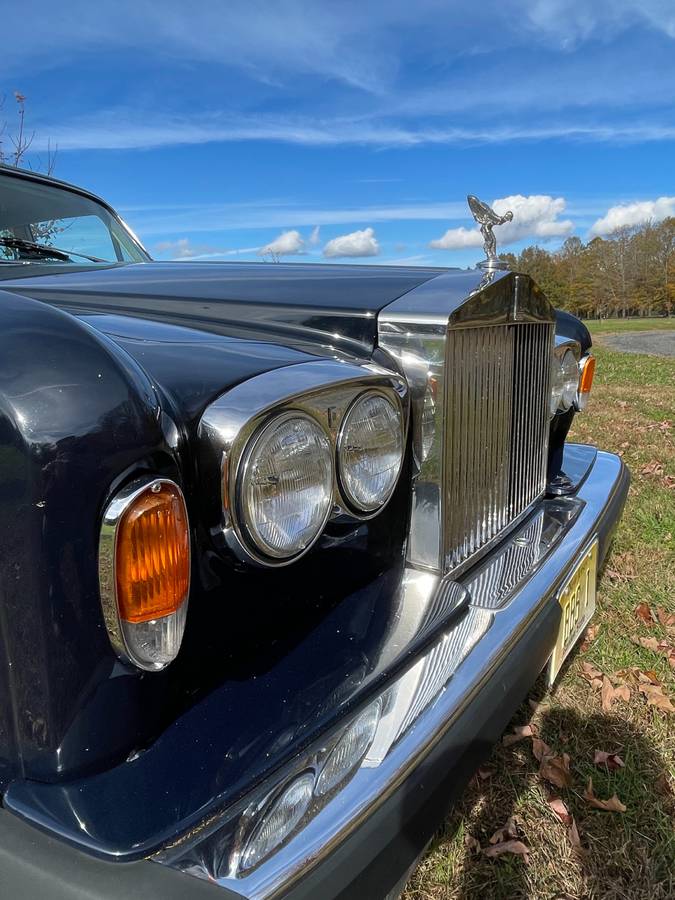 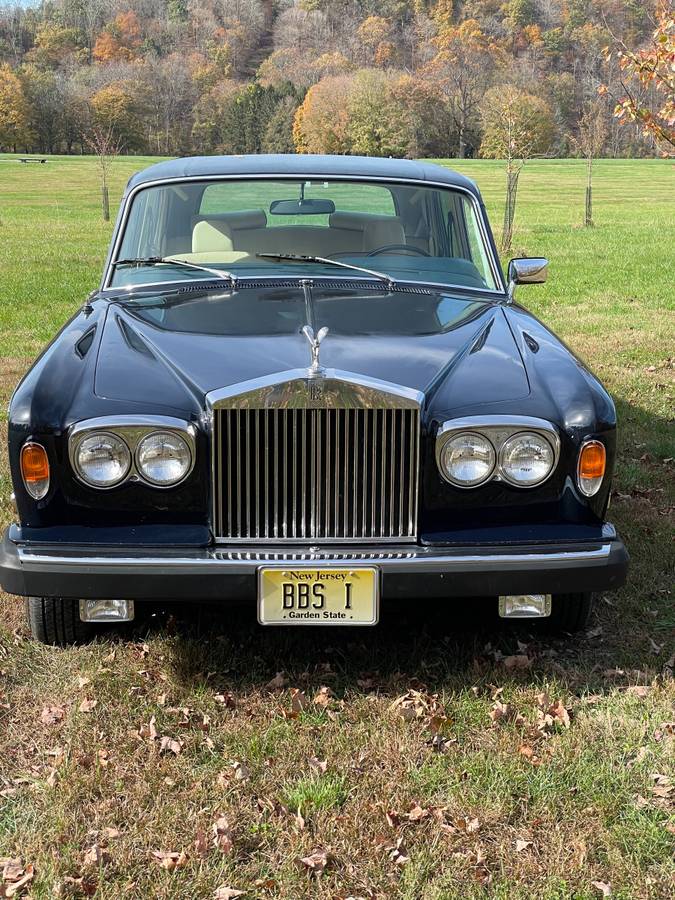 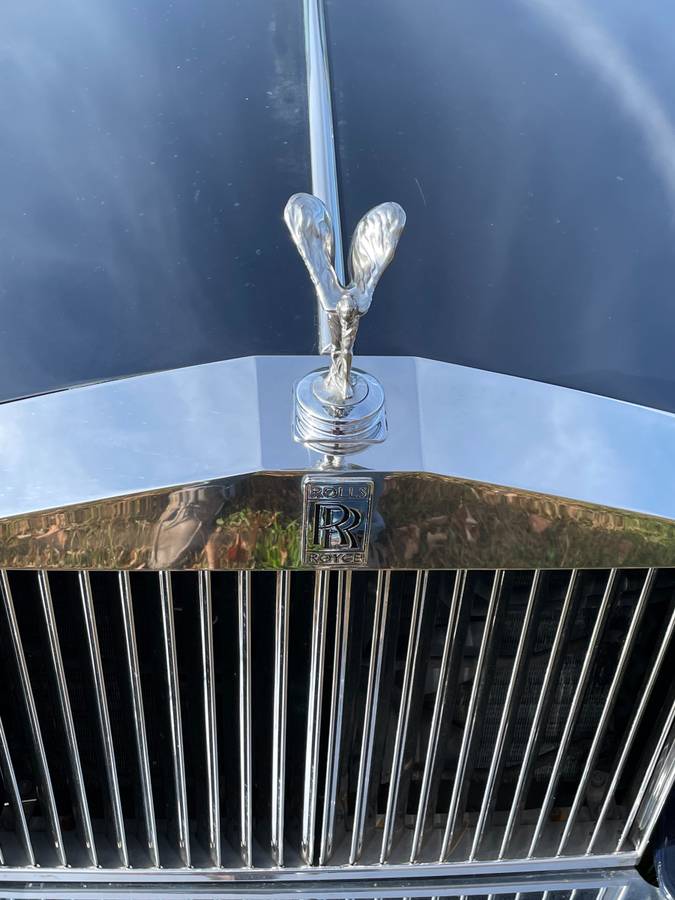 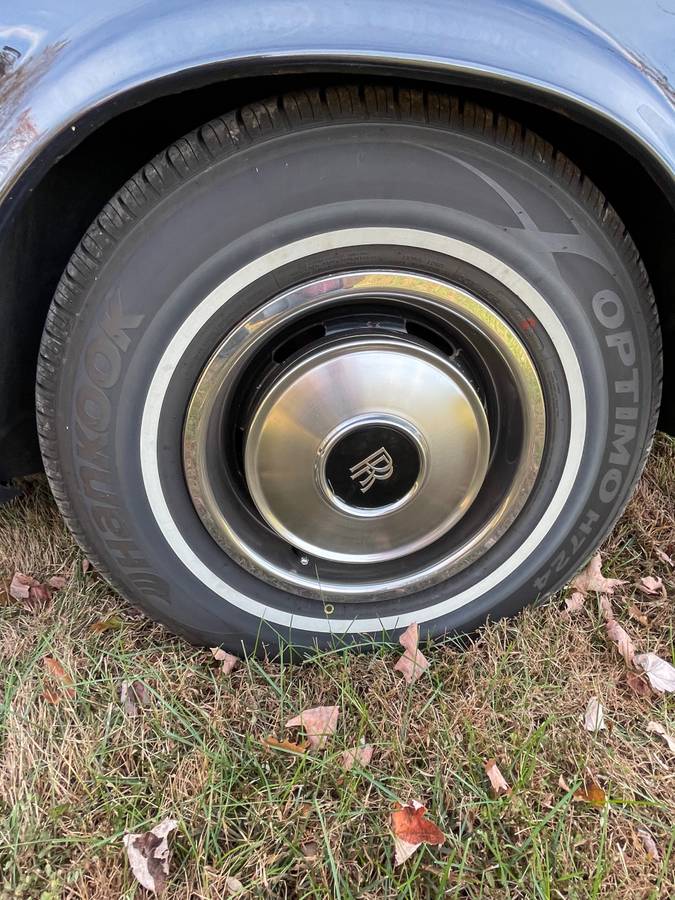 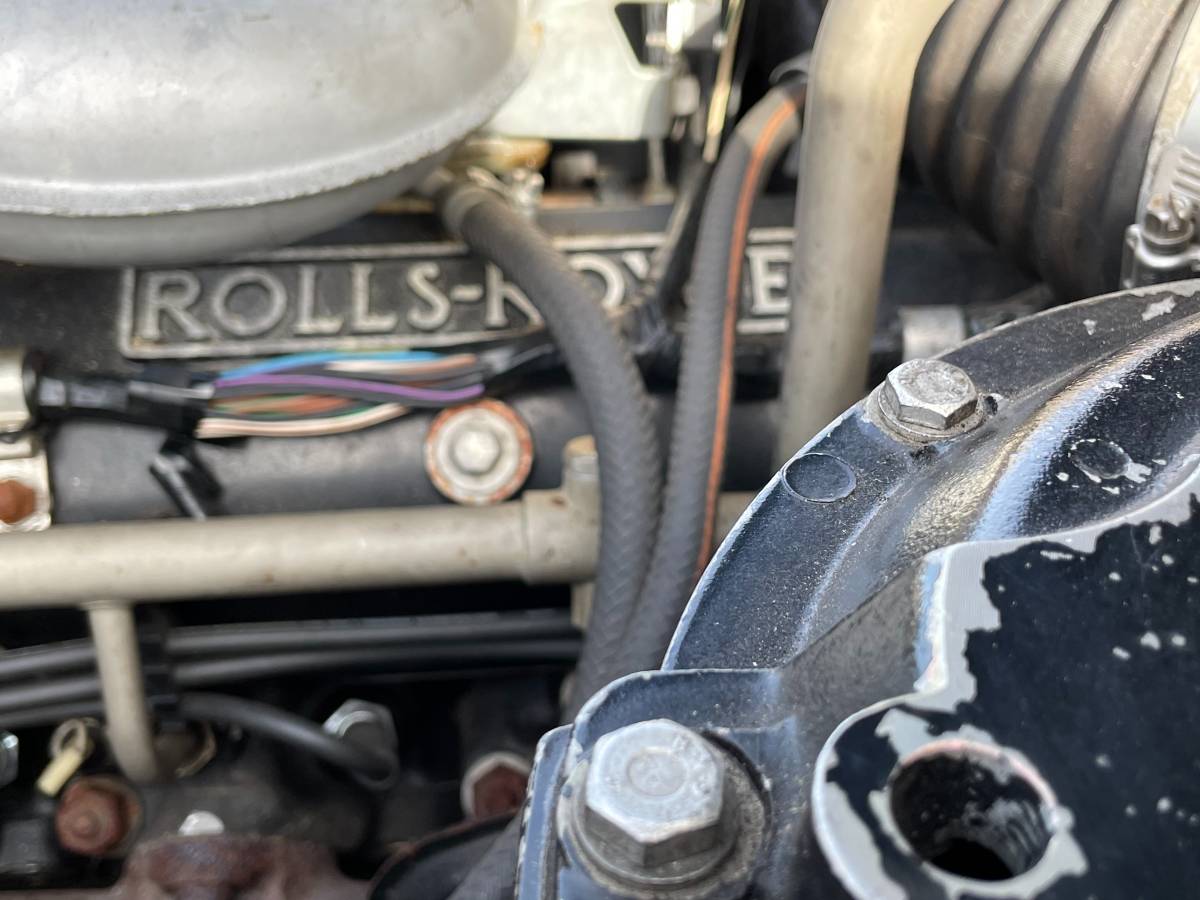 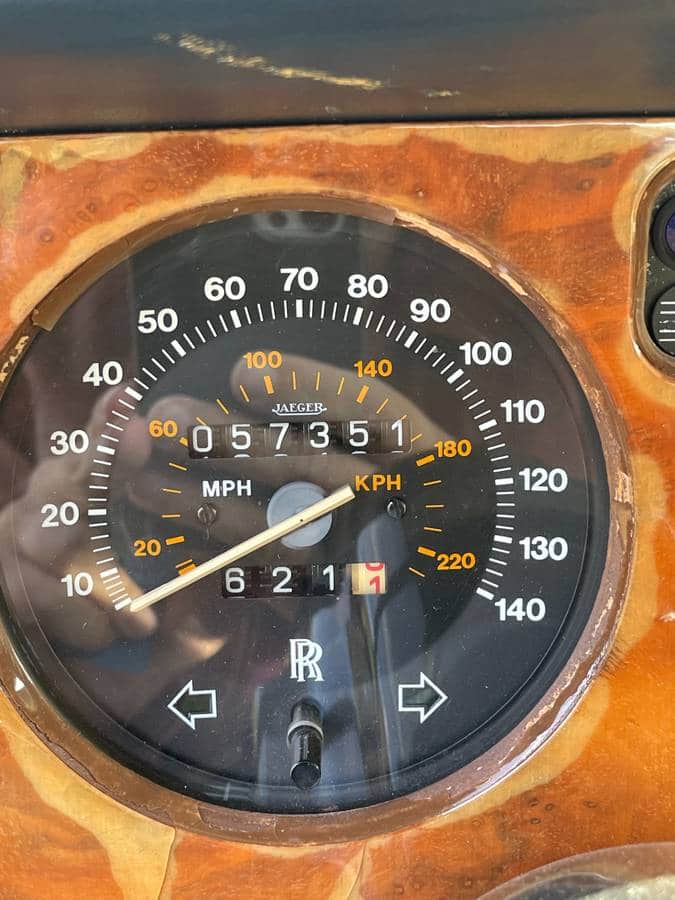 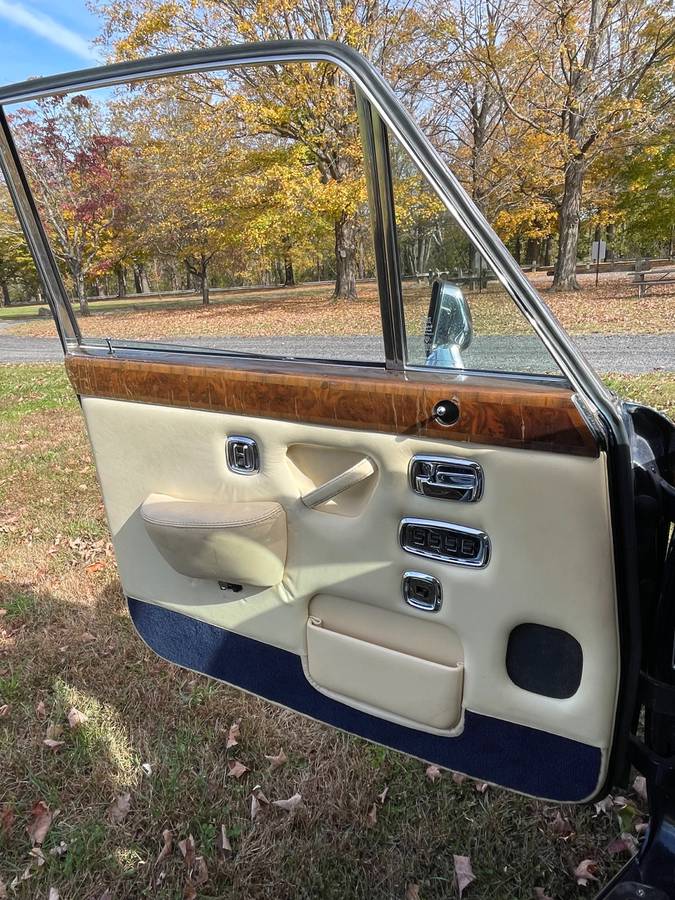 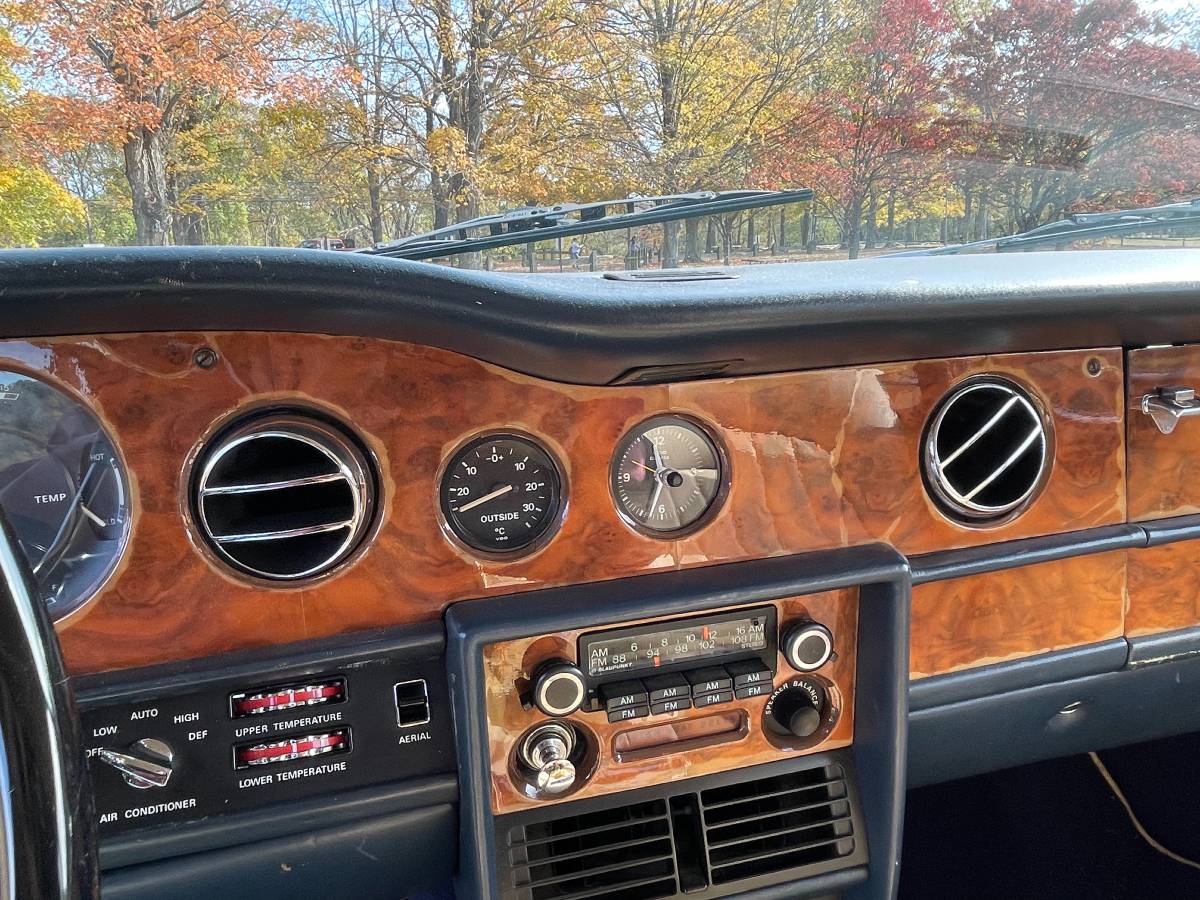 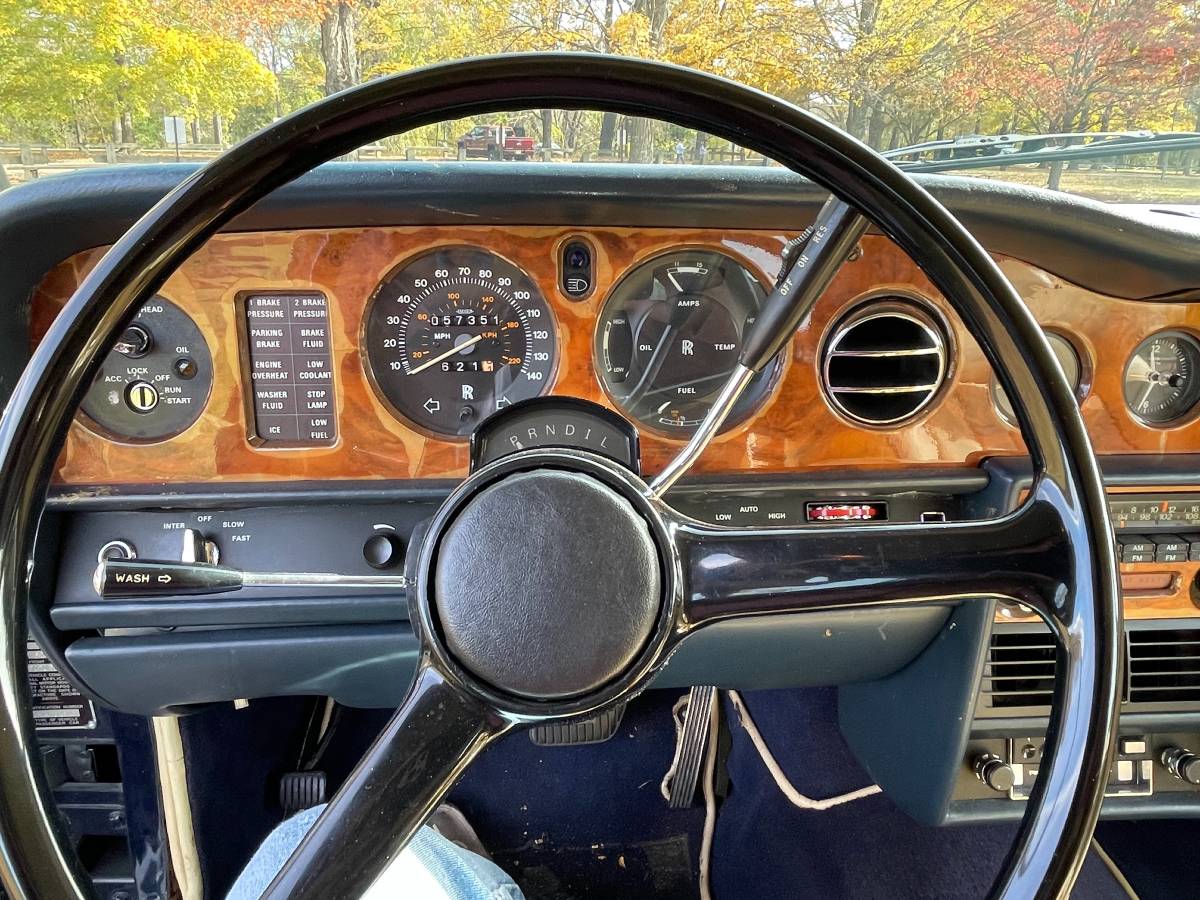 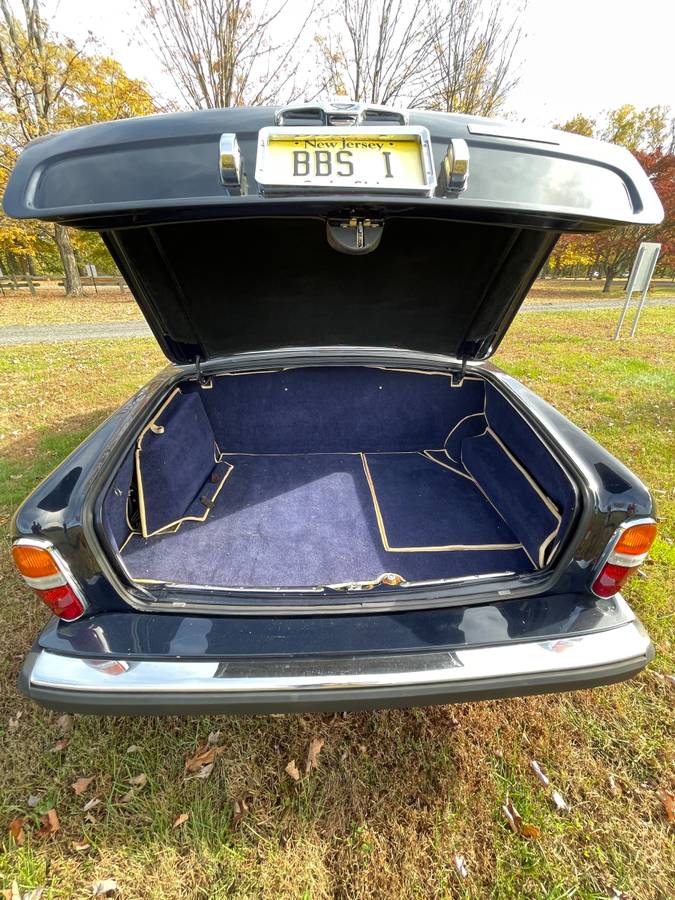 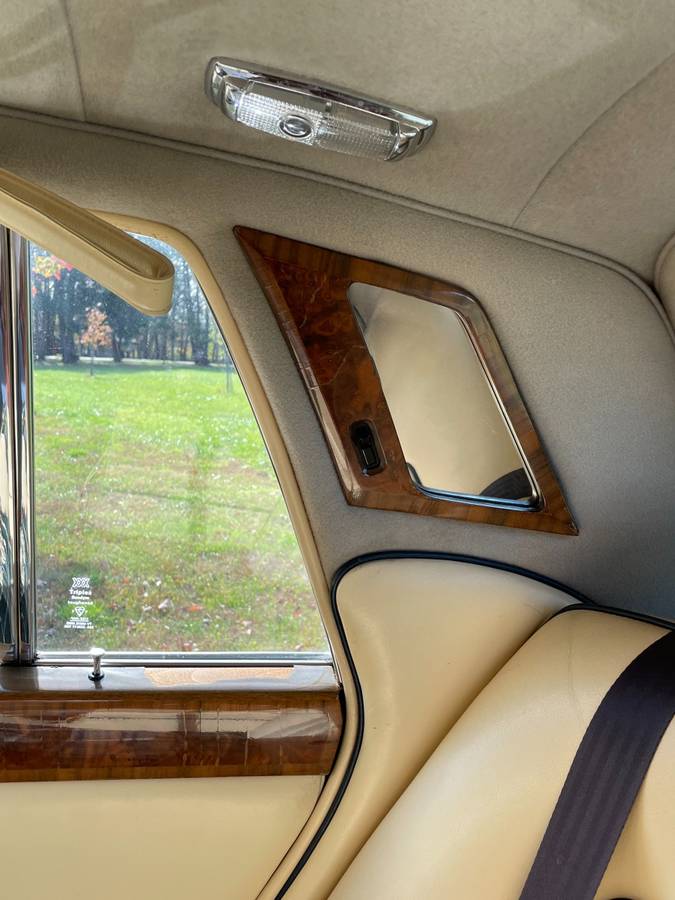 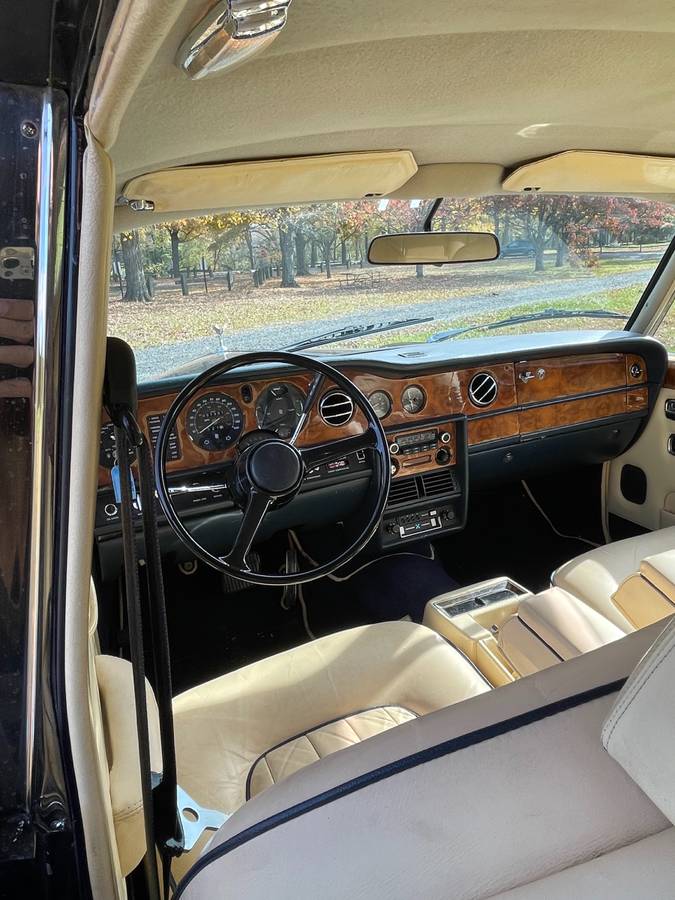 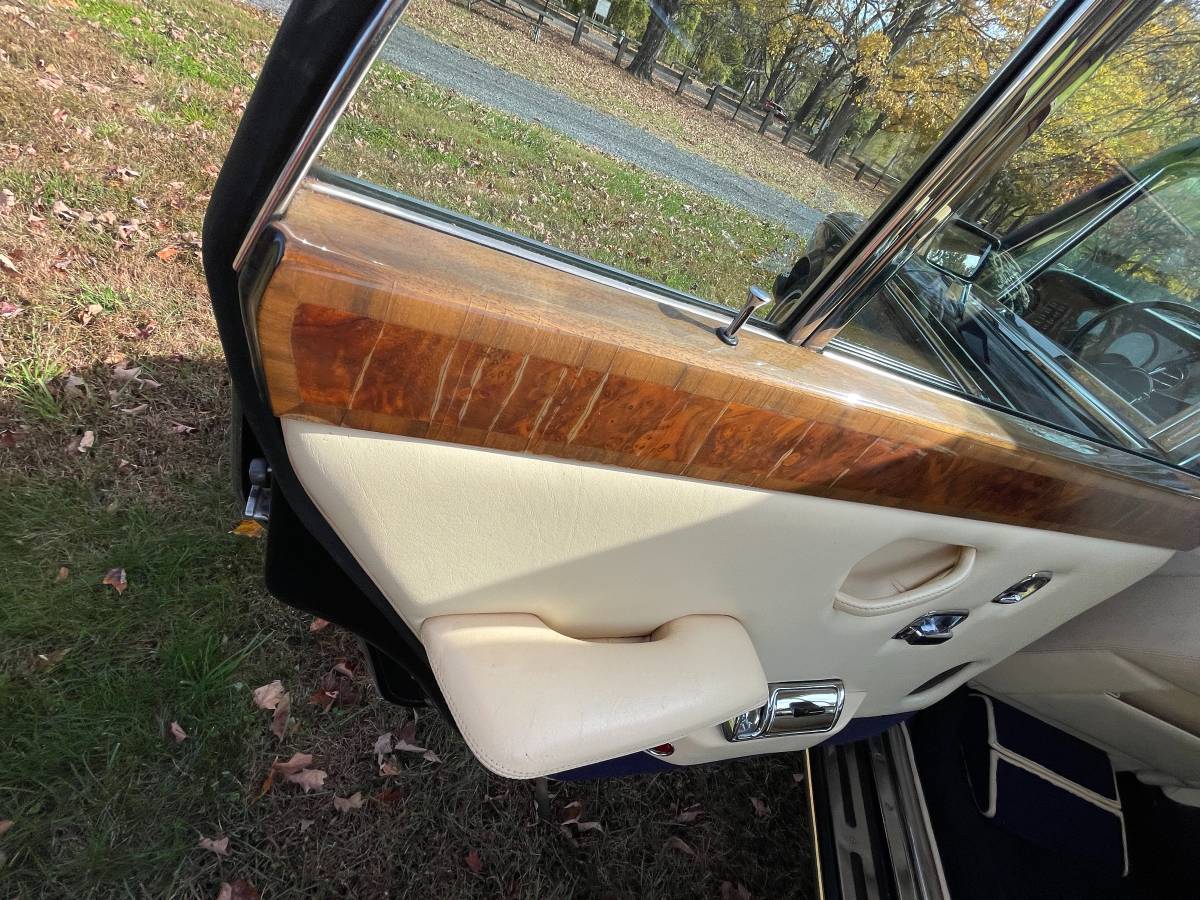 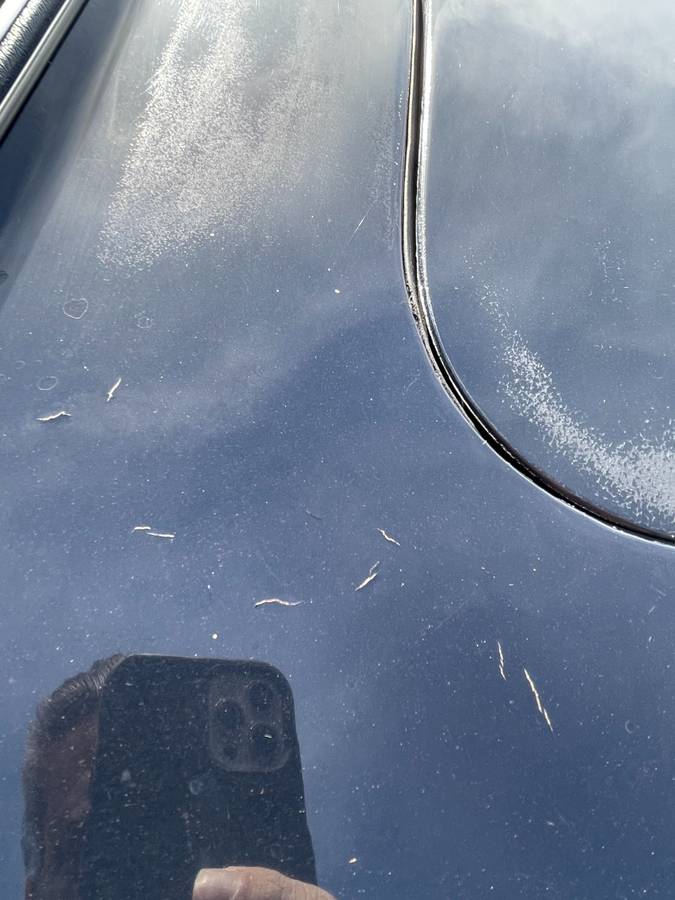 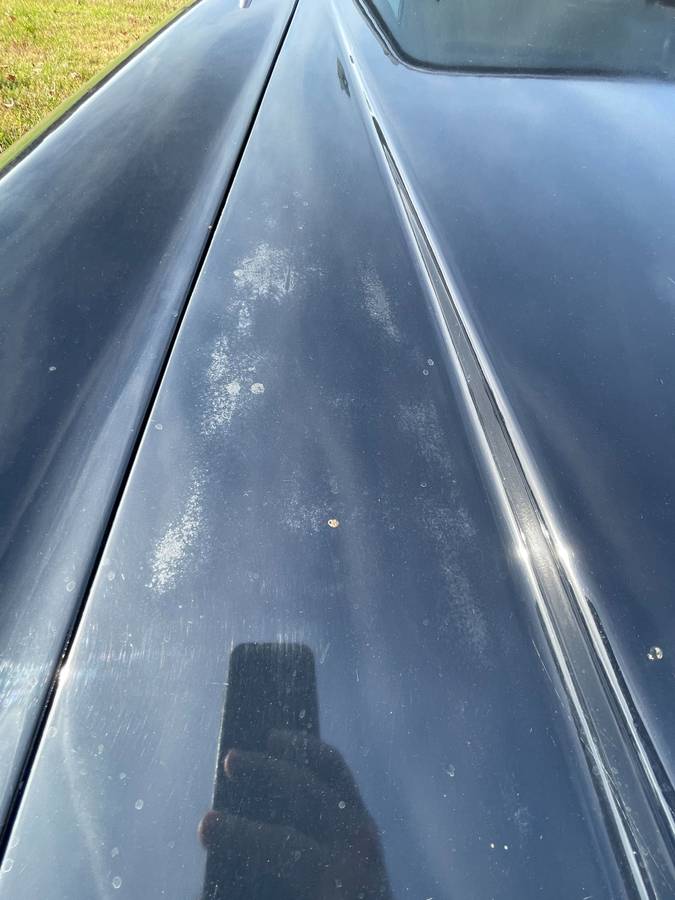 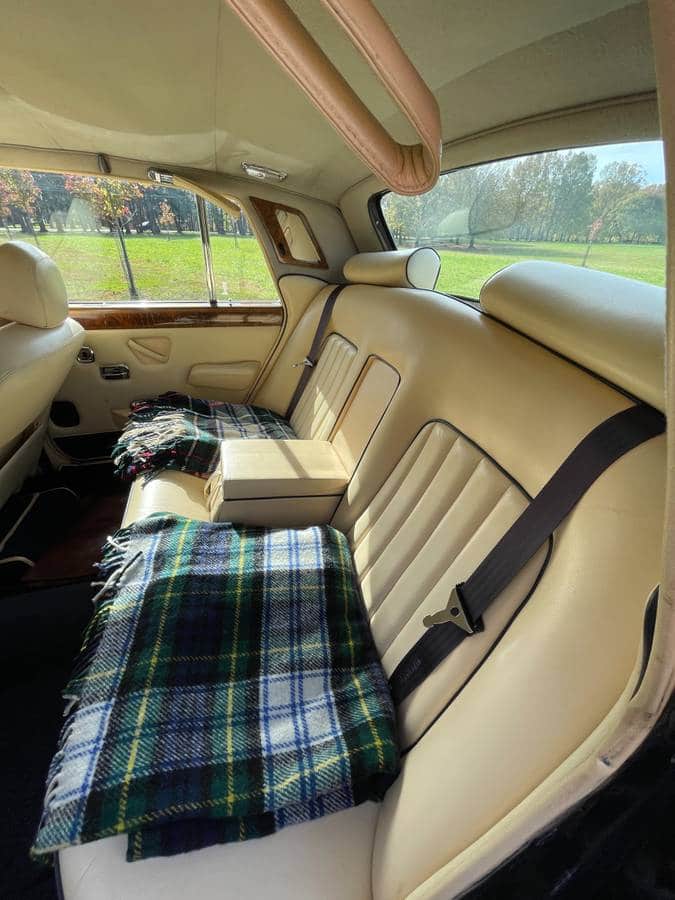 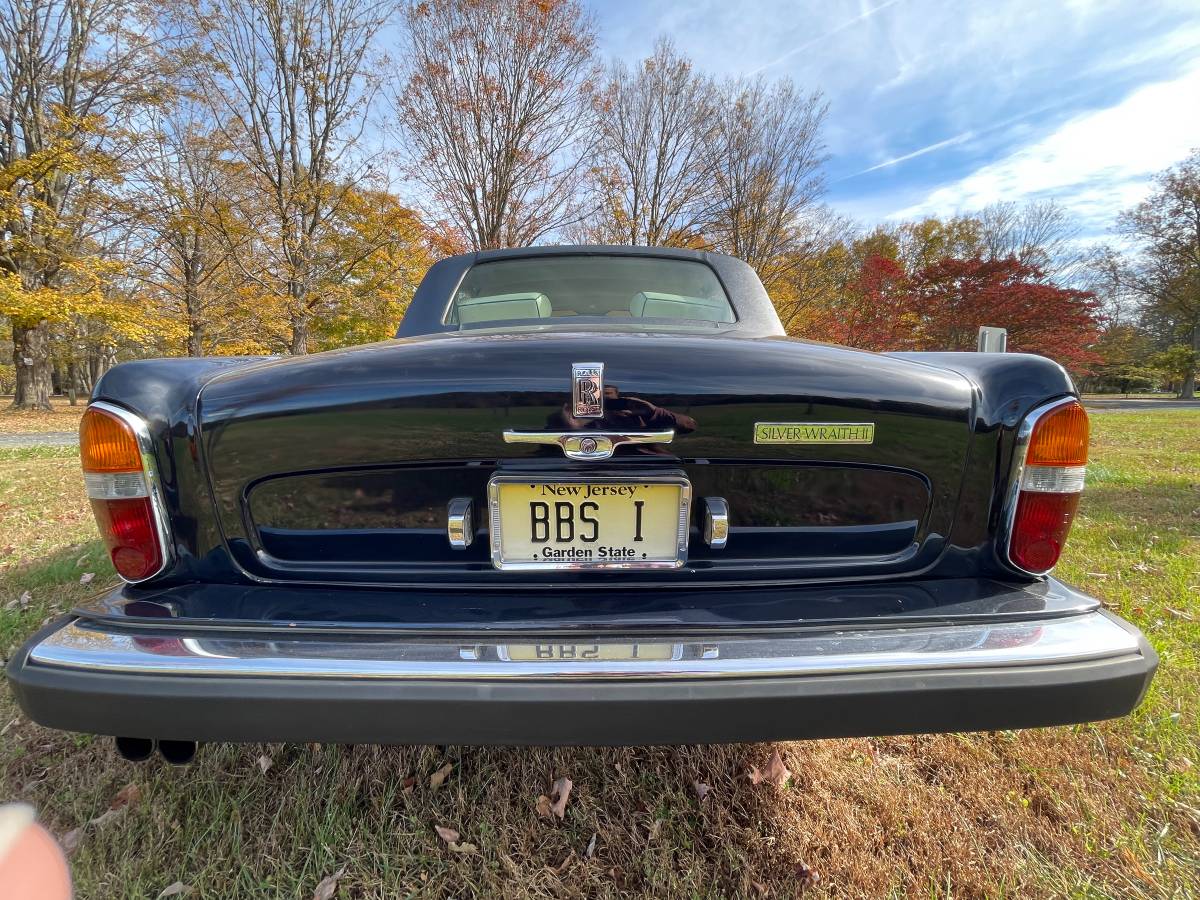 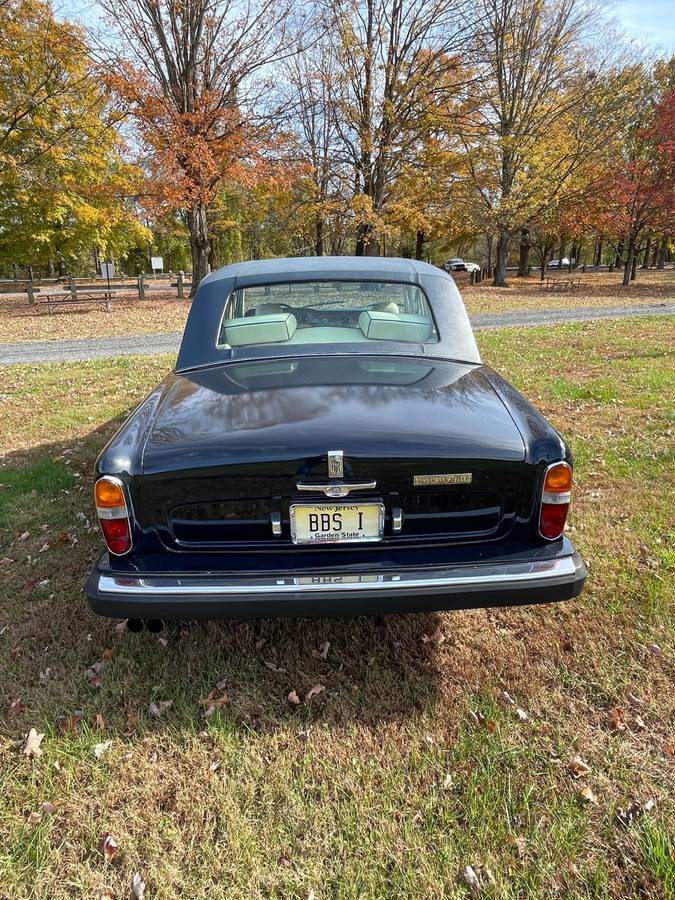 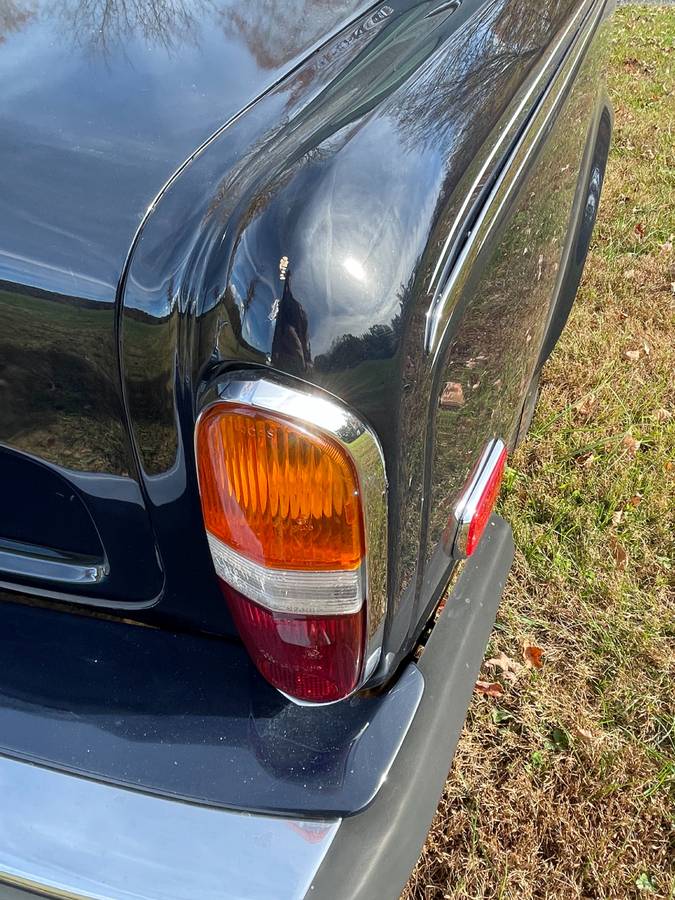 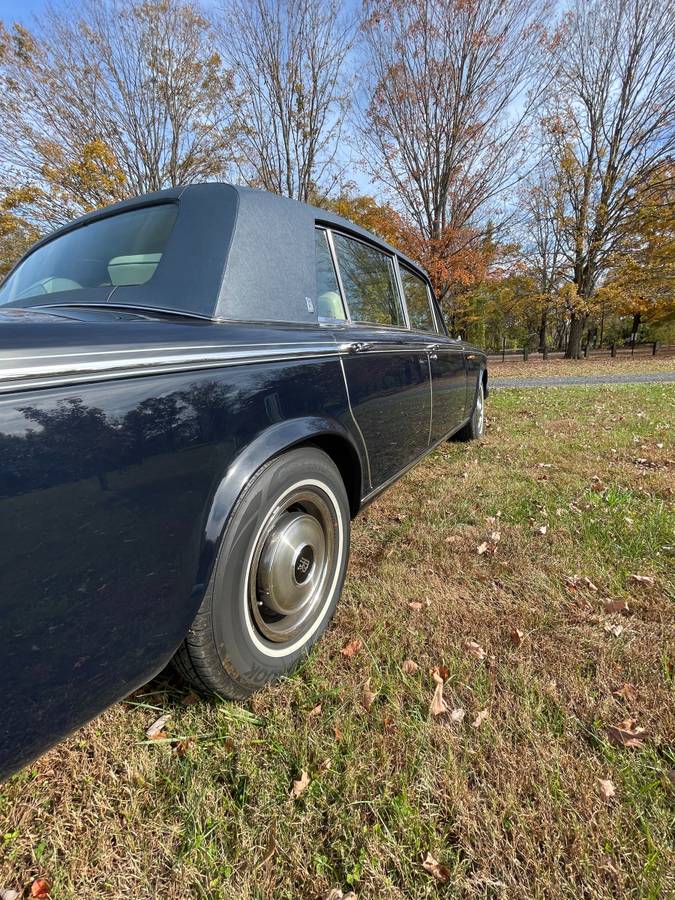 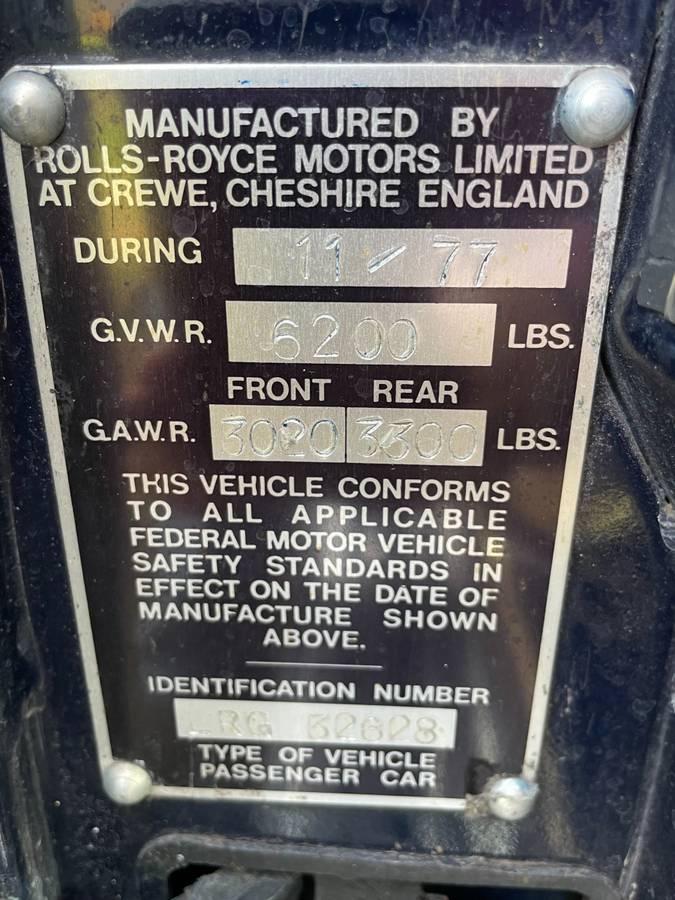 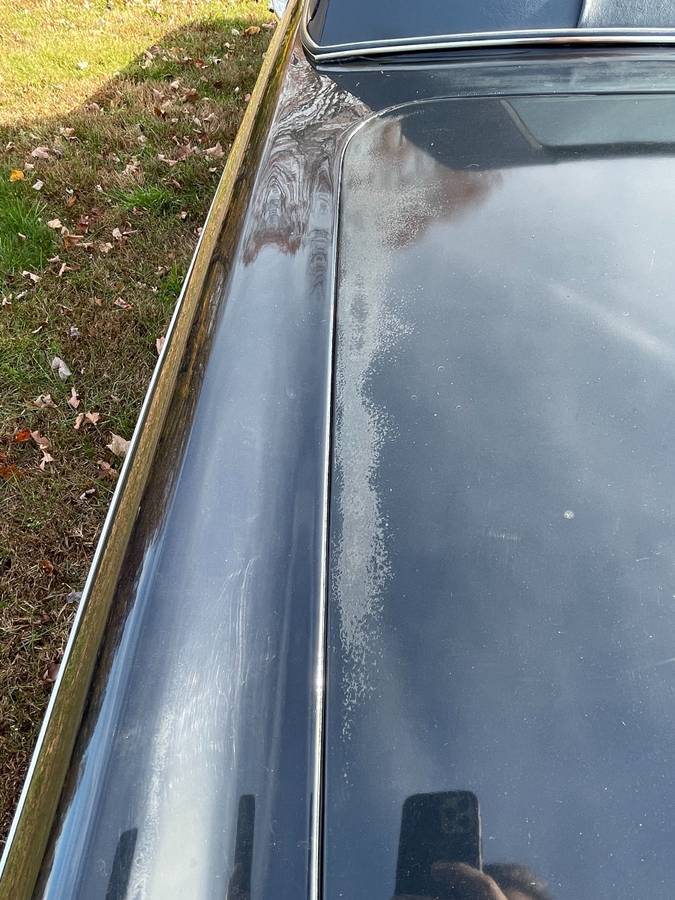 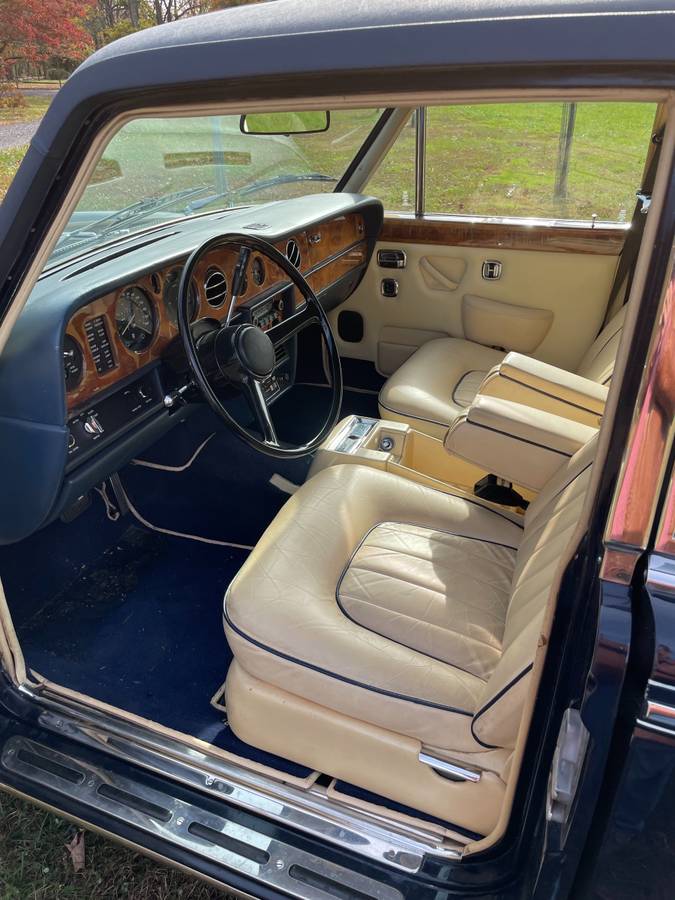 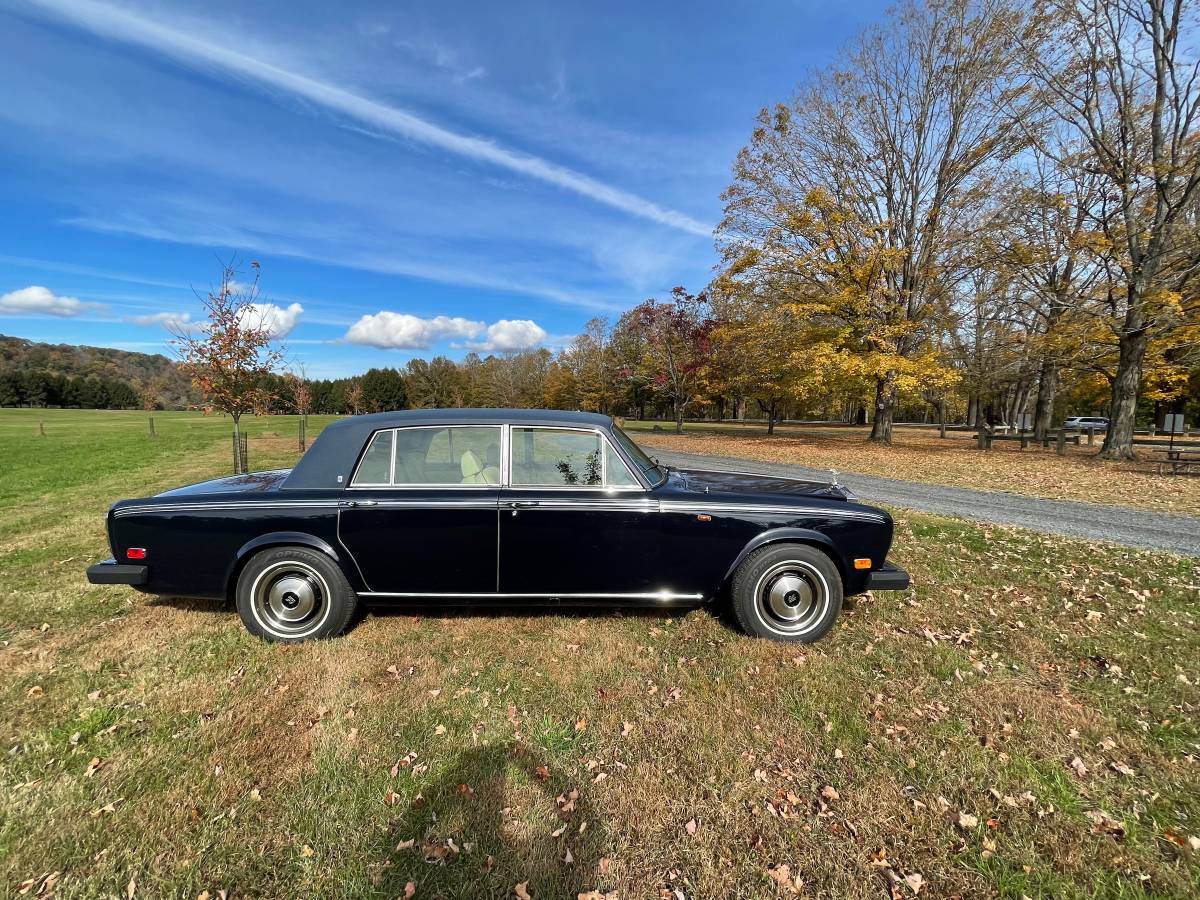 Savvy GuysWithRides.com followers may recall how we just featured this white 1978 Rolls Royce Silver Shadow II and may be wondering what the difference is between the two.  When Rolls Royce launched updated Silver Shadow II in 1977, the more exclusive extended-wheelbase model took on the name Silver Wraith II.  A nice driver-quality example of a Silver Wraith II with an exceptional cream leather interior can be found currently originally listed in November 2021 on Craigslist in nearby Milford, New Jersey.

Currently offered at $24,500 (the original ask was $27,000), comparing that price against the Hagerty Insurance Online Valuation Tool confirms the private seller has their Roller priced between this guide’s #2 “Excellent” estimate of $17,500 and its #1 “Concours” appraisal of $34,800.  Similarly, the  Collector Car Market Review Online Tool reveals the seller’s ask falls between this guide’s #3 “Good” estimate of $17,200 and its #3 “Very Good” appraisal of $27,500.

Launched in 1965, the John Polwhele Blatchley designed Silver Shadow was a major departure from the Silver Cloud it replaced.  More than 50% of Silver Clouds had been sold in its home market where, by the standards of much of Europe and most of North America, roads were narrow and crowded.  The new Shadow was nearly four inches narrower and seven inches shorter than the Silver Cloud, but nevertheless managed to offer increased passenger and luggage space thanks to more efficient packaging made possible by unitary construction.

Other new features included four-wheel disc brakes and an independent rear suspension instead of the outdated live axle design of previous Rolls models.  The standard-wheelbase Silver Shadow measured 203.5 inches and weighed 4,700 pounds.  Shadows featured a 172 horsepower 6.2 L V8 from 1965 to 1969, and a 189 horsepower 6.75 L V8 from 1970 to 1980. Both powerplants were coupled to a General Motors-sourced Turbo Hydramatic 400 automatic gearbox, except on pre-1970 right-hand-drive models, which used the same 4-speed automatic gearbox as the Silver Cloud (also sourced from General Motors, the Hydramatic).

A distinctive feature was a high-pressure hydropneumatic suspension system licensed from Citroën, with dual-circuit braking and hydraulic self-leveling suspension. At first, both the front and rear of the car were controlled by the leveling system; the front leveling was deleted in 1969 as it had been determined that the rear leveling did almost all the work.  Rolls-Royce achieved a high degree of ride quality with this arrangement.

In 1977, Rolls Royce renamed the car the Silver Shadow II in recognition of several major changes, most notably rack and pinion steering; modifications to the front suspension improved handling markedly.  Externally, the bumpers were changed from chrome to alloy and rubber starting with the late 1976 Silver Shadows. These new energy-absorbing bumpers had been used in the United States since 1974, as a response to tightening safety standards there. Nonetheless, the bumpers on cars sold outside of North America were still solidly mounted and protruded some two inches less.  Also now made standard across the board was the deletion of the small grilles mounted beneath the headlamps. Outside of North America, where tall curbs and the like demanded more ground clearance, a front skirt was also fitted to the Silver Shadow II and its sister cars.

The British Car Show Men & Motors has this vintage segment on Rolls Royce buying advice posted on their YouTube Channel:

We love the honest, well-preserved presentation of this automobile. There’s something to be said about keeping the patina of slightly worn Walnut nut veneer and hand-laid lacquer befitting a 43-year-old car.  The main thing to look for with any Rolls Royce is documented history and routine, fastidious maintenance and this example appears to have all of this in place.

I am the 3rd owner. This car is 100% original – paint, Everflex roof, interior. The chrome grill and stainless trim are flawless. It has a bit of patina on portions of the hood/trunk. There is zero rust. The interior is perfect, aside from the veneer finish that has cracked away in some areas – the walnut wood itself is excellent.

All the hoses for the brake lines and ride control system were recently replaced. New tires and battery.

Please contact me for more information. I did my best with the pics posted, but many more are available upon request. I have been a long-time collector of classic cars. This vehicle has been very well maintained, and driven primarily on country roads out here in Hunterdon NJ and Bucks PA.”

Show or go: what would you do with this driver quality 1978 Rolls Royce Silver Wraith II?  Comment below and let us know!