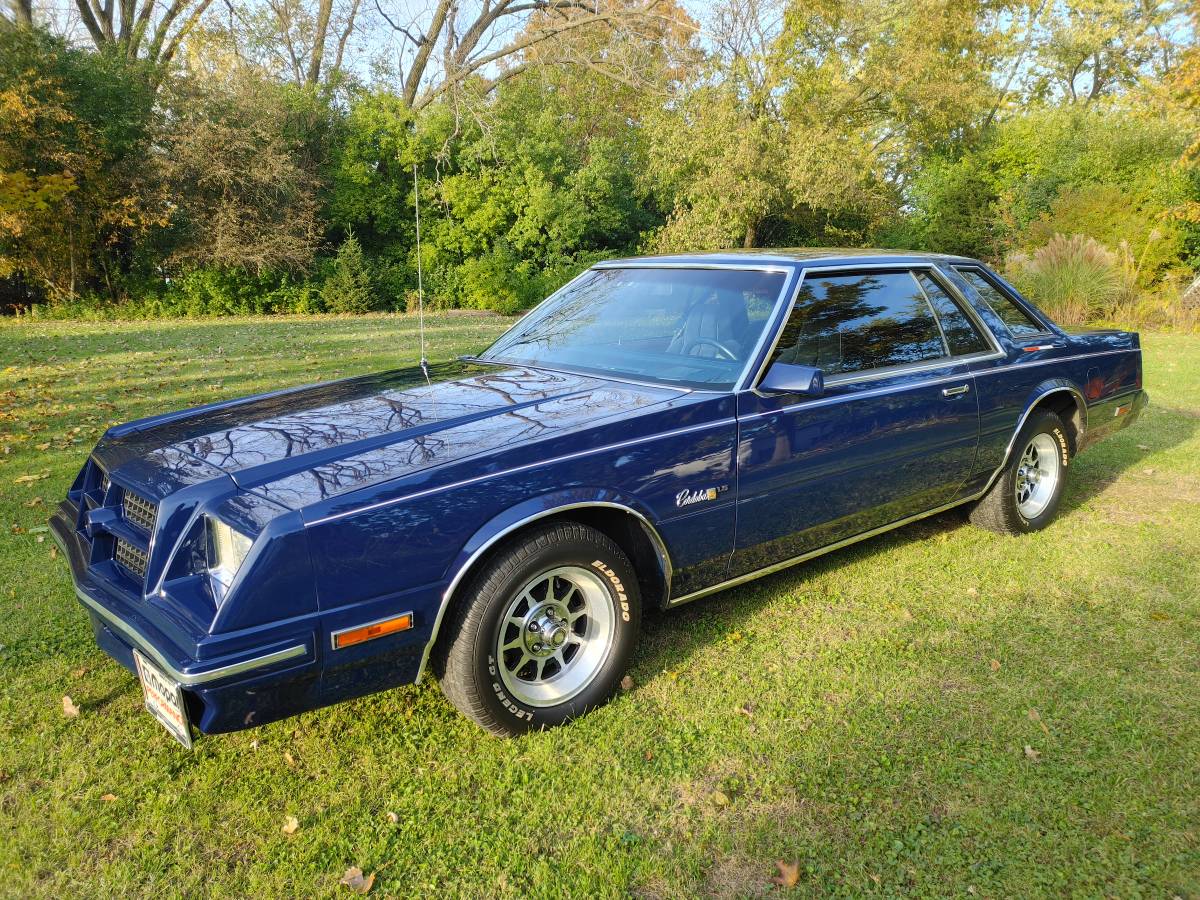 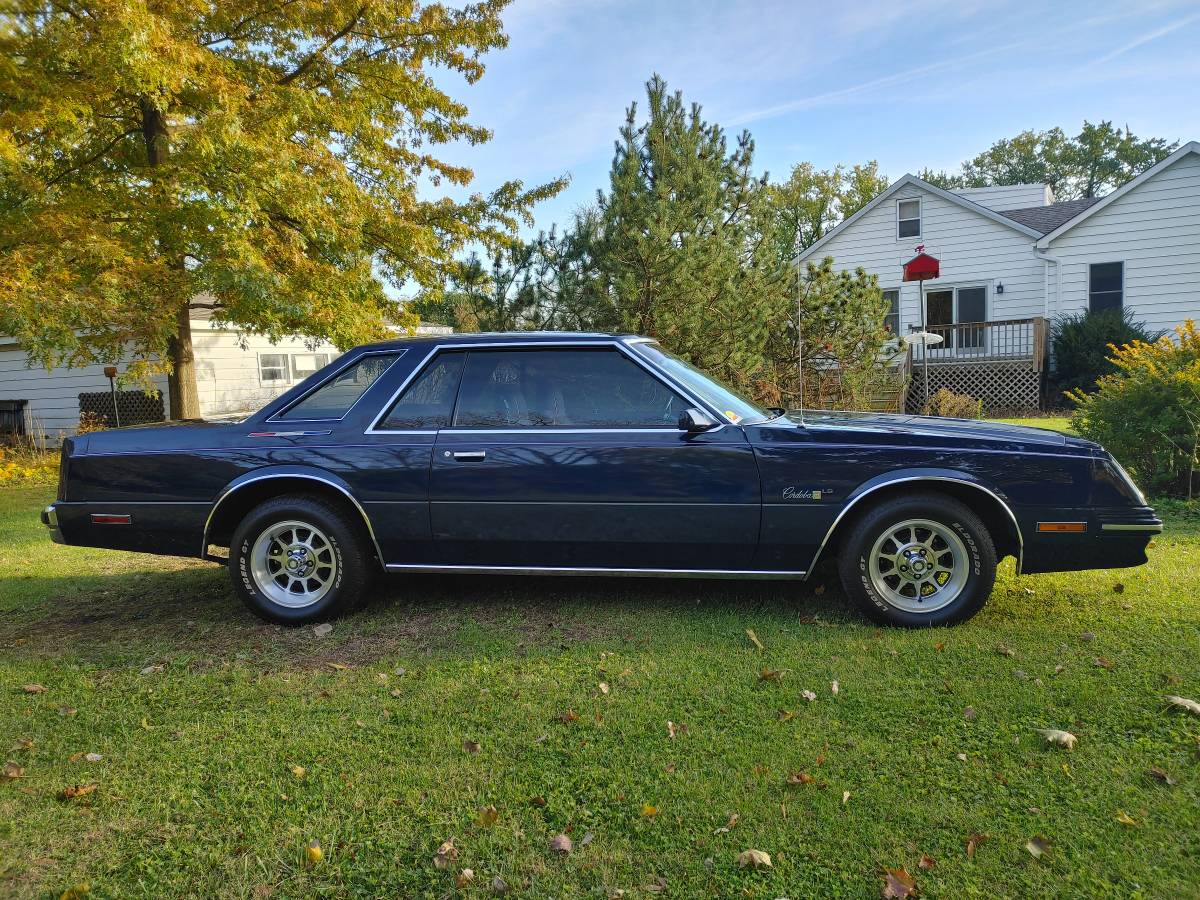 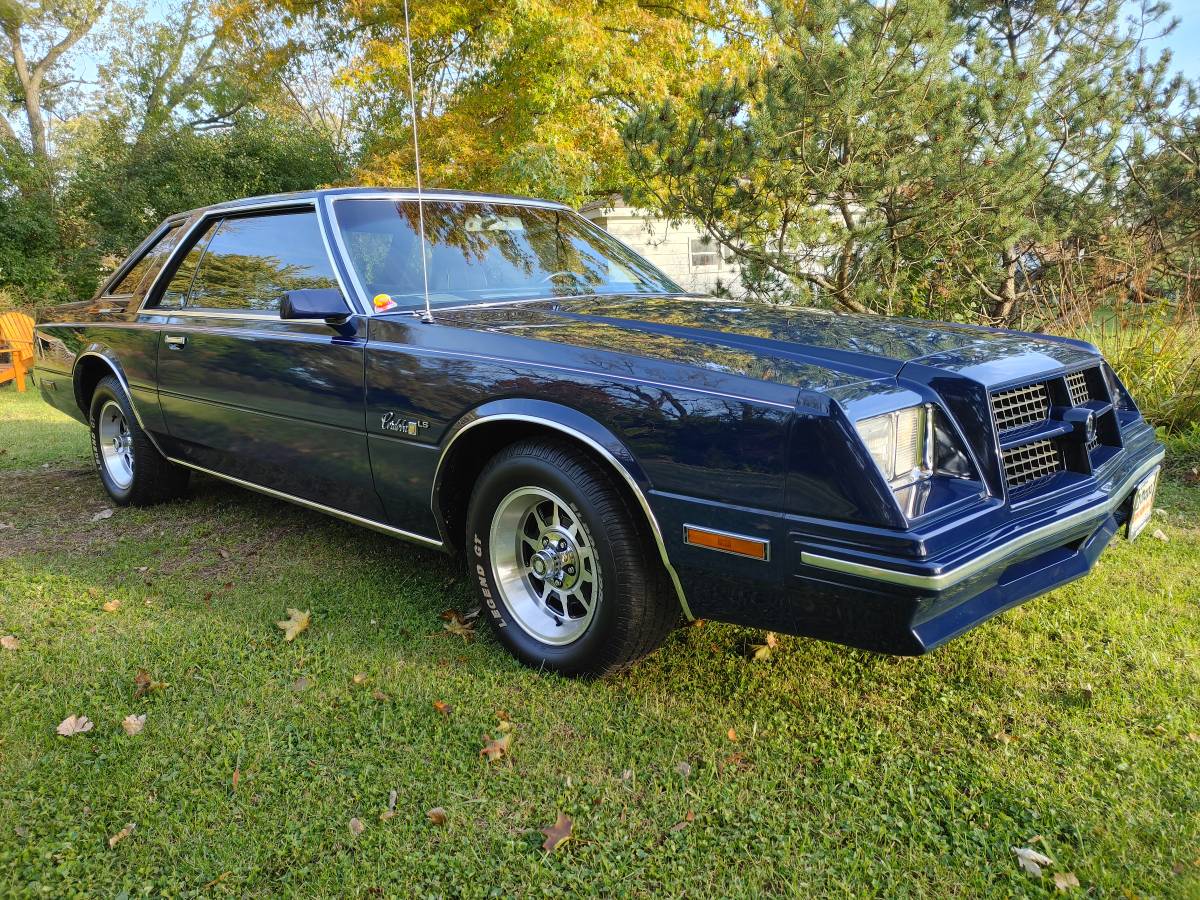 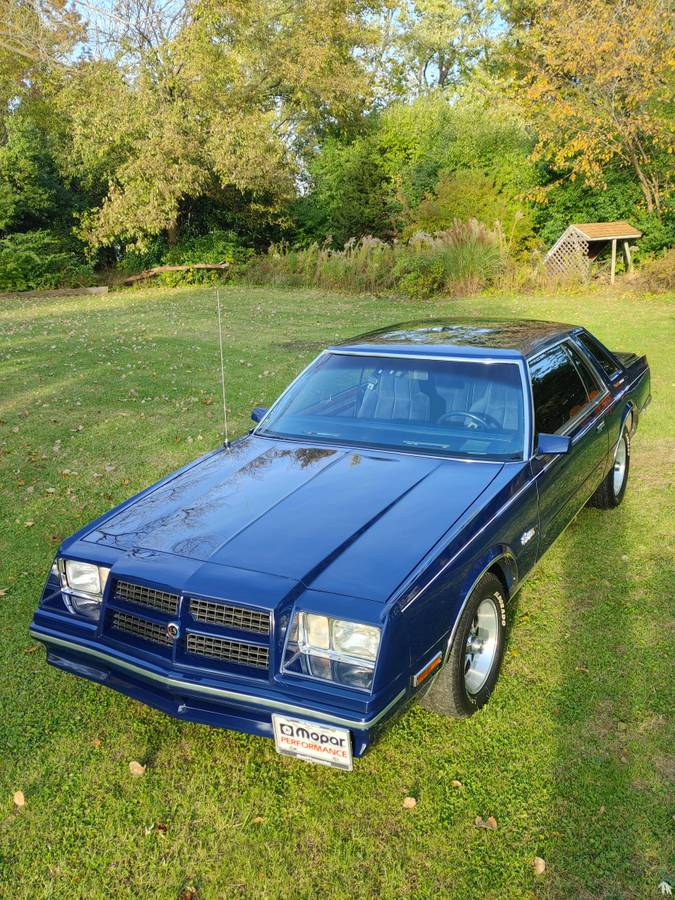 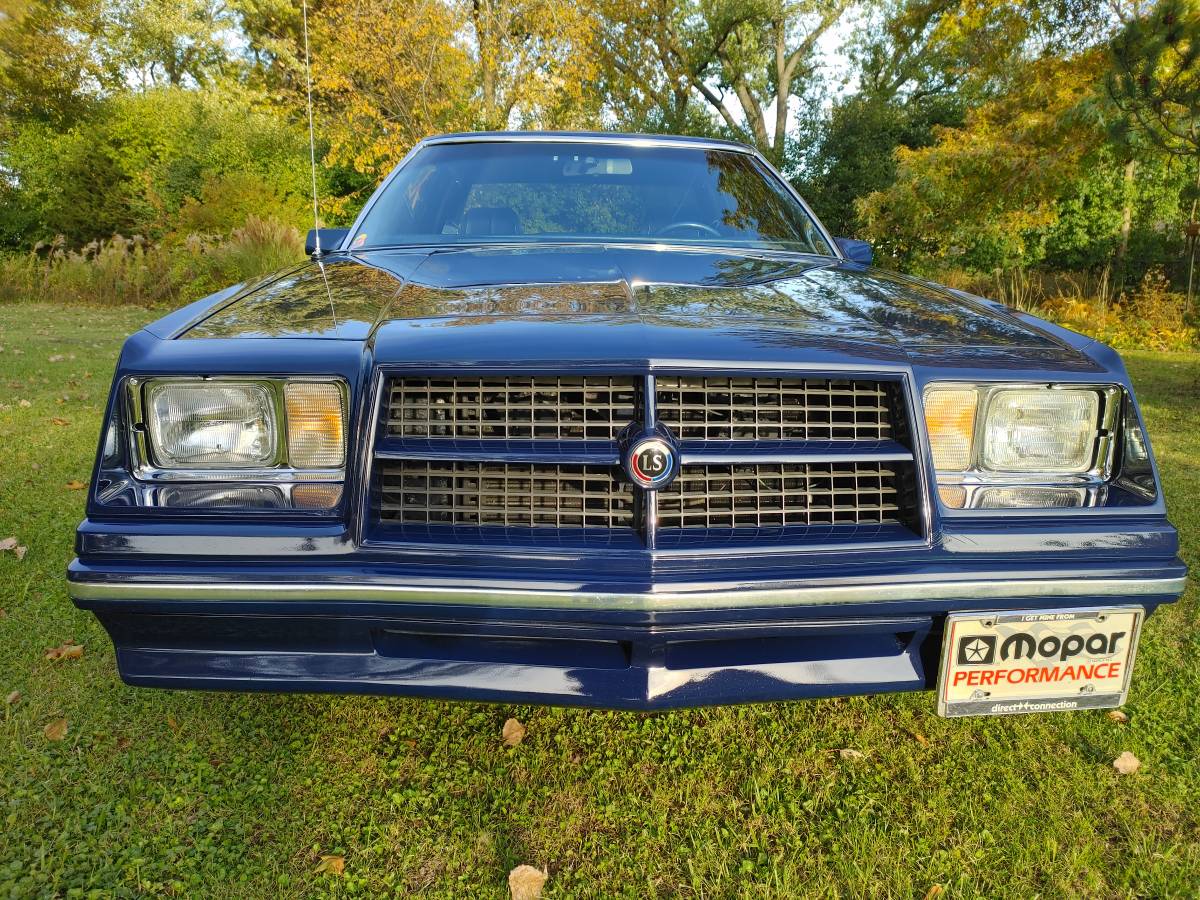 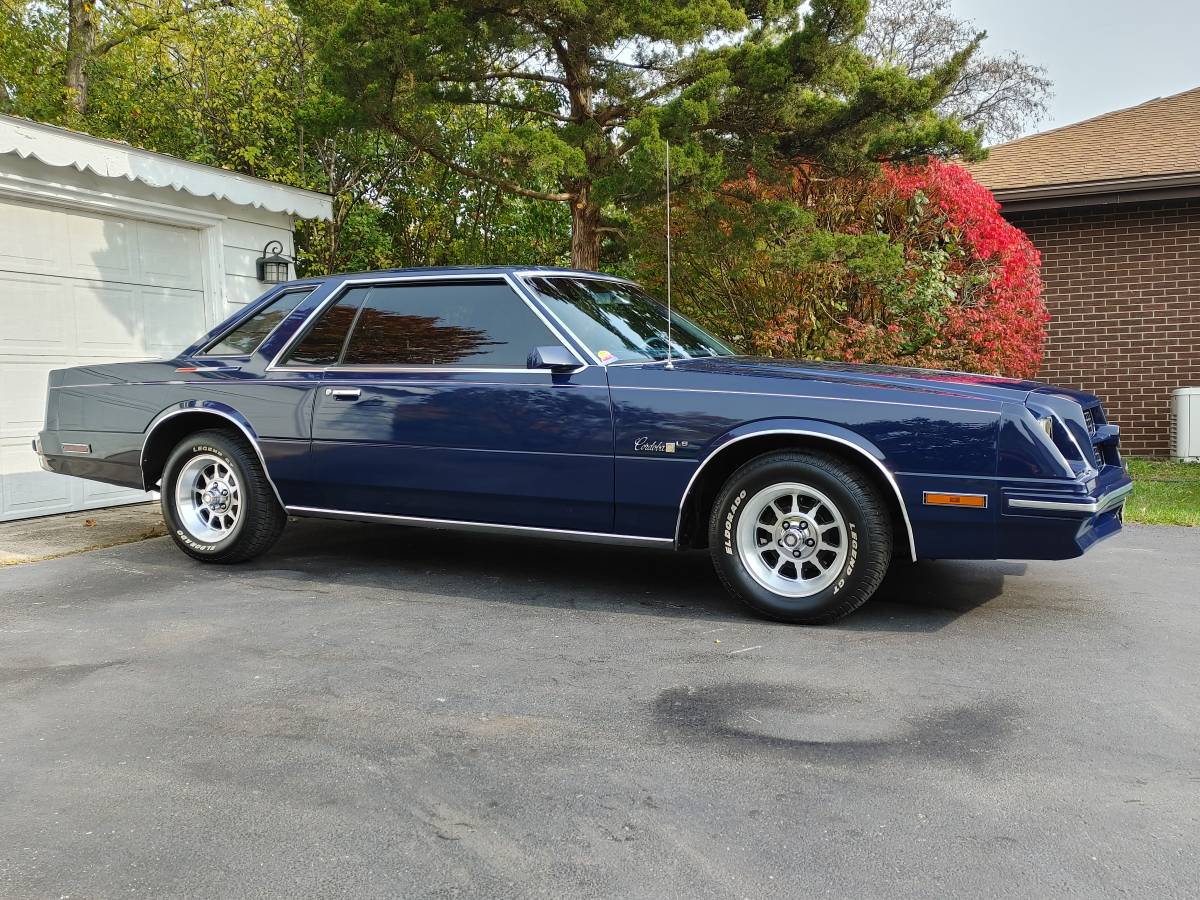 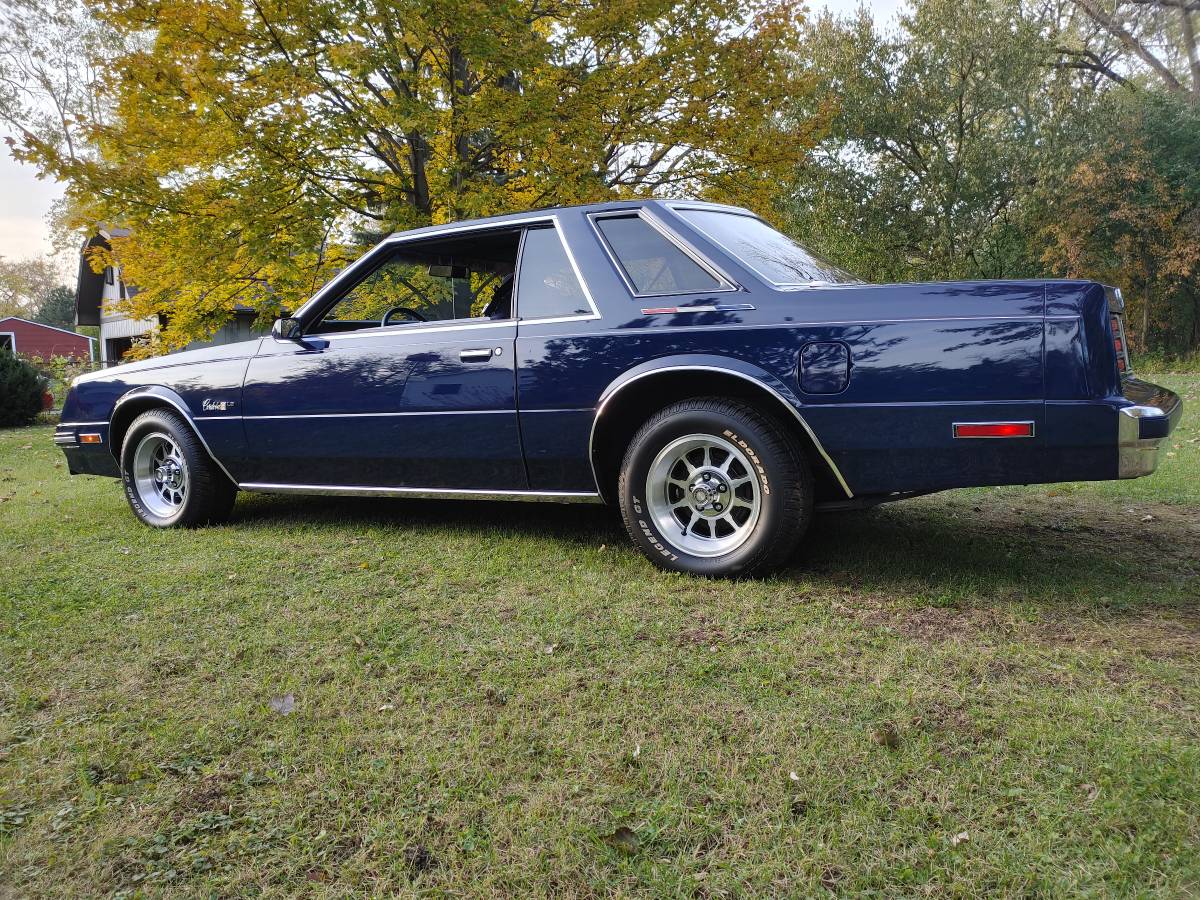 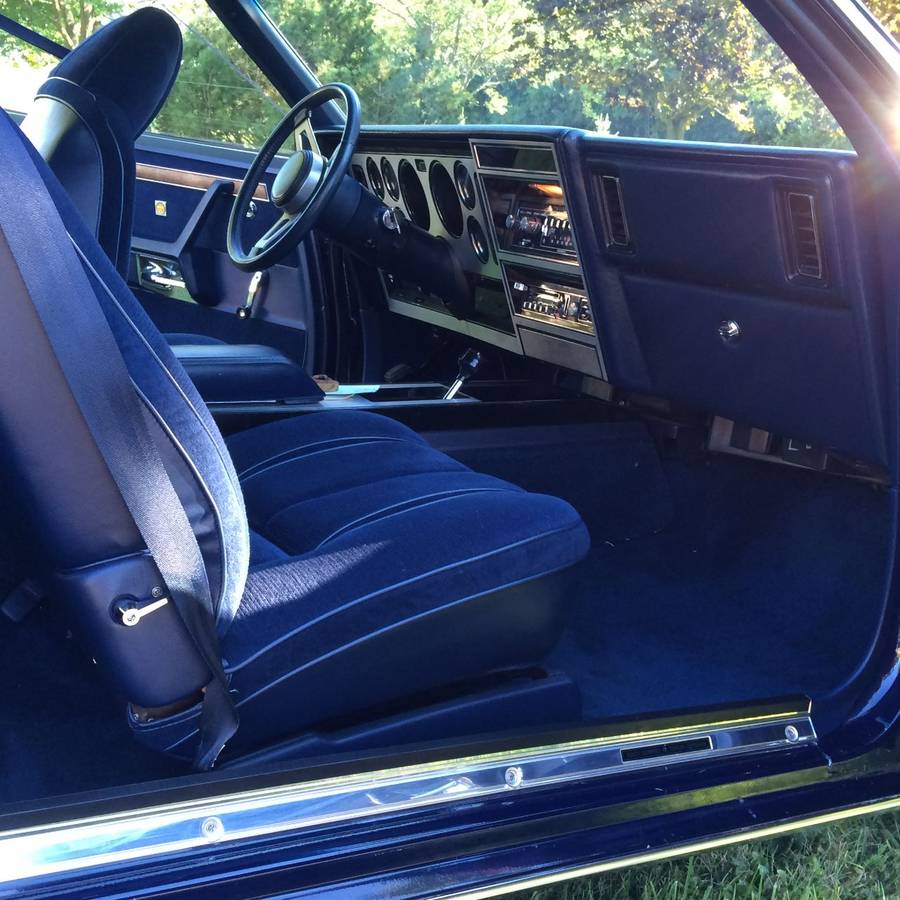 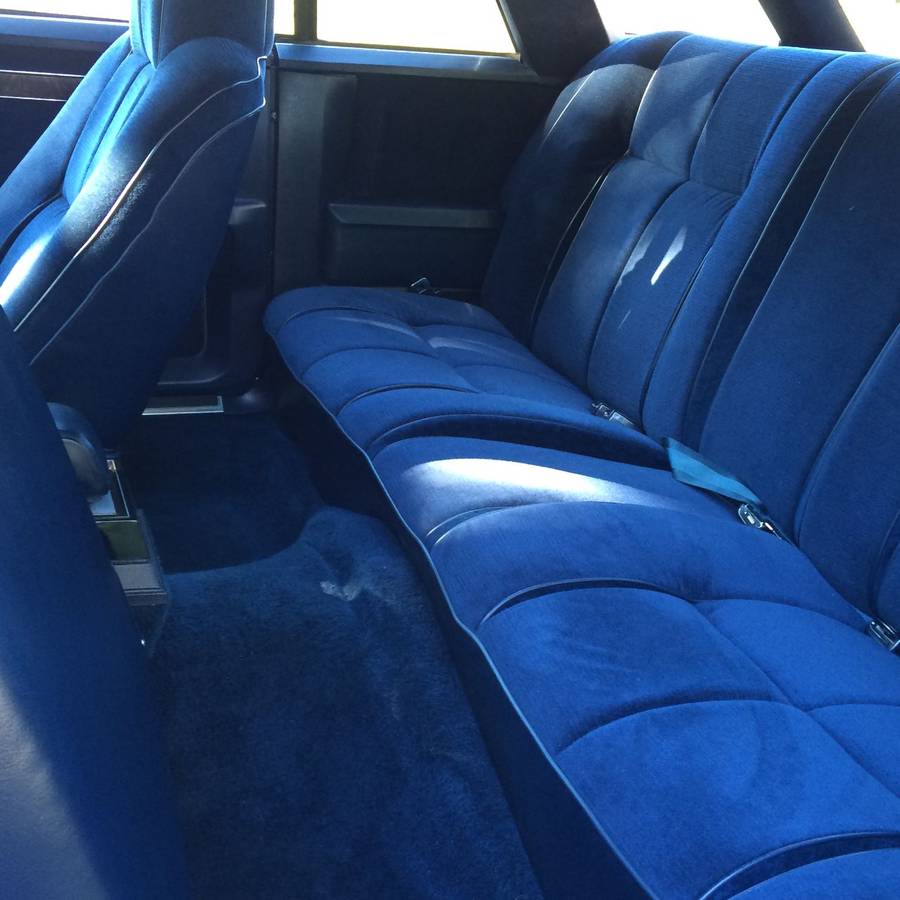 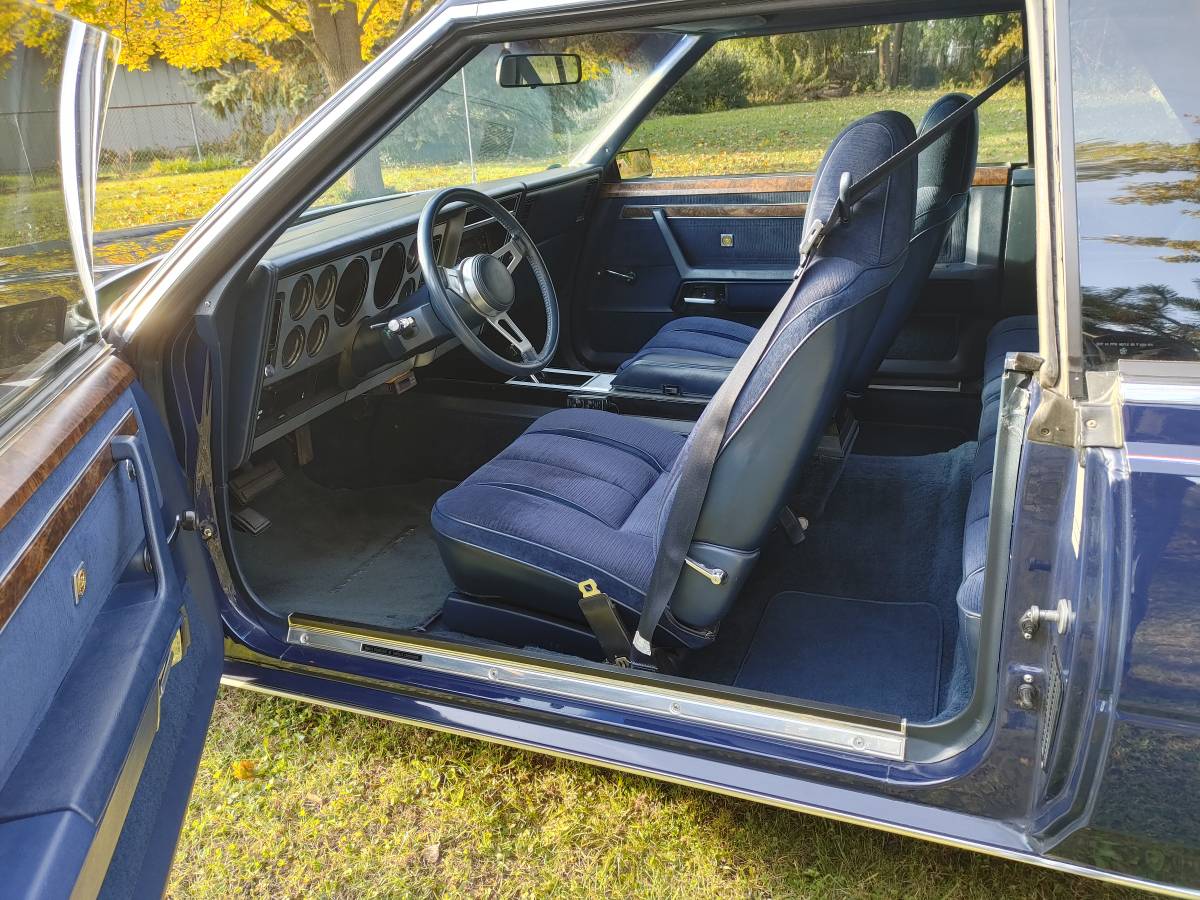 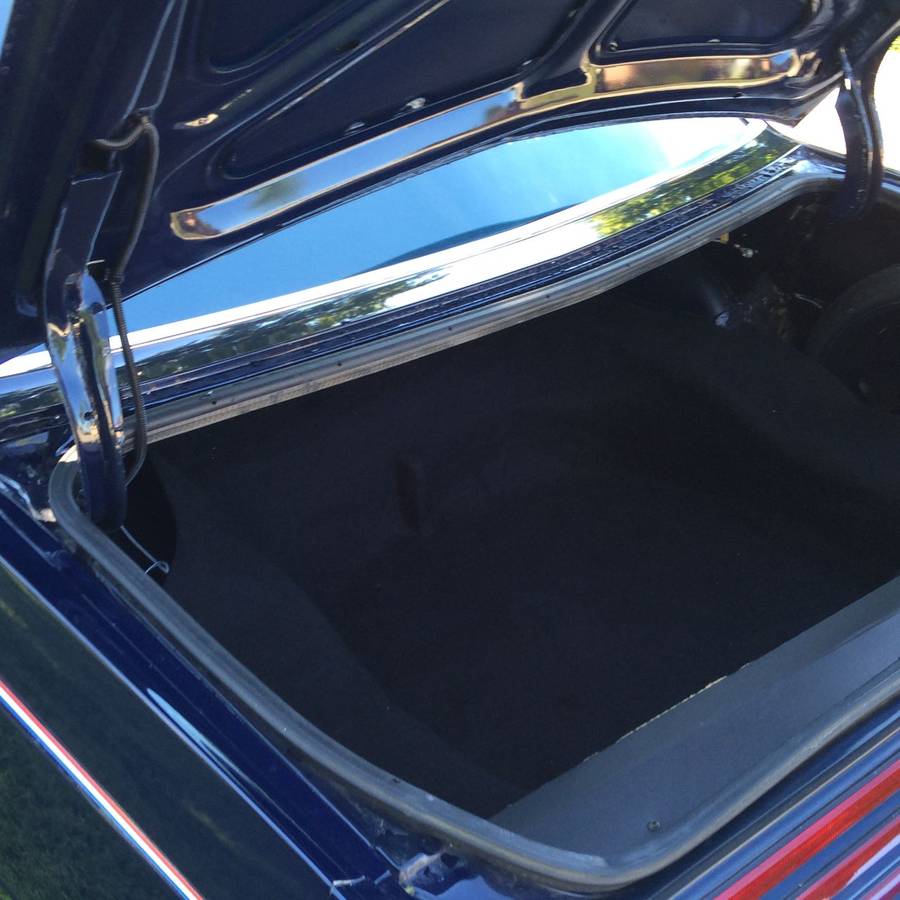 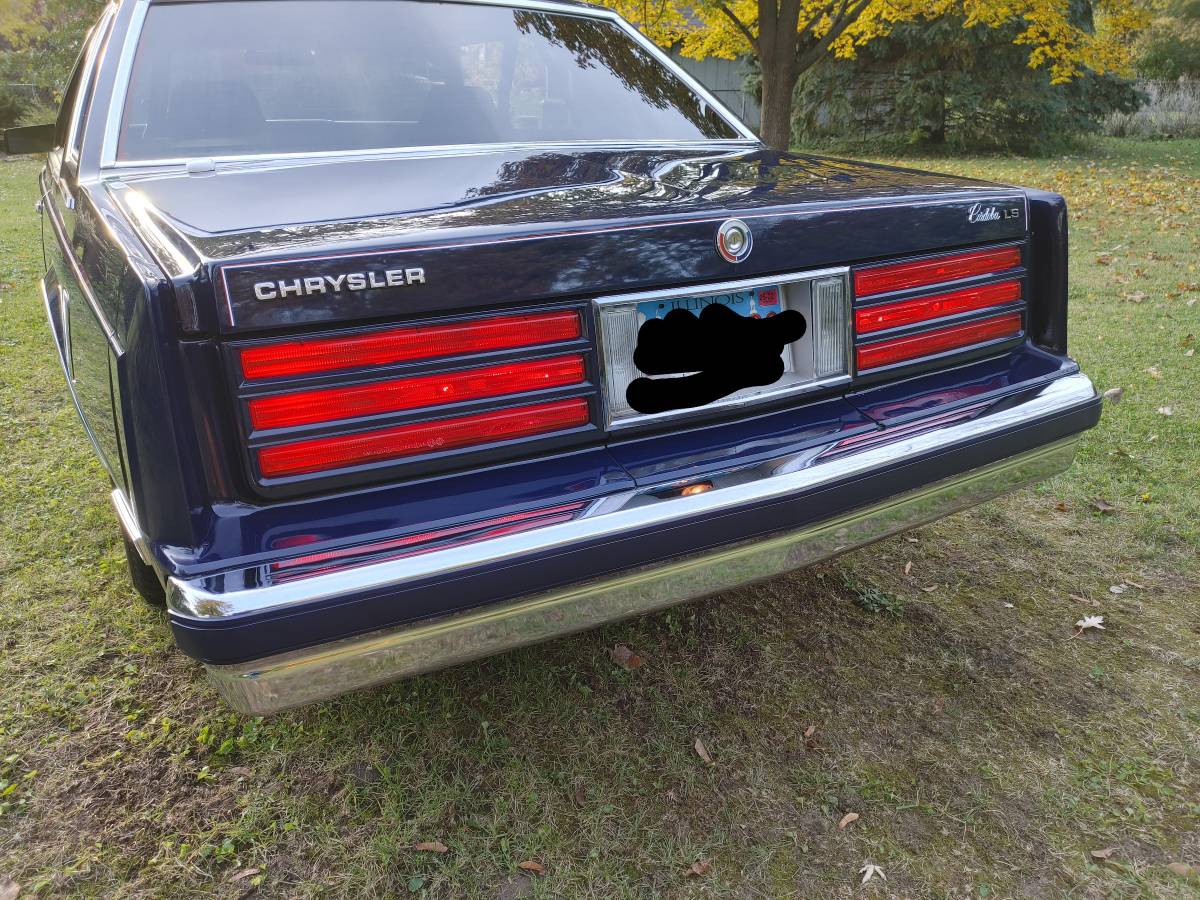 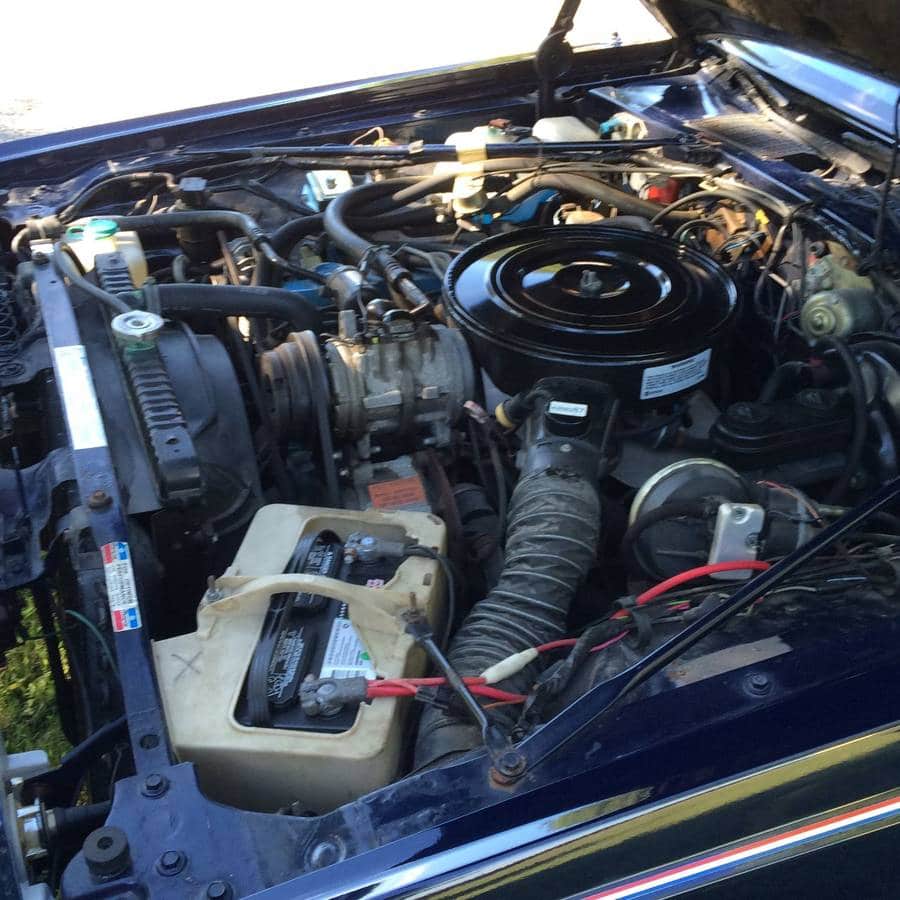 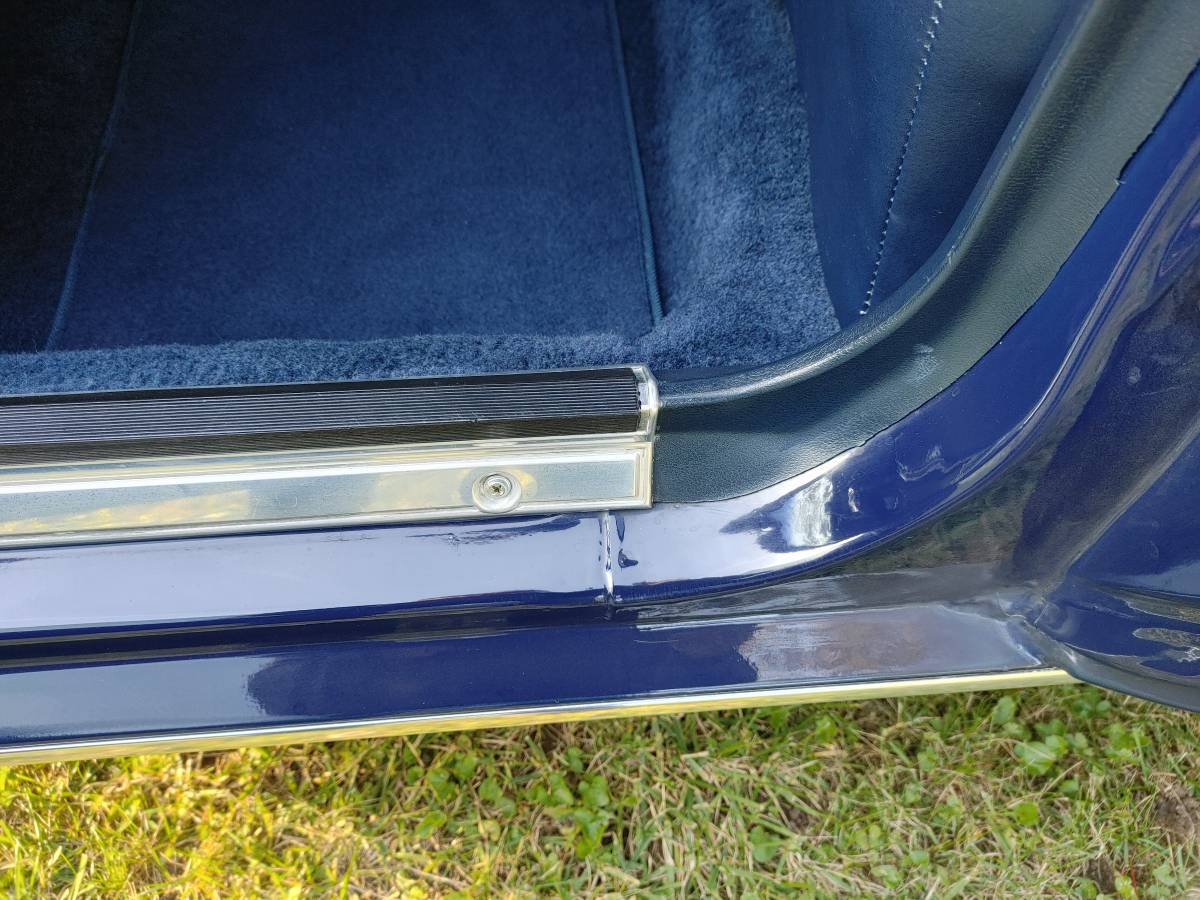 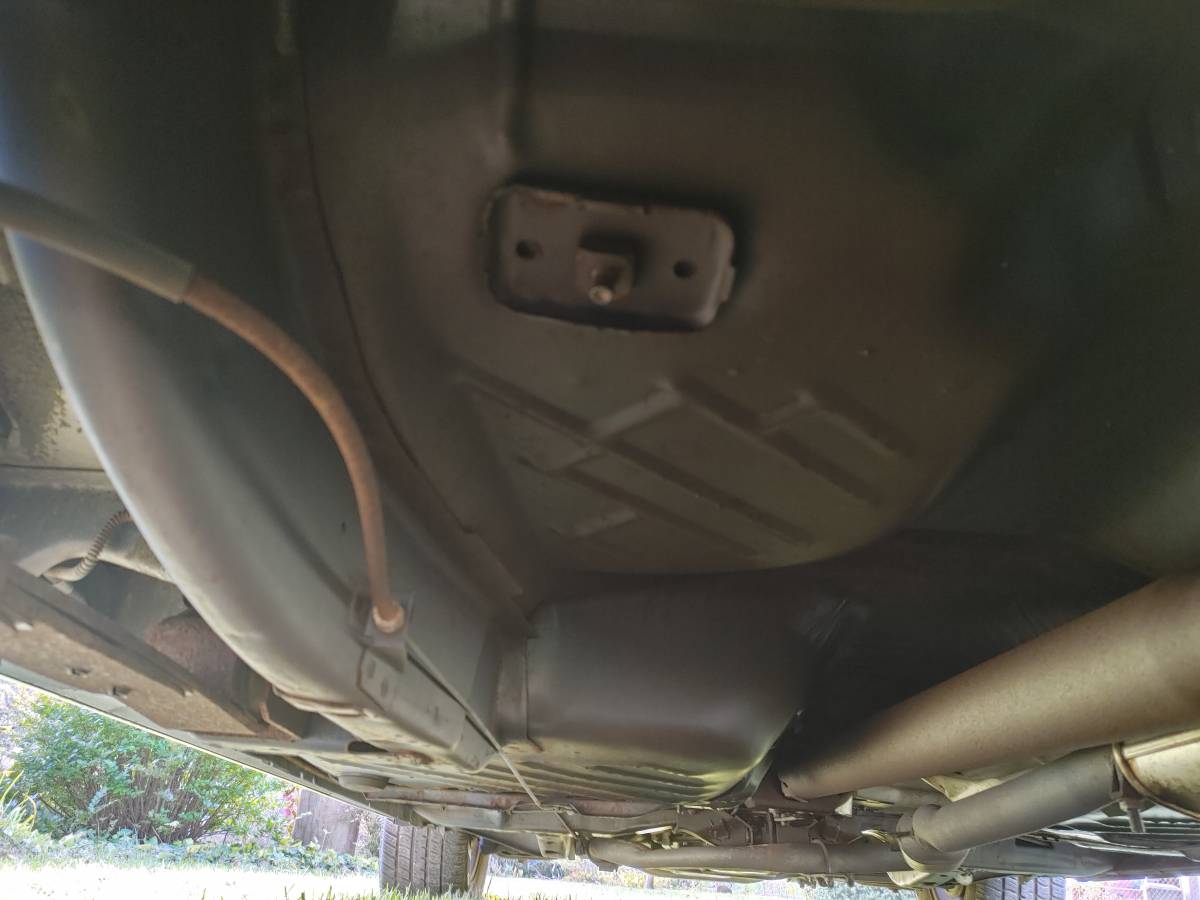 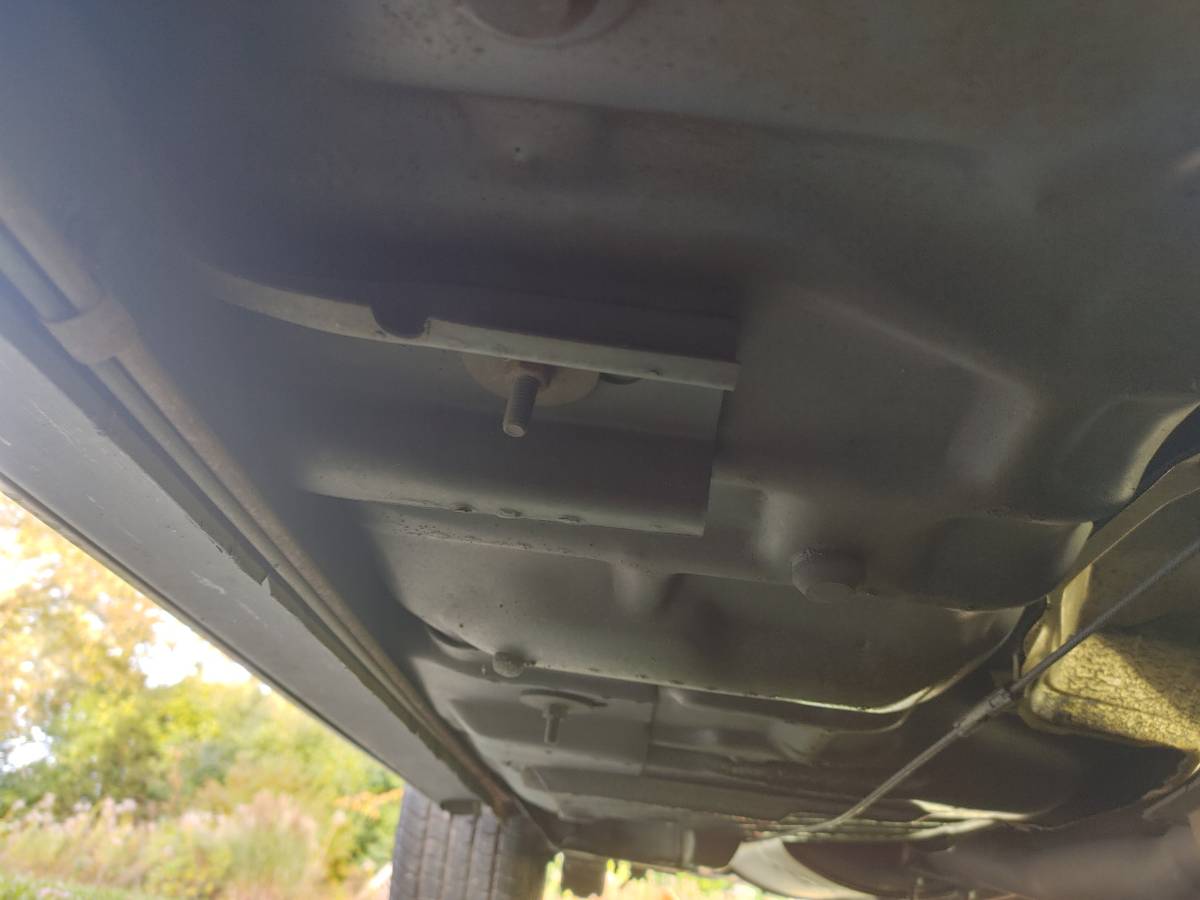 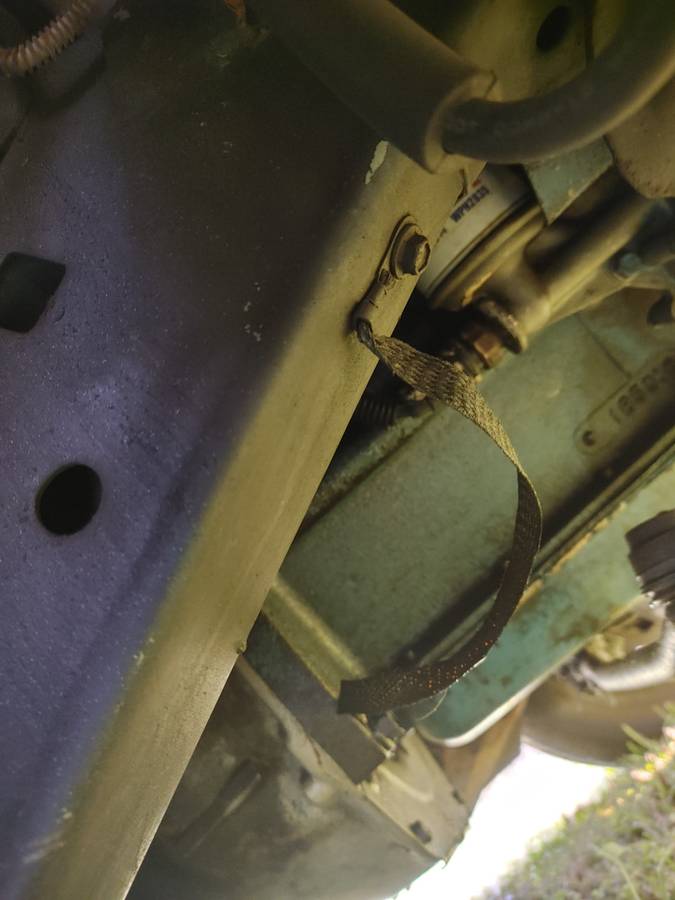 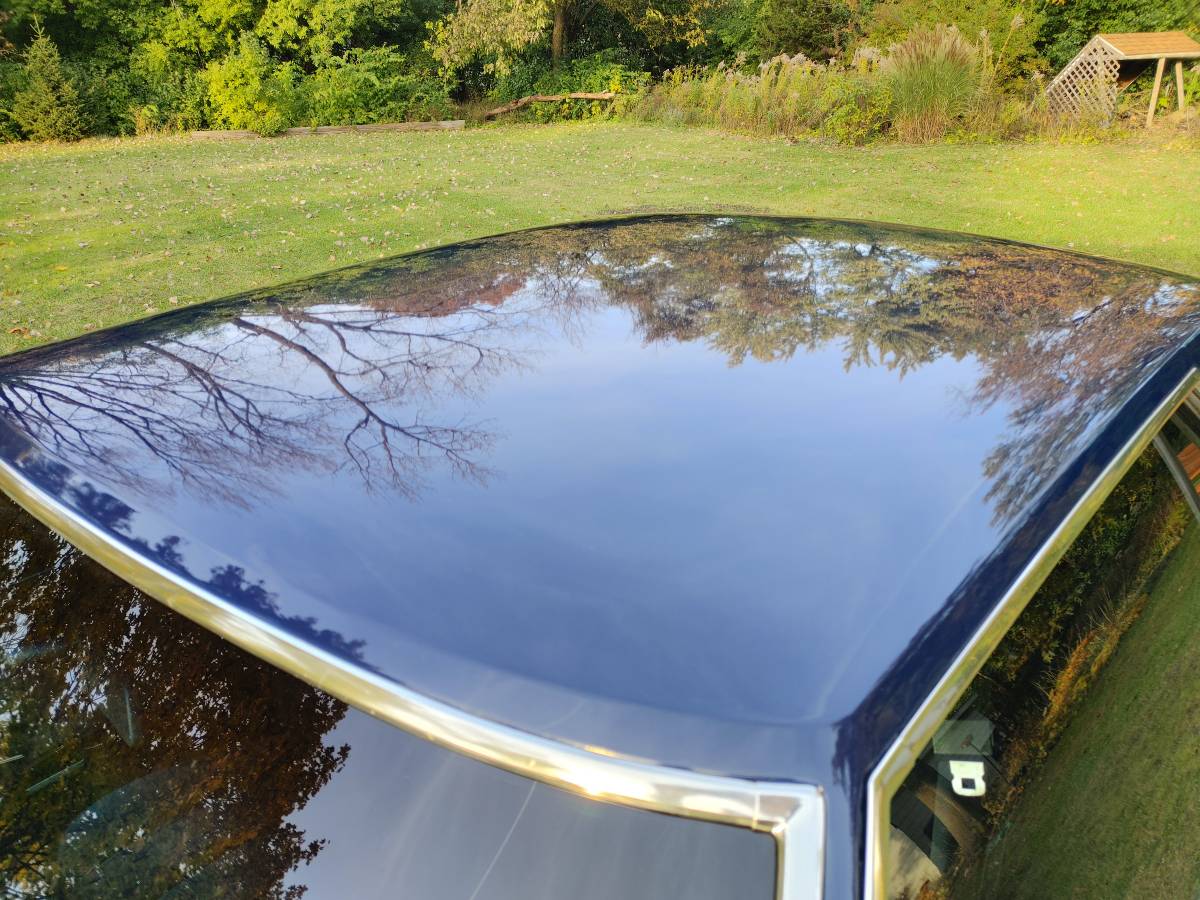 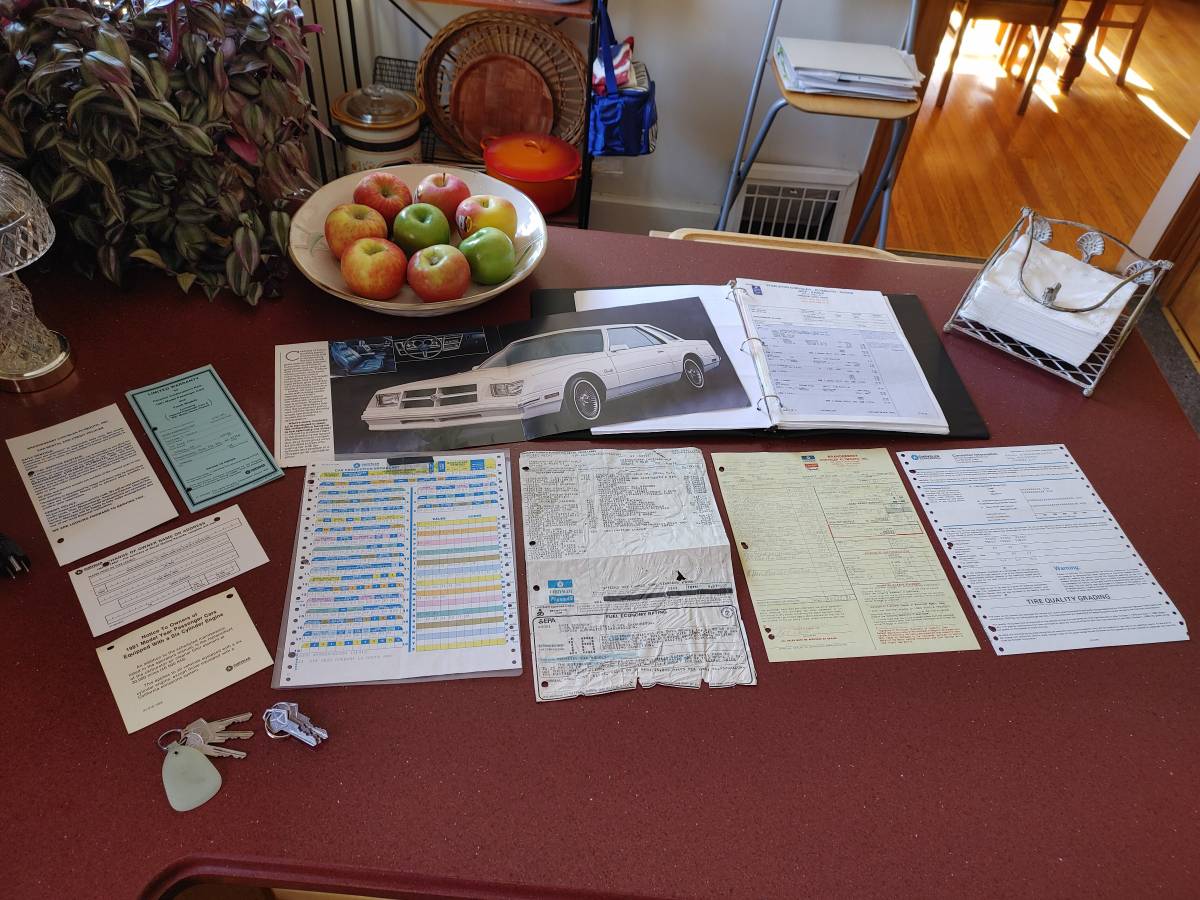 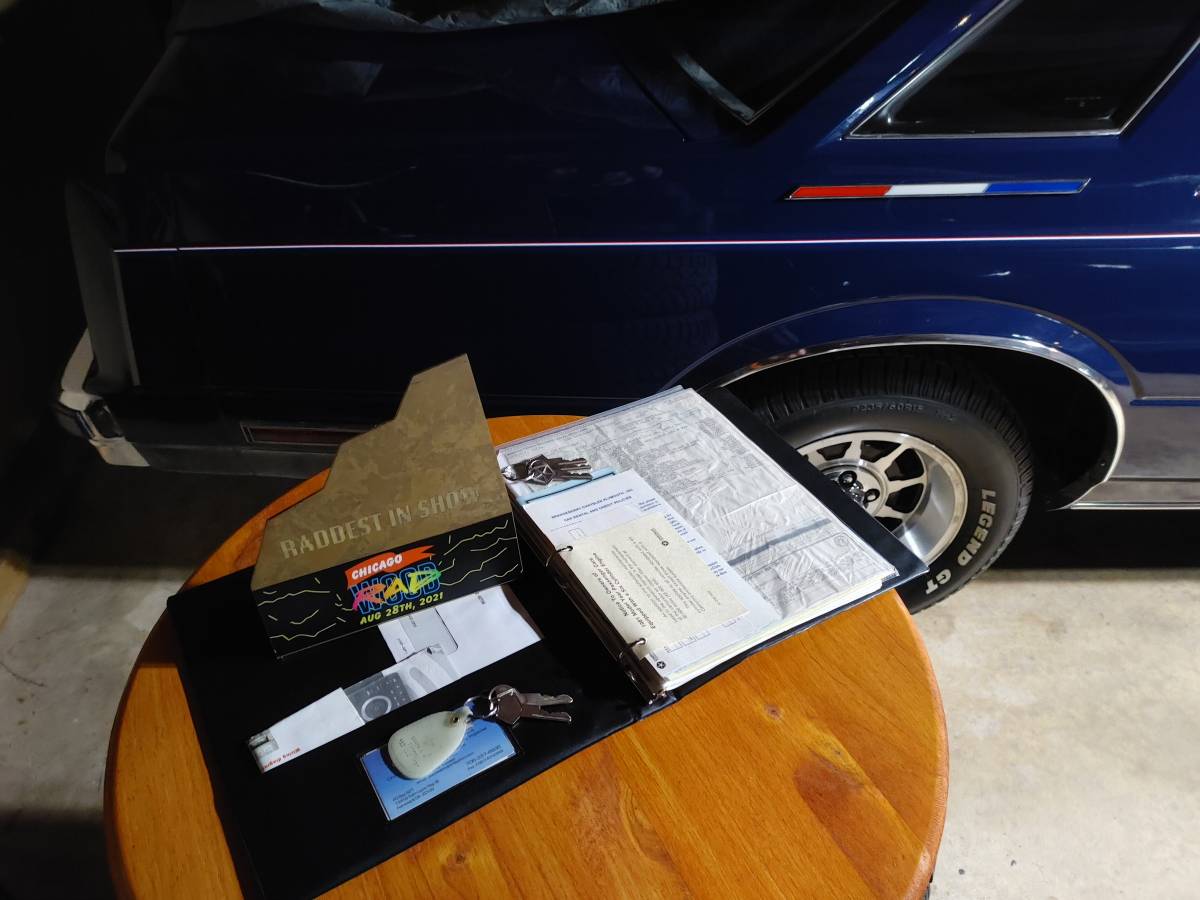 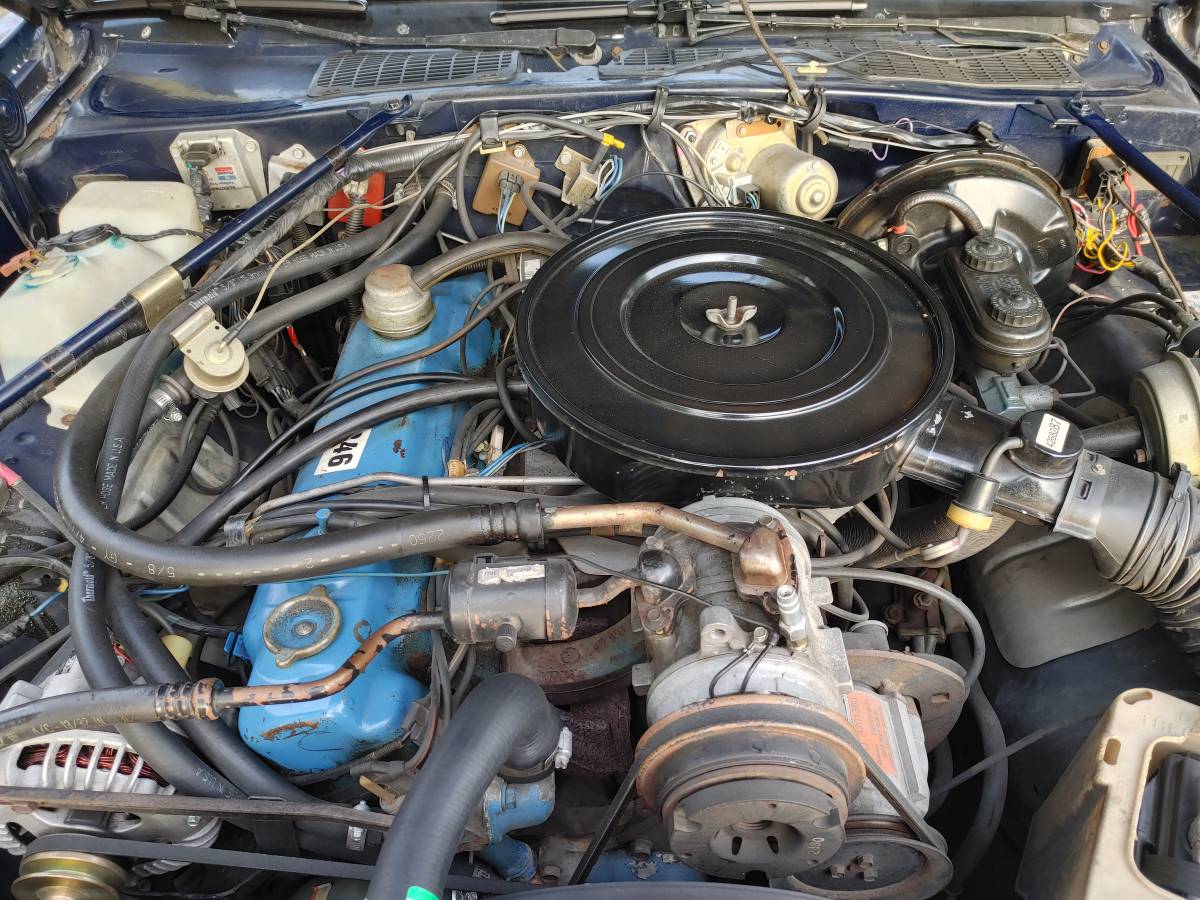 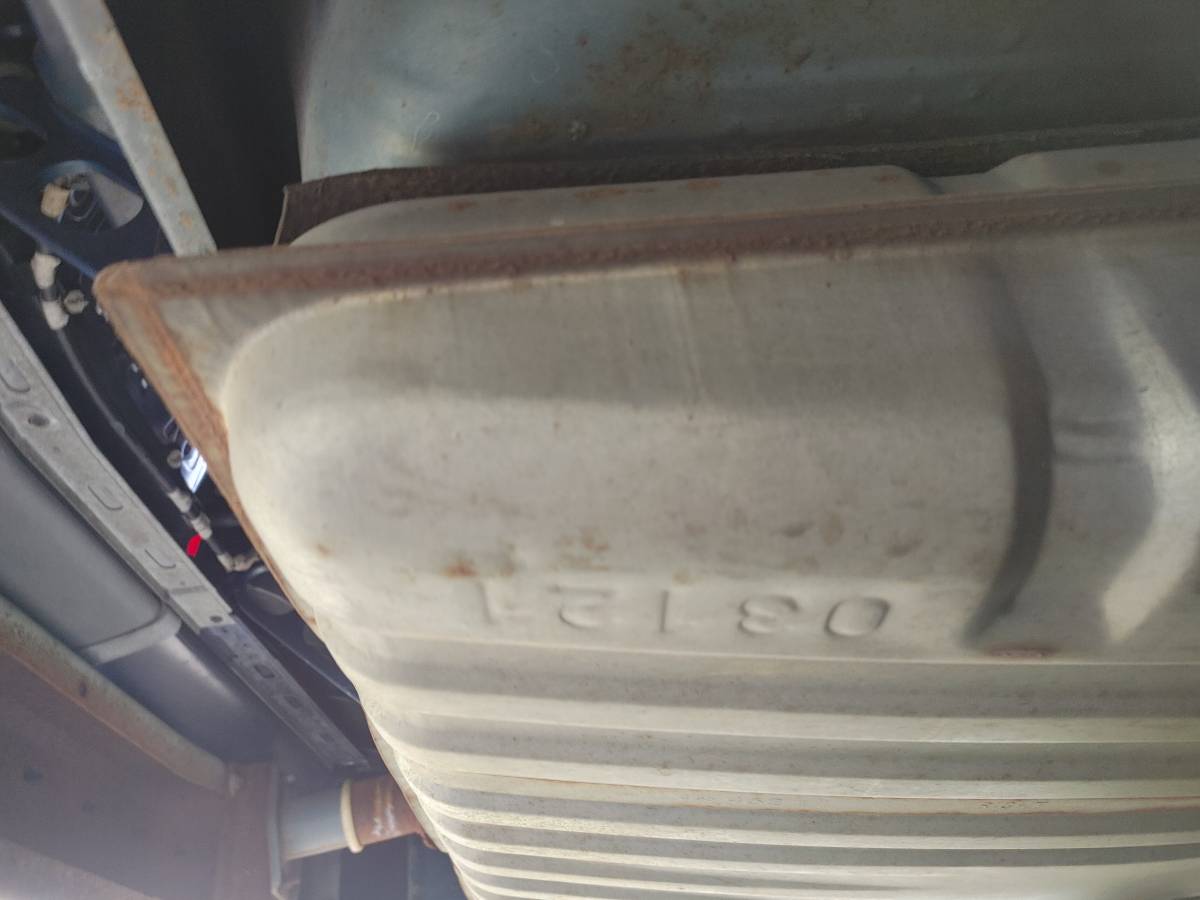 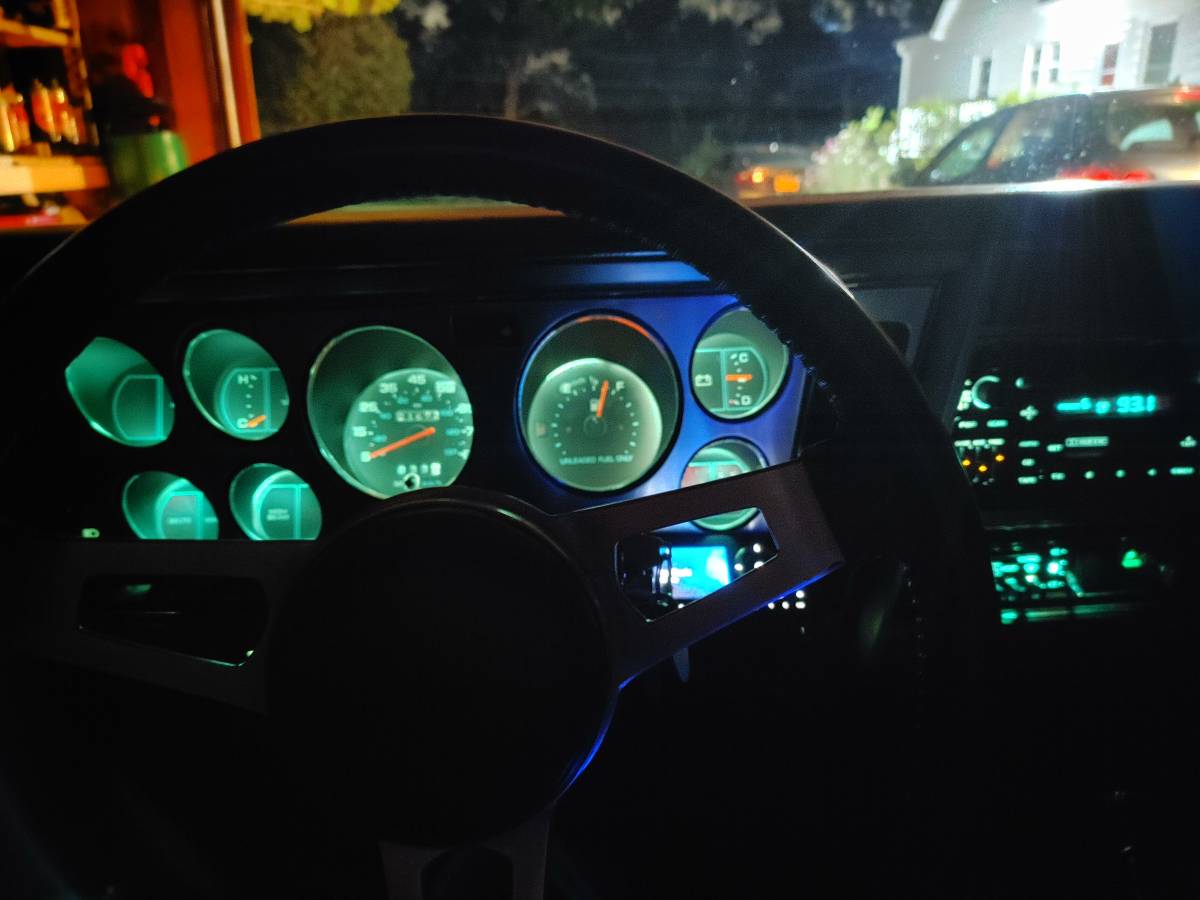 By the late 1979s, Chrysler was on the ropes financially. When Chrysler’s Board of Directors hired Lee Iacocca in 1978 to try to turn things around, he took the bold and unpopular step of asking the U.S. Congress for a $1.5 Billion dollar loan. While Chrysler used the bulk of this money to develop and launch the 1981 K Cars that would help drive the company’s turnaround, some of that emergency money was used to revamp several outdated, gas-guzzling lines. Among those was the aging Chrysler Cordoba personal luxury two-door. So in 1980, Chrysler launched a downsized and squared-off modern version of the second generation Chrysler Cordoba. We came across this 21k original mile survivor example of a 1981 Chrysler Cordoba LS model originally listed in November 2021 on Craigslist in Homewood, Illinois (Chicago).

The third and most meticulous caretaker of this survivor-quality car currently has it listed for $15,500.  While the Hagerty Insurance online tool does not consider these classic cars just yet, a check of the  Collector Car Market Review Online Tool reveals the seller’s ask is nearly double this guide’s #1 “Excellent” estimate of only $8,700 and that’s before deducting fifteen percent fo this car coming equipped with a Slant Six powerplant. While we have no problem demanding a premium for what is clearly an excellent survivor example, we would push to find out what the short-term current owner paid for the car as well as what they did to it justify the high price beyond its like-new, 21K mile status.

As part of its early eighties turnaround, Chrysler engineers moved the second-generation Dodge Charger and Chrysler Cordoba personal luxury twins The smaller, second-generation model to the rear-wheel-drive “J” Body platform popularized by the Plymouth Volare and Dodge Aspen twins.  The Cordoba and Mirada now had a standard six-cylinder engine (the 225 Slant Six) that, while very reliable, only provided 95 SAE Net horsepower for these slightly upmarket coupes. The much-detuned 318 cubic inch, 120 horsepower V8 was an option that most buyers ended up opting for.

Originally intended to be Chrysler’s latest iteration of the famed 300, the 1980 and 1981 LS model featured an aerodynamic-appearing nosecone (nearly identical to that on the Mirada) with a “crosshair” grille. Other features of this model were the deletion of the vinyl roof cover and a monotone color exterior.

The second-generation Cordoba’s styling did not attract the praise of the original, and sales were off substantially. The industry downsizing of vehicles also affected the personal luxury models. Both the Chevrolet Monte Carlo in 1978 and the 1980 Ford Thunderbird shrank in size and sales simultaneously. However, those models eventually recovered as their makers moved to correct their cars’ flaws, while the smaller Cordoba never did. Chrysler was increasingly concentrating on its compact, front-wheel-drive models with four and six-cylinder engines, so by 1983 management stopped producing the Cordoba.

The Osborn Tramaine YouTube Channel does not disappoint by featuring this 1980 Chrysler Cordoba commercial narrated by Ricardo Montalban:

The fourth caretaker (and seller) of this beautiful 1981 Chrysler Cordoba provides a very detailed description of his car that is a must-read (see below).  Having recently won the coveted 2021 RADwood Chicago “RADdest in Show Award”, this Cordoba has the potential for the next caretaker to use this car to win Antique Automobile Club of America (“AACA”) preservation class awards.

“Hello! Up for sale is a Beautiful Nightwatch Blue 1981 Chrysler Cordoba LS Coupe. It has 21,928 original, documented miles on it currently. It runs and drives Beautifully!

A little history of its creation and ownership:

This Cordoba LS, was produced by Chrysler on November 11th, 1980 and shipped to Brandenberry Chrysler-Plymouth in Urbana, Ohio as a floorplan car to be sold to the public at large. Enter owner #1, who purchased the Cordoba LS on March 10th, 1981 and traded in a 1974 Chevrolet Impala, valued at $154.36 towards the purchase! The first owner drove it sparingly over the many years of ownership, amassing a grand total of 4,993 miles, before passing it on to the proverbial nephew in the Family in March of 1998.
Nephew Owner #2, continued the Loving Care of this Cordoba LS for the next 16 years and brought the mileage up to a blistering 8,015 miles driven, before owner #3 took over. Apparently not driving the Cordoba LS very far and keeping it in good condition was a staple standard that ran in the Family! Throughout these early years, the car remained in Ohio, never far from the originating dealership.
Owner #3 finally took the Cordoba LS out of Ohio and brought it to the state of Illinois, where it still currently resides under my ownership. Owner #3 continued to carry on the great preservation and care of the Cordoba, but this owner also made additional “improvements” that owner #3 felt “refreshed” the Cordoba in a meaningful way. While the Cordoba has always been stored inside a garage throughout its entire life, owner 3 felt that the original paint had a dull quality to it. After careful consideration, owner #3 decided to repaint the Cordoba in its original NightWatch Blue color. This was no overnight job, as the paperwork that I have states over $4,000 went into the paint job alone! Subsequent extensive care and paint correction, has kept it looking absolutely Beautiful as the pictures illustrate. In addition to the cosmetics, owner #3 upgraded the original factory radio to a newer Chrysler OEM spec unit. It performs just as admirably if not better than the original and it sounds great in the car. Regular and preventive maintenance has been continuous and extensive based on all the paperwork that I have, so that has contributed to it’s wonderful preservation to this day. Owner #3 added the most mileage to the vehicle, and it left his posession at 21,692 miles. Much credit should be given to this owner for not only using it and enjoying it, but also keeping up with it and making it look really great as you see in the pictures today! In fact, it was so nice, that this past summer, it Won a trophy at Radwood Chicago 2021 for being “Raddest in Show”!(see picture) Not bad for an early 80s Chrysler to Win the Top Spot at that show! Well Deserved!
I am the 4th owner and have had it but for a short while. I have racked up 300+ plus enoyable miles of cruising and I have to say it lives up to it’s low miles status. You hear Nary a rattle or a shake and the frameless doors and their soft seals, do not make any wind noise at highway speed which is really a pleasant surprise.
In 1981, Chrysler updated the slant 6 engine and utilized hydraulic lifters instead of solid lifters that had been the staple of slant sixes has since their inception. Runs quiet and for what it is, while no Hemi, handles itself with aplomb. All the original equipment is present in the vehicle and all of it functions perfectly. From all the vacuum hoses, to the emissions equipment, to the solenoids connected to the carburetor; even the factory heat shield under the carburetor is still there and that usually goes missing from these cars. The Torquefite transmission shifts smoothly and there are no strange noises to be heard. This Cordoba LS escaped the factory with a Non Sure-Grip 8 1/4″ axle with 2.94 axle ratio. Oddly enough, it has the big drum brakes and a sway bar as well… Quite unusual for a slant 6, but that’s exactly how it was equipped according to the mint condition build sheet included. The factory air conditioning was serviced with owner #3 and other than replacement condenser, drier digital temperature setting device and a R-134a Freon conversion, this thing blows nice and cold. A very light tint added to the Windows certainly help the cooling capacity of the system now.

The paperwork included with this Cordoba LS is comprehensive. From the warranty card, to the car rental and credit policies of the originating dealer, to the limited warranty with the original owners information written in, to the original window sticker, the original build sheet, the original sales contract, a Cordoba LS brochure, the factry owners manual and all the supporting receipts throughout the years, really round out Cordobas history in a most Excellent fashion. I have two full sets of keys.
The 10-spoke 15″x7″ FORGED alloy Wheels are an added bonus and add a real sporty look to the LS Package.
The interior is nearly perfect with nice seats, nice upholstery, nice door panels (no cracks) and a real nice soft dashpad. Headliner is mint, as is the trunk area and carpet and even contains the original space saver spare that appears to have never been down on the ground! I have a full bodied car cover to go with the Cordoba!
Underneath the car is really something to appreciate. Other than some general oxidation of the nuts and bolts and the leaf spring shackles, there is nothing to complain about. I did note a couple of small drops of oil coming from the engine to transmission bellhousing area, but it is so minor it only leaves two or three drops on occasion and given that it’s a 40 year old car, that’s not too bad.
This Cordoba would probably be best appreciated and enjoyed “as is”, but it could be easily modified with it remaining a slant six or you could go the old V8 swap route if you wanted to. While I initially had that in mind when I purchased it, I realized it’s just too much of a timepiece to do that to and thus I have decided to part ways and find something that I can modify without the guilt of knowing that I tampered with a real nice original car. If you have the vision to modify or if you desire an original that is truly something to behold, then this is your Cordoba LS.
Production on these J-bodied MoPars, was very low and this was truly the last of the rear wheel drive 2 door Coupe ” Old Chrysler Corporation” MoPars to be made. This body style was a downsized version of the Big Cordobas and Magnums of the late 70s. From 1980-1983, these held Chryslers place amongst the last of the good ones. This is a chance to own a piece of History and it’s looks/design have aged well over time.
Interested parties, should hit the reply button and either email me through Craigslist or call me Directly at my phone number to discuss particulars. I will not accept any text messages.
Scammers and Consigners, please take note, that I respectfully do not need any of your services or what you may be selling ( i.e. vin check services, etc.) Also, I expect the usual “bots” to ping in and ask me if “it’s available”. I will make note in the ad when there is a “pending sale” and remove it when it is fully “sold”. I have set a fair price to start at and I am reasonable and open to Fair Negotiation. The “Low-Ball” offer will receive an expected and polite “No”! A Clear and Clean Illinois title along with a Bill of Sale and all the other documents, will be given to the new owner. I ask kindly that you Please be Serious in Your Interest. I am familiar with these vehicles and am Confident and Hopeful to find an Appreciative Home for my Cordoba LS. Thank You!”

Show or go: what would you do with this survivor Cordoba?  Comment below and let us know! 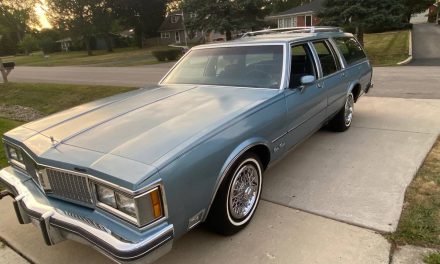 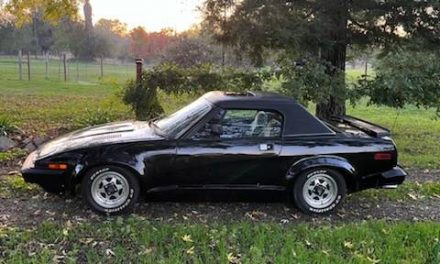