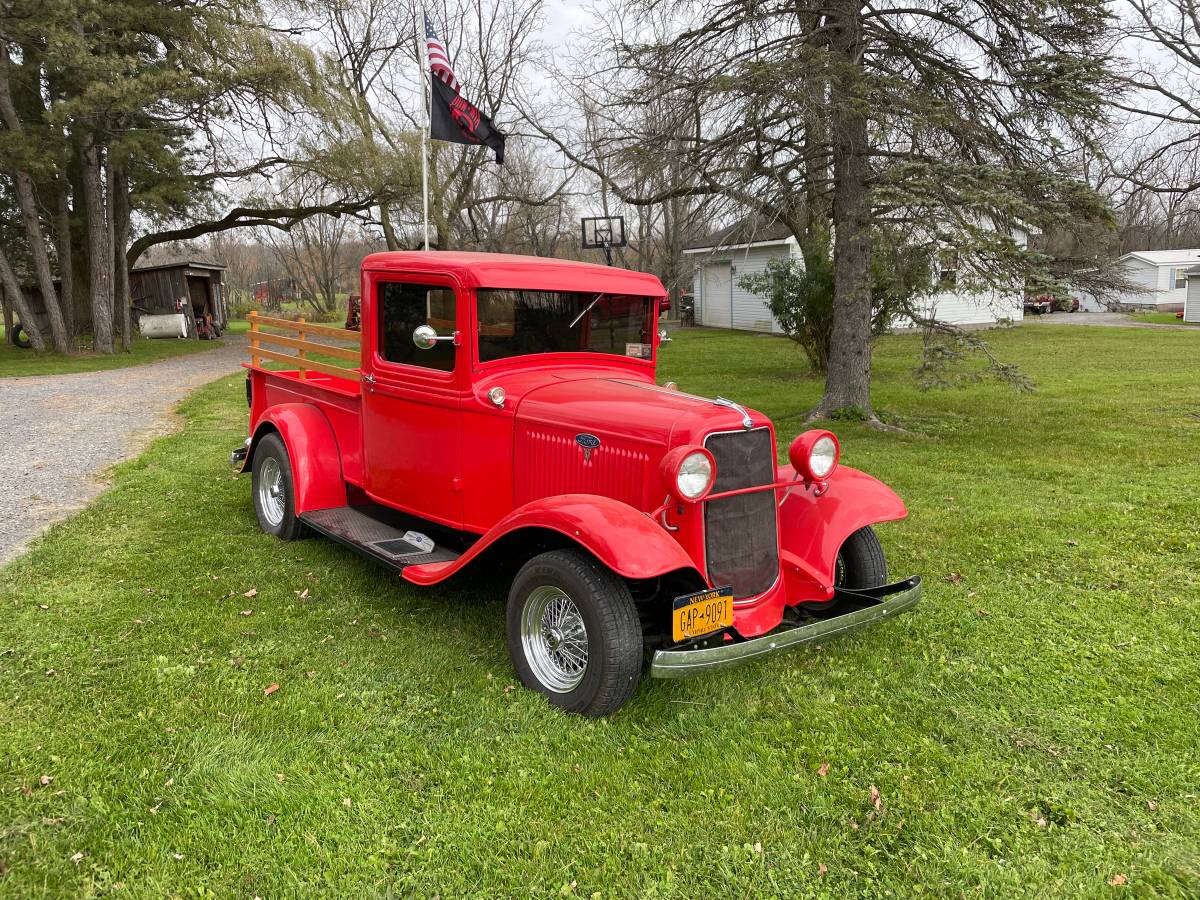 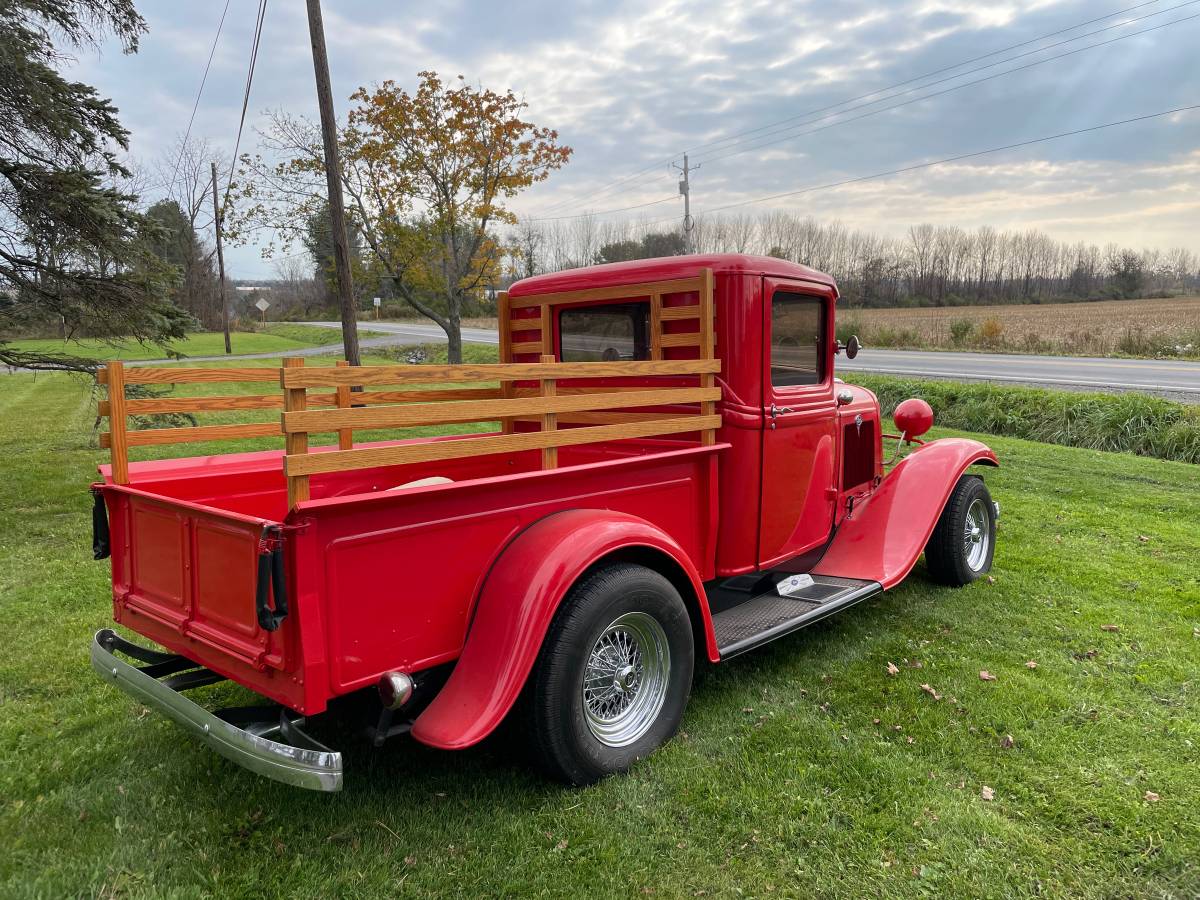 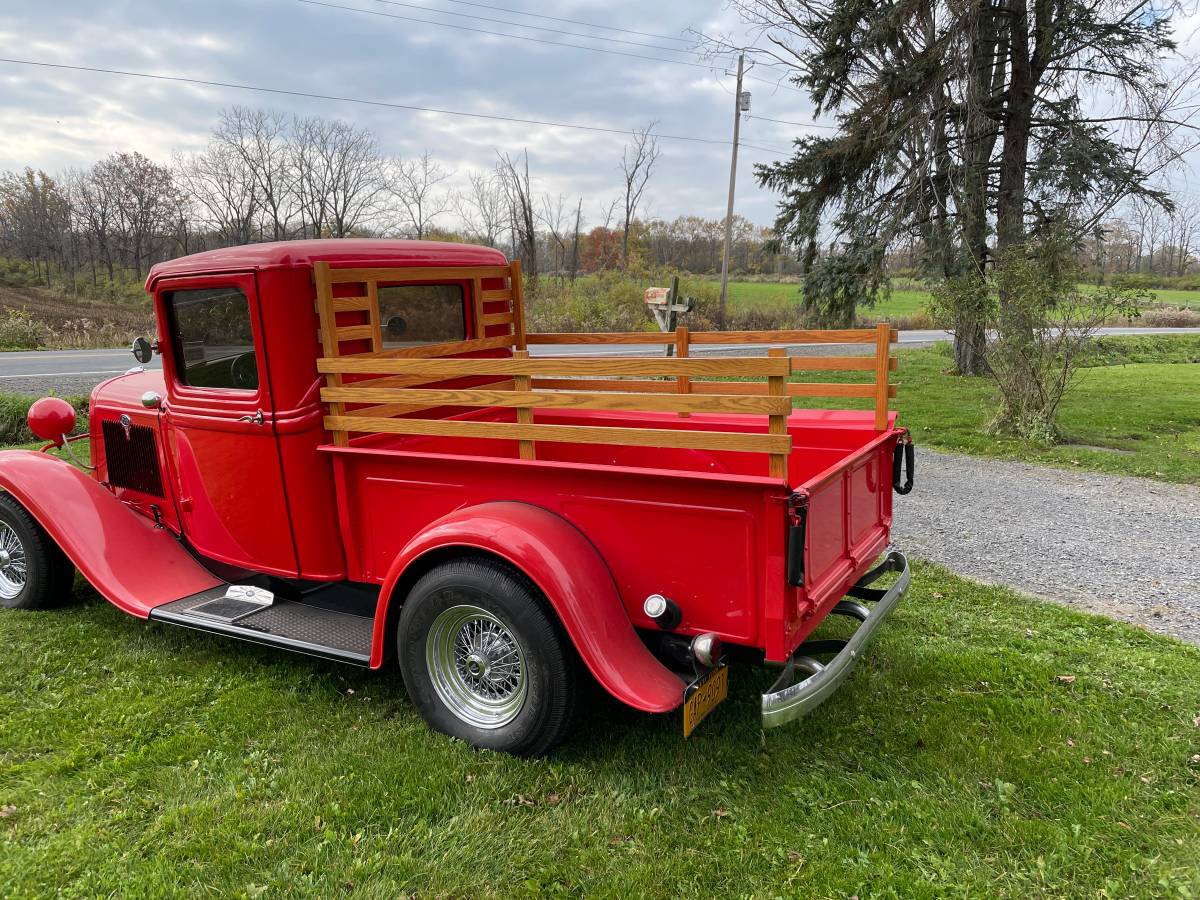 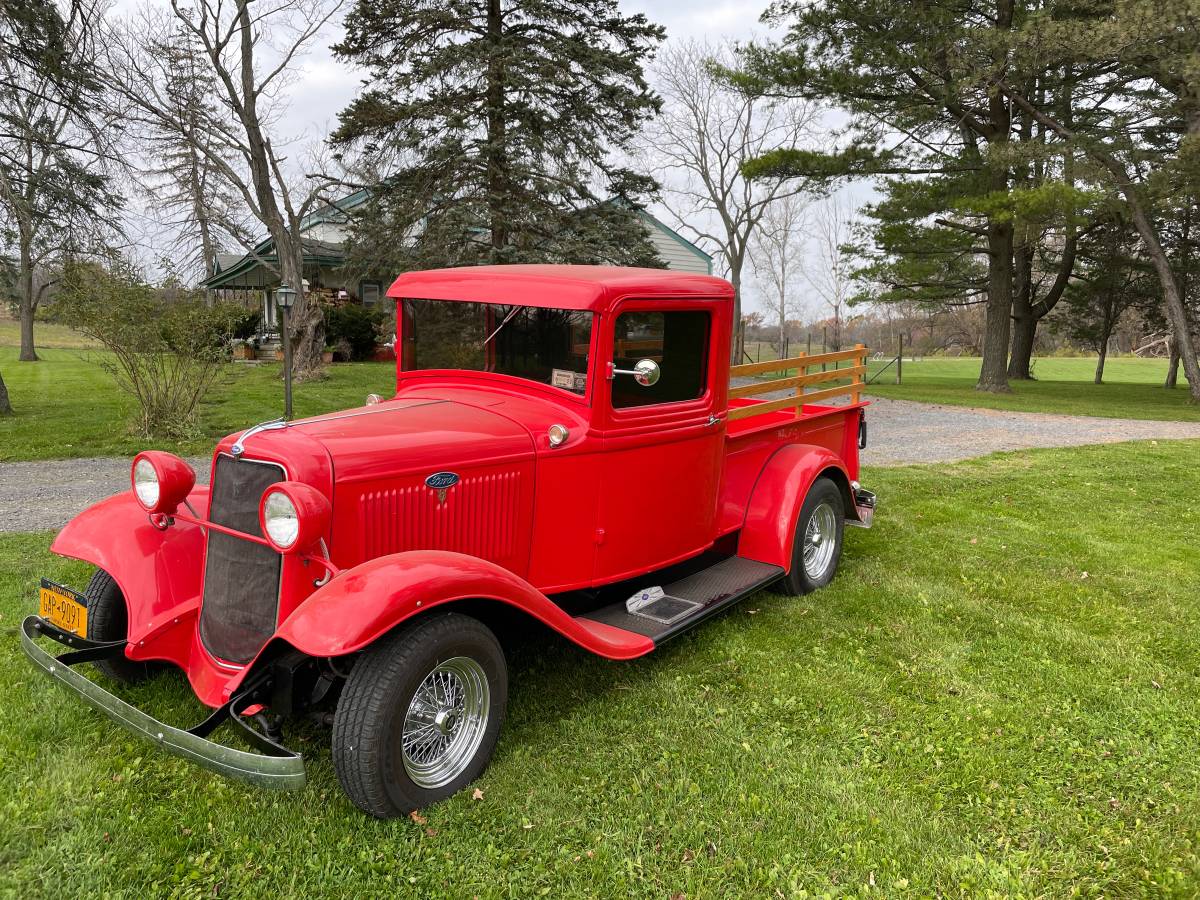 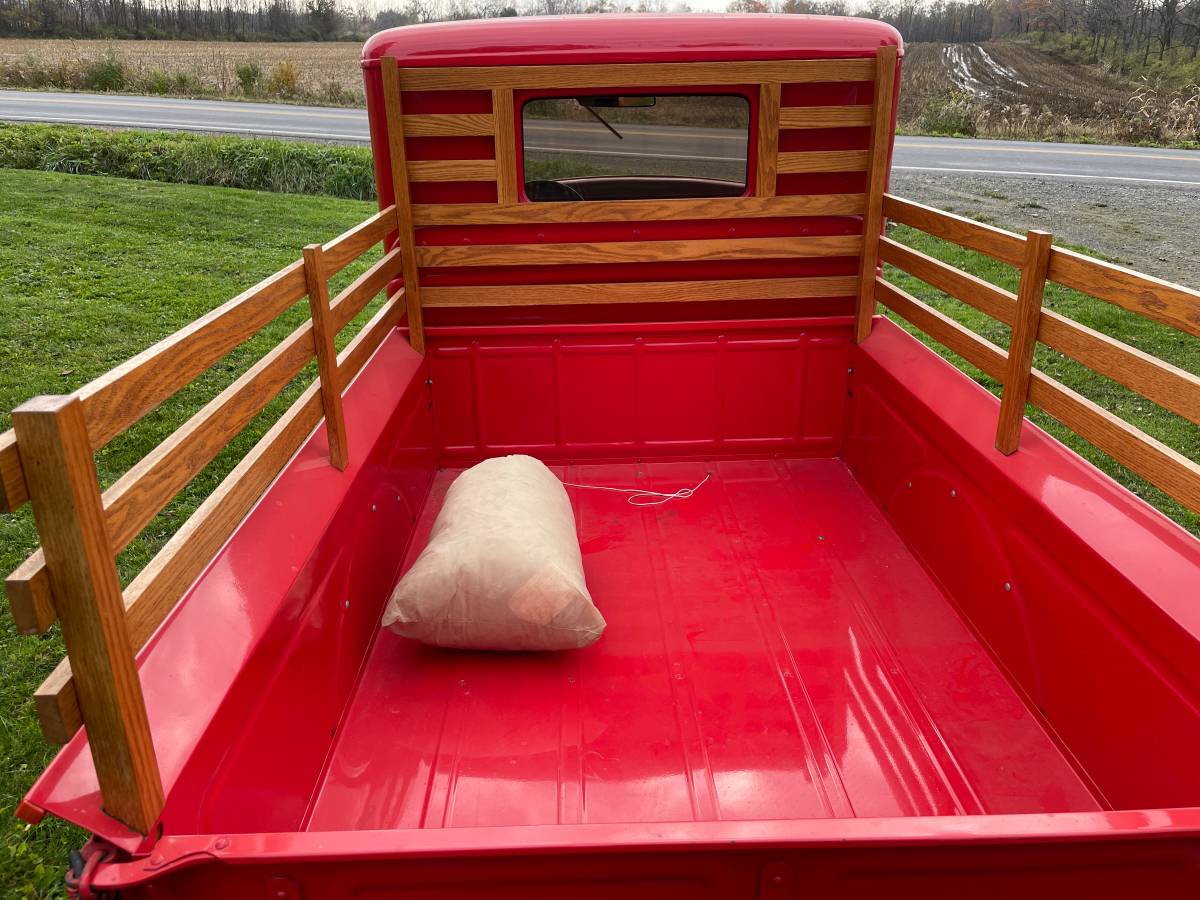 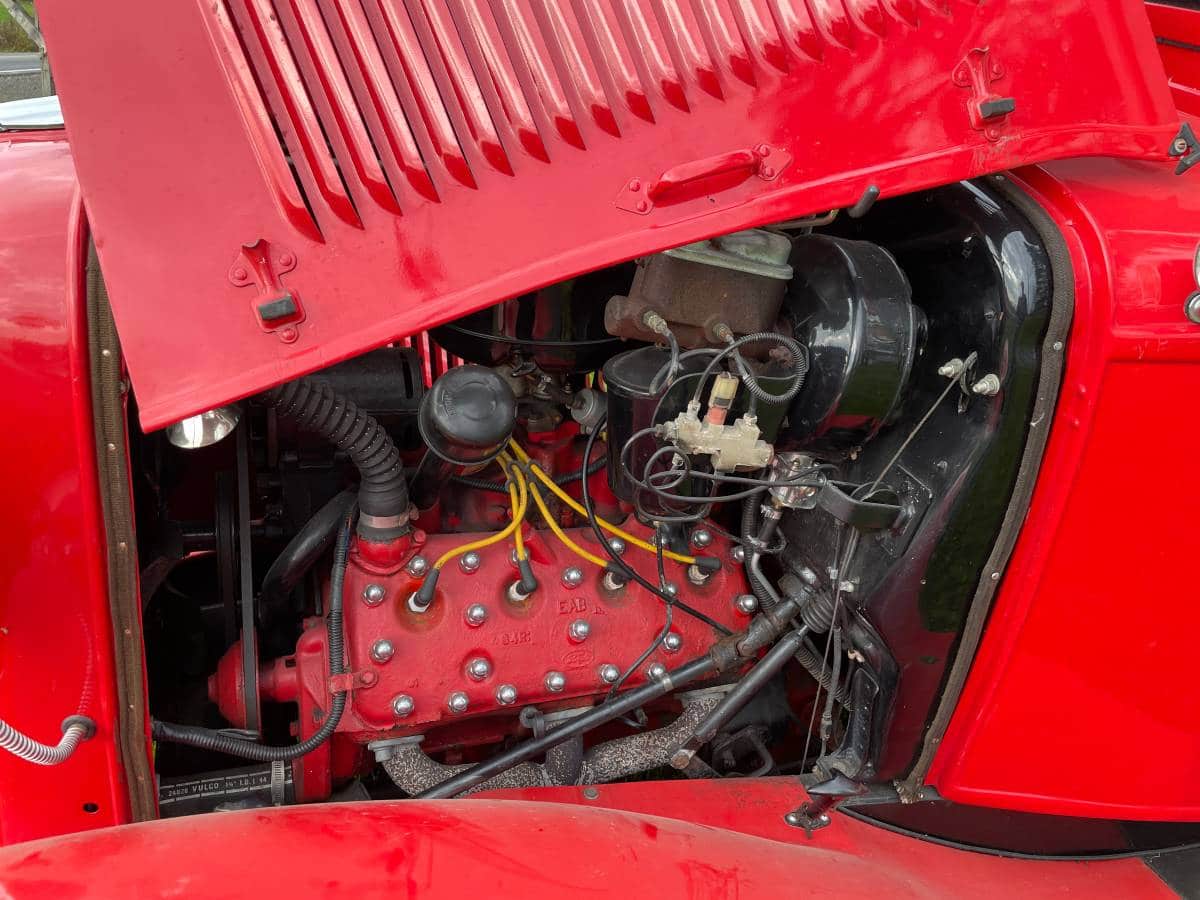 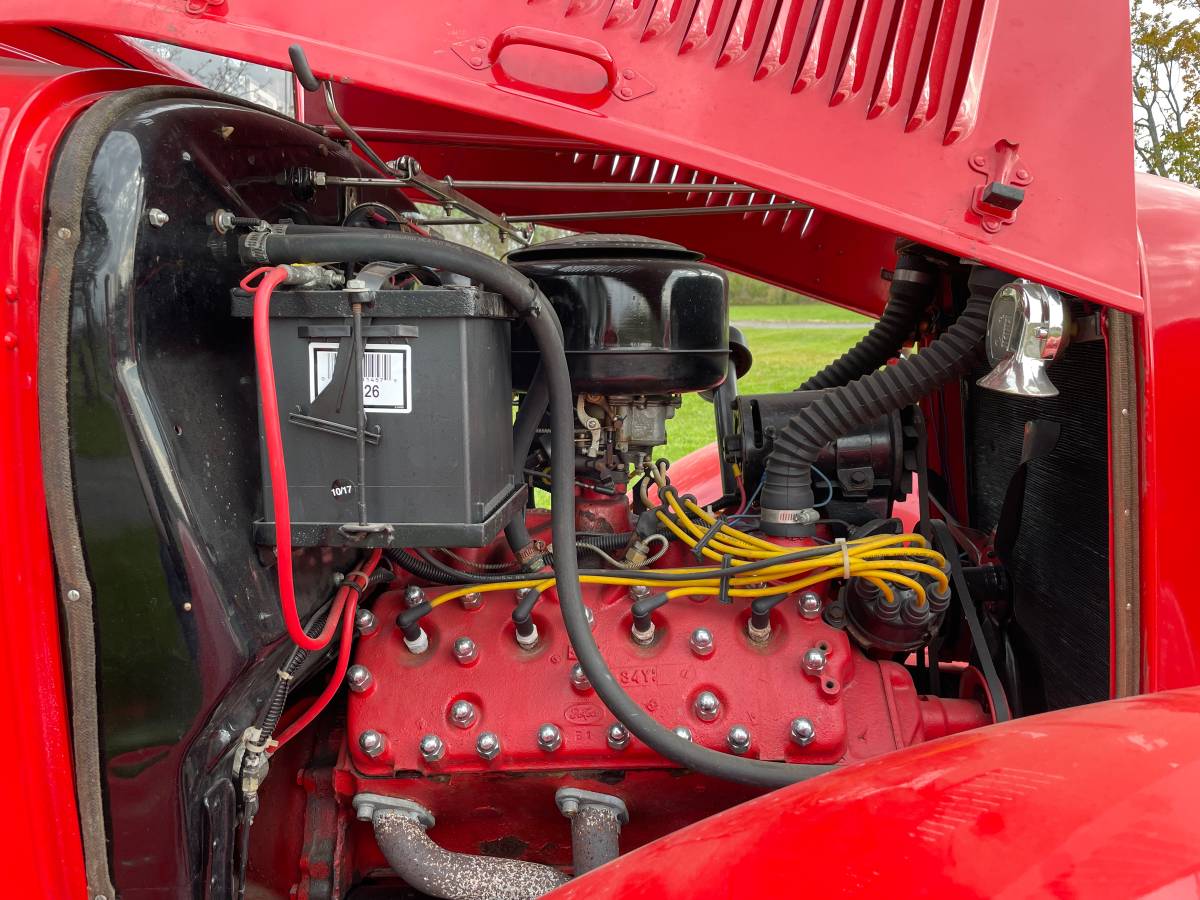 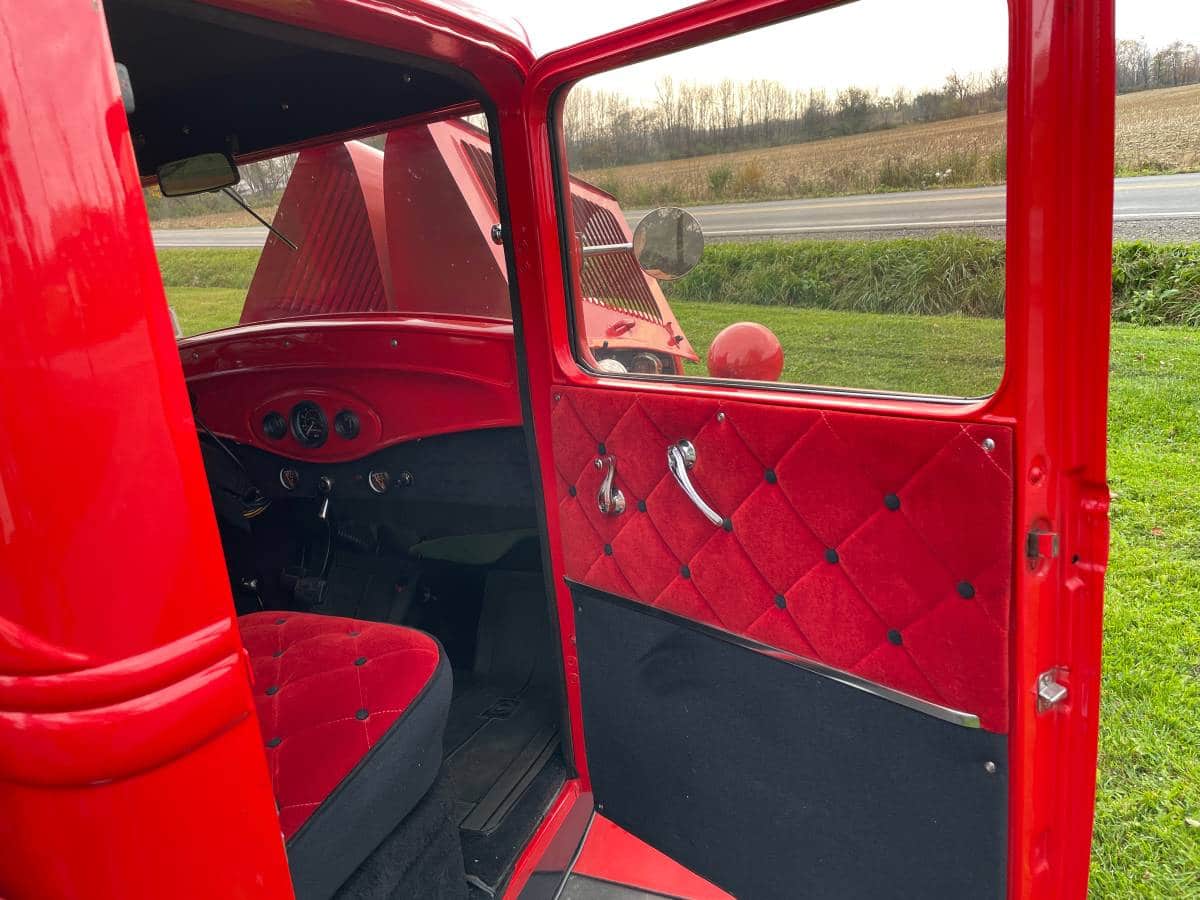 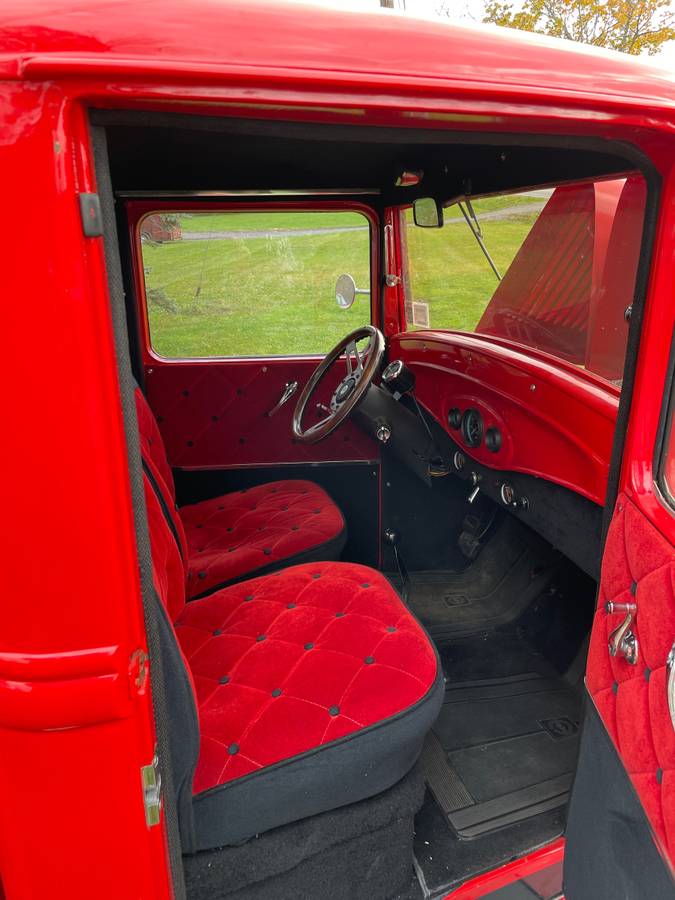 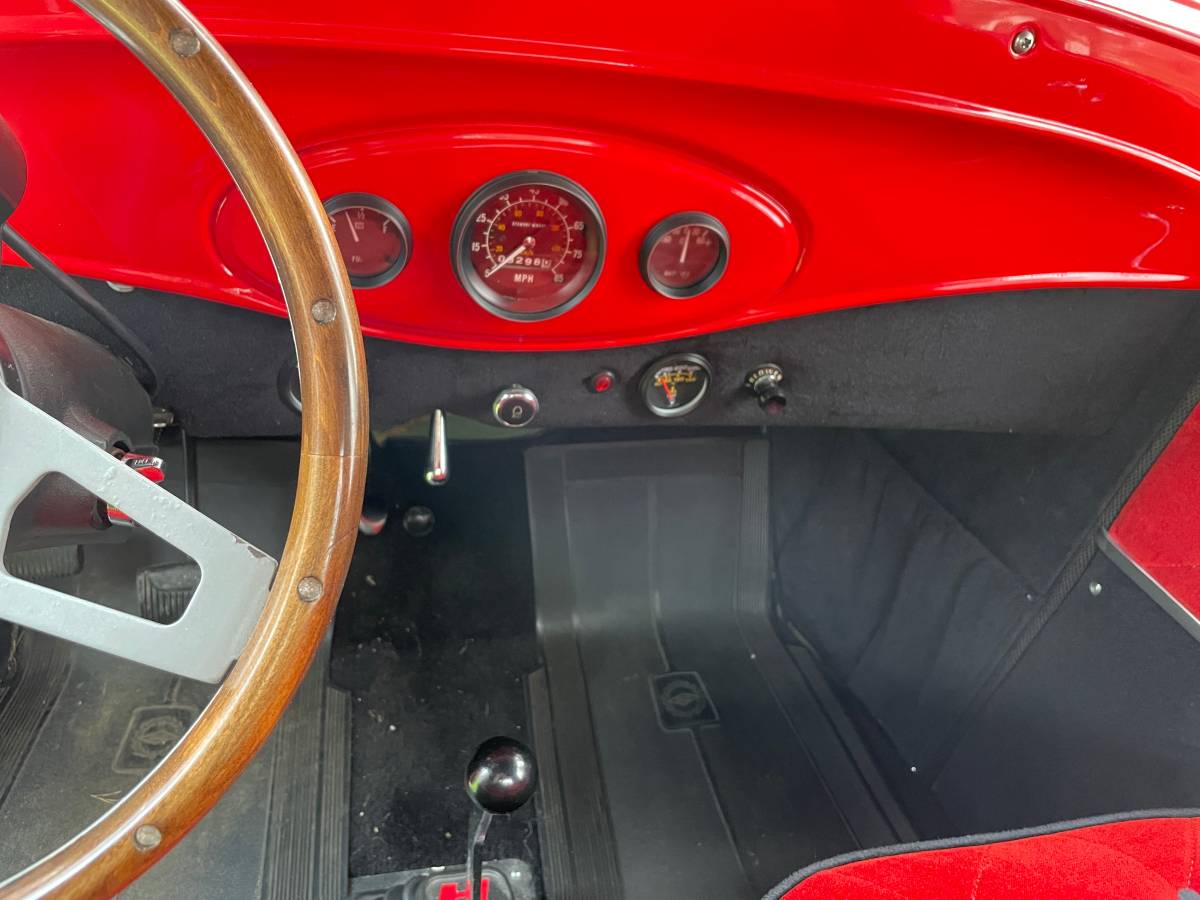 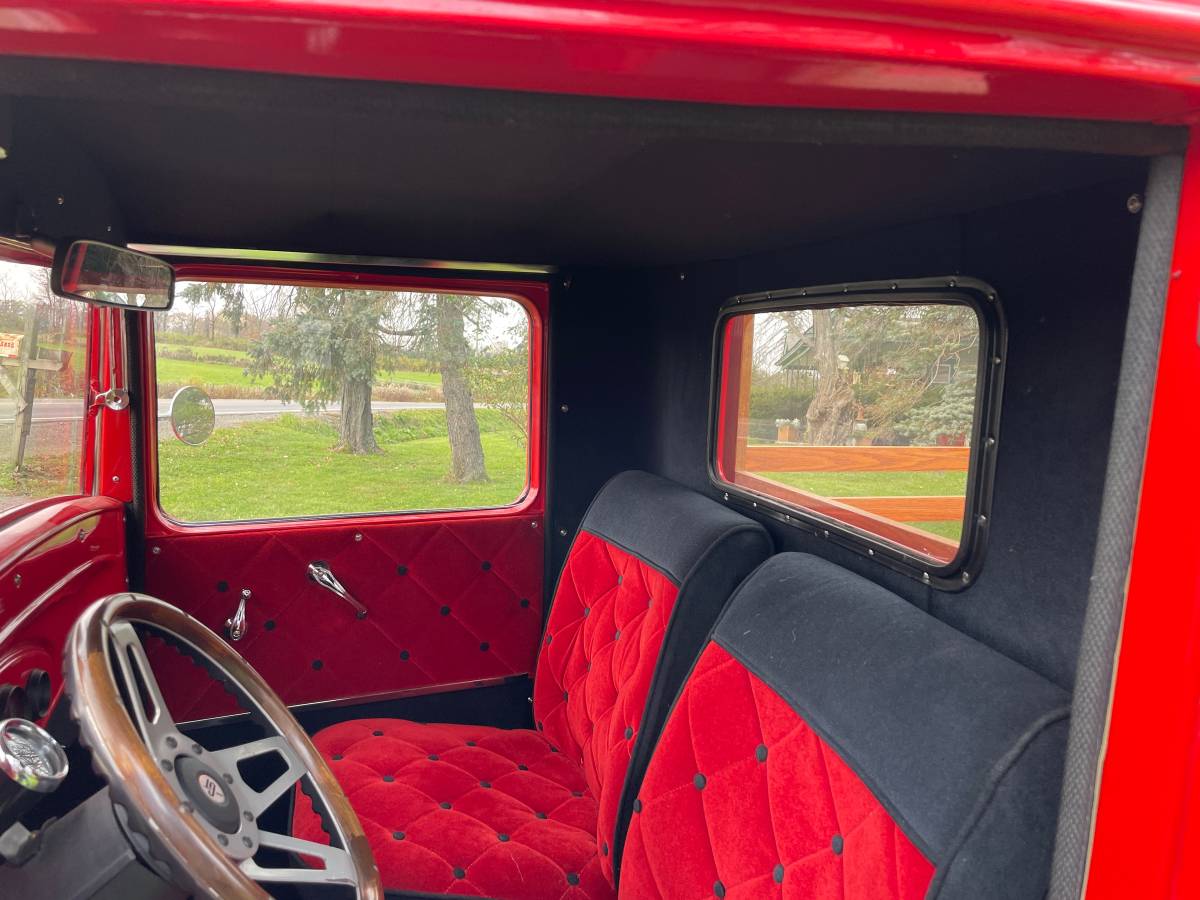 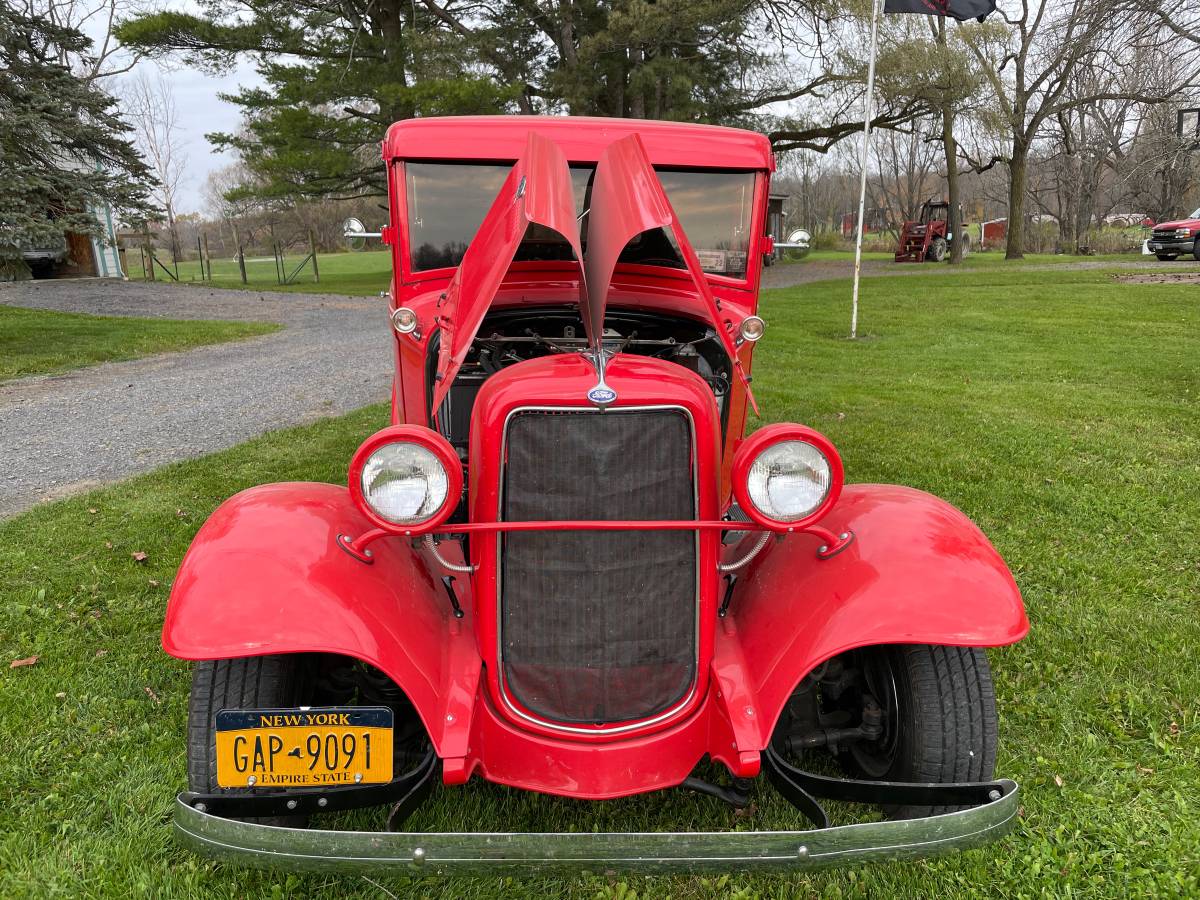 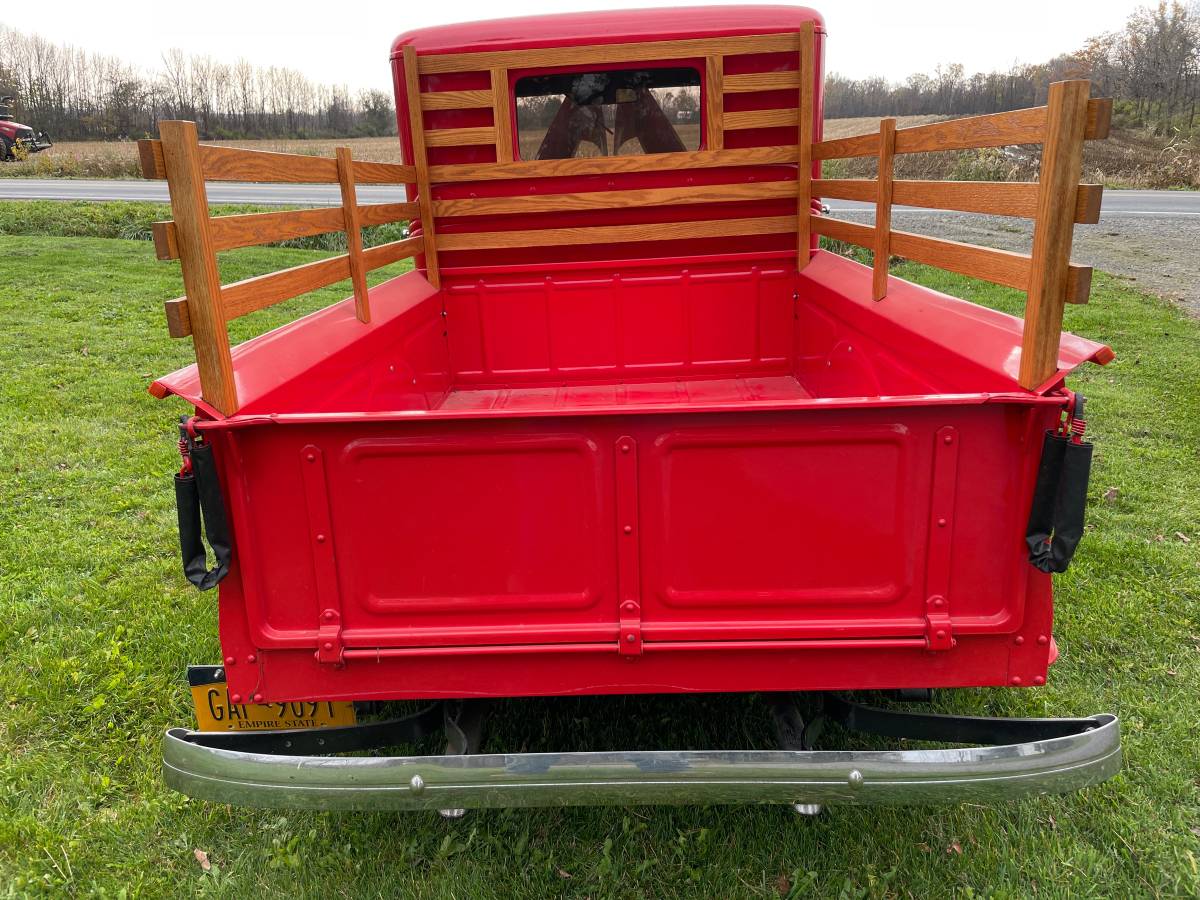 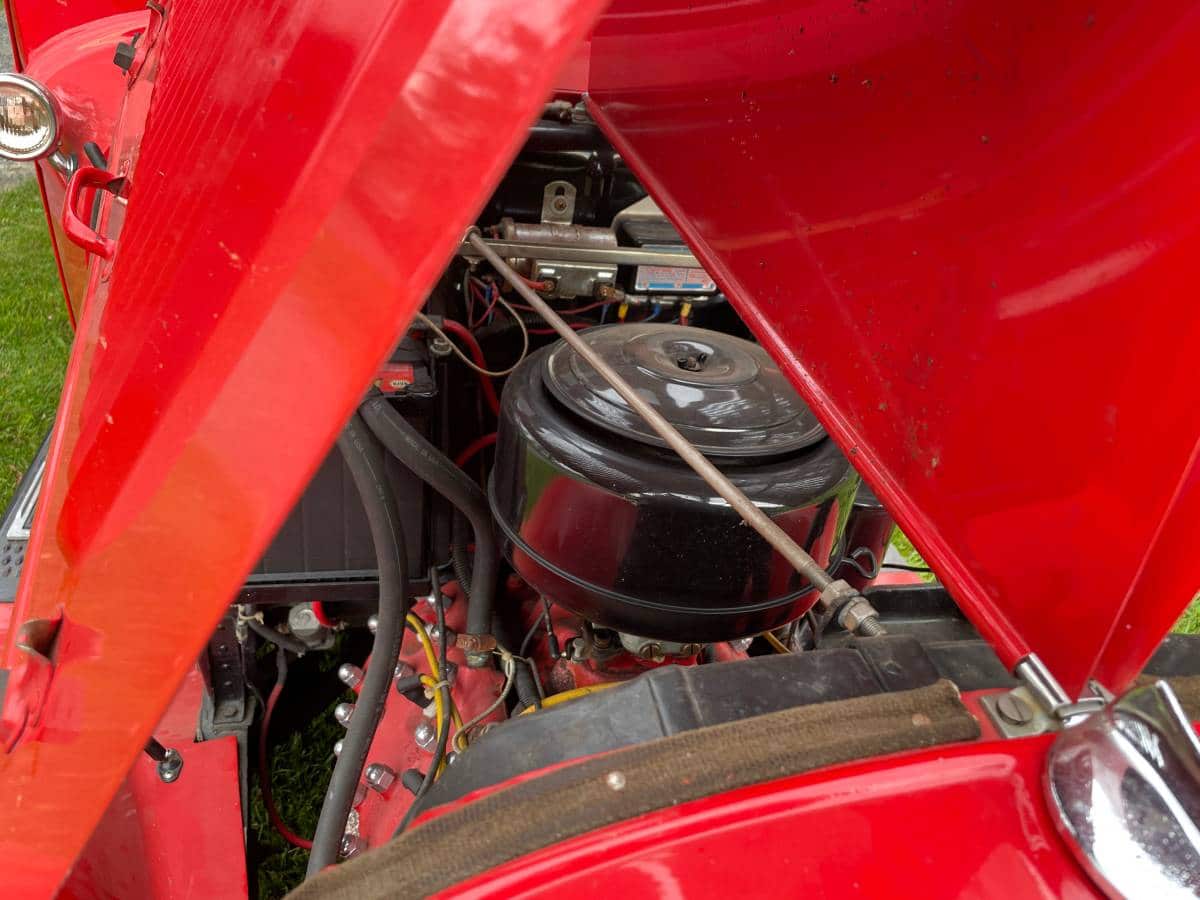 December 20, 2021 Update – We just confirmed the listing for this “Classifind” expired, so with no replacement found we’re assuming this ride “Sold?” While this one got away, please reach out either by email or call us directly if you’d like to be informed when we come across something similar.

We continue to have a growing appreciation for vintage Ford street Rods still featuring the brand’s classic Flathead V8. Our latest example is this very red 1934 Ford Pickup originally listed in November 2021 on Craigslist in Trumansburg, New York (Ithaca) featuring an 8BA version of the Flathead V8 and an all-steel body save for the front fenders. Owned since 2012, the current caretaker is now asking $19,500 (the original ask was $22,500) or the best in-person offer for their Ford Street Rod. Given the wild variety of prices based on the quality complexity of each street rod build, prices on these trucks can fluctuate wildly.

Often referred to a simply the “1932 Ford”, this generation of Ford cars and trucks were also produced for the 1933 and 1934 model years. For 1934 Ford (the Model 40B) was not as substantial a model year change as the previous two years had been. Noticeable changes included a flatter grille with a wider surround and fewer bars, straight hood louvers, two handles on each side of the hood, smaller headlights and cowl lamps, and a reworked logo. The bare metal dash insert was replaced by painted steel. Ford offered fourteen body options, with the Tudor being the top seller.  The standard three-window coupe was deleted.

Ford produced its famous Flat Head V8s from 1932 through 1953 in a variety of displacements. More importantly, over those years, Ford engineers made a number of improvements designed to improve the longevity, reliability, and power output.  After returning to civilian car production following the end of World War II, in 1948, Ford engineers improved on the design.  The heads were now held down with bolts rather than studs and nuts. The water outlet fittings were moved from the middle to the front corner of the head. A major change was a new distributor, still driven from the cam but now through a shaft mounted at right angles to the engine’s axis. Also, the bell housing was no longer an integral casting with the block. Instead, it was a bolt-on piece. Mercury V8-powered cars featured a four-inch-stroke crank providing 255 cubic inches of displacement while Ford engines retained the 3.75-inch stroke for only 239 cubic inches.  Internal changes included straight-stem valves with one-piece guides. In general, these later Ford engines were commonly referred to as 8 BAs and their Mercury counterparts as 8CMs.

The Wired Customs YouTube Channel provides an overview of the various Ford Flathead V8s from a street rod builder’s perspective:

While the builder of this street rod went old school with the 8BA Flathead V8, we love that they took the time to retrofit a more modern dual-circuit braking system.

“1934 Ford truck runs great. Three-speed stick on the floor, 8ba flathead, power brakes, 8” ranger rear end, sixty’s appliance wire wheels, velour interior, etc. Just passed inspection. Steel body and bed, fenders are glass. I have owned this since 2012 and really need the space it is occupying. Look at the pictures and see what these are selling for. If you would like to see it send me your number and I will call you back ASAP. Trying to avoid all the BS calls from scammers! I live in Trumansburg NY. $22500 or offers in person. Thanks for looking Garry.“

Show or go: what would you do with this 1934 Ford Pickup Street Rod?  Comment below and let us know!