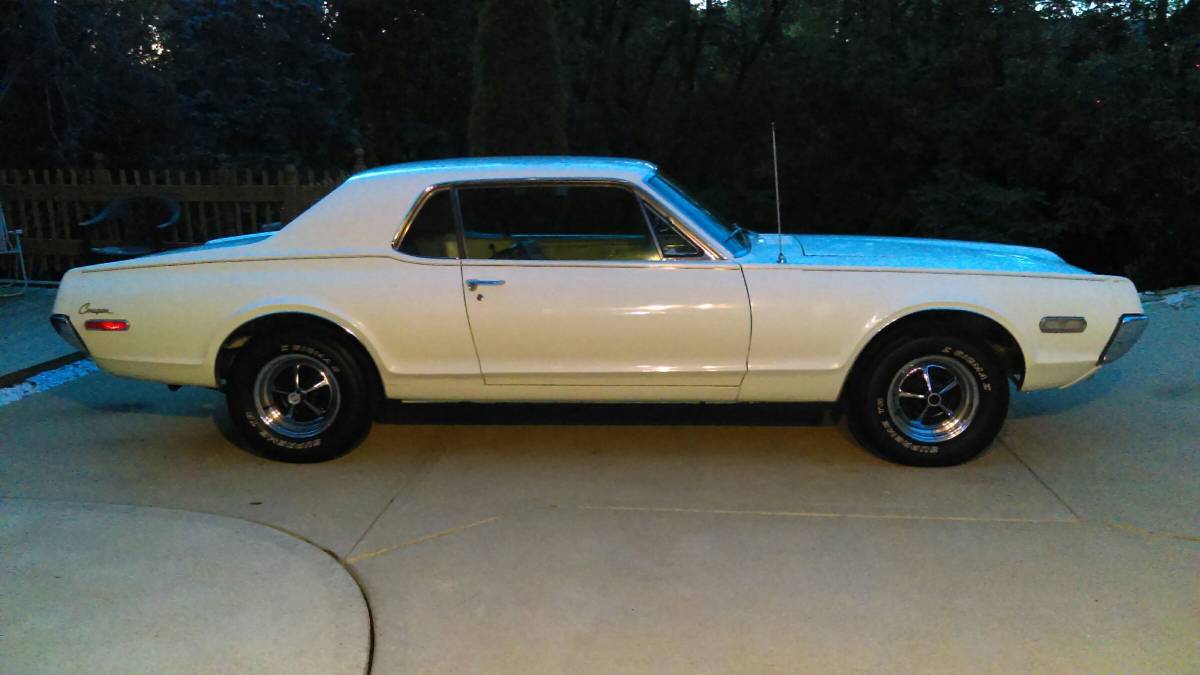 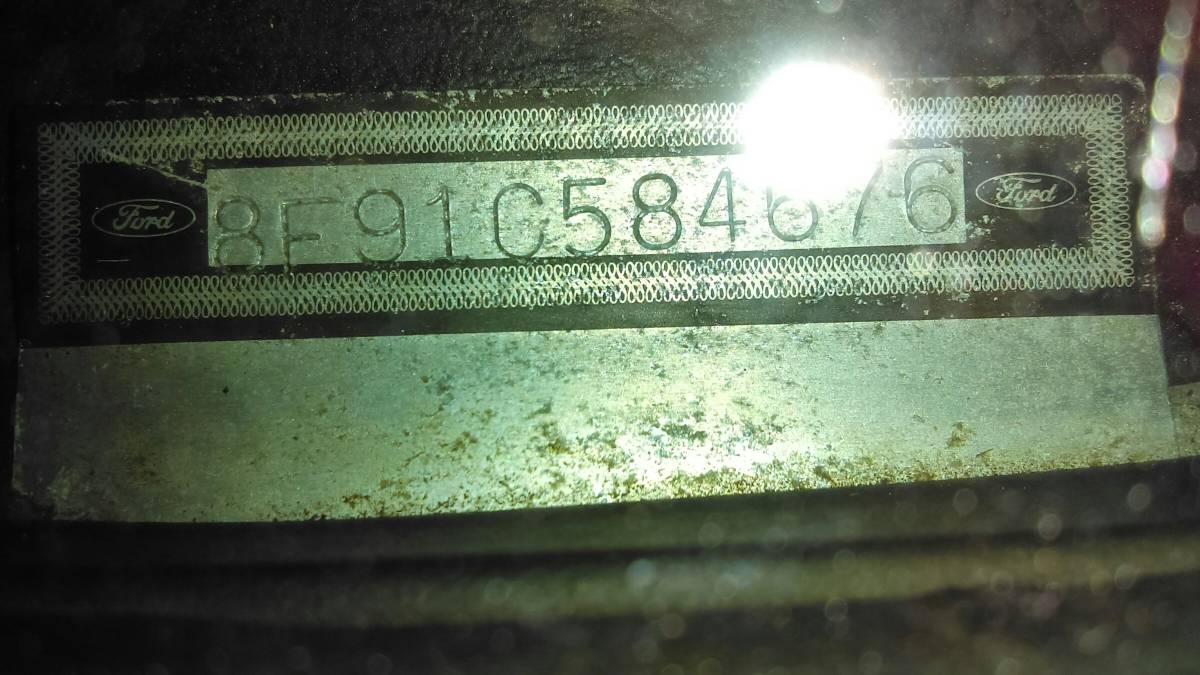 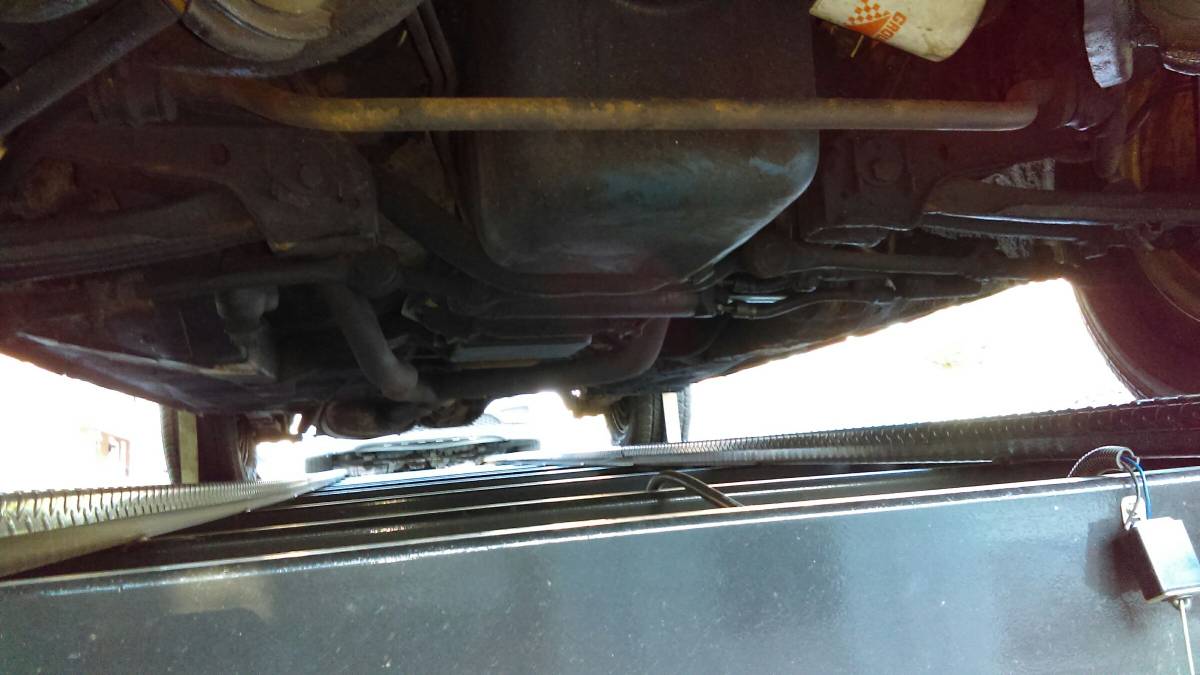 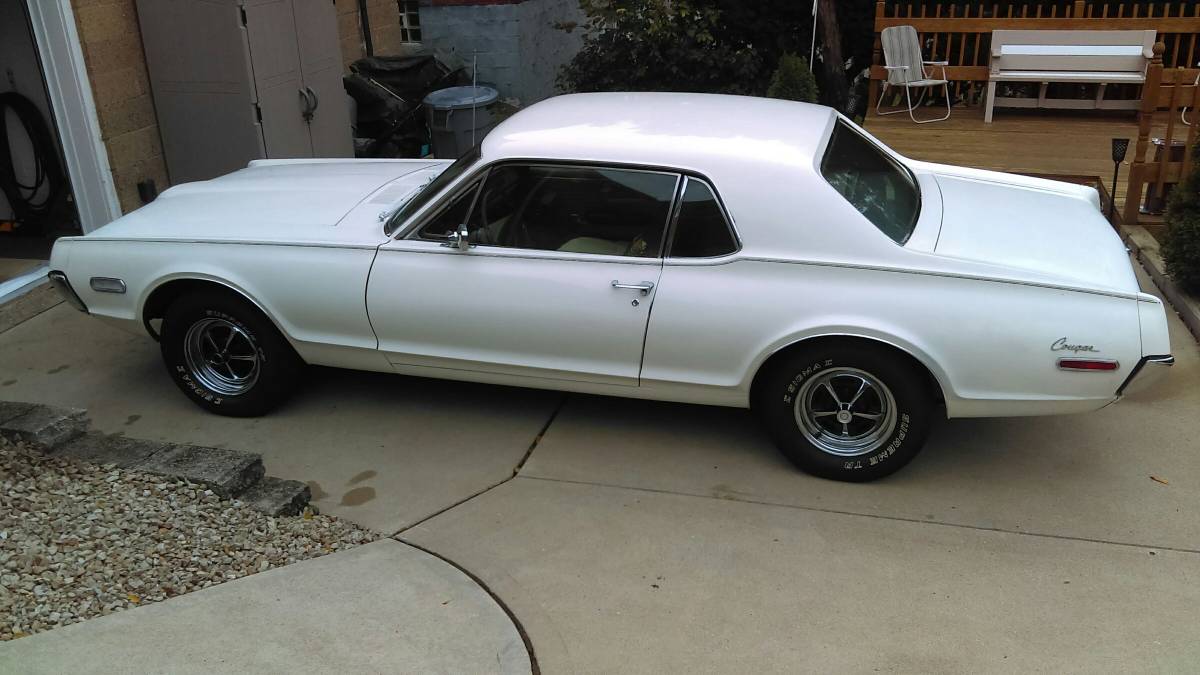 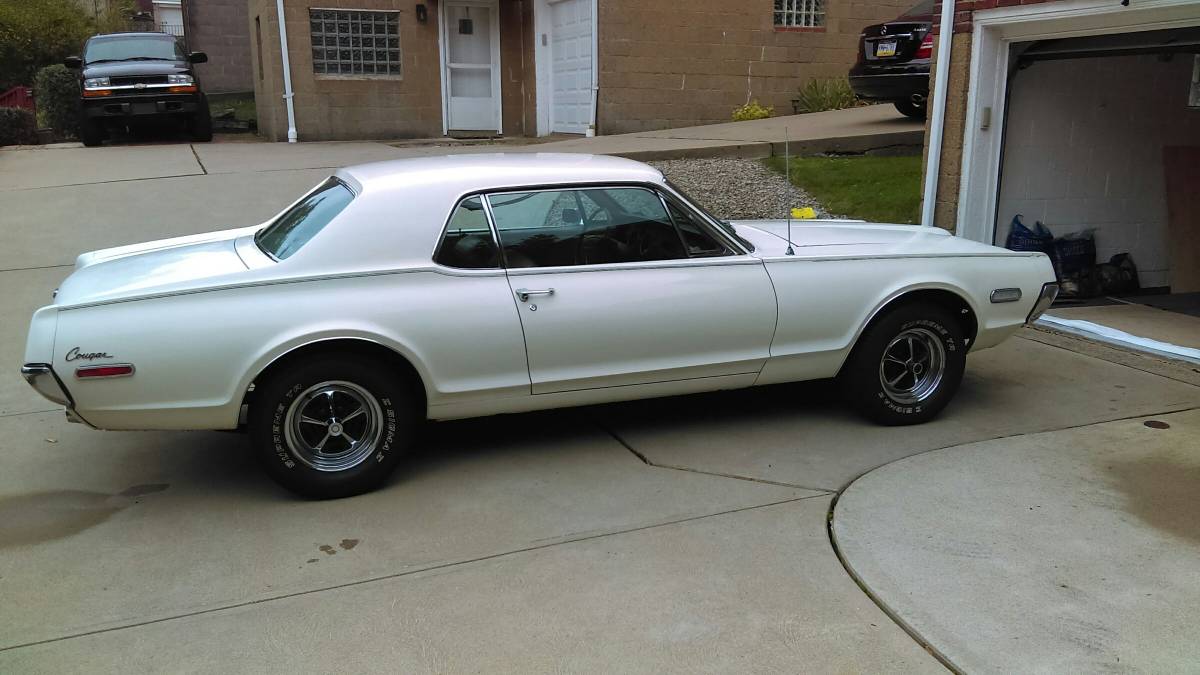 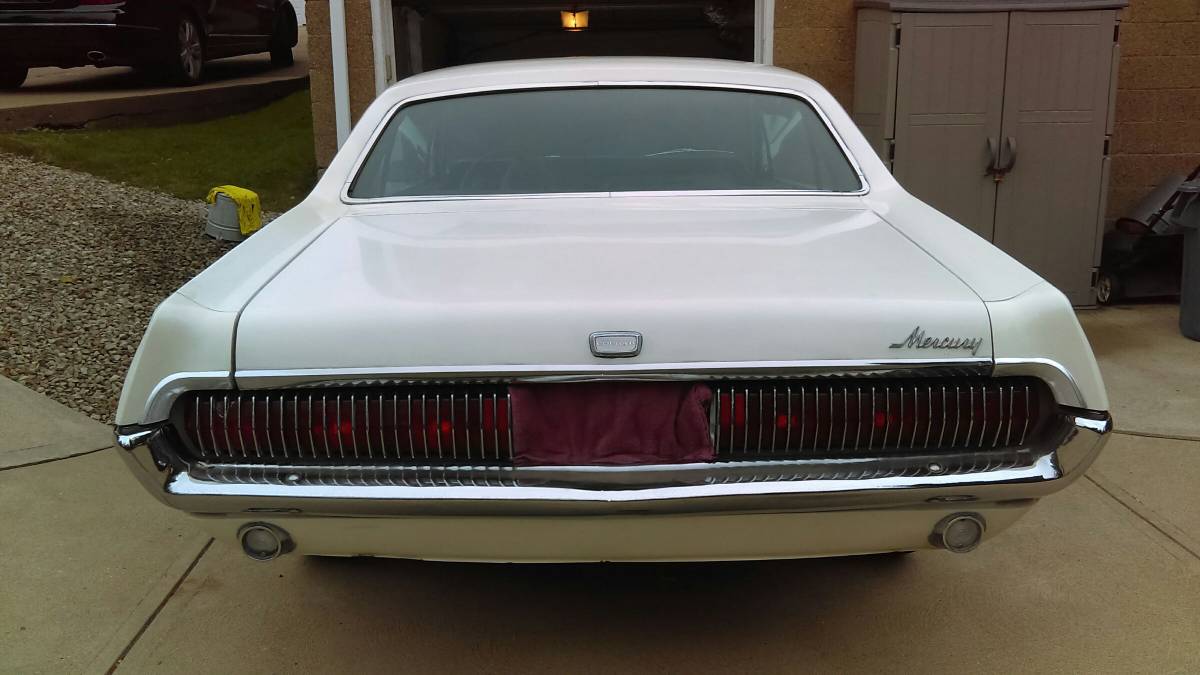 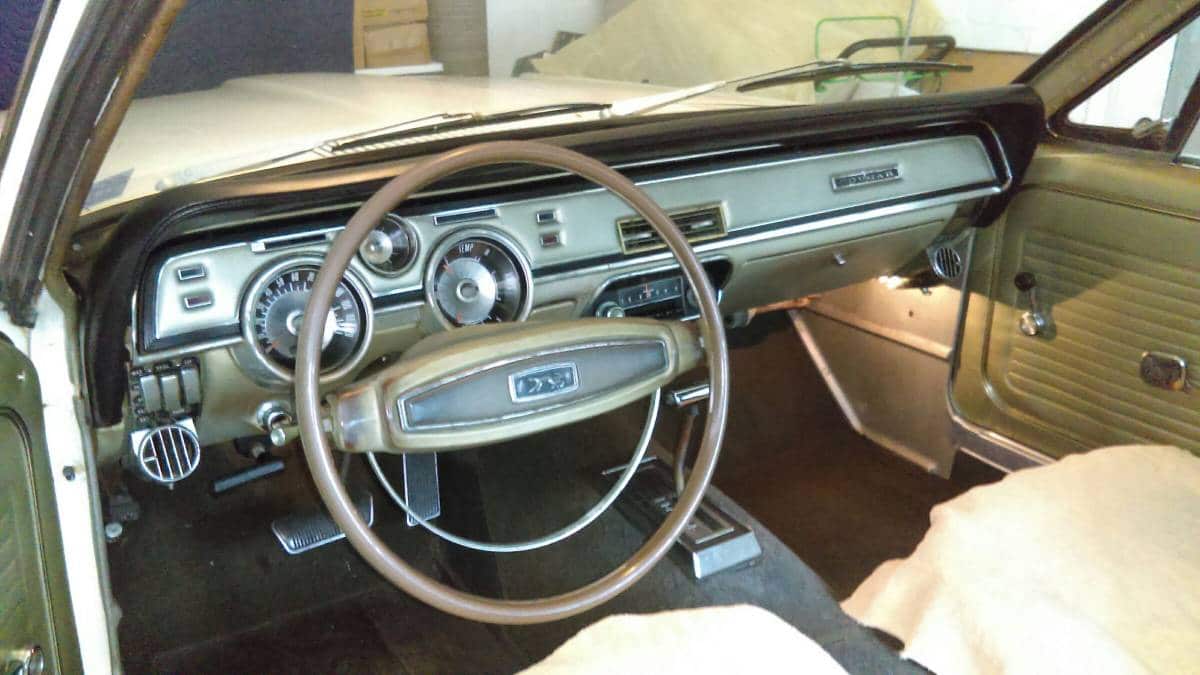 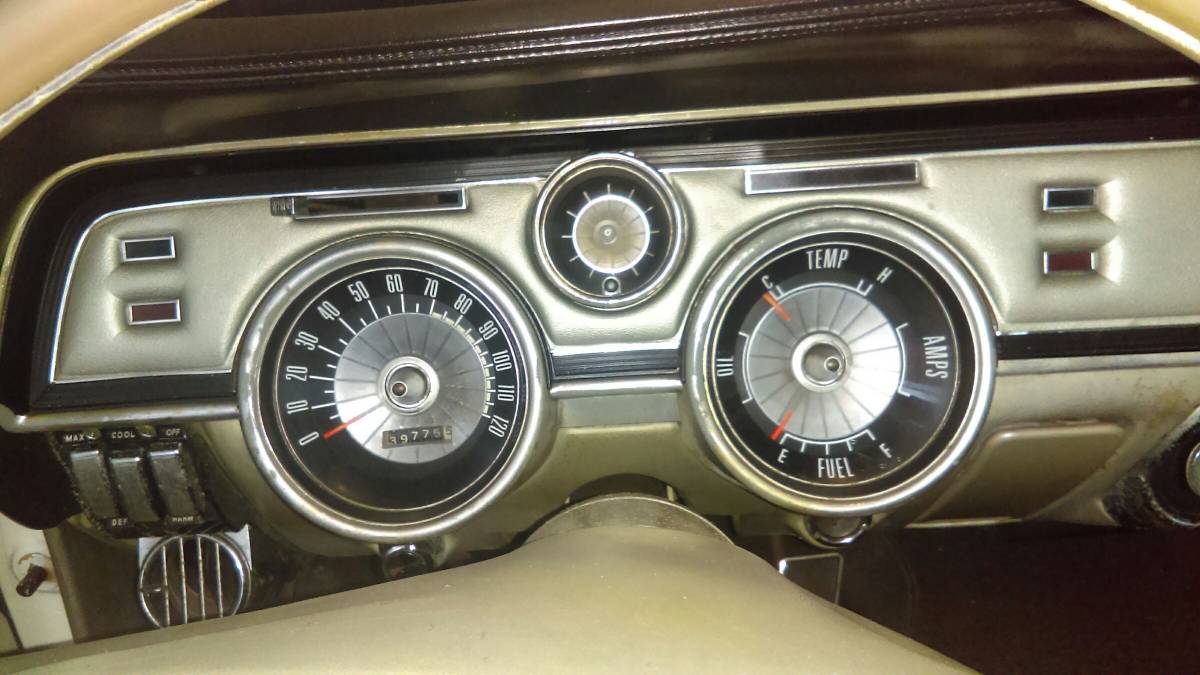 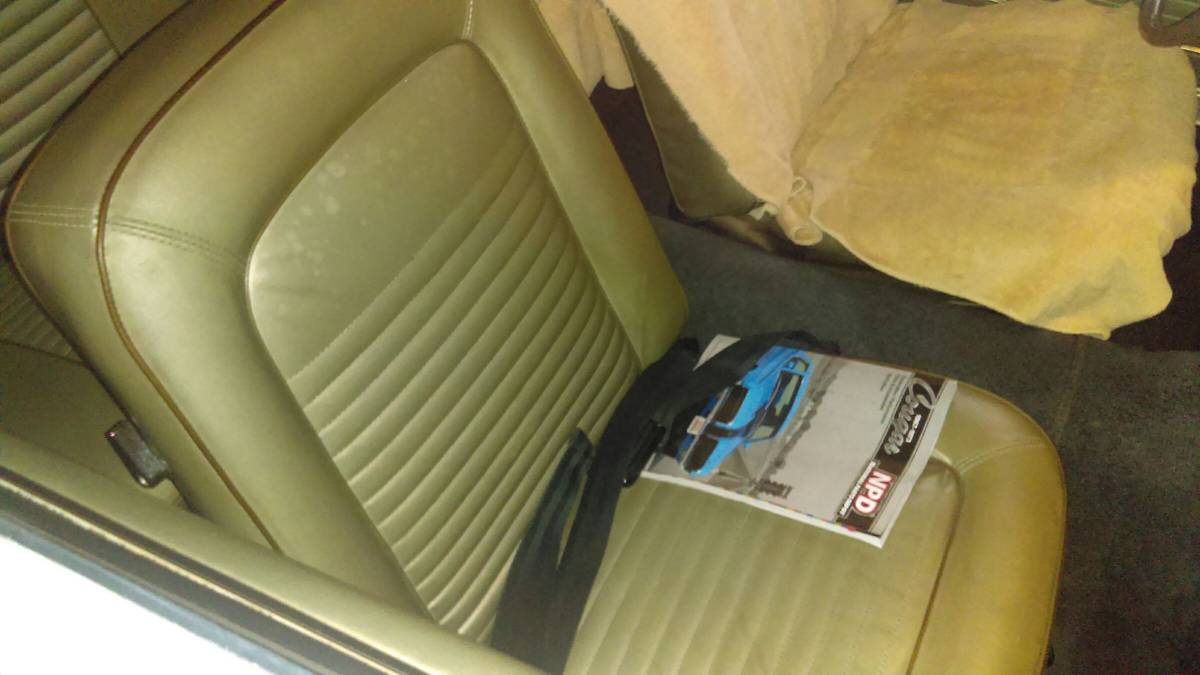 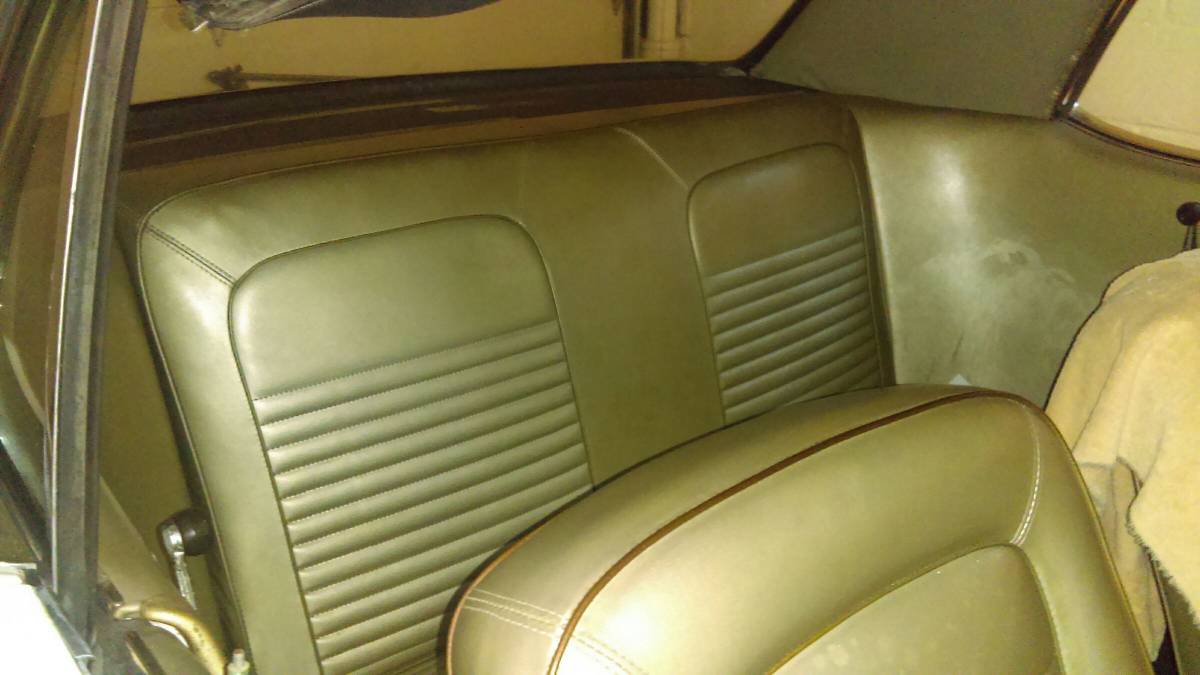 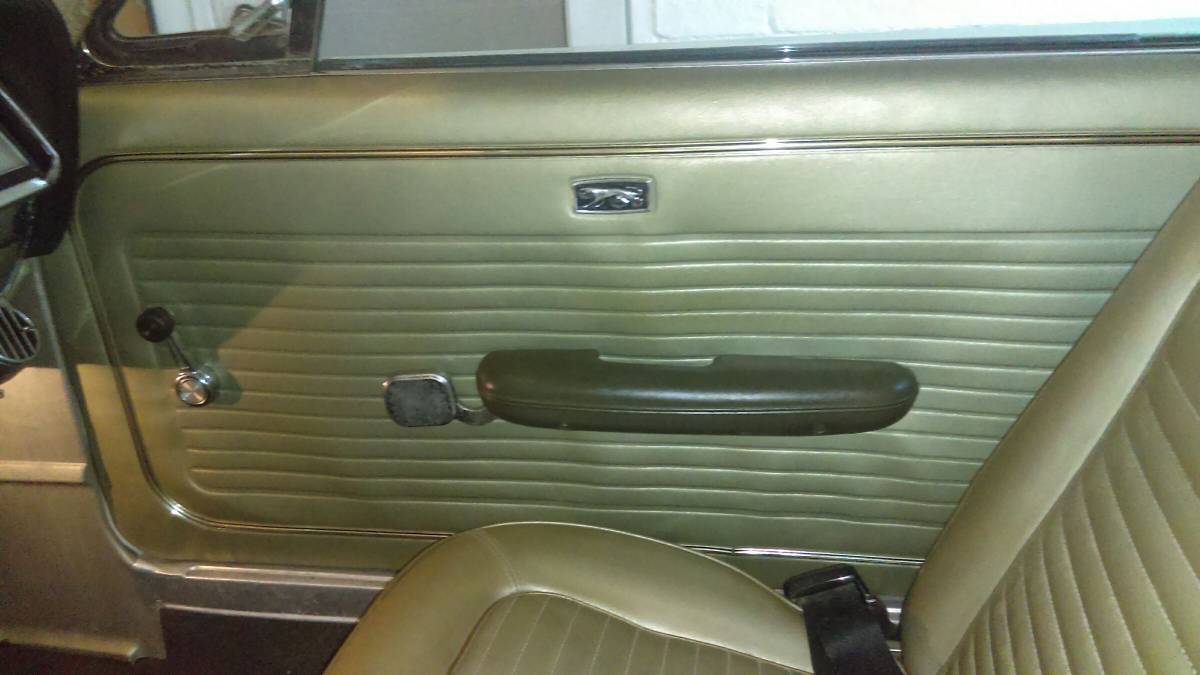 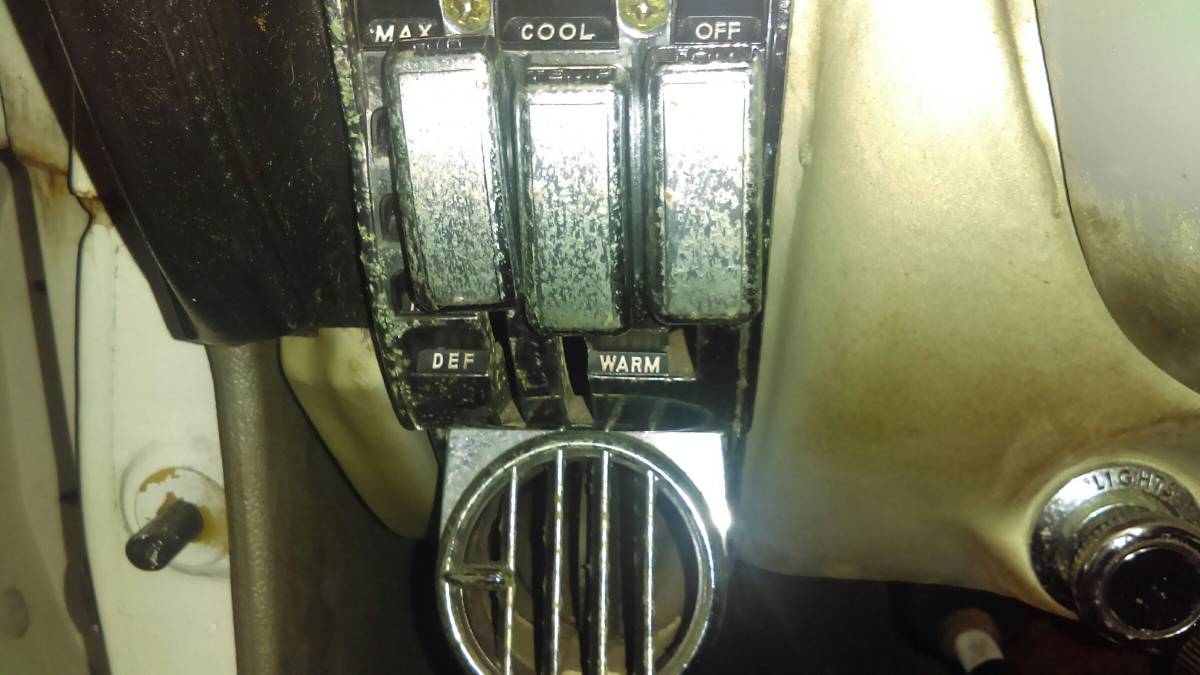 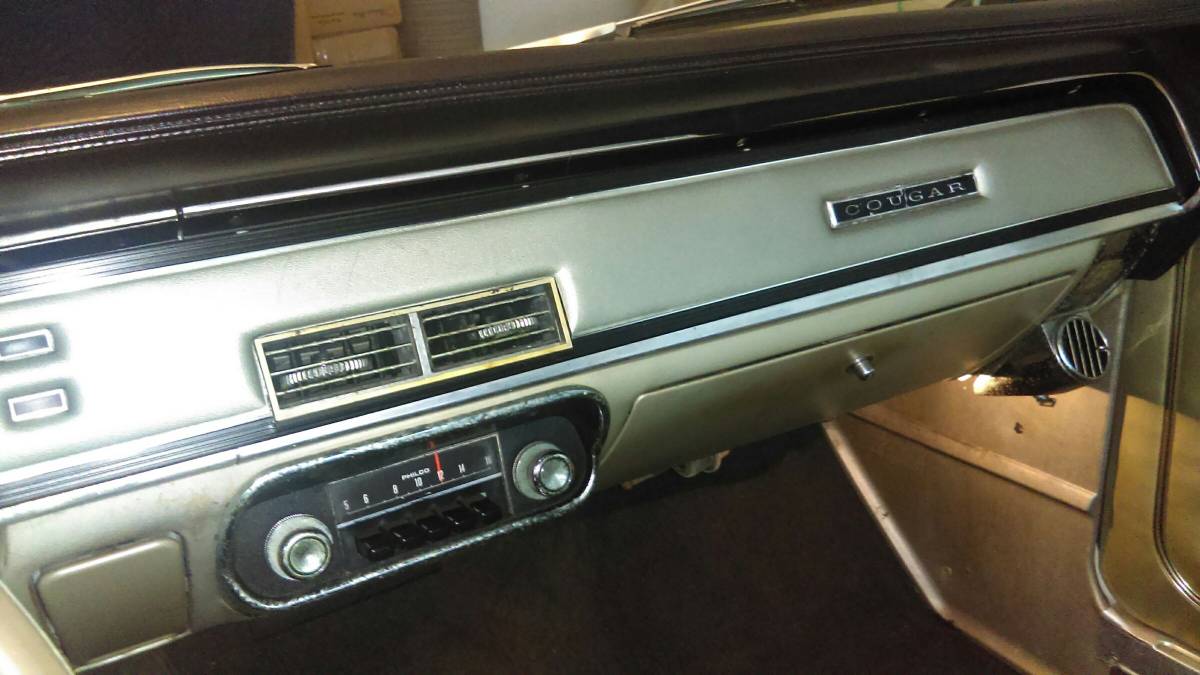 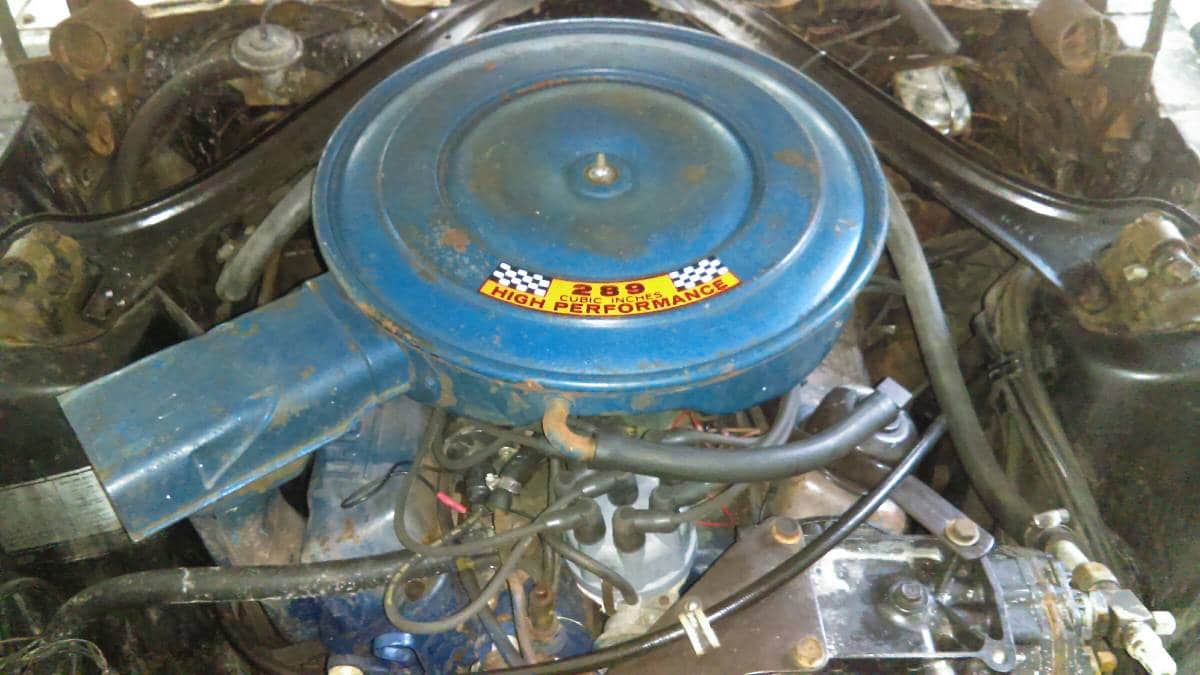 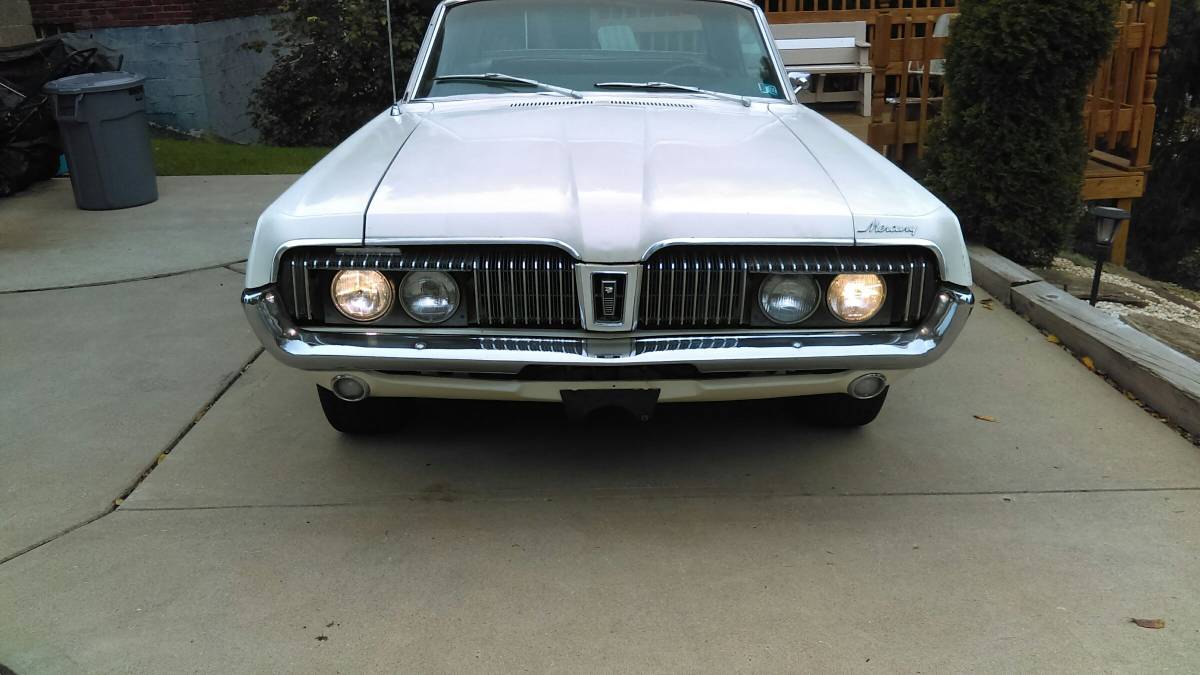 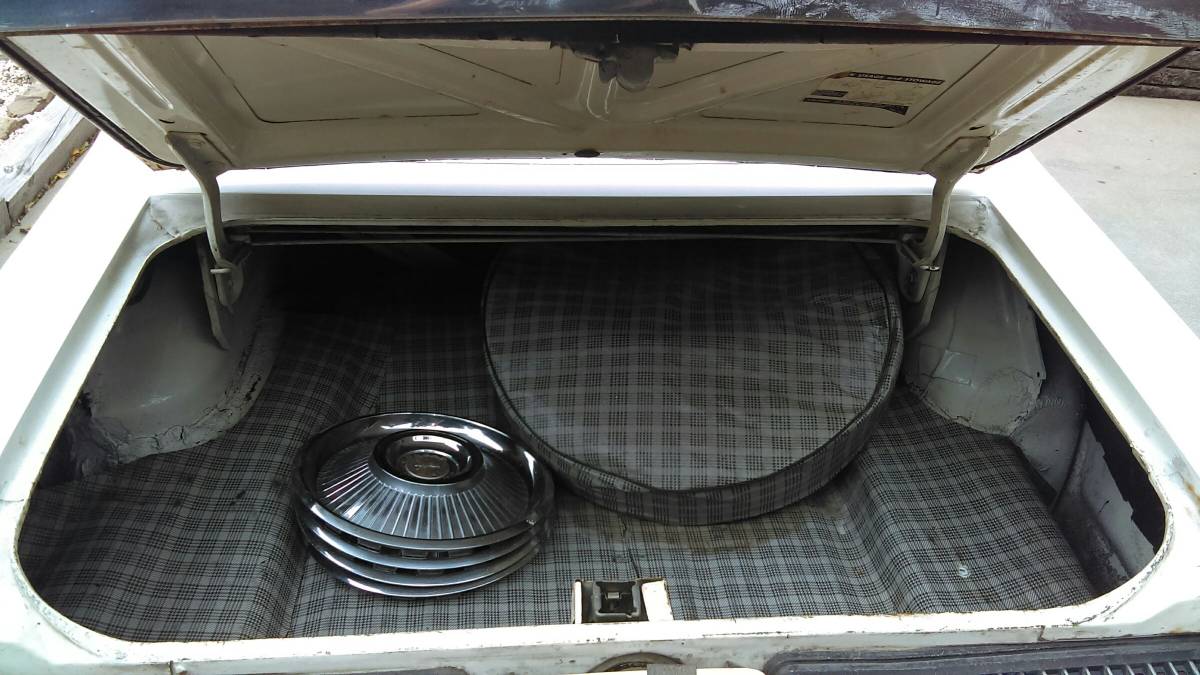 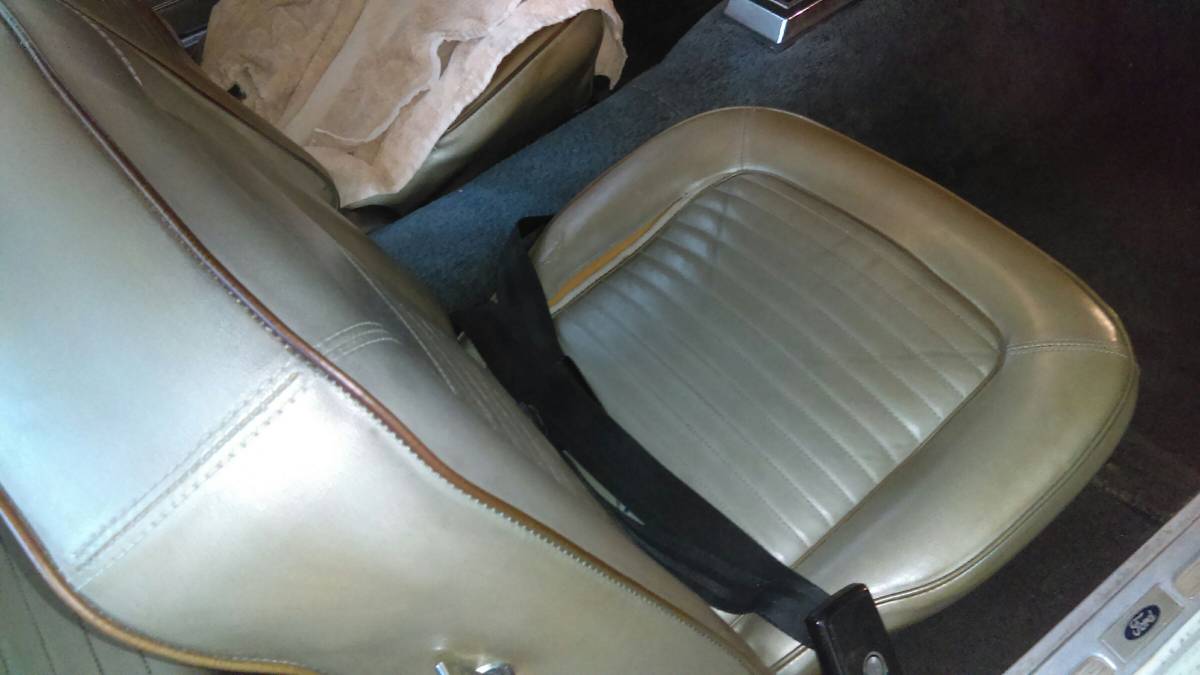 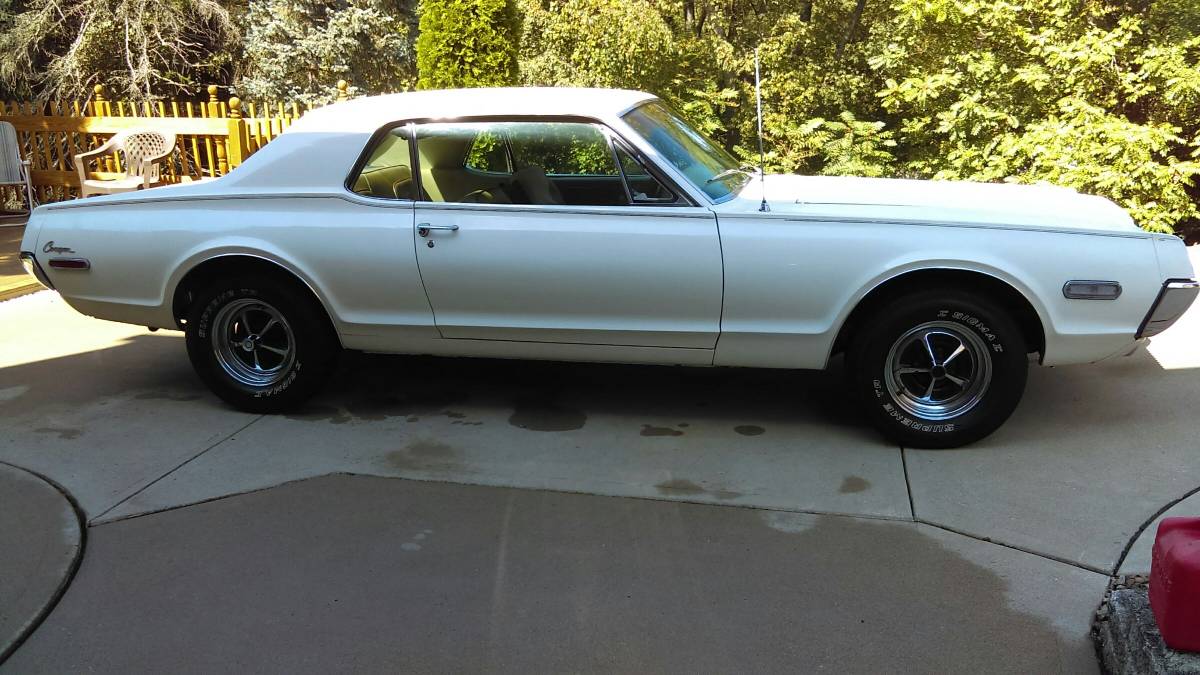 December 2, 2021 Update – We confirmed the seller of this “Classifind” deleted their listing, so we’re now able to call this one “SOLD!” While this one got away, please reach out either by email or call us directly if you’d like to be informed when we come across something similar.

The original Mercury Cougar first launched in 1967 has several fun facts not many enthusiasts know about.  First, after having it named MotorTrend Magazine’s Car of the Year for 1967, sales of the electric-razor grille-styled Cougar accounted for nearly forty percent of Lincoln-Mercury’s sales that first year. Second, despite sharing the basic unibody with the Mustang, first-generation Cougars ride on a nearly seven-inch longer chassis.  Third, Jaguar sued Ford and won when it felt the Cougar’s badges looked eerily similar to Jaguar’s emblem, forcing Mercury to add the “Cougar” lettering below the animal.

Currently listed for sale at $19,995, comparing that price against the Hagerty Insurance Online Valuation Tool confirms the seller’s ask is two hundred dollars higher than guide’s #2 “Excellent” appraisal of $19,800.  Similarly, the  Collector Car Market Review Online Tool reveals the seller’s ask is about one thousand less  #1 “Excellent” appraisal of $20,900 before factoring in adjustments for the factory A/C and other options.

The Mercury Cougar was released by Lincoln-Mercury on September 30, 1966. Far exceeding initial sales projections, the Cougar would account for nearly 40% of the 1967 sales of the entire Lincoln-Mercury division.  In contrast to the Mustang, the Cougar was initially released solely as a two-door hardtop. Priced $284 more than the equivalent Ford Mustang, the base price of the Cougar was $2,854 while a fully-optioned Cougar XR-7 was $4,500, essentially matching the base price of the Ford Thunderbird.

Initially developed as a rebadged version of the Mustang, the 1967 Cougar received its own body design from the ground up, though the popular “long-hood, short-deck” proportions of the Mustang remained.  Mercury marketed the car as having “European” style and features.  The first Lincoln-Mercury vehicle with hidden headlamps, the front fascia was distinguished by a split “electric shaver” grille, featuring vertically slatted chrome trim. The rear fascia was styled similar, concealing dark-lens taillamps behind vertically-slatted trim; sequential turn signals were standard (adopting the mechanism from the Thunderbird).

The Cougar was offered with nearly every Mercury option with the sole exception of automatic climate control and power windows; a “Tilt-Away” steering wheel was offered, a power-operated steering column that swung up and out of the way when the driver’s door was opened, the transmission in “park”, and the ignition turned off.

For 1968, the Cougar saw revisions related to compliance with federal safety mandates, adding side marker lights and front outboard shoulder belts. In a first for Ford Motor Company, the 1968 Cougar offered an electrically-operated sunroof as a factory-installed option. While available on any Cougar, the sunroof was a rare option.

Show or go: what would you do with this preserved Mercury Cougar?  Comment below and let us know!