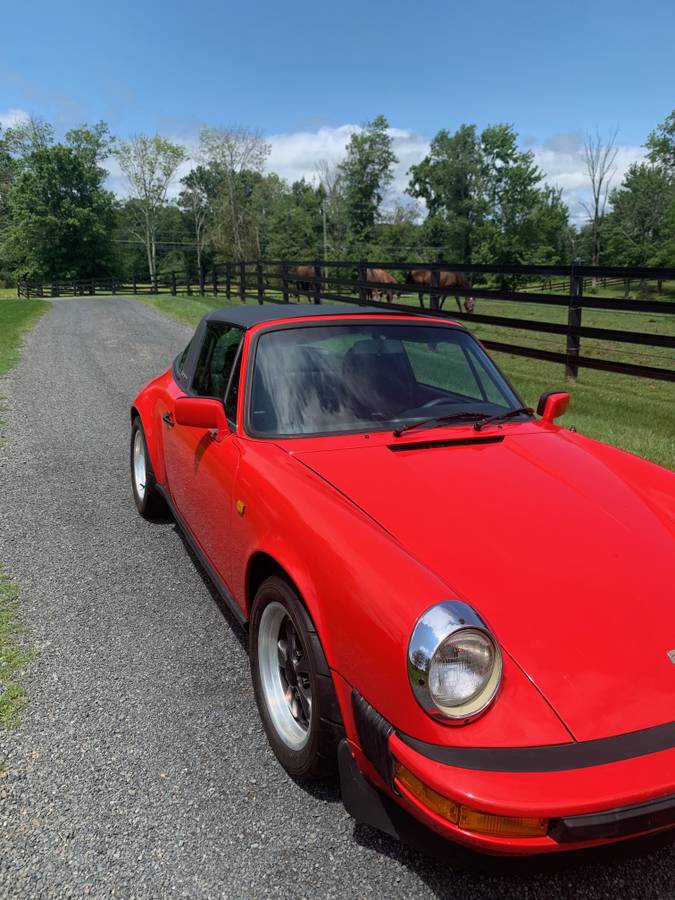 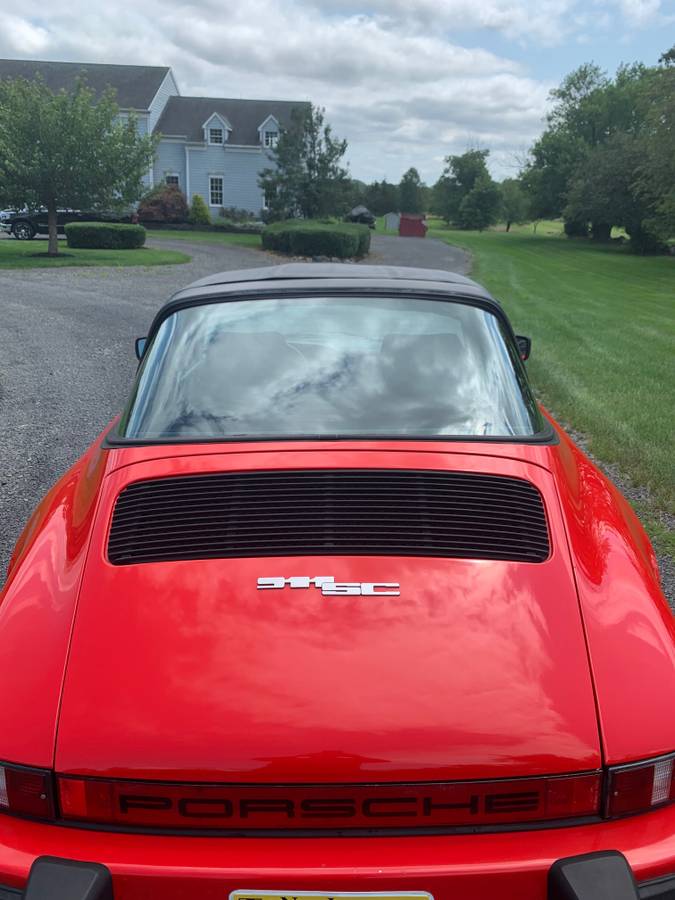 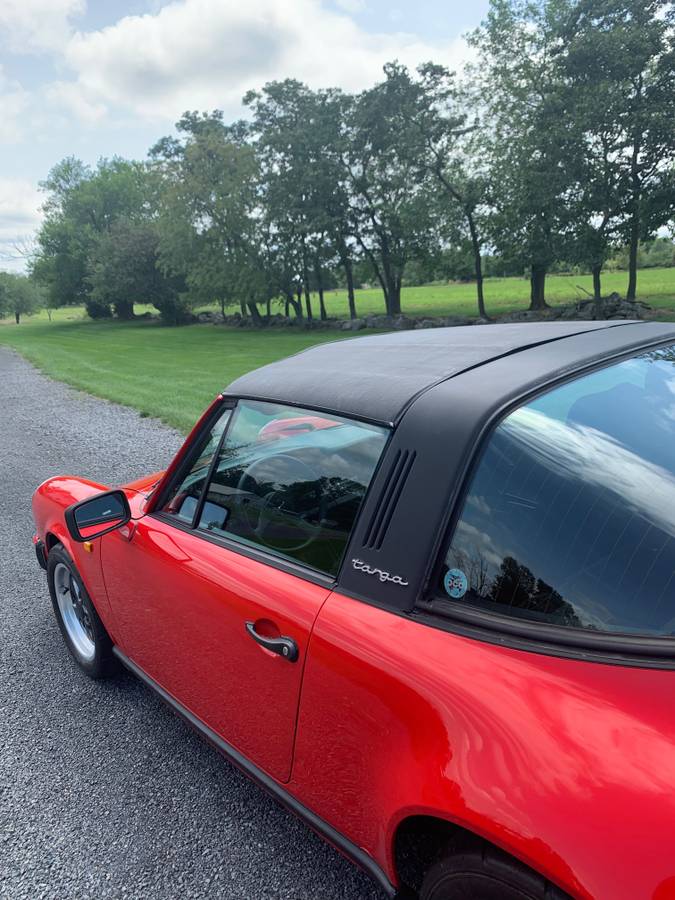 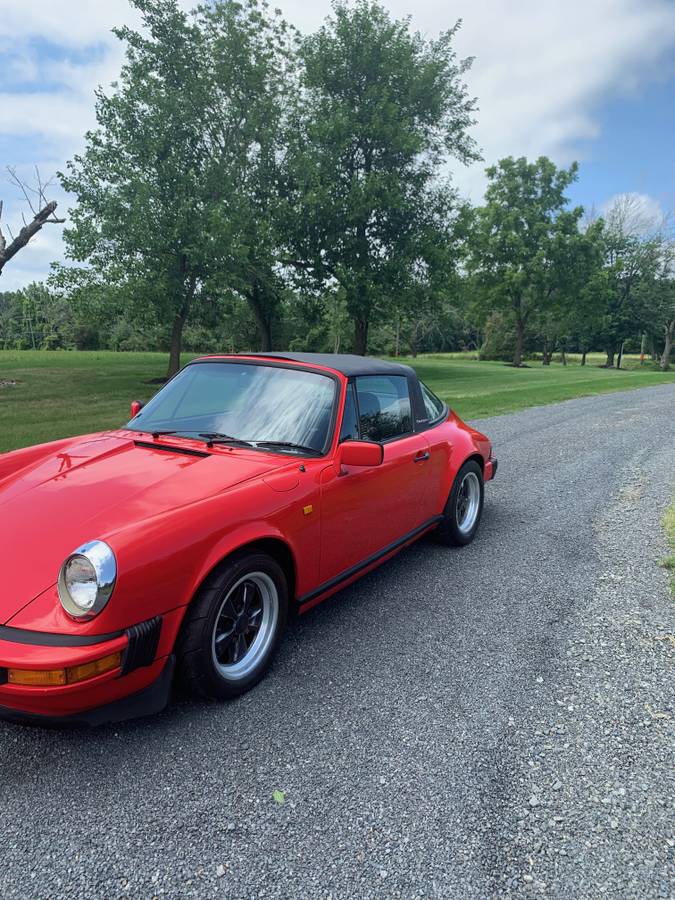 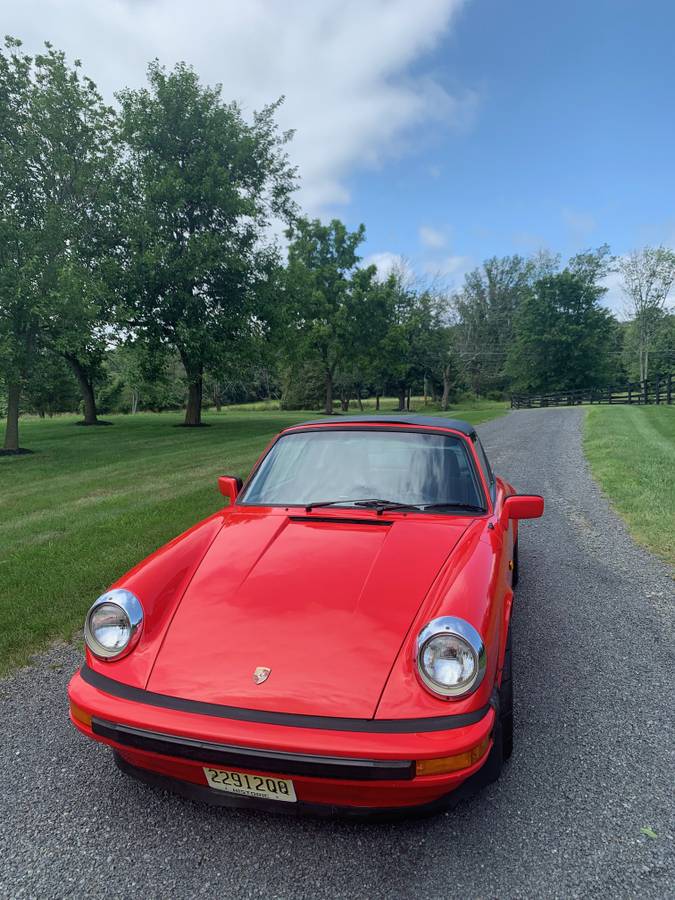 November 29, 2021 Update – The private seller of this ’81 Porsche 911 just replaced their original listing with a new Craigslist ad. In it, the verbiage, pictures, and asking price all remain the same.

October 28, 2021 Update – After originally stating the initial asking price of $49,999 was firm, three weeks in the private seller just lowered their asking price by two thousand dollars to $47,999.

Like it or not, prices of early air-cooled Porsche 911s continue to remain strong. That market demand has even spilled over into the later generations of Porsche’s classic sports car such as the 911SC 3.0 produced between 1978 and 1983.  A classic Targa model in the popular Guards Red over black leather color combination was originally listed in October 2021 on Craigslist in Pennington, New Jersey is a prime example.  A three-owner, European model (the last two of whom are related) with only 69,000 original miles, the current caretaker has it listed for $47,999 firm (the original ask was $49,999 firm).

In 1978, Porsche replaced the 911 2.7 with the 911SC, where the “SC” stands for “Super Carrera”, the first time Porsche reused that designation since the 356.  The updated 911 featured an enlarged 3.0-liter aluminum flat-six engine featuring Bosch K-Jetronic fuel injection producing 180 horsepower that transferred it through a 5-speed 915 transmission.  While critics at the time complained about the decrease of 20 horsepower versus the previous 911 2.7, this new 911 featured a new aluminum case that increased reliability over previous magnesium-based versions. In a sign of the times, leather upholstery, air conditioning, power mirrors, and forged alloy wheels became standard equipment as they became a car of choice among well-heeled Yuppies of the day.

The Hagerty Insurance YouTube Channel provides a nice ride-along video of a similar vintage 911SC in a rarer color combination:

In addition to not providing any interior, frunk, engine, or undercarriage pictures, the seller does not provide full-view side shots of their low-mileage 911. The most noticeable blemish based upon the pictures provided is the ill-fitting collapsible Targa roof. While not a problem when removed, the next caretaker should plan to have the unit repaired to ensure a water-tight cabin as well as minimize wind noise with the Targa in place.  With 69,000 miles, make sure the seller’s description of well-maintained history already includes the replacement of the timing chain tensioners and airbox pop-off valve.

“1981 Porsche 911 SC TARGA with 69,000 miles Guards Red with black interior. This is a Euro model! I am the third owner of the car, the second being my father-in-law. This is a garage kept automobile rode only in great weather. It is well maintained. No lowballers, please. I am not looking to simply unload it, it needs to go to someone who can appreciate her at the proper price. $49,999 firm.”

Show or go: what would you do with this Porsche 911SC 3.0?  Comment below and let us know!